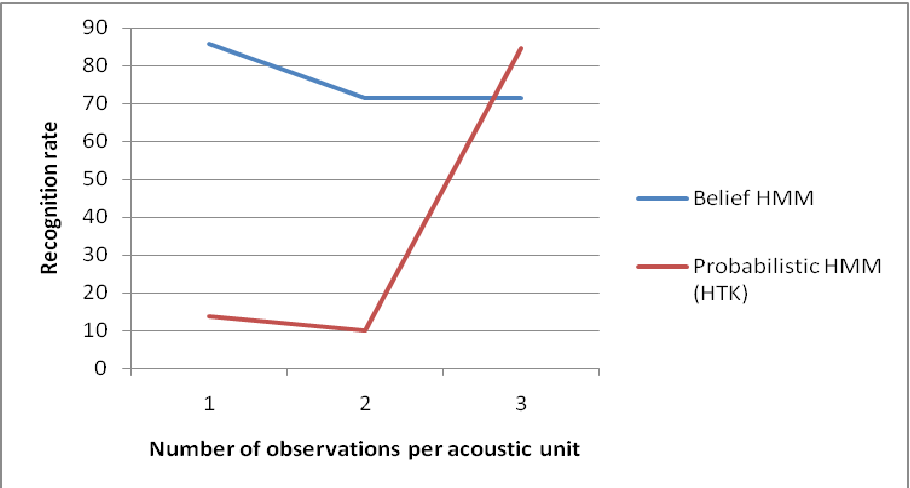 Speech Recognition searches to predict the spoken words automatically. These systems are known to be very expensive because of using several pre-recorded hours of speech. Hence, building a model that minimizes the cost of the recognizer will be very interesting. In this paper, we present a new approach for recognizing speech based on belief HMMs instead of proba-bilistic HMMs. Experiments shows that our belief recognizer is insensitive to the lack of the data and it can be trained using only one exemplary of each acoustic unit and it gives a good recognition rates. Consequently, using the belief HMM recognizer can greatly minimize the cost of these systems. 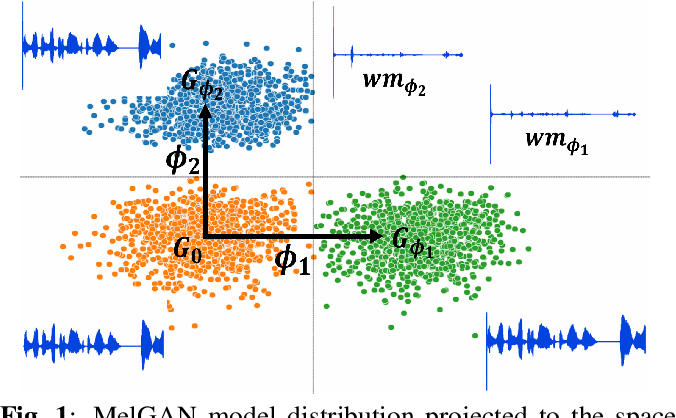 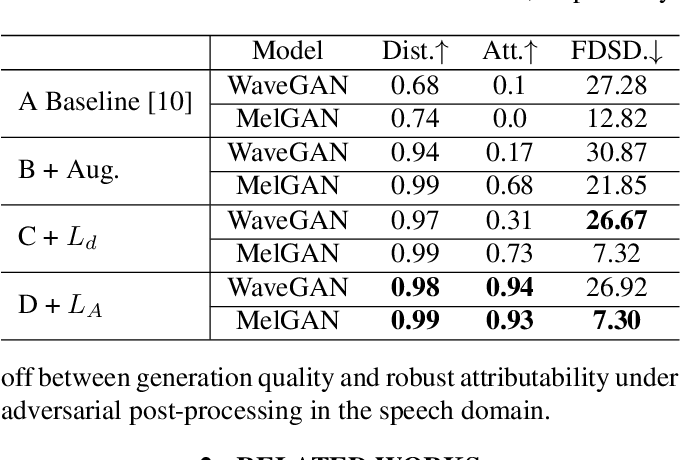 Generative models are now capable of synthesizing images, speeches, and videos that are hardly distinguishable from authentic contents. Such capabilities cause concerns such as malicious impersonation and IP theft. This paper investigates a solution for model attribution, i.e., the classification of synthetic contents by their source models via watermarks embedded in the contents. Building on past success of model attribution in the image domain, we discuss algorithmic improvements for generating user-end speech models that empirically achieve high attribution accuracy, while maintaining high generation quality. We show the trade off between attributability and generation quality under a variety of attacks on generated speech signals attempting to remove the watermarks, and the feasibility of learning robust watermarks against these attacks. 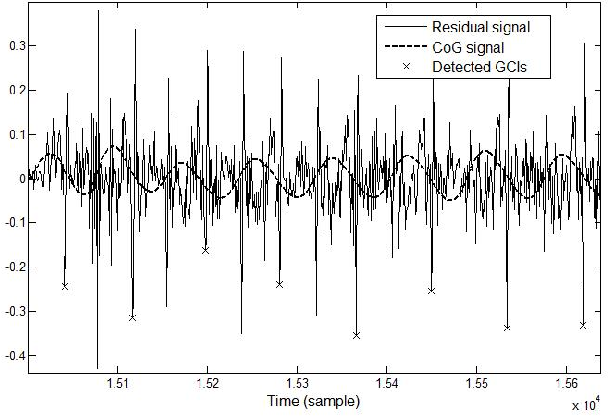 Statistical parametric speech synthesizers have recently shown their ability to produce natural-sounding and flexible voices. Unfortunately the delivered quality suffers from a typical buzziness due to the fact that speech is vocoded. This paper proposes a new excitation model in order to reduce this undesirable effect. This model is based on the decomposition of pitch-synchronous residual frames on an orthonormal basis obtained by Principal Component Analysis. This basis contains a limited number of eigenresiduals and is computed on a relatively small speech database. A stream of PCA-based coefficients is added to our HMM-based synthesizer and allows to generate the voiced excitation during the synthesis. An improvement compared to the traditional excitation is reported while the synthesis engine footprint remains under about 1Mb. 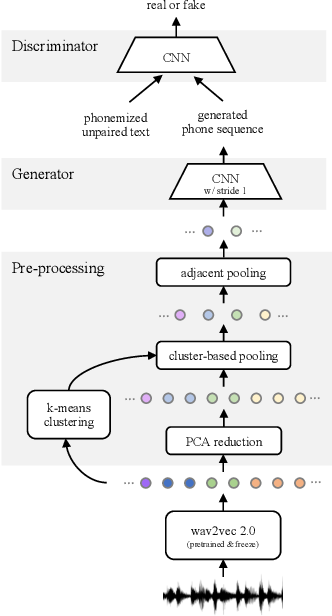 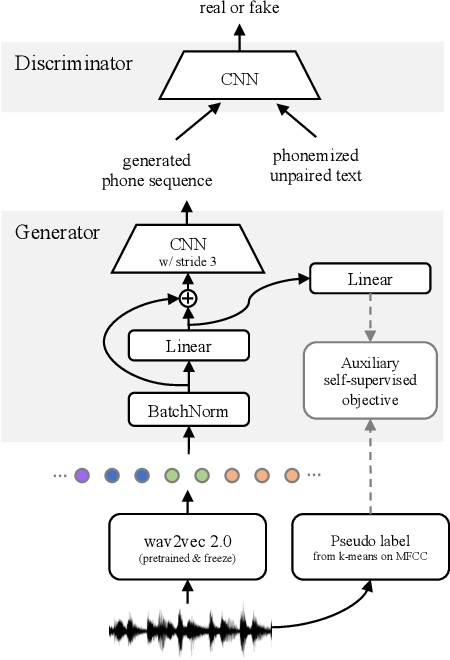 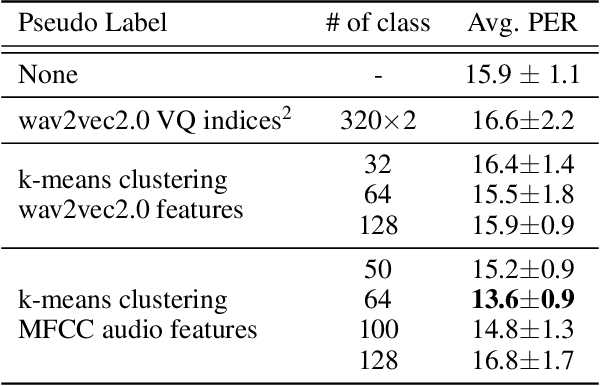 Unsupervised speech recognition has shown great potential to make Automatic Speech Recognition (ASR) systems accessible to every language. However, existing methods still heavily rely on hand-crafted pre-processing. Similar to the trend of making supervised speech recognition end-to-end, we introduce \wvu~which does away with all audio-side pre-processing and improves accuracy through better architecture. In addition, we introduce an auxiliary self-supervised objective that ties model predictions back to the input. Experiments show that \wvu~improves unsupervised recognition results across different languages while being conceptually simpler.

In this work, we demonstrate the existence of universal adversarial audio perturbations that cause mis-transcription of audio signals by automatic speech recognition (ASR) systems. We propose an algorithm to find a single quasi-imperceptible perturbation, which when added to any arbitrary speech signal, will most likely fool the victim speech recognition model. Our experiments demonstrate the application of our proposed technique by crafting audio-agnostic universal perturbations for the state-of-the-art ASR system -- Mozilla DeepSpeech. Additionally, we show that such perturbations generalize to a significant extent across models that are not available during training, by performing a transferability test on a WaveNet based ASR system. 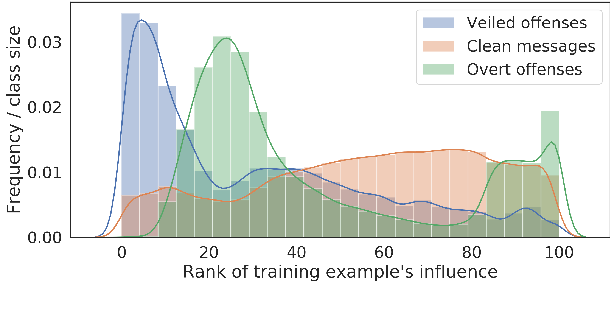 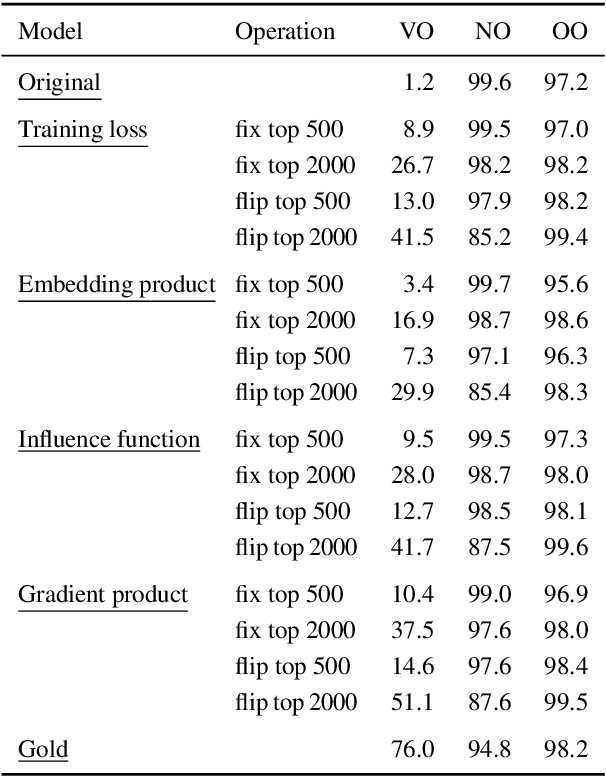 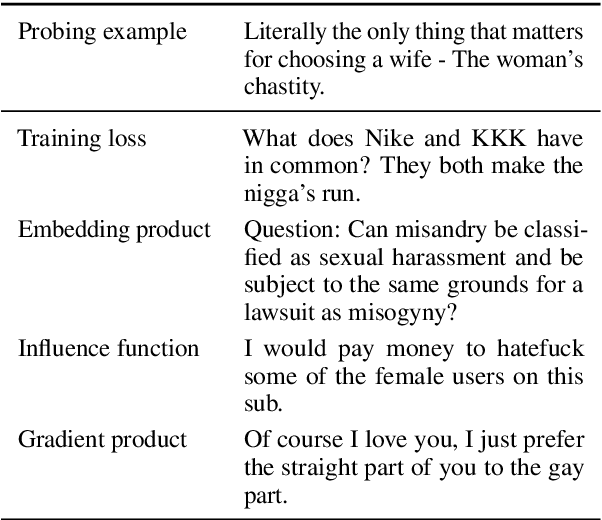 Modern toxic speech detectors are incompetent in recognizing disguised offensive language, such as adversarial attacks that deliberately avoid known toxic lexicons, or manifestations of implicit bias. Building a large annotated dataset for such veiled toxicity can be very expensive. In this work, we propose a framework aimed at fortifying existing toxic speech detectors without a large labeled corpus of veiled toxicity. Just a handful of probing examples are used to surface orders of magnitude more disguised offenses. We augment the toxic speech detector's training data with these discovered offensive examples, thereby making it more robust to veiled toxicity while preserving its utility in detecting overt toxicity. 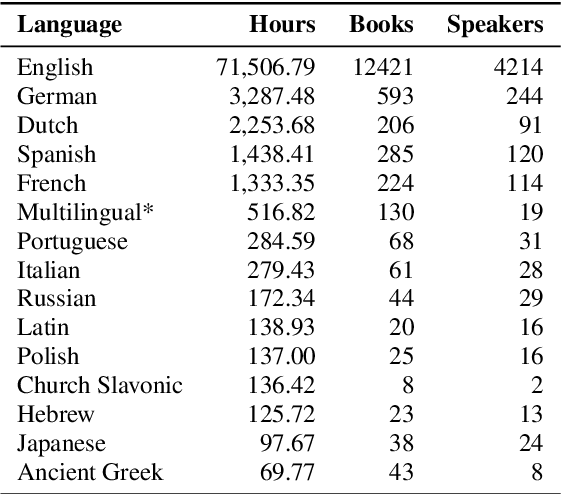 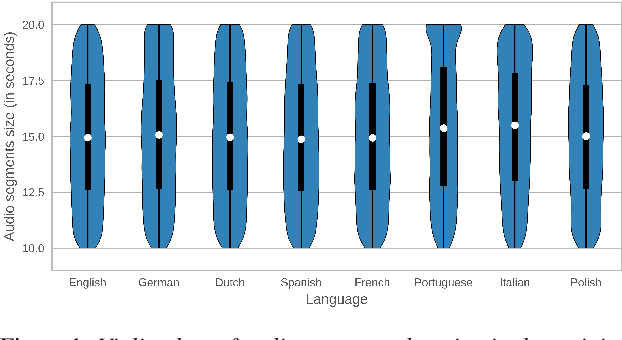 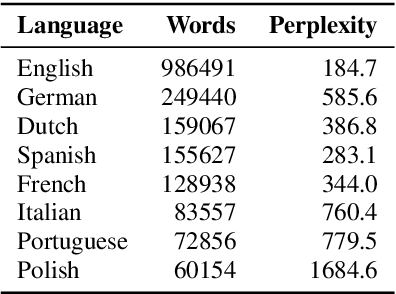 This paper introduces Multilingual LibriSpeech (MLS) dataset, a large multilingual corpus suitable for speech research. The dataset is derived from read audiobooks from LibriVox and consists of 8 languages, including about 44.5K hours of English and a total of about 6K hours for other languages. Additionally, we provide Language Models (LM) and baseline Automatic Speech Recognition (ASR) models and for all the languages in our dataset. We believe such a large transcribed dataset will open new avenues in ASR and Text-To-Speech (TTS) research. The dataset will be made freely available for anyone at http://www.openslr.org.

Disentangling speech from surroundings in a neural audio codec

We present a method to separate speech signals from noisy environments in the compressed domain of a neural audio codec. We introduce a new training procedure that allows our model to produce structured encodings of audio waveforms given by embedding vectors, where one part of the embedding vector represents the speech signal, and the rest represents the environment. We achieve this by partitioning the embeddings of different input waveforms and training the model to faithfully reconstruct audio from mixed partitions, thereby ensuring each partition encodes a separate audio attribute. As use cases, we demonstrate the separation of speech from background noise or from reverberation characteristics. Our method also allows for targeted adjustments of the audio output characteristics. 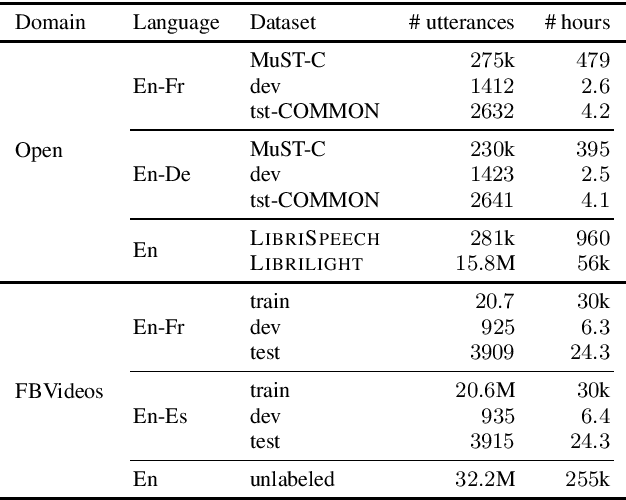 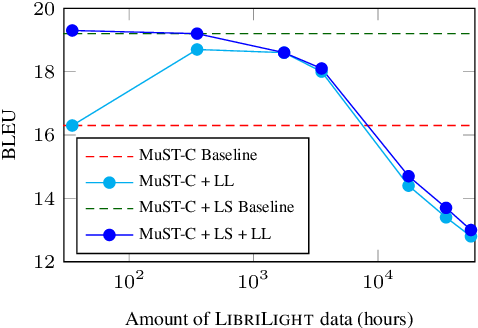 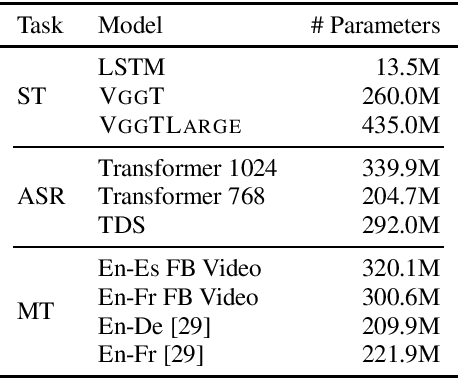 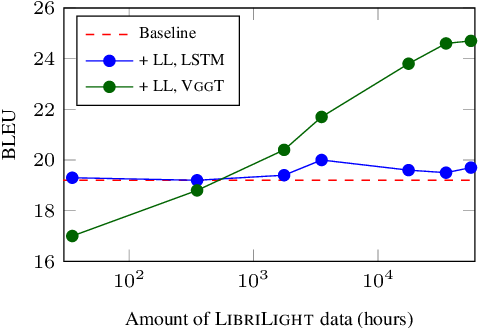 One of the main challenges for end-to-end speech translation is data scarcity. We leverage pseudo-labels generated from unlabeled audio by a cascade and an end-to-end speech translation model. This provides 8.3 and 5.7 BLEU gains over a strong semi-supervised baseline on the MuST-C English-French and English-German datasets, reaching state-of-the art performance. The effect of the quality of the pseudo-labels is investigated. Our approach is shown to be more effective than simply pre-training the encoder on the speech recognition task. Finally, we demonstrate the effectiveness of self-training by directly generating pseudo-labels with an end-to-end model instead of a cascade model.