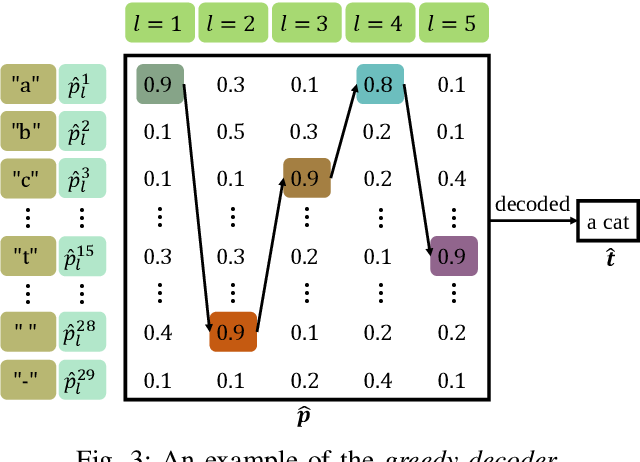 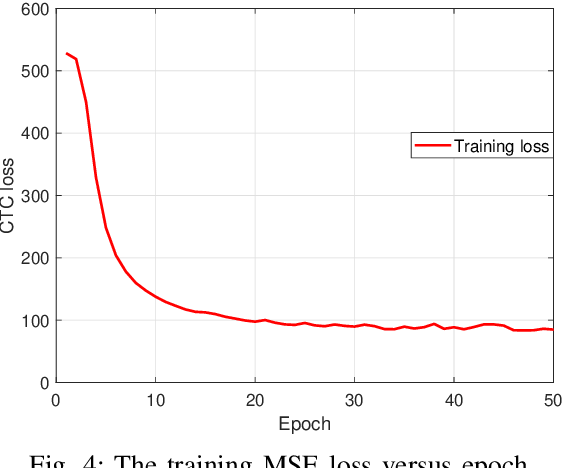 The traditional communications transmit all the source date represented by bits, regardless of the content of source and the semantic information required by the receiver. However, in some applications, the receiver only needs part of the source data that represents critical semantic information, which prompts to transmit the application-related information, especially when bandwidth resources are limited. In this paper, we consider a semantic communication system for speech recognition by designing the transceiver as an end-to-end (E2E) system. Particularly, a deep learning (DL)-enabled semantic communication system, named DeepSC-SR, is developed to learn and extract text-related semantic features at the transmitter, which motivates the system to transmit much less than the source speech data without performance degradation. Moreover, in order to facilitate the proposed DeepSC-SR for dynamic channel environments, we investigate a robust model to cope with various channel environments without requiring retraining. The simulation results demonstrate that our proposed DeepSC-SR outperforms the traditional communication systems in terms of the speech recognition metrics, such as character-error-rate and word-error-rate, and is more robust to channel variations, especially in the low signal-to-noise (SNR) regime.

In this work, we demonstrate the existence of universal adversarial audio perturbations that cause mis-transcription of audio signals by automatic speech recognition (ASR) systems. We propose an algorithm to find a single quasi-imperceptible perturbation, which when added to any arbitrary speech signal, will most likely fool the victim speech recognition model. Our experiments demonstrate the application of our proposed technique by crafting audio-agnostic universal perturbations for the state-of-the-art ASR system -- Mozilla DeepSpeech. Additionally, we show that such perturbations generalize to a significant extent across models that are not available during training, by performing a transferability test on a WaveNet based ASR system. 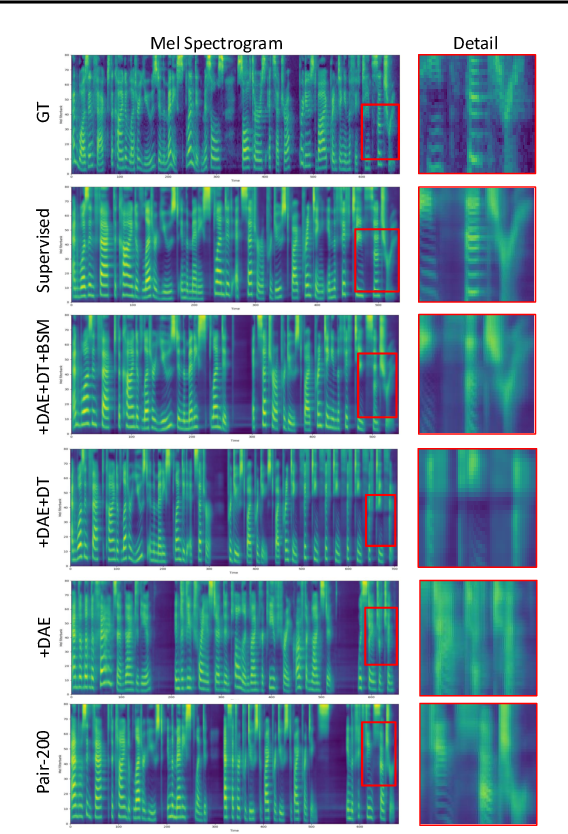 Text to speech (TTS) and automatic speech recognition (ASR) are two dual tasks in speech processing and both achieve impressive performance thanks to the recent advance in deep learning and large amount of aligned speech and text data. However, the lack of aligned data poses a major practical problem for TTS and ASR on low-resource languages. In this paper, by leveraging the dual nature of the two tasks, we propose an almost unsupervised learning method that only leverages few hundreds of paired data and extra unpaired data for TTS and ASR. Our method consists of the following components: (1) a denoising auto-encoder, which reconstructs speech and text sequences respectively to develop the capability of language modeling both in speech and text domain; (2) dual transformation, where the TTS model transforms the text $y$ into speech $\hat{x}$, and the ASR model leverages the transformed pair $(\hat{x},y)$ for training, and vice versa, to boost the accuracy of the two tasks; (3) bidirectional sequence modeling, which addresses error propagation especially in the long speech and text sequence when training with few paired data; (4) a unified model structure, which combines all the above components for TTS and ASR based on Transformer model. Our method achieves 99.84% in terms of word level intelligible rate and 2.68 MOS for TTS, and 11.7% PER for ASR on LJSpeech dataset, by leveraging only 200 paired speech and text data (about 20 minutes audio), together with extra unpaired speech and text data. 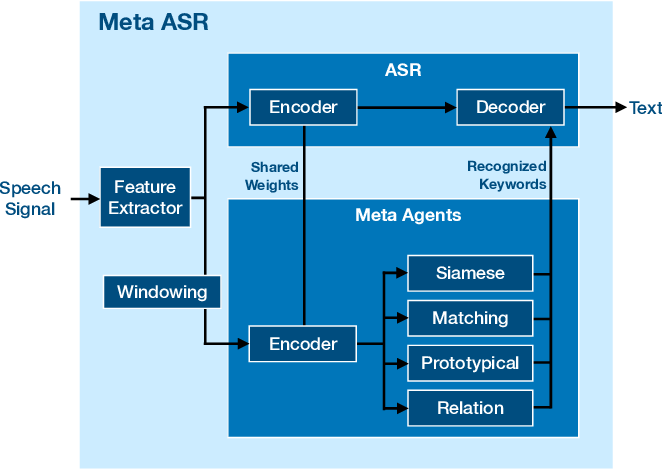 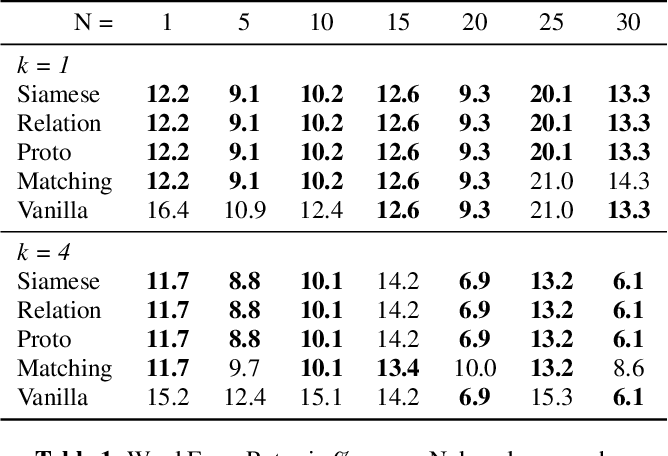 We propose a new method of generating meaningful embeddings for speech, changes to four commonly used meta learning approaches to enable them to perform keyword spotting in continuous signals and an approach of combining their outcomes into an end-to-end automatic speech recognition system to improve rare word recognition. We verify the functionality of each of our three contributions in two experiments exploring their performance for different amounts of classes (N-way) and examples per class (k-shot) in a few-shot setting. We find that the speech embeddings work well and the changes to the meta learning approaches also clearly enable them to perform continuous signal spotting. Despite the interface between keyword spotting and speech recognition being very simple, we are able to consistently improve word error rate by up to 5%.


* Revised version to be published in the proceedings of ICASSP 2021

Utterance partitioning for speaker recognition: an experimental review and analysis with new findings under GMM-SVM framework 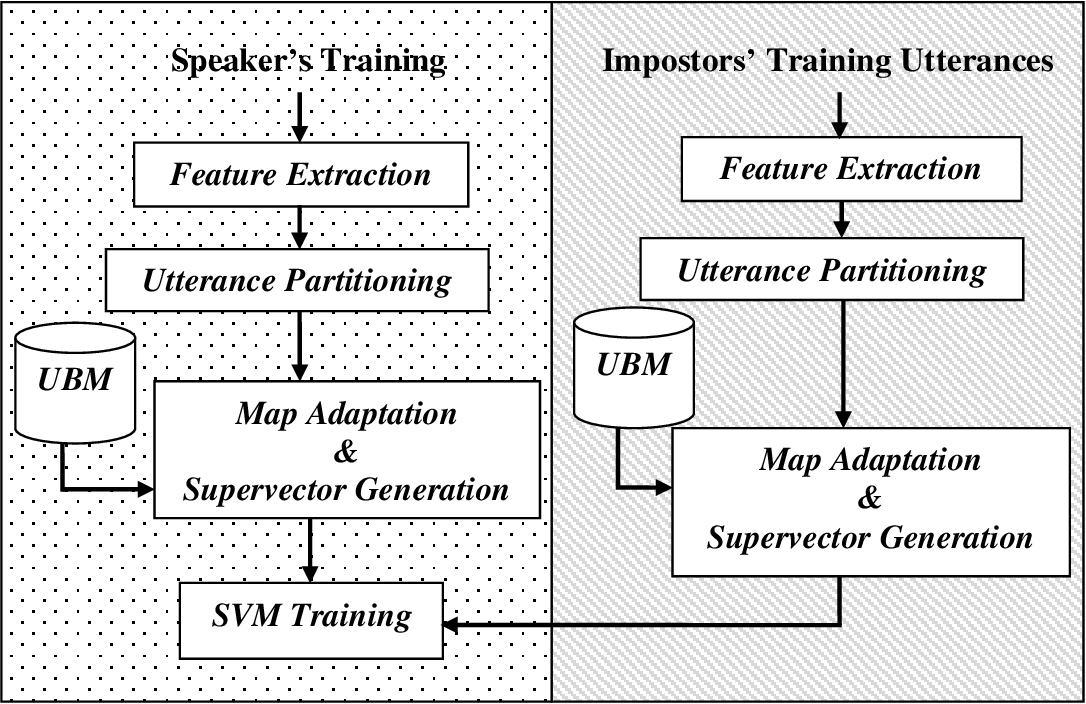 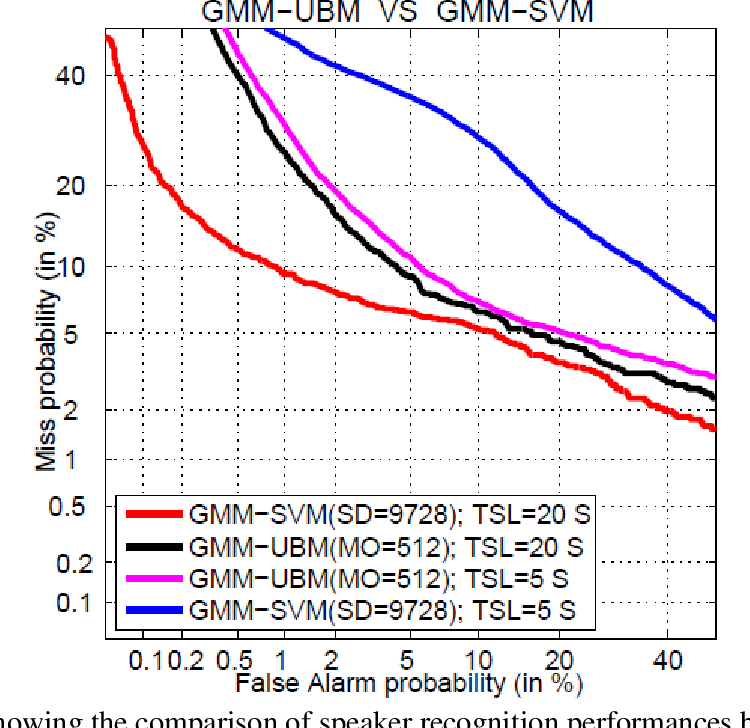 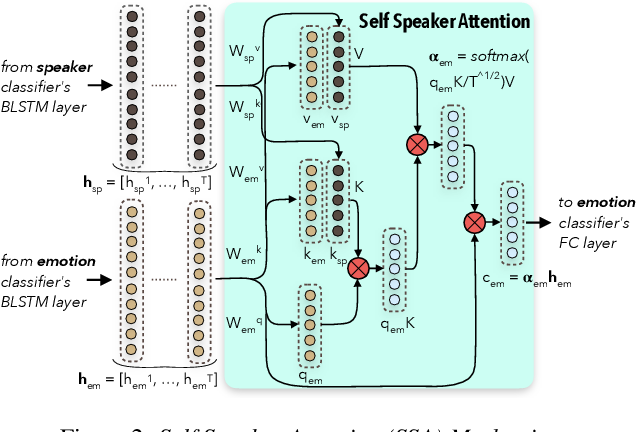 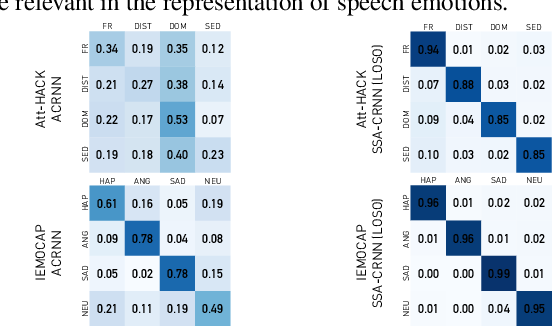 Speech Emotion Recognition (SER) task has known significant improvements over the last years with the advent of Deep Neural Networks (DNNs). However, even the most successful methods are still rather failing when adaptation to specific speakers and scenarios is needed, inevitably leading to poorer performances when compared to humans. In this paper, we present novel work based on the idea of teaching the emotion recognition network about speaker identity. Our system is a combination of two ACRNN classifiers respectively dedicated to speaker and emotion recognition. The first informs the latter through a Self Speaker Attention (SSA) mechanism that is shown to considerably help to focus on emotional information of the speech signal. Experiments on social attitudes database Att-HACK and IEMOCAP corpus demonstrate the effectiveness of the proposed method and achieve the state-of-the-art performance in terms of unweighted average recall. 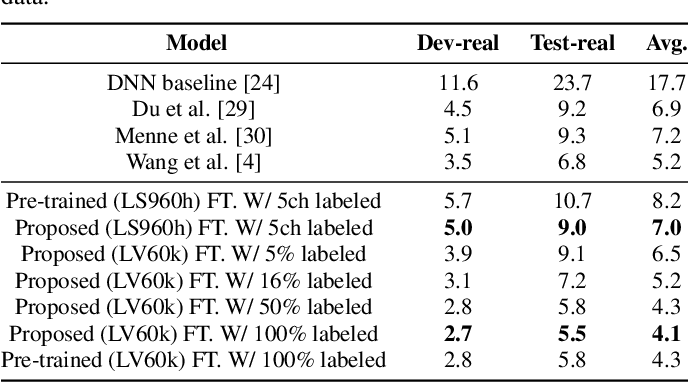 Noise robustness is essential for deploying automatic speech recognition (ASR) systems in real-world environments. One way to reduce the effect of noise interference is to employ a preprocessing module that conducts speech enhancement, and then feed the enhanced speech to an ASR backend. In this work, instead of suppressing background noise with a conventional cascaded pipeline, we employ a noise-robust representation learned by a refined self-supervised framework for noisy speech recognition. We propose to combine a reconstruction module with contrastive learning and perform multi-task continual pre-training on noisy data. The reconstruction module is used for auxiliary learning to improve the noise robustness of the learned representation and thus is not required during inference. Experiments demonstrate the effectiveness of our proposed method. Our model substantially reduces the word error rate (WER) for the synthesized noisy LibriSpeech test sets, and yields around 4.1/7.5% WER reduction on noisy clean/other test sets compared to data augmentation. For the real-world noisy speech from the CHiME-4 challenge (1-channel track), we have obtained the state of the art ASR performance without any denoising front-end. Moreover, we achieve comparable performance to the best supervised approach reported with only 16% of labeled data. 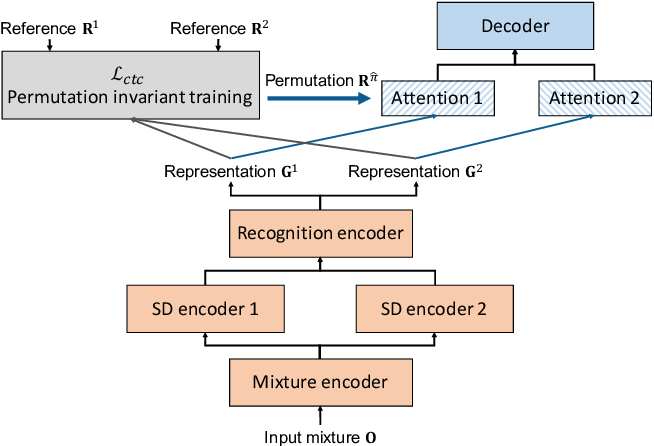 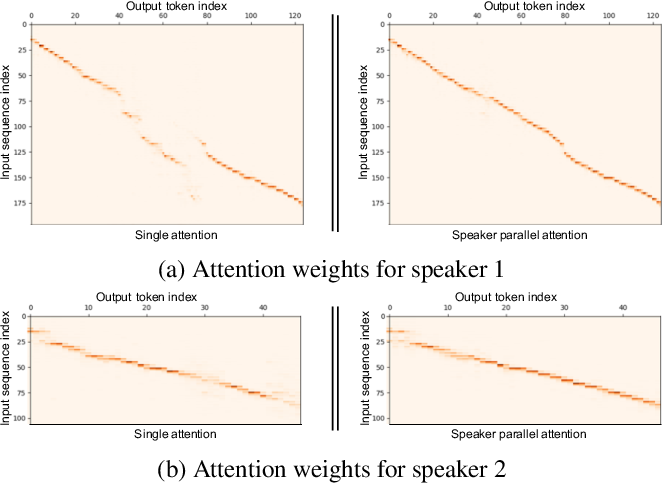 Recently, end-to-end models have become a popular approach as an alternative to traditional hybrid models in automatic speech recognition (ASR). The multi-speaker speech separation and recognition task is a central task in cocktail party problem. In this paper, we present a state-of-the-art monaural multi-speaker end-to-end automatic speech recognition model. In contrast to previous studies on the monaural multi-speaker speech recognition, this end-to-end framework is trained to recognize multiple label sequences completely from scratch. The system only requires the speech mixture and corresponding label sequences, without needing any indeterminate supervisions obtained from non-mixture speech or corresponding labels/alignments. Moreover, we exploited using the individual attention module for each separated speaker and the scheduled sampling to further improve the performance. Finally, we evaluate the proposed model on the 2-speaker mixed speech generated from the WSJ corpus and the wsj0-2mix dataset, which is a speech separation and recognition benchmark. The experiments demonstrate that the proposed methods can improve the performance of the end-to-end model in separating the overlapping speech and recognizing the separated streams. From the results, the proposed model leads to ~10.0% relative performance gains in terms of CER and WER respectively. 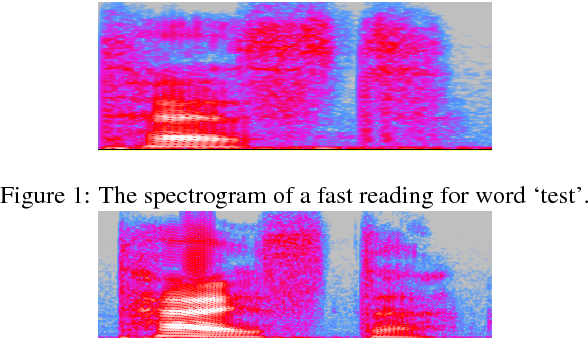 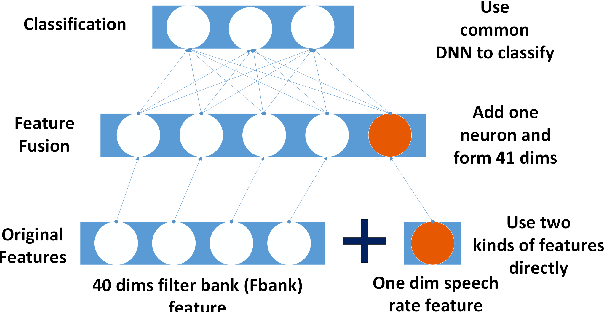