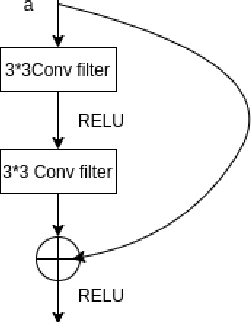 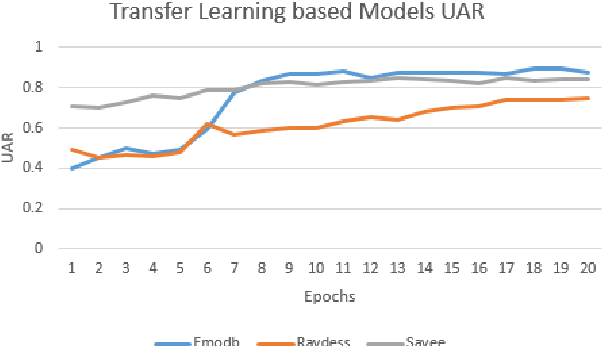 It has been established that Speech Affect Recognition for low resource languages is a difficult task. Here we present a Transfer learning based Speech Affect Recognition approach in which: we pre-train a model for high resource language affect recognition task and fine tune the parameters for low resource language using Deep Residual Network. Here we use standard four data sets to demonstrate that transfer learning can solve the problem of data scarcity for Affect Recognition task. We demonstrate that our approach is efficient by achieving 74.7 percent UAR on RAVDESS as source and Urdu data set as a target. Through an ablation study, we have identified that pre-trained model adds most of the features information, improvement in results and solves less data issues. Using this knowledge, we have also experimented on SAVEE and EMO-DB data set by setting Urdu as target language where only 400 utterances of data is available. This approach achieves high Unweighted Average Recall (UAR) when compared with existing algorithms. 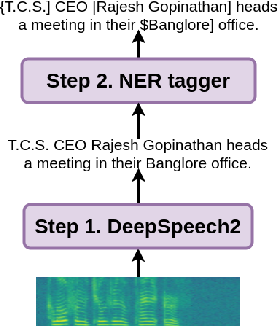 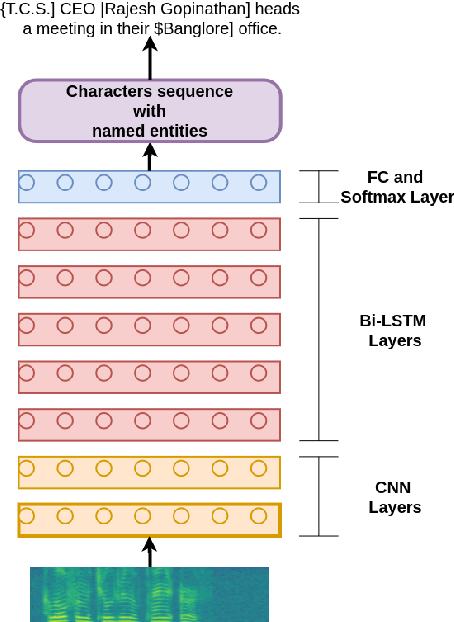 Named entity recognition (NER) from text has been a widely studied problem and usually extracts semantic information from text. Until now, NER from speech is mostly studied in a two-step pipeline process that includes first applying an automatic speech recognition (ASR) system on an audio sample and then passing the predicted transcript to a NER tagger. In such cases, the error does not propagate from one step to another as both the tasks are not optimized in an end-to-end (E2E) fashion. Recent studies confirm that integrated approaches (e.g., E2E ASR) outperform sequential ones (e.g., phoneme based ASR). In this paper, we introduce a first publicly available NER annotated dataset for English speech and present an E2E approach, which jointly optimizes the ASR and NER tagger components. Experimental results show that the proposed E2E approach outperforms the classical two-step approach. We also discuss how NER from speech can be used to handle out of vocabulary (OOV) words in an ASR system. 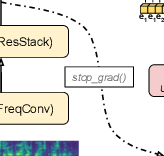 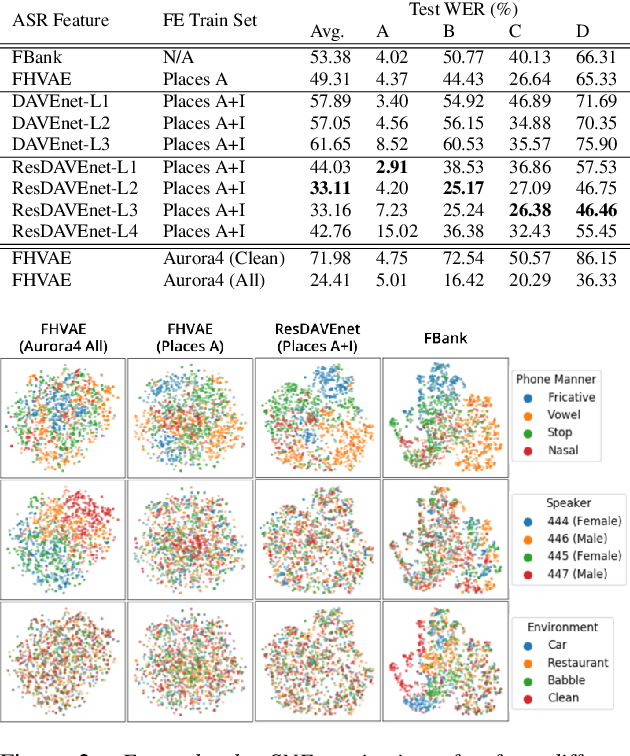 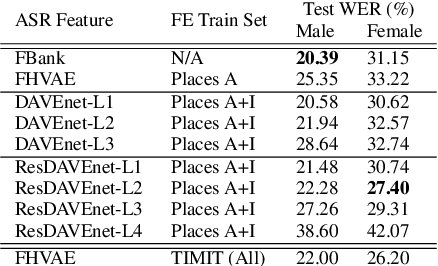 Transfer learning aims to reduce the amount of data required to excel at a new task by re-using the knowledge acquired from learning other related tasks. This paper proposes a novel transfer learning scenario, which distills robust phonetic features from grounding models that are trained to tell whether a pair of image and speech are semantically correlated, without using any textual transcripts. As semantics of speech are largely determined by its lexical content, grounding models learn to preserve phonetic information while disregarding uncorrelated factors, such as speaker and channel. To study the properties of features distilled from different layers, we use them as input separately to train multiple speech recognition models. Empirical results demonstrate that layers closer to input retain more phonetic information, while following layers exhibit greater invariance to domain shift. Moreover, while most previous studies include training data for speech recognition for feature extractor training, our grounding models are not trained on any of those data, indicating more universal applicability to new domains. 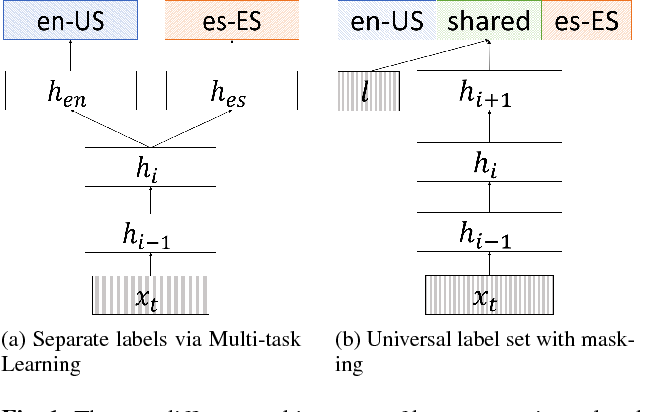 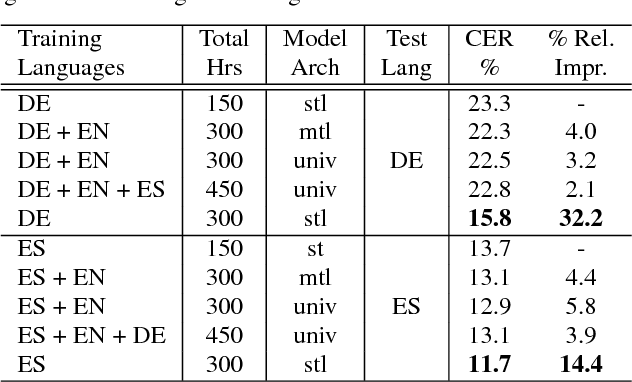 Building speech recognizers in multiple languages typically involves replicating a monolingual training recipe for each language, or utilizing a multi-task learning approach where models for different languages have separate output labels but share some internal parameters. In this work, we exploit recent progress in end-to-end speech recognition to create a single multilingual speech recognition system capable of recognizing any of the languages seen in training. To do so, we propose the use of a universal character set that is shared among all languages. We also create a language-specific gating mechanism within the network that can modulate the network's internal representations in a language-specific way. We evaluate our proposed approach on the Microsoft Cortana task across three languages and show that our system outperforms both the individual monolingual systems and systems built with a multi-task learning approach. We also show that this model can be used to initialize a monolingual speech recognizer, and can be used to create a bilingual model for use in code-switching scenarios. 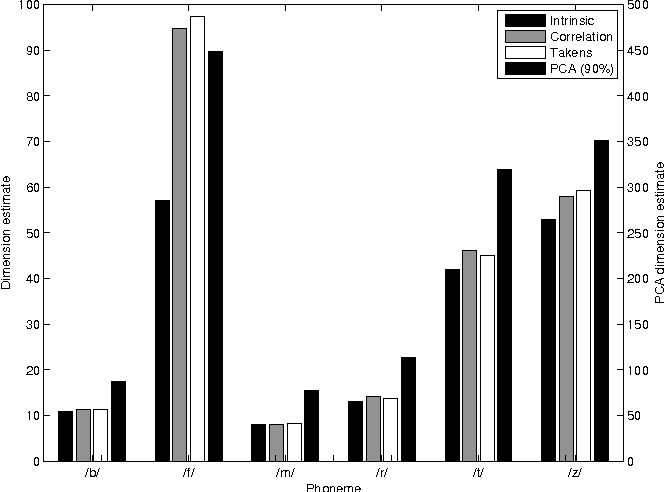 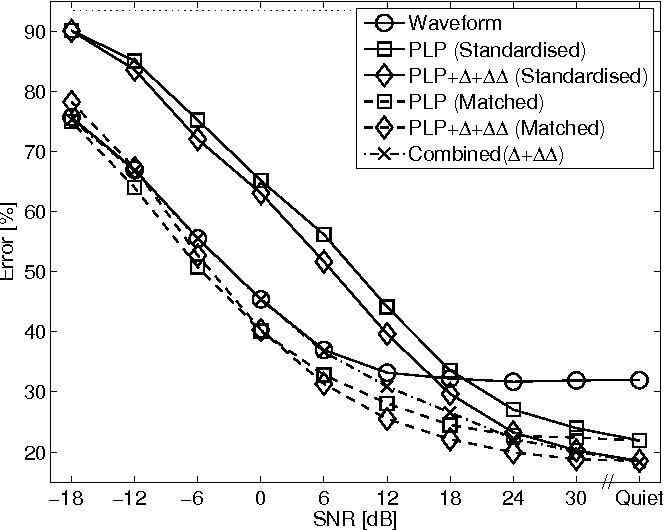 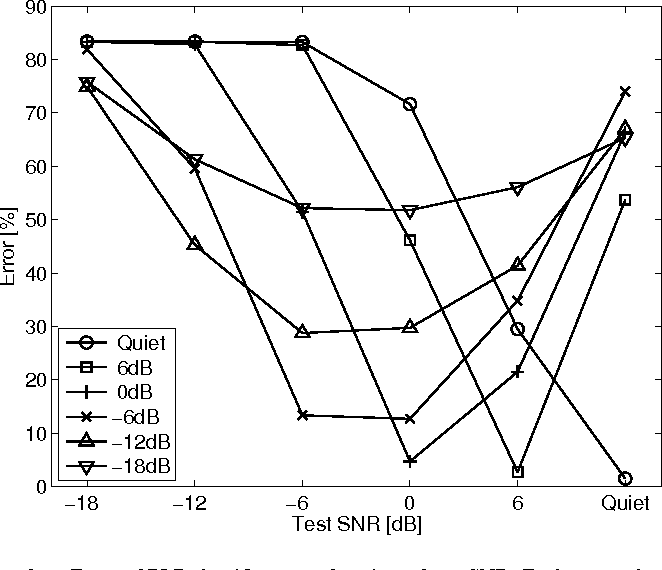 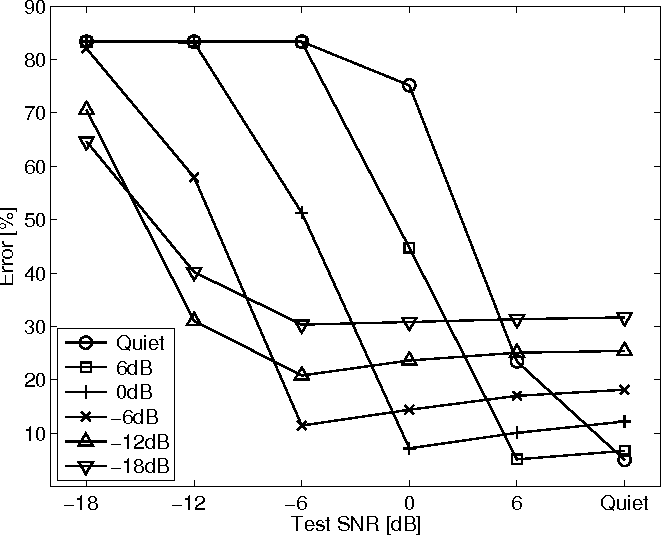 Speech representation and modelling in high-dimensional spaces of acoustic waveforms, or a linear transformation thereof, is investigated with the aim of improving the robustness of automatic speech recognition to additive noise. The motivation behind this approach is twofold: (i) the information in acoustic waveforms that is usually removed in the process of extracting low-dimensional features might aid robust recognition by virtue of structured redundancy analogous to channel coding, (ii) linear feature domains allow for exact noise adaptation, as opposed to representations that involve non-linear processing which makes noise adaptation challenging. Thus, we develop a generative framework for phoneme modelling in high-dimensional linear feature domains, and use it in phoneme classification and recognition tasks. Results show that classification and recognition in this framework perform better than analogous PLP and MFCC classifiers below 18 dB SNR. A combination of the high-dimensional and MFCC features at the likelihood level performs uniformly better than either of the individual representations across all noise levels.

Improved Robustness to Disfluencies in RNN-Transducer Based Speech Recognition

Lombard Effect for Bilingual Speakers in Cantonese and English: importance of spectro-temporal features 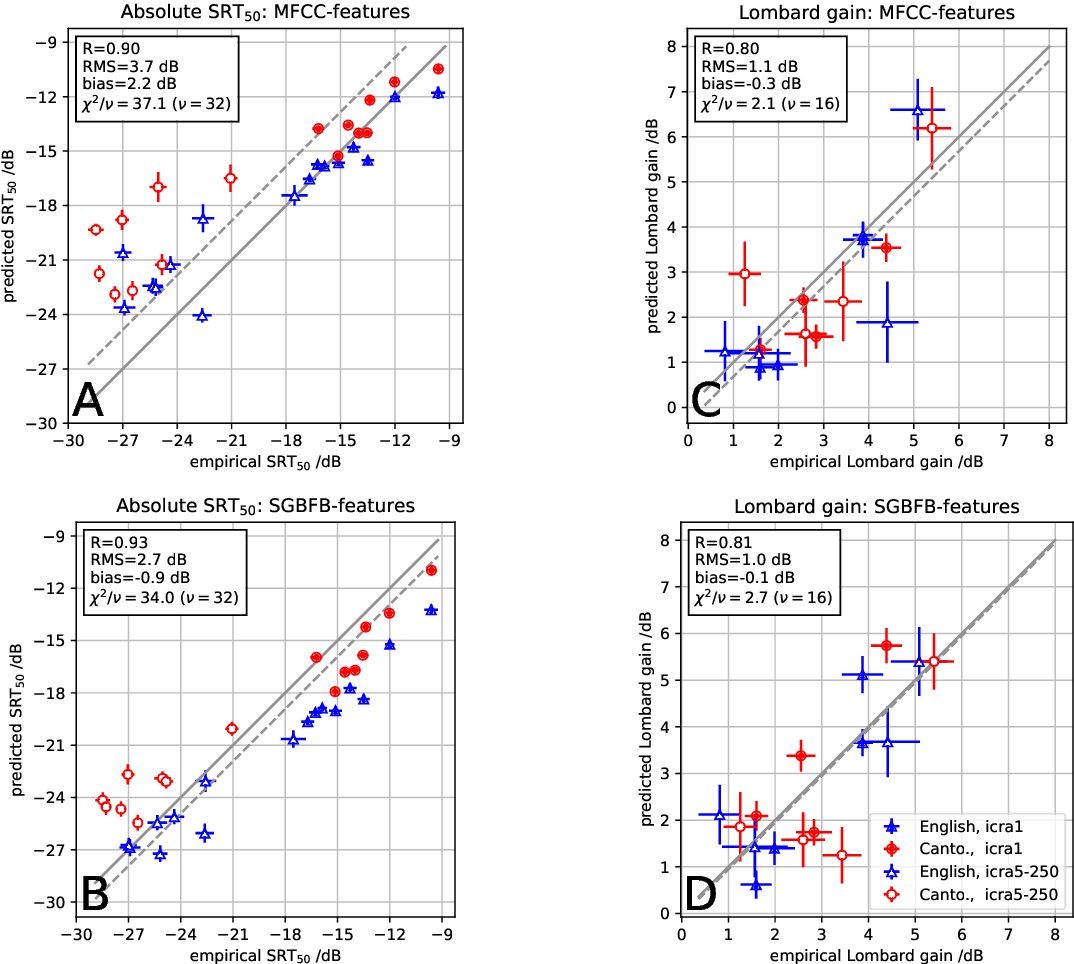 Recognizing Speech in a Novel Accent: The Motor Theory of Speech Perception Reframed 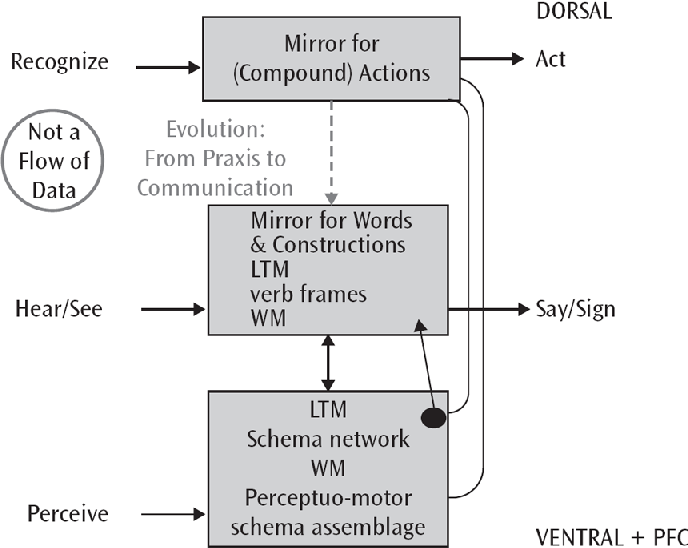 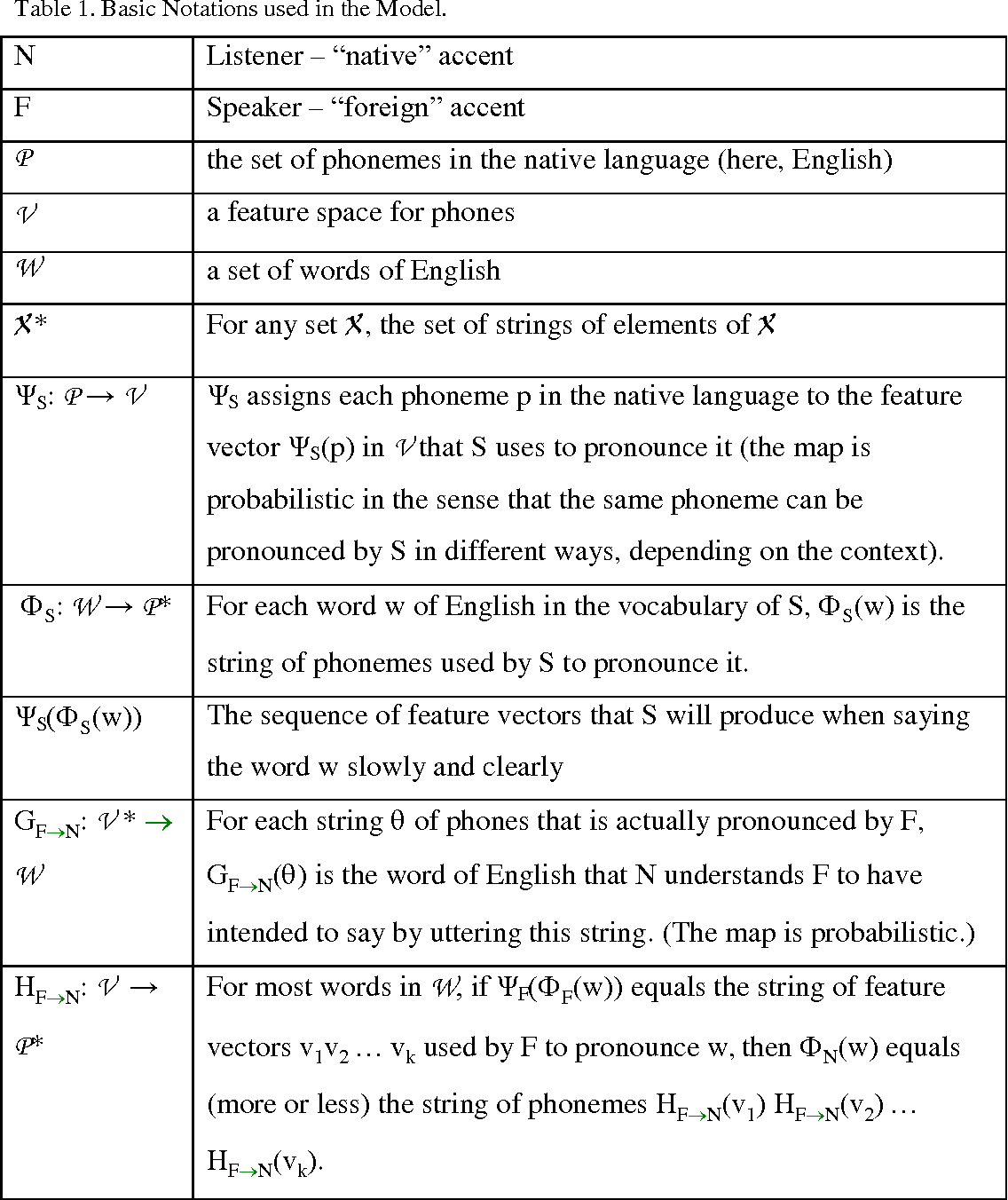 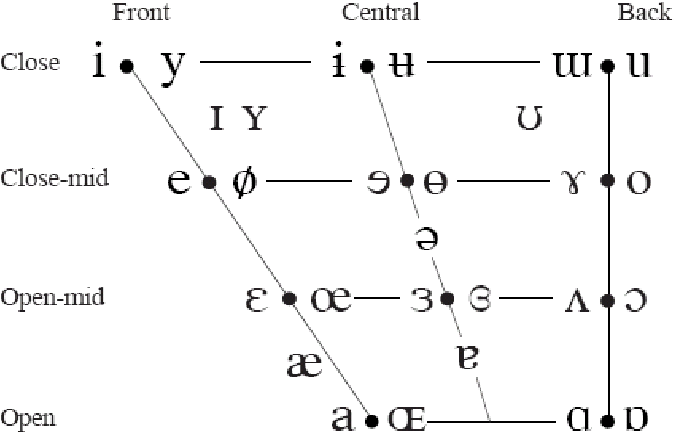 The motor theory of speech perception holds that we perceive the speech of another in terms of a motor representation of that speech. However, when we have learned to recognize a foreign accent, it seems plausible that recognition of a word rarely involves reconstruction of the speech gestures of the speaker rather than the listener. To better assess the motor theory and this observation, we proceed in three stages. Part 1 places the motor theory of speech perception in a larger framework based on our earlier models of the adaptive formation of mirror neurons for grasping, and for viewing extensions of that mirror system as part of a larger system for neuro-linguistic processing, augmented by the present consideration of recognizing speech in a novel accent. Part 2 then offers a novel computational model of how a listener comes to understand the speech of someone speaking the listener's native language with a foreign accent. The core tenet of the model is that the listener uses hypotheses about the word the speaker is currently uttering to update probabilities linking the sound produced by the speaker to phonemes in the native language repertoire of the listener. This, on average, improves the recognition of later words. This model is neutral regarding the nature of the representations it uses (motor vs. auditory). It serve as a reference point for the discussion in Part 3, which proposes a dual-stream neuro-linguistic architecture to revisits claims for and against the motor theory of speech perception and the relevance of mirror neurons, and extracts some implications for the reframing of the motor theory. 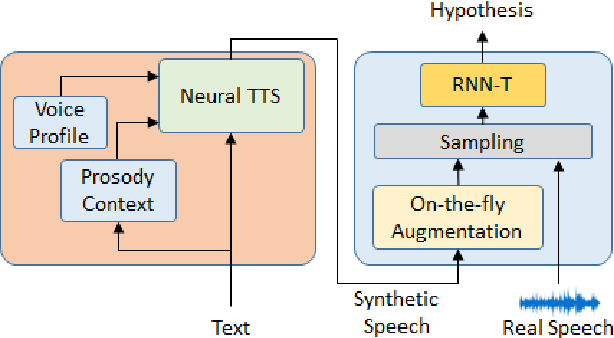 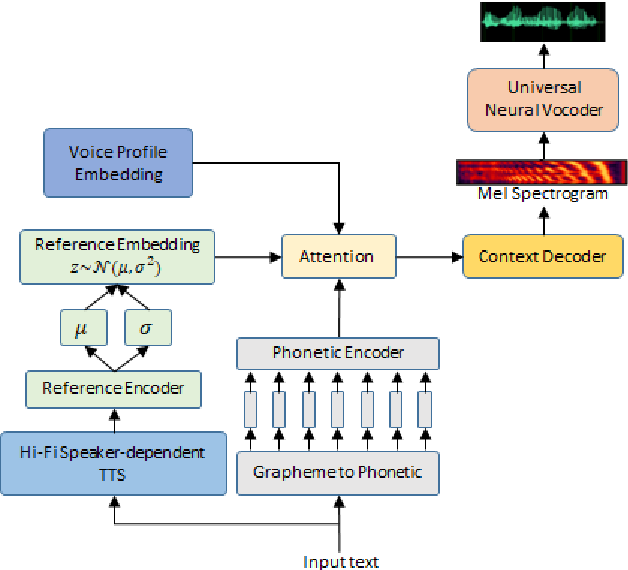 End-to-end (E2E) automatic speech recognition (ASR) models have recently demonstrated superior performance over the traditional hybrid ASR models. Training an E2E ASR model requires a large amount of data which is not only expensive but may also raise dependency on production data. At the same time, synthetic speech generated by the state-of-the-art text-to-speech (TTS) engines has advanced to near-human naturalness. In this work, we propose to utilize synthetic speech for ASR training (SynthASR) in applications where data is sparse or hard to get for ASR model training. In addition, we apply continual learning with a novel multi-stage training strategy to address catastrophic forgetting, achieved by a mix of weighted multi-style training, data augmentation, encoder freezing, and parameter regularization. In our experiments conducted on in-house datasets for a new application of recognizing medication names, training ASR RNN-T models with synthetic audio via the proposed multi-stage training improved the recognition performance on new application by more than 65% relative, without degradation on existing general applications. Our observations show that SynthASR holds great promise in training the state-of-the-art large-scale E2E ASR models for new applications while reducing the costs and dependency on production data. 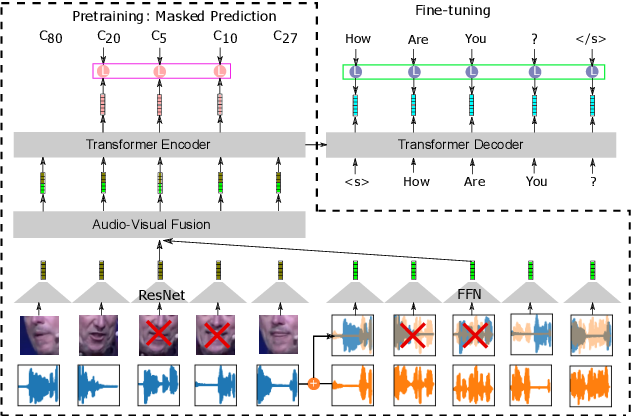 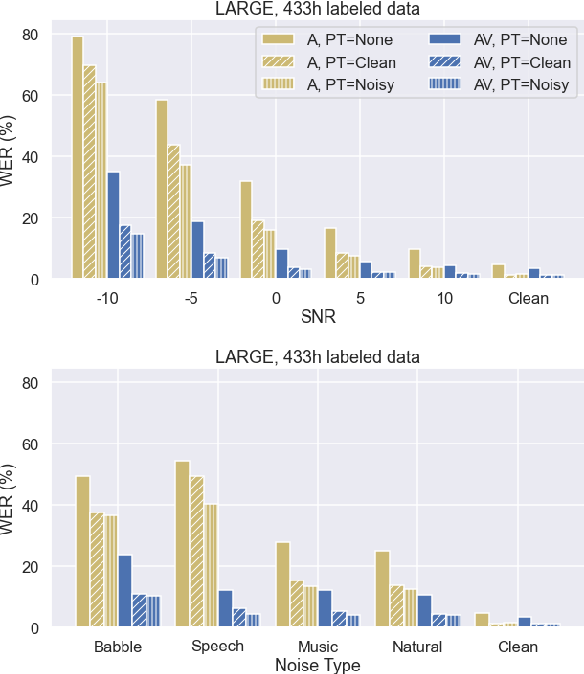 Audio-based automatic speech recognition (ASR) degrades significantly in noisy environments and is particularly vulnerable to interfering speech, as the model cannot determine which speaker to transcribe. Audio-visual speech recognition (AVSR) systems improve robustness by complementing the audio stream with the visual information that is invariant to noise and helps the model focus on the desired speaker. However, previous AVSR work focused solely on the supervised learning setup; hence the progress was hindered by the amount of labeled data available. In this work, we present a self-supervised AVSR framework built upon Audio-Visual HuBERT (AV-HuBERT), a state-of-the-art audio-visual speech representation learning model. On the largest available AVSR benchmark dataset LRS3, our approach outperforms prior state-of-the-art by ~50% (28.0% vs. 14.1%) using less than 10% of labeled data (433hr vs. 30hr) in the presence of babble noise, while reducing the WER of an audio-based model by over 75% (25.8% vs. 5.8%) on average.