Great progress has been made in 3D body pose and shape estimation from a single photo. Yet, state-of-the-art results still suffer from errors due to challenging body poses, modeling clothing, and self occlusions. The domain of basketball games is particularly challenging, as it exhibits all of these challenges. In this paper, we introduce a new approach for reconstruction of basketball players that outperforms the state-of-the-art. Key to our approach is a new method for creating poseable, skinned models of NBA players, and a large database of meshes (derived from the NBA2K19 video game), that we are releasing to the research community. Based on these models, we introduce a new method that takes as input a single photo of a clothed player in any basketball pose and outputs a high resolution mesh and 3D pose for that player. We demonstrate substantial improvement over state-of-the-art, single-image methods for body shape reconstruction. 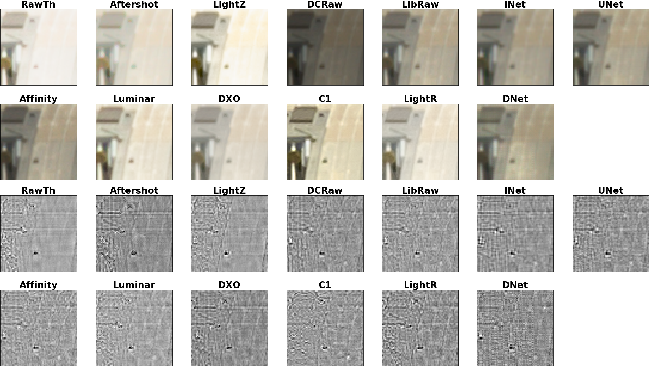 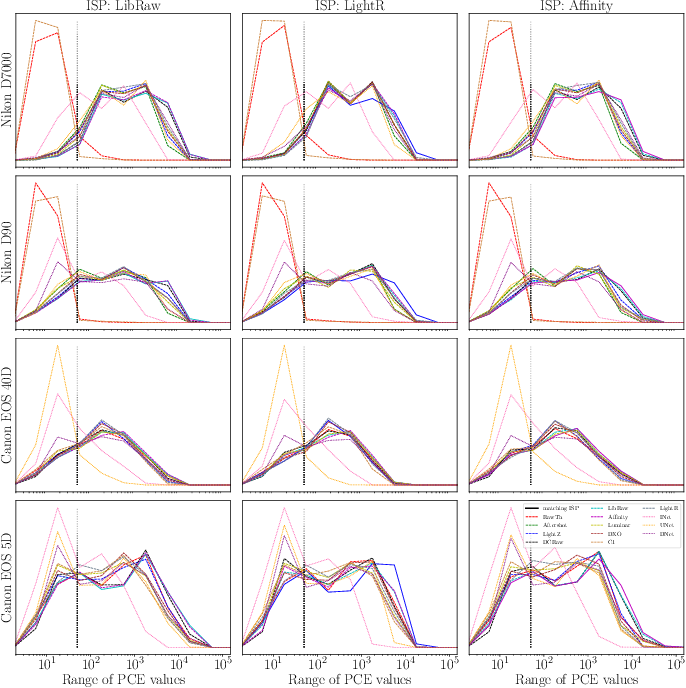 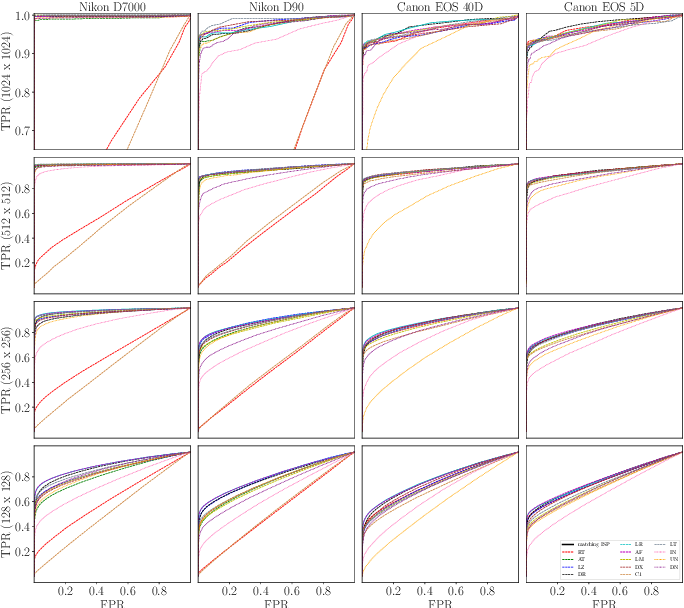 We assess the variability of PRNU-based camera fingerprints with mismatched imaging pipelines (e.g., different camera ISP or digital darkroom software). We show that camera fingerprints exhibit non-negligible variations in this setup, which may lead to unexpected degradation of detection statistics in real-world use-cases. We tested 13 different pipelines, including standard digital darkroom software and recent neural-networks. We observed that correlation between fingerprints from mismatched pipelines drops on average to 0.38 and the PCE detection statistic drops by over 40%. The degradation in error rates is the strongest for small patches commonly used in photo manipulation detection, and when neural networks are used for photo development. At a fixed 0.5% FPR setting, the TPR drops by 17 ppt (percentage points) for 128 px and 256 px patches.

We propose a new technique for visual attribute transfer across images that may have very different appearance but have perceptually similar semantic structure. By visual attribute transfer, we mean transfer of visual information (such as color, tone, texture, and style) from one image to another. For example, one image could be that of a painting or a sketch while the other is a photo of a real scene, and both depict the same type of scene. Our technique finds semantically-meaningful dense correspondences between two input images. To accomplish this, it adapts the notion of "image analogy" with features extracted from a Deep Convolutional Neutral Network for matching; we call our technique Deep Image Analogy. A coarse-to-fine strategy is used to compute the nearest-neighbor field for generating the results. We validate the effectiveness of our proposed method in a variety of cases, including style/texture transfer, color/style swap, sketch/painting to photo, and time lapse. 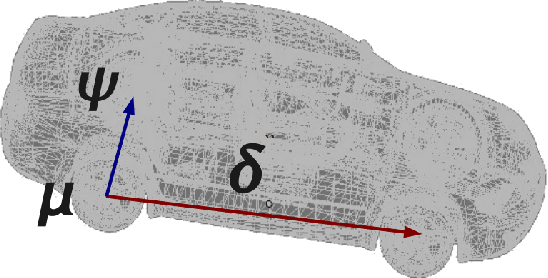 The problem of identifying the 3D pose of a known object from a given 2D image has important applications in Computer Vision. Our proposed method of registering a 3D model of a known object on a given 2D photo of the object has numerous advantages over existing methods. It does not require prior training, knowledge of the camera parameters, explicit point correspondences or matching features between the image and model. Unlike techniques that estimate a partial 3D pose (as in an overhead view of traffic or machine parts on a conveyor belt), our method estimates the complete 3D pose of the object. It works on a single static image from a given view under varying and unknown lighting conditions. For this purpose we derive a novel illumination-invariant distance measure between the 2D photo and projected 3D model, which is then minimised to find the best pose parameters. Results for vehicle pose detection in real photographs are presented. 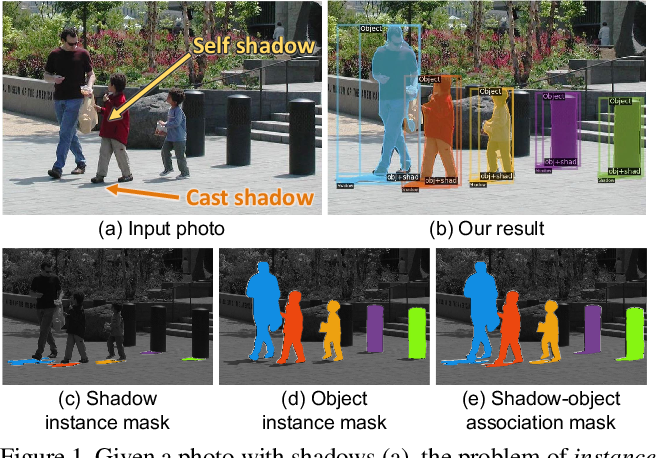 Art2Real: Unfolding the Reality of Artworks via Semantically-Aware Image-to-Image Translation 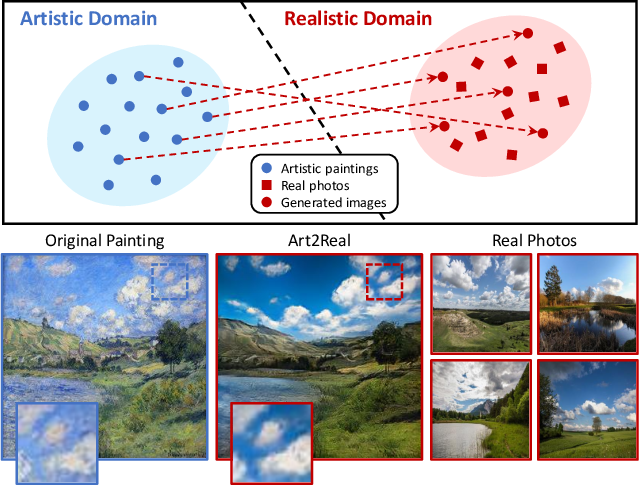 The applicability of computer vision to real paintings and artworks has been rarely investigated, even though a vast heritage would greatly benefit from techniques which can understand and process data from the artistic domain. This is partially due to the small amount of annotated artistic data, which is not even comparable to that of natural images captured by cameras. In this paper, we propose a semantic-aware architecture which can translate artworks to photo-realistic visualizations, thus reducing the gap between visual features of artistic and realistic data. Our architecture can generate natural images by retrieving and learning details from real photos through a similarity matching strategy which leverages a weakly-supervised semantic understanding of the scene. Experimental results show that the proposed technique leads to increased realism and to a reduction in domain shift, which improves the performance of pre-trained architectures for classification, detection, and segmentation. Code will be made publicly available.

Visual communication of object concepts at different levels of abstraction 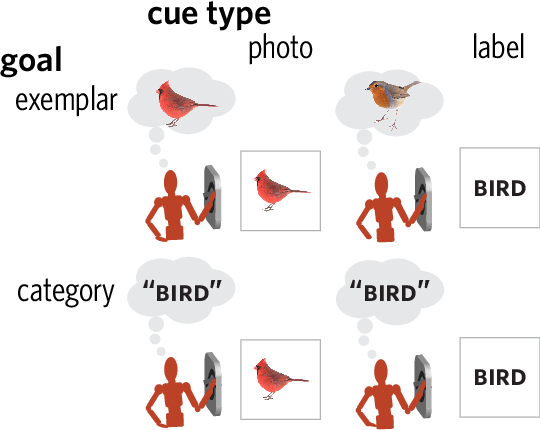 People can produce drawings of specific entities (e.g., Garfield), as well as general categories (e.g., "cat"). What explains this ability to produce such varied drawings of even highly familiar object concepts? We hypothesized that drawing objects at different levels of abstraction depends on both sensory information and representational goals, such that drawings intended to portray a recently seen object preserve more detail than those intended to represent a category. Participants drew objects cued either with a photo or a category label. For each cue type, half the participants aimed to draw a specific exemplar; the other half aimed to draw the category. We found that label-cued category drawings were the most recognizable at the basic level, whereas photo-cued exemplar drawings were the least recognizable. Together, these findings highlight the importance of task context for explaining how people use drawings to communicate visual concepts in different ways.


* To appear in Proceedings of the 43rd Annual Meeting of the Cognitive Science Society. 7 pages, 5 figures 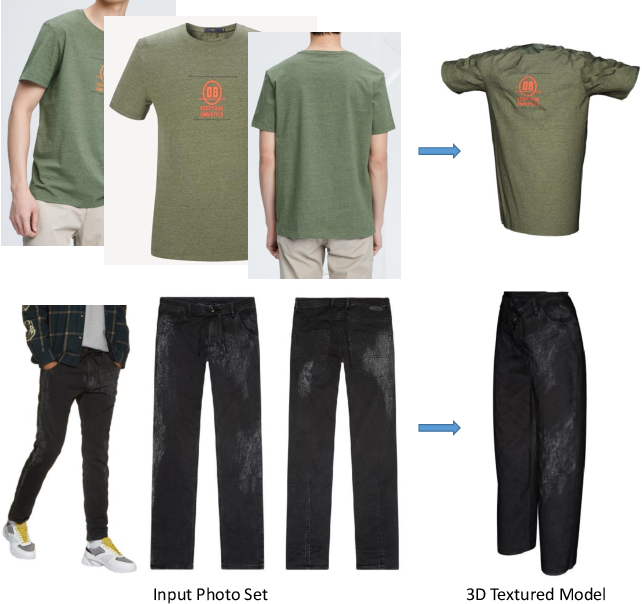 We present a novel approach that constructs 3D virtual garment models from photos. Unlike previous methods that require photos of a garment on a human model or a mannequin, our approach can work with various states of the garment: on a model, on a mannequin, or on a flat surface. To construct a complete 3D virtual model, our approach only requires two images as input, one front view and one back view. We first apply a multi-task learning network called JFNet that jointly predicts fashion landmarks and parses a garment image into semantic parts. The predicted landmarks are used for estimating sizing information of the garment. Then, a template garment mesh is deformed based on the sizing information to generate the final 3D model. The semantic parts are utilized for extracting color textures from input images. The results of our approach can be used in various Virtual Reality and Mixed Reality applications. 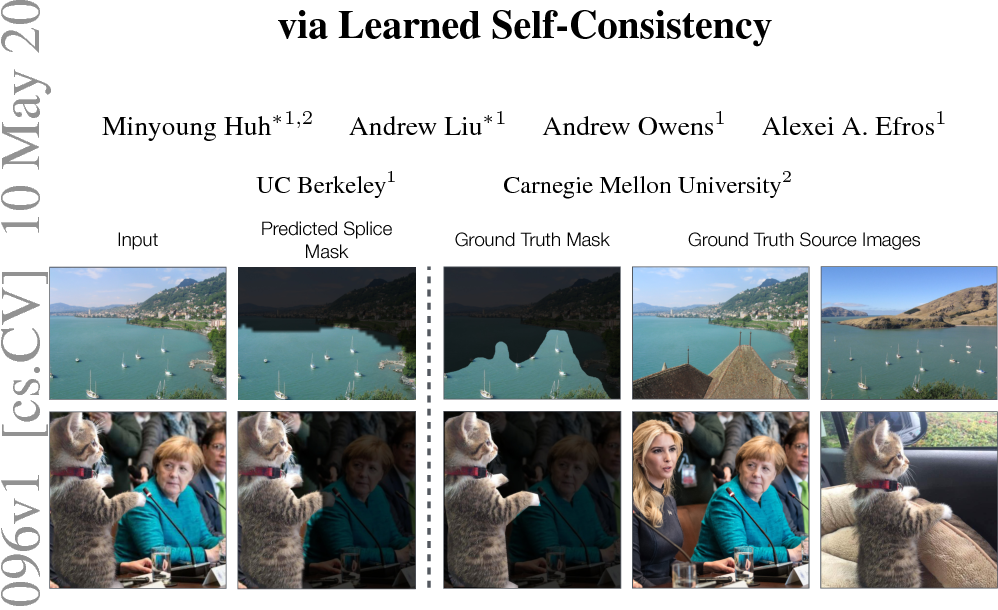 Advances in photo editing and manipulation tools have made it significantly easier to create fake imagery. Learning to detect such manipulations, however, remains a challenging problem due to the lack of sufficient amounts of manipulated training data. In this paper, we propose a learning algorithm for detecting visual image manipulations that is trained only using a large dataset of real photographs. The algorithm uses the automatically recorded photo EXIF metadata as supervisory signal for training a model to determine whether an image is self-consistent -- that is, whether its content could have been produced by a single imaging pipeline. We apply this self-consistency model to the task of detecting and localizing image splices. The proposed method obtains state-of-the-art performance on several image forensics benchmarks, despite never seeing any manipulated images at training. That said, it is merely a step in the long quest for a truly general purpose visual forensics tool. 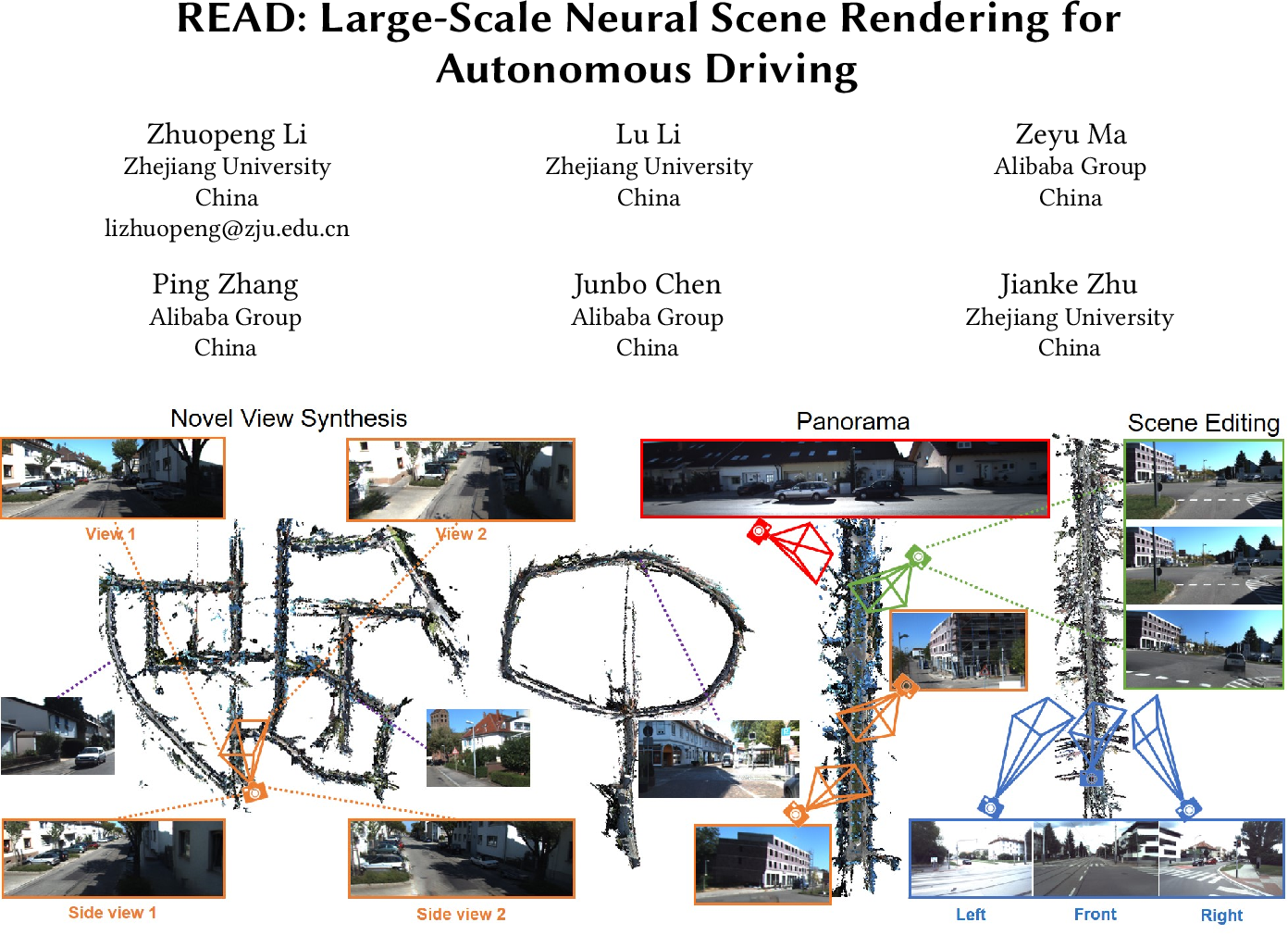 Synthesizing free-view photo-realistic images is an important task in multimedia. With the development of advanced driver assistance systems~(ADAS) and their applications in autonomous vehicles, experimenting with different scenarios becomes a challenge. Although the photo-realistic street scenes can be synthesized by image-to-image translation methods, which cannot produce coherent scenes due to the lack of 3D information. In this paper, a large-scale neural rendering method is proposed to synthesize the autonomous driving scene~(READ), which makes it possible to synthesize large-scale driving scenarios on a PC through a variety of sampling schemes. In order to represent driving scenarios, we propose an {\omega} rendering network to learn neural descriptors from sparse point clouds. Our model can not only synthesize realistic driving scenes but also stitch and edit driving scenes. Experiments show that our model performs well in large-scale driving scenarios.