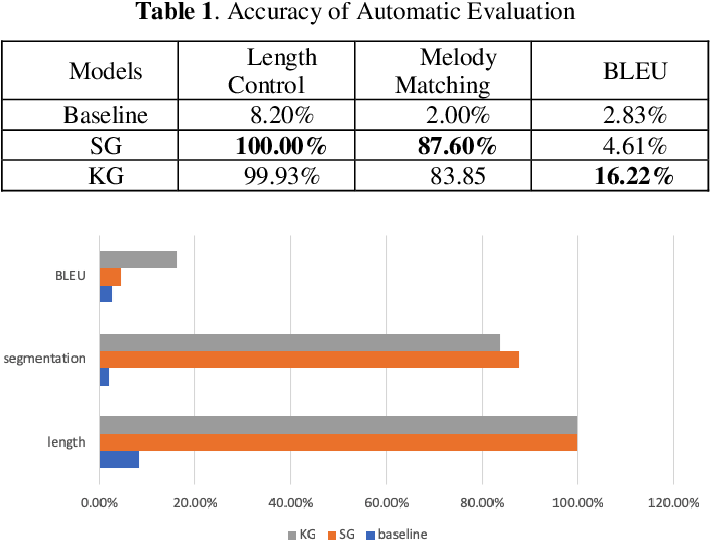 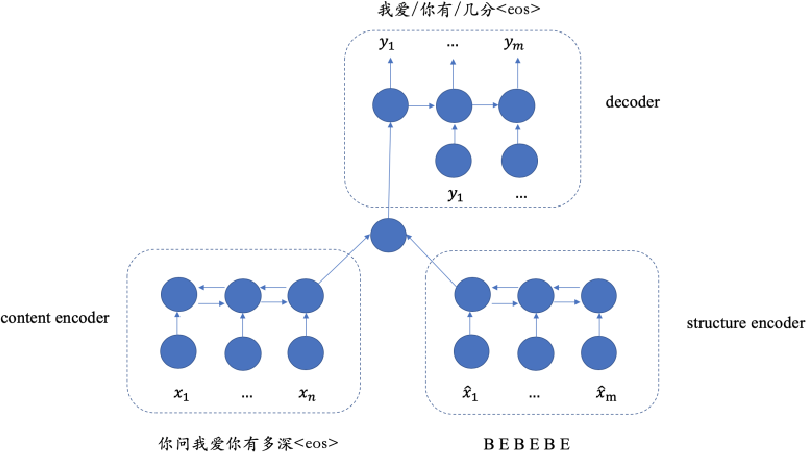 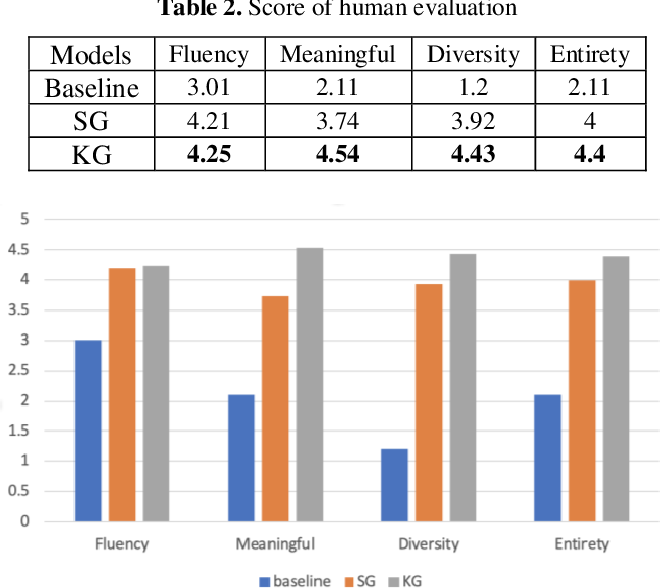 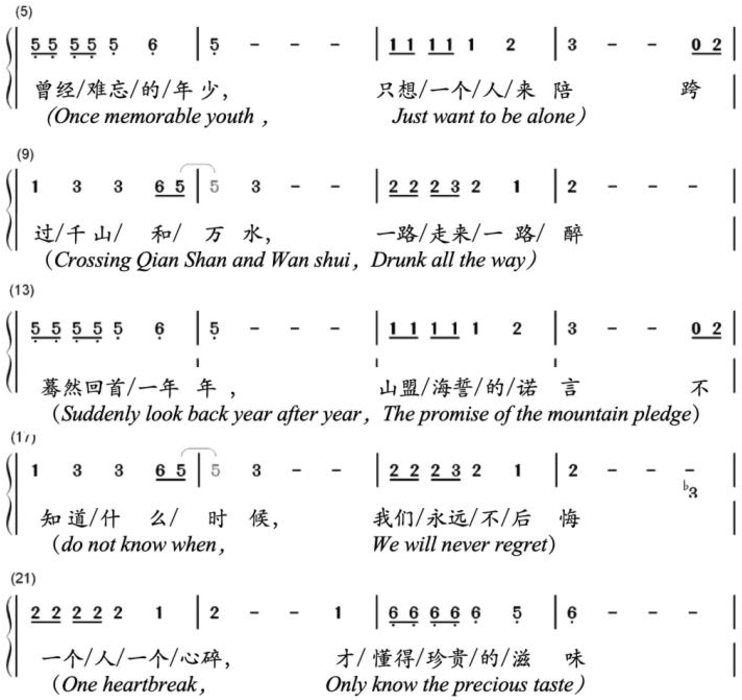 This paper presents a novel, syllable-structured Chinese lyrics generation model given a piece of original melody. Most previously reported lyrics generation models fail to include the relationship between lyrics and melody. In this work, we propose to interpret lyrics-melody alignments as syllable structural information and use a multi-channel sequence-to-sequence model with considering both phrasal structures and semantics. Two different RNN encoders are applied, one of which is for encoding syllable structures while the other for semantic encoding with contextual sentences or input keywords. Moreover, a large Chinese lyrics corpus for model training is leveraged. With automatic and human evaluations, results demonstrate the effectiveness of our proposed lyrics generation model. To the best of our knowledge, there is few previous reports on lyrics generation considering both music and linguistic perspectives.


* accepted by The 16th Pacific Rim International Conference on AI 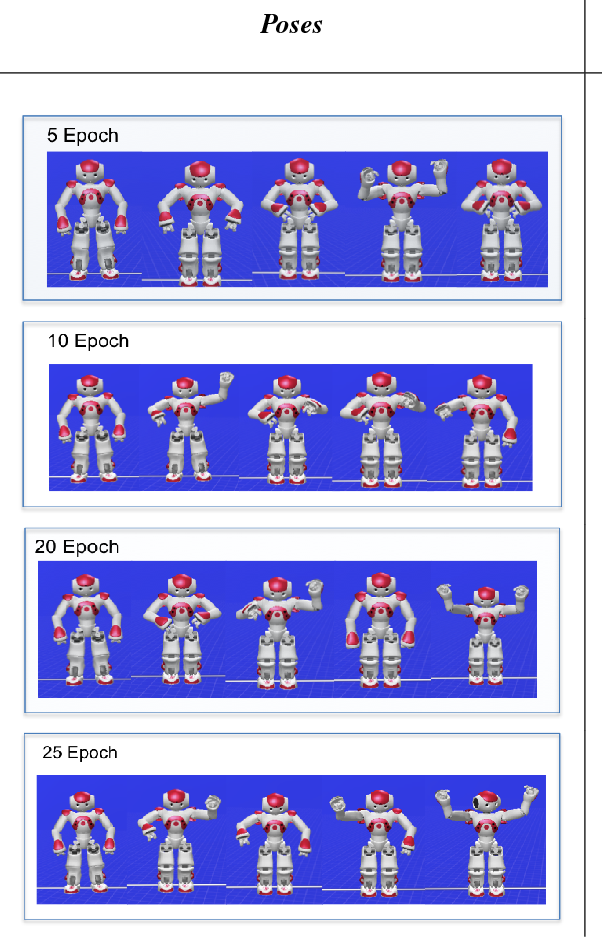 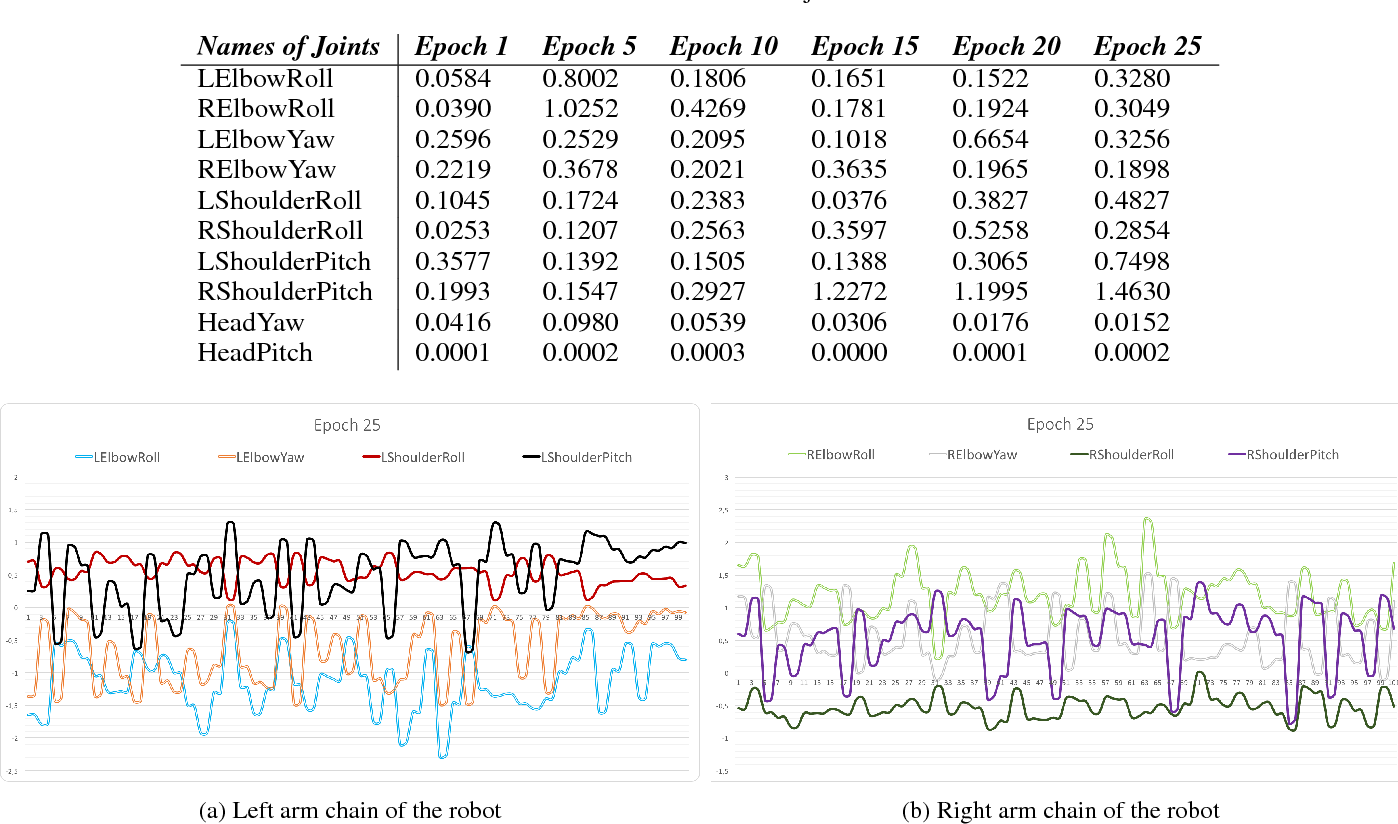 What we appreciate in dance is the ability of people to sponta- neously improvise new movements and choreographies, sur- rendering to the music rhythm, being inspired by the cur- rent perceptions and sensations and by previous experiences, deeply stored in their memory. Like other human abilities, this, of course, is challenging to reproduce in an artificial entity such as a robot. Recent generations of anthropomor- phic robots, the so-called humanoids, however, exhibit more and more sophisticated skills and raised the interest in robotic communities to design and experiment systems devoted to automatic dance generation. In this work, we highlight the importance to model a computational creativity behavior in dancing robots to avoid a mere execution of preprogrammed dances. In particular, we exploit a deep learning approach that allows a robot to generate in real time new dancing move- ments according to to the listened music.


* This paper is an extended version of a paper published on the eighth International Conference on Computational Creativity (ICCC), held in Atlanta, GA, June 20th-June 22nd, 2017 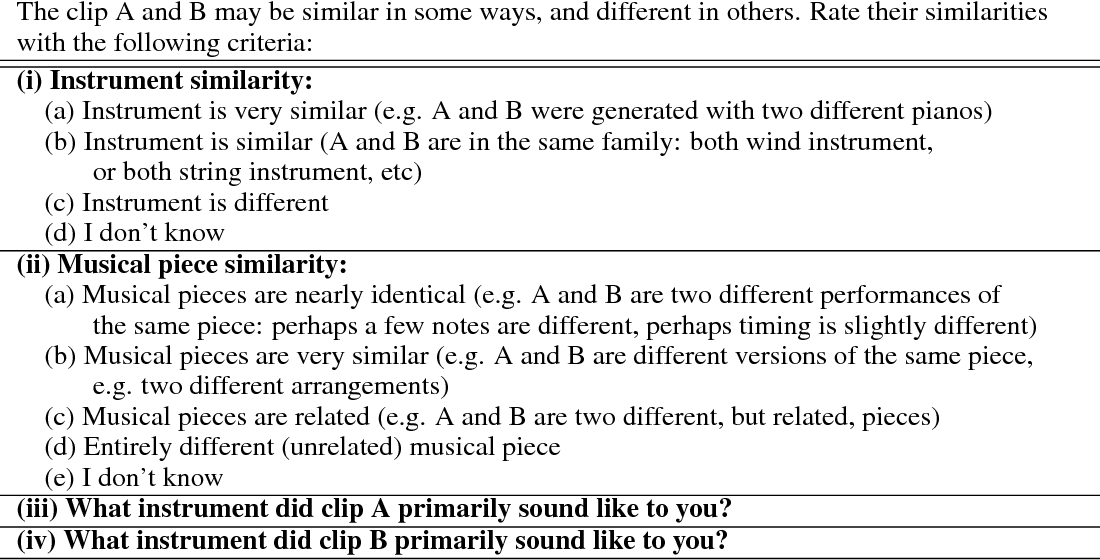 In this work, we address the problem of musical timbre transfer, where the goal is to manipulate the timbre of a sound sample from one instrument to match another instrument while preserving other musical content, such as pitch, rhythm, and loudness. In principle, one could apply image-based style transfer techniques to a time-frequency representation of an audio signal, but this depends on having a representation that allows independent manipulation of timbre as well as high-quality waveform generation. We introduce TimbreTron, a method for musical timbre transfer which applies "image" domain style transfer to a time-frequency representation of the audio signal, and then produces a high-quality waveform using a conditional WaveNet synthesizer. We show that the Constant Q Transform (CQT) representation is particularly well-suited to convolutional architectures due to its approximate pitch equivariance. Based on human perceptual evaluations, we confirmed that TimbreTron recognizably transferred the timbre while otherwise preserving the musical content, for both monophonic and polyphonic samples. 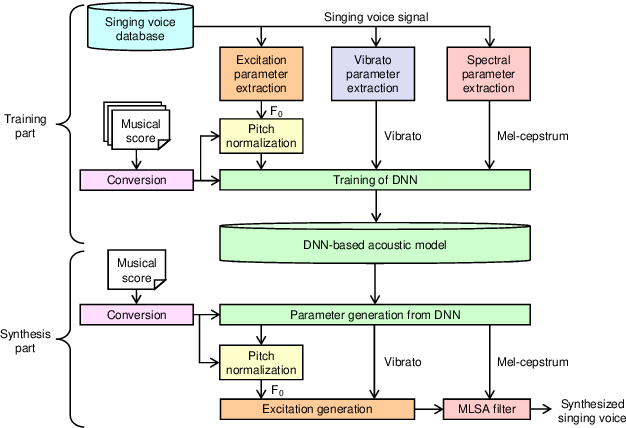 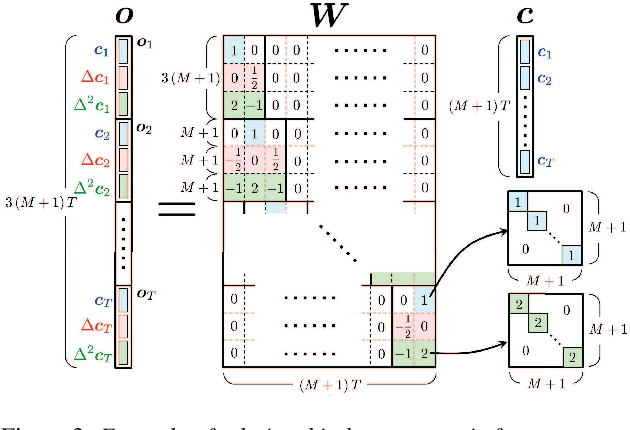 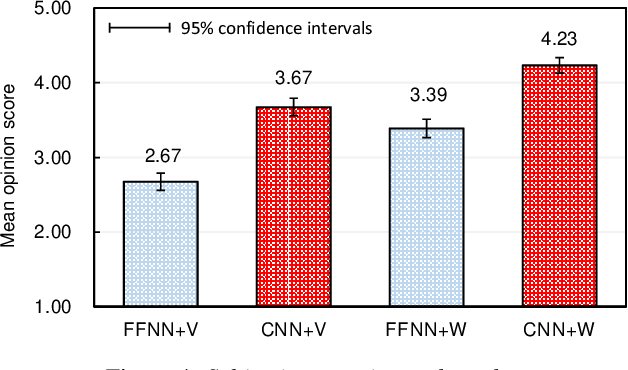 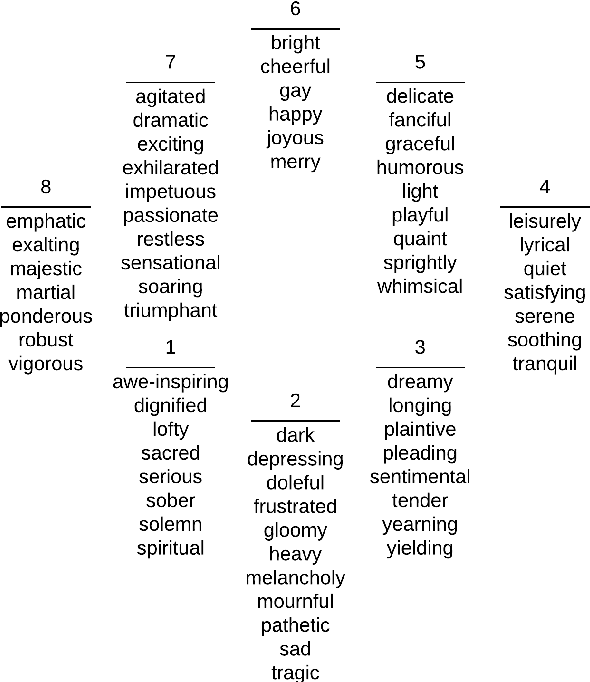 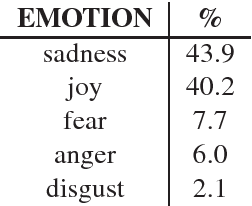 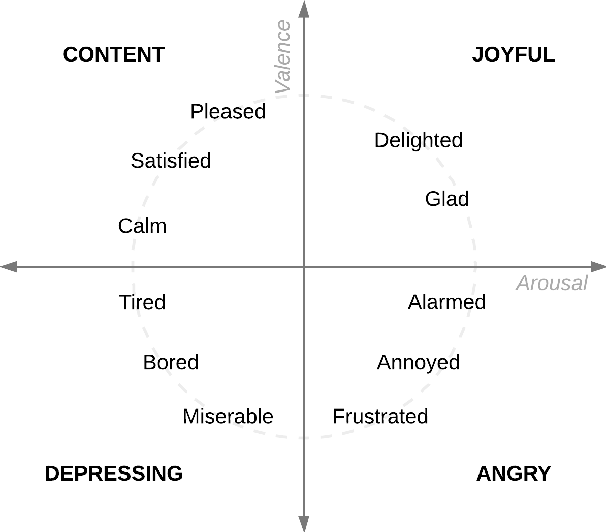 Catch-A-Waveform: Learning to Generate Audio from a Single Short Example 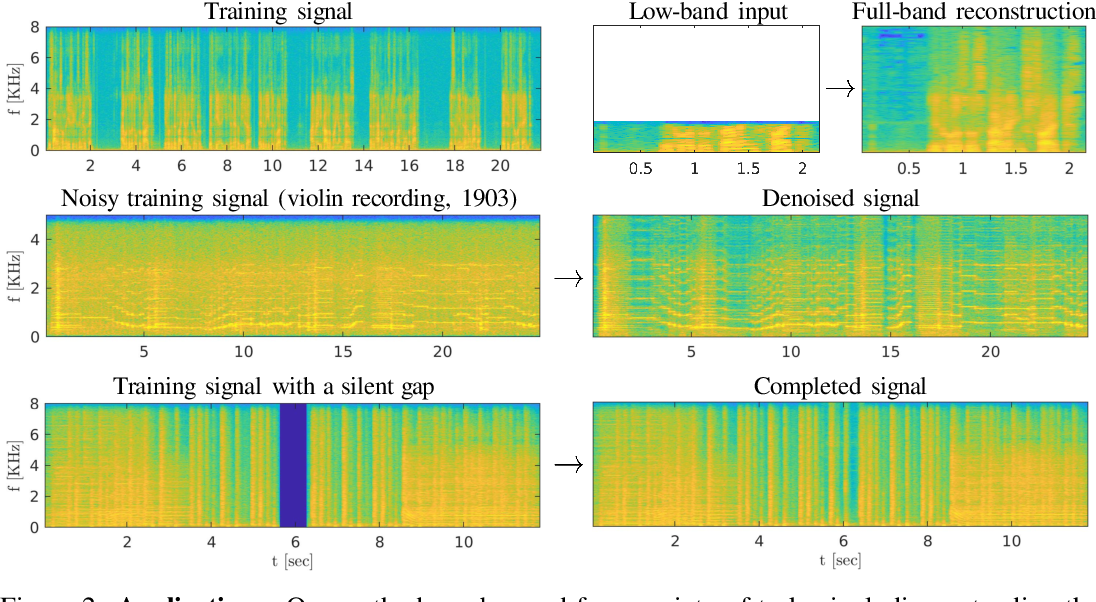 Models for audio generation are typically trained on hours of recordings. Here, we illustrate that capturing the essence of an audio source is typically possible from as little as a few tens of seconds from a single training signal. Specifically, we present a GAN-based generative model that can be trained on one short audio signal from any domain (e.g. speech, music, etc.) and does not require pre-training or any other form of external supervision. Once trained, our model can generate random samples of arbitrary duration that maintain semantic similarity to the training waveform, yet exhibit new compositions of its audio primitives. This enables a long line of interesting applications, including generating new jazz improvisations or new a-cappella rap variants based on a single short example, producing coherent modifications to famous songs (e.g. adding a new verse to a Beatles song based solely on the original recording), filling-in of missing parts (inpainting), extending the bandwidth of a speech signal (super-resolution), and enhancing old recordings without access to any clean training example. We show that in all cases, no more than 20 seconds of training audio commonly suffice for our model to achieve state-of-the-art results. This is despite its complete lack of prior knowledge about the nature of audio signals in general. 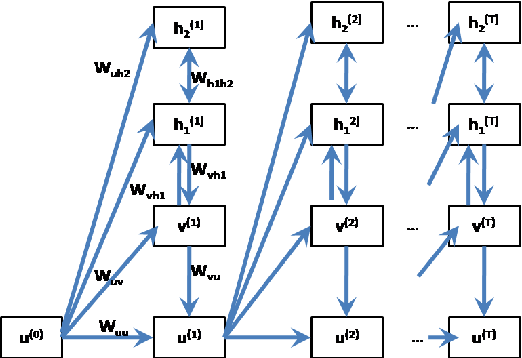 In this paper, we propose a generic technique to model temporal dependencies and sequences using a combination of a recurrent neural network and a Deep Belief Network. Our technique, RNN-DBN, is an amalgamation of the memory state of the RNN that allows it to provide temporal information and a multi-layer DBN that helps in high level representation of the data. This makes RNN-DBNs ideal for sequence generation. Further, the use of a DBN in conjunction with the RNN makes this model capable of significantly more complex data representation than an RBM. We apply this technique to the task of polyphonic music generation. 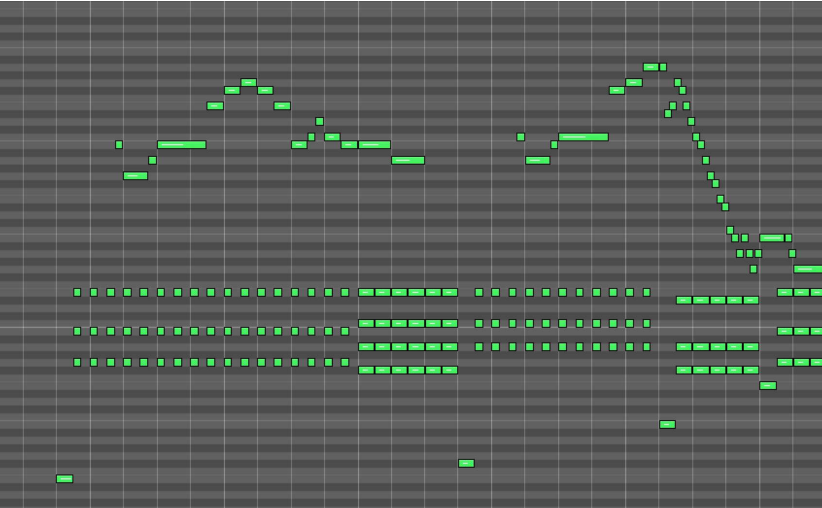 Music generation has generally been focused on either creating scores or interpreting them. We discuss differences between these two problems and propose that, in fact, it may be valuable to work in the space of direct $\it performance$ generation: jointly predicting the notes $\it and$ $\it also$ their expressive timing and dynamics. We consider the significance and qualities of the data set needed for this. Having identified both a problem domain and characteristics of an appropriate data set, we show an LSTM-based recurrent network model that subjectively performs quite well on this task. Critically, we provide generated examples. We also include feedback from professional composers and musicians about some of these examples.

Zipf's law and the creation of musical context 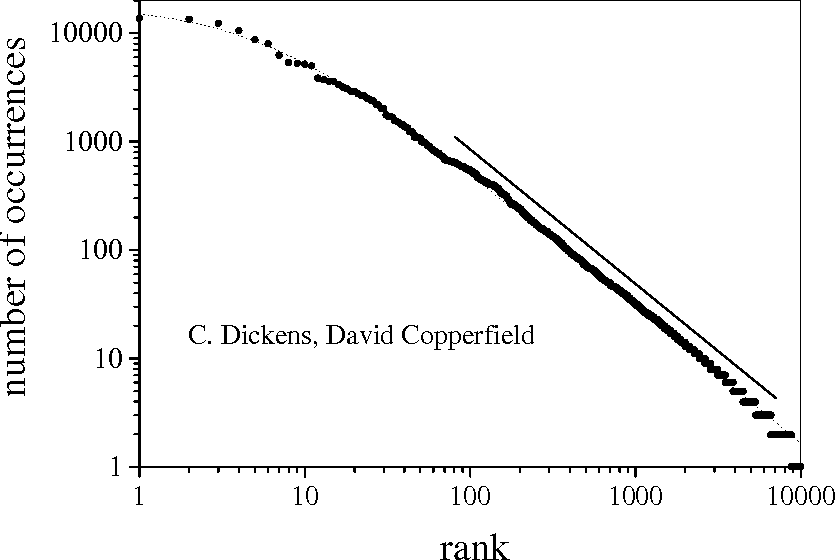 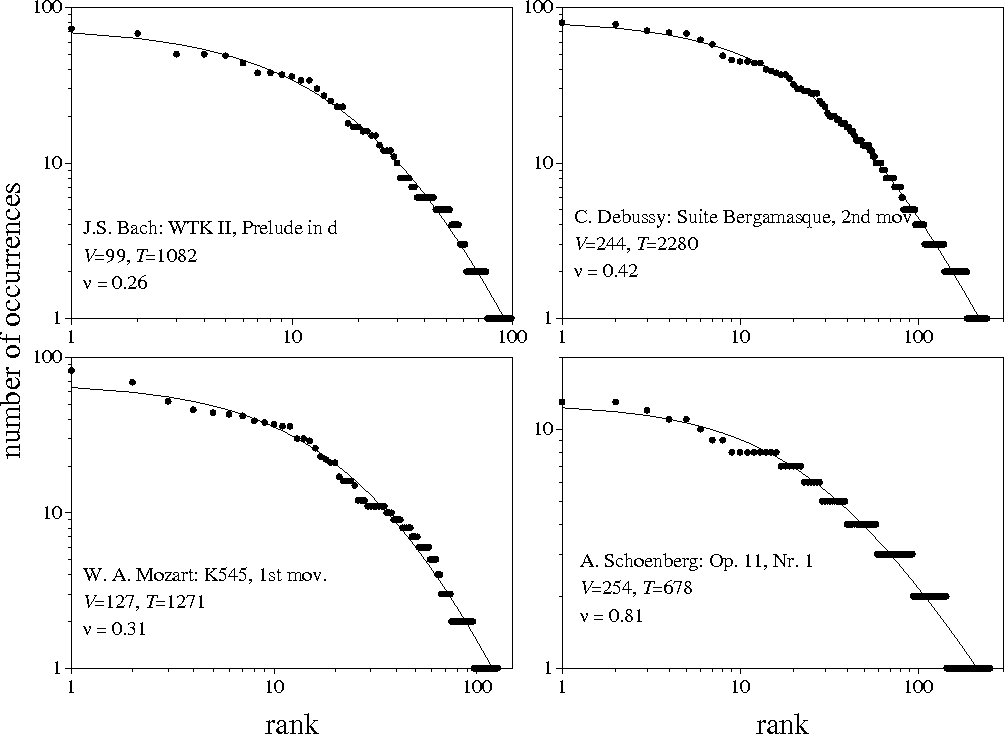 This article discusses the extension of the notion of context from linguistics to the domain of music. In language, the statistical regularity known as Zipf's law -which concerns the frequency of usage of different words- has been quantitatively related to the process of text generation. This connection is established by Simon's model, on the basis of a few assumptions regarding the accompanying creation of context. Here, it is shown that the statistics of note usage in musical compositions are compatible with the predictions of Simon's model. This result, which gives objective support to the conceptual likeness of context in language and music, is obtained through automatic analysis of the digital versions of several compositions. As a by-product, a quantitative measure of context definiteness is introduced and used to compare tonal and atonal works. 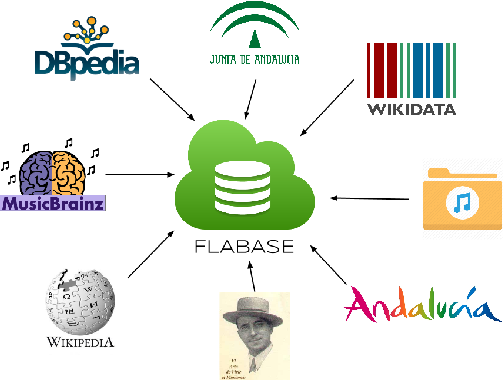 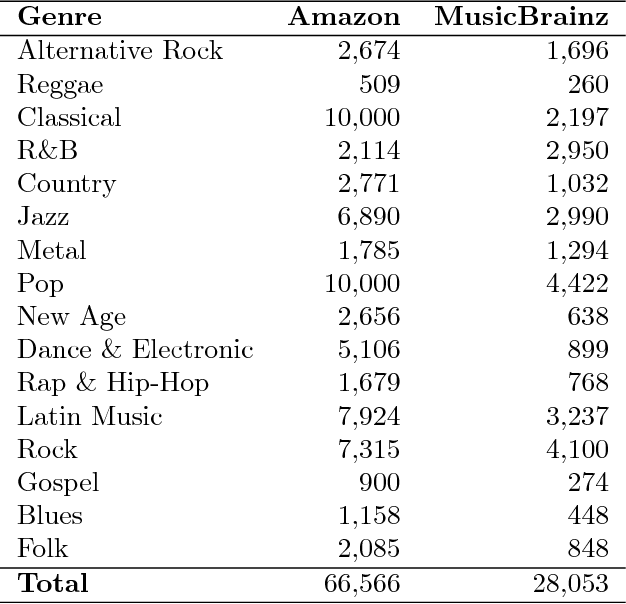 Today, a massive amount of musical knowledge is stored in written form, with testimonies dated as far back as several centuries ago. In this work, we present different Natural Language Processing (NLP) approaches to harness the potential of these text collections for automatic music knowledge discovery, covering different phases in a prototypical NLP pipeline, namely corpus compilation, text-mining, information extraction, knowledge graph generation and sentiment analysis. Each of these approaches is presented alongside different use cases (i.e., flamenco, Renaissance and popular music) where large collections of documents are processed, and conclusions stemming from data-driven analyses are presented and discussed.