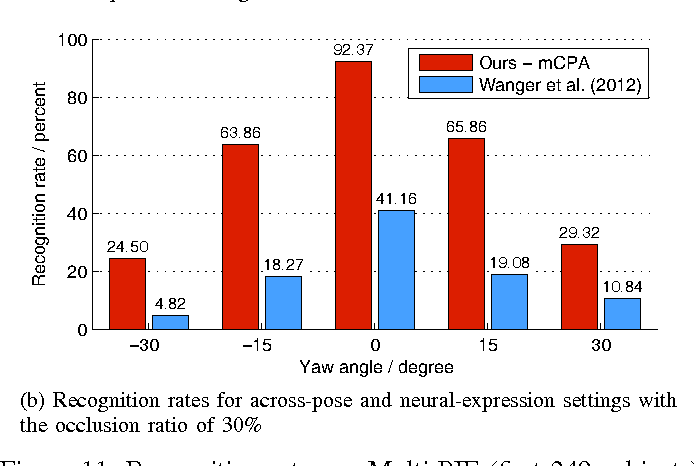 Developing a reliable and practical face recognition system is a long-standing goal in computer vision research. Existing literature suggests that pixel-wise face alignment is the key to achieve high-accuracy face recognition. By assuming a human face as piece-wise planar surfaces, where each surface corresponds to a facial part, we develop in this paper a Constrained Part-based Alignment (CPA) algorithm for face recognition across pose and/or expression. Our proposed algorithm is based on a trainable CPA model, which learns appearance evidence of individual parts and a tree-structured shape configuration among different parts. Given a probe face, CPA simultaneously aligns all its parts by fitting them to the appearance evidence with consideration of the constraint from the tree-structured shape configuration. This objective is formulated as a norm minimization problem regularized by graph likelihoods. CPA can be easily integrated with many existing classifiers to perform part-based face recognition. Extensive experiments on benchmark face datasets show that CPA outperforms or is on par with existing methods for robust face recognition across pose, expression, and/or illumination changes.

Over the course of the last decade, infrared (IR) and particularly thermal IR imaging based face recognition has emerged as a promising complement to conventional, visible spectrum based approaches which continue to struggle when applied in the real world. While inherently insensitive to visible spectrum illumination changes, IR images introduce specific challenges of their own, most notably sensitivity to factors which affect facial heat emission patterns, e.g. emotional state, ambient temperature, and alcohol intake. In addition, facial expression and pose changes are more difficult to correct in IR images because they are less rich in high frequency detail which is an important cue for fitting any deformable model. We describe a novel method which addresses these challenges. To normalize for pose and facial expression changes we generate a synthetic frontal image of a face in a canonical, neutral facial expression from an image of the face in an arbitrary pose and facial expression. This is achieved by piecewise affine warping which follows active appearance model (AAM) fitting. This is the first publication which explores the use of an AAM on thermal IR images; we propose a pre-processing step which enhances detail in thermal images, making AAM convergence faster and more accurate. To overcome the problem of thermal IR image sensitivity to the pattern of facial temperature emissions we describe a representation based on reliable anatomical features. In contrast to previous approaches, our representation is not binary; rather, our method accounts for the reliability of the extracted features. This makes the proposed representation much more robust both to pose and scale changes. The effectiveness of the proposed approach is demonstrated on the largest public database of thermal IR images of faces on which it achieved 100% identification, significantly outperforming previous methods. 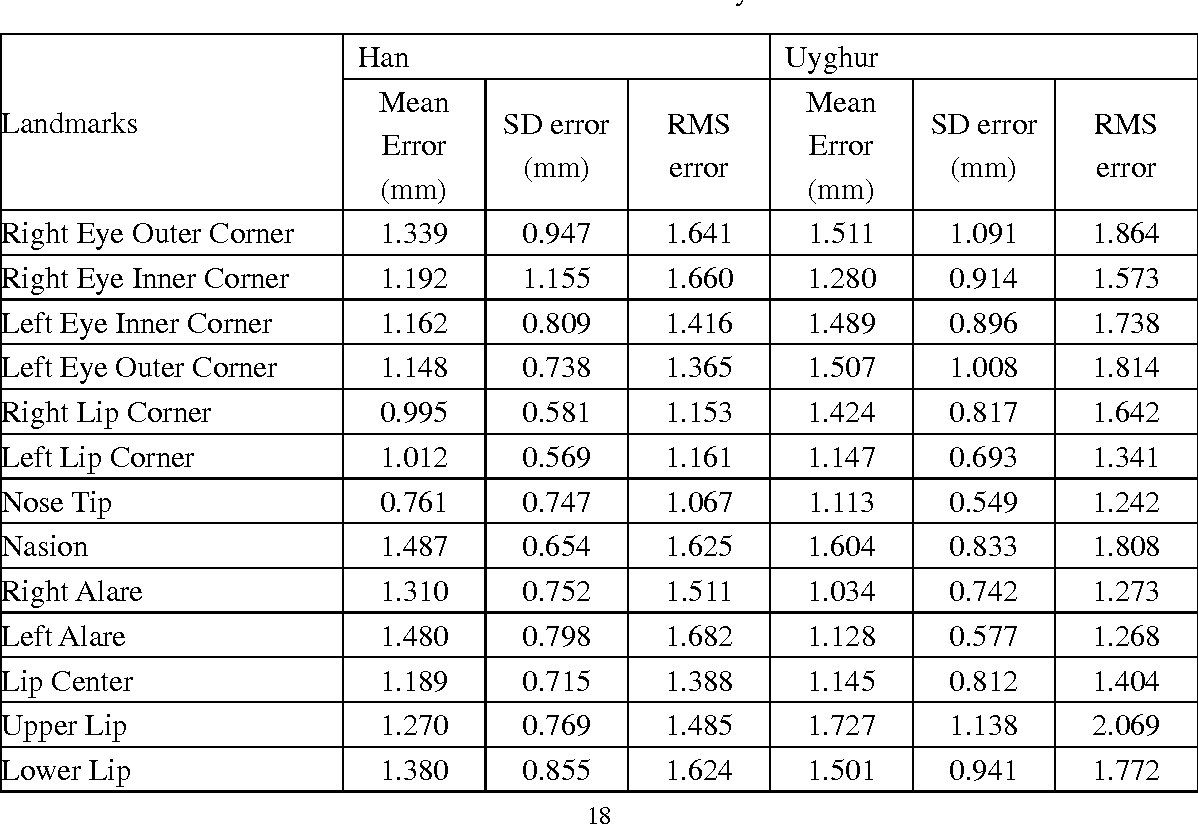 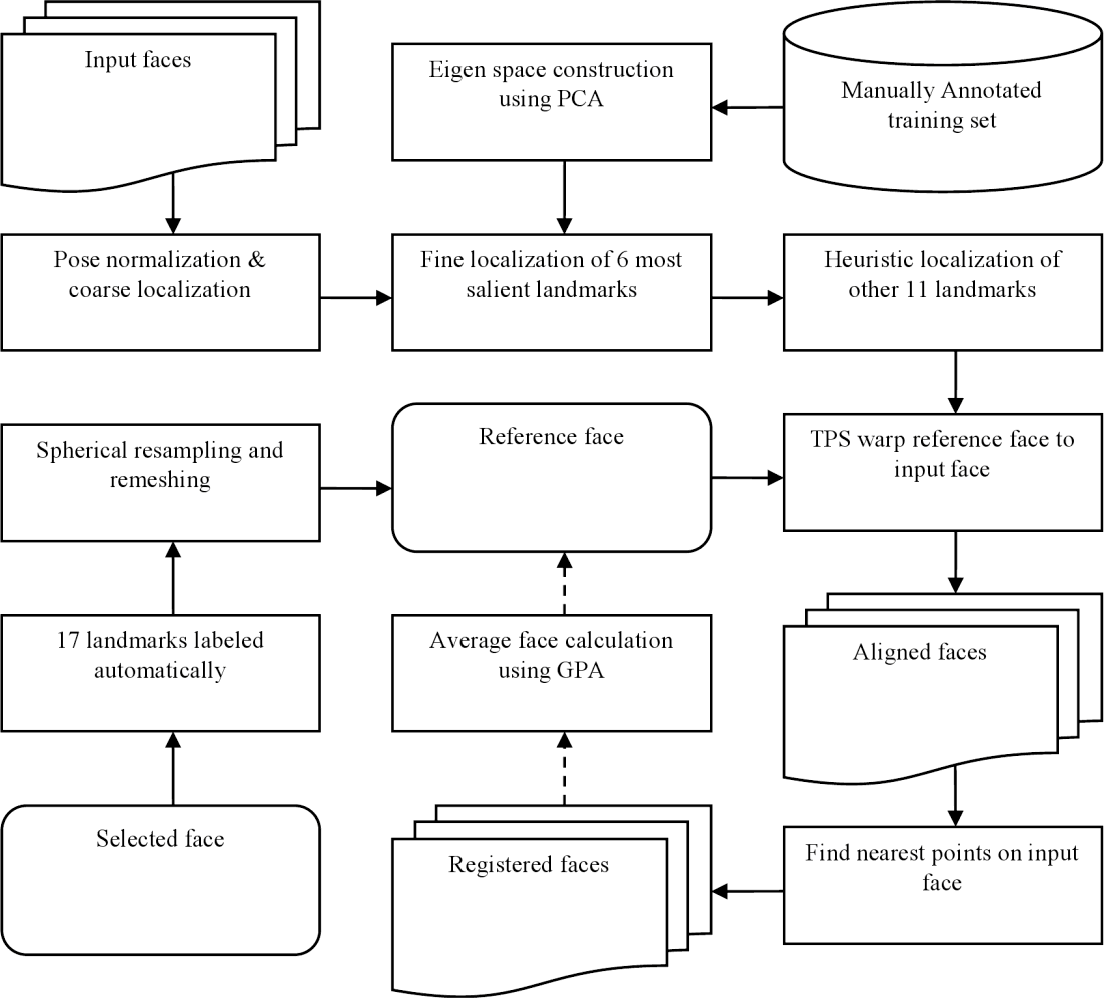 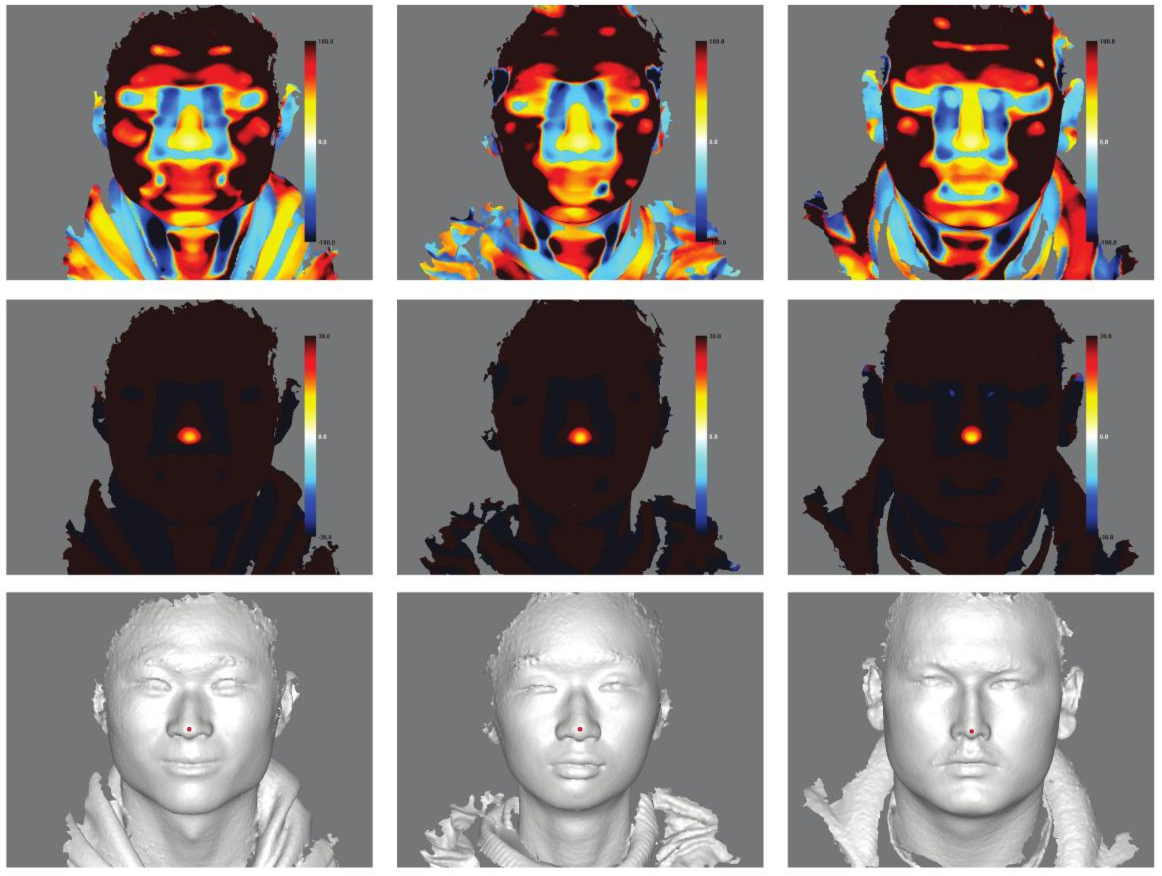 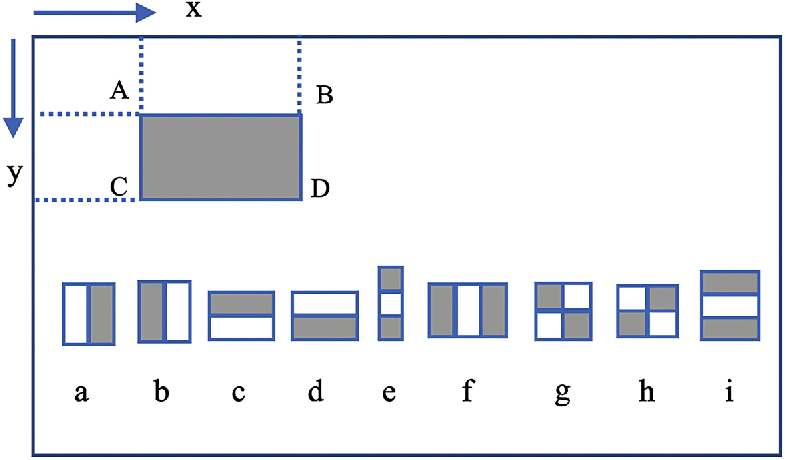 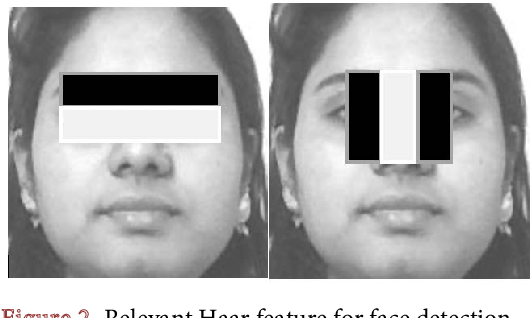 This research presents an improved real-time face recognition system at a low resolution of 15 pixels with pose and emotion and resolution variations. We have designed our datasets named LRD200 and LRD100, which have been used for training and classification. The face detection part uses the Viola-Jones algorithm, and the face recognition part receives the face image from the face detection part to process it using the Local Binary Pattern Histogram (LBPH) algorithm with preprocessing using contrast limited adaptive histogram equalization (CLAHE) and face alignment. The face database in this system can be updated via our custom-built standalone android app and automatic restarting of the training and recognition process with an updated database. Using our proposed algorithm, a real-time face recognition accuracy of 78.40% at 15 px and 98.05% at 45 px have been achieved using the LRD200 database containing 200 images per person. With 100 images per person in the database (LRD100) the achieved accuracies are 60.60% at 15 px and 95% at 45 px respectively. A facial deflection of about 30 degrees on either side from the front face showed an average face recognition precision of 72.25% - 81.85%. This face recognition system can be employed for law enforcement purposes, where the surveillance camera captures a low-resolution image because of the distance of a person from the camera. It can also be used as a surveillance system in airports, bus stations, etc., to reduce the risk of possible criminal threats. 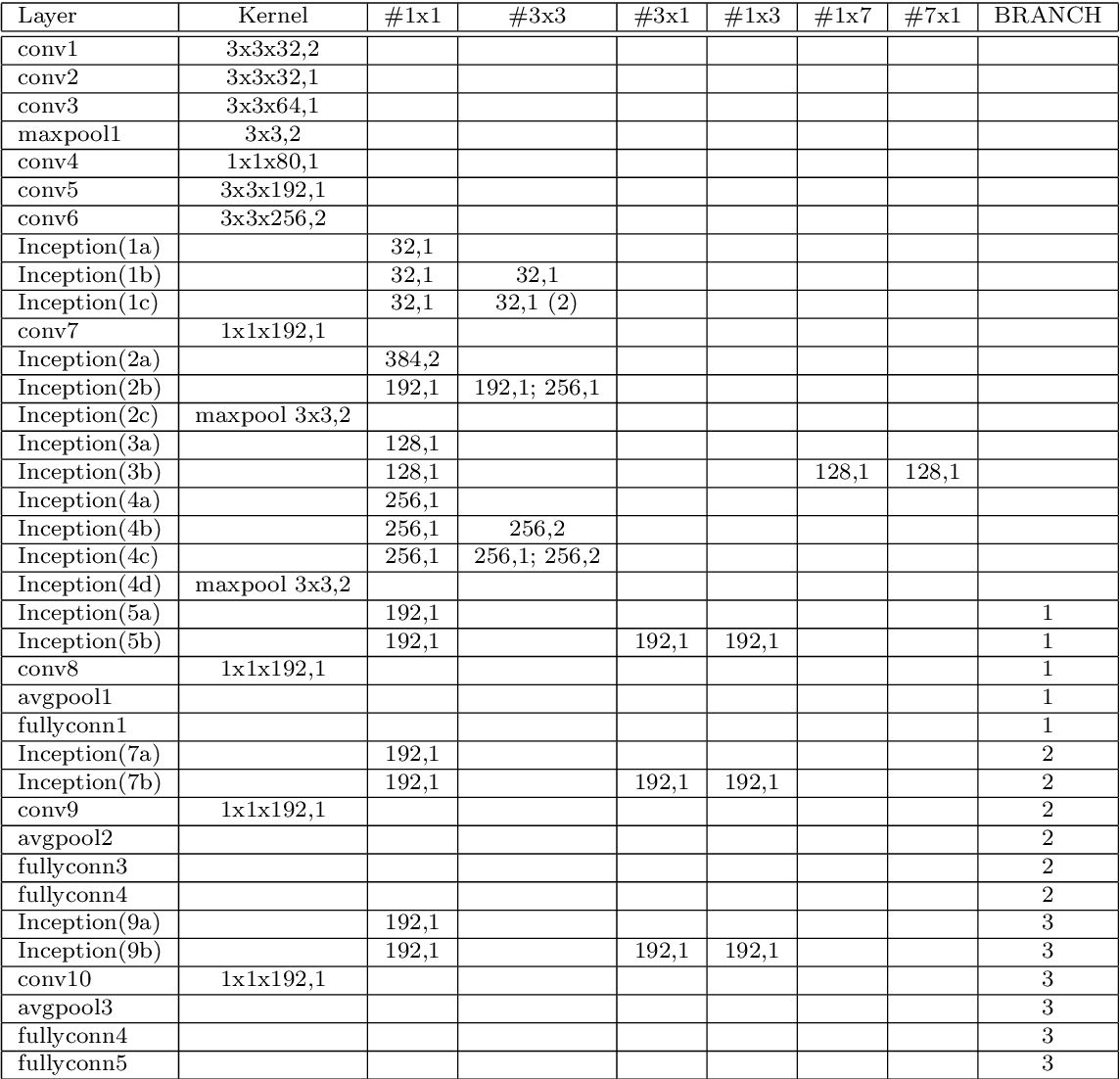 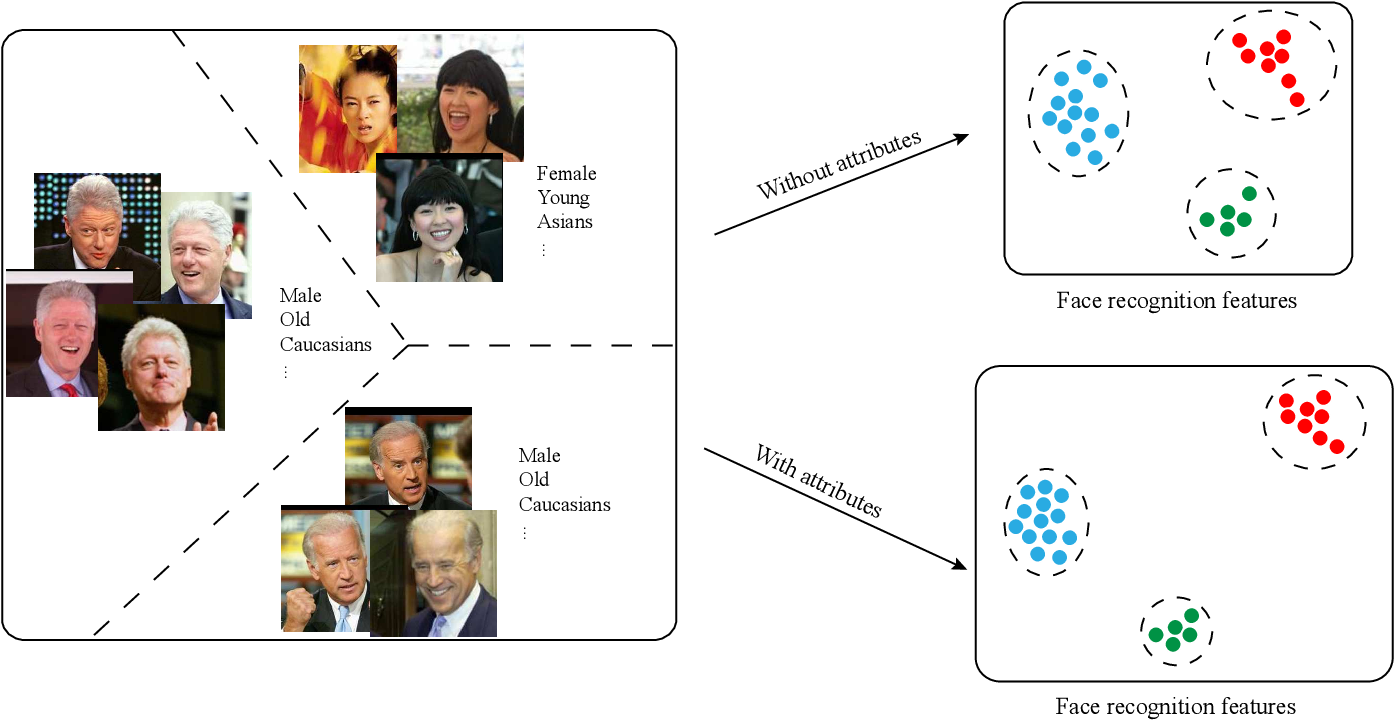 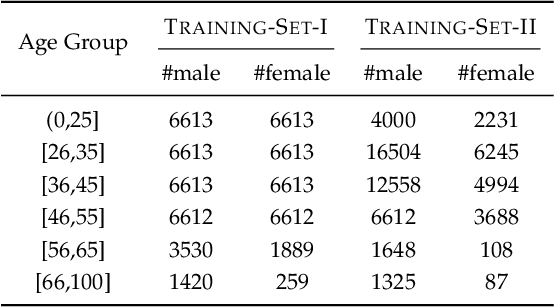 Existing convolutional neural network (CNN) based face recognition algorithms typically learn a discriminative feature mapping, using a loss function that enforces separation of features from different classes and/or aggregation of features within the same class. However, they may suffer from bias in the training data such as uneven sampling density, because they optimize the adjacency relationship of the learned features without considering the proximity of the underlying faces. Moreover, since they only use facial images for training, the learned feature mapping may not correctly indicate the relationship of other attributes such as gender and ethnicity, which can be important for some face recognition applications. In this paper, we propose a new CNN-based face recognition approach that incorporates such attributes into the training process. Using an attribute-aware loss function that regularizes the feature mapping using attribute proximity, our approach learns more discriminative features that are correlated with the attributes. We train our face recognition model on a large-scale RGB-D data set with over 100K identities captured under real application conditions. By comparing our approach with other methods on a variety of experiments, we demonstrate that depth channel and attribute-aware loss greatly improve the accuracy and robustness of face recognition. 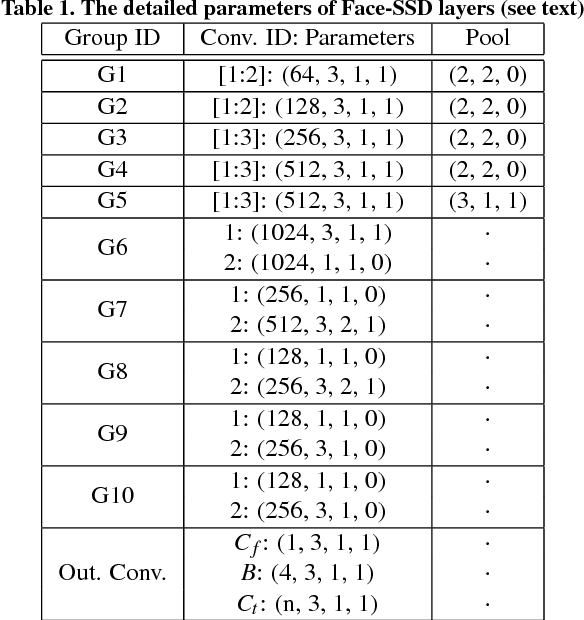 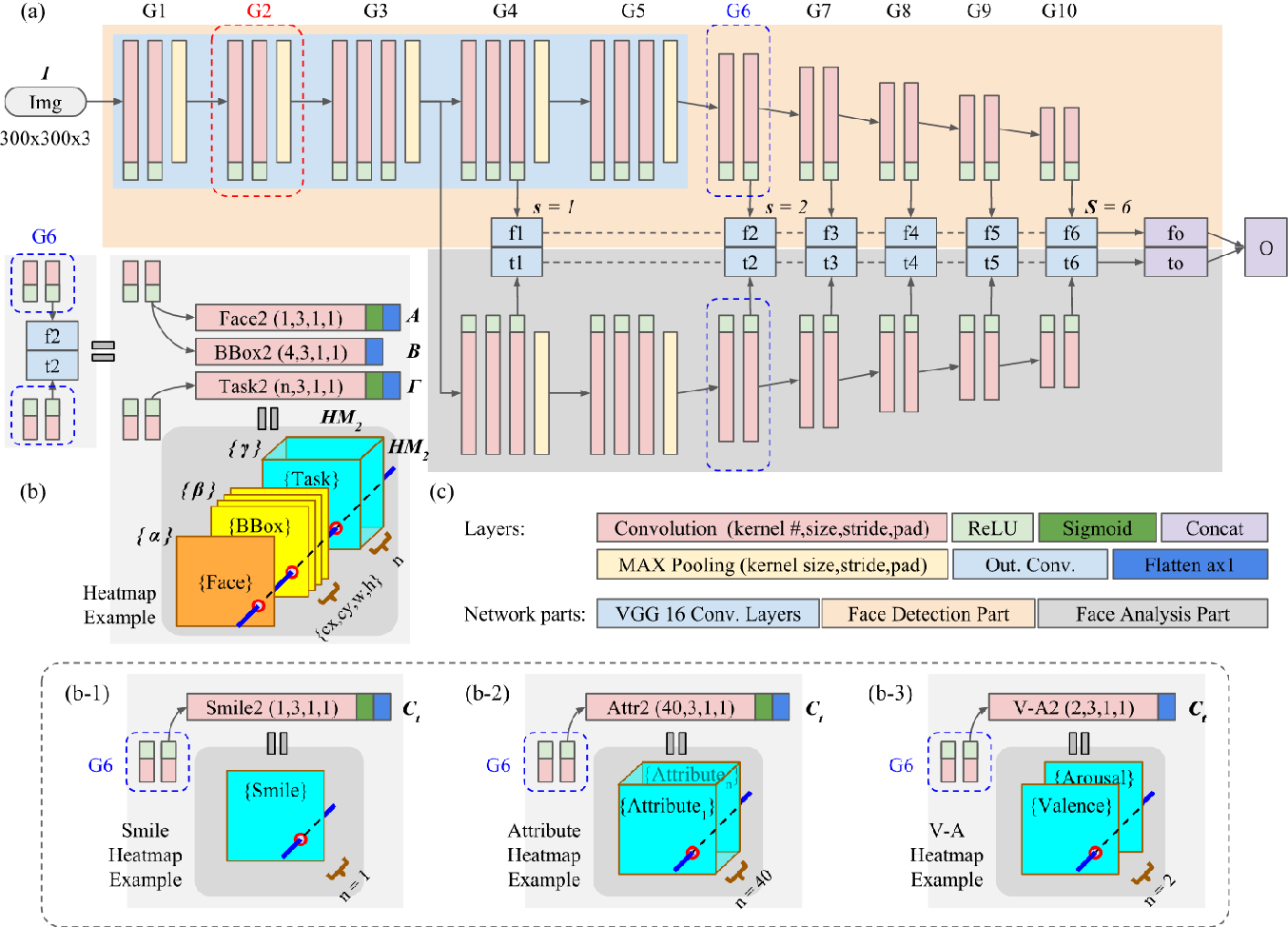 In this paper, we present a novel single shot face-related task analysis method, called Face-SSD, for detecting faces and for performing various face-related (classification/regression) tasks including smile recognition, face attribute prediction and valence-arousal estimation in the wild. Face-SSD uses a Fully Convolutional Neural Network (FCNN) to detect multiple faces of different sizes and recognise/regress one or more face-related classes. Face-SSD has two parallel branches that share the same low-level filters, one branch dealing with face detection and the other one with face analysis tasks. The outputs of both branches are spatially aligned heatmaps that are produced in parallel - therefore Face-SSD does not require that face detection, facial region extraction, size normalisation, and facial region processing are performed in subsequent steps. Our contributions are threefold: 1) Face-SSD is the first network to perform face analysis without relying on pre-processing such as face detection and registration in advance - Face-SSD is a simple and a single FCNN architecture simultaneously performing face detection and face-related task analysis - those are conventionally treated as separate consecutive tasks; 2) Face-SSD is a generalised architecture that is applicable for various face analysis tasks without modifying the network structure - this is in contrast to designing task-specific architectures; and 3) Face-SSD achieves real-time performance (21 FPS) even when detecting multiple faces and recognising multiple classes in a given image. Experimental results show that Face-SSD achieves state-of-the-art performance in various face analysis tasks by reaching a recognition accuracy of 95.76% for smile detection, 90.29% for attribute prediction, and Root Mean Square (RMS) error of 0.44 and 0.39 for valence and arousal estimation.

Face recognition has been of great importance in many applications as a biometric for its throughput, convenience, and non-invasiveness. Recent advancements in deep Convolutional Neural Network (CNN) architectures have boosted significantly the performance of face recognition based on two-dimensional (2D) facial texture images and outperformed the previous state of the art using conventional methods. However, the accuracy of 2D face recognition is still challenged by the change of pose, illumination, make-up, and expression. On the other hand, the geometric information contained in three-dimensional (3D) face data has the potential to overcome the fundamental limitations of 2D face data. We propose a multi-Channel deep 3D face network for face recognition based on 3D face data. We compute the geometric information of a 3D face based on its piecewise-linear triangular mesh structure and then conformally flatten geometric information along with the color from 3D to 2D plane to leverage the state-of-the-art deep CNN architectures. We modify the input layer of the network to take images with nine channels instead of three only such that more geometric information can be explicitly fed to it. We pre-train the network using images from the VGG-Face \cite{Parkhi2015} and then fine-tune it with the generated multi-channel face images. The face recognition accuracy of the multi-Channel deep 3D face network has achieved 98.6. The experimental results also clearly show that the network performs much better when a 9-channel image is flattened to plane based on the conformal map compared with the orthographic projection. 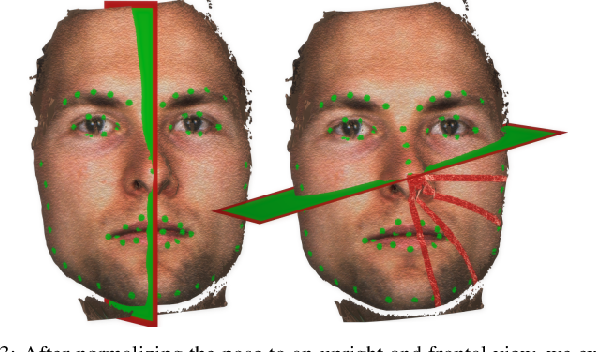 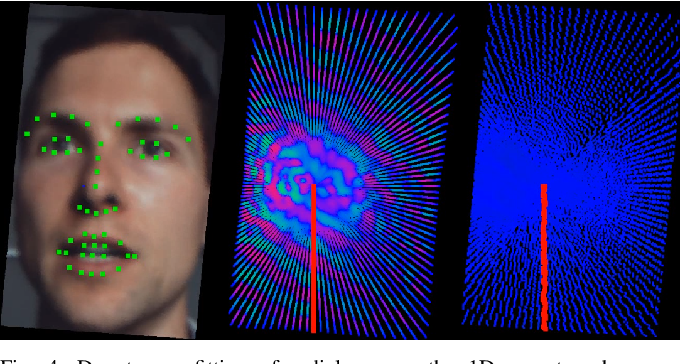 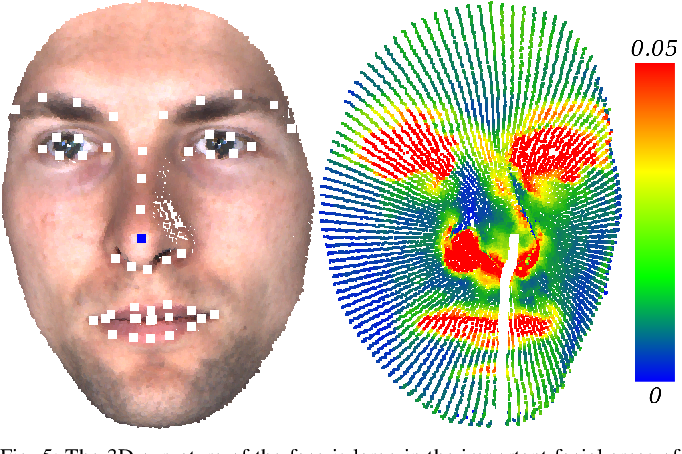 The uniqueness, complexity, and diversity of facial shapes and expressions led to success of facial biometric systems. Regardless of the accuracy of current facial recognition methods, most of them are vulnerable against the presentation of sophisticated masks. In the highly monitored application scenario at airports and banks, fraudsters probably do not wear masks. However, a deception will become more probable due to the increase of unsupervised authentication using kiosks, eGates and mobile phones in self-service. To robustly detect elastic 3D masks, one of the ultimate goals is to automatically analyze the plausibility of the facial behavior based on a sequence of 3D face scans. Most importantly, such a method would also detect all less advanced presentation attacks using static 3D masks, bent photographs with eyeholes, and replay attacks using monitors. Our proposed method achieves this goal by comparing the temporal curvature change between presentation attacks and genuine faces. For evaluation purposes, we recorded a challenging database containing replay attacks, static and elastic 3D masks using a high-quality 3D sensor. Based on the proposed representation, we found a clear separation between the low facial expressiveness of presentation attacks and the plausible behavior of genuine faces.