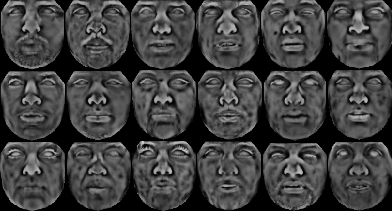 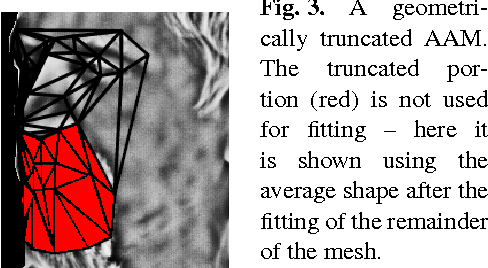 The reduction of the cost of infrared (IR) cameras in recent years has made IR imaging a highly viable modality for face recognition in practice. A particularly attractive advantage of IR-based over conventional, visible spectrum-based face recognition stems from its invariance to visible illumination. In this paper we argue that the main limitation of previous work on face recognition using IR lies in its ad hoc approach to treating different nuisance factors which affect appearance, prohibiting a unified approach that is capable of handling concurrent changes in multiple (or indeed all) major extrinsic sources of variability, which is needed in practice. We describe the first approach that attempts to achieve this - the framework we propose achieves outstanding recognition performance in the presence of variable (i) pose, (ii) facial expression, (iii) physiological state, (iv) partial occlusion due to eye-wear, and (v) quasi-occlusion due to facial hair growth. 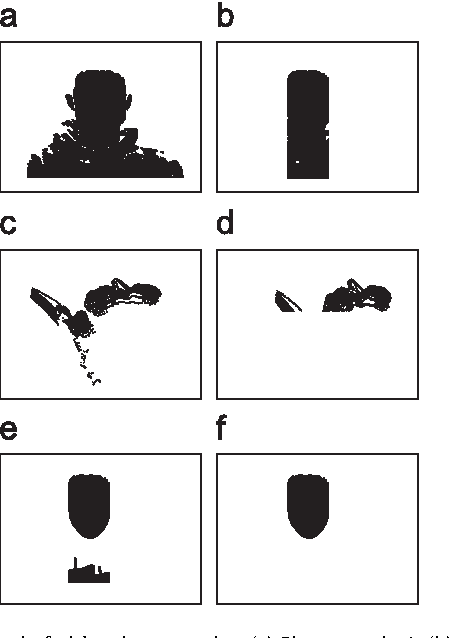 This paper addresses the problem of 3D face recognition using simultaneous sparse approximations on the sphere. The 3D face point clouds are first aligned with a novel and fully automated registration process. They are then represented as signals on the 2D sphere in order to preserve depth and geometry information. Next, we implement a dimensionality reduction process with simultaneous sparse approximations and subspace projection. It permits to represent each 3D face by only a few spherical functions that are able to capture the salient facial characteristics, and hence to preserve the discriminant facial information. We eventually perform recognition by effective matching in the reduced space, where Linear Discriminant Analysis can be further activated for improved recognition performance. The 3D face recognition algorithm is evaluated on the FRGC v.1.0 data set, where it is shown to outperform classical state-of-the-art solutions that work with depth images. 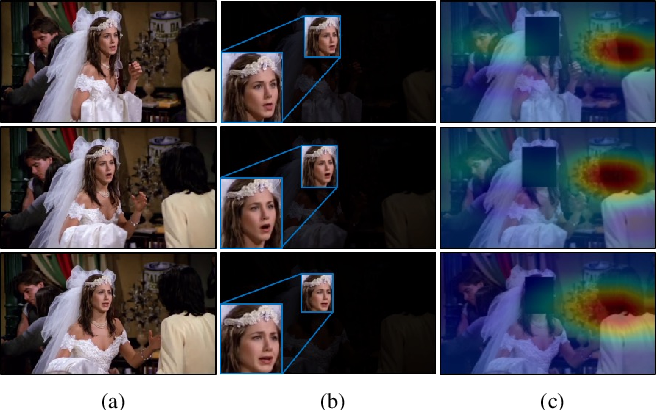 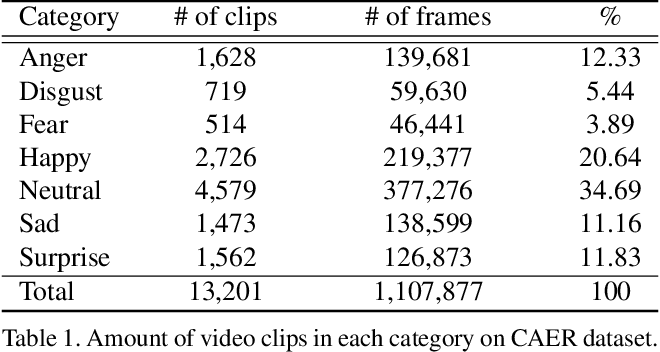 Traditional techniques for emotion recognition have focused on the facial expression analysis only, thus providing limited ability to encode context that comprehensively represents the emotional responses. We present deep networks for context-aware emotion recognition, called CAER-Net, that exploit not only human facial expression but also context information in a joint and boosting manner. The key idea is to hide human faces in a visual scene and seek other contexts based on an attention mechanism. Our networks consist of two sub-networks, including two-stream encoding networks to seperately extract the features of face and context regions, and adaptive fusion networks to fuse such features in an adaptive fashion. We also introduce a novel benchmark for context-aware emotion recognition, called CAER, that is more appropriate than existing benchmarks both qualitatively and quantitatively. On several benchmarks, CAER-Net proves the effect of context for emotion recognition. Our dataset is available at http://caer-dataset.github.io. 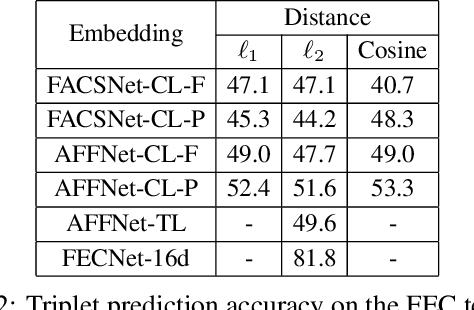 Most of the existing work on automatic facial expression analysis focuses on discrete emotion recognition, or facial action unit detection. However, facial expressions do not always fall neatly into pre-defined semantic categories. Also, the similarity between expressions measured in the action unit space need not correspond to how humans perceive expression similarity. Different from previous work, our goal is to describe facial expressions in a continuous fashion using a compact embedding space that mimics human visual preferences. To achieve this goal, we collect a large-scale faces-in-the-wild dataset with human annotations in the form: Expressions A and B are visually more similar when compared to expression C, and use this dataset to train a neural network that produces a compact (16-dimensional) expression embedding. We experimentally demonstrate that the learned embedding can be successfully used for various applications such as expression retrieval, photo album summarization, and emotion recognition. We also show that the embedding learned using the proposed dataset performs better than several other embeddings learned using existing emotion or action unit datasets. 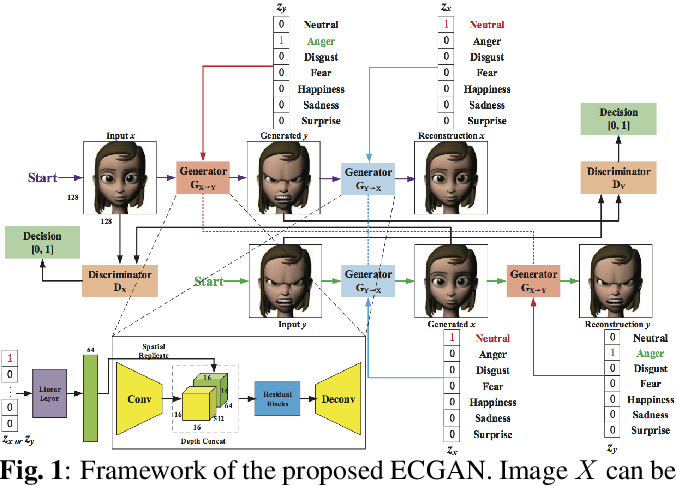 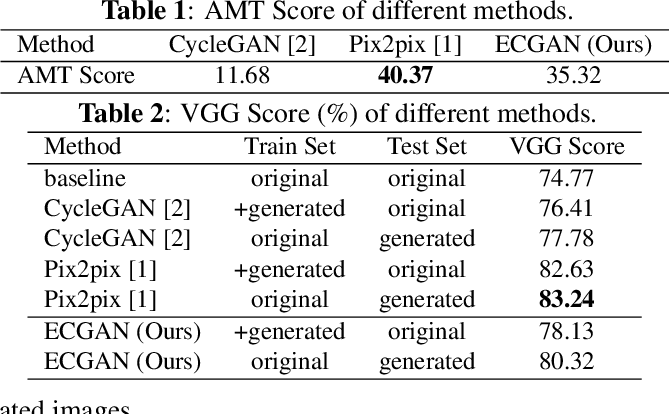 In this paper, we focus on the facial expression translation task and propose a novel Expression Conditional GAN (ECGAN) which can learn the mapping from one image domain to another one based on an additional expression attribute. The proposed ECGAN is a generic framework and is applicable to different expression generation tasks where specific facial expression can be easily controlled by the conditional attribute label. Besides, we introduce a novel face mask loss to reduce the influence of background changing. Moreover, we propose an entire framework for facial expression generation and recognition in the wild, which consists of two modules, i.e., generation and recognition. Finally, we evaluate our framework on several public face datasets in which the subjects have different races, illumination, occlusion, pose, color, content and background conditions. Even though these datasets are very diverse, both the qualitative and quantitative results demonstrate that our approach is able to generate facial expressions accurately and robustly. 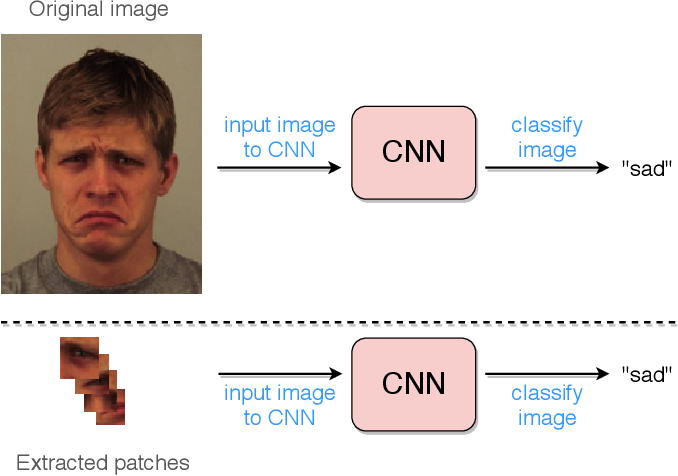 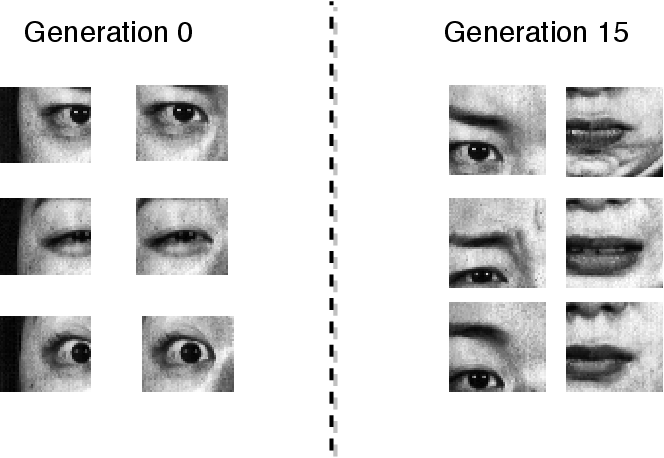 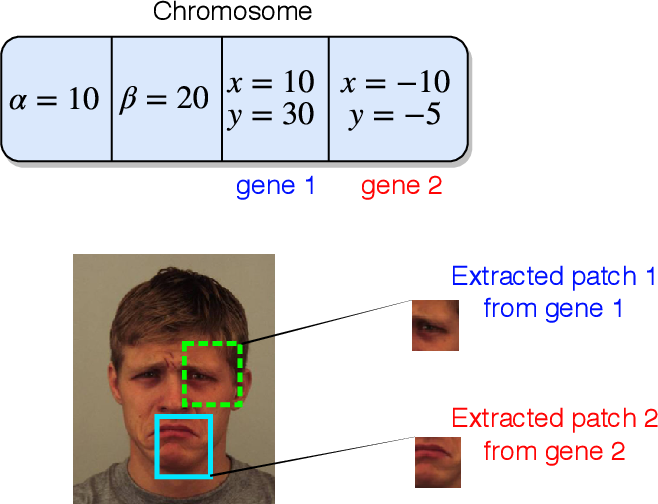 Deep facial expression recognition faces two challenges that both stem from the large number of trainable parameters: long training times and a lack of interpretability. We propose a novel method based on evolutionary algorithms, that deals with both challenges by massively reducing the number of trainable parameters, whilst simultaneously retaining classification performance, and in some cases achieving superior performance. We are robustly able to reduce the number of parameters on average by 95% (e.g. from 2M to 100k parameters) with no loss in classification accuracy. The algorithm learns to choose small patches from the image, relative to the nose, which carry the most important information about emotion, and which coincide with typical human choices of important features. Our work implements a novel form attention and shows that evolutionary algorithms are a valuable addition to machine learning in the deep learning era, both for reducing the number of parameters for facial expression recognition and for providing interpretable features that can help reduce bias. 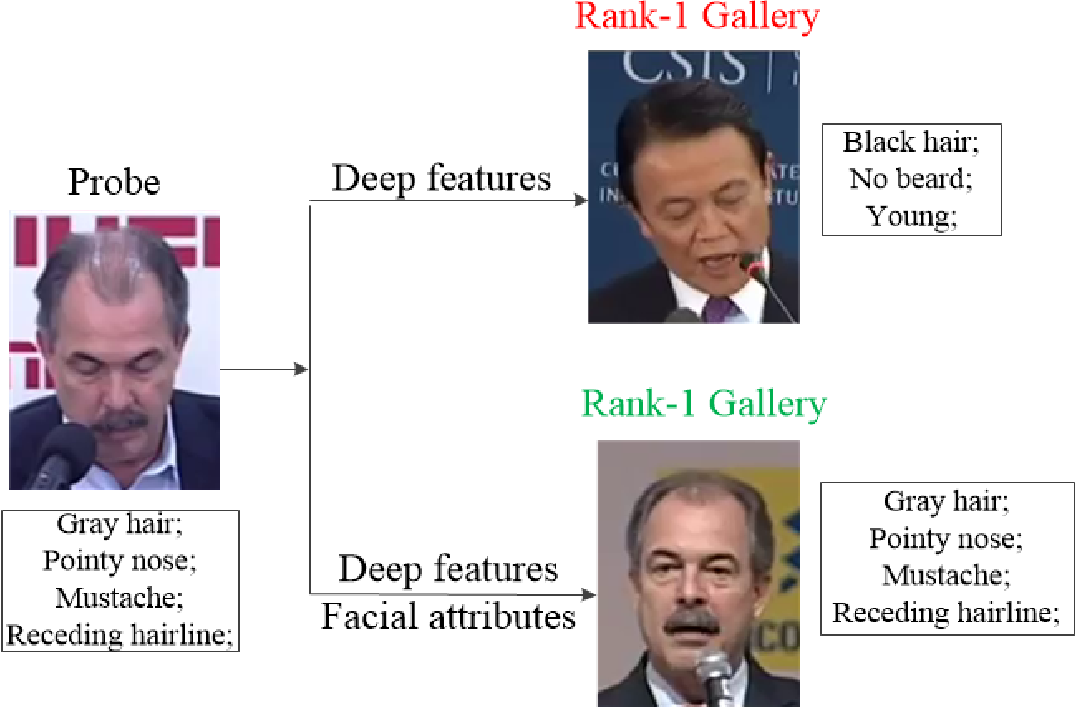 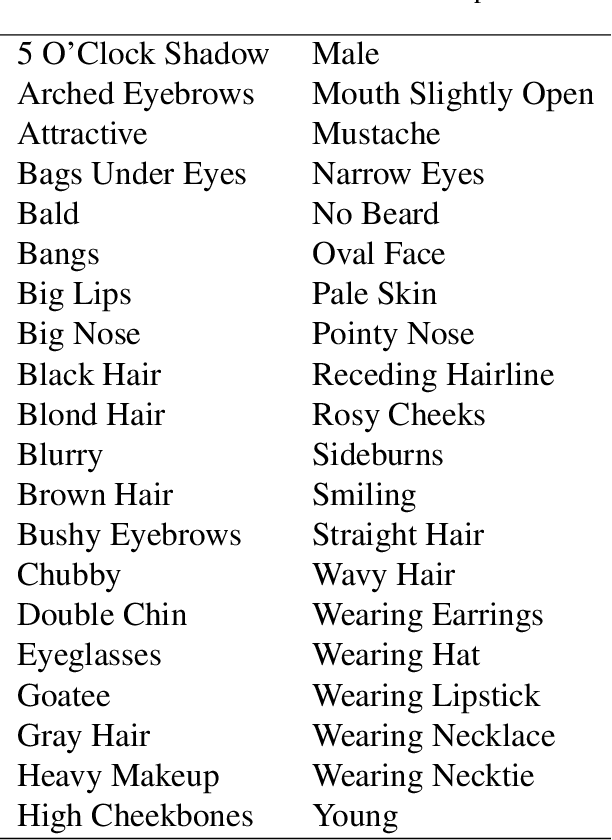 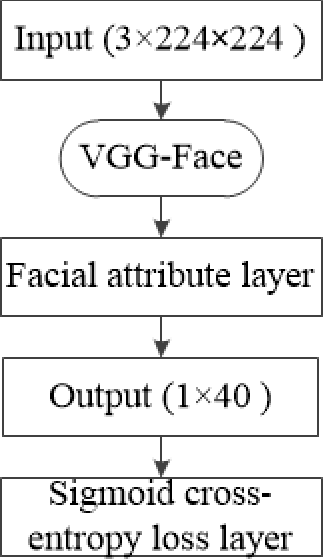 During the COVID-19 coronavirus epidemic, almost everyone wears a facial mask, which poses a huge challenge to deep face recognition. In this workshop, we organize Masked Face Recognition (MFR) challenge and focus on bench-marking deep face recognition methods under the existence of facial masks. In the MFR challenge, there are two main tracks: the InsightFace track and the WebFace260M track. For the InsightFace track, we manually collect a large-scale masked face test set with 7K identities. In addition, we also collect a children test set including 14K identities and a multi-racial test set containing 242K identities. By using these three test sets, we build up an online model testing system, which can give a comprehensive evaluation of face recognition models. To avoid data privacy problems, no test image is released to the public. As the challenge is still under-going, we will keep on updating the top-ranked solutions as well as this report on the arxiv.


* The WebFace260M Track of ICCV-21 MFR Challenge is still open in https://github.com/deepinsight/insightface/tree/master/challenges/iccv21-mfr 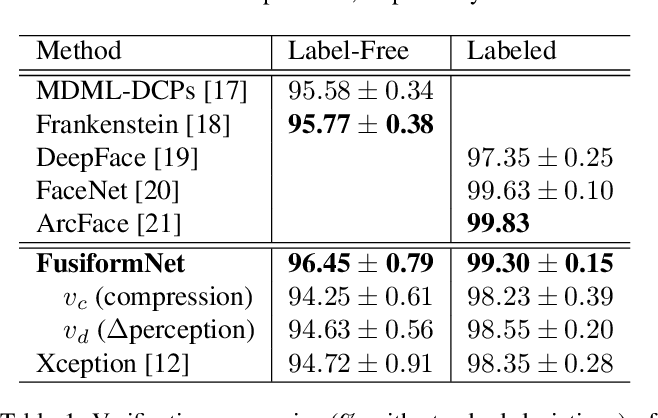 Over the last several years, research on facial recognition based on Deep Neural Network has evolved with approaches like task-specific loss functions, image normalization and augmentation, network architectures, etc. However, there have been few approaches with attention to how human faces differ from person to person. Premising that inter-personal differences are found both generally and locally on the human face, I propose FusiformNet, a novel framework for feature extraction that leverages the nature of person-identifying facial features. Tested on ImageUnrestricted setting of Labeled Face in the Wild benchmark, this method achieved a state-of-the-art accuracy of 96.67% without labeled outside data, image augmentation, normalization, or special loss functions. Likewise, the method also performed on par with previous state-of-the-arts when pretrained on CASIA-WebFace dataset. Considering its ability to extract both general and local facial features, the utility of FusiformNet may not be limited to facial recognition but also extend to other DNN-based tasks.