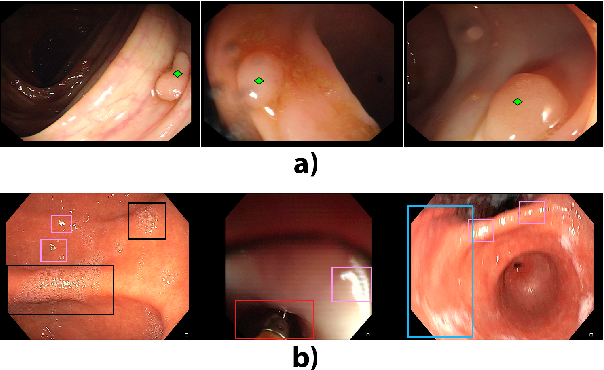 Colorectal polyps are abnormalities in the colon tissue that can develop into colorectal cancer. The survival rate for patients is higher when the disease is detected at an early stage and polyps can be removed before they develop into malignant tumors. Deep learning methods have become the state of art in automatic polyp detection. However, the performance of current models heavily relies on the size and quality of the training datasets. Endoscopic video sequences tend to be corrupted by different artifacts affecting visibility and hence, the detection rates. In this work, we analyze the effects that artifacts have in the polyp localization problem. For this, we evaluate the RetinaNet architecture, originally defined for object localization. We also define a model inspired by the learning without forgetting framework, which allows us to employ artifact detection knowledge in the polyp localization problem. Finally, we perform several experiments to analyze the influence of the artifacts in the performance of these models. To our best knowledge, this is the first extensive analysis of the influence of artifact in polyp localization and the first work incorporating learning without forgetting ideas for simultaneous artifact and polyp localization tasks.

We describe a software toolbox for the configuration of deep neural networks in the domain of skin cancer classification. The implemented software architecture allows developers to quickly set up new convolutional neural network (CNN) architectures and hyper-parameter configurations. At the same time, the user interface, manageable as a simple spreadsheet, allows non-technical users to explore different configuration settings that need to be explored when switching to different data sets. In future versions, meta leaning frameworks can be added, or AutoML systems that continuously improve over time. Preliminary results, conducted with two CNNs in the context melanoma detection on dermoscopic images, quantify the impact of image augmentation, image resolution, and rescaling filter on the overall detection performance and training time. 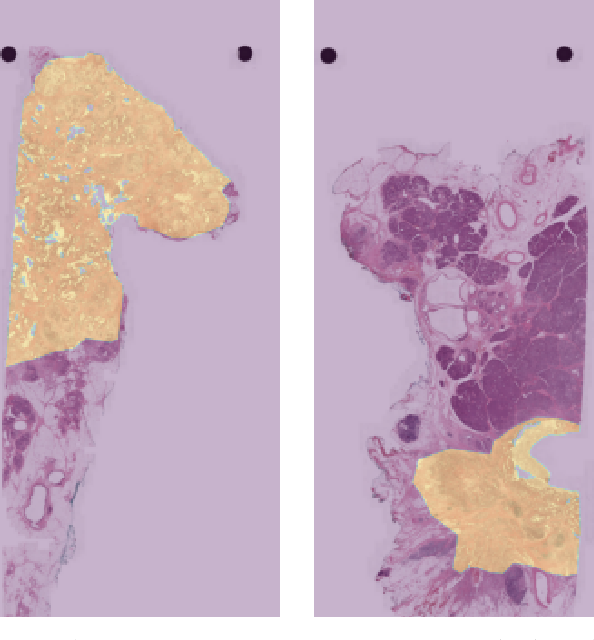 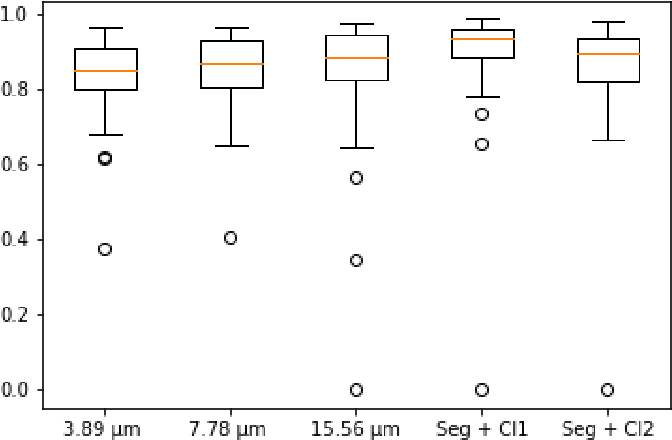 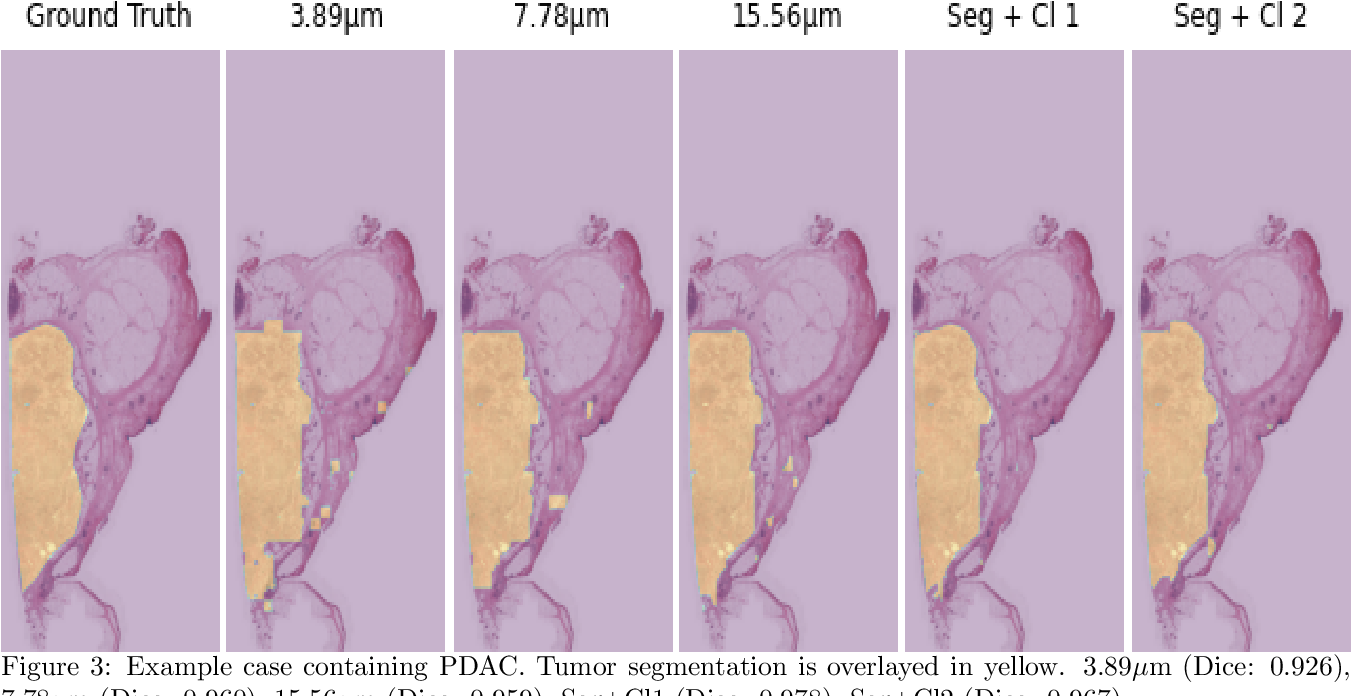 Pancreatic cancer will soon be the second leading cause of cancer-related death in Western society. Imaging techniques such as CT, MRI and ultrasound typically help providing the initial diagnosis, but histopathological assessment is still the gold standard for final confirmation of disease presence and prognosis. In recent years machine learning approaches and pathomics pipelines have shown potential in improving diagnostics and prognostics in other cancerous entities, such as breast and prostate cancer. A crucial first step in these pipelines is typically identification and segmentation of the tumour area. Ideally this step is done automatically to prevent time consuming manual annotation. We propose a multi-task convolutional neural network to balance disease detection and segmentation accuracy. We validated our approach on a dataset of 29 patients (for a total of 58 slides) at different resolutions. The best single task segmentation network achieved a median Dice of 0.885 (0.122) IQR at a resolution of 15.56 $\mu$m. Our multi-task network improved on that with a median Dice score of 0.934 (0.077) IQR. 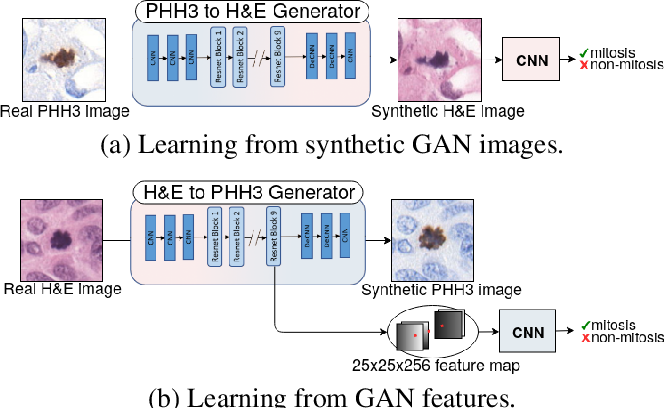 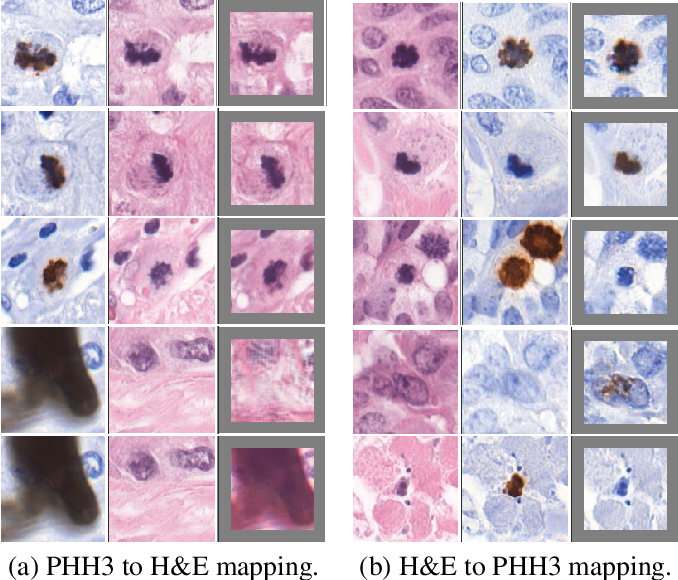 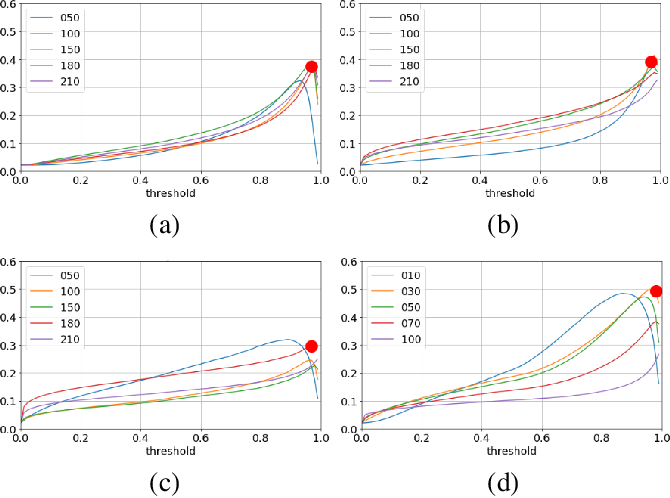 We propose a virtual staining methodology based on Generative Adversarial Networks to map histopathology images of breast cancer tissue from H&E stain to PHH3 and vice versa. We use the resulting synthetic images to build Convolutional Neural Networks (CNN) for automatic detection of mitotic figures, a strong prognostic biomarker used in routine breast cancer diagnosis and grading. We propose several scenarios, in which CNN trained with synthetically generated histopathology images perform on par with or even better than the same baseline model trained with real images. We discuss the potential of this application to scale the number of training samples without the need for manual annotations. 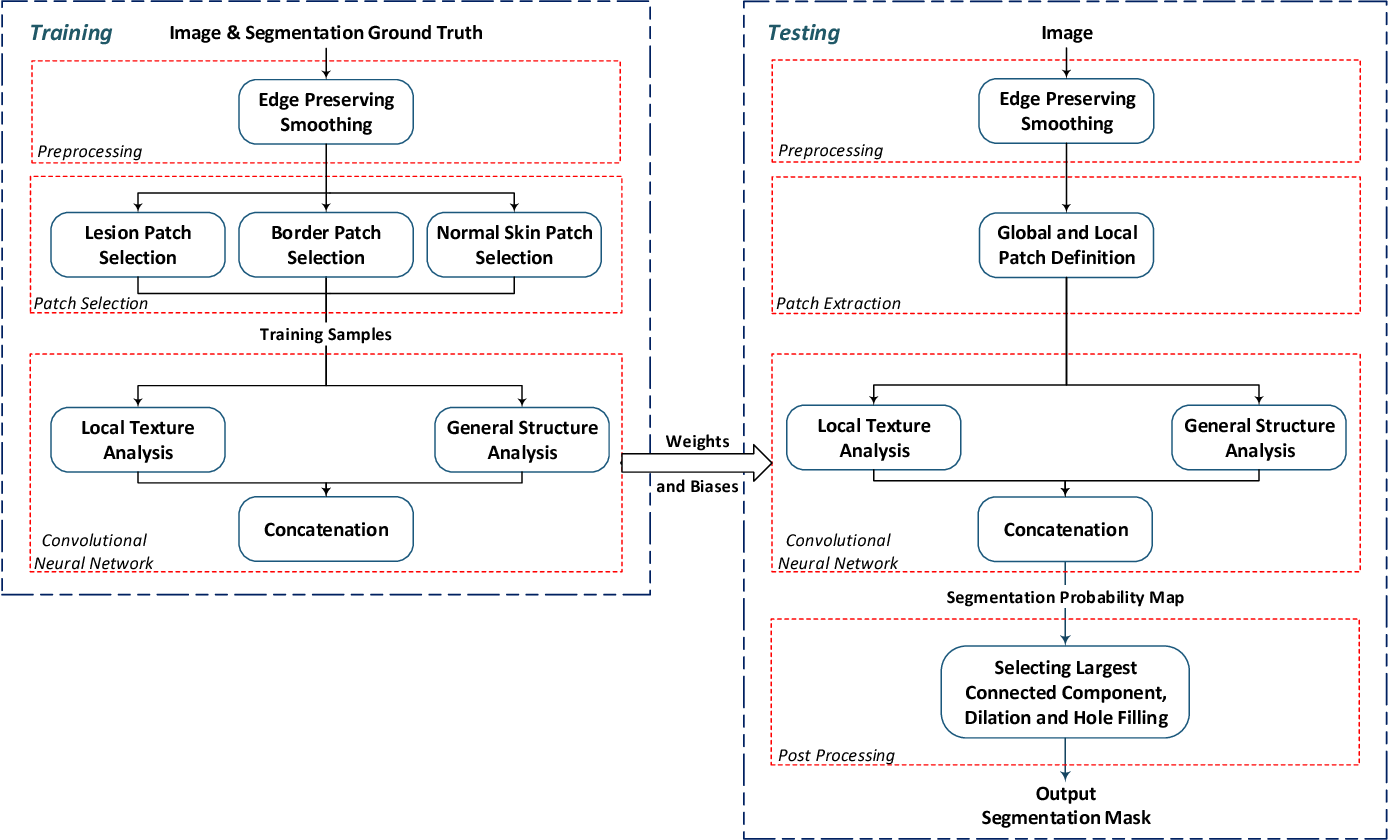 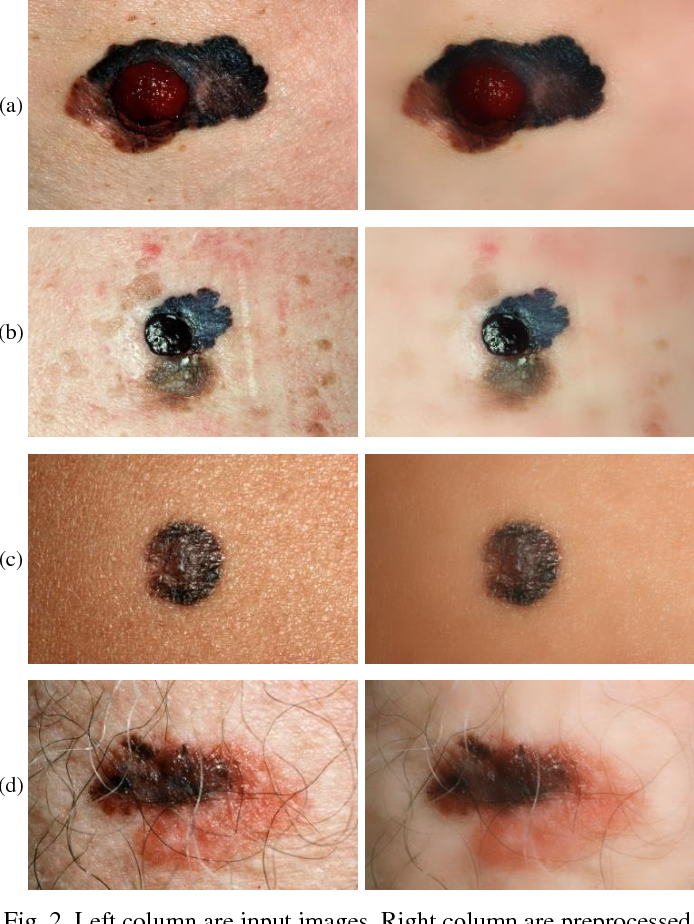 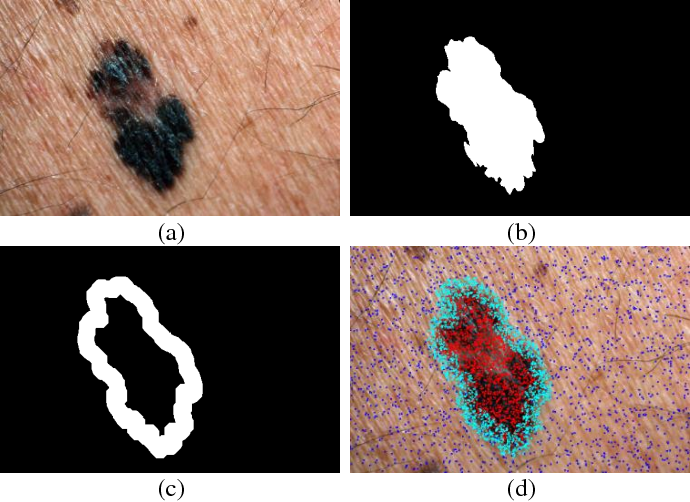 Melanoma is amongst most aggressive types of cancer. However, it is highly curable if detected in its early stages. Prescreening of suspicious moles and lesions for malignancy is of great importance. Detection can be done by images captured by standard cameras, which are more preferable due to low cost and availability. One important step in computerized evaluation of skin lesions is accurate detection of lesion region, i.e. segmentation of an image into two regions as lesion and normal skin. Accurate segmentation can be challenging due to burdens such as illumination variation and low contrast between lesion and healthy skin. In this paper, a method based on deep neural networks is proposed for accurate extraction of a lesion region. The input image is preprocessed and then its patches are fed to a convolutional neural network (CNN). Local texture and global structure of the patches are processed in order to assign pixels to lesion or normal classes. A method for effective selection of training patches is used for more accurate detection of a lesion border. The output segmentation mask is refined by some post processing operations. The experimental results of qualitative and quantitative evaluations demonstrate that our method can outperform other state-of-the-art algorithms exist in the literature. 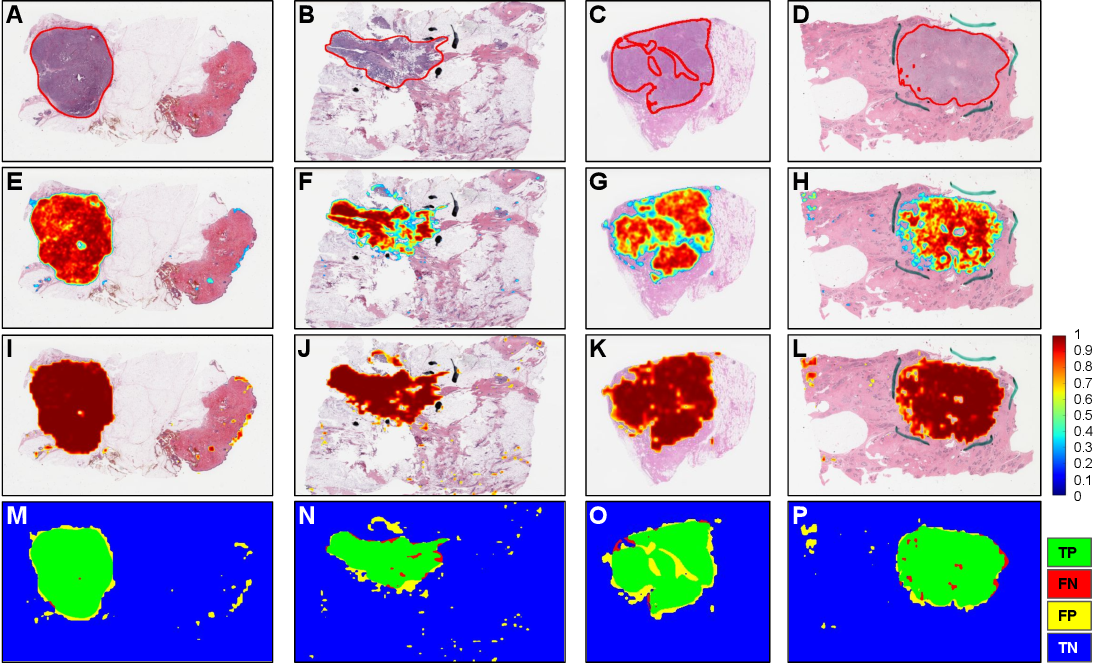 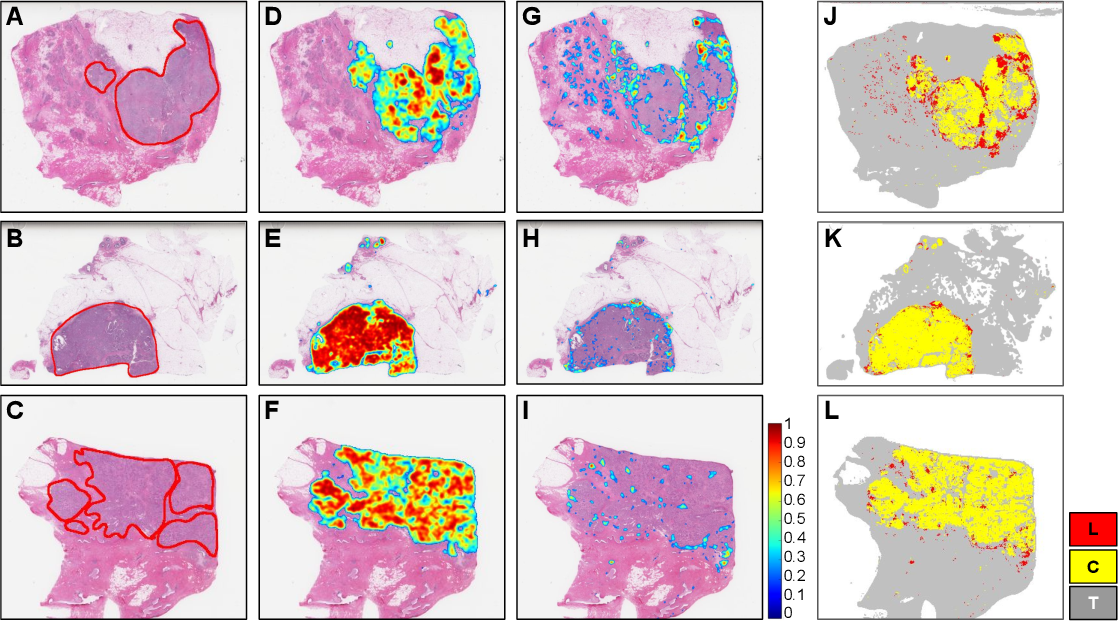 Quantitative assessment of Tumor-TIL spatial relationships is increasingly important in both basic science and clinical aspects of breast cancer research. We have developed and evaluated convolutional neural network (CNN) analysis pipelines to generate combined maps of cancer regions and tumor infiltrating lymphocytes (TILs) in routine diagnostic breast cancer whole slide tissue images (WSIs). We produce interactive whole slide maps that provide 1) insight about the structural patterns and spatial distribution of lymphocytic infiltrates and 2) facilitate improved quantification of TILs. We evaluated both tumor and TIL analyses using three CNN networks - Resnet-34, VGG16 and Inception v4, and demonstrated that the results compared favorably to those obtained by what believe are the best published methods. We have produced open-source tools and generated a public dataset consisting of tumor/TIL maps for 1,015 TCGA breast cancer images. We also present a customized web-based interface that enables easy visualization and interactive exploration of high-resolution combined Tumor-TIL maps for 1,015TCGA invasive breast cancer cases that can be downloaded for further downstream analyses. 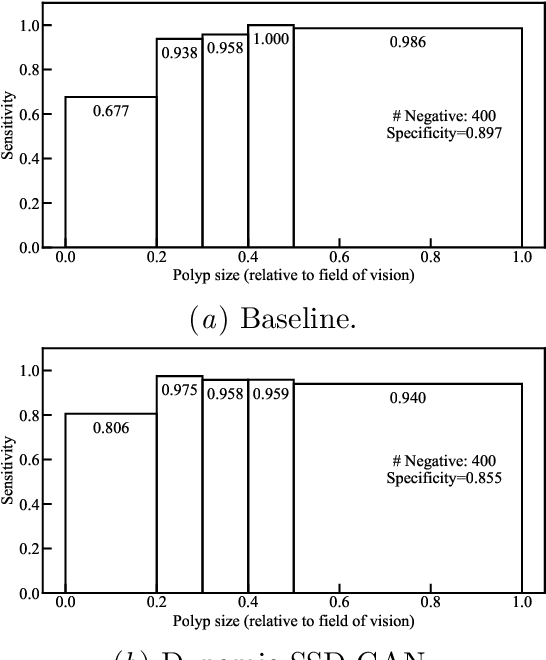 Endoscopic examinations are used to inspect the throat, stomach and bowel for polyps which could develop into cancer. Machine learning systems can be trained to process colonoscopy images and detect polyps. However, these systems tend to perform poorly on objects which appear visually small in the images. It is shown here that combining the single-shot detector as a region proposal network with an adversarially-trained generator to upsample small region proposals can significantly improve the detection of visually-small polyps. The Dynamic SSD-GAN pipeline introduced in this paper achieved a 12% increase in sensitivity on visually-small polyps compared to a conventional FCN baseline. 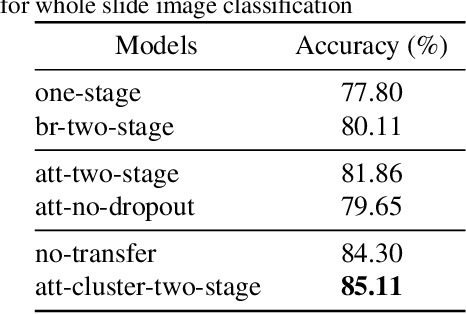 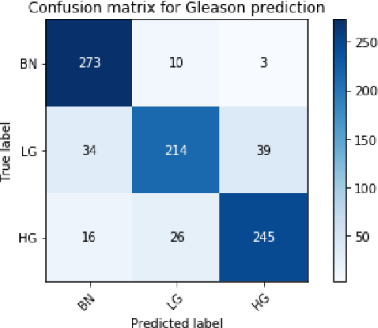 Histology review is often used as the `gold standard' for disease diagnosis. Computer aided diagnosis tools can potentially help improve current pathology workflows by reducing examination time and interobserver variability. Previous work in cancer grading has focused mainly on classifying pre-defined regions of interest (ROIs), or relied on large amounts of fine-grained labels. In this paper, we propose a two-stage attention-based multiple instance learning model for slide-level cancer grading and weakly-supervised ROI detection and demonstrate its use in prostate cancer. Compared with existing Gleason classification models, our model goes a step further by utilizing visualized saliency maps to select informative tiles for fine-grained grade classification. The model was primarily developed on a large-scale whole slide dataset consisting of 3,521 prostate biopsy slides with only slide-level labels from 718 patients. The model achieved state-of-the-art performance for prostate cancer grading with an accuracy of 85.11\% for classifying benign, low-grade (Gleason grade 3+3 or 3+4), and high-grade (Gleason grade 4+3 or higher) slides on an independent test set.

Hotspot detection aims at identifying subgroups in the observations that are unexpected, with respect to the some baseline information. For instance, in disease surveillance, the purpose is to detect sub-regions in spatiotemporal space, where the count of reported diseases (e.g. Cancer) is higher than expected, with respect to the population. The state-of-the-art method for this kind of problem is the Space-Time Scan Statistics (STScan), which exhaustively search the whole space through a sliding window looking for significant spatiotemporal clusters. STScan makes some restrictive assumptions about the distribution of data, the shape of the hotspots and the quality of data, which can be unrealistic for some nontraditional data sources. A novel methodology called EigenSpot is proposed where instead of an exhaustive search over the space, tracks the changes in a space-time correlation structure. Not only does the new approach presents much more computational efficiency, but also makes no assumption about the data distribution, hotspot shape or the data quality. The principal idea is that with the joint combination of abnormal elements in the principal spatial and the temporal singular vectors, the location of hotspots in the spatiotemporal space can be approximated. A comprehensive experimental evaluation, both on simulated and real data sets reveals the effectiveness of the proposed method.


* To appear in Expert Systems Journal