Radiomics has proven to be a powerful prognostic tool for cancer detection, and has previously been applied in lung, breast, prostate, and head-and-neck cancer studies with great success. However, these radiomics-driven methods rely on pre-defined, hand-crafted radiomic feature sets that can limit their ability to characterize unique cancer traits. In this study, we introduce a novel discovery radiomics framework where we directly discover custom radiomic features from the wealth of available medical imaging data. In particular, we leverage novel StochasticNet radiomic sequencers for extracting custom radiomic features tailored for characterizing unique cancer tissue phenotype. Using StochasticNet radiomic sequencers discovered using a wealth of lung CT data, we perform binary classification on 42,340 lung lesions obtained from the CT scans of 93 patients in the LIDC-IDRI dataset. Preliminary results show significant improvement over previous state-of-the-art methods, indicating the potential of the proposed discovery radiomics framework for improving cancer screening and diagnosis. 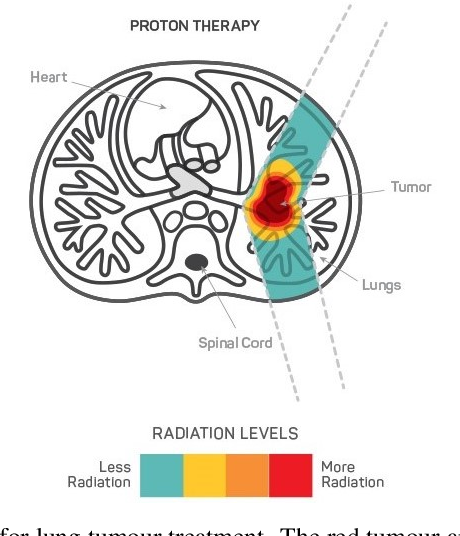 Lung cancer is deadly cancer that causes millions of deaths every year around the world. Accurate lung nodule detection and segmentation in computed tomography (CT) images is the most important part of diagnosing lung cancer in the early stage. Most of the existing systems are semi-automated and need to manually select the lung and nodules regions to perform the segmentation task. To address these challenges, we proposed a fully automated end-to-end lung nodule detection and segmentation system based on a deep learning approach. In this paper, we used Optimized Faster R-CNN; a state-of-the-art detection model to detect the lung nodule regions in the CT scans. Furthermore, we proposed an attention-aware weight excitation U-Net, called AWEU-Net, for lung nodule segmentation and boundaries detection. To achieve more accurate nodule segmentation, in AWEU-Net, we proposed position attention-aware weight excitation (PAWE), and channel attention-aware weight excitation (CAWE) blocks to highlight the best aligned spatial and channel features in the input feature maps. The experimental results demonstrate that our proposed model yields a Dice score of 89.79% and 90.35%, and an intersection over union (IoU) of 82.34% and 83.21% on the publicly LUNA16 and LIDC-IDRI datasets, respectively. 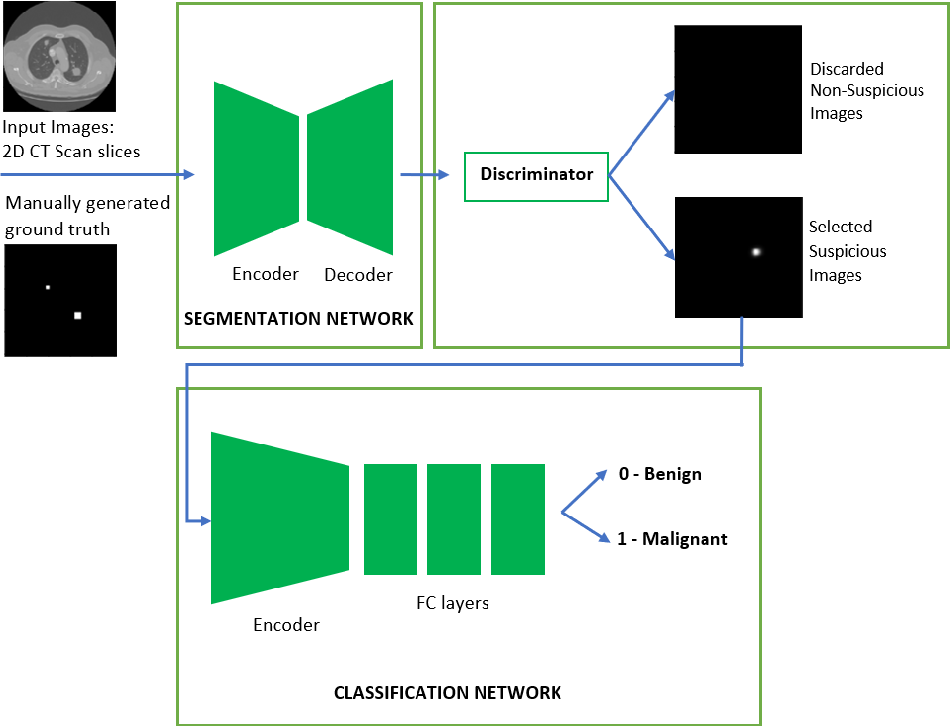 Lung cancer is one of the most deadly diseases in the world. Detecting such tumors at an early stage can be a tedious task. Existing deep learning architecture for lung nodule identification used complex architecture with large number of parameters. This study developed a cascaded architecture which can accurately segment and classify the benign or malignant lung nodules on computed tomography (CT) images. The main contribution of this study is to introduce a segmentation network where the first stage trained on a public data set can help to recognize the images which included a nodule from any data set by means of transfer learning. And the segmentation of a nodule improves the second stage to classify the nodules into benign and malignant. The proposed architecture outperformed the conventional methods with an area under curve value of 95.67\%. The experimental results showed that the classification accuracy of 97.96\% of our proposed architecture outperformed other simple and complex architectures in classifying lung nodules for lung cancer detection. 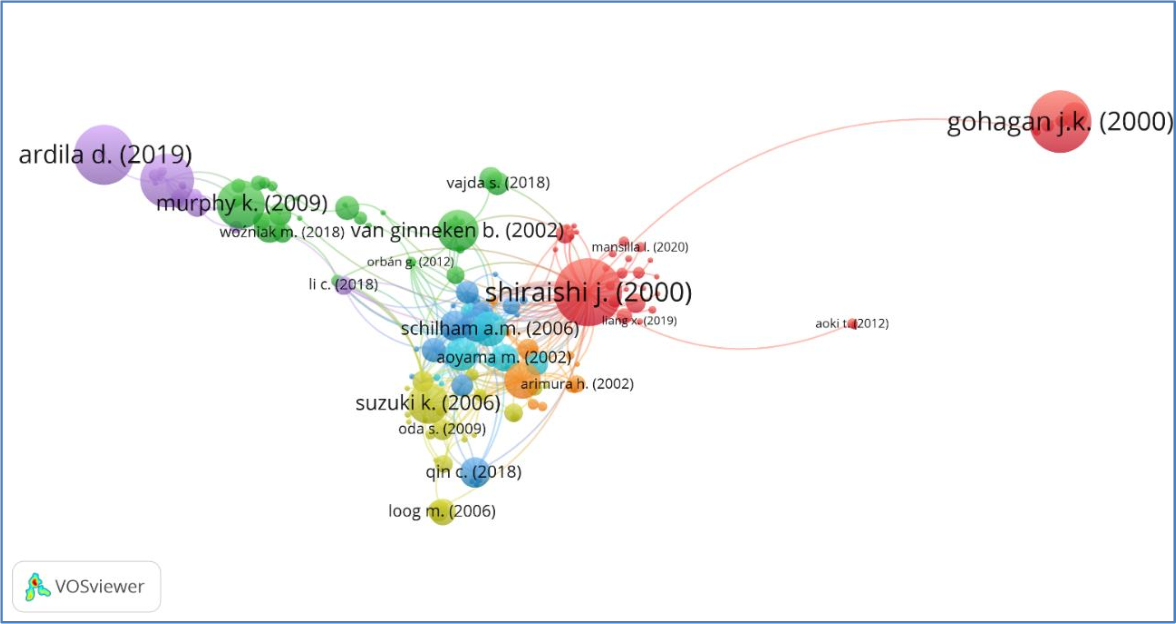 Lung cancer is the leading cause of cancer death worldwide and a good prognosis depends on early diagnosis. Unfortunately, screening programs for the early diagnosis of lung cancer are uncommon. This is in-part due to the at-risk groups being located in rural areas far from medical facilities. Reaching these populations would require a scaled approach that combines mobility, low cost, speed, accuracy, and privacy. We can resolve these issues by combining the chest X-ray imaging mode with a federated deep-learning approach, provided that the federated model is trained on homogenous data to ensure that no single data source can adversely bias the model at any point in time. In this study we show that an image pre-processing pipeline that homogenizes and debiases chest X-ray images can improve both internal classification and external generalization, paving the way for a low-cost and accessible deep learning-based clinical system for lung cancer screening. An evolutionary pruning mechanism is used to train a nodule detection deep learning model on the most informative images from a publicly available lung nodule X-ray dataset. Histogram equalization is used to remove systematic differences in image brightness and contrast. Model training is performed using all combinations of lung field segmentation, close cropping, and rib suppression operators. We show that this pre-processing pipeline results in deep learning models that successfully generalize an independent lung nodule dataset using ablation studies to assess the contribution of each operator in this pipeline. In stripping chest X-ray images of known confounding variables by lung field segmentation, along with suppression of signal noise from the bone structure we can train a highly accurate deep learning lung nodule detection algorithm with outstanding generalization accuracy of 89% to nodule samples in unseen data. 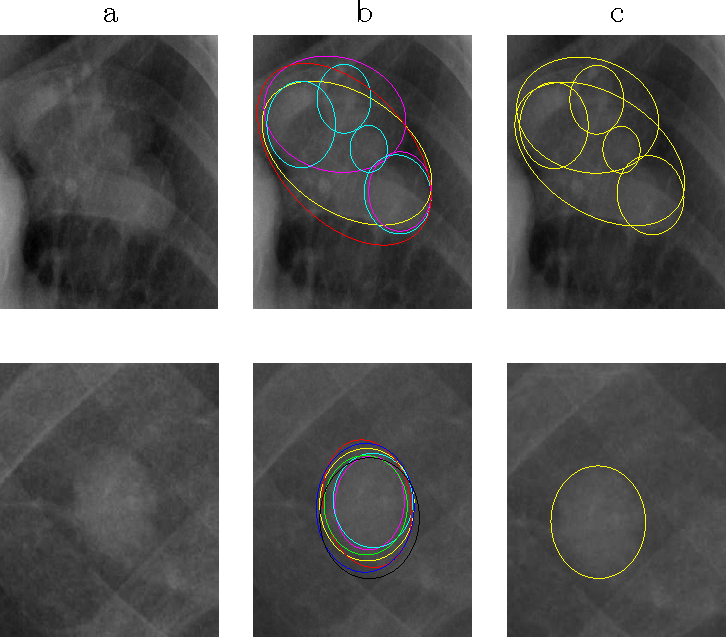 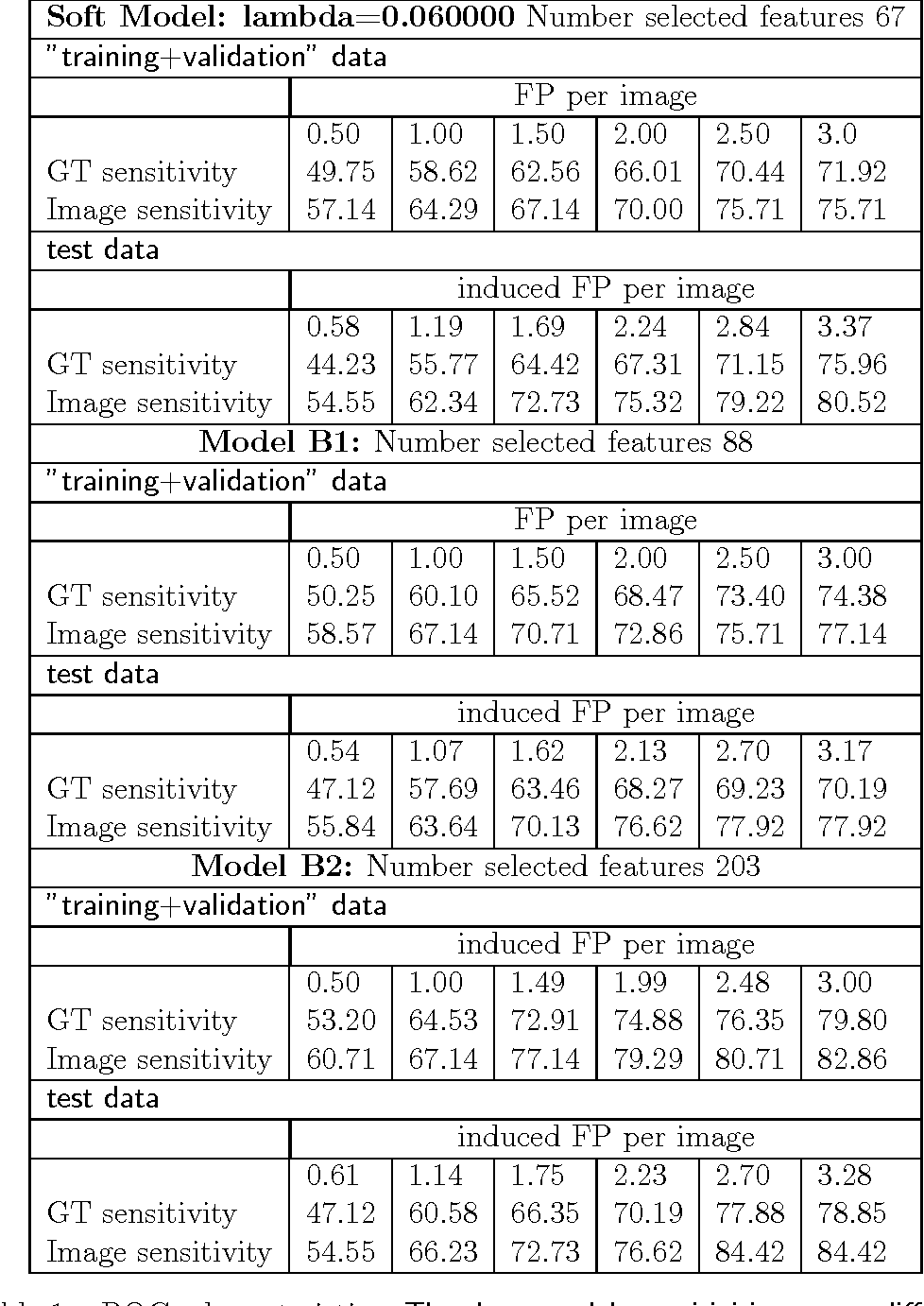 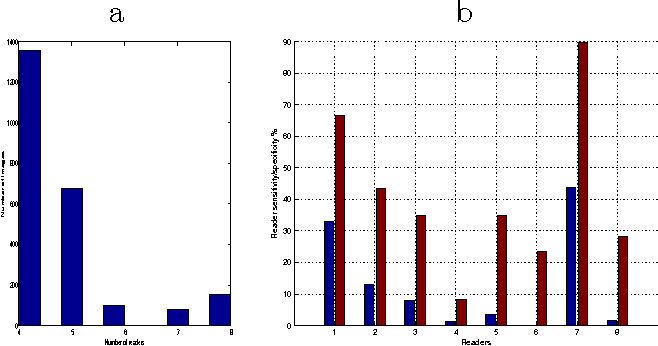 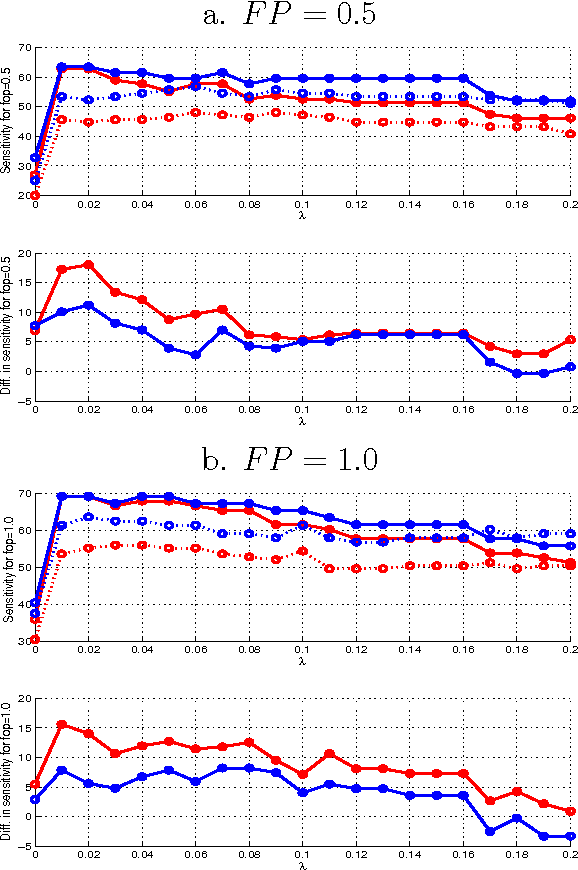 This paper deals with the multiple annotation problem in medical application of cancer detection in digital images. The main assumption is that though images are labeled by many experts, the number of images read by the same expert is not large. Thus differing with the existing work on modeling each expert and ground truth simultaneously, the multi annotation information is used in a soft manner. The multiple labels from different experts are used to estimate the probability of the findings to be marked as malignant. The learning algorithm minimizes the Kullback Leibler (KL) divergence between the modeled probabilities and desired ones constraining the model to be compact. The probabilities are modeled by logit regression and multiple instance learning concept is used by us. Experiments on a real-life computer aided diagnosis (CAD) problem for CXR CAD lung cancer detection demonstrate that the proposed algorithm leads to similar results as learning with a binary RVMMIL classifier or a mixture of binary RVMMIL models per annotator. However, this model achieves a smaller complexity and is more preferable in practice. 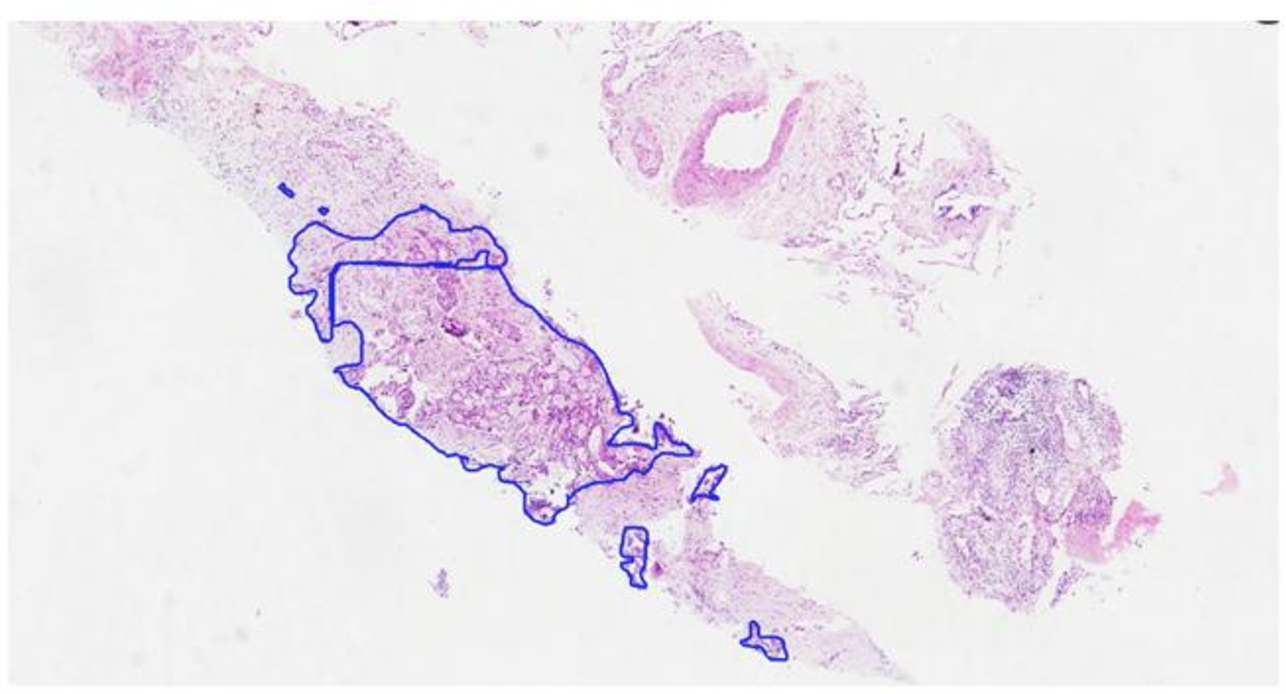 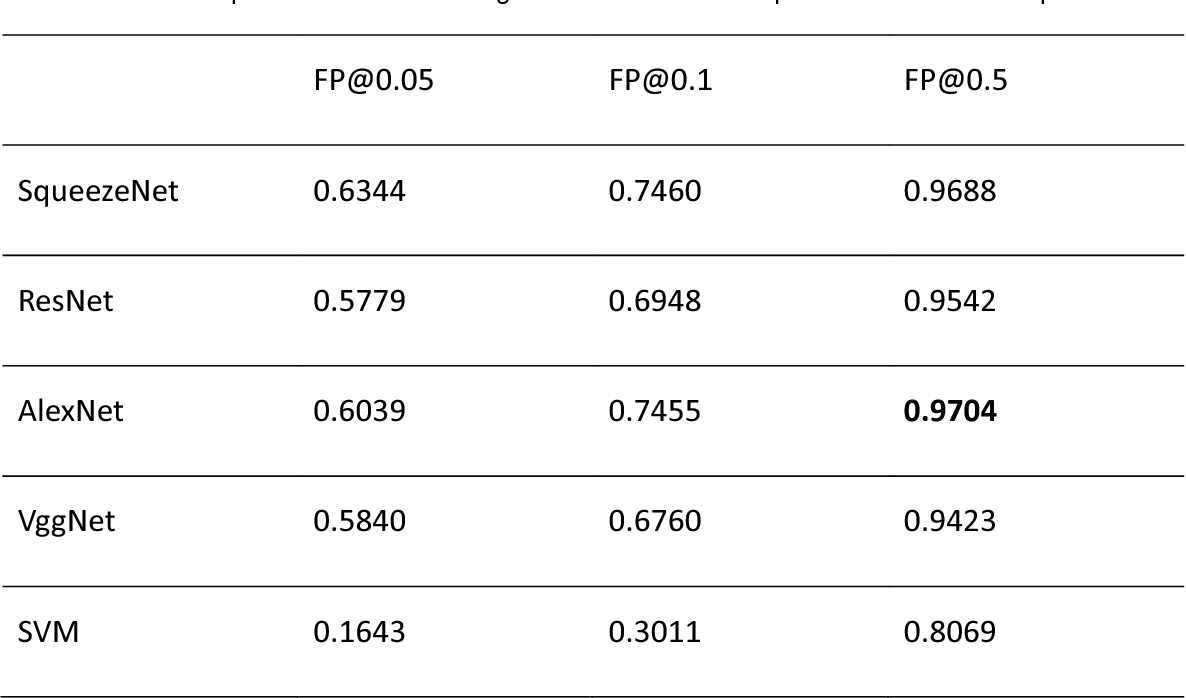 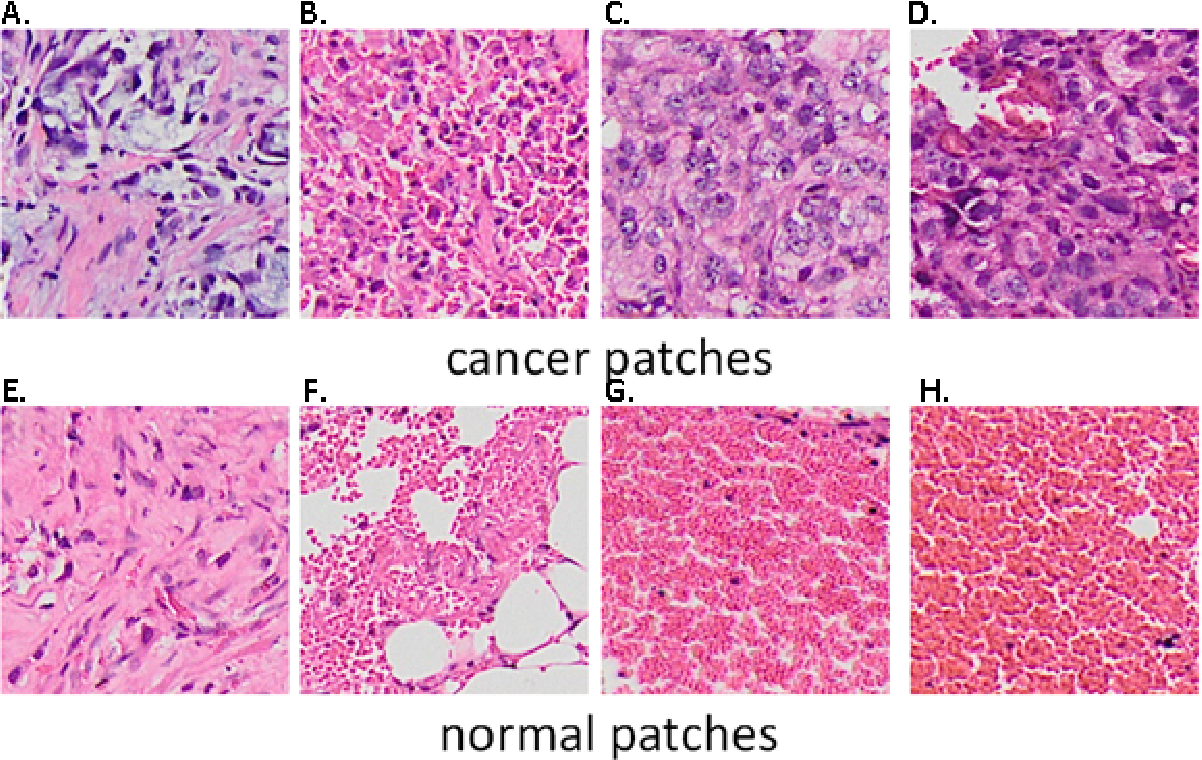 Aim: Early detection and correct diagnosis of lung cancer are the most important steps in improving patient outcome. This study aims to assess which deep learning models perform best in lung cancer diagnosis. Methods: Non-small cell lung carcinoma and small cell lung carcinoma biopsy specimens were consecutively obtained and stained. The specimen slides were diagnosed by two experienced pathologists (over 20 years). Several deep learning models were trained to discriminate cancer and non-cancer biopsies. Result: Deep learning models give reasonable AUC from 0.8810 to 0.9119. Conclusion: The deep learning analysis could help to speed up the detection process for the whole-slide image (WSI) and keep the comparable detection rate with human observer. 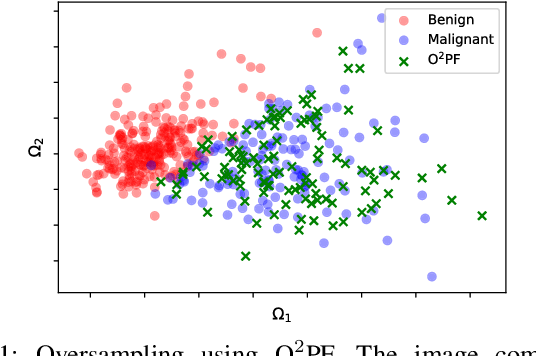 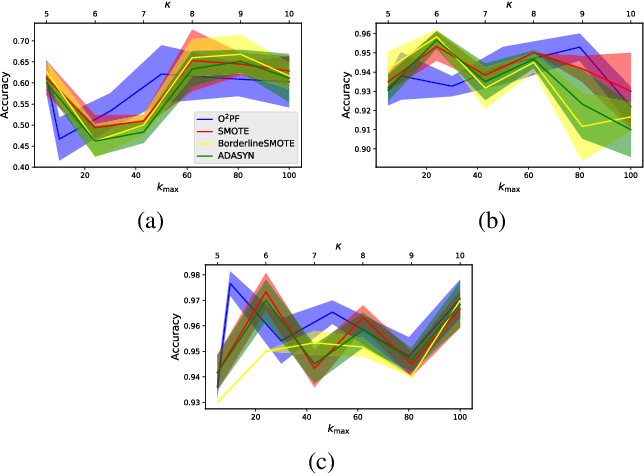 Breast cancer is among the most deadly diseases, distressing mostly women worldwide. Although traditional methods for detection have presented themselves as valid for the task, they still commonly present low accuracies and demand considerable time and effort from professionals. Therefore, a computer-aided diagnosis (CAD) system capable of providing early detection becomes hugely desirable. In the last decade, machine learning-based techniques have been of paramount importance in this context, since they are capable of extracting essential information from data and reasoning about it. However, such approaches still suffer from imbalanced data, specifically on medical issues, where the number of healthy people samples is, in general, considerably higher than the number of patients. Therefore this paper proposes the $\text{O}^2$PF, a data oversampling method based on the unsupervised Optimum-Path Forest Algorithm. Experiments conducted over the full oversampling scenario state the robustness of the model, which is compared against three well-established oversampling methods considering three breast cancer and three general-purpose tasks for medical issues datasets.

Breast cancer is the most prevalent cancer worldwide and is increasing in incidence, with over two million new cases now diagnosed each year. As part of diagnostic tumour grading, histopathologists manually count the number of dividing cells (mitotic figures) in a sample. Since the process is subjective and time-consuming, artificial intelligence (AI) methods have been developed to automate the process, however these methods often perform poorly when applied to data from outside of the original (training) domain, i.e. they do not generalise well to variations in histological background, staining protocols, or scanner types. Style transfer, a form of domain adaptation, provides the means to transform images from different domains to a shared visual appearance and have been adopted in various applications to mitigate the issue of domain shift. In this paper we train two mitosis detection models and two style transfer methods and evaluate the usefulness of the latter for improving mitosis detection performance in images digitised using different scanners. We found that the best of these models, U-Net without style transfer, achieved an F1-score of 0.693 on the MIDOG 2021 preliminary test set. 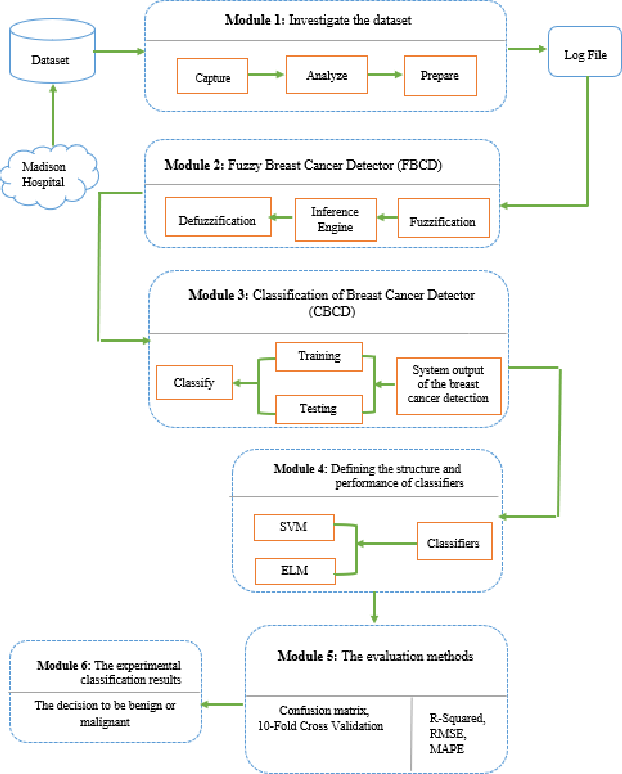 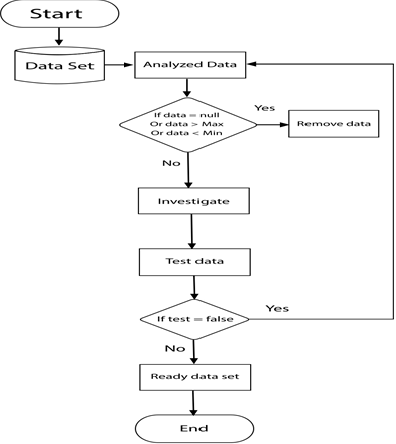 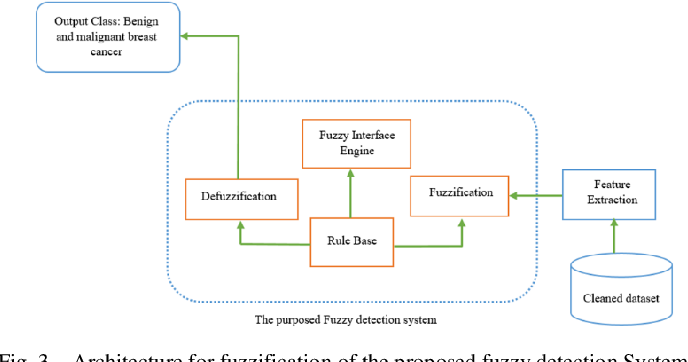 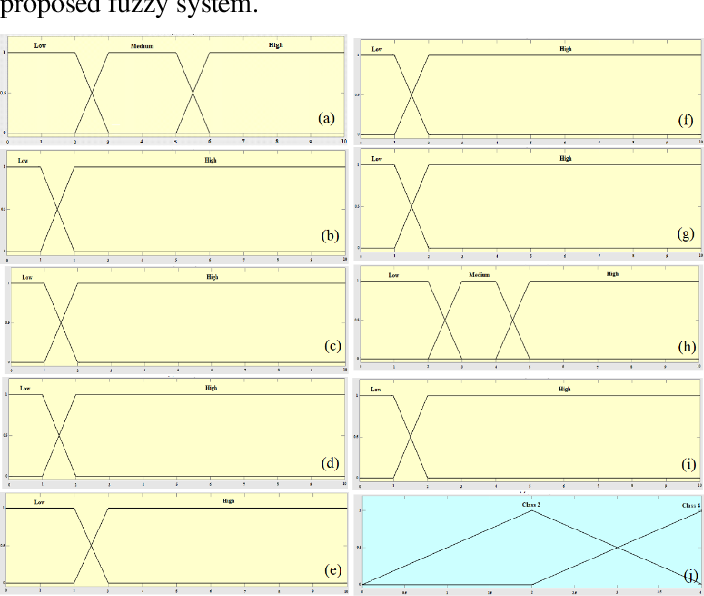 Mammography is often used as the most common laboratory method for the detection of breast cancer, yet associated with the high cost and many side effects. Machine learning prediction as an alternative method has shown promising results. This paper presents a method based on a multilayer fuzzy expert system for the detection of breast cancer using an extreme learning machine (ELM) classification model integrated with radial basis function (RBF) kernel called ELM-RBF, considering the Wisconsin dataset. The performance of the proposed model is further compared with a linear-SVM model. The proposed model outperforms the linear-SVM model with RMSE, R2, MAPE equal to 0.1719, 0.9374 and 0.0539, respectively. Furthermore, both models are studied in terms of criteria of accuracy, precision, sensitivity, specificity, validation, true positive rate (TPR), and false-negative rate (FNR). The ELM-RBF model for these criteria presents better performance compared to the SVM model. 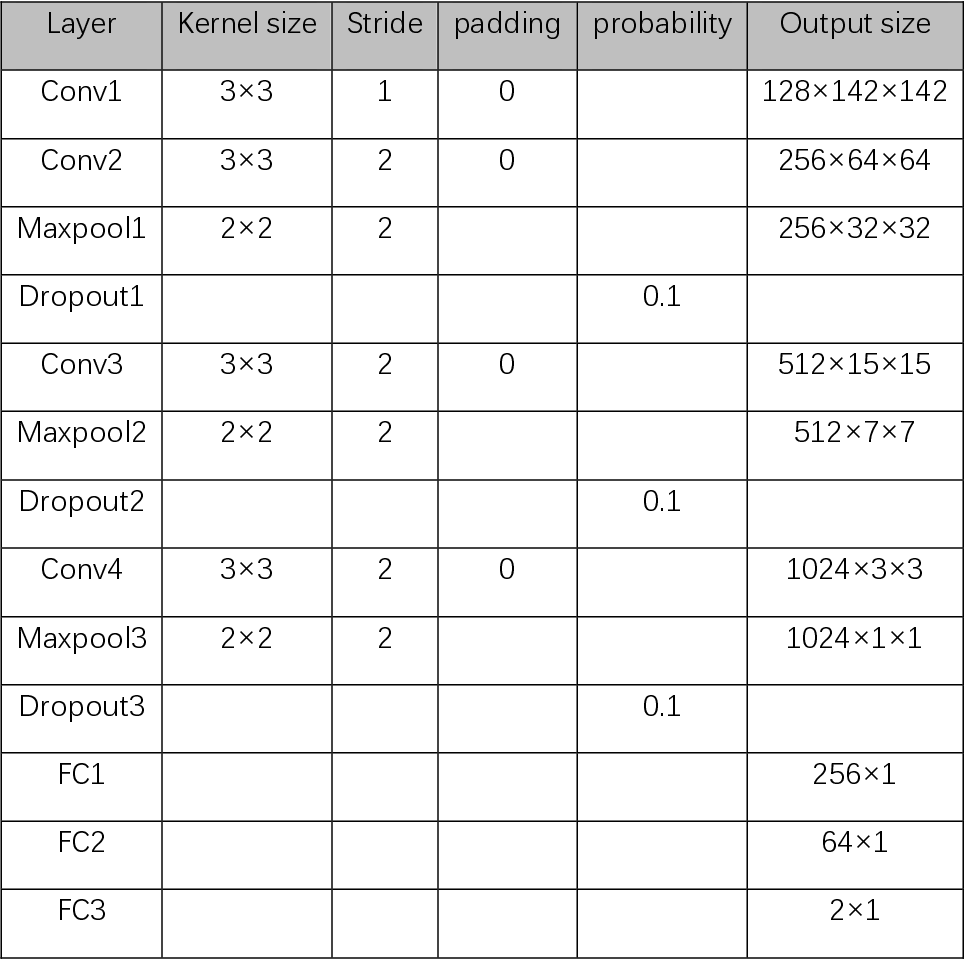 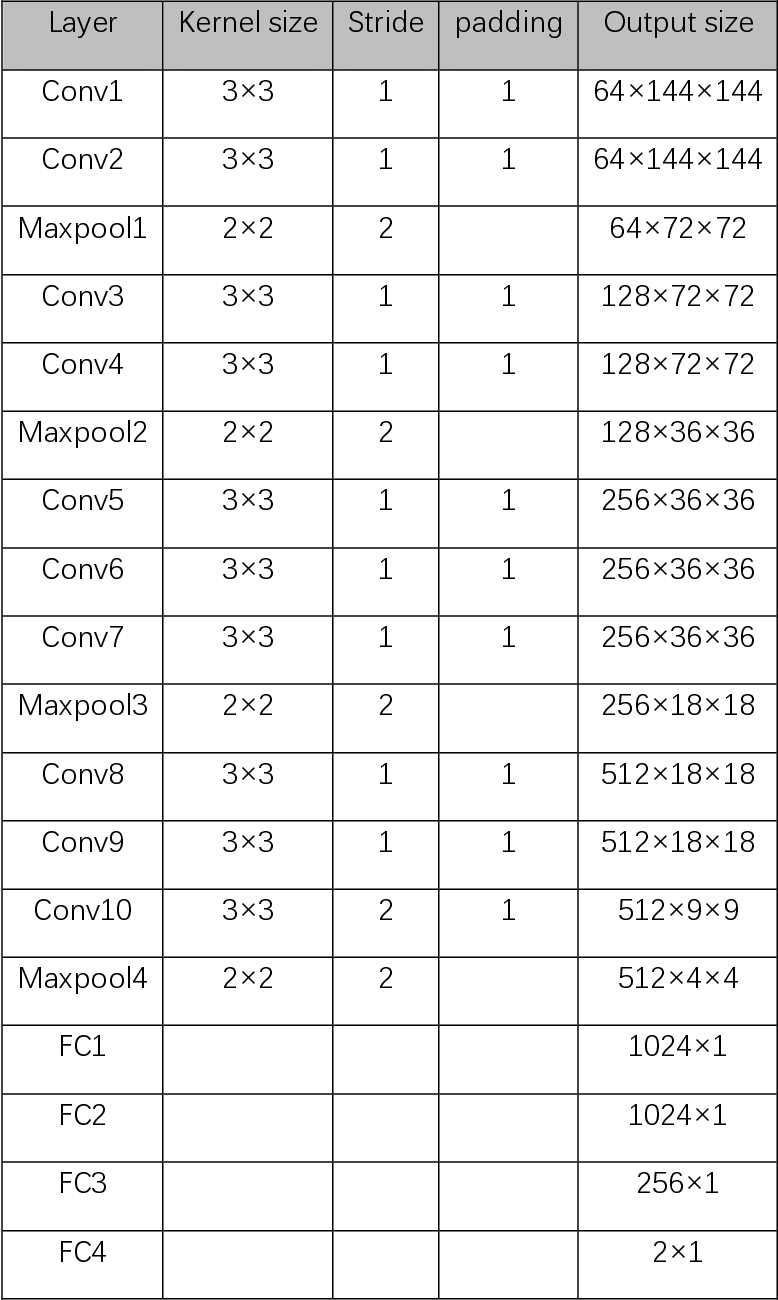 Data augmentation refers to a group of techniques whose goal is to battle limited amount of available data to improve model generalization and push sample distribution toward the true distribution. While different augmentation strategies and their combinations have been investigated for various computer vision tasks in the context of deep learning, a specific work in the domain of medical imaging is rare and to the best of our knowledge, there has been no dedicated work on exploring the effects of various augmentation methods on the performance of deep learning models in prostate cancer detection. In this work, we have statically applied five most frequently used augmentation techniques (random rotation, horizontal flip, vertical flip, random crop, and translation) to prostate Diffusion-weighted Magnetic Resonance Imaging training dataset of 217 patients separately and evaluated the effect of each method on the accuracy of prostate cancer detection. The augmentation algorithms were applied independently to each data channel and a shallow as well as a deep Convolutional Neural Network (CNN) were trained on the five augmented sets separately. We used Area Under Receiver Operating Characteristic (ROC) curve (AUC) to evaluate the performance of the trained CNNs on a separate test set of 95 patients, using a validation set of 102 patients for finetuning. The shallow network outperformed the deep network with the best 2D slice-based AUC of 0.85 obtained by the rotation method.