Many machine learning algorithms are vulnerable to almost imperceptible perturbations of their inputs. So far it was unclear how much risk adversarial perturbations carry for the safety of real-world machine learning applications because most methods used to generate such perturbations rely either on detailed model information (gradient-based attacks) or on confidence scores such as class probabilities (score-based attacks), neither of which are available in most real-world scenarios. In many such cases one currently needs to retreat to transfer-based attacks which rely on cumbersome substitute models, need access to the training data and can be defended against. Here we emphasise the importance of attacks which solely rely on the final model decision. Such decision-based attacks are (1) applicable to real-world black-box models such as autonomous cars, (2) need less knowledge and are easier to apply than transfer-based attacks and (3) are more robust to simple defences than gradient- or score-based attacks. Previous attacks in this category were limited to simple models or simple datasets. Here we introduce the Boundary Attack, a decision-based attack that starts from a large adversarial perturbation and then seeks to reduce the perturbation while staying adversarial. The attack is conceptually simple, requires close to no hyperparameter tuning, does not rely on substitute models and is competitive with the best gradient-based attacks in standard computer vision tasks like ImageNet. We apply the attack on two black-box algorithms from Clarifai.com. The Boundary Attack in particular and the class of decision-based attacks in general open new avenues to study the robustness of machine learning models and raise new questions regarding the safety of deployed machine learning systems. An implementation of the attack is available as part of Foolbox at https://github.com/bethgelab/foolbox .


* Published as a conference paper at the Sixth International Conference on Learning Representations (ICLR 2018) https://openreview.net/forum?id=SyZI0GWCZ 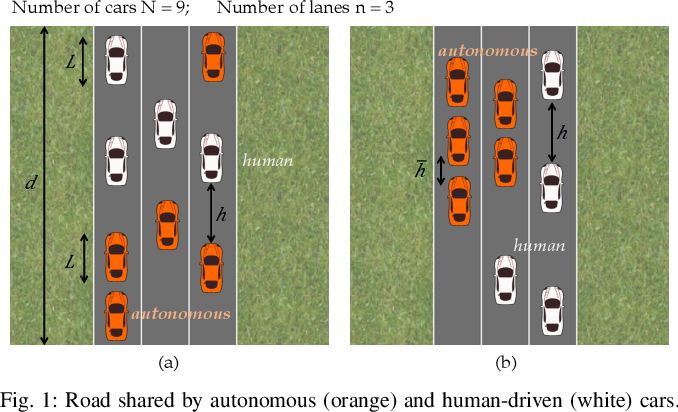 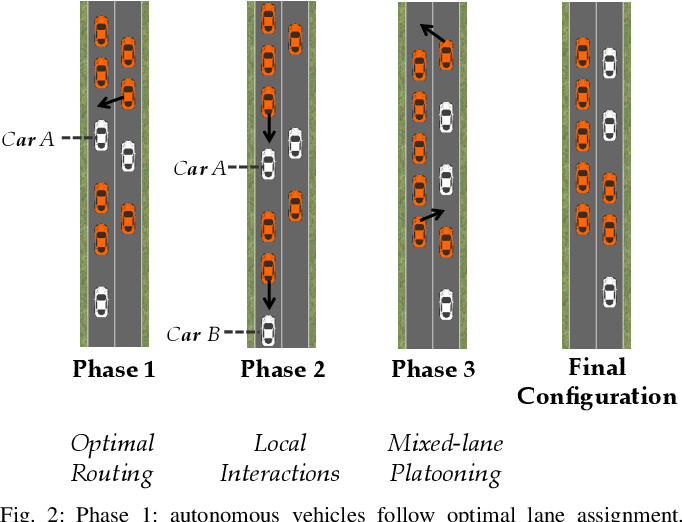 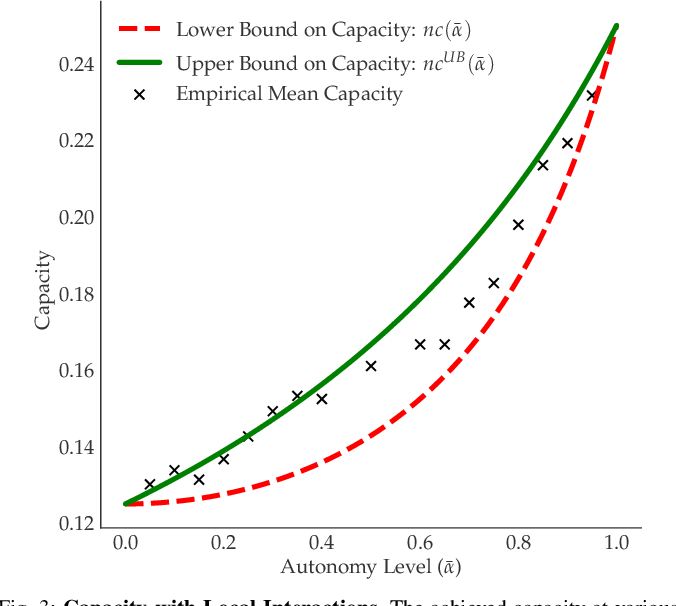 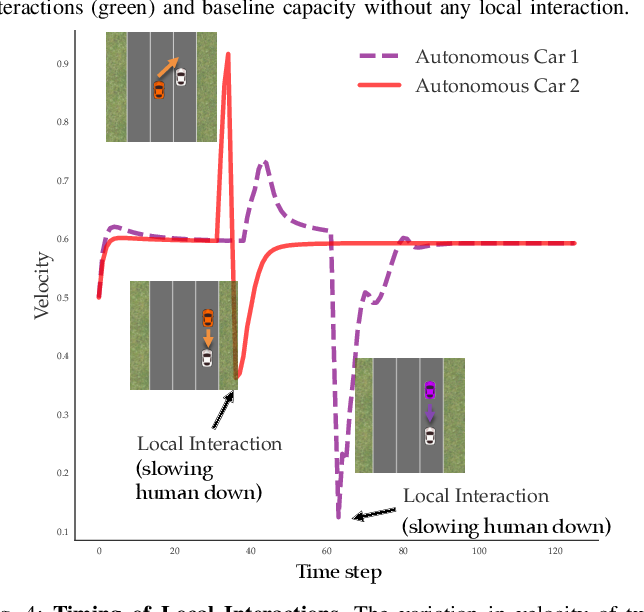 The emerging technology enabling autonomy in vehicles has led to a variety of new problems in transportation networks, such as planning and perception for autonomous vehicles. Other works consider social objectives such as decreasing fuel consumption and travel time by platooning. However, these strategies are limited by the actions of the surrounding human drivers. In this paper, we consider proactively achieving these social objectives by influencing human behavior through planned interactions. Our key insight is that we can use these social objectives to design local interactions that influence human behavior to achieve these goals. To this end, we characterize the increase in road capacity afforded by platooning, as well as the vehicle configuration that maximizes road capacity. We present a novel algorithm that uses a low-level control framework to leverage local interactions to optimally rearrange vehicles. We showcase our algorithm using a simulated road shared between autonomous and human-driven vehicles, in which we illustrate the reordering in action.

Mind the Gap! A Study on the Transferability of Virtual vs Physical-world Testing of Autonomous Driving Systems

Safe deployment of self-driving cars (SDC) necessitates thorough simulated and in-field testing. Most testing techniques consider virtualized SDCs within a simulation environment, whereas less effort has been directed towards assessing whether such techniques transfer to and are effective with a physical real-world vehicle. In this paper, we leverage the Donkey Car open-source framework to empirically compare testing of SDCs when deployed on a physical small-scale vehicle vs its virtual simulated counterpart. In our empirical study, we investigate the transferability of behavior and failure exposure between virtual and real-world environments on a vast set of corrupted and adversarial settings. While a large number of testing results do transfer between virtual and physical environments, we also identified critical shortcomings that contribute to the reality gap between the virtual and physical world, threatening the potential of existing testing solutions when applied to physical SDCs. 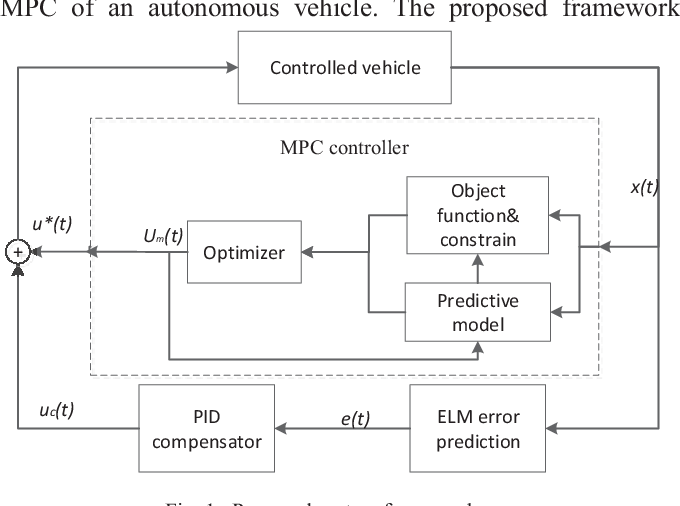 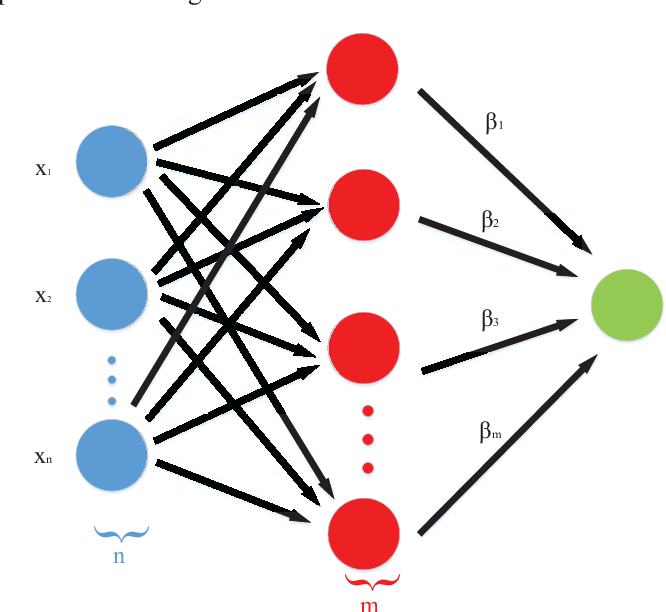 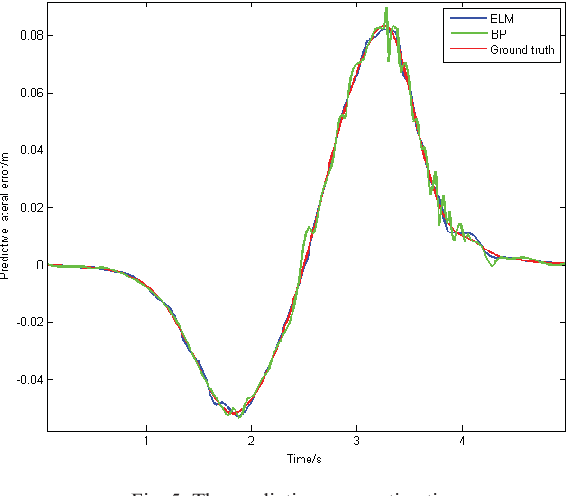 Model predictive control (MPC) is widely used for path tracking of autonomous vehicles due to its ability to handle various types of constraints. However, a considerable predictive error exists because of the error of mathematics model or the model linearization. In this paper, we propose a framework combining the MPC with a learning-based error estimator and a feedforward compensator to improve the path tracking accuracy. An extreme learning machine is implemented to estimate the model based predictive error from vehicle state feedback information. Offline training data is collected from a vehicle controlled by a model-defective regular MPC for path tracking in several working conditions, respectively. The data include vehicle state and the spatial error between the current actual position and the corresponding predictive position. According to the estimated predictive error, we then design a PID-based feedforward compensator. Simulation results via Carsim show the estimation accuracy of the predictive error and the effectiveness of the proposed framework for path tracking of an autonomous vehicle. 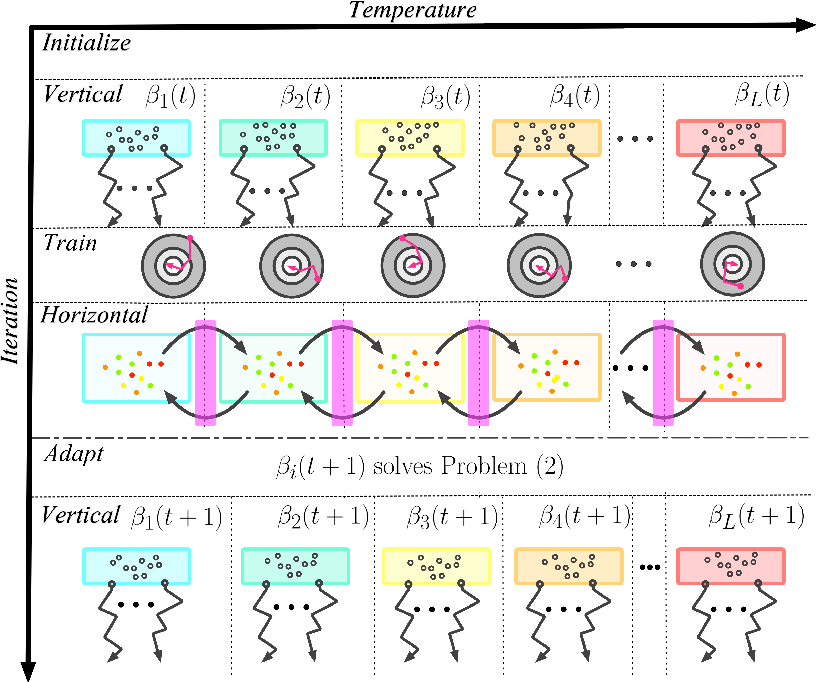 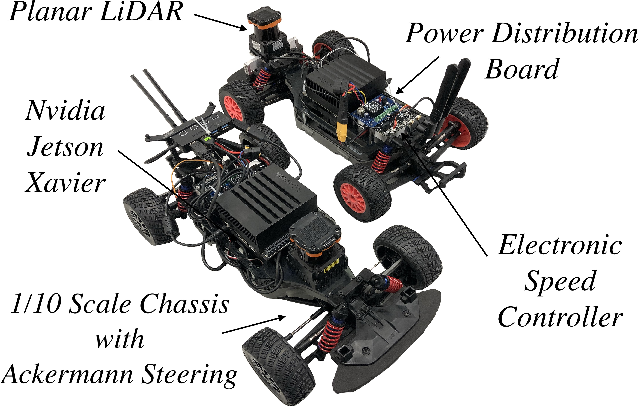 Balancing performance and safety is crucial to deploying autonomous vehicles in multi-agent environments. In particular, autonomous racing is a domain that penalizes safe but conservative policies, highlighting the need for robust, adaptive strategies. Current approaches either make simplifying assumptions about other agents or lack robust mechanisms for online adaptation. This work makes algorithmic contributions to both challenges. First, to generate a realistic, diverse set of opponents, we develop a novel method for self-play based on replica-exchange Markov chain Monte Carlo. Second, we propose a distributionally robust bandit optimization procedure that adaptively adjusts risk aversion relative to uncertainty in beliefs about opponents' behaviors. We rigorously quantify the tradeoffs in performance and robustness when approximating these computations in real-time motion-planning, and we demonstrate our methods experimentally on autonomous vehicles that achieve scaled speeds comparable to Formula One racecars. 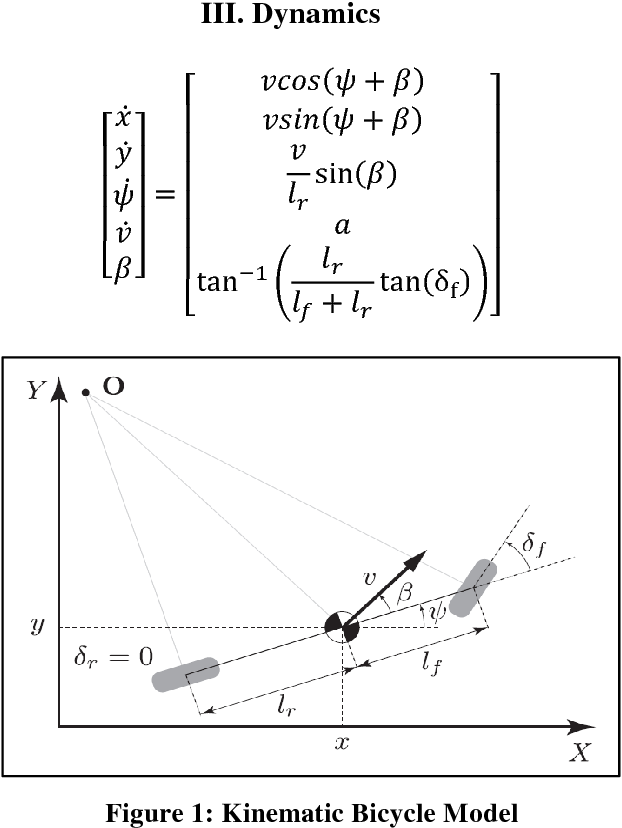 A robust Model Predictive Control (MPC) approach for controlling front steering of an autonomous vehicle is presented in this paper. We present various approaches to increase the robustness of model predictive control by using weight tuning, a successive on-line linearization of a nonlinear vehicle model to track position error and successive on-line linearization to track velocity error. Results of the effectiveness of each method in terms of accuracy and computational load are discussed. 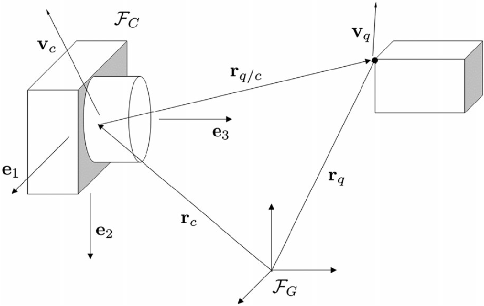 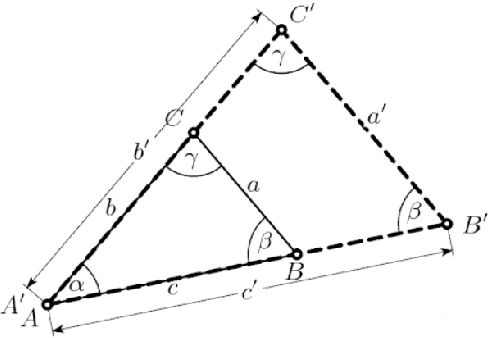 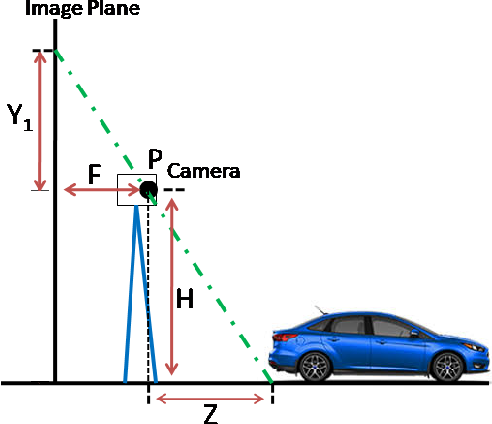 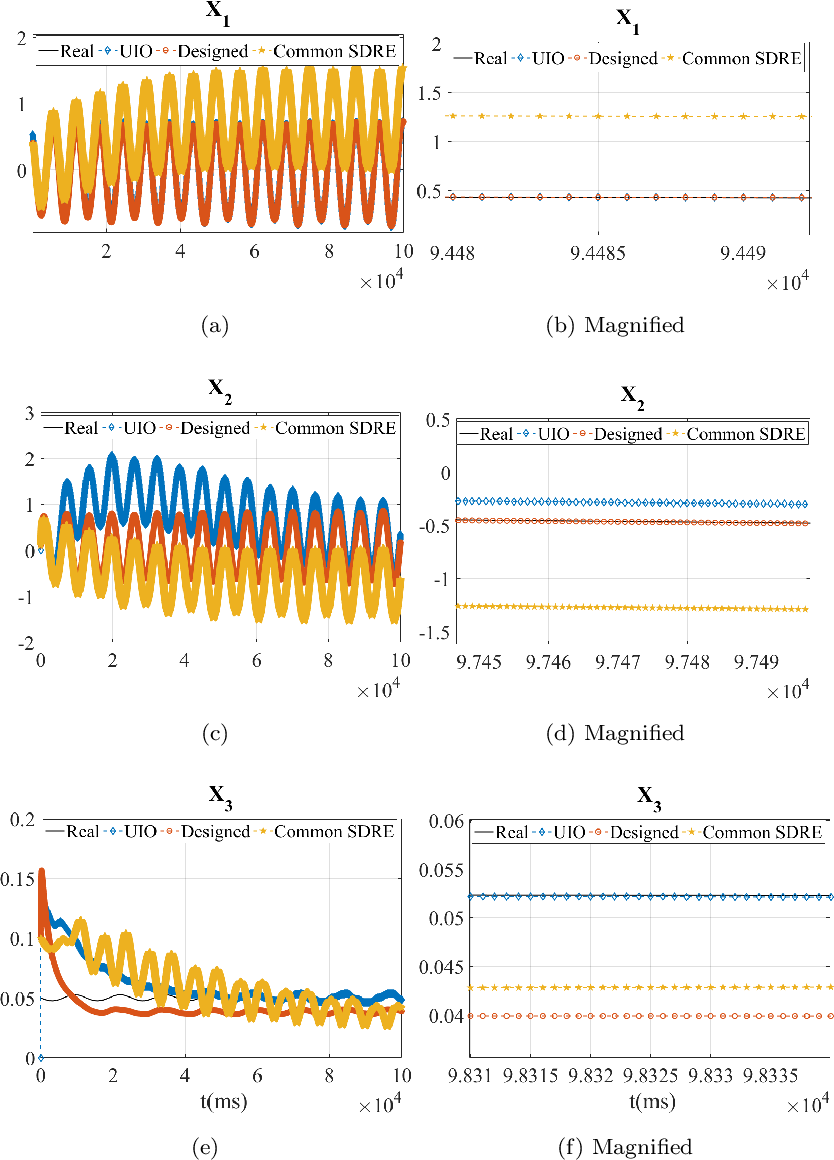 Both recognition and 3D tracking of frontal dynamic objects are crucial problems in an autonomous vehicle, while depth estimation as an essential issue becomes a challenging problem using a monocular camera. Since both camera and objects are moving, the issue can be formed as a structure from motion (SFM) problem. In this paper, to elicit features from an image, the YOLOv3 approach is utilized beside an OpenCV tracker. Subsequently, to obtain the lateral and longitudinal distances, a nonlinear SFM model is considered alongside a state-dependent Riccati equation (SDRE) filter and a newly developed observation model. Additionally, a switching method in the form of switching estimation error covariance is proposed to enhance the robust performance of the SDRE filter. The stability analysis of the presented filter is conducted on a class of discrete nonlinear systems. Furthermore, the ultimate bound of estimation error caused by model uncertainties is analytically obtained to investigate the switching significance. Simulations are reported to validate the performance of the switched SDRE filter. Finally, real-time experiments are performed through a multi-thread framework implemented on a Jetson TX2 board, while radar data is used for the evaluation.

A Pedestrian Detection and Tracking Framework for Autonomous Cars: Efficient Fusion of Camera and LiDAR Data 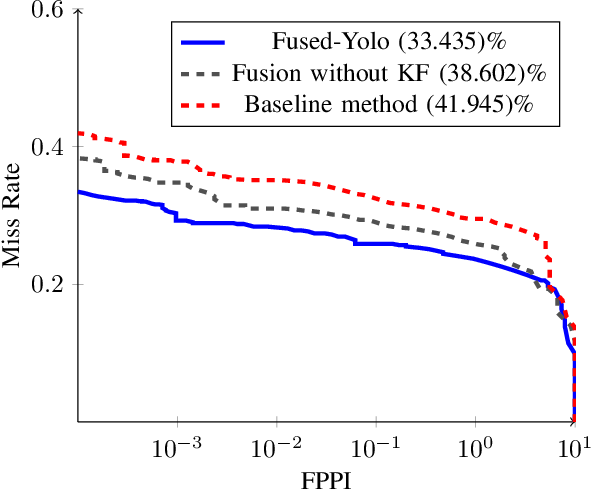 This paper presents a novel method for pedestrian detection and tracking by fusing camera and LiDAR sensor data. To deal with the challenges associated with the autonomous driving scenarios, an integrated tracking and detection framework is proposed. The detection phase is performed by converting LiDAR streams to computationally tractable depth images, and then, a deep neural network is developed to identify pedestrian candidates both in RGB and depth images. To provide accurate information, the detection phase is further enhanced by fusing multi-modal sensor information using the Kalman filter. The tracking phase is a combination of the Kalman filter prediction and an optical flow algorithm to track multiple pedestrians in a scene. We evaluate our framework on a real public driving dataset. Experimental results demonstrate that the proposed method achieves significant performance improvement over a baseline method that solely uses image-based pedestrian detection. 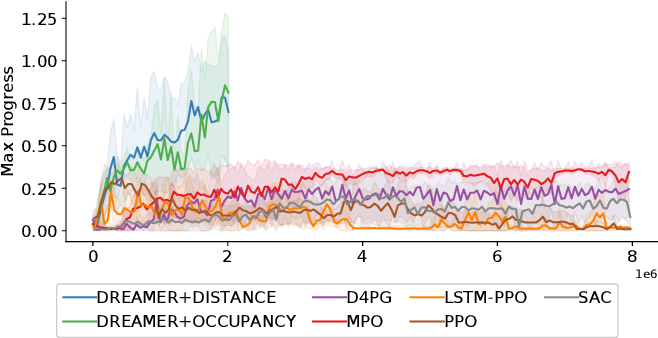 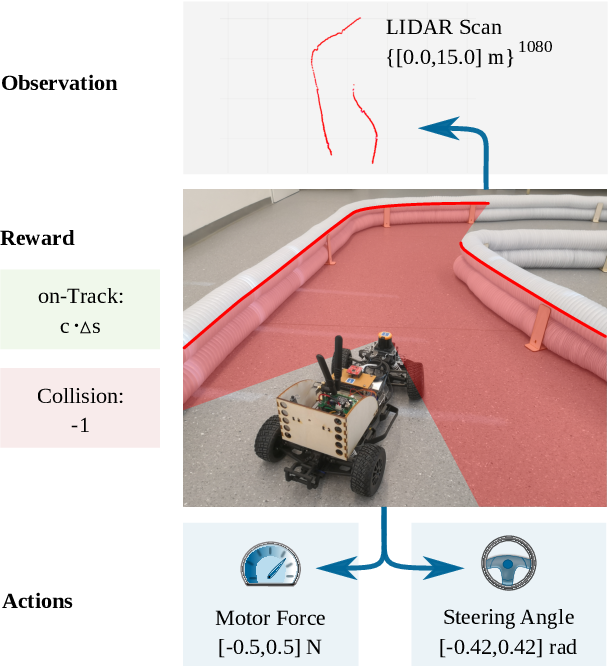 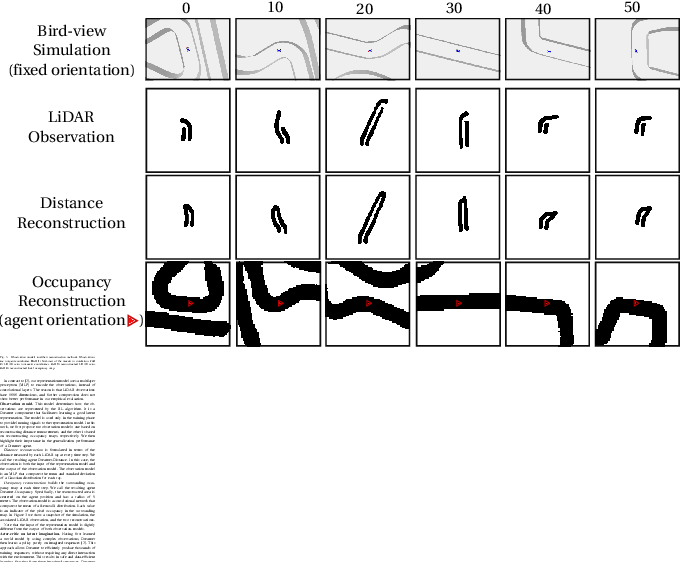 Despite the rich theoretical foundation of model-based deep reinforcement learning (RL) agents, their effectiveness in real-world robotics-applications is less studied and understood. In this paper, we, therefore, investigate how such agents generalize to real-world autonomous-vehicle control-tasks, where advanced model-free deep RL algorithms fail. In particular, we set up a series of time-lap tasks for an F1TENTH racing robot, equipped with high-dimensional LiDAR sensors, on a set of test tracks with a gradual increase in their complexity. In this continuous-control setting, we show that model-based agents capable of learning in imagination, substantially outperform model-free agents with respect to performance, sample efficiency, successful task completion, and generalization. Moreover, we show that the generalization ability of model-based agents strongly depends on the observation-model choice. Finally, we provide extensive empirical evidence for the effectiveness of model-based agents provided with long enough memory horizons in sim2real tasks. 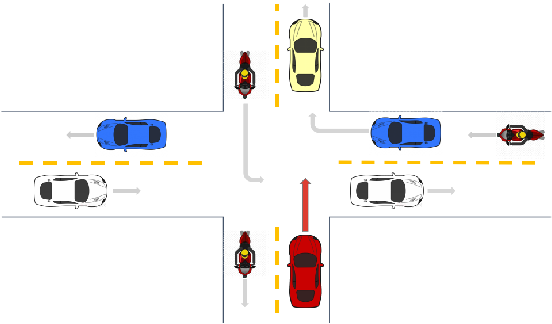 In autonomous driving, navigation through unsignaled intersections with many traffic participants moving around is a challenging task. To provide a solution to this problem, we propose a novel branched network G-CIL for the navigation policy learning. Specifically, we firstly represent such dynamic environments as graph-structured data and propose an effective strategy for edge definition to aggregate surrounding information for the ego-vehicle. Then graph convolutional neural networks are used as the perception module to capture global and geometric features from the environment. To generate safe and efficient navigation policy, we further incorporate it with conditional imitation learning algorithm, to learn driving behaviors directly from expert demonstrations. Our proposed network is capable of handling a varying number of surrounding vehicles and generating optimal control actions (e.g., steering angle and throttle) according to the given high-level commands (e.g., turn left towards the global goal). Evaluations on unsignaled intersections with various traffic densities demonstrate that our end-to-end trainable neural network outperforms the baselines with higher success rate and shorter navigation time.