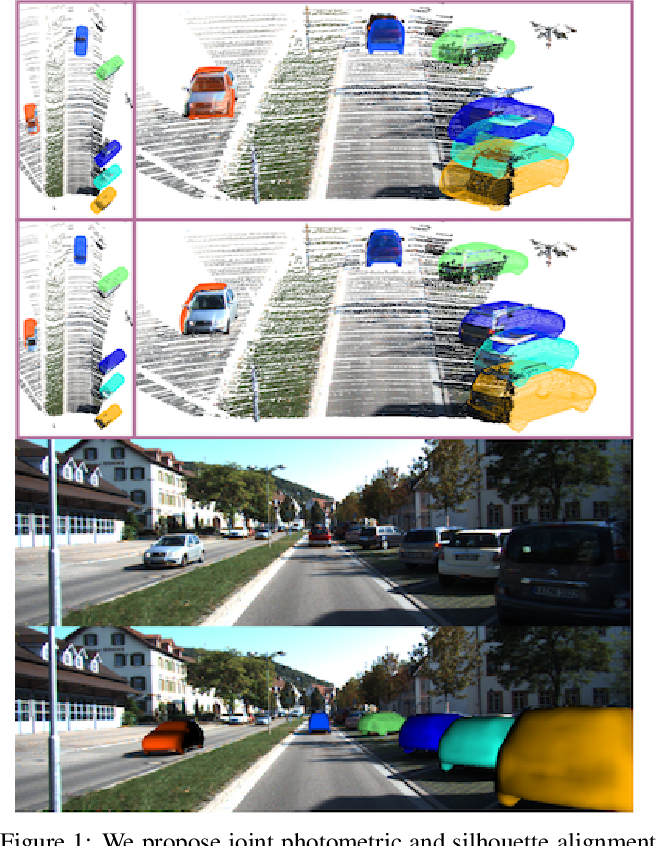 3D scene understanding from images is a challenging problem which is encountered in robotics, augmented reality and autonomous driving scenarios. In this paper, we propose a novel approach to jointly infer the 3D rigid-body poses and shapes of vehicles from stereo images of road scenes. Unlike previous work that relies on geometric alignment of shapes with dense stereo reconstructions, our approach works directly on images and infers shape and pose efficiently through combined photometric and silhouette alignment of 3D shape priors with a stereo image. We use a shape prior that represents cars in a low-dimensional linear embedding of volumetric signed distance functions. For efficiently measuring the consistency with both alignment terms, we propose an adaptive sparse point selection scheme. In experiments, we demonstrate superior performance of our method in pose estimation and shape reconstruction over a state-of-the-art approach that uses geometric alignment with dense stereo reconstructions. Our approach can also boost the performance of deep-learning based approaches to 3D object detection as a refinement method. We demonstrate that our method significantly improves accuracy for several recent detection approaches. 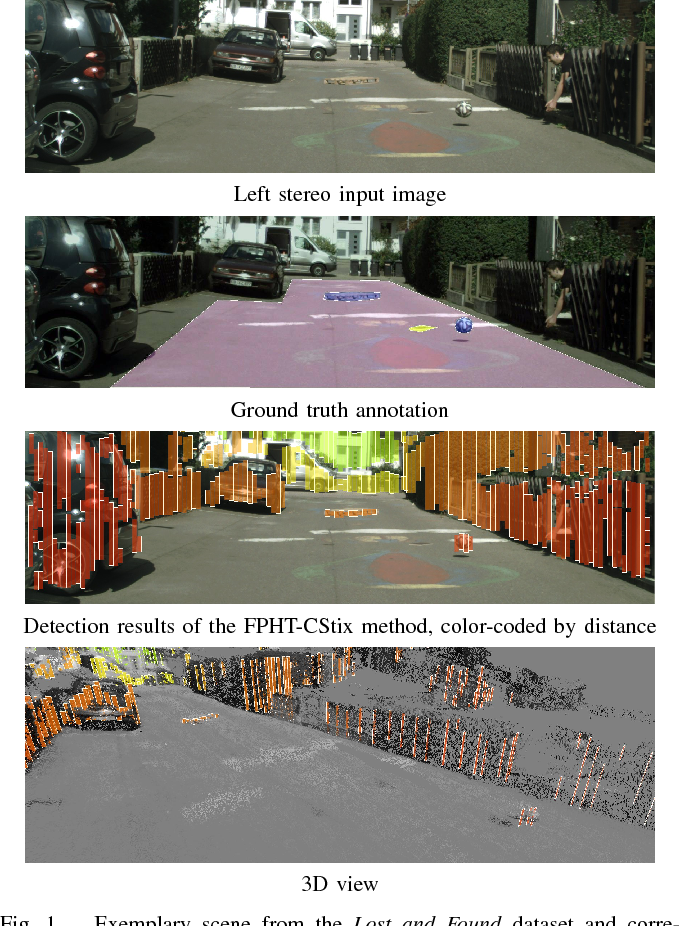 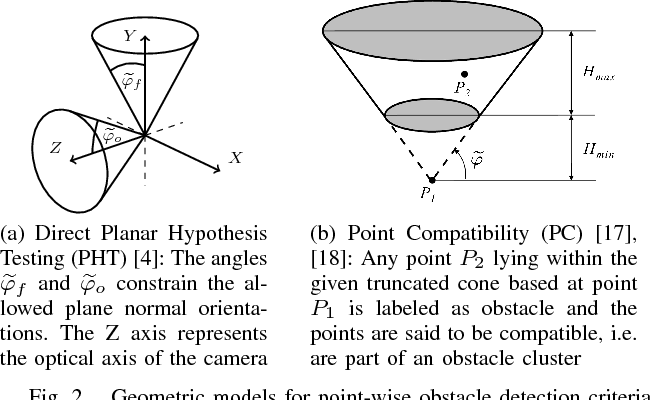 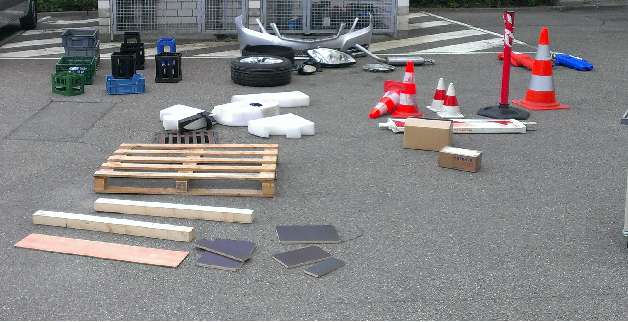 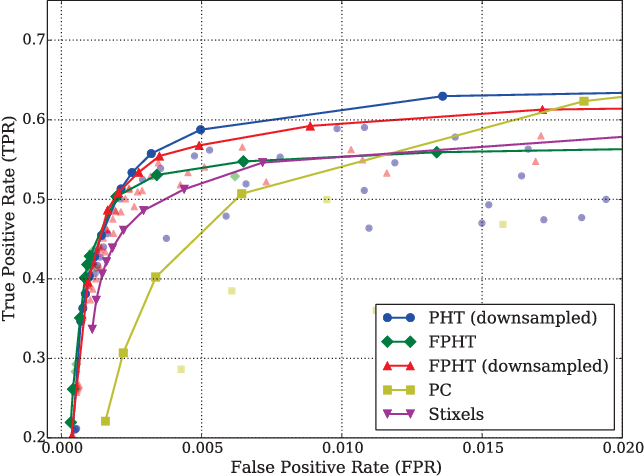 Monitoring and Diagnosability of Perception Systems 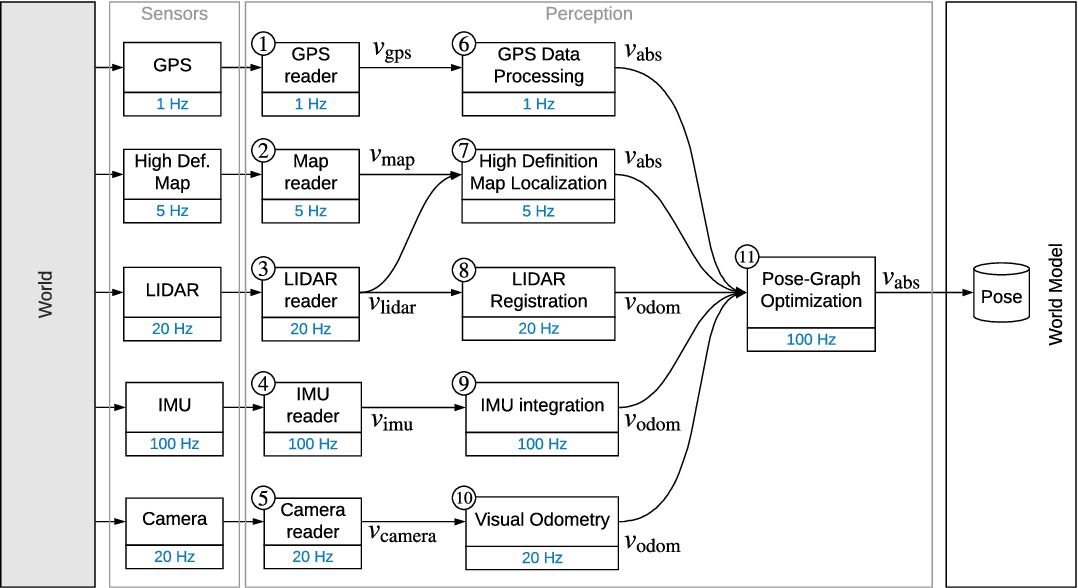 Perception is a critical component of high-integrity applications of robotics and autonomous systems, such as self-driving cars. In these applications, failure of perception systems may put human life at risk, and a broad adoption of these technologies relies on the development of methodologies to guarantee and monitor safe operation as well as detect and mitigate failures. Despite the paramount importance of perception systems, currently there is no formal approach for system-level monitoring. In this work, we propose a mathematical model for runtime monitoring and fault detection of perception systems. Towards this goal, we draw connections with the literature on self-diagnosability for multiprocessor systems, and generalize it to (i) account for modules with heterogeneous outputs, and (ii) add a temporal dimension to the problem, which is crucial to model realistic perception systems where modules interact over time. This contribution results in a graph-theoretic approach that, given a perception system, is able to detect faults at runtime and allows computing an upper-bound on the number of faulty modules that can be detected. Our second contribution is to show that the proposed monitoring approach can be elegantly described with the language of topos theory, which allows formulating diagnosability over arbitrary time intervals. 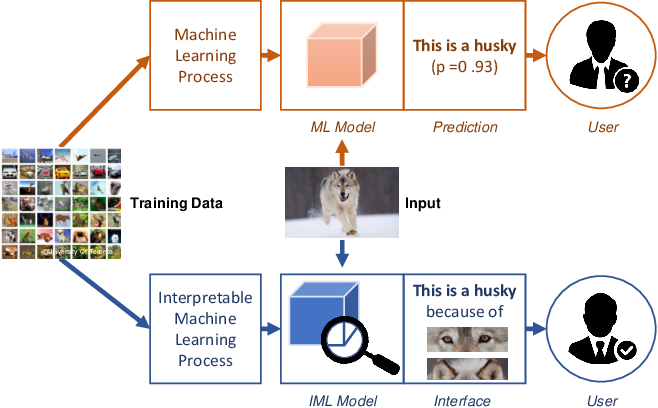 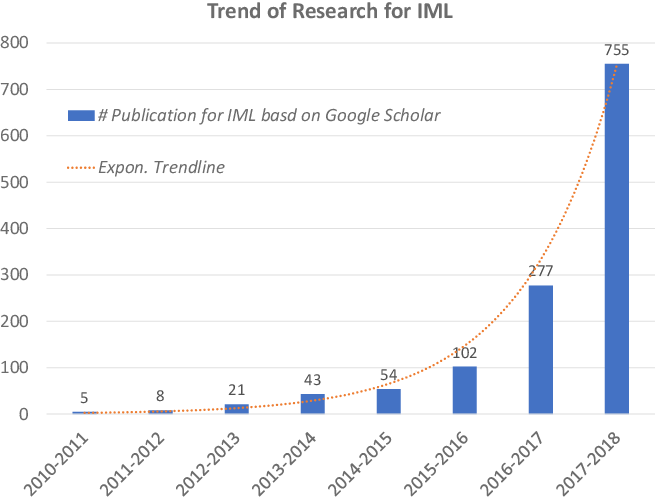 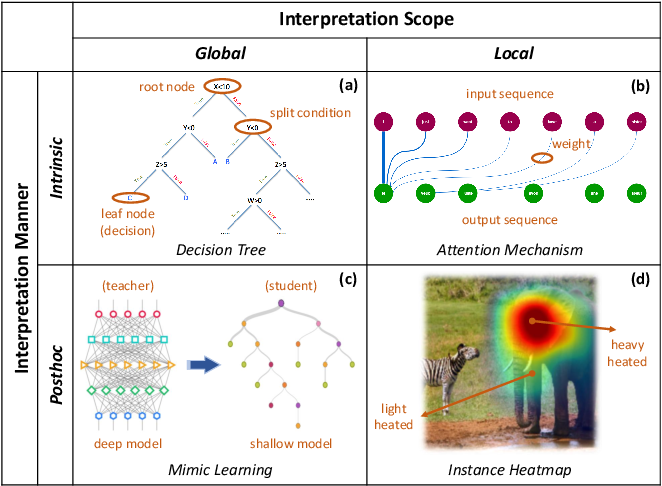 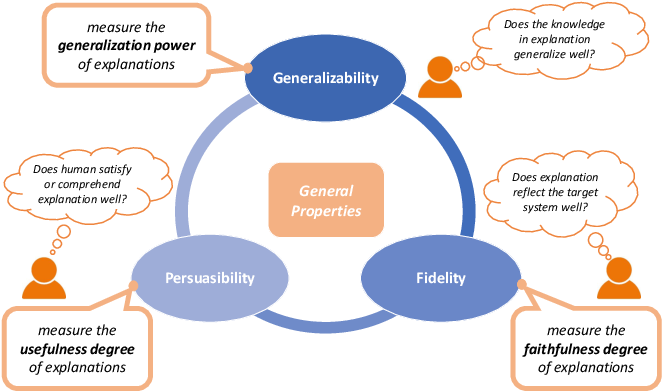 Interpretable Machine Learning (IML) has become increasingly important in many real-world applications, such as autonomous cars and medical diagnosis, where explanations are significantly preferred to help people better understand how machine learning systems work and further enhance their trust towards systems. However, due to the diversified scenarios and subjective nature of explanations, we rarely have the ground truth for benchmark evaluation in IML on the quality of generated explanations. Having a sense of explanation quality not only matters for assessing system boundaries, but also helps to realize the true benefits to human users in practical settings. To benchmark the evaluation in IML, in this article, we rigorously define the problem of evaluating explanations, and systematically review the existing efforts from state-of-the-arts. Specifically, we summarize three general aspects of explanation (i.e., generalizability, fidelity and persuasibility) with formal definitions, and respectively review the representative methodologies for each of them under different tasks. Further, a unified evaluation framework is designed according to the hierarchical needs from developers and end-users, which could be easily adopted for different scenarios in practice. In the end, open problems are discussed, and several limitations of current evaluation techniques are raised for future explorations. 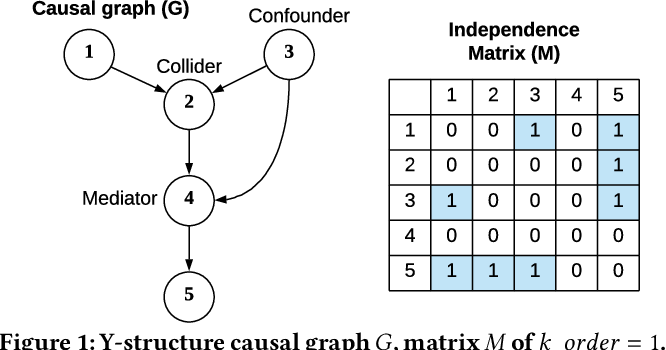 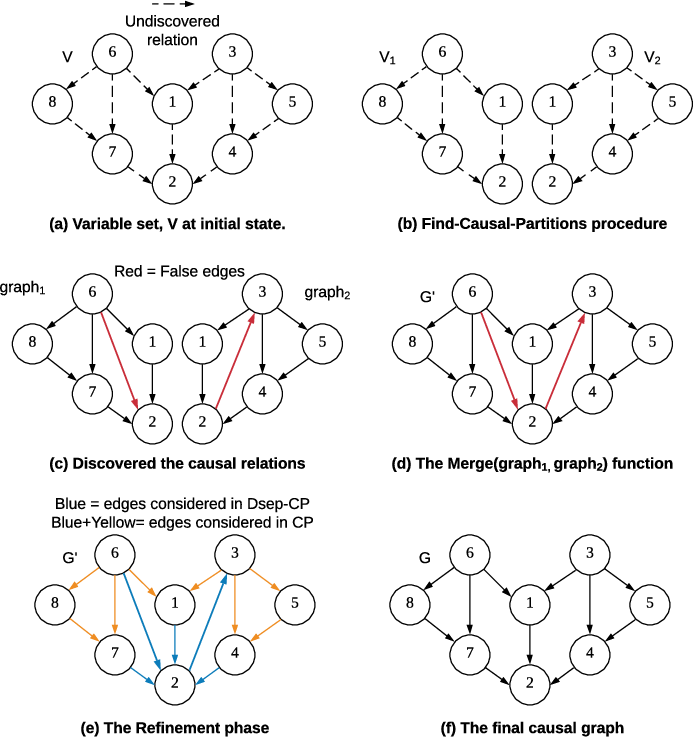 Causal structure discovery from observational data is fundamental to the causal understanding of autonomous systems such as medical decision support systems, advertising campaigns and self-driving cars. This is essential to solve well-known causal decision making and prediction problems associated with those real-world applications. Recently, recursive causal discovery algorithms have gained particular attention among the research community due to their ability to provide good results by using Conditional Independent (CI) tests in smaller sub-problems. However, each of such algorithms needs a refinement function to remove undesired causal relations of the discovered graphs. Notably, with the increase of the problem size, the computation cost (i.e., the number of CI-tests) of the refinement function makes an algorithm expensive to deploy in practice. This paper proposes a generic causal structure refinement strategy that can locate the undesired relations with a small number of CI-tests, thus speeding up the algorithm for large and complex problems. We theoretically prove the correctness of our algorithm. We then empirically evaluate its performance against the state-of-the-art algorithms in terms of solution quality and completion time in synthetic and real datasets. 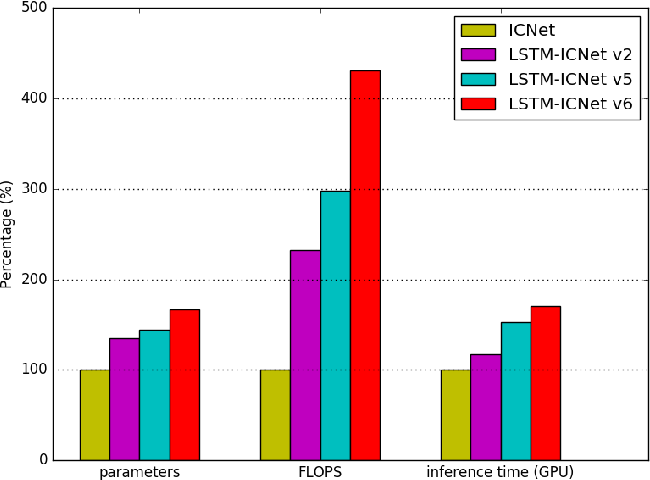 Semantic Segmentation is an important module for autonomous robots such as self-driving cars. The advantage of video segmentation approaches compared to single image segmentation is that temporal image information is considered, and their performance increases due to this. Hence, single image segmentation approaches are extended by recurrent units such as convolutional LSTM (convLSTM) cells, which are placed at suitable positions in the basic network architecture. However, a major critique of video segmentation approaches based on recurrent neural networks is their large parameter count and their computational complexity, and so, their inference time of one video frame takes up to 66 percent longer than their basic version. Inspired by the success of the spatial and depthwise separable convolutional neural networks, we generalize these techniques for convLSTMs in this work, so that the number of parameters and the required FLOPs are reduced significantly. Experiments on different datasets show that the segmentation approaches using the proposed, modified convLSTM cells achieve similar or slightly worse accuracy, but are up to 15 percent faster on a GPU than the ones using the standard convLSTM cells. Furthermore, a new evaluation metric is introduced, which measures the amount of flickering pixels in the segmented video sequence. 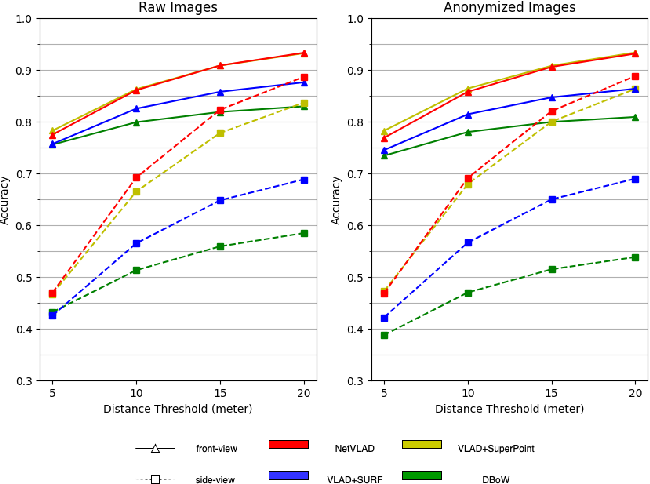 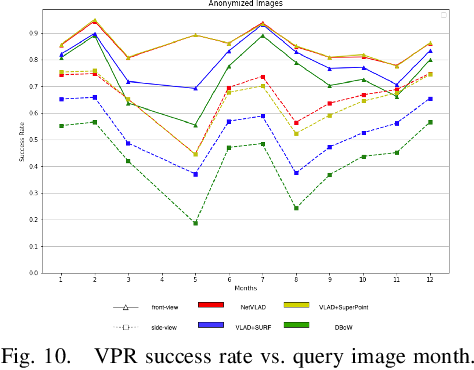 Visual place recognition (VPR) is critical in not only localization and mapping for autonomous driving vehicles, but also assistive navigation for the visually impaired population. To enable a long-term VPR system on a large scale, several challenges need to be addressed. First, different applications could require different image view directions, such as front views for self-driving cars while side views for the low vision people. Second, VPR in metropolitan scenes can often cause privacy concerns due to the imaging of pedestrian and vehicle identity information, calling for the need for data anonymization before VPR queries and database construction. Both factors could lead to VPR performance variations that are not well understood yet. To study their influences, we present the NYU-VPR dataset that contains more than 200,000 images over a 2km by 2km area near the New York University campus, taken within the whole year of 2016. We present benchmark results on several popular VPR algorithms showing that side views are significantly more challenging for current VPR methods while the influence of data anonymization is almost negligible, together with our hypothetical explanations and in-depth analysis. 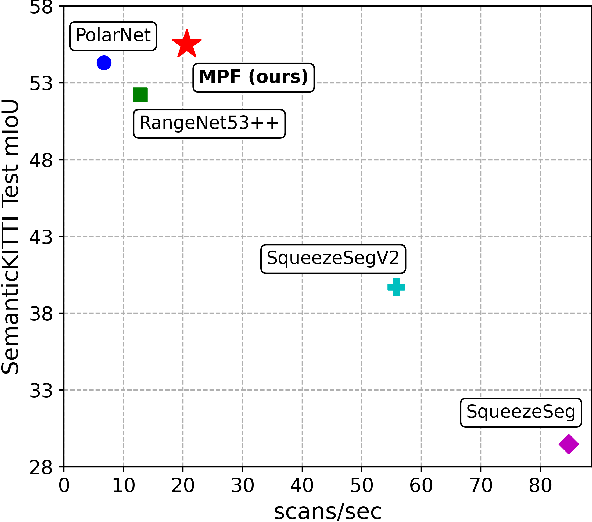 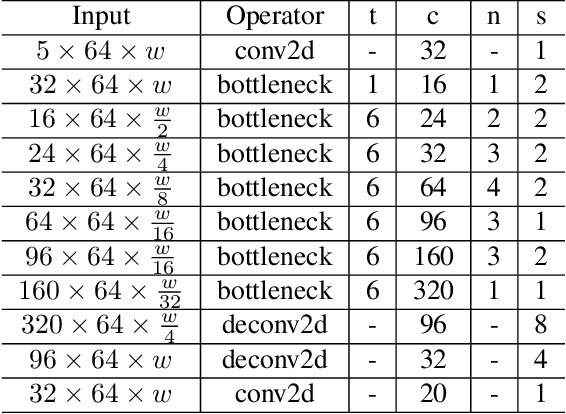 Semantic segmentation of 3D point cloud data is essential for enhanced high-level perception in autonomous platforms. Furthermore, given the increasing deployment of LiDAR sensors onboard of cars and drones, a special emphasis is also placed on non-computationally intensive algorithms that operate on mobile GPUs. Previous efficient state-of-the-art methods relied on 2D spherical projection of point clouds as input for 2D fully convolutional neural networks to balance the accuracy-speed trade-off. This paper introduces a novel approach for 3D point cloud semantic segmentation that exploits multiple projections of the point cloud to mitigate the loss of information inherent in single projection methods. Our Multi-Projection Fusion (MPF) framework analyzes spherical and bird's-eye view projections using two separate highly-efficient 2D fully convolutional models then combines the segmentation results of both views. The proposed framework is validated on the SemanticKITTI dataset where it achieved a mIoU of 55.5 which is higher than state-of-the-art projection-based methods RangeNet++ and PolarNet while being 1.6x faster than the former and 3.1x faster than the latter.