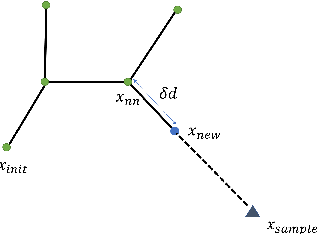 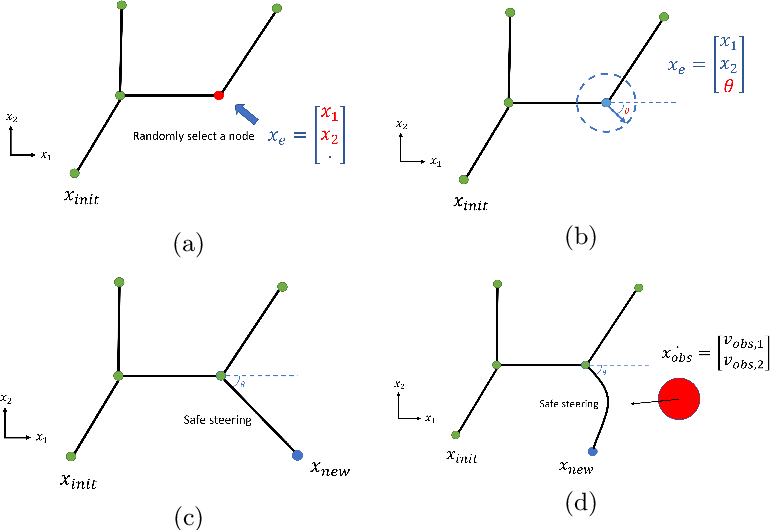 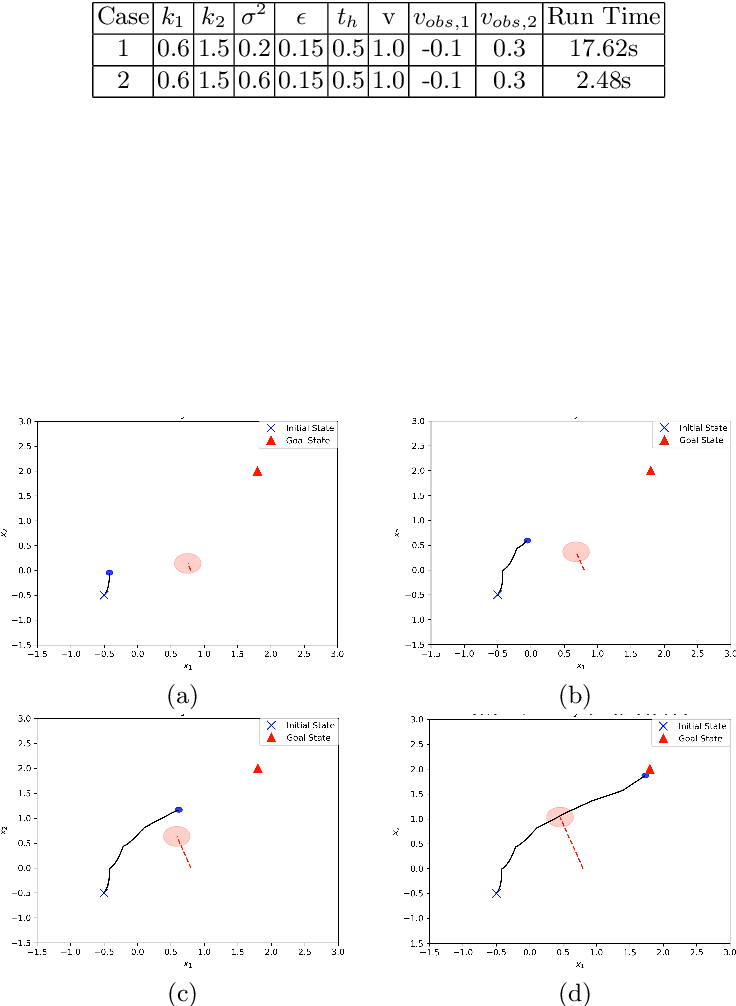 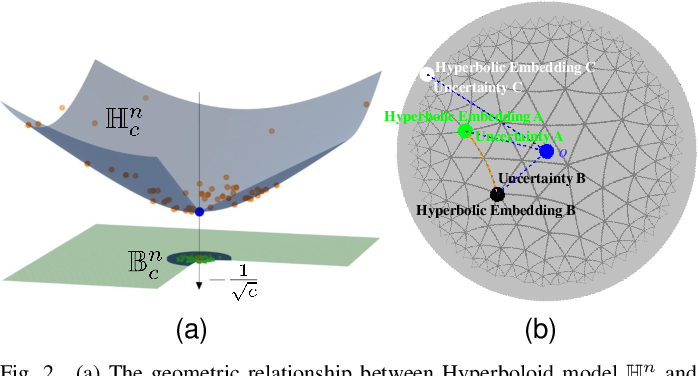 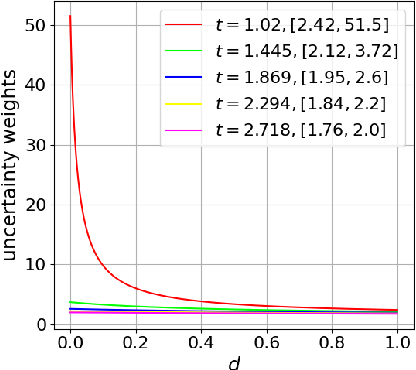 Semantic segmentation (SS) aims to classify each pixel into one of the pre-defined classes. This task plays an important role in self-driving cars and autonomous drones. In SS, many works have shown that most misclassified pixels are commonly near object boundaries with high uncertainties. However, existing SS loss functions are not tailored to handle these uncertain pixels during training, as these pixels are usually treated equally as confidently classified pixels and cannot be embedded with arbitrary low distortion in Euclidean space, thereby degenerating the performance of SS. To overcome this problem, this paper designs a "Hyperbolic Uncertainty Loss" (HyperUL), which dynamically highlights the misclassified and high-uncertainty pixels in Hyperbolic space during training via the hyperbolic distances. The proposed HyperUL is model agnostic and can be easily applied to various neural architectures. After employing HyperUL to three recent SS models, the experimental results on Cityscapes and UAVid datasets reveal that the segmentation performance of existing SS models can be consistently improved. 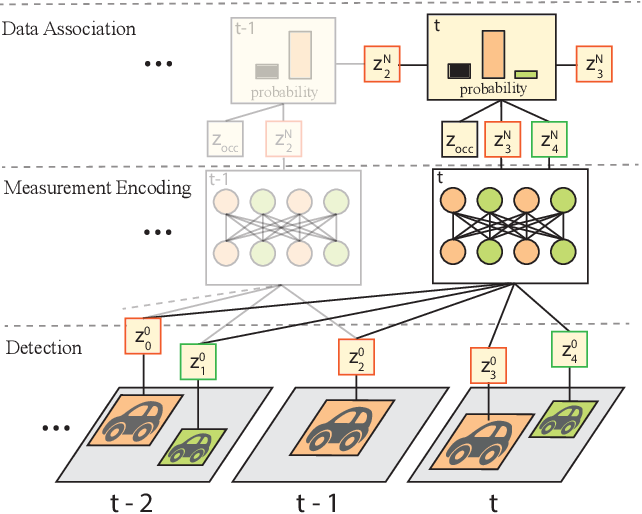 Robust multi-object tracking (MOT) is a prerequisite fora safe deployment of self-driving cars. Tracking objects, however, remains a highly challenging problem, especially in cluttered autonomous driving scenes in which objects tend to interact with each other in complex ways and frequently get occluded. We propose a novel approach to MOT that uses attention to compute track embeddings that encode the spatiotemporal dependencies between observed objects. This attention measurement encoding allows our model to relax hard data associations, which may lead to unrecoverable errors. Instead, our model aggregates information from all object detections via soft data associations. The resulting latent space representation allows our model to learn to reason about occlusions in a holistic data-driven way and maintain track estimates for objects even when they are occluded. Our experimental results on the Waymo OpenDataset suggest that our approach leverages modern large-scale datasets and performs favorably compared to the state of the art in visual multi-object tracking. 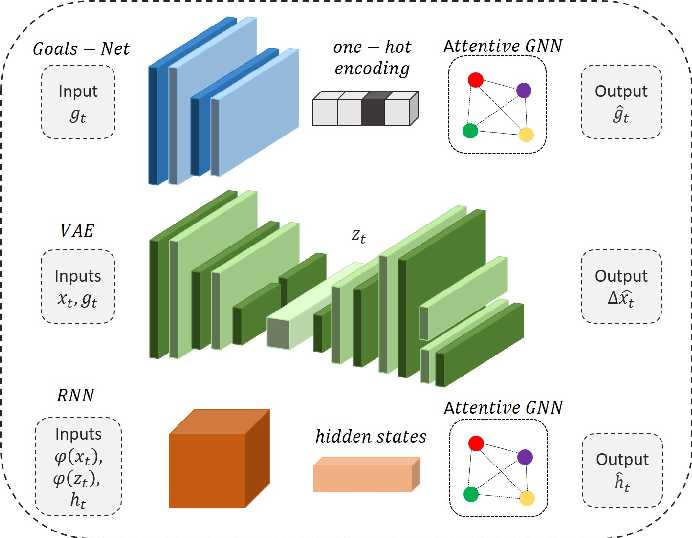 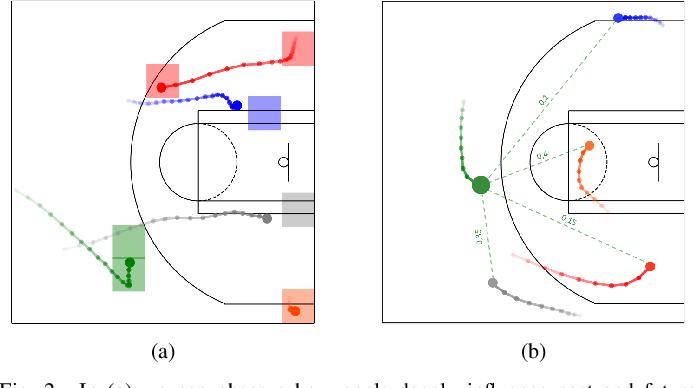 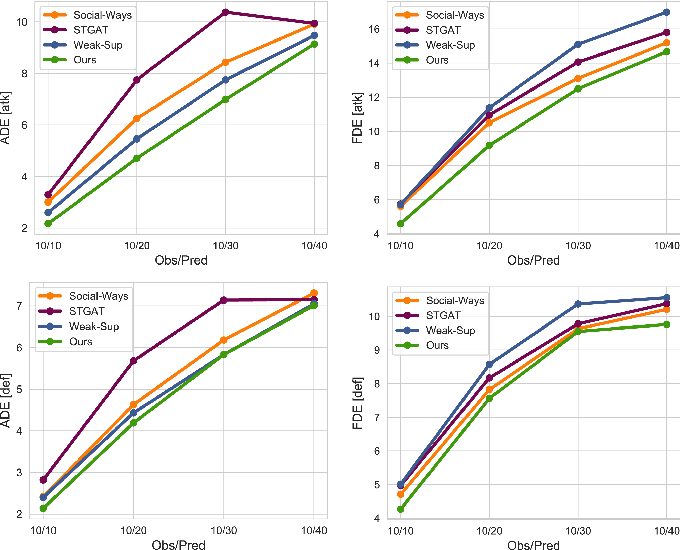 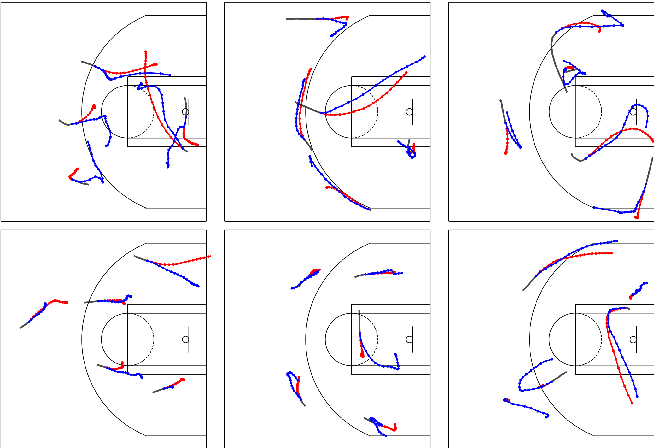 Understanding human motion behaviour is a critical task for several possible applications like self-driving cars or social robots, and in general for all those settings where an autonomous agent has to navigate inside a human-centric environment. This is non-trivial because human motion is inherently multi-modal: given a history of human motion paths, there are many plausible ways by which people could move in the future. Additionally, people activities are often driven by goals, e.g. reaching particular locations or interacting with the environment. We address both the aforementioned aspects by proposing a new recurrent generative model that considers both single agents' future goals and interactions between different agents. The model exploits a double attention-based graph neural network to collect information about the mutual influences among different agents and integrates it with data about agents' possible future objectives. Our proposal is general enough to be applied in different scenarios: the model achieves state-of-the-art results in both urban environments and also in sports applications. 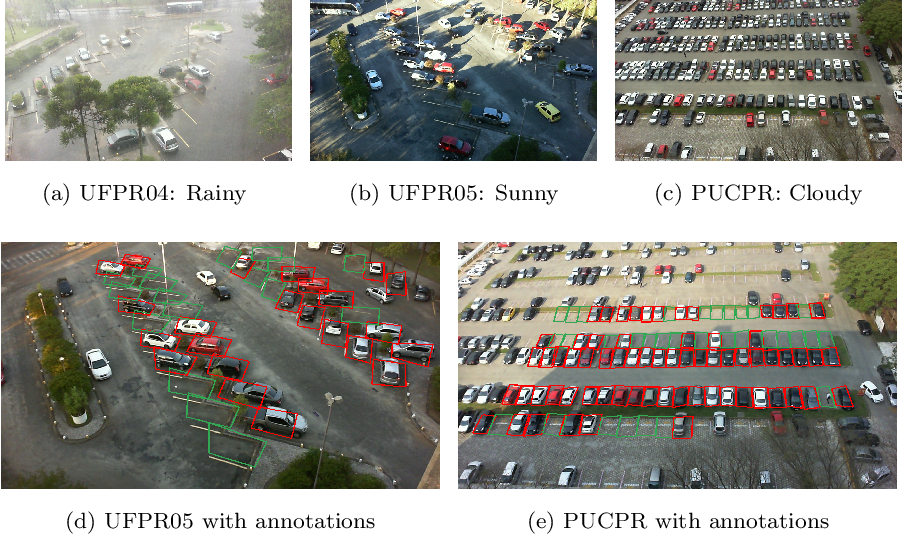 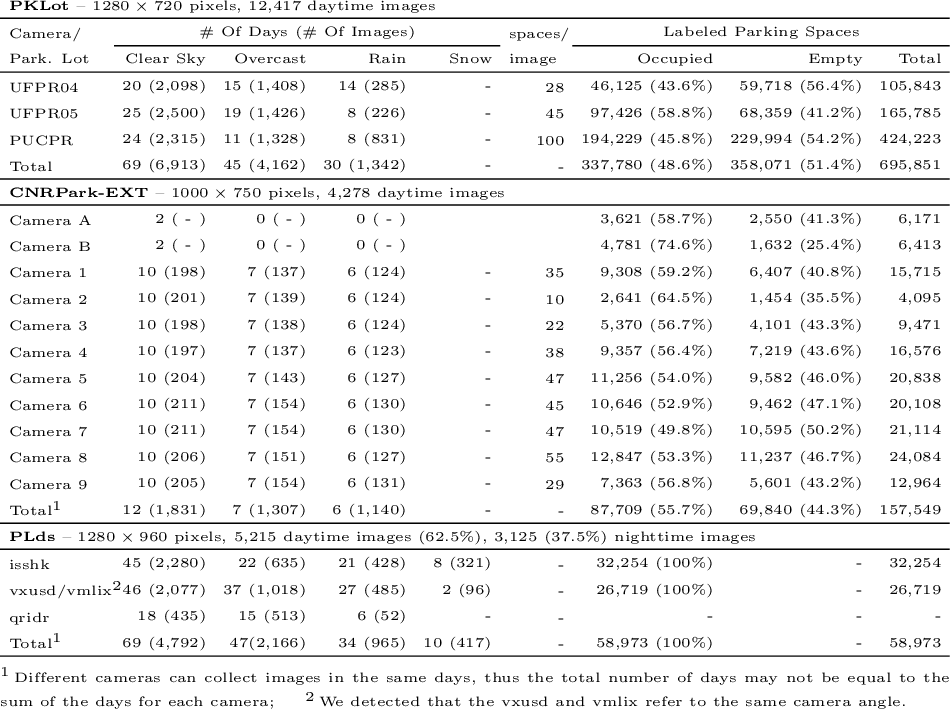 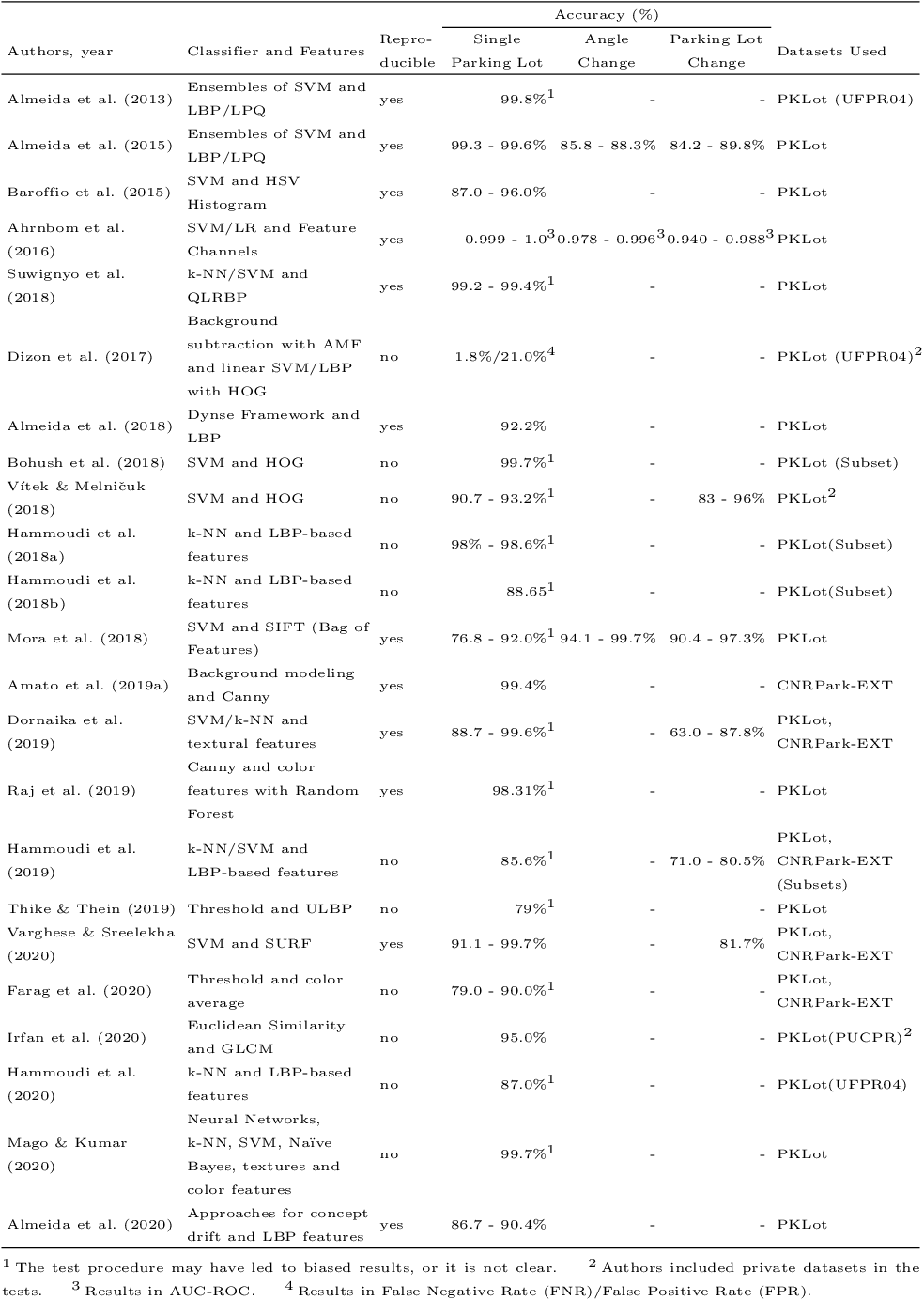 Computer vision-based parking lot management methods have been extensively researched upon owing to their flexibility and cost-effectiveness. To evaluate such methods authors often employ publicly available parking lot image datasets. In this study, we surveyed and compared robust publicly available image datasets specifically crafted to test computer vision-based methods for parking lot management approaches and consequently present a systematic and comprehensive review of existing works that employ such datasets. The literature review identified relevant gaps that require further research, such as the requirement of dataset-independent approaches and methods suitable for autonomous detection of position of parking spaces. In addition, we have noticed that several important factors such as the presence of the same cars across consecutive images, have been neglected in most studies, thereby rendering unrealistic assessment protocols. Furthermore, the analysis of the datasets also revealed that certain features that should be present when developing new benchmarks, such as the availability of video sequences and images taken in more diverse conditions, including nighttime and snow, have not been incorporated. 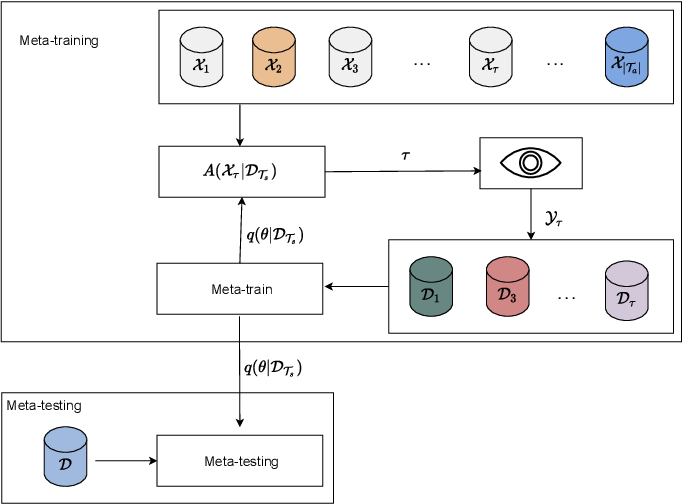 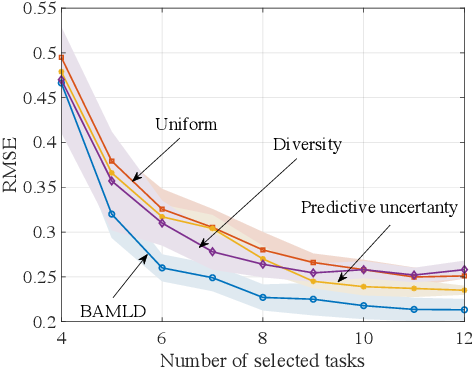 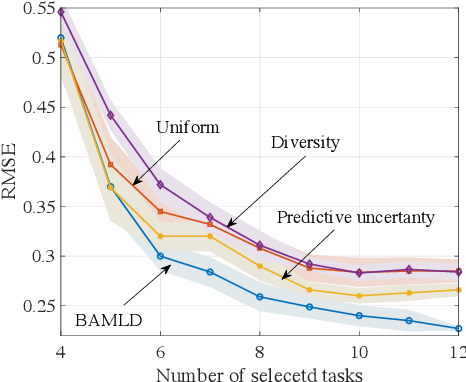 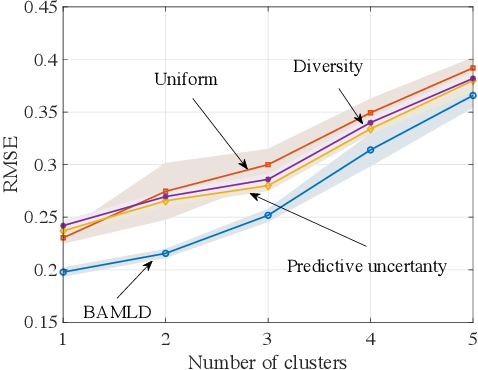 Data-efficient learning algorithms are essential in many practical applications for which data collection and labeling is expensive or infeasible, e.g., for autonomous cars. To address this problem, meta-learning infers an inductive bias from a set of meta-training tasks in order to learn new, but related, task using a small number of samples. Most studies assume the meta-learner to have access to labeled data sets from a large number of tasks. In practice, one may have available only unlabeled data sets from the tasks, requiring a costly labeling procedure to be carried out before use in standard meta-learning schemes. To decrease the number of labeling requests for meta-training tasks, this paper introduces an information-theoretic active task selection mechanism which quantifies the epistemic uncertainty via disagreements among the predictions obtained under different inductive biases. We detail an instantiation for nonparametric methods based on Gaussian Process Regression, and report its empirical performance results that compare favourably against existing heuristic acquisition mechanisms.

The increasing inclusion of Machine Learning (ML) models in safety critical systems like autonomous cars have led to the development of multiple model-based ML testing techniques. One common denominator of these testing techniques is their assumption that training programs are adequate and bug-free. These techniques only focus on assessing the performance of the constructed model using manually labeled data or automatically generated data. However, their assumptions about the training program are not always true as training programs can contain inconsistencies and bugs. In this paper, we examine training issues in ML programs and propose a catalog of verification routines that can be used to detect the identified issues, automatically. We implemented the routines in a Tensorflow-based library named TFCheck. Using TFCheck, practitioners can detect the aforementioned issues automatically. To assess the effectiveness of TFCheck, we conducted a case study with real-world, mutants, and synthetic training programs. Results show that TFCheck can successfully detect training issues in ML code implementations. 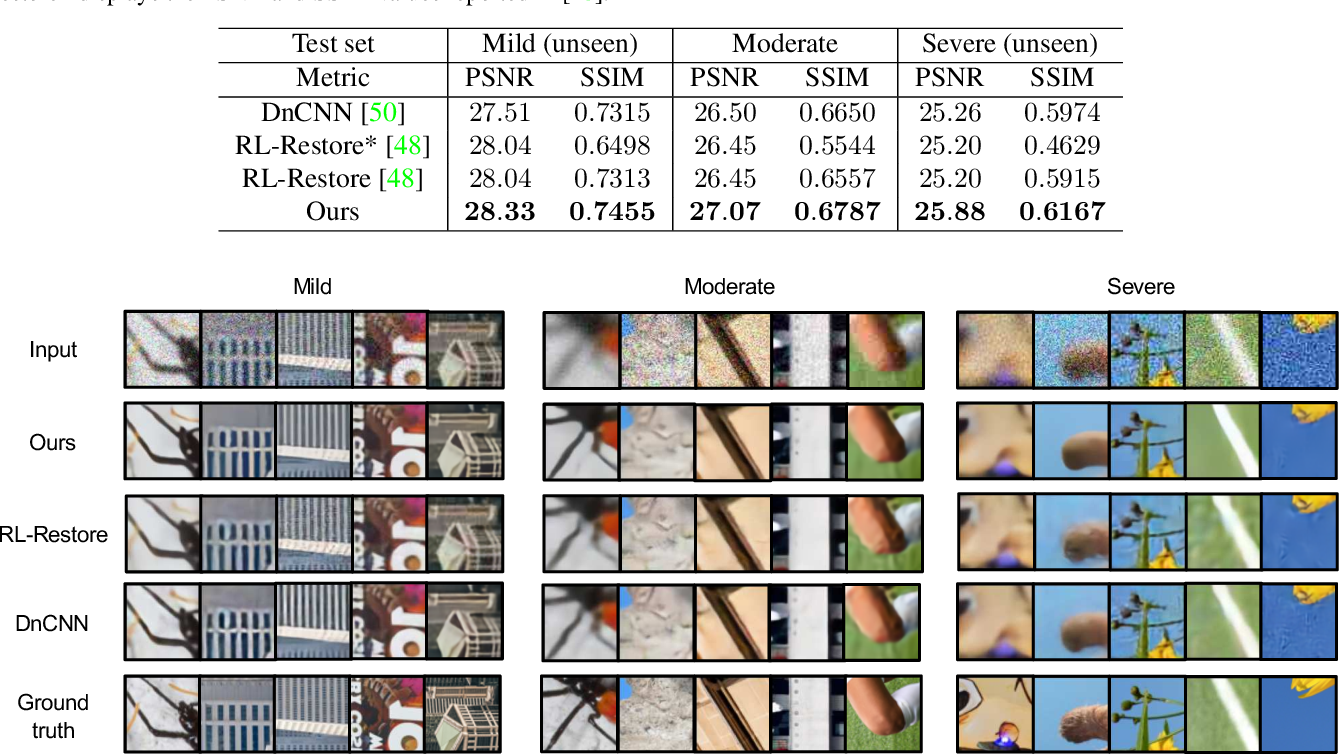 Many studies have been conducted so far on image restoration, the problem of restoring a clean image from its distorted version. There are many different types of distortion which affect image quality. Previous studies have focused on single types of distortion, proposing methods for removing them. However, image quality degrades due to multiple factors in the real world. Thus, depending on applications, e.g., vision for autonomous cars or surveillance cameras, we need to be able to deal with multiple combined distortions with unknown mixture ratios. For this purpose, we propose a simple yet effective layer architecture of neural networks. It performs multiple operations in parallel, which are weighted by an attention mechanism to enable selection of proper operations depending on the input. The layer can be stacked to form a deep network, which is differentiable and thus can be trained in an end-to-end fashion by gradient descent. The experimental results show that the proposed method works better than previous methods by a good margin on tasks of restoring images with multiple combined distortions. 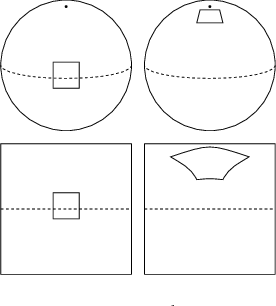 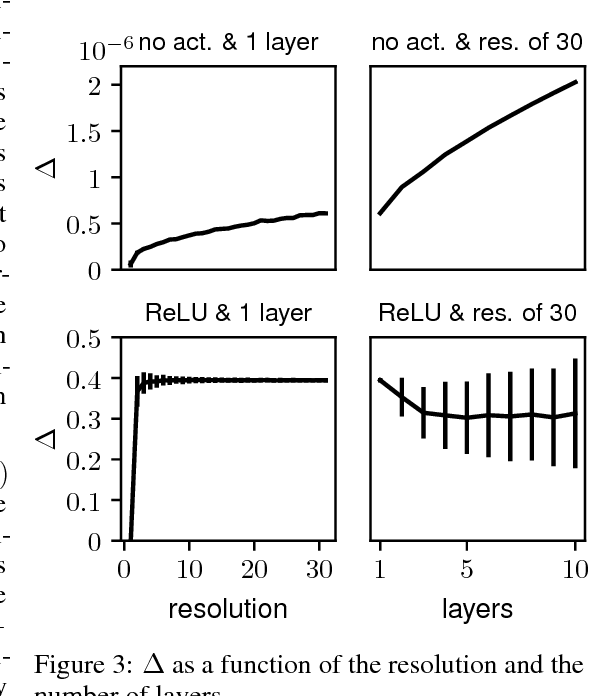 Convolutional Neural Networks (CNNs) have become the method of choice for learning problems involving 2D planar images. However, a number of problems of recent interest have created a demand for models that can analyze spherical images. Examples include omnidirectional vision for drones, robots, and autonomous cars, molecular regression problems, and global weather and climate modelling. A naive application of convolutional networks to a planar projection of the spherical signal is destined to fail, because the space-varying distortions introduced by such a projection will make translational weight sharing ineffective. In this paper we introduce the building blocks for constructing spherical CNNs. We propose a definition for the spherical cross-correlation that is both expressive and rotation-equivariant. The spherical correlation satisfies a generalized Fourier theorem, which allows us to compute it efficiently using a generalized (non-commutative) Fast Fourier Transform (FFT) algorithm. We demonstrate the computational efficiency, numerical accuracy, and effectiveness of spherical CNNs applied to 3D model recognition and atomization energy regression.


* Proceedings of the 6th International Conference on Learning Representations (ICLR), 2018