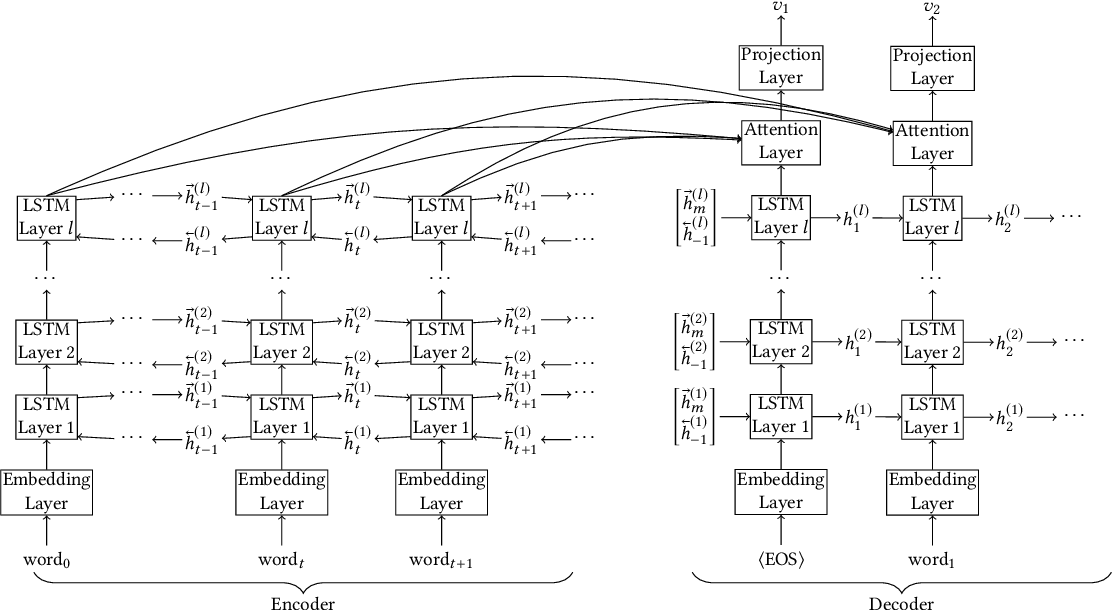 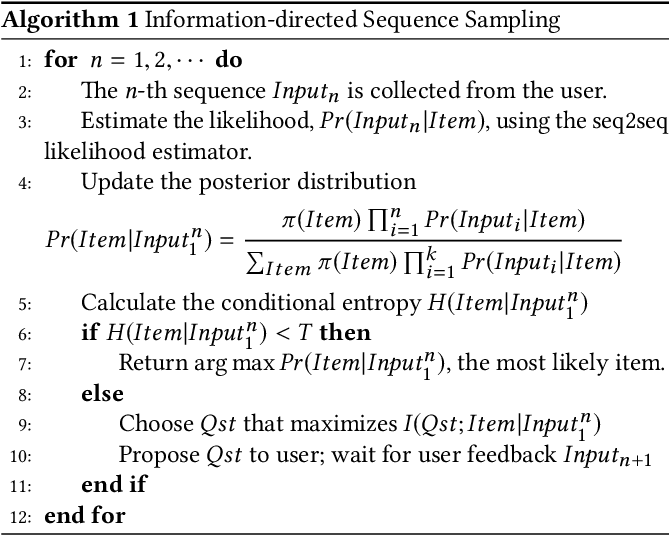 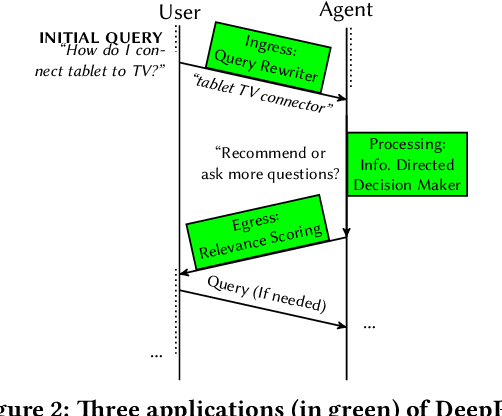 Information extraction and user intention identification are central topics in modern query understanding and recommendation systems. In this paper, we propose DeepProbe, a generic information-directed interaction framework which is built around an attention-based sequence to sequence (seq2seq) recurrent neural network. DeepProbe can rephrase, evaluate, and even actively ask questions, leveraging the generative ability and likelihood estimation made possible by seq2seq models. DeepProbe makes decisions based on a derived uncertainty (entropy) measure conditioned on user inputs, possibly with multiple rounds of interactions. Three applications, namely a rewritter, a relevance scorer and a chatbot for ad recommendation, were built around DeepProbe, with the first two serving as precursory building blocks for the third. We first use the seq2seq model in DeepProbe to rewrite a user query into one of standard query form, which is submitted to an ordinary recommendation system. Secondly, we evaluate DeepProbe's seq2seq model-based relevance scoring. Finally, we build a chatbot prototype capable of making active user interactions, which can ask questions that maximize information gain, allowing for a more efficient user intention idenfication process. We evaluate first two applications by 1) comparing with baselines by BLEU and AUC, and 2) human judge evaluation. Both demonstrate significant improvements compared with current state-of-the-art systems, proving their values as useful tools on their own, and at the same time laying a good foundation for the ongoing chatbot application. 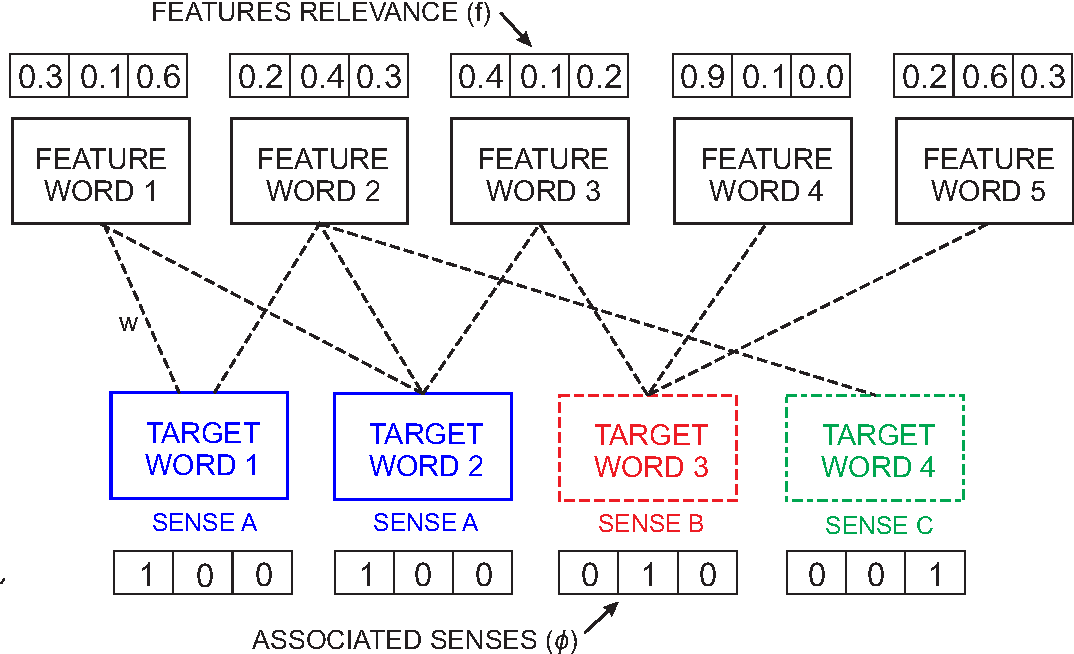 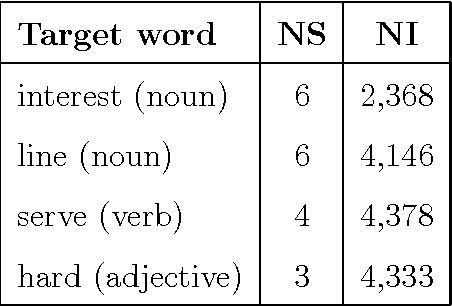 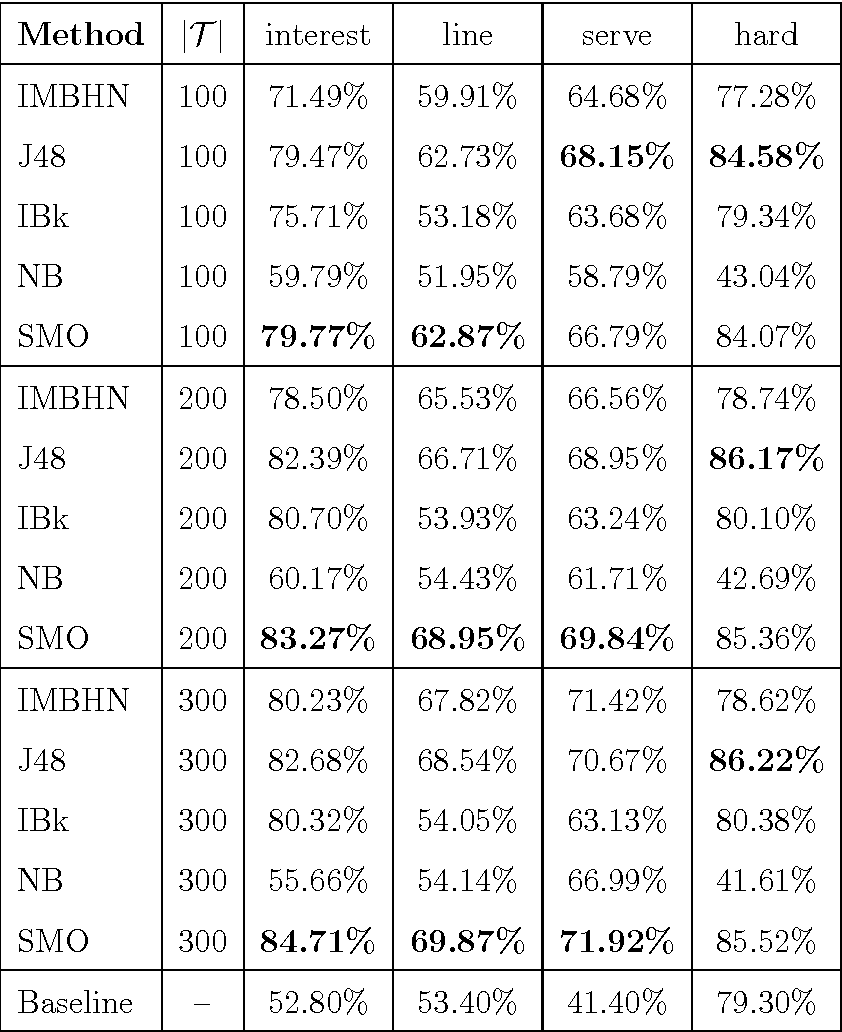 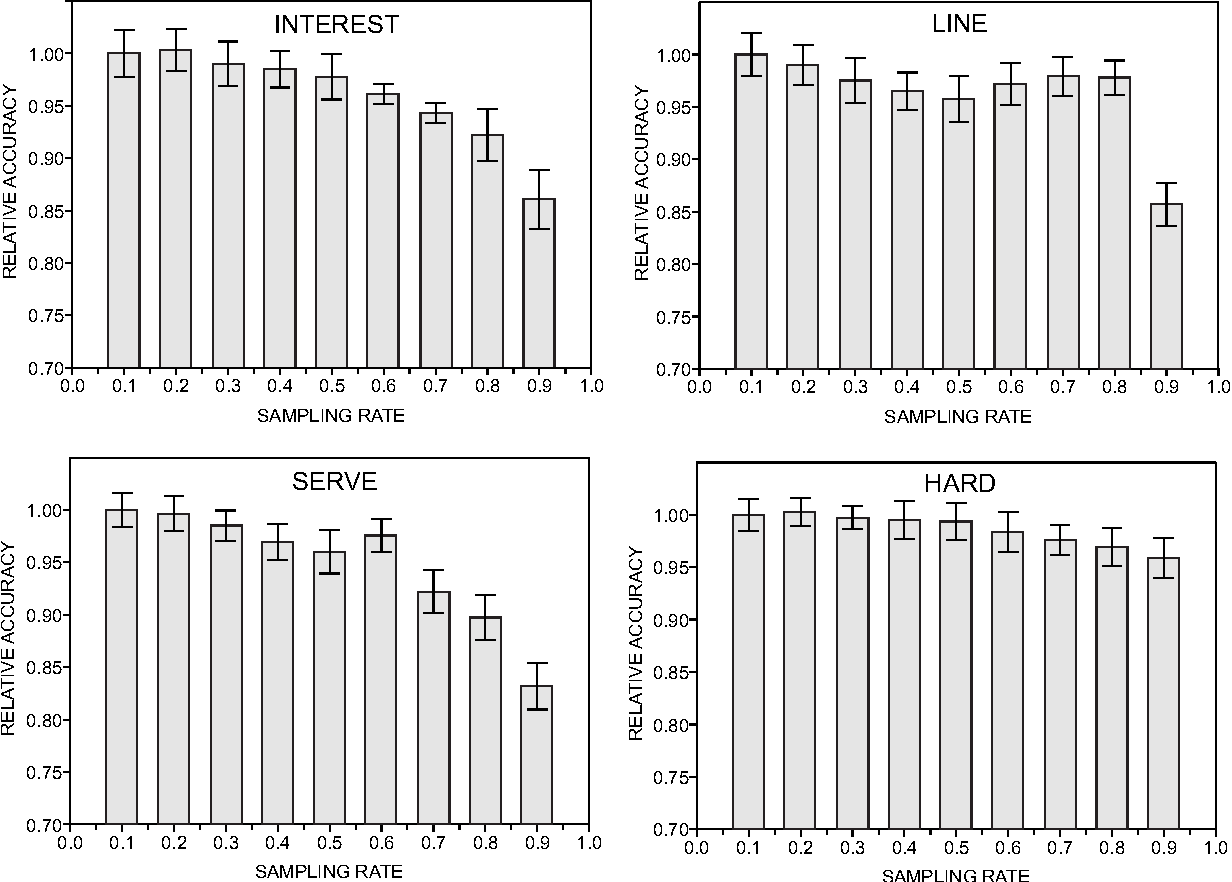 In recent years, concepts and methods of complex networks have been employed to tackle the word sense disambiguation (WSD) task by representing words as nodes, which are connected if they are semantically similar. Despite the increasingly number of studies carried out with such models, most of them use networks just to represent the data, while the pattern recognition performed on the attribute space is performed using traditional learning techniques. In other words, the structural relationship between words have not been explicitly used in the pattern recognition process. In addition, only a few investigations have probed the suitability of representations based on bipartite networks and graphs (bigraphs) for the problem, as many approaches consider all possible links between words. In this context, we assess the relevance of a bipartite network model representing both feature words (i.e. the words characterizing the context) and target (ambiguous) words to solve ambiguities in written texts. Here, we focus on the semantical relationships between these two type of words, disregarding the relationships between feature words. In special, the proposed method not only serves to represent texts as graphs, but also constructs a structure on which the discrimination of senses is accomplished. Our results revealed that the proposed learning algorithm in such bipartite networks provides excellent results mostly when topical features are employed to characterize the context. Surprisingly, our method even outperformed the support vector machine algorithm in particular cases, with the advantage of being robust even if a small training dataset is available. Taken together, the results obtained here show that the proposed representation/classification method might be useful to improve the semantical characterization of written texts. 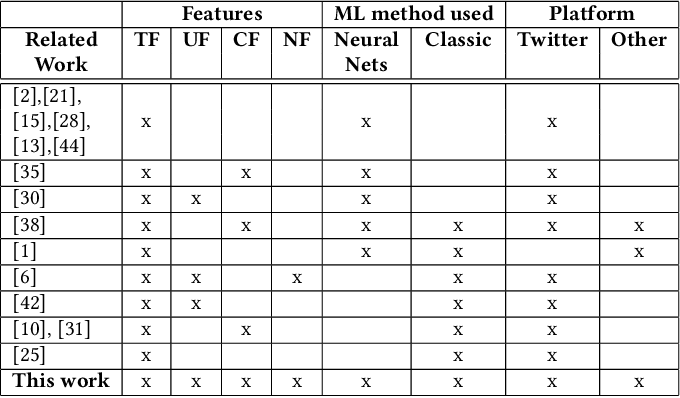 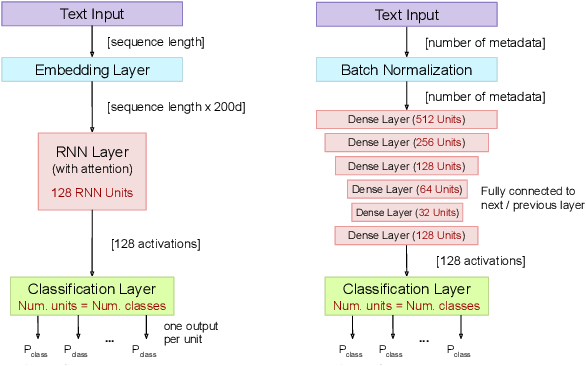 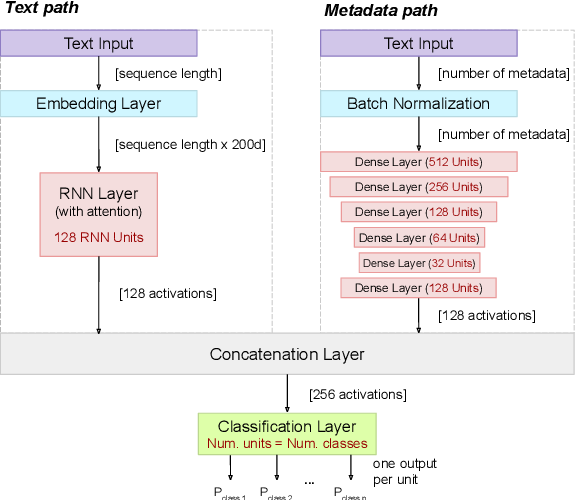 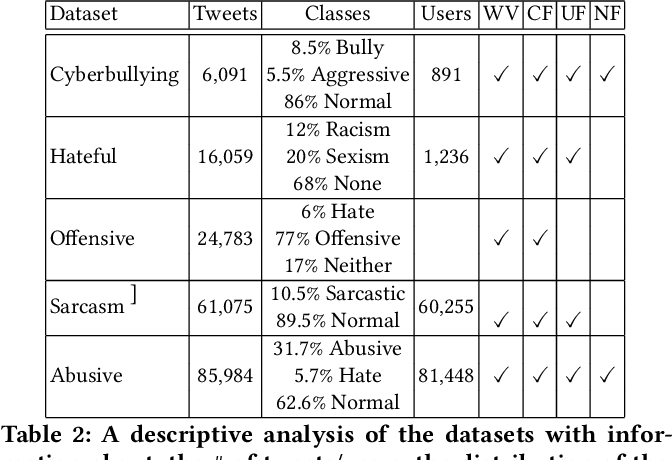 Hate speech, offensive language, sexism, racism and other types of abusive behavior have become a common phenomenon in many online social media platforms. In recent years, such diverse abusive behaviors have been manifesting with increased frequency and levels of intensity. This is due to the openness and willingness of popular media platforms, such as Twitter and Facebook, to host content of sensitive or controversial topics. However, these platforms have not adequately addressed the problem of online abusive behavior, and their responsiveness to the effective detection and blocking of such inappropriate behavior remains limited. In the present paper, we study this complex problem by following a more holistic approach, which considers the various aspects of abusive behavior. To make the approach tangible, we focus on Twitter data and analyze user and textual properties from different angles of abusive posting behavior. We propose a deep learning architecture, which utilizes a wide variety of available metadata, and combines it with automatically-extracted hidden patterns within the text of the tweets, to detect multiple abusive behavioral norms which are highly inter-related. We apply this unified architecture in a seamless, transparent fashion to detect different types of abusive behavior (hate speech, sexism vs. racism, bullying, sarcasm, etc.) without the need for any tuning of the model architecture for each task. We test the proposed approach with multiple datasets addressing different and multiple abusive behaviors on Twitter. Our results demonstrate that it largely outperforms the state-of-art methods (between 21 and 45\% improvement in AUC, depending on the dataset). 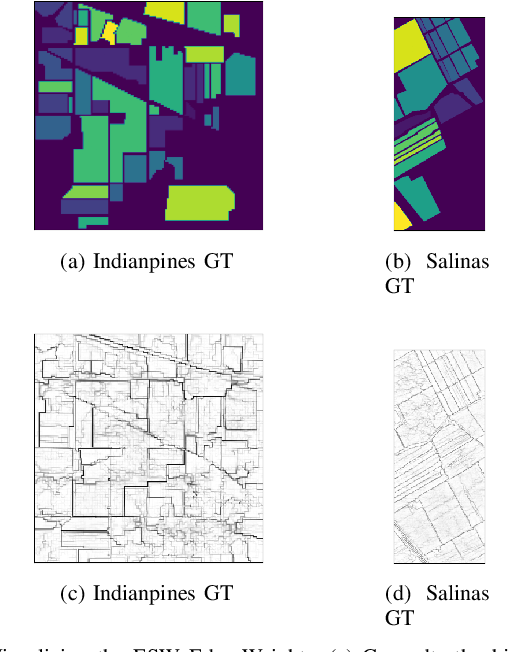 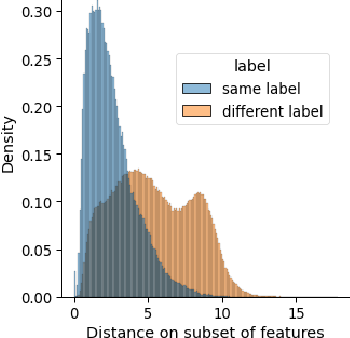 
* This article is under review at Geoscience and Remote Sensing Letters. Copyright could be transferred at any time 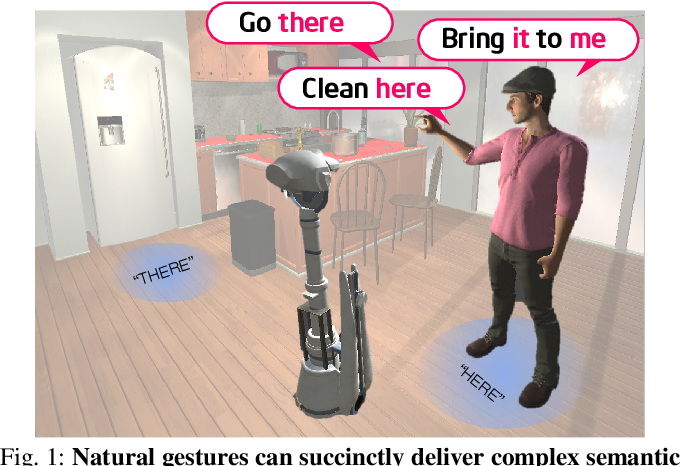 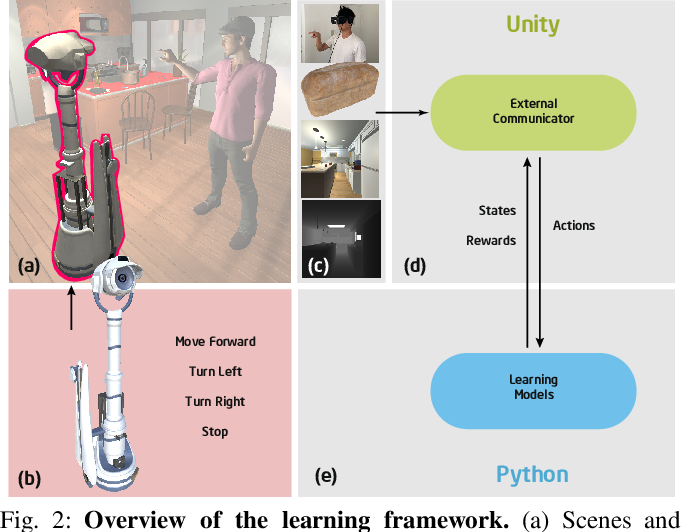 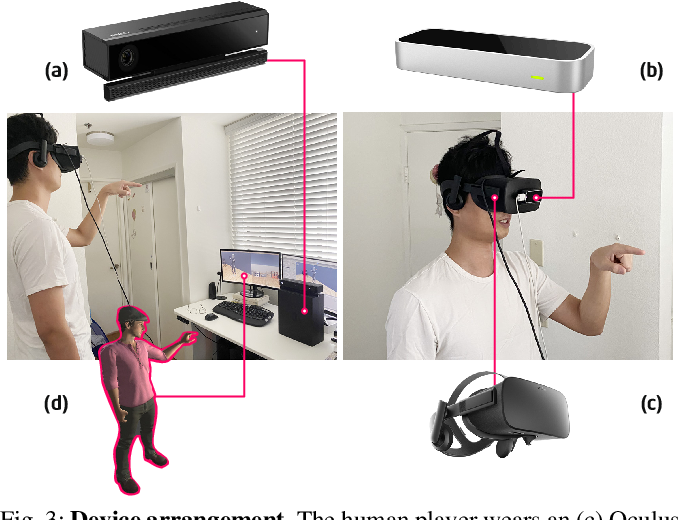 Human-robot collaboration is an essential research topic in artificial intelligence (AI), enabling researchers to devise cognitive AI systems and affords an intuitive means for users to interact with the robot. Of note, communication plays a central role. To date, prior studies in embodied agent navigation have only demonstrated that human languages facilitate communication by instructions in natural languages. Nevertheless, a plethora of other forms of communication is left unexplored. In fact, human communication originated in gestures and oftentimes is delivered through multimodal cues, e.g. "go there" with a pointing gesture. To bridge the gap and fill in the missing dimension of communication in embodied agent navigation, we propose investigating the effects of using gestures as the communicative interface instead of verbal cues. Specifically, we develop a VR-based 3D simulation environment, named Ges-THOR, based on AI2-THOR platform. In this virtual environment, a human player is placed in the same virtual scene and shepherds the artificial agent using only gestures. The agent is tasked to solve the navigation problem guided by natural gestures with unknown semantics; we do not use any predefined gestures due to the diversity and versatile nature of human gestures. We argue that learning the semantics of natural gestures is mutually beneficial to learning the navigation task--learn to communicate and communicate to learn. In a series of experiments, we demonstrate that human gesture cues, even without predefined semantics, improve the object-goal navigation for an embodied agent, outperforming various state-of-the-art methods. 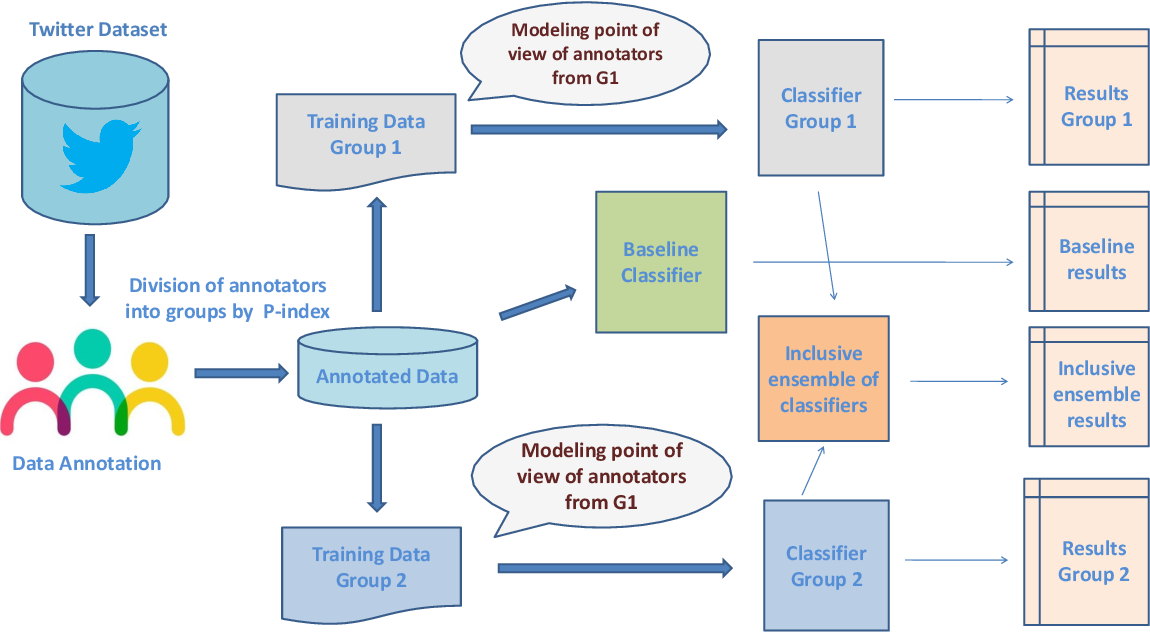 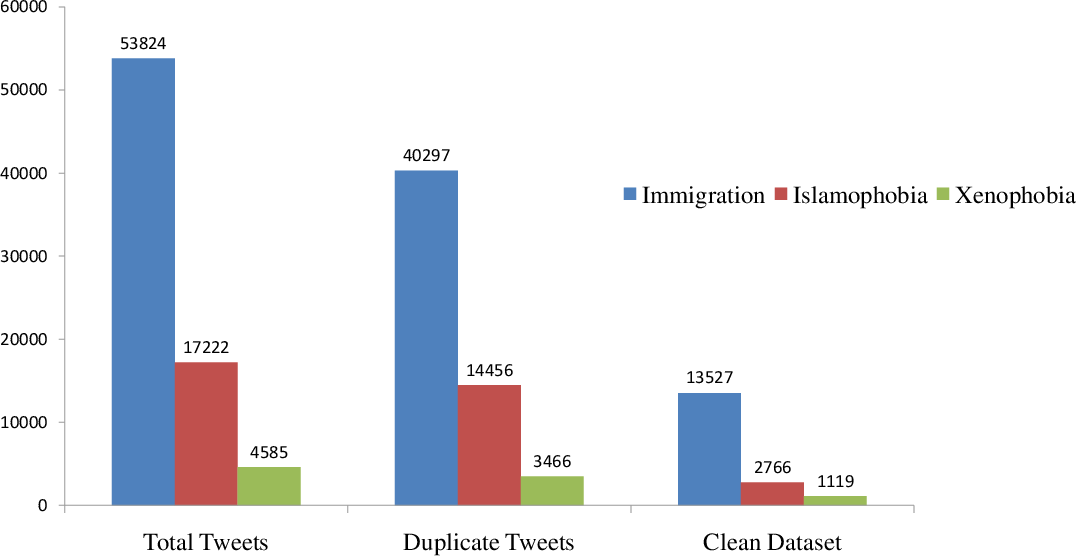 Social media platforms provide users the freedom of expression and a medium to exchange information and express diverse opinions. Unfortunately, this has also resulted in the growth of abusive content with the purpose of discriminating people and targeting the most vulnerable communities such as immigrants, LGBT, Muslims, Jews and women. Because abusive language is subjective in nature, there might be highly polarizing topics or events involved in the annotation of abusive contents such as hate speech (HS). Therefore, we need novel approaches to model conflicting perspectives and opinions coming from people with different personal and demographic backgrounds. In this paper, we present an in-depth study to model polarized opinions coming from different communities under the hypothesis that similar characteristics (ethnicity, social background, culture etc.) can influence the perspectives of annotators on a certain phenomenon. We believe that by relying on this information, we can divide the annotators into groups sharing similar perspectives. We can create separate gold standards, one for each group, to train state-of-the-art deep learning models. We can employ an ensemble approach to combine the perspective-aware classifiers from different groups to an inclusive model. We also propose a novel resource, a multi-perspective English language dataset annotated according to different sub-categories relevant for characterising online abuse: hate speech, aggressiveness, offensiveness and stereotype. By training state-of-the-art deep learning models on this novel resource, we show how our approach improves the prediction performance of a state-of-the-art supervised classifier. 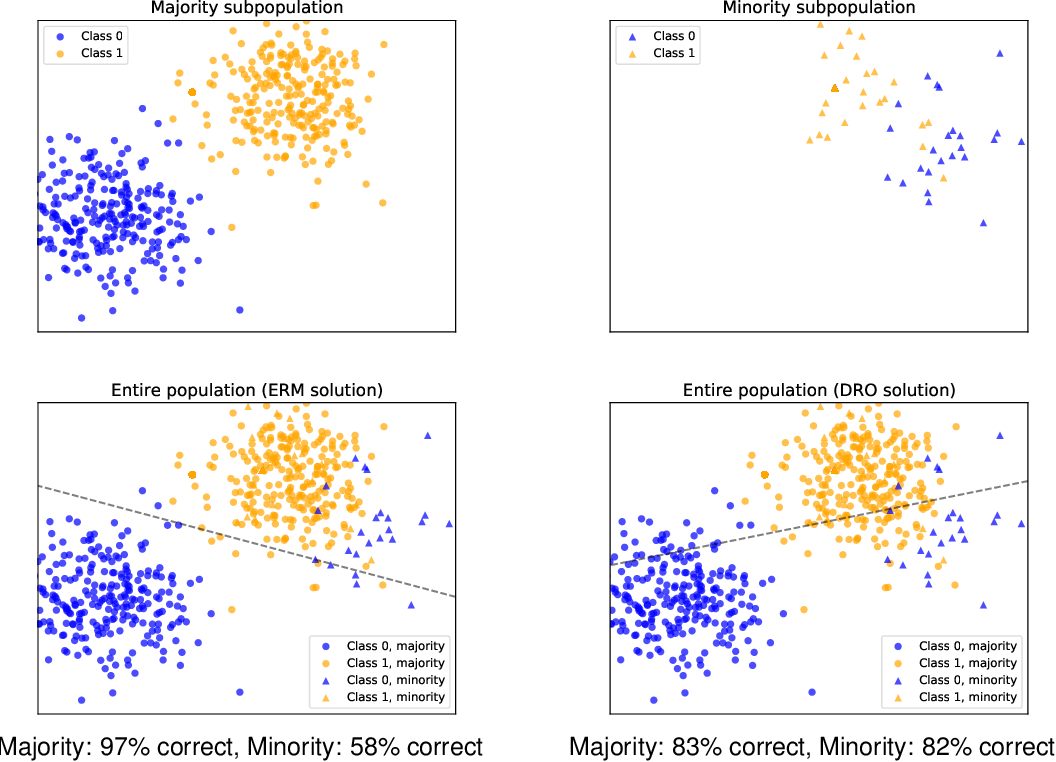 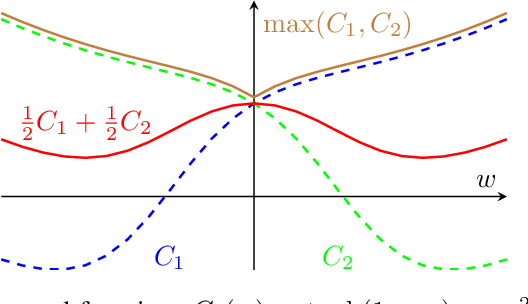 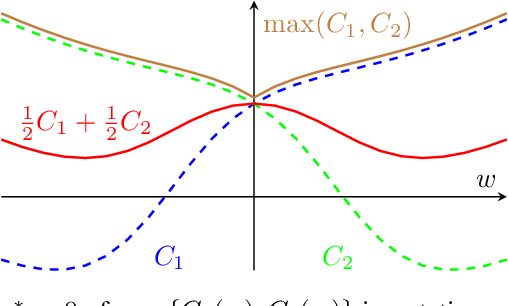 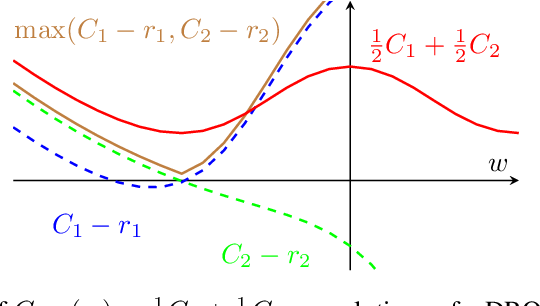 Machine learning systems based on minimizing average error have been shown to perform inconsistently across notable subsets of the data, which is not exposed by a low average error for the entire dataset. In consequential social and economic applications, where data represent people, this can lead to discrimination of underrepresented gender and ethnic groups. Given the importance of bias mitigation in machine learning, the topic leads to contentious debates on how to ensure fairness in practice (data bias versus algorithmic bias). Distributionally Robust Optimization (DRO) seemingly addresses this problem by minimizing the worst expected risk across subpopulations. We establish theoretical results that clarify the relation between DRO and the optimization of the same loss averaged on an adequately weighted training dataset. The results cover finite and infinite number of training distributions, as well as convex and non-convex loss functions. We show that neither DRO nor curating the training set should be construed as a complete solution for bias mitigation: in the same way that there is no universally robust training set, there is no universal way to setup a DRO problem and ensure a socially acceptable set of results. We then leverage these insights to provide a mininal set of practical recommendations for addressing bias with DRO. Finally, we discuss ramifications of our results in other related applications of DRO, using an example of adversarial robustness. Our results show that there is merit to both the algorithm-focused and the data-focused side of the bias debate, as long as arguments in favor of these positions are precisely qualified and backed by relevant mathematics known today. 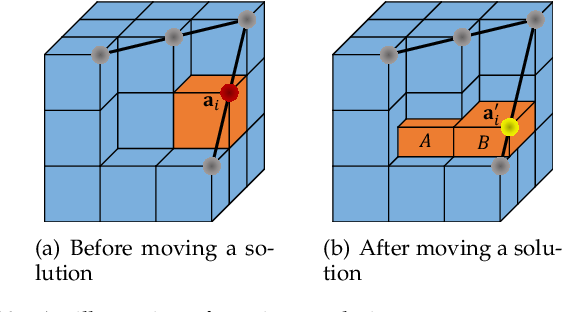 
* This paper has been submitted to a journal for review 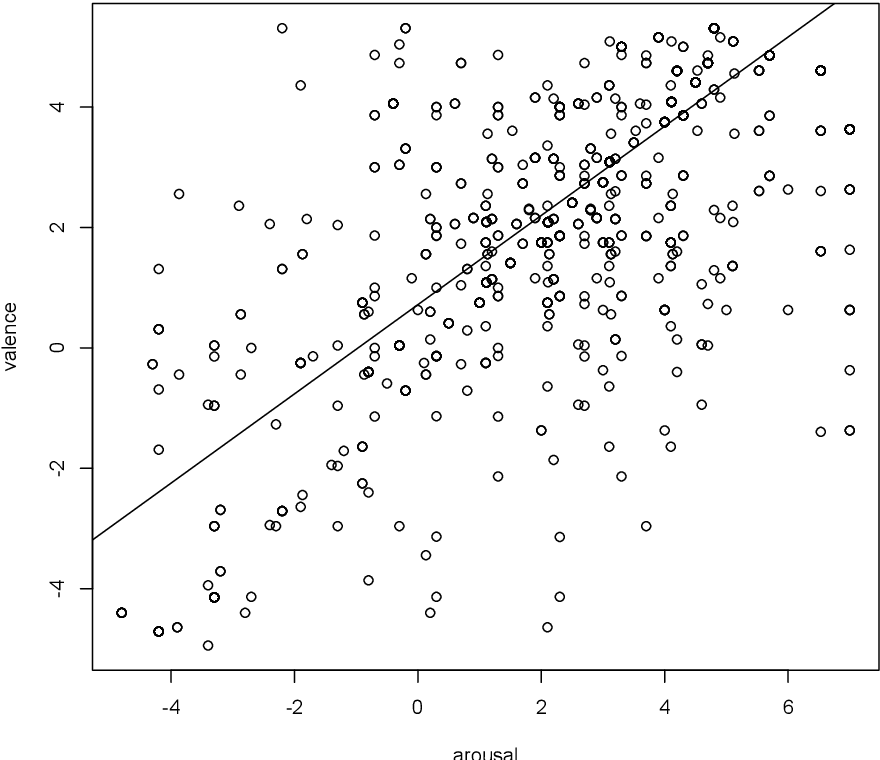 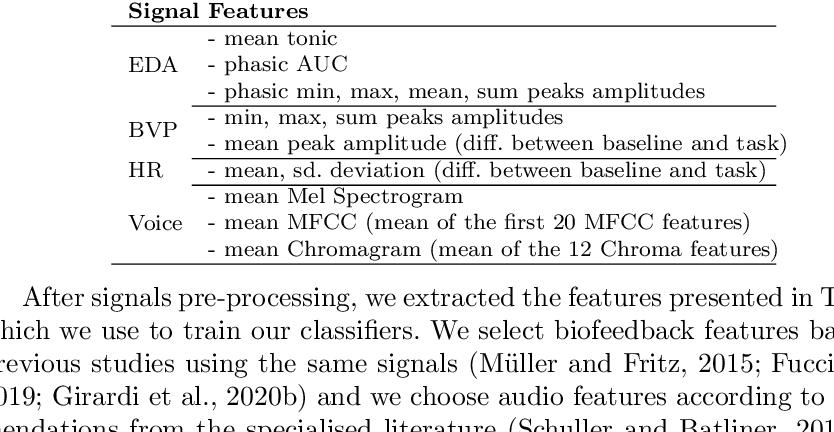 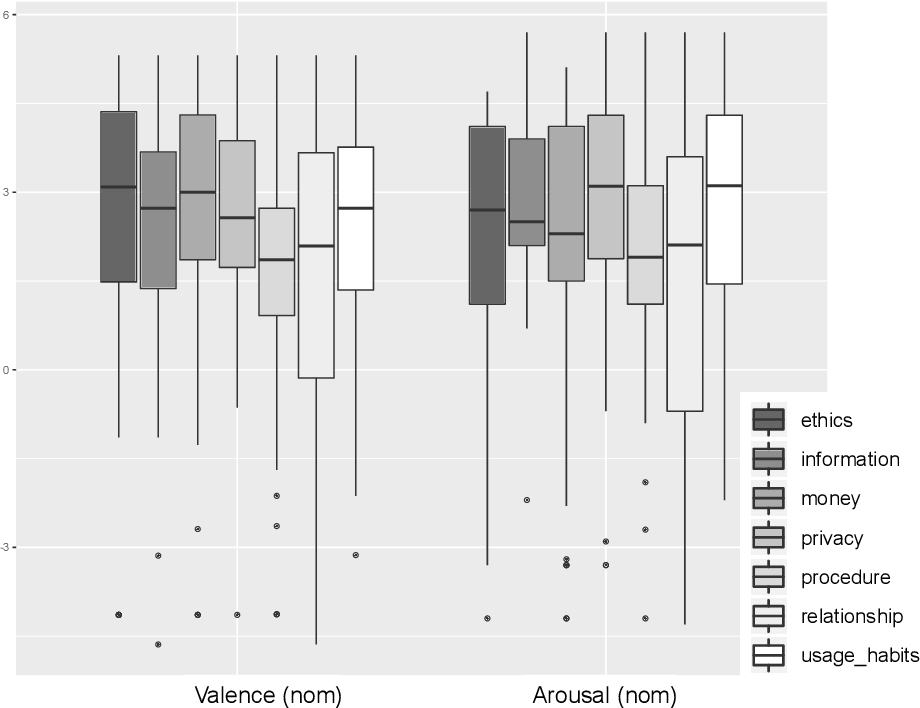 Capturing users engagement is crucial for gathering feedback about the features of a software product. In a market-driven context, current approaches to collect and analyze users feedback are based on techniques leveraging information extracted from product reviews and social media. These approaches are hardly applicable in bespoke software development, or in contexts in which one needs to gather information from specific users. In such cases, companies need to resort to face-to-face interviews to get feedback on their products. In this paper, we propose to utilize biometric data, in terms of physiological and voice features, to complement interviews with information about the engagement of the user on the discussed product-relevant topics. We evaluate our approach by interviewing users while gathering their physiological data (i.e., biofeedback) using an Empatica E4 wristband, and capturing their voice through the default audio-recorder of a common laptop. Our results show that we can predict users' engagement by training supervised machine learning algorithms on biometric data, and that voice features alone can be sufficiently effective. The performance of the prediction algorithms is maximised when pre-processing the training data with the synthetic minority oversampling technique (SMOTE). The results of our work suggest that biofeedback and voice analysis can be used to facilitate prioritization of requirements oriented to product improvement, and to steer the interview based on users' engagement. Furthermore, the usage of voice features can be particularly helpful for emotion-aware requirements elicitation in remote communication, either performed by human analysts or voice-based chatbots.