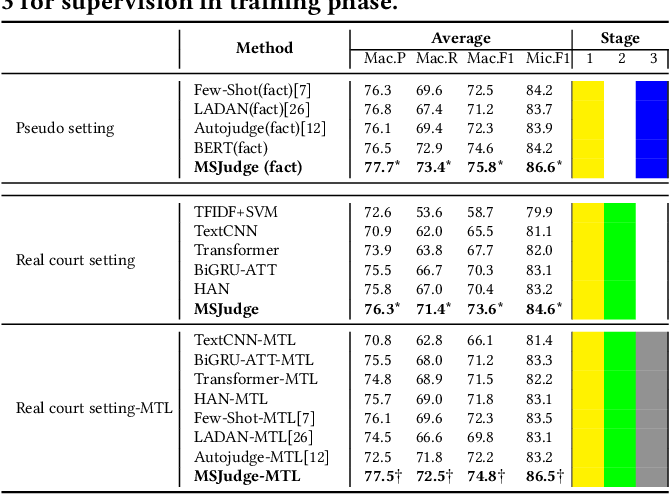 Legal judgment prediction(LJP) is an essential task for legal AI. While prior methods studied on this topic in a pseudo setting by employing the judge-summarized case narrative as the input to predict the judgment, neglecting critical case life-cycle information in real court setting could threaten the case logic representation quality and prediction correctness. In this paper, we introduce a novel challenging dataset from real courtrooms to predict the legal judgment in a reasonably encyclopedic manner by leveraging the genuine input of the case -- plaintiff's claims and court debate data, from which the case's facts are automatically recognized by comprehensively understanding the multi-role dialogues of the court debate, and then learnt to discriminate the claims so as to reach the final judgment through multi-task learning. An extensive set of experiments with a large civil trial data set shows that the proposed model can more accurately characterize the interactions among claims, fact and debate for legal judgment prediction, achieving significant improvements over strong state-of-the-art baselines. Moreover, the user study conducted with real judges and law school students shows the neural predictions can also be interpretable and easily observed, and thus enhancing the trial efficiency and judgment quality. 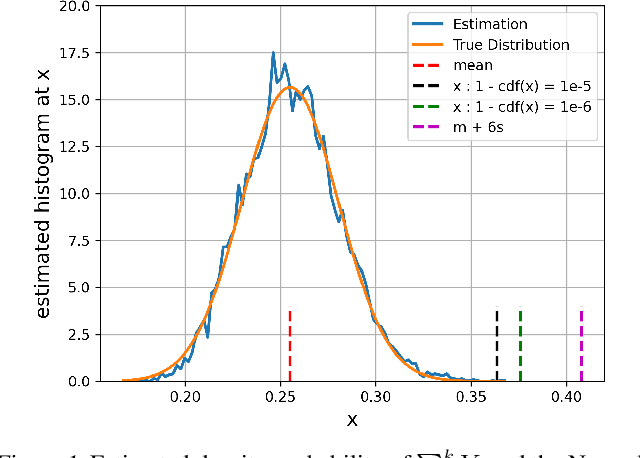 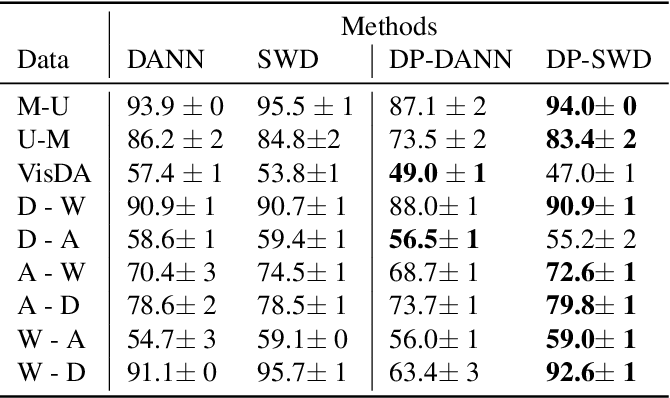 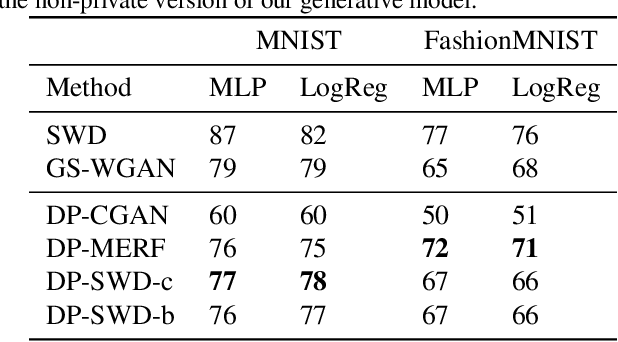 Developing machine learning methods that are privacy preserving is today a central topic of research, with huge practical impacts. Among the numerous ways to address privacy-preserving learning, we here take the perspective of computing the divergences between distributions under the Differential Privacy (DP) framework -- being able to compute divergences between distributions is pivotal for many machine learning problems, such as learning generative models or domain adaptation problems. Instead of resorting to the popular gradient-based sanitization method for DP, we tackle the problem at its roots by focusing on the Sliced Wasserstein Distance and seamlessly making it differentially private. Our main contribution is as follows: we analyze the property of adding a Gaussian perturbation to the intrinsic randomized mechanism of the Sliced Wasserstein Distance, and we establish the sensitivityof the resulting differentially private mechanism. One of our important findings is that this DP mechanism transforms the Sliced Wasserstein distance into another distance, that we call the Smoothed Sliced Wasserstein Distance. This new differentially private distribution distance can be plugged into generative models and domain adaptation algorithms in a transparent way, and we empirically show that it yields highly competitive performance compared with gradient-based DP approaches from the literature, with almost no loss in accuracy for the domain adaptation problems that we consider. 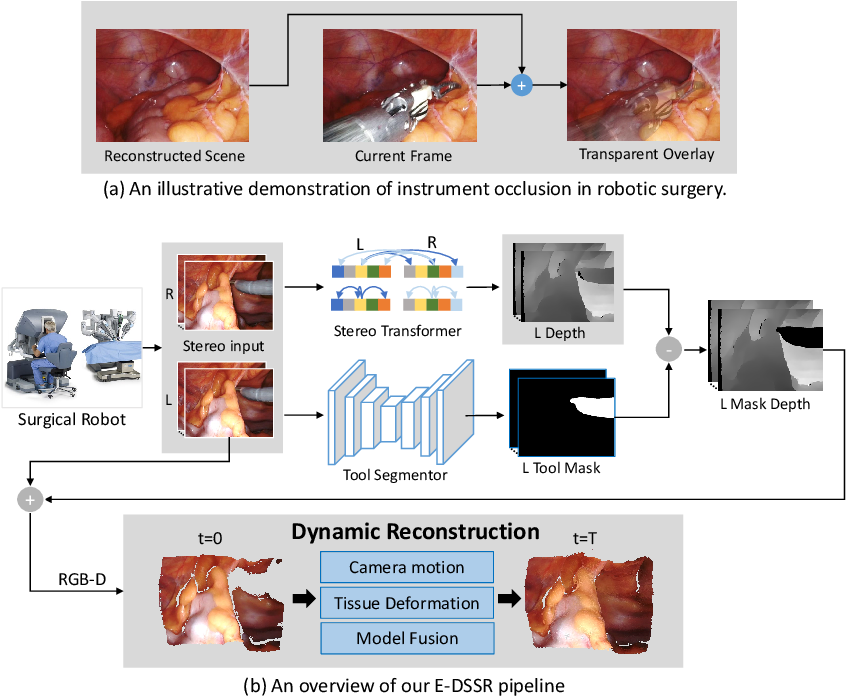 Reconstructing the scene of robotic surgery from the stereo endoscopic video is an important and promising topic in surgical data science, which potentially supports many applications such as surgical visual perception, robotic surgery education and intra-operative context awareness. However, current methods are mostly restricted to reconstructing static anatomy assuming no tissue deformation, tool occlusion and de-occlusion, and camera movement. However, these assumptions are not always satisfied in minimal invasive robotic surgeries. In this work, we present an efficient reconstruction pipeline for highly dynamic surgical scenes that runs at 28 fps. Specifically, we design a transformer-based stereoscopic depth perception for efficient depth estimation and a light-weight tool segmentor to handle tool occlusion. After that, a dynamic reconstruction algorithm which can estimate the tissue deformation and camera movement, and aggregate the information over time is proposed for surgical scene reconstruction. We evaluate the proposed pipeline on two datasets, the public Hamlyn Centre Endoscopic Video Dataset and our in-house DaVinci robotic surgery dataset. The results demonstrate that our method can recover the scene obstructed by the surgical tool and handle the movement of camera in realistic surgical scenarios effectively at real-time speed. 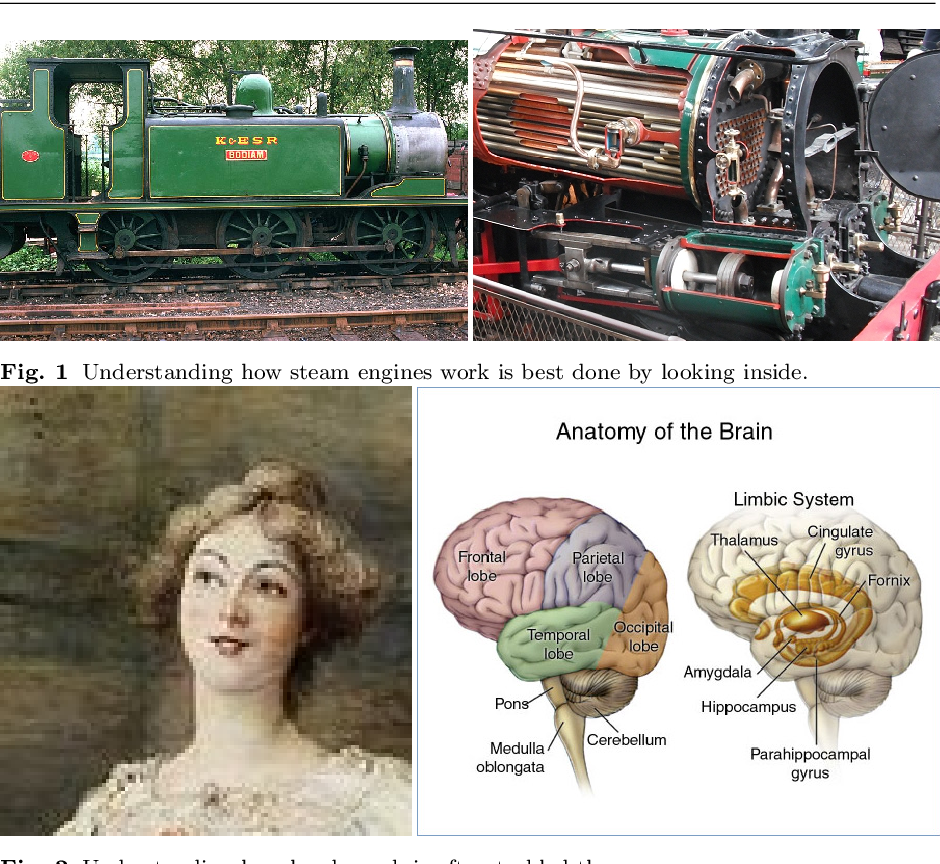 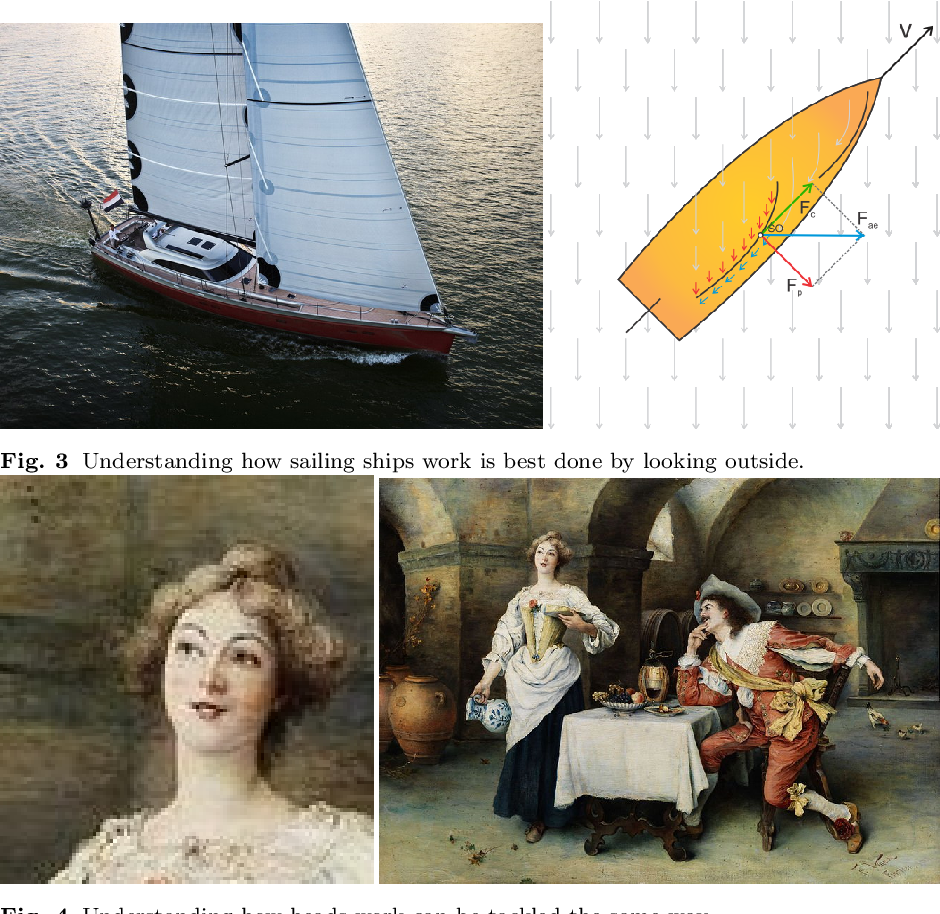 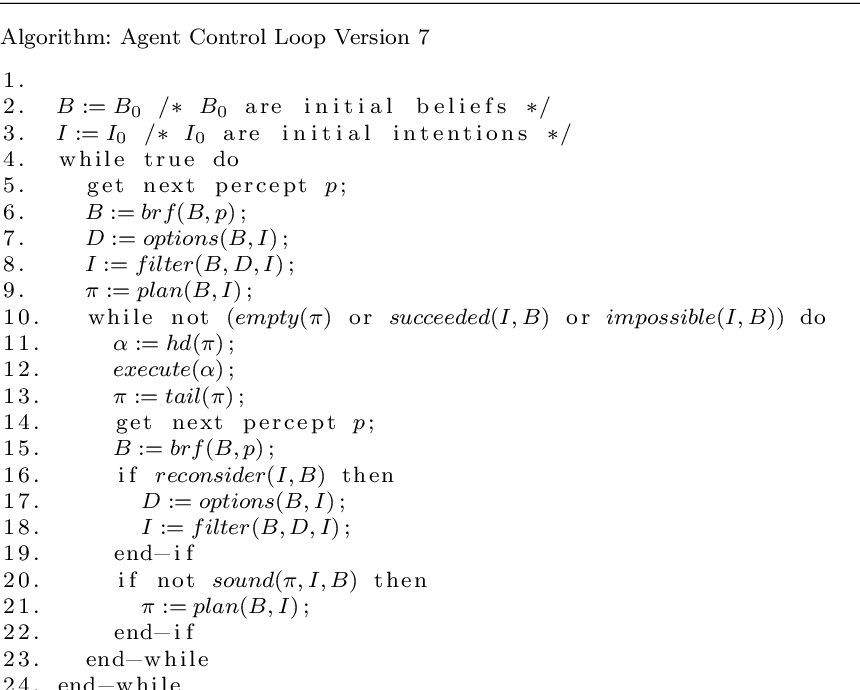 Virtual Personal Assistants like Siri have great potential but such developments hit the fundamental problem of how to make computational devices that understand human speech. Natural language understanding is one of the more disappointing failures of AI research and it seems there is something we computer scientists don't get about the nature of language. Of course philosophers and linguists think quite differently about language and this paper describes how we have taken ideas from other disciplines and implemented them. The background to the work is to take seriously the notion of language as action and look at what people actually do with language using the techniques of Conversation Analysis. The observation has been that human communication is (behind the scenes) about the management of social relations as well as the (foregrounded) passing of information. To claim this is one thing but to implement it requires a mechanism. The mechanism described here is based on the notion of language being intentional - we think intentionally, talk about them and recognise them in others - and cooperative in that we are compelled to help out. The way we are compelled points to a solution to the ever present problem of keeping the human on topic. The approach has led to a recent success in which we significantly improve user satisfaction independent of task completion. Talk Markup Language (TalkML) is a draft alternative to VoiceXML that, we propose, greatly simplifies the scripting of interaction by providing default behaviours for no input and not recognised speech events.

Holmes: An Efficient and Lightweight Semantic Based Anomalous Email Detector 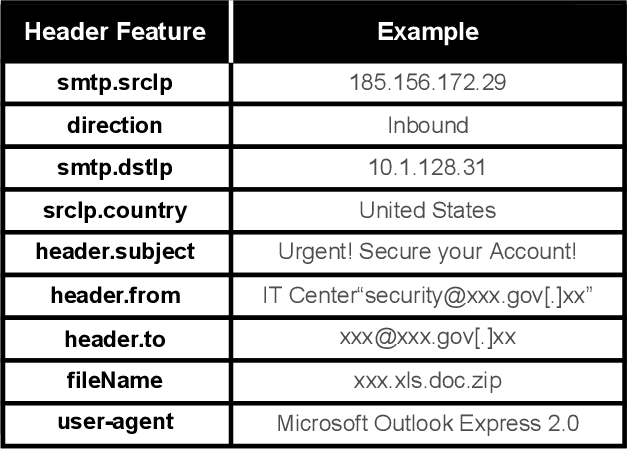 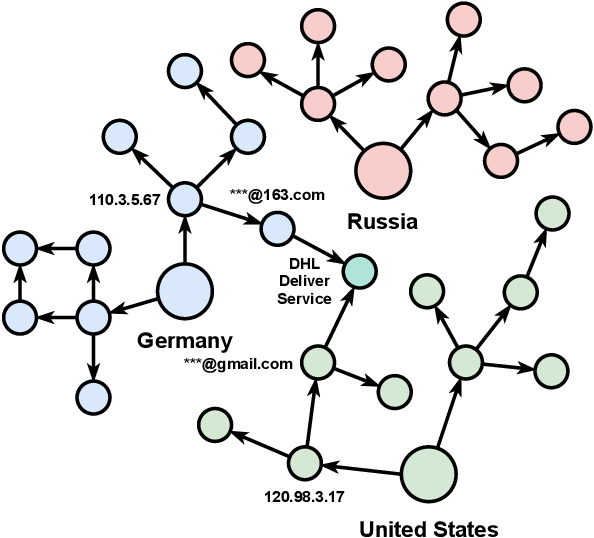 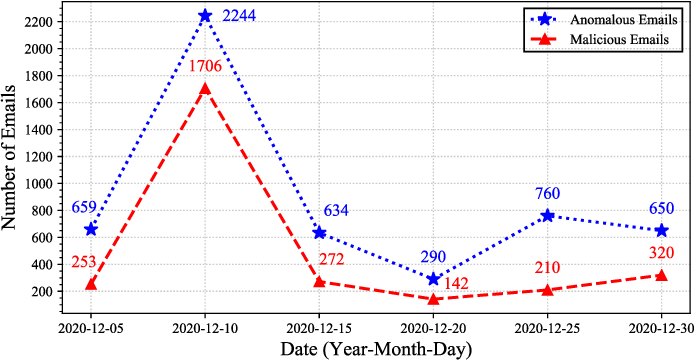 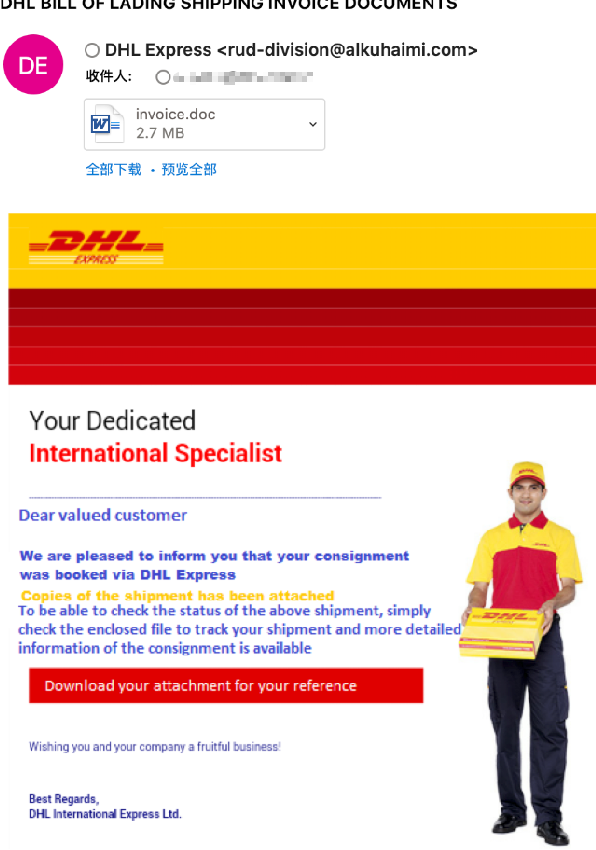 Email threat is a serious issue for enterprise security, which consists of various malicious scenarios, such as phishing, fraud, blackmail and malvertisement. Traditional anti-spam gateway commonly requires to maintain a greylist to filter out unexpected emails based on suspicious vocabularies existed in the mail subject and content. However, the signature-based approach cannot effectively discover novel and unknown suspicious emails that utilize various hot topics at present, such as COVID-19 and US election. To address the problem, in this paper, we present Holmes, an efficient and lightweight semantic based engine for anomalous email detection. Holmes can convert each event log of email to a sentence through word embedding then extract interesting items among them by novelty detection. Based on our observations, we claim that, in an enterprise environment, there is a stable relation between senders and receivers, but suspicious emails are commonly from unusual sources, which can be detected through the rareness selection. We evaluate the performance of Holmes in a real-world enterprise environment, in which it sends and receives around 5,000 emails each day. As a result, Holmes can achieve a high detection rate (output around 200 suspicious emails per day) and maintain a low false alarm rate for anomaly detection. 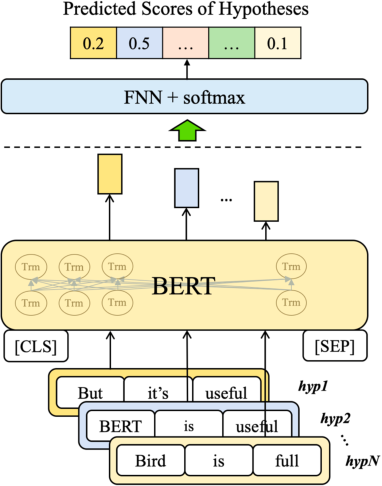 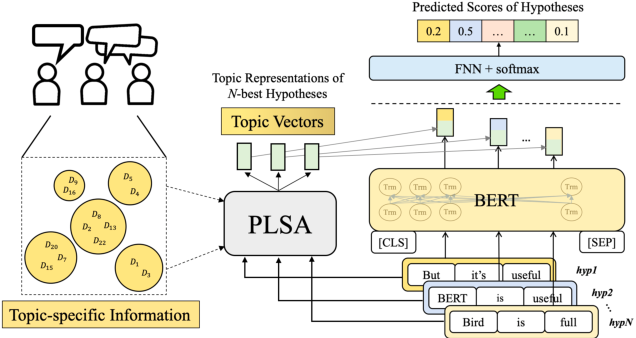 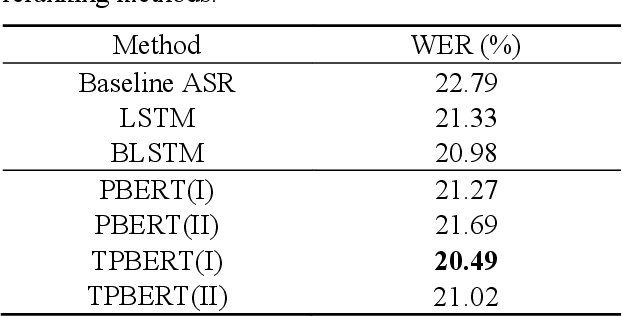 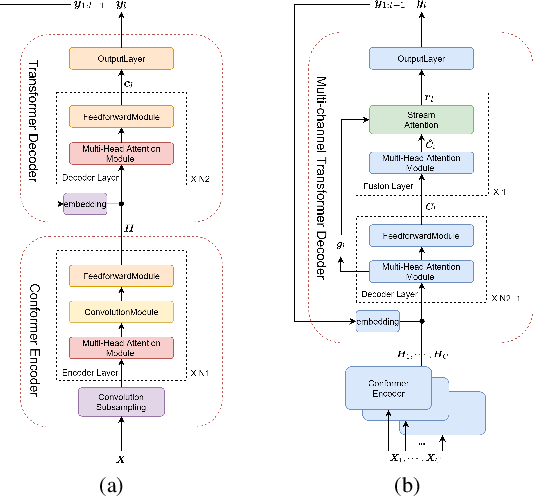 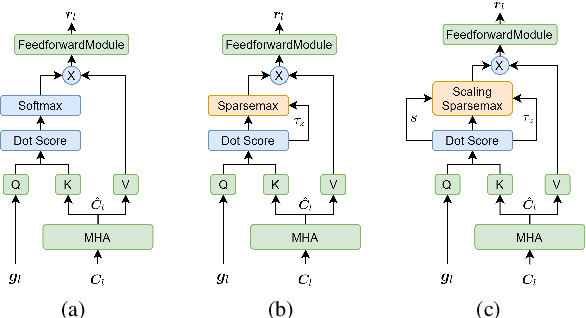