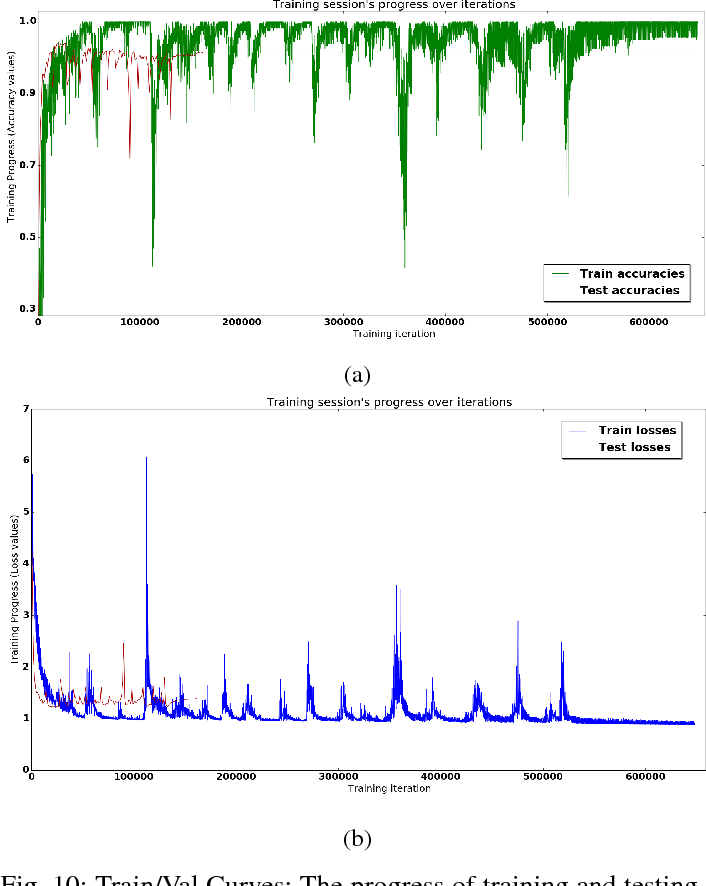 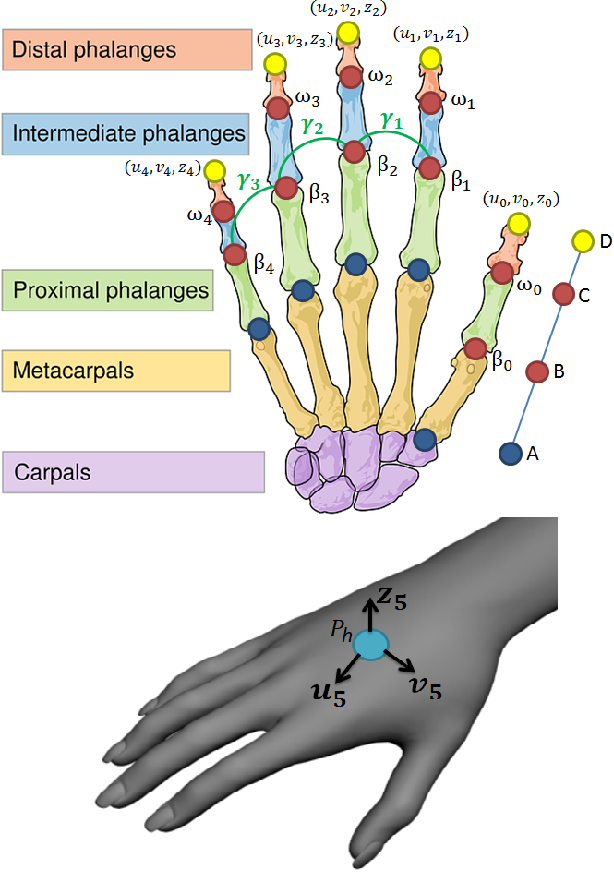 In human interactions, hands are a powerful way of expressing information that, in some cases, can be used as a valid substitute for voice, as it happens in Sign Language. Hand gesture recognition has always been an interesting topic in the areas of computer vision and multimedia. These gestures can be represented as sets of feature vectors that change over time. Recurrent Neural Networks (RNNs) are suited to analyse this type of sets thanks to their ability to model the long term contextual information of temporal sequences. In this paper, a RNN is trained by using as features the angles formed by the finger bones of human hands. The selected features, acquired by a Leap Motion Controller (LMC) sensor, have been chosen because the majority of human gestures produce joint movements that generate truly characteristic corners. A challenging subset composed by a large number of gestures defined by the American Sign Language (ASL) is used to test the proposed solution and the effectiveness of the selected angles. Moreover, the proposed method has been compared to other state of the art works on the SHREC dataset, thus demonstrating its superiority in hand gesture recognition accuracy. 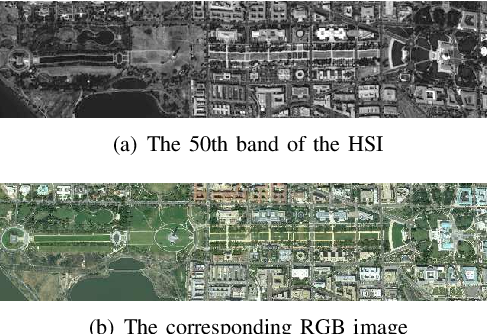 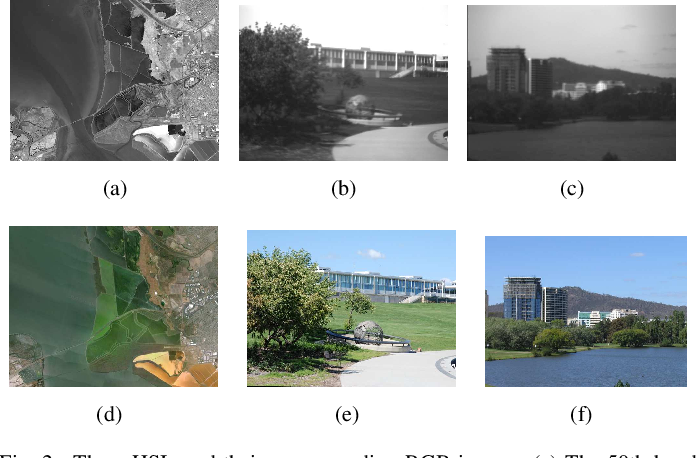 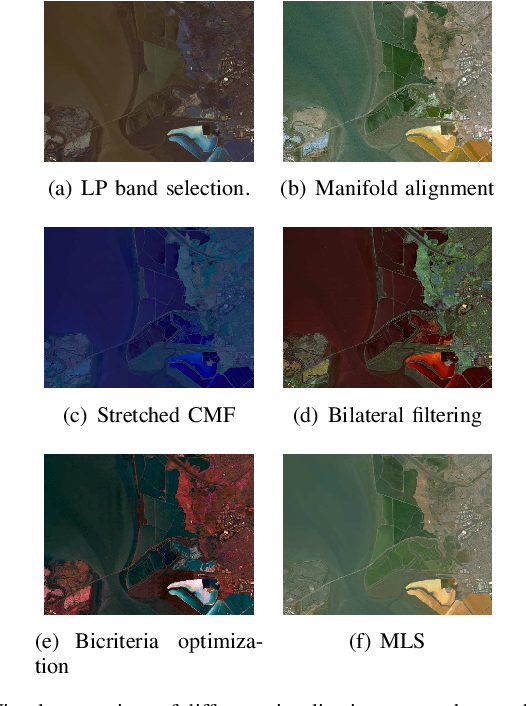 Displaying the large number of bands in a hyper spectral image on a trichromatic monitor has been an active research topic. The visualized image shall convey as much information as possible form the original data and facilitate image interpretation. Most existing methods display HSIs in false colors which contradict with human's experience and expectation. In this paper, we propose a nonlinear approach to visualize an input HSI with natural colors by taking advantage of a corresponding RGB image. Our approach is based on Moving Least Squares, an interpolation scheme for reconstructing a surface from a set of control points, which in our case is a set of matching pixels between the HSI and the corresponding RGB image. Based on MLS, the proposed method solves for each spectral signature a unique transformation so that the non linear structure of the HSI can be preserved. The matching pixels between a pair of HSI and RGB image can be reused to display other HSIs captured b the same imaging sensor with natural colors. Experiments show that the output image of the proposed method no only have natural colors but also maintain the visual information necessary for human analysis. 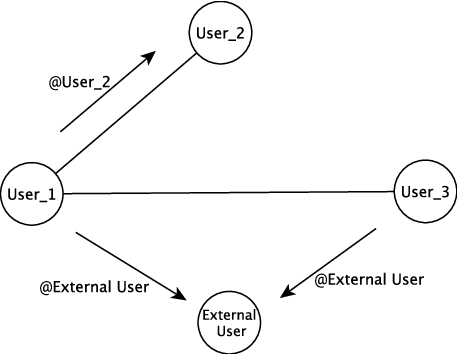 The problem of predicting the location of users on large social networks like Twitter has emerged from real-life applications such as social unrest detection and online marketing. Twitter user geolocation is a difficult and active research topic with a vast literature. Most of the proposed methods follow either a content-based or a network-based approach. The former exploits user-generated content while the latter utilizes the connection or interaction between Twitter users. In this paper, we introduce a novel method combining the strength of both approaches. Concretely, we propose a multi-entry neural network architecture named MENET leveraging the advances in deep learning and multiview learning. The generalizability of MENET enables the integration of multiple data representations. In the context of Twitter user geolocation, we realize MENET with textual, network, and metadata features. Considering the natural distribution of Twitter users across the concerned geographical area, we subdivide the surface of the earth into multi-scale cells and train MENET with the labels of the cells. We show that our method outperforms the state of the art by a large margin on three benchmark datasets.


* Submitted to the IEEE Transactions on Big Data

Regularized empirical risk minimization using kernels and their corresponding reproducing kernel Hilbert spaces (RKHSs) plays an important role in machine learning. However, the actually used kernel often depends on one or on a few hyperparameters or the kernel is even data dependent in a much more complicated manner. Examples are Gaussian RBF kernels, kernel learning, and hierarchical Gaussian kernels which were recently proposed for deep learning. Therefore, the actually used kernel is often computed by a grid search or in an iterative manner and can often only be considered as an approximation to the "ideal" or "optimal" kernel. The paper gives conditions under which classical kernel based methods based on a convex Lipschitz loss function and on a bounded and smooth kernel are stable, if the probability measure $P$, the regularization parameter $\lambda$, and the kernel $k$ may slightly change in a simultaneous manner. Similar results are also given for pairwise learning. Therefore, the topic of this paper is somewhat more general than in classical robust statistics, where usually only the influence of small perturbations of the probability measure $P$ on the estimated function is considered.

Entity retrieval is the task of finding entities such as people or products in response to a query, based solely on the textual documents they are associated with. Recent semantic entity retrieval algorithms represent queries and experts in finite-dimensional vector spaces, where both are constructed from text sequences. We investigate entity vector spaces and the degree to which they capture structural regularities. Such vector spaces are constructed in an unsupervised manner without explicit information about structural aspects. For concreteness, we address these questions for a specific type of entity: experts in the context of expert finding. We discover how clusterings of experts correspond to committees in organizations, the ability of expert representations to encode the co-author graph, and the degree to which they encode academic rank. We compare latent, continuous representations created using methods based on distributional semantics (LSI), topic models (LDA) and neural networks (word2vec, doc2vec, SERT). Vector spaces created using neural methods, such as doc2vec and SERT, systematically perform better at clustering than LSI, LDA and word2vec. When it comes to encoding entity relations, SERT performs best.


* ICTIR2017. Proceedings of the 3rd ACM International Conference on the Theory of Information Retrieval. 2017 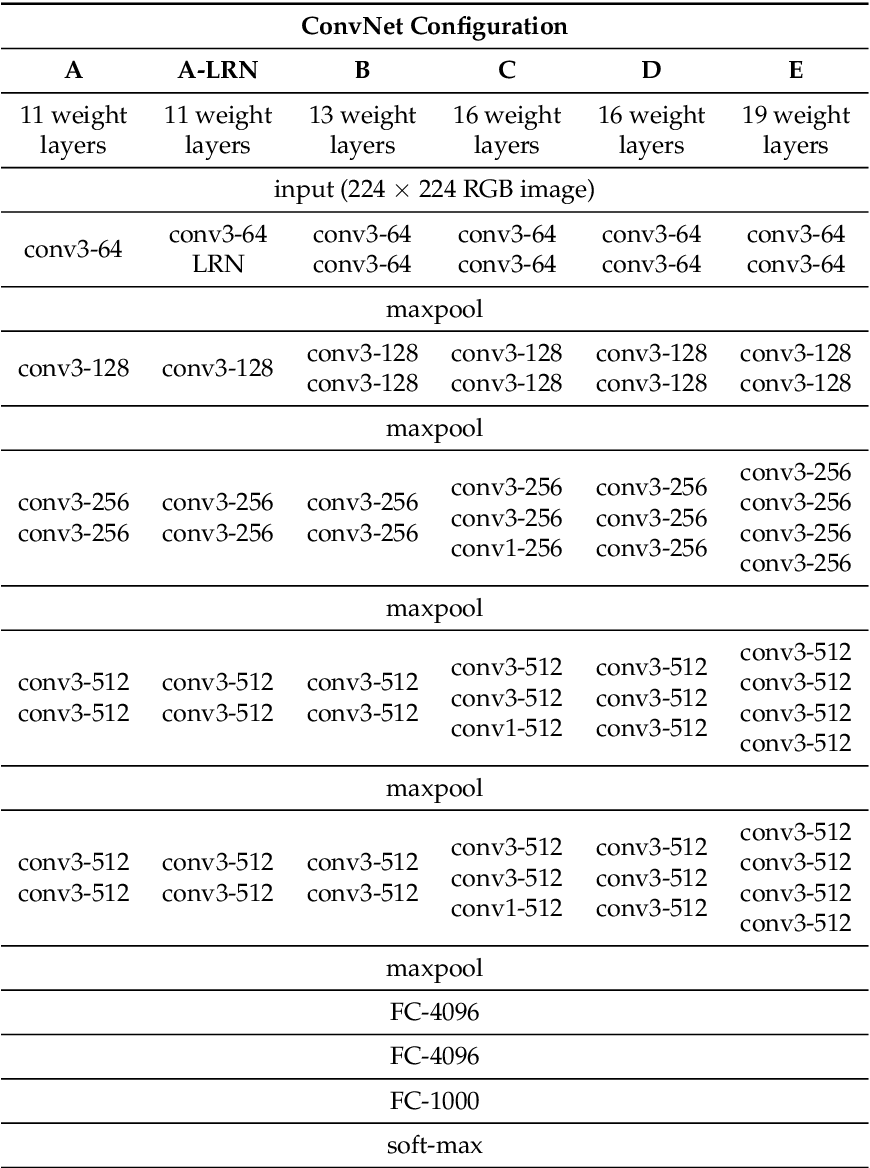 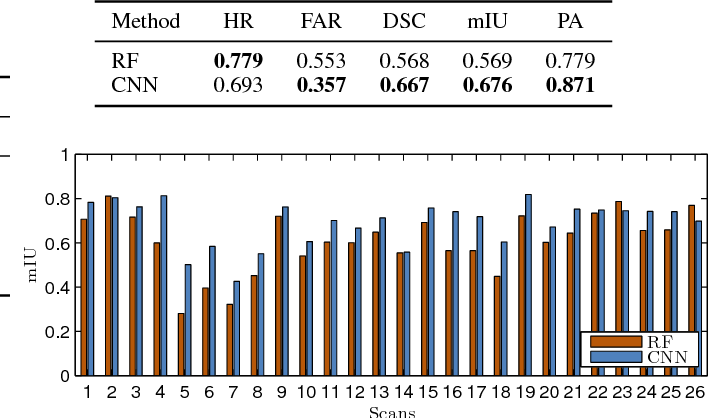 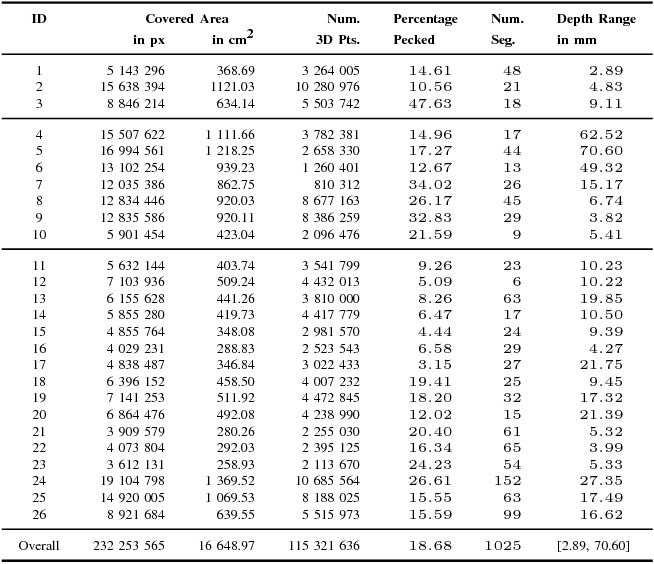 The development of powerful 3D scanning hardware and reconstruction algorithms has strongly promoted the generation of 3D surface reconstructions in different domains. An area of special interest for such 3D reconstructions is the cultural heritage domain, where surface reconstructions are generated to digitally preserve historical artifacts. While reconstruction quality nowadays is sufficient in many cases, the robust analysis (e.g. segmentation, matching, and classification) of reconstructed 3D data is still an open topic. In this paper, we target the automatic and interactive segmentation of high-resolution 3D surface reconstructions from the archaeological domain. To foster research in this field, we introduce a fully annotated and publicly available large-scale 3D surface dataset including high-resolution meshes, depth maps and point clouds as a novel benchmark dataset to the community. We provide baseline results for our existing random forest-based approach and for the first time investigate segmentation with convolutional neural networks (CNNs) on the data. Results show that both approaches have complementary strengths and weaknesses and that the provided dataset represents a challenge for future research.


* CBMI Submission; Dataset and more information can be found at http://lrs.icg.tugraz.at/research/petroglyphsegmentation/ 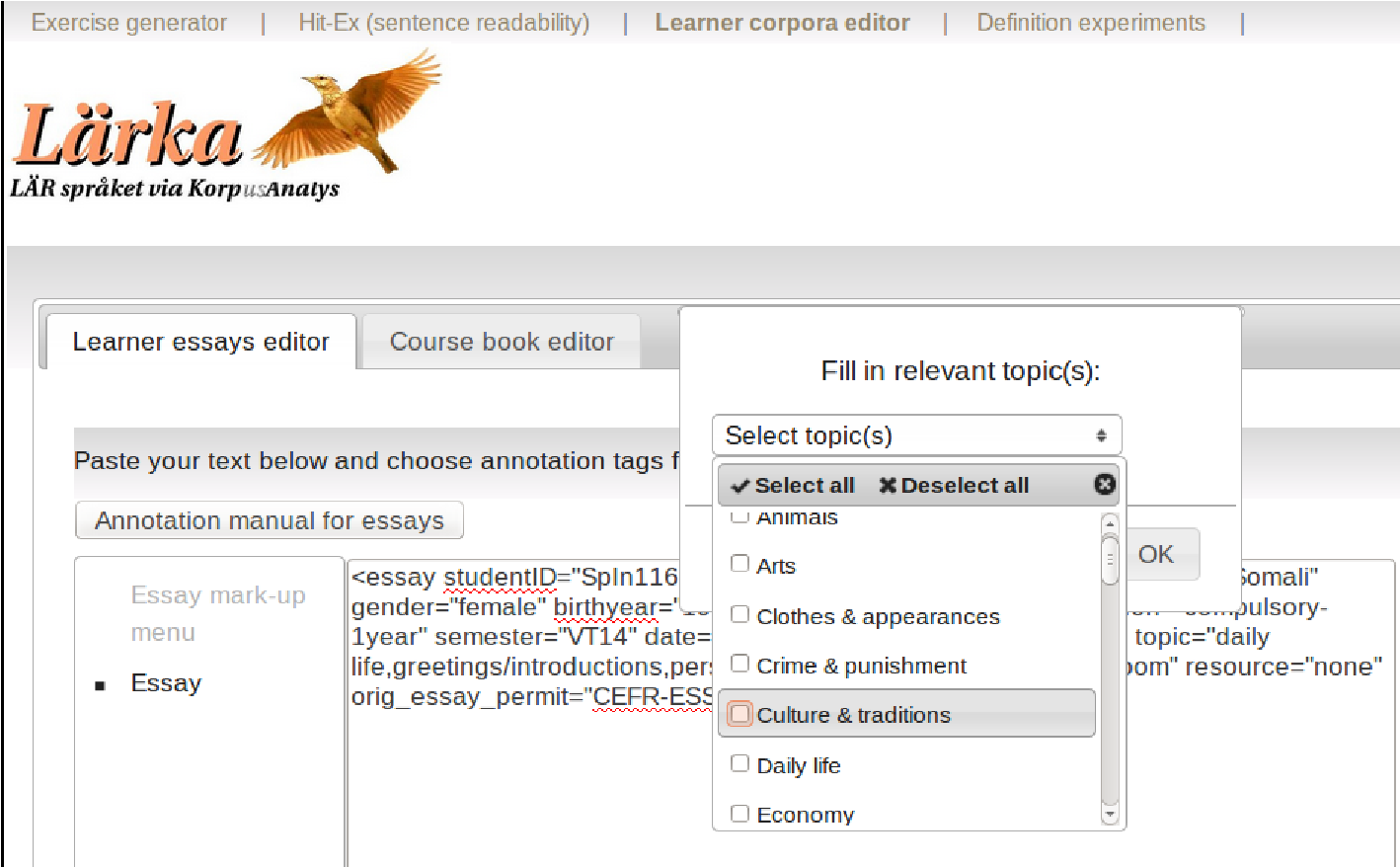 We present a new resource for Swedish, SweLL, a corpus of Swedish Learner essays linked to learners' performance according to the Common European Framework of Reference (CEFR). SweLL consists of three subcorpora - SpIn, SW1203 and Tisus, collected from three different educational establishments. The common metadata for all subcorpora includes age, gender, native languages, time of residence in Sweden, type of written task. Depending on the subcorpus, learner texts may contain additional information, such as text genres, topics, grades. Five of the six CEFR levels are represented in the corpus: A1, A2, B1, B2 and C1 comprising in total 339 essays. C2 level is not included since courses at C2 level are not offered. The work flow consists of collection of essays and permits, essay digitization and registration, meta-data annotation, automatic linguistic annotation. Inter-rater agreement is presented on the basis of SW1203 subcorpus. The work on SweLL is still ongoing with more than 100 essays waiting in the pipeline. This article both describes the resource and the "how-to" behind the compilation of SweLL. 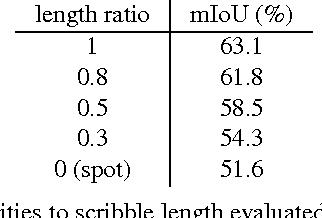 Large-scale data is of crucial importance for learning semantic segmentation models, but annotating per-pixel masks is a tedious and inefficient procedure. We note that for the topic of interactive image segmentation, scribbles are very widely used in academic research and commercial software, and are recognized as one of the most user-friendly ways of interacting. In this paper, we propose to use scribbles to annotate images, and develop an algorithm to train convolutional networks for semantic segmentation supervised by scribbles. Our algorithm is based on a graphical model that jointly propagates information from scribbles to unmarked pixels and learns network parameters. We present competitive object semantic segmentation results on the PASCAL VOC dataset by using scribbles as annotations. Scribbles are also favored for annotating stuff (e.g., water, sky, grass) that has no well-defined shape, and our method shows excellent results on the PASCAL-CONTEXT dataset thanks to extra inexpensive scribble annotations. Our scribble annotations on PASCAL VOC are available at http://research.microsoft.com/en-us/um/people/jifdai/downloads/scribble_sup

Gaussian processes (GPs) are a powerful tool for probabilistic inference over functions. They have been applied to both regression and non-linear dimensionality reduction, and offer desirable properties such as uncertainty estimates, robustness to over-fitting, and principled ways for tuning hyper-parameters. However the scalability of these models to big datasets remains an active topic of research. We introduce a novel re-parametrisation of variational inference for sparse GP regression and latent variable models that allows for an efficient distributed algorithm. This is done by exploiting the decoupling of the data given the inducing points to re-formulate the evidence lower bound in a Map-Reduce setting. We show that the inference scales well with data and computational resources, while preserving a balanced distribution of the load among the nodes. We further demonstrate the utility in scaling Gaussian processes to big data. We show that GP performance improves with increasing amounts of data in regression (on flight data with 2 million records) and latent variable modelling (on MNIST). The results show that GPs perform better than many common models often used for big data.