Ask "Who", Not "What": Bitcoin Volatility Forecasting with Twitter Data 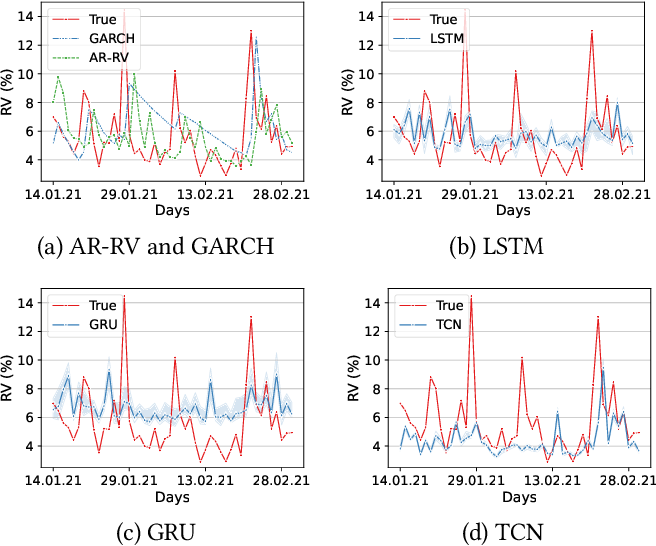 Understanding the variations in trading price (volatility), and its response to external information is a well-studied topic in finance. In this study, we focus on volatility predictions for a relatively new asset class of cryptocurrencies (in particular, Bitcoin) using deep learning representations of public social media data from Twitter. For the field work, we extracted semantic information and user interaction statistics from over 30 million Bitcoin-related tweets, in conjunction with 15-minute intraday price data over a 144-day horizon. Using this data, we built several deep learning architectures that utilized a combination of the gathered information. For all architectures, we conducted ablation studies to assess the influence of each component and feature set in our model. We found statistical evidences for the hypotheses that: (i) temporal convolutional networks perform significantly better than both autoregressive and other deep learning-based models in the literature, and (ii) the tweet author meta-information, even detached from the tweet itself, is a better predictor than the semantic content and tweet volume statistics.

A Reinforcement Learning Benchmark for Autonomous Driving in Intersection Scenarios 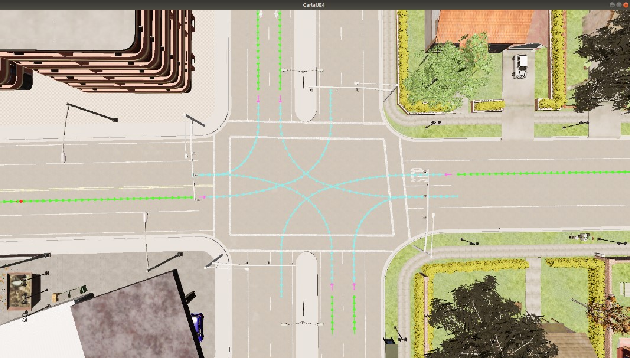 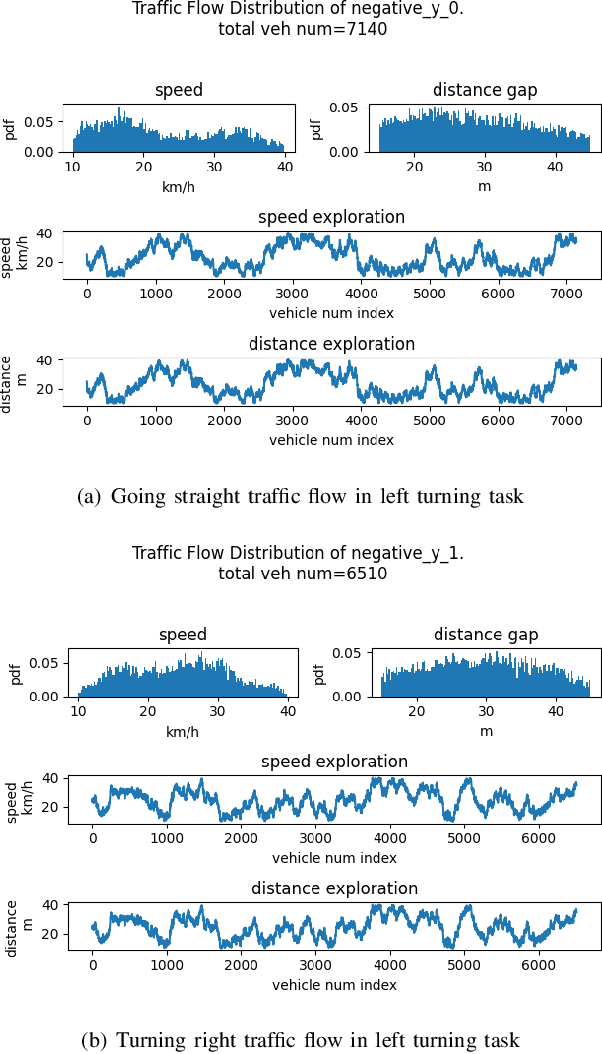 In recent years, control under urban intersection scenarios becomes an emerging research topic. In such scenarios, the autonomous vehicle confronts complicated situations since it must deal with the interaction with social vehicles timely while obeying the traffic rules. Generally, the autonomous vehicle is supposed to avoid collisions while pursuing better efficiency. The existing work fails to provide a framework that emphasizes the integrity of the scenarios while being able to deploy and test reinforcement learning(RL) methods. Specifically, we propose a benchmark for training and testing RL-based autonomous driving agents in complex intersection scenarios, which is called RL-CIS. Then, a set of baselines are deployed consists of various algorithms. The test benchmark and baselines are to provide a fair and comprehensive training and testing platform for the study of RL for autonomous driving in the intersection scenario, advancing the progress of RL-based methods for intersection autonomous driving control. The code of our proposed framework can be found at https://github.com/liuyuqi123/ComplexUrbanScenarios. 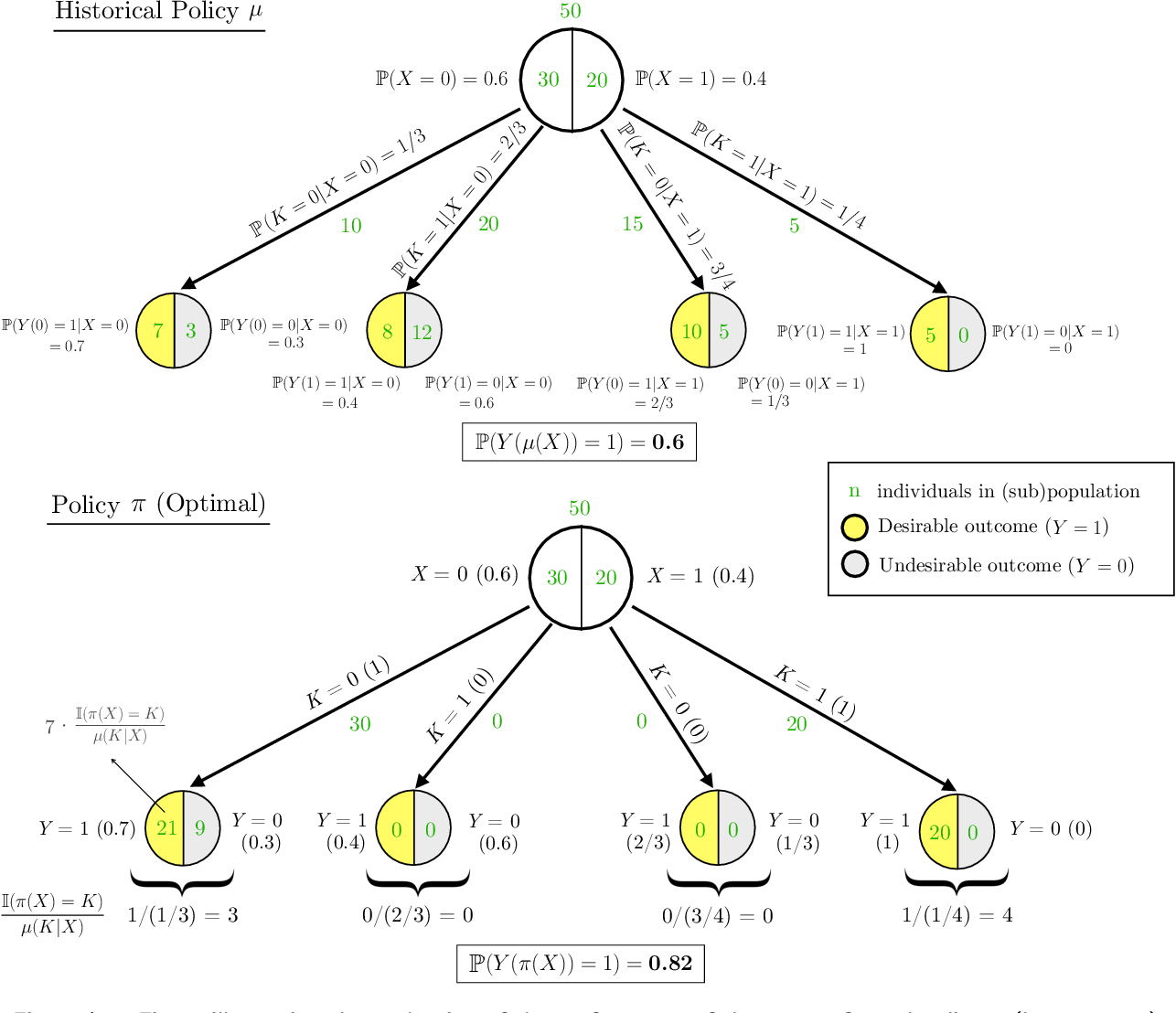 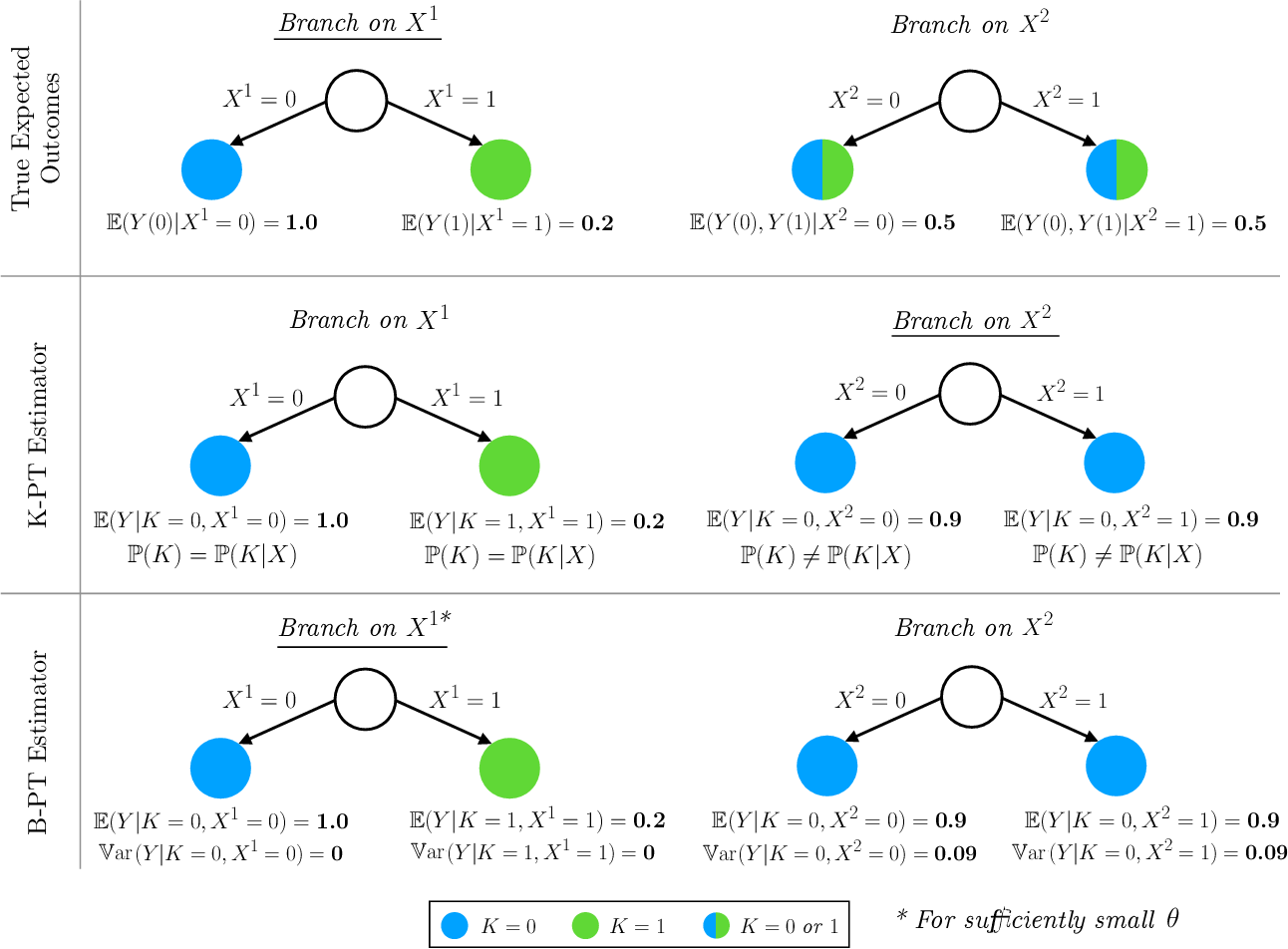 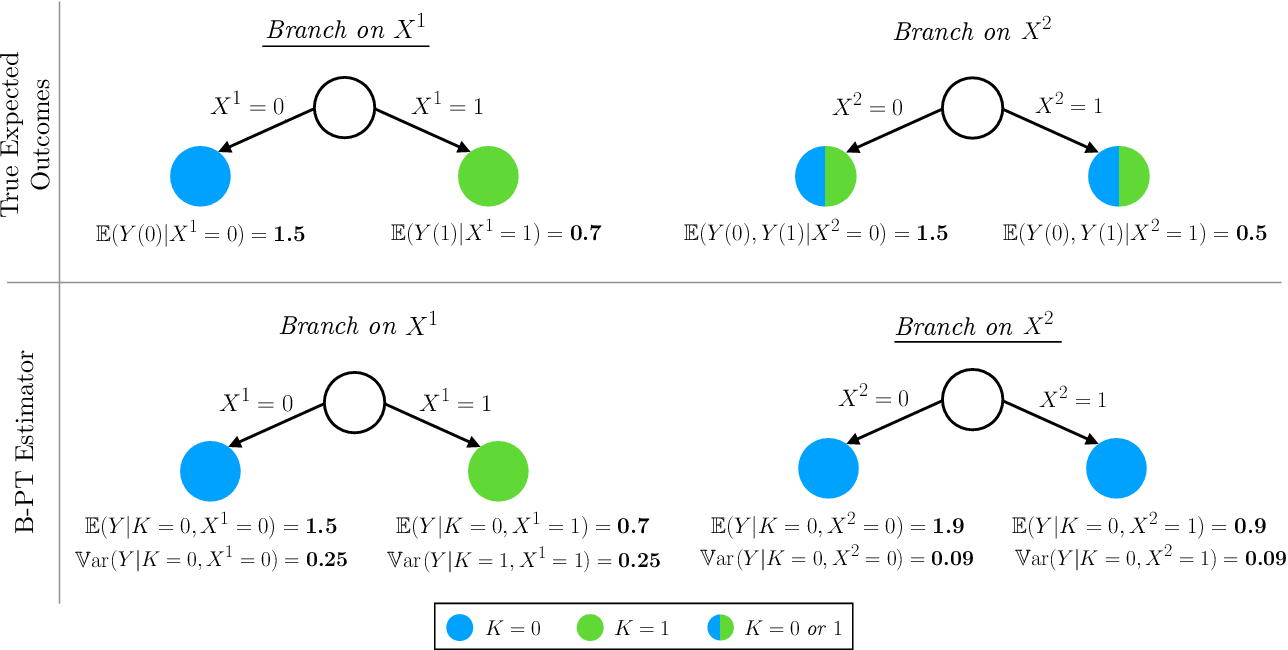 We consider the problem of learning an optimal prescriptive tree (i.e., a personalized treatment assignment policy in the form of a binary tree) of moderate depth, from observational data. This problem arises in numerous socially important domains such as public health and personalized medicine, where interpretable and data-driven interventions are sought based on data gathered in deployment, through passive collection of data, rather than from randomized trials. We propose a method for learning optimal prescriptive trees using mixed-integer optimization (MIO) technology. We show that under mild conditions our method is asymptotically exact in the sense that it converges to an optimal out-of-sample treatment assignment policy as the number of historical data samples tends to infinity. This sets us apart from existing literature on the topic which either requires data to be randomized or imposes stringent assumptions on the trees. Based on extensive computational experiments on both synthetic and real data, we demonstrate that our asymptotic guarantees translate to significant out-of-sample performance improvements even in finite samples. 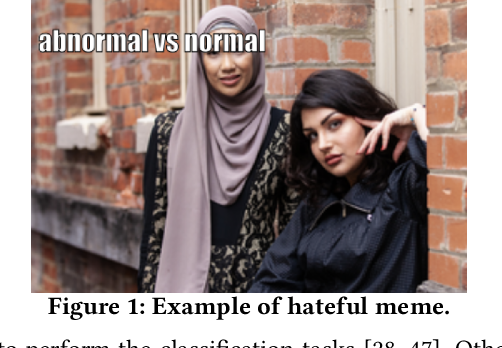 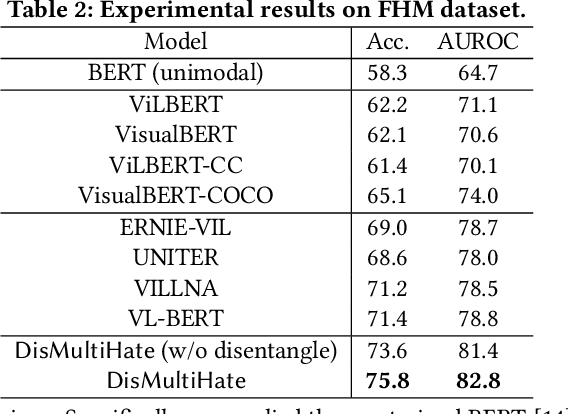 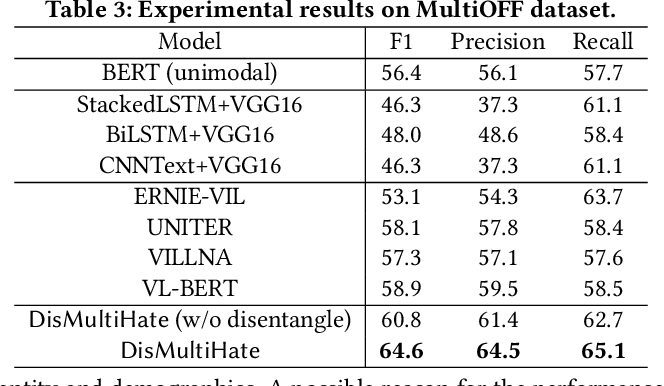 Parameter Selection: Why We Should Pay More Attention to It 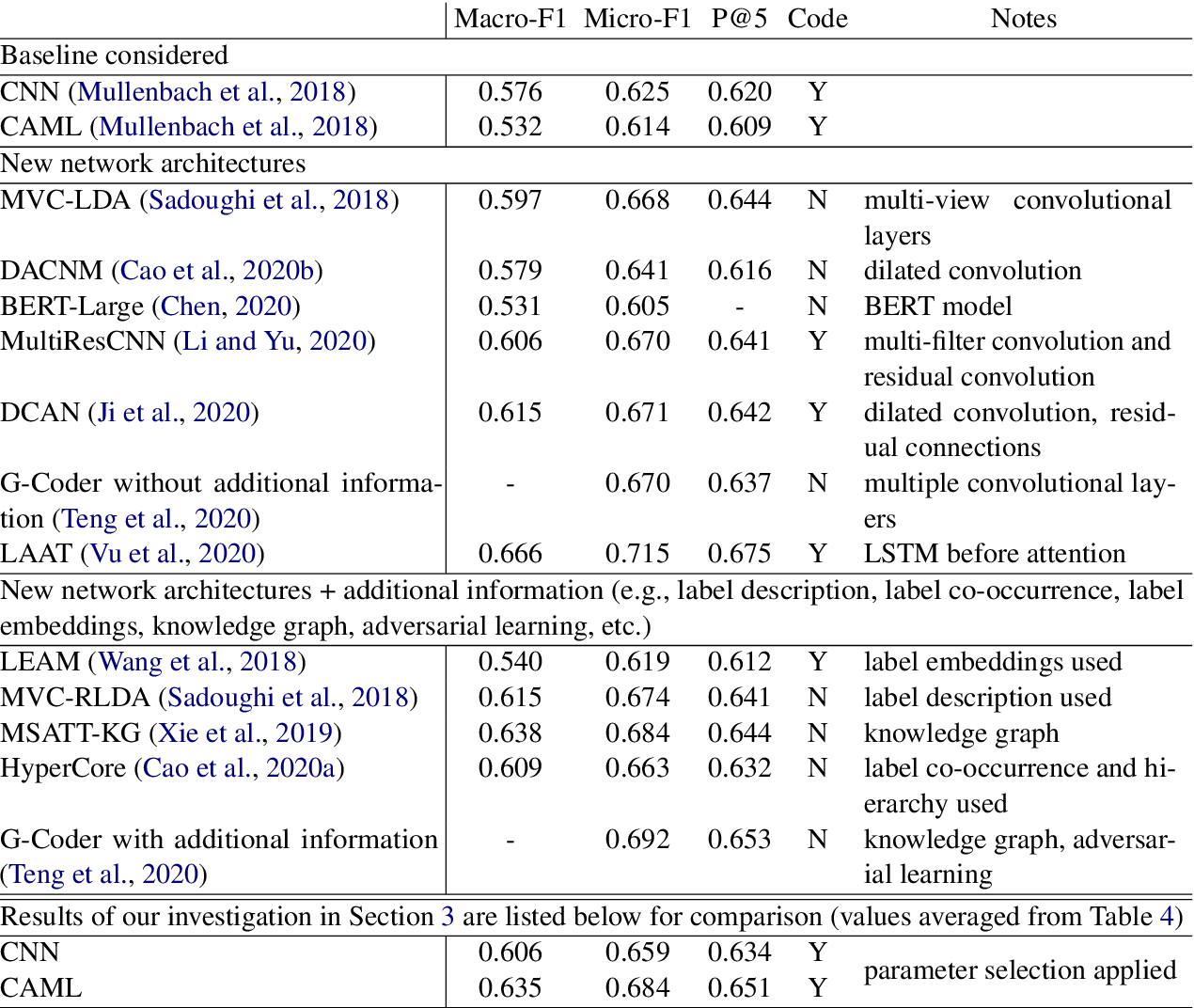 The importance of parameter selection in supervised learning is well known. However, due to the many parameter combinations, an incomplete or an insufficient procedure is often applied. This situation may cause misleading or confusing conclusions. In this opinion paper, through an intriguing example we point out that the seriousness goes beyond what is generally recognized. In the topic of multi-label classification for medical code prediction, one influential paper conducted a proper parameter selection on a set, but when moving to a subset of frequently occurring labels, the authors used the same parameters without a separate tuning. The set of frequent labels became a popular benchmark in subsequent studies, which kept pushing the state of the art. However, we discovered that most of the results in these studies cannot surpass the approach in the original paper if a parameter tuning had been conducted at the time. Thus it is unclear how much progress the subsequent developments have actually brought. The lesson clearly indicates that without enough attention on parameter selection, the research progress in our field can be uncertain or even illusive.

A General Framework for Learning Prosodic-Enhanced Representation of Rap Lyrics 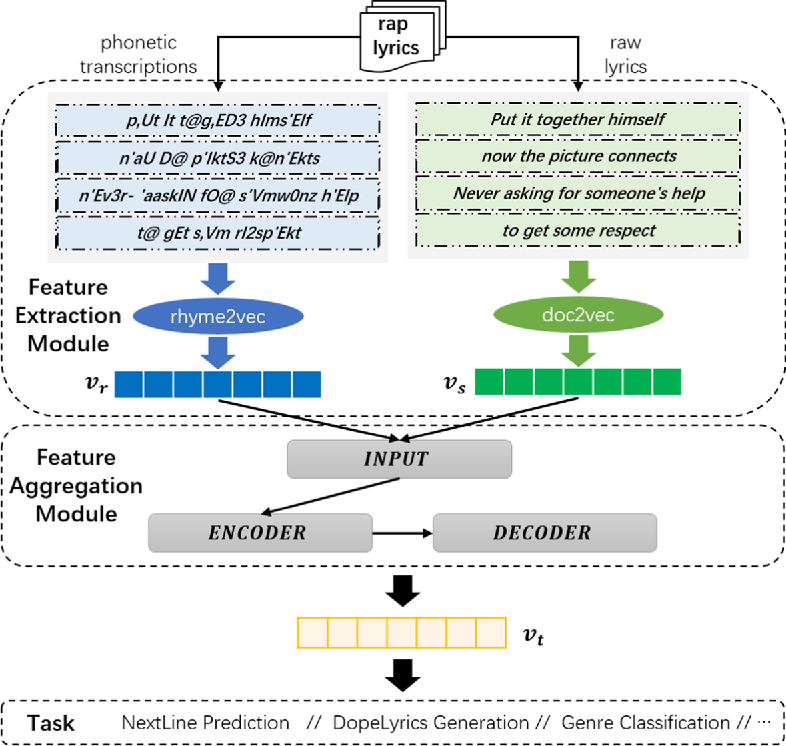 Learning and analyzing rap lyrics is a significant basis for many web applications, such as music recommendation, automatic music categorization, and music information retrieval, due to the abundant source of digital music in the World Wide Web. Although numerous studies have explored the topic, knowledge in this field is far from satisfactory, because critical issues, such as prosodic information and its effective representation, as well as appropriate integration of various features, are usually ignored. In this paper, we propose a hierarchical attention variational autoencoder framework (HAVAE), which simultaneously consider semantic and prosodic features for rap lyrics representation learning. Specifically, the representation of the prosodic features is encoded by phonetic transcriptions with a novel and effective strategy~(i.e., rhyme2vec). Moreover, a feature aggregation strategy is proposed to appropriately integrate various features and generate prosodic-enhanced representation. A comprehensive empirical evaluation demonstrates that the proposed framework outperforms the state-of-the-art approaches under various metrics in different rap lyrics learning tasks. 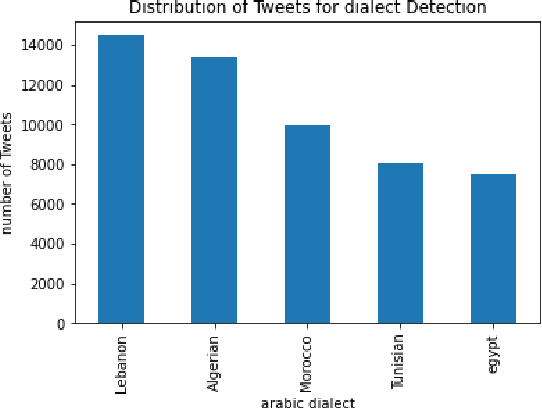 Natural Language Processing (NLP) is today a very active field of research and innovation. Many applications need however big sets of data for supervised learning, suitably labelled for the training purpose. This includes applications for the Arabic language and its national dialects. However, such open access labeled data sets in Arabic and its dialects are lacking in the Data Science ecosystem and this lack can be a burden to innovation and research in this field. In this work, we present an open data set of social data content in several Arabic dialects. This data was collected from the Twitter social network and consists on +50K twits in five (5) national dialects. Furthermore, this data was labeled for several applications, namely dialect detection, topic detection and sentiment analysis. We publish this data as an open access data to encourage innovation and encourage other works in the field of NLP for Arabic dialects and social media. A selection of models were built using this data set and are presented in this paper along with their performances. 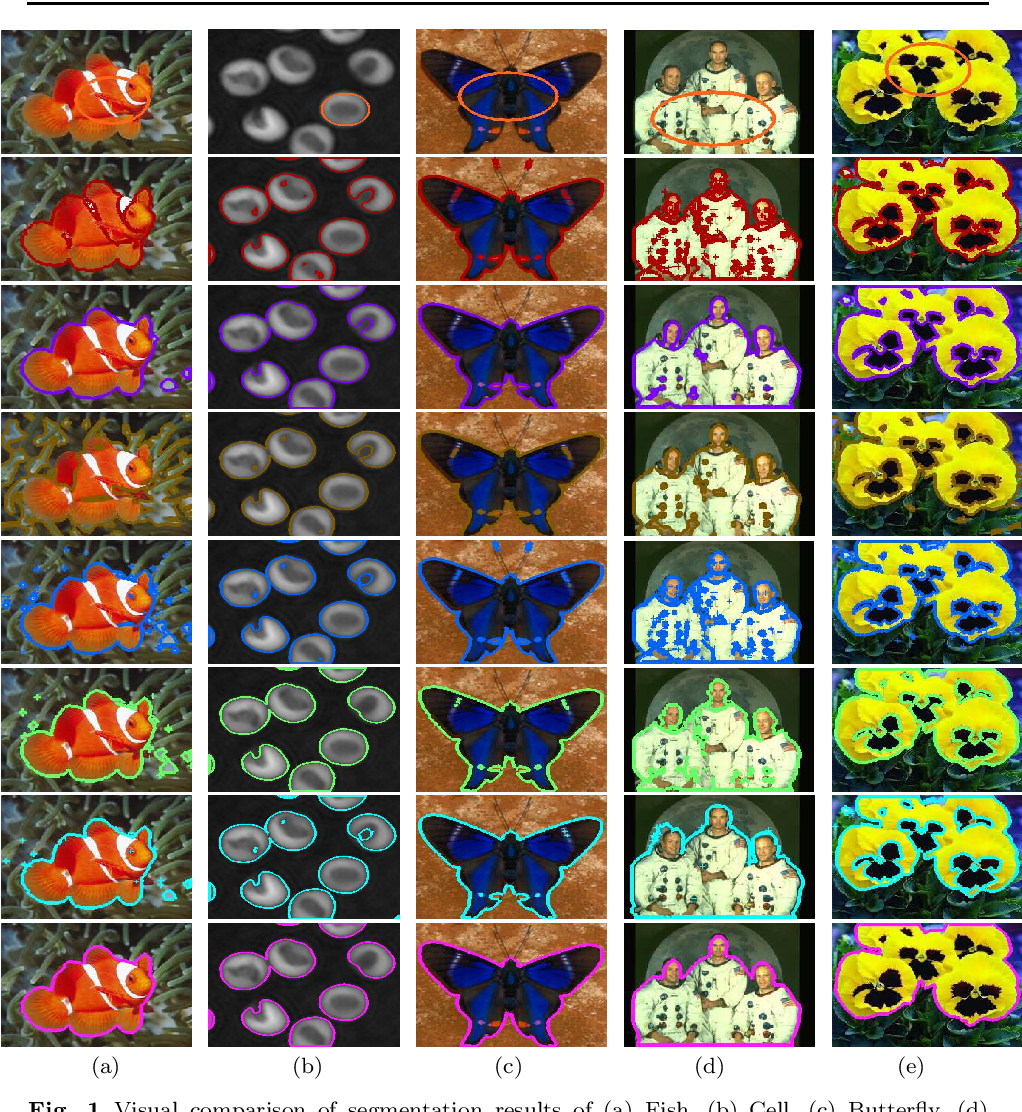 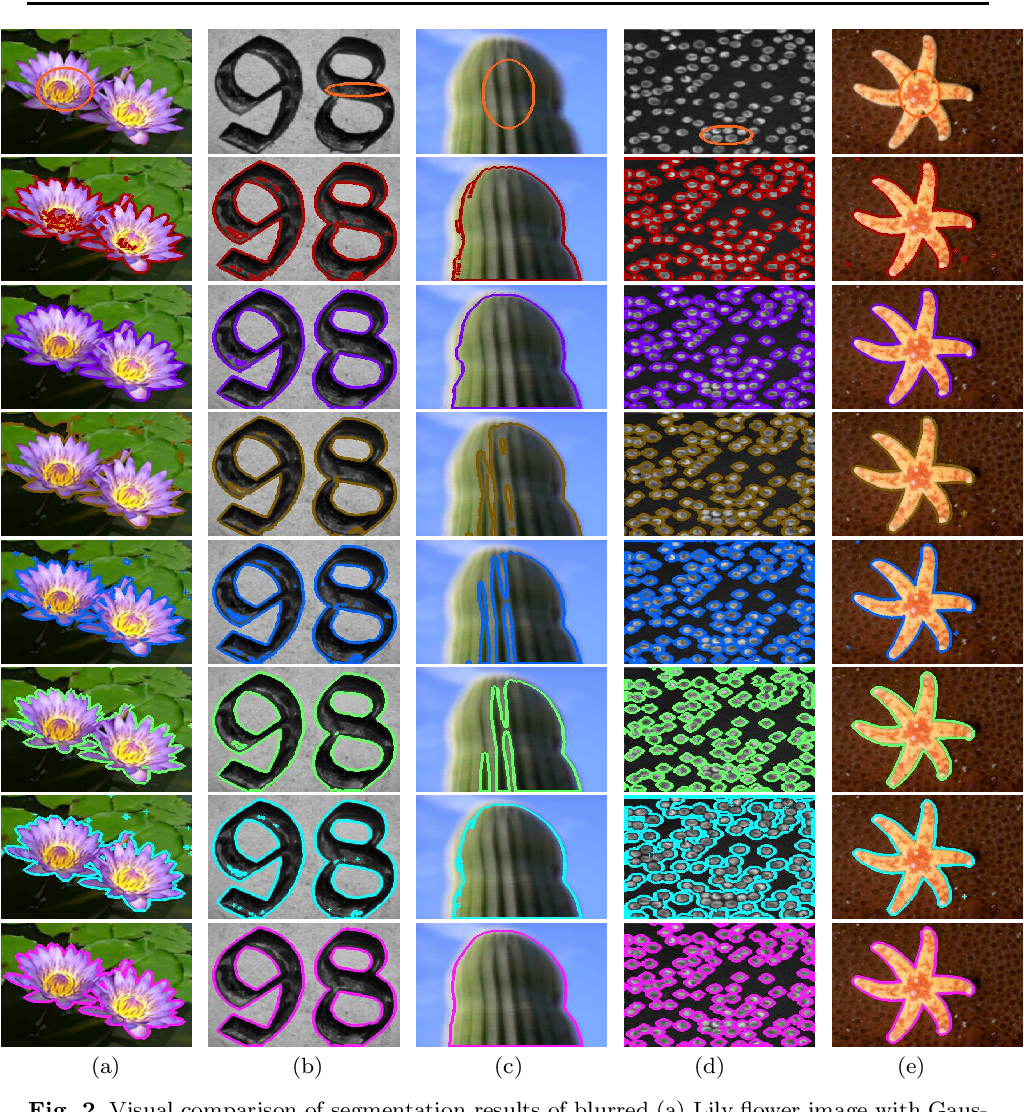 Image segmentation is the initial step for every image analysis task. A large variety of segmentation algorithm has been proposed in the literature during several decades with some mixed success. Among them, the fuzzy energy based active contour models get attention to the researchers during last decade which results in development of various methods. A good segmentation algorithm should perform well in a large number of images containing noise, blur, low contrast, region in-homogeneity, etc. However, the performances of the most of the existing fuzzy energy based active contour models have been evaluated typically on the limited number of images. In this article, our aim is to review the existing fuzzy active contour models from the theoretical point of view and also evaluate them experimentally on a large set of images under the various conditions. The analysis under a large variety of images provides objective insight into the strengths and weaknesses of various fuzzy active contour models. Finally, we discuss several issues and future research direction on this particular topic.

The abundance of multimodal data (e.g. social media posts) has inspired interest in cross-modal retrieval methods. Popular approaches rely on a variety of metric learning losses, which prescribe what the proximity of image and text should be, in the learned space. However, most prior methods have focused on the case where image and text convey redundant information; in contrast, real-world image-text pairs convey complementary information with little overlap. Further, images in news articles and media portray topics in a visually diverse fashion; thus, we need to take special care to ensure a meaningful image representation. We propose novel within-modality losses which encourage semantic coherency in both the text and image subspaces, which does not necessarily align with visual coherency. Our method ensures that not only are paired images and texts close, but the expected image-image and text-text relationships are also observed. Our approach improves the results of cross-modal retrieval on four datasets compared to five baselines.


* Proceedings of the European Conference on Computer Vision (ECCV) 2020 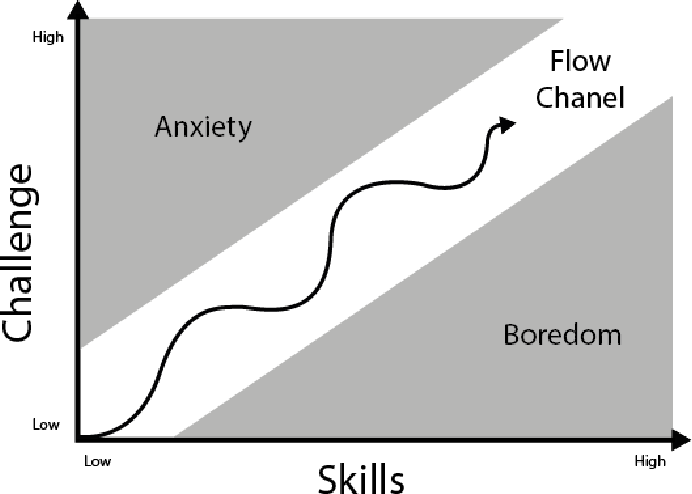 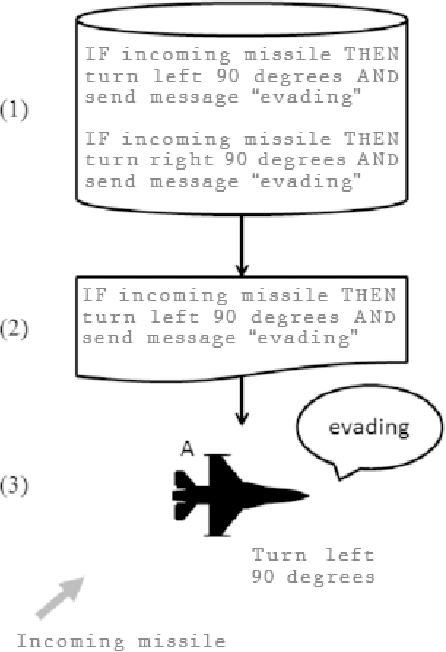 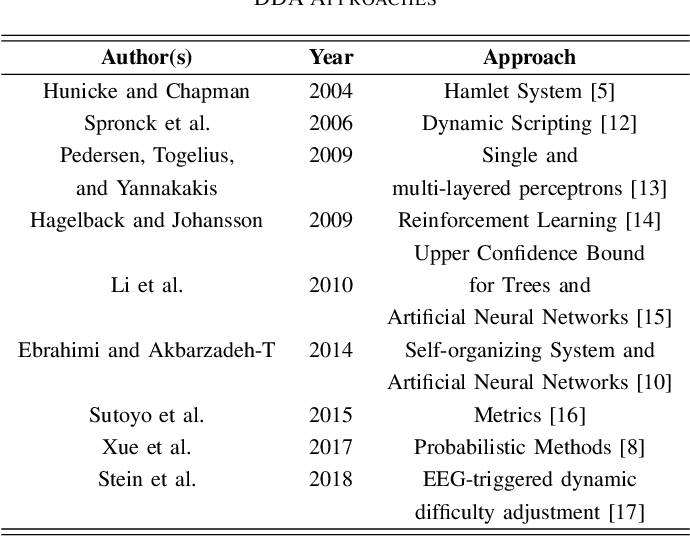 Videogames are nowadays one of the biggest entertainment industries in the world. Being part of this industry means competing against lots of other companies and developers, thus, making fanbases of vital importance. They are a group of clients that constantly support your company because your video games are fun. Videogames are most entertaining when the difficulty level is a good match for the player's skill, increasing the player engagement. However, not all players are equally proficient, so some kind of difficulty selection is required. In this paper, we will present Dynamic Difficulty Adjustment (DDA), a recently arising research topic, which aims to develop an automated difficulty selection mechanism that keeps the player engaged and properly challenged, neither bored nor overwhelmed. We will present some recent research addressing this issue, as well as an overview of how to implement it. Satisfactorily solving the DDA problem directly affects the player's experience when playing the game, making it of high interest to any game developer, from independent ones, to 100 billion dollar businesses, because of the potential impacts in player retention and monetization.