This paper presents the most comprehensive analysis of iris recognition reliability in the occurrence of various biological processes happening naturally and pathologically in the human body, including aging, illnesses, and post-mortem changes to date. Insightful conclusions are offered in relation to all three of these aspects. Extensive regression analysis of the template aging phenomenon shows that differences in pupil dilation, combined with certain quality factors of the sample image and the progression of time itself can significantly degrade recognition accuracy. Impactful effects can also be observed when iris recognition is employed with eyes affected by certain eye pathologies or (even more) with eyes of the deceased subjects. Notably, appropriate databases are delivered to the biometric community to stimulate further research in these utterly important areas of iris biometrics studies. Finally, some open questions are stated to inspire further discussions and research on these important topics. To Authors' best knowledge, this is the only scientific study of iris recognition reliability of such a broad scope and novelty. 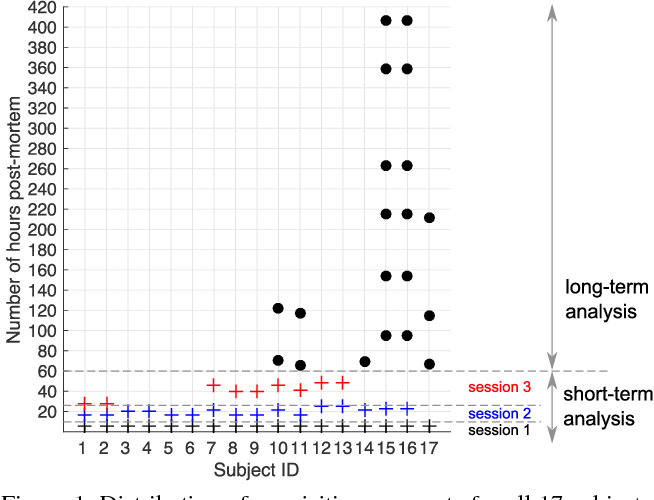 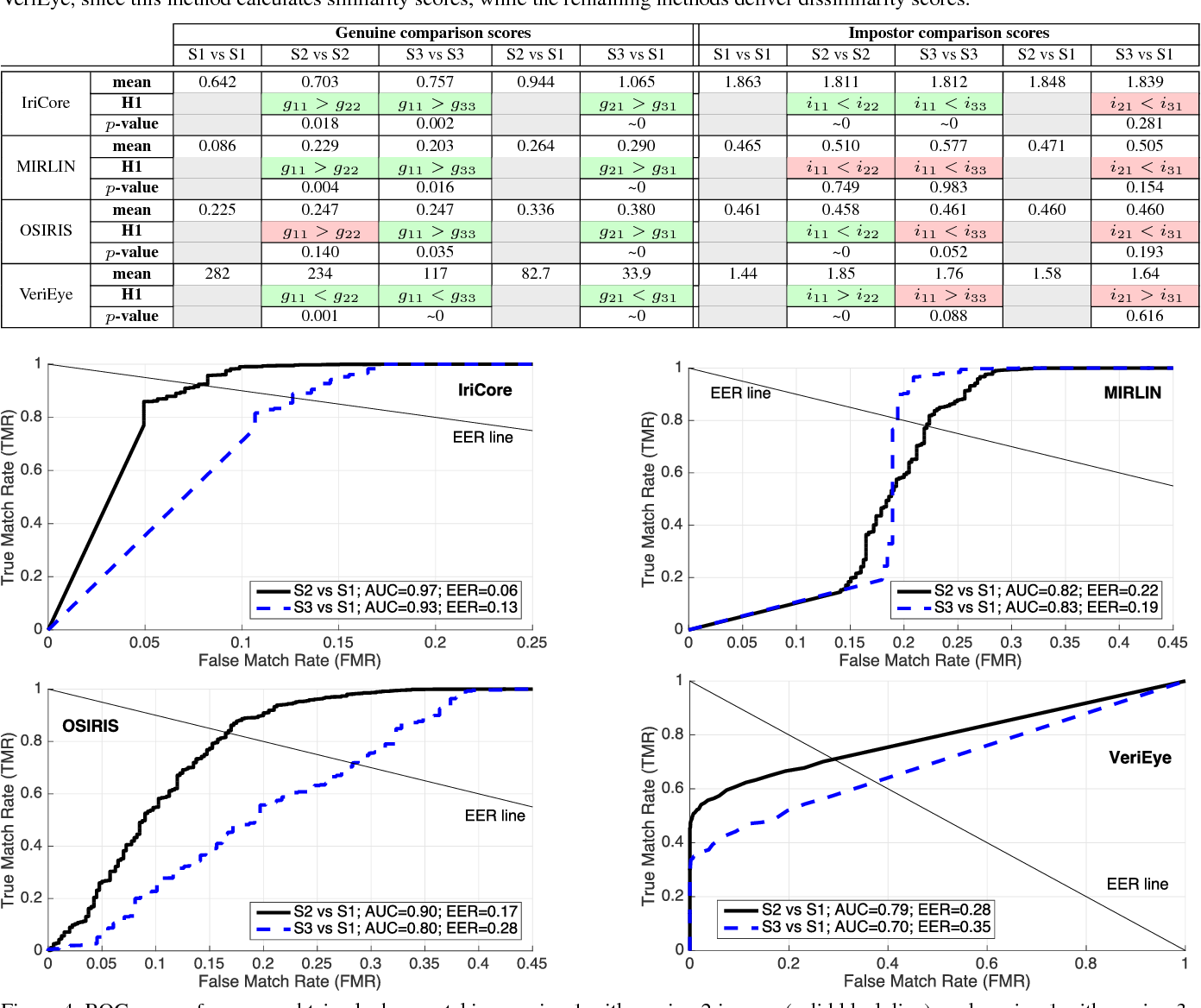 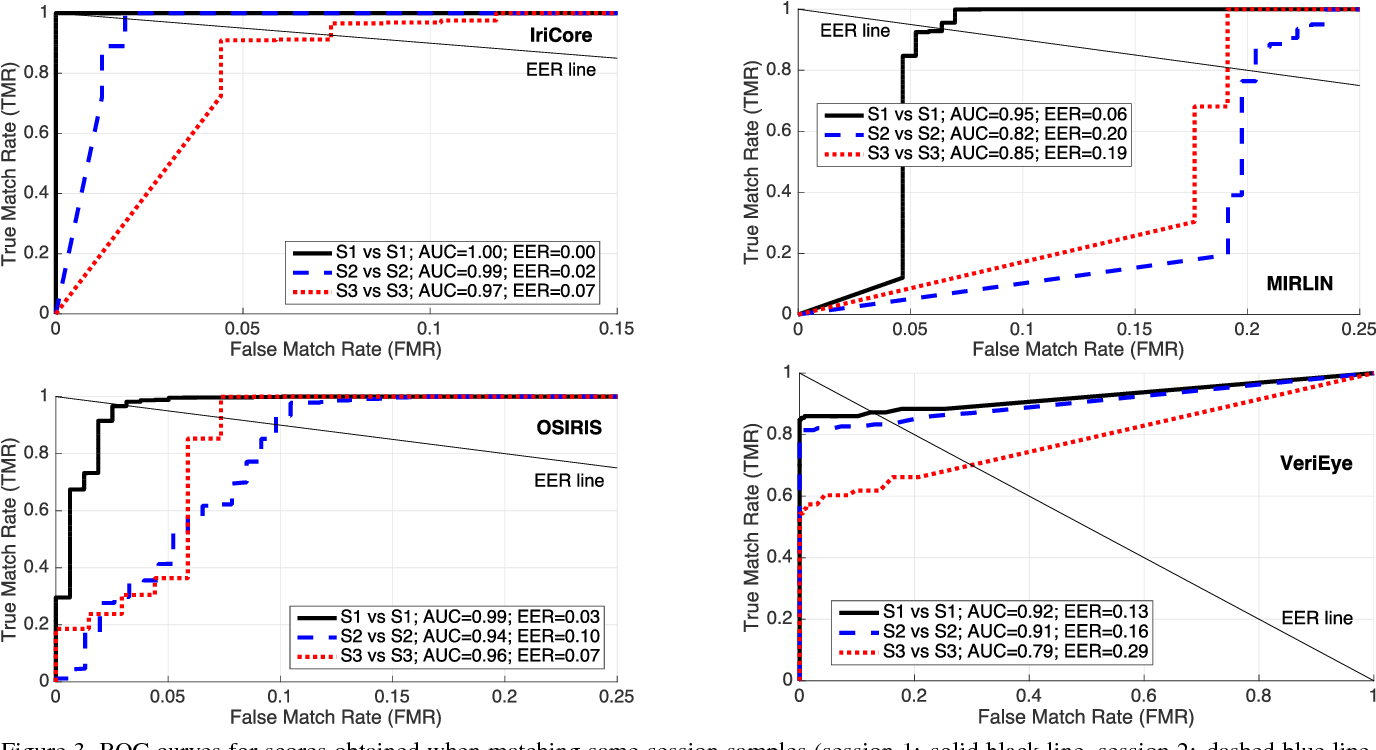 This paper presents a unique study of post-mortem human iris recognition and the first known to us database of near-infrared and visible-light iris images of deceased humans collected up to almost 17 days after death. We used four different iris recognition methods to analyze the dynamics of iris quality decay in short-term comparisons (samples collected up to 60 hours after death) and long-term comparisons (for samples acquired up to 407 hours after demise). This study shows that post-mortem iris recognition is possible and occasionally works even 17 days after death. These conclusions contradict a promulgated rumor that iris is unusable shortly after decease. We make this dataset publicly available to let others verify our findings and to research new aspects of this important and unfamiliar topic. We are not aware of any earlier papers offering post-mortem human iris images and such comprehensive analysis employing four different matchers. 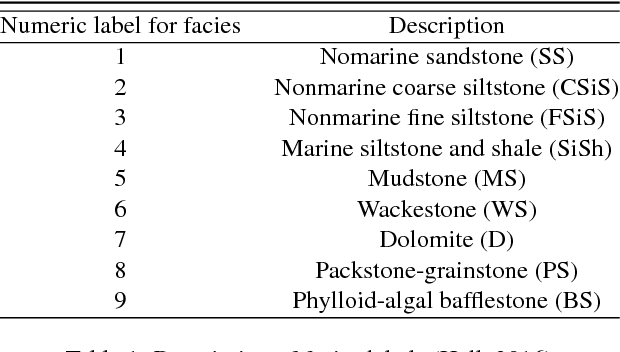 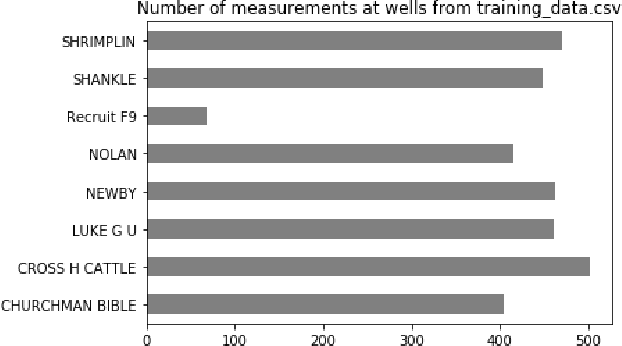 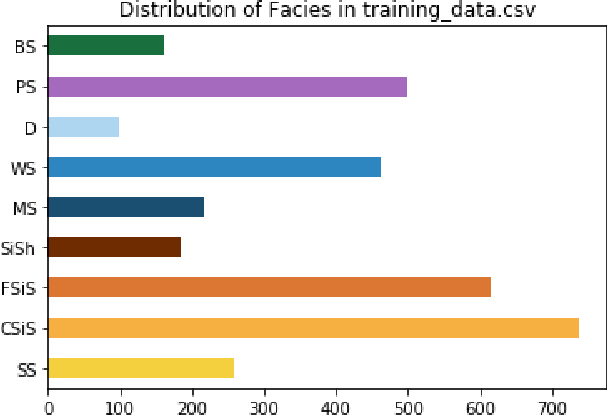 With recent progress in algorithms and the availability of massive amounts of computation power, application of machine learning techniques is becoming a hot topic in the oil and gas industry. One of the most promising aspects to apply machine learning to the upstream field is the rock facies classification in reservoir characterization, which is crucial in determining the net pay thickness of reservoirs, thus a definitive factor in drilling decision making process. For complex machine learning tasks like facies classification, feature engineering is often critical. This paper shows the inclusion of physics-motivated feature interaction in feature augmentation can further improve the capability of machine learning in rock facies classification. We demonstrate this approach with the SEG 2016 machine learning contest dataset and the top winning algorithms. The improvement is roboust and can be $\sim5\%$ better than current existing best F-1 score, where F-1 is an evaluation metric used to quantify average prediction accuracy.

A Corpus of English-Hindi Code-Mixed Tweets for Sarcasm Detection 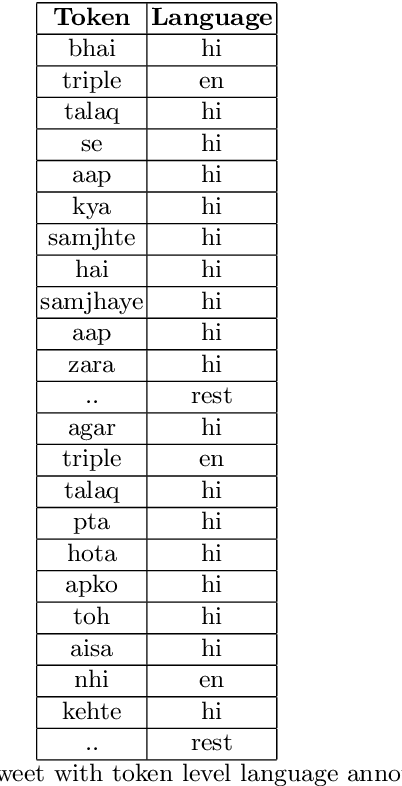 Social media platforms like twitter and facebook have be- come two of the largest mediums used by people to express their views to- wards different topics. Generation of such large user data has made NLP tasks like sentiment analysis and opinion mining much more important. Using sarcasm in texts on social media has become a popular trend lately. Using sarcasm reverses the meaning and polarity of what is implied by the text which poses challenge for many NLP tasks. The task of sarcasm detection in text is gaining more and more importance for both commer- cial and security services. We present the first English-Hindi code-mixed dataset of tweets marked for presence of sarcasm and irony where each token is also annotated with a language tag. We present a baseline su- pervised classification system developed using the same dataset which achieves an average F-score of 78.4 after using random forest classifier and performing 10-fold cross validation. 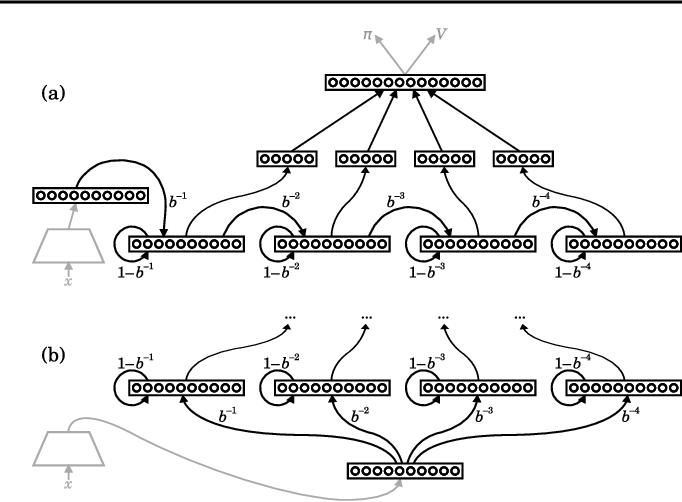 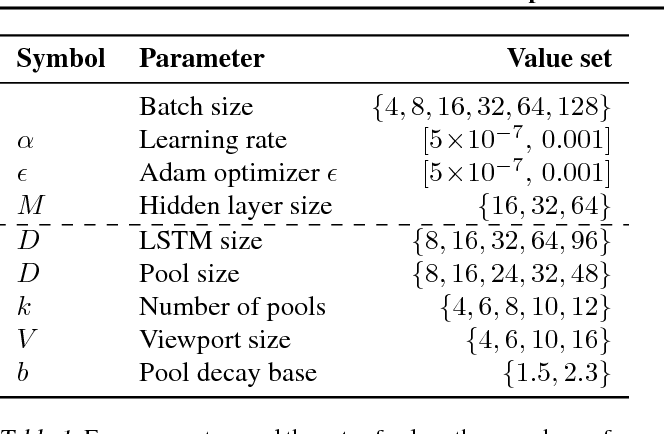 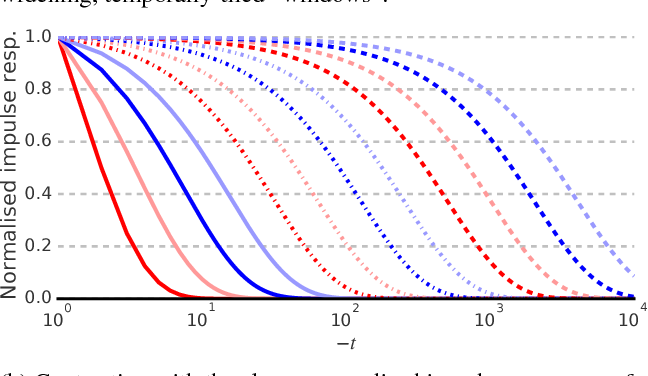 Reinforcement learning (RL) agents performing complex tasks must be able to remember observations and actions across sizable time intervals. This is especially true during the initial learning stages, when exploratory behaviour can increase the delay between specific actions and their effects. Many new or popular approaches for learning these distant correlations employ backpropagation through time (BPTT), but this technique requires storing observation traces long enough to span the interval between cause and effect. Besides memory demands, learning dynamics like vanishing gradients and slow convergence due to infrequent weight updates can reduce BPTT's practicality; meanwhile, although online recurrent network learning is a developing topic, most approaches are not efficient enough to use as replacements. We propose a simple, effective memory strategy that can extend the window over which BPTT can learn without requiring longer traces. We explore this approach empirically on a few tasks and discuss its implications.

With rapid advancements in the area of mobile robotics and industrial automation, a growing need has arisen towards accurate navigation and localization of moving objects. Camera based motion estimation is one such technique which is gaining huge popularity owing to its simplicity and use of limited resources in generating motion path. In this paper, an attempt is made to introduce this topic for beginners covering different aspects of vision based motion estimation task. The evolution of VO schemes over last few decades is discussed under two broad categories, that is, geometric and non-geometric approaches. The geometric approaches are further detailed under three different classes, that is, feature-based, appearance-based, and a hybrid of feature and appearance based schemes. The non-geometric approach is one of the recent paradigm shift from conventional pose estimation technique and is thus discussed in a separate section. Towards the end, a list of different datasets for visual odometry and allied research areas are provided for a ready reference. 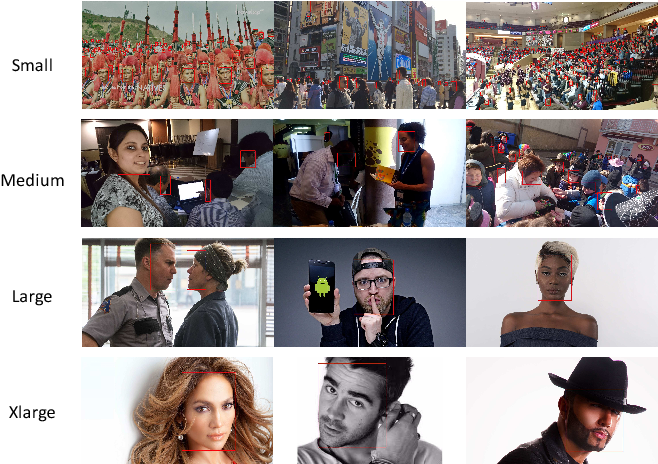 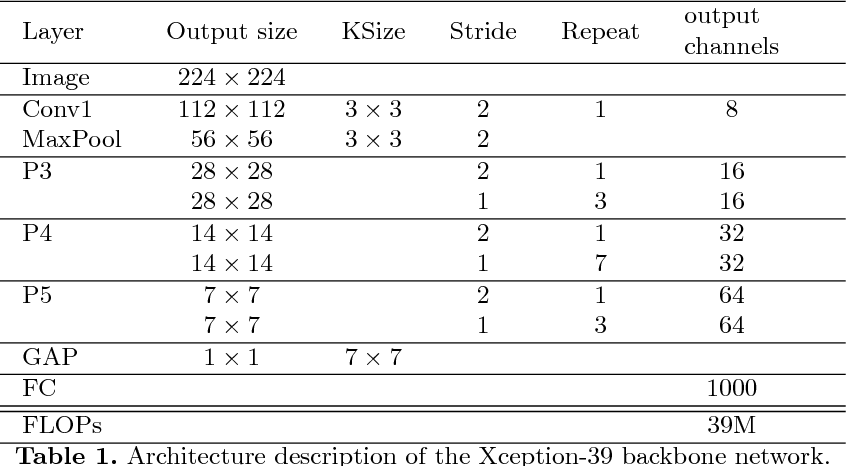 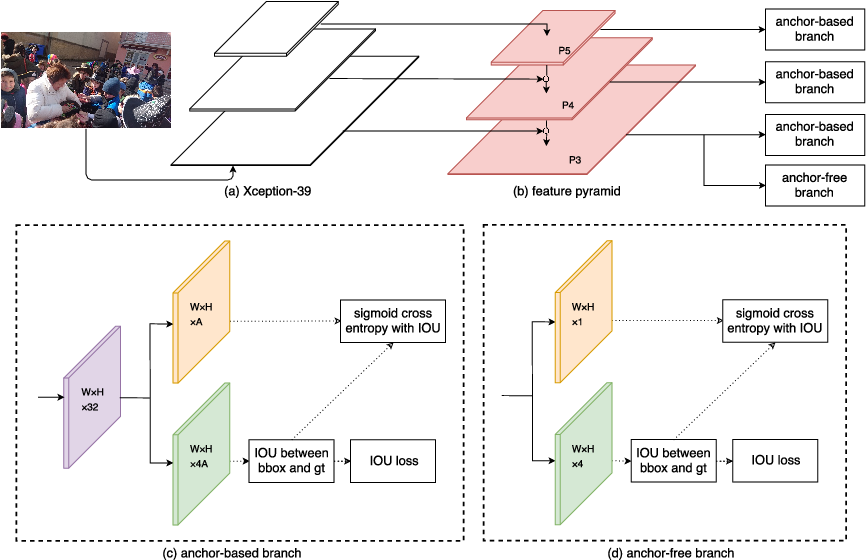 Face detection serves as a fundamental research topic for many applications like face recognition. Impressive progress has been made especially with the recent development of convolutional neural networks. However, the issue of large scale variations, which widely exists in high resolution images/videos, has not been well addressed in the literature. In this paper, we present a novel algorithm called SFace, which efficiently integrates the anchor-based method and anchor-free method to address the scale issues. A new dataset called 4K-Face is also introduced to evaluate the performance of face detection with extreme large scale variations. The SFace architecture shows promising results on the new 4K-Face benchmarks. In addition, our method can run at 50 frames per second (fps) with an accuracy of 80% AP on the standard WIDER FACE dataset, which outperforms the state-of-art algorithms by almost one order of magnitude in speed while achieves comparative performance. 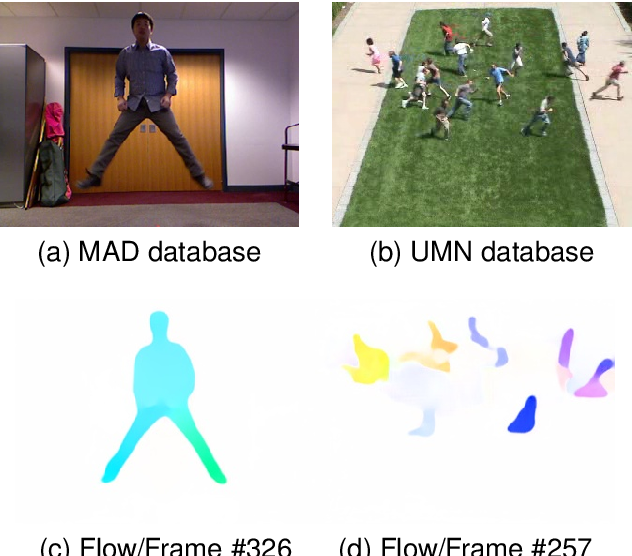 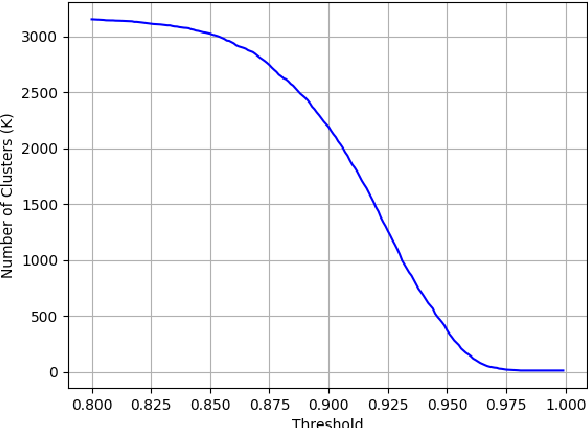 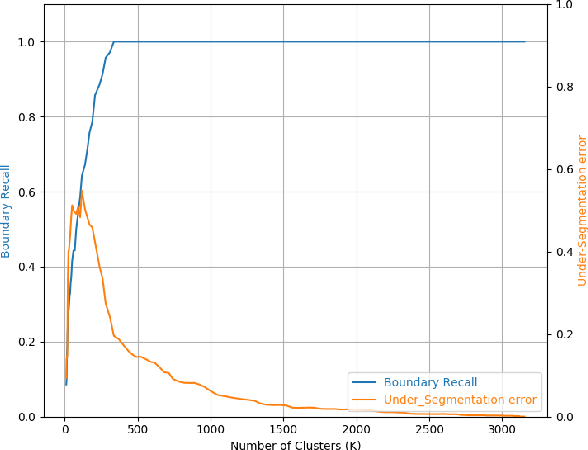 The goal of video segmentation is to turn video data into a set of concrete motion clusters that can be easily interpreted as building blocks of the video. There are some works on similar topics like detecting scene cuts in a video, but there is few specific research on clustering video data into the desired number of compact segments. It would be more intuitive, and more efficient, to work with perceptually meaningful entity obtained from a low-level grouping process which we call it superframe. This paper presents a new simple and efficient technique to detect superframes of similar content patterns in videos. We calculate the similarity of content-motion to obtain the strength of change between consecutive frames. With the help of existing optical flow technique using deep models, the proposed method is able to perform more accurate motion estimation efficiently. We also propose two criteria for measuring and comparing the performance of different algorithms on various databases. Experimental results on the videos from benchmark databases have demonstrated the effectiveness of the proposed method.

Automatic classification of Human Epithelial Type-2 (HEp-2) cells staining patterns is an important and yet a challenging problem. Although both shallow and deep methods have been applied, the study of deep convolutional networks (CNNs) on this topic is shallow to date, thus failed to claim its top position for this problem. In this paper, we propose a novel study of using CNNs for HEp-2 cells classification focusing on cross-specimen analysis, a key evaluation for generalization. For the first time, our study reveals several key factors of using CNNs for HEp-2 cells classification. Our proposed system achieves state-of-the-art classification accuracy on public benchmark dataset. Comparative experiments on different training data reveals that adding different specimens,rather than increasing in numbers by affine transformations, helps to train a good deep model. This opens a new avenue for adopting deep CNNs to HEp-2 cells classification. 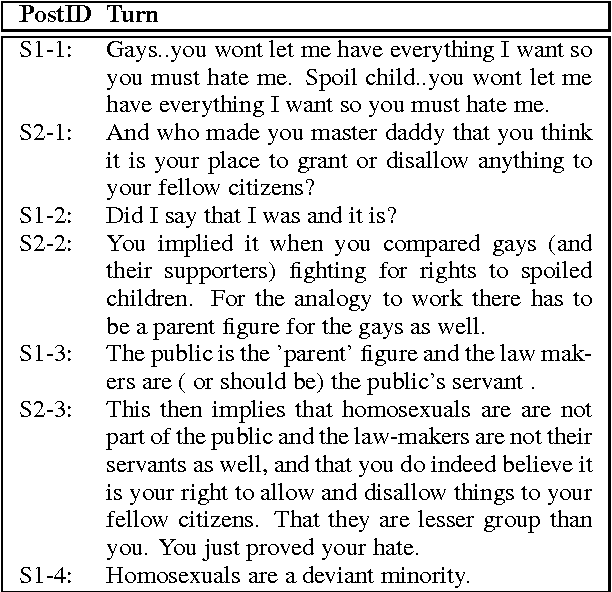 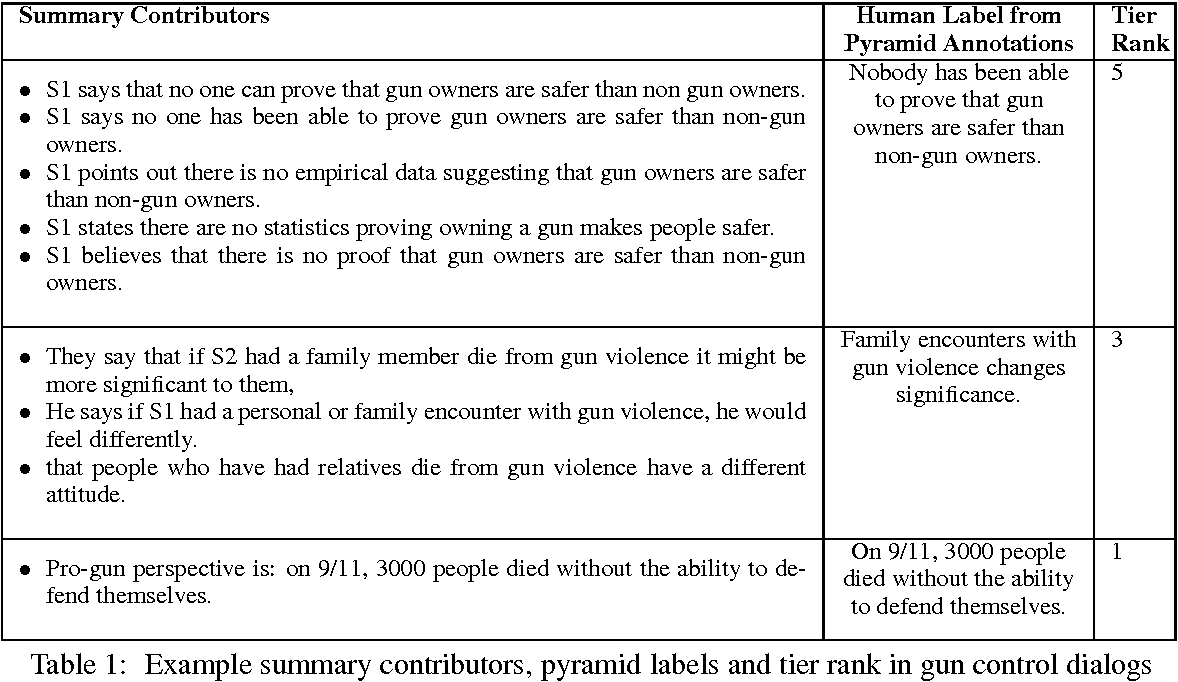 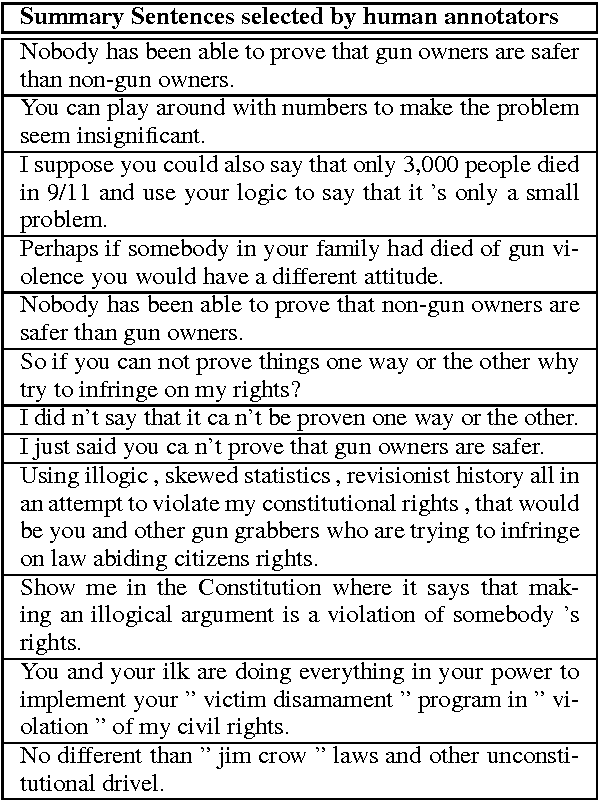 Online argumentative dialog is a rich source of information on popular beliefs and opinions that could be useful to companies as well as governmental or public policy agencies. Compact, easy to read, summaries of these dialogues would thus be highly valuable. A priori, it is not even clear what form such a summary should take. Previous work on summarization has primarily focused on summarizing written texts, where the notion of an abstract of the text is well defined. We collect gold standard training data consisting of five human summaries for each of 161 dialogues on the topics of Gay Marriage, Gun Control and Abortion. We present several different computational models aimed at identifying segments of the dialogues whose content should be used for the summary, using linguistic features and Word2vec features with both SVMs and Bidirectional LSTMs. We show that we can identify the most important arguments by using the dialog context with a best F-measure of 0.74 for gun control, 0.71 for gay marriage, and 0.67 for abortion.