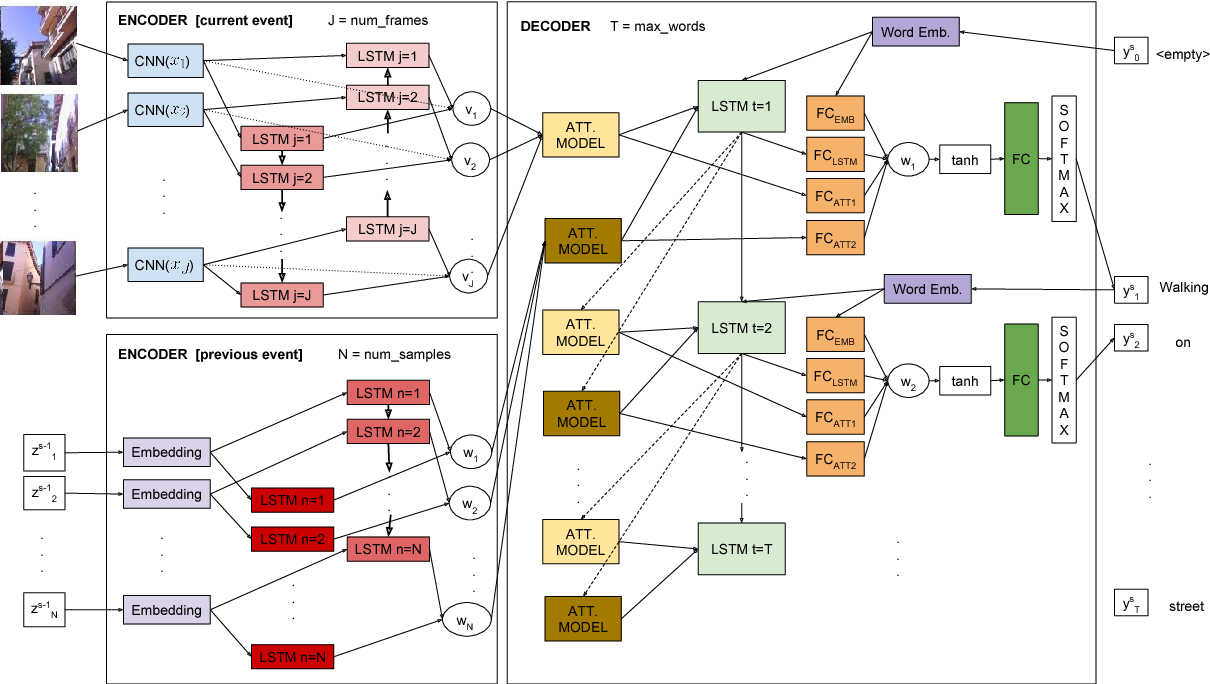 Egocentric vision consists in acquiring images along the day from a first person point-of-view using wearable cameras. The automatic analysis of this information allows to discover daily patterns for improving the quality of life of the user. A natural topic that arises in egocentric vision is storytelling, that is, how to understand and tell the story relying behind the pictures. In this paper, we tackle storytelling as an egocentric sequences description problem. We propose a novel methodology that exploits information from temporally neighboring events, matching precisely the nature of egocentric sequences. Furthermore, we present a new method for multimodal data fusion consisting on a multi-input attention recurrent network. We also publish the first dataset for egocentric image sequences description, consisting of 1,339 events with 3,991 descriptions, from 55 days acquired by 11 people. Furthermore, we prove that our proposal outperforms classical attentional encoder-decoder methods for video description. 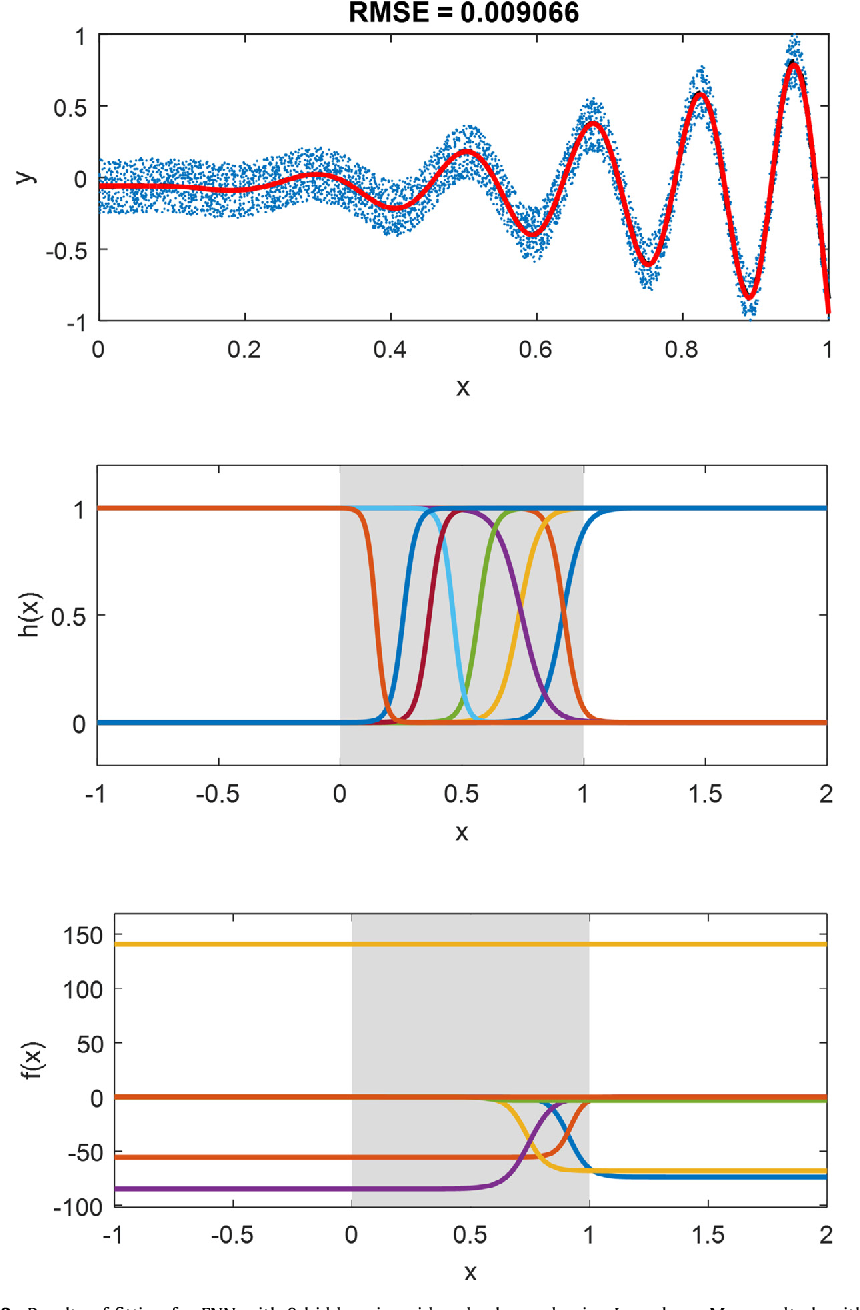 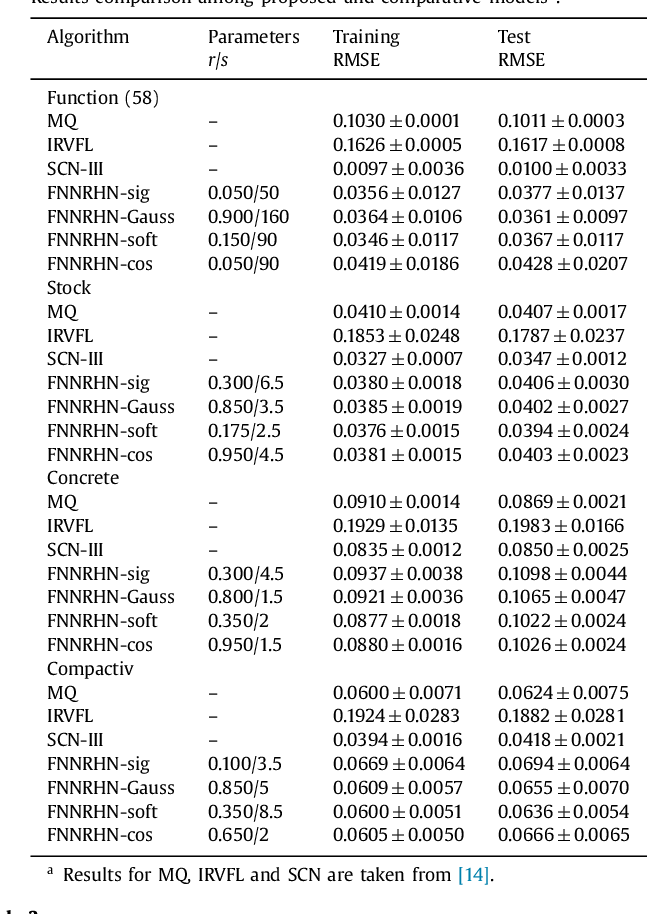 Neural networks with random hidden nodes have gained increasing interest from researchers and practical applications. This is due to their unique features such as very fast training and universal approximation property. In these networks the weights and biases of hidden nodes determining the nonlinear feature mapping are set randomly and are not learned. Appropriate selection of the intervals from which weights and biases are selected is extremely important. This topic has not yet been sufficiently explored in the literature. In this work a method of generating random weights and biases is proposed. This method generates the parameters of the hidden nodes in such a way that nonlinear fragments of the activation functions are located in the input space regions with data and can be used to construct the surface approximating a nonlinear target function. The weights and biases are dependent on the input data range and activation function type. The proposed methods allows us to control the generalization degree of the model. These all lead to improvement in approximation performance of the network. Several experiments show very promising results. 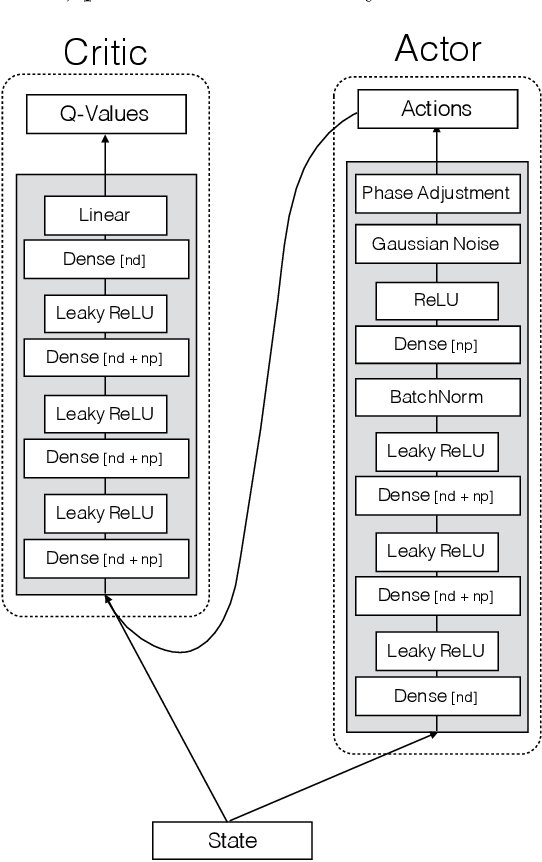 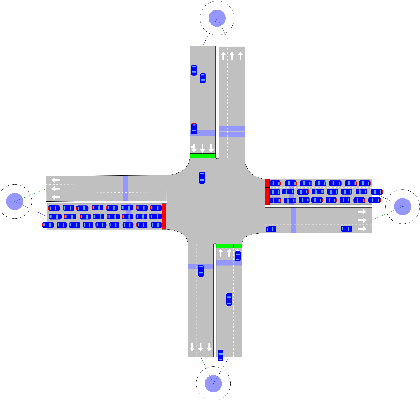 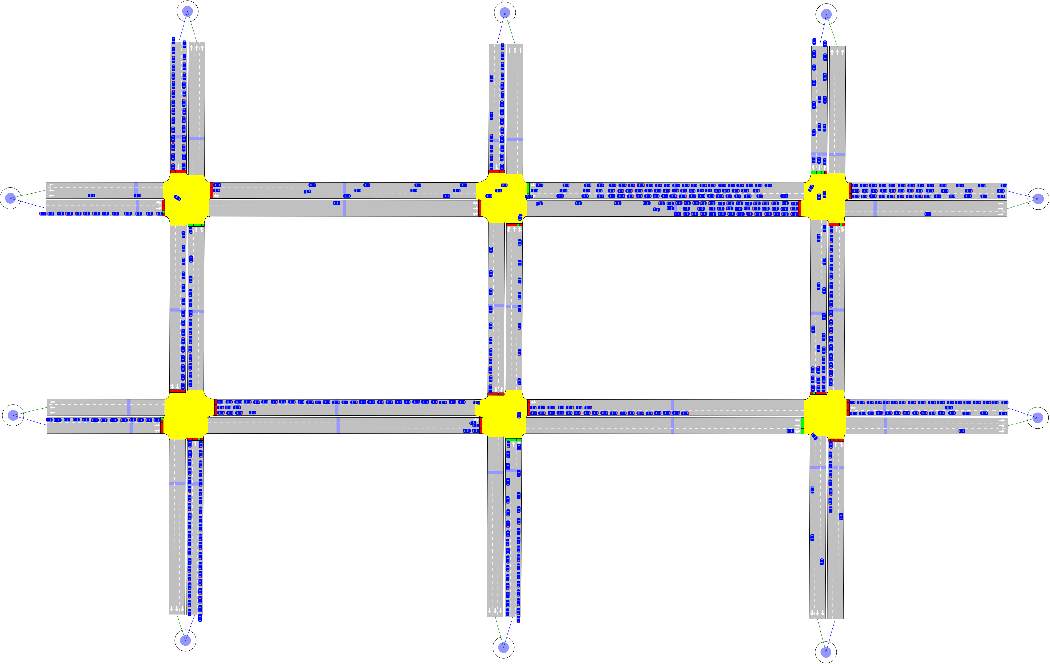 Traffic light timing optimization is still an active line of research despite the wealth of scientific literature on the topic, and the problem remains unsolved for any non-toy scenario. One of the key issues with traffic light optimization is the large scale of the input information that is available for the controlling agent, namely all the traffic data that is continually sampled by the traffic detectors that cover the urban network. This issue has in the past forced researchers to focus on agents that work on localized parts of the traffic network, typically on individual intersections, and to coordinate every individual agent in a multi-agent setup. In order to overcome the large scale of the available state information, we propose to rely on the ability of deep Learning approaches to handle large input spaces, in the form of Deep Deterministic Policy Gradient (DDPG) algorithm. We performed several experiments with a range of models, from the very simple one (one intersection) to the more complex one (a big city section). 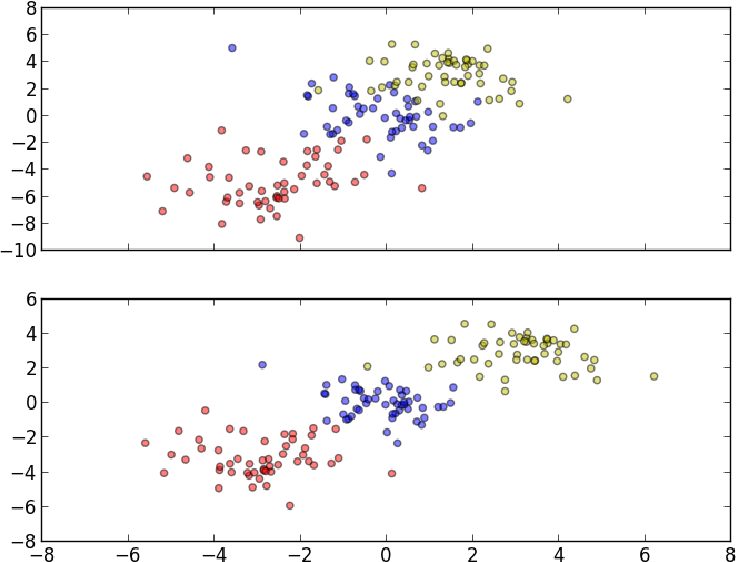 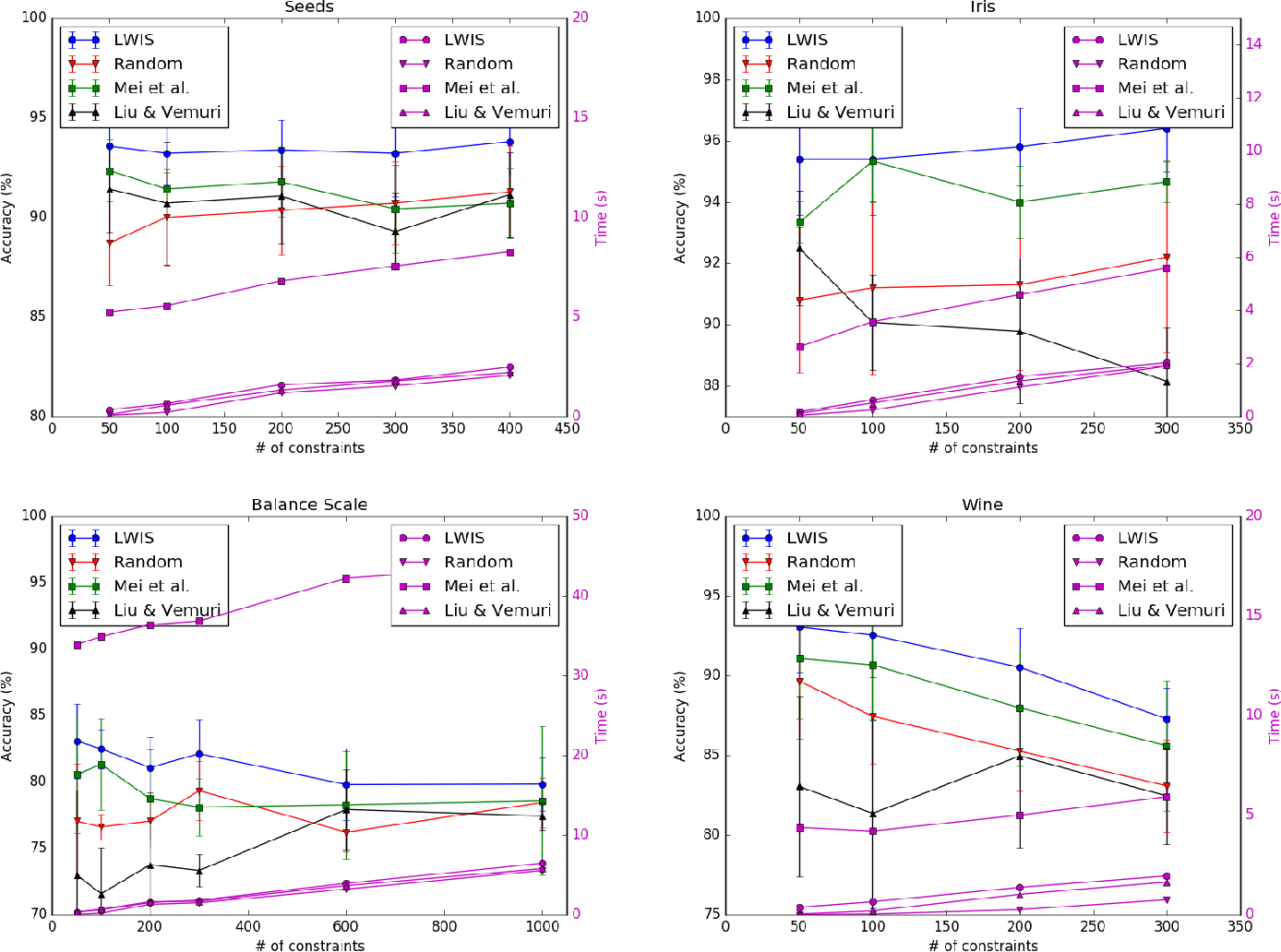 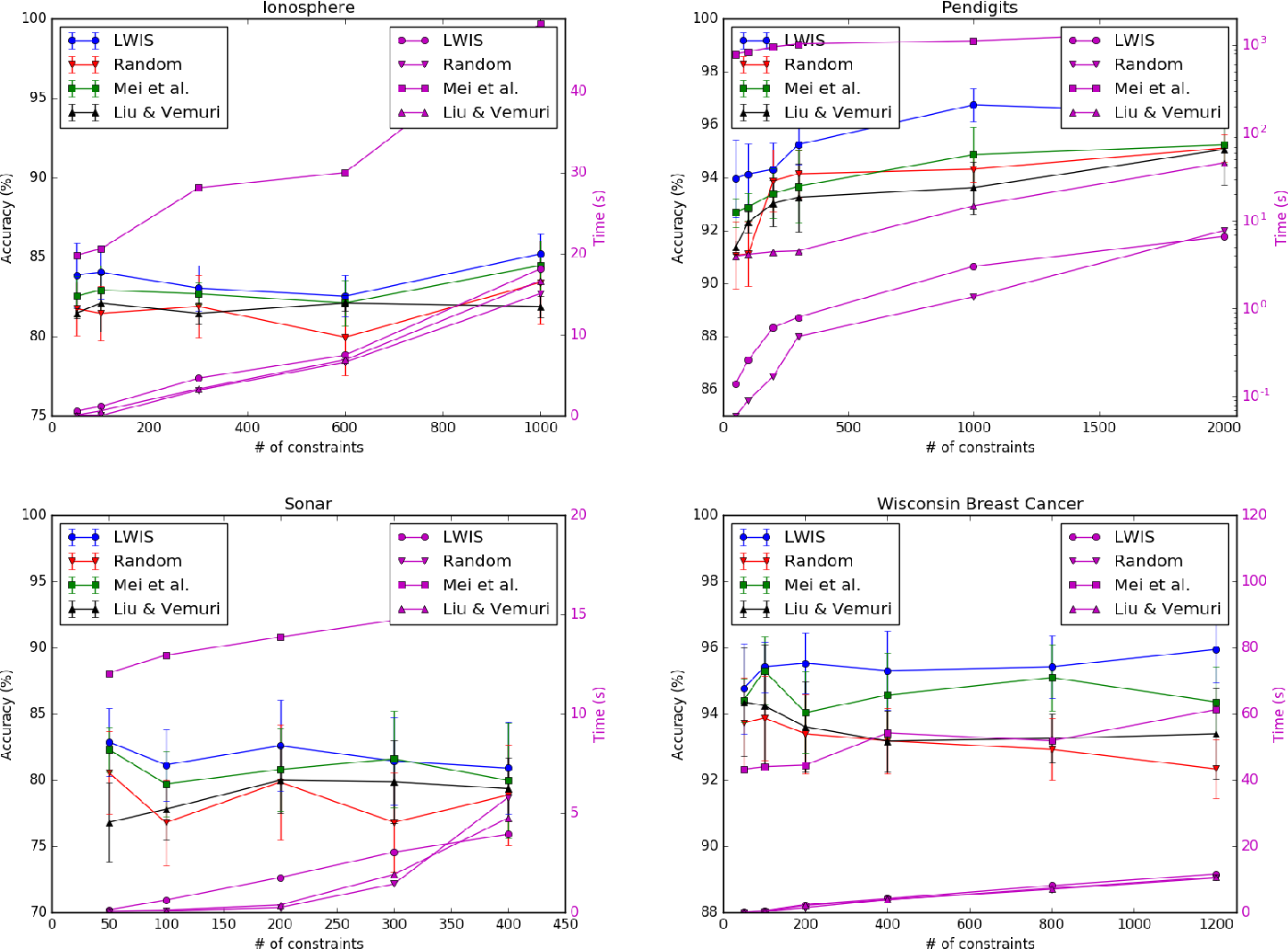 A number of machine learning algorithms are using a metric, or a distance, in order to compare individuals. The Euclidean distance is usually employed, but it may be more efficient to learn a parametric distance such as Mahalanobis metric. Learning such a metric is a hot topic since more than ten years now, and a number of methods have been proposed to efficiently learn it. However, the nature of the problem makes it quite difficult for large scale data, as well as data for which classes overlap. This paper presents a simple way of improving accuracy and scalability of any iterative metric learning algorithm, where constraints are obtained prior to the algorithm. The proposed approach relies on a loss-dependent weighted selection of constraints that are used for learning the metric. Using the corresponding dedicated loss function, the method clearly allows to obtain better results than state-of-the-art methods, both in terms of accuracy and time complexity. Some experimental results on real world, and potentially large, datasets are demonstrating the effectiveness of our proposition. 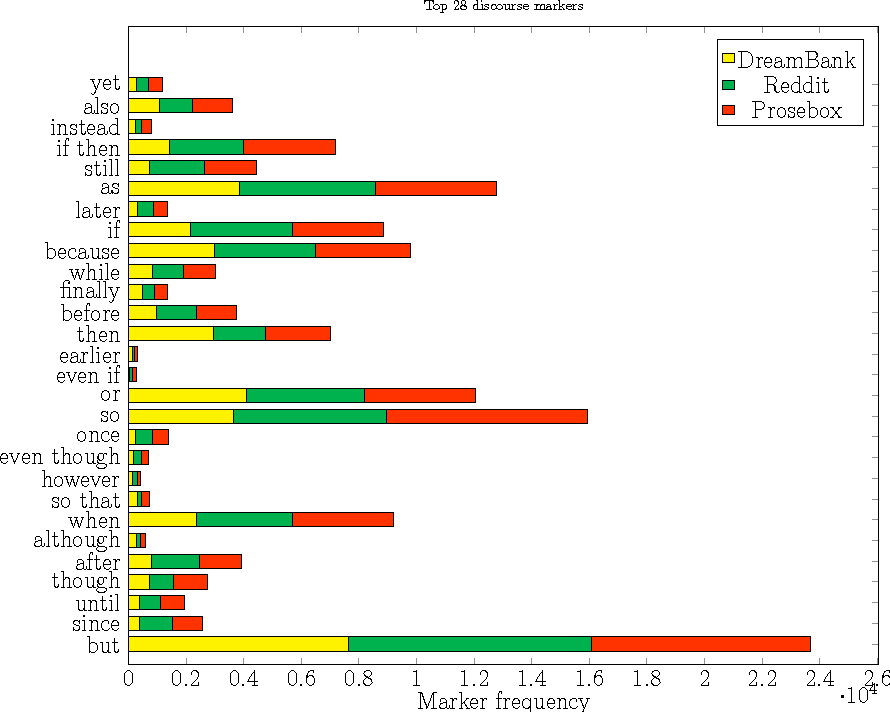 With the rise in popularity of public social media and micro-blogging services, most notably Twitter, the people have found a venue to hear and be heard by their peers without an intermediary. As a consequence, and aided by the public nature of Twitter, political scientists now potentially have the means to analyse and understand the narratives that organically form, spread and decline among the public in a political campaign. However, the volume and diversity of the conversation on Twitter, combined with its noisy and idiosyncratic nature, make this a hard task. Thus, advanced data mining and language processing techniques are required to process and analyse the data. In this paper, we present and evaluate a technical framework, based on recent advances in deep neural networks, for identifying and analysing election-related conversation on Twitter on a continuous, longitudinal basis. Our models can detect election-related tweets with an F-score of 0.92 and can categorize these tweets into 22 topics with an F-score of 0.90. 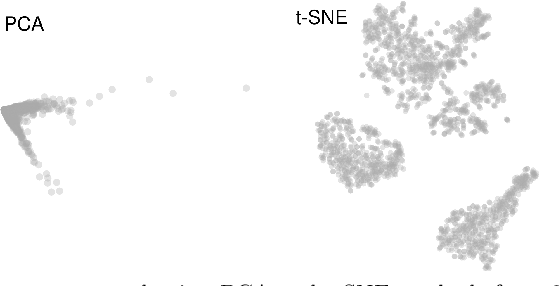 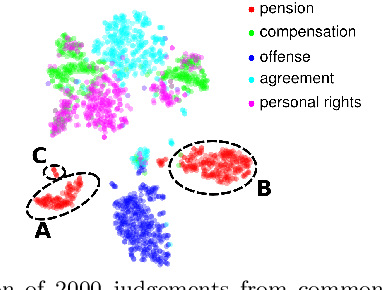 In this work, we analyze the utility of two dimensional document maps for exploratory analysis of Polish case law. We start by comparing two methods of generating such visualizations. First is based on linear principal component analysis (PCA). Second makes use of the modern nonlinear t-Distributed Stochastic Neighbor Embedding method (t-SNE). We apply both PCA and t-SNE to a corpus of judgments from different courts in Poland. It emerges that t-SNE provides better, more interpretable results than PCA. As a next test, we apply t-SNE to randomly selected sample of common court judgments corresponding to different keywords. We show that t-SNE, in this case, reveals hidden topical structure of the documents related to keyword,,pension". In conclusion, we find that the t-SNE method could be a promising tool to facilitate the exploitative analysis of legal texts, e.g., by complementing search or browse functionality in legal databases. 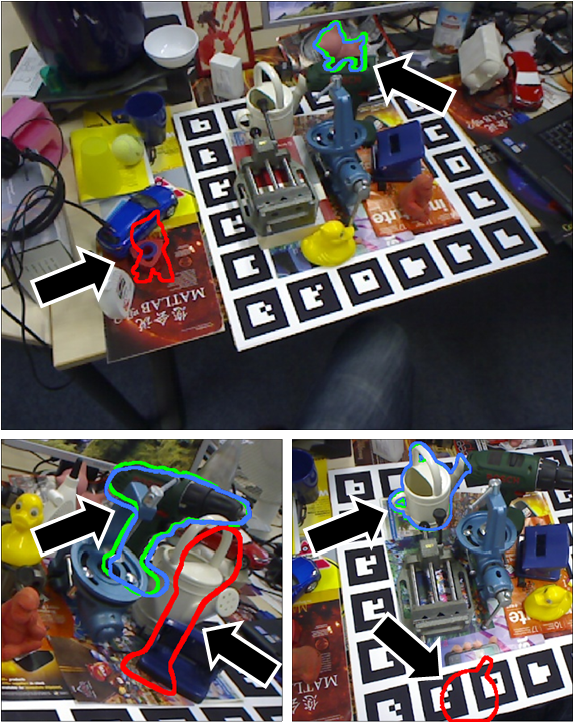 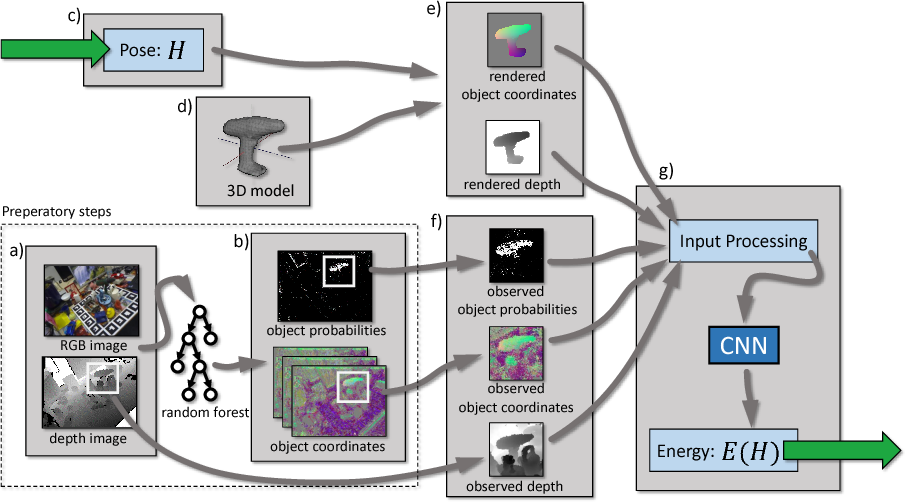 Analysis-by-synthesis has been a successful approach for many tasks in computer vision, such as 6D pose estimation of an object in an RGB-D image which is the topic of this work. The idea is to compare the observation with the output of a forward process, such as a rendered image of the object of interest in a particular pose. Due to occlusion or complicated sensor noise, it can be difficult to perform this comparison in a meaningful way. We propose an approach that "learns to compare", while taking these difficulties into account. This is done by describing the posterior density of a particular object pose with a convolutional neural network (CNN) that compares an observed and rendered image. The network is trained with the maximum likelihood paradigm. We observe empirically that the CNN does not specialize to the geometry or appearance of specific objects, and it can be used with objects of vastly different shapes and appearances, and in different backgrounds. Compared to state-of-the-art, we demonstrate a significant improvement on two different datasets which include a total of eleven objects, cluttered background, and heavy occlusion. 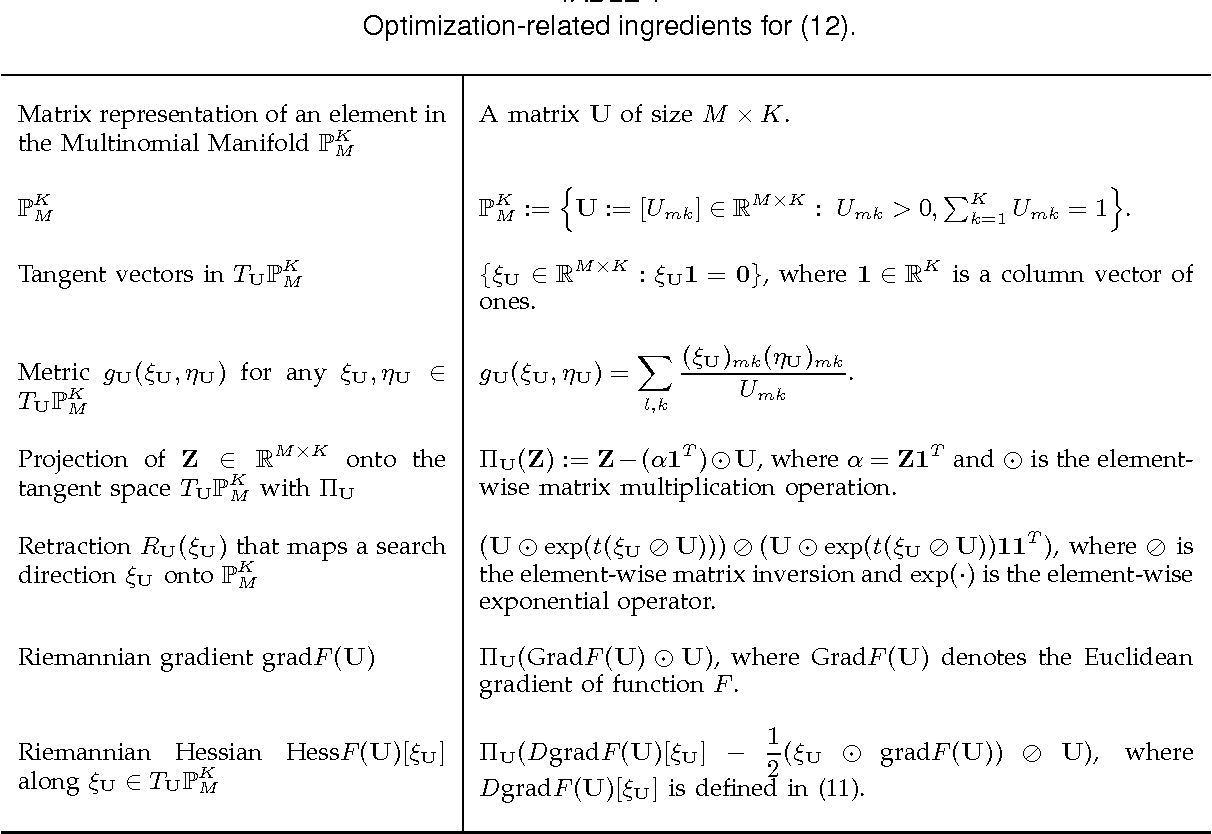 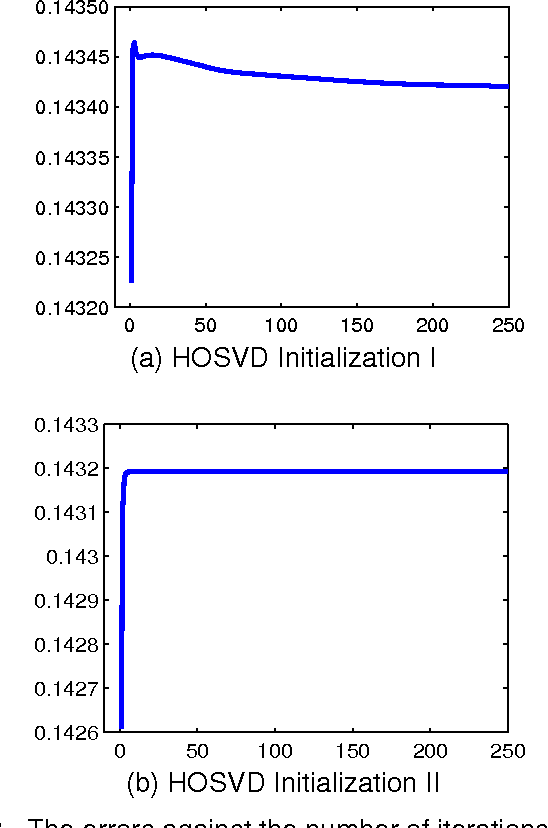 Tensors or multiarray data are generalizations of matrices. Tensor clustering has become a very important research topic due to the intrinsically rich structures in real-world multiarray datasets. Subspace clustering based on vectorizing multiarray data has been extensively researched. However, vectorization of tensorial data does not exploit complete structure information. In this paper, we propose a subspace clustering algorithm without adopting any vectorization process. Our approach is based on a novel heterogeneous Tucker decomposition model. In contrast to existing techniques, we propose a new clustering algorithm that alternates between different modes of the proposed heterogeneous tensor model. All but the last mode have closed-form updates. Updating the last mode reduces to optimizing over the so-called multinomial manifold, for which we investigate second order Riemannian geometry and propose a trust-region algorithm. Numerical experiments show that our proposed algorithm compete effectively with state-of-the-art clustering algorithms that are based on tensor factorization.

Rows vs Columns for Linear Systems of Equations - Randomized Kaczmarz or Coordinate Descent?

This paper is about randomized iterative algorithms for solving a linear system of equations $X \beta = y$ in different settings. Recent interest in the topic was reignited when Strohmer and Vershynin (2009) proved the linear convergence rate of a Randomized Kaczmarz (RK) algorithm that works on the rows of $X$ (data points). Following that, Leventhal and Lewis (2010) proved the linear convergence of a Randomized Coordinate Descent (RCD) algorithm that works on the columns of $X$ (features). The aim of this paper is to simplify our understanding of these two algorithms, establish the direct relationships between them (though RK is often compared to Stochastic Gradient Descent), and examine the algorithmic commonalities or tradeoffs involved with working on rows or columns. We also discuss Kernel Ridge Regression and present a Kaczmarz-style algorithm that works on data points and having the advantage of solving the problem without ever storing or forming the Gram matrix, one of the recognized problems encountered when scaling kernelized methods.