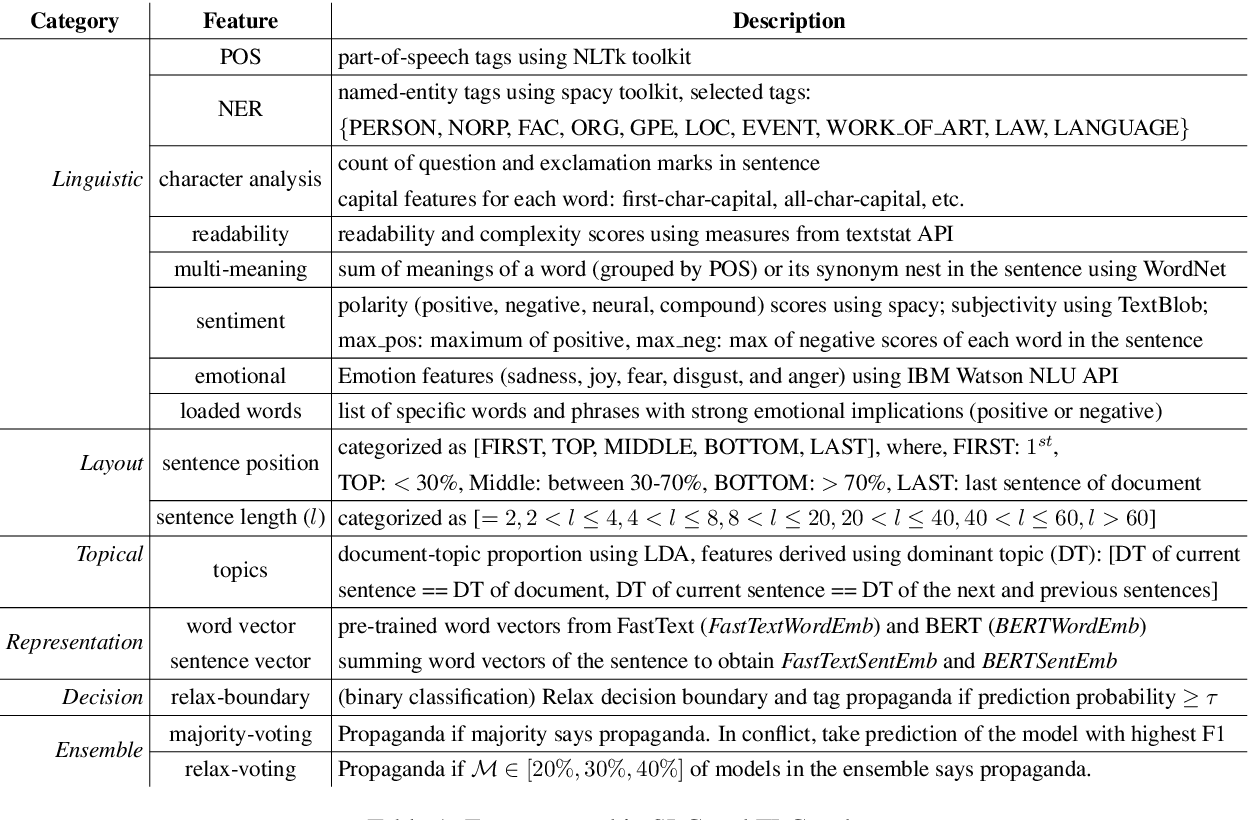 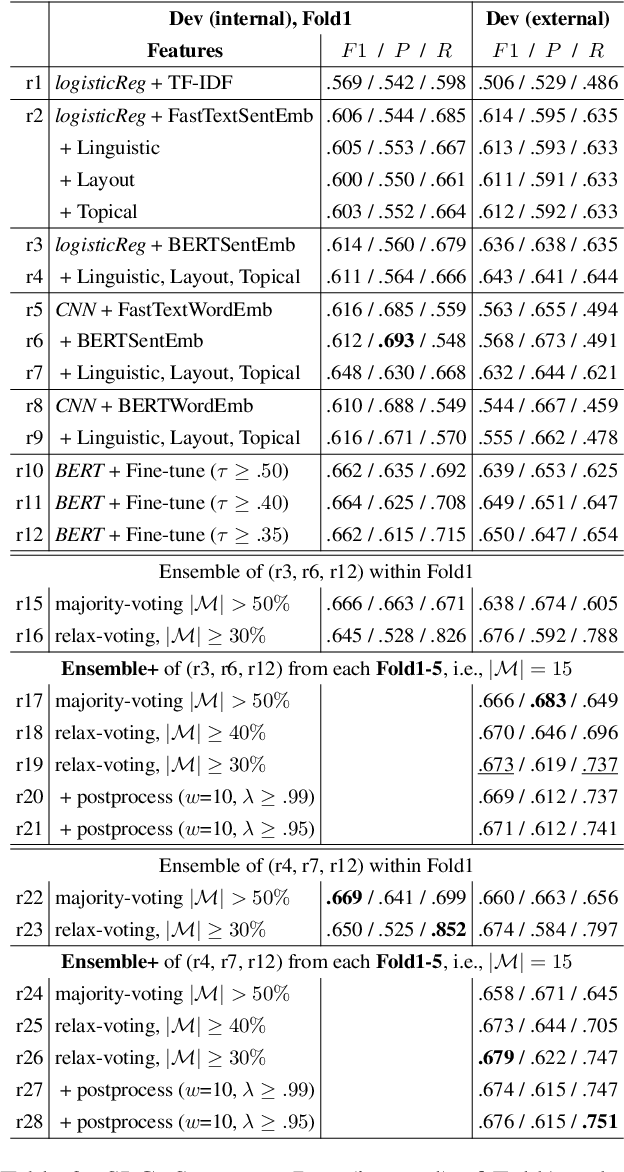 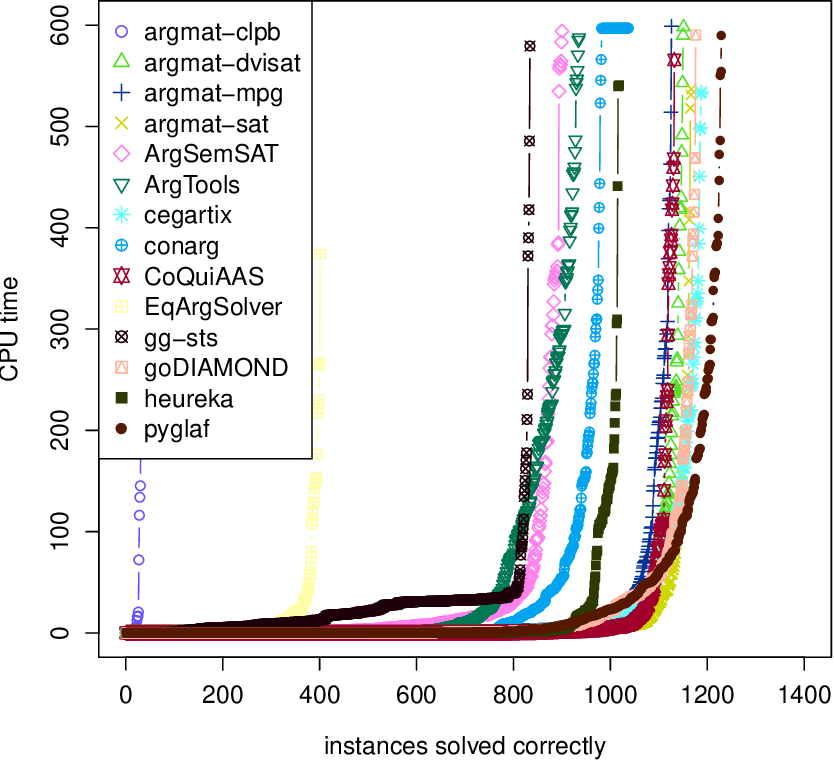 Argumentation is a major topic in the study of Artificial Intelligence. Since the first edition in 2015, advancements in solving (abstract) argumentation frameworks are assessed in competition events, similar to other closely related problem solving technologies. In this paper, we report about the design and results of the Second International Competition on Computational Models of Argumentation, which has been jointly organized by TU Dresden (Germany), TU Wien (Austria), and the University of Genova (Italy), in affiliation with the 2017 International Workshop on Theory and Applications of Formal Argumentation. This second edition maintains some of the design choices made in the first event, e.g. the I/O formats, the basic reasoning problems, and the organization into tasks and tracks. At the same time, it introduces significant novelties, e.g. three additional prominent semantics, and an instance selection stage for classifying instances according to their empirical hardness.

AutoML: A Survey of the State-of-the-Art 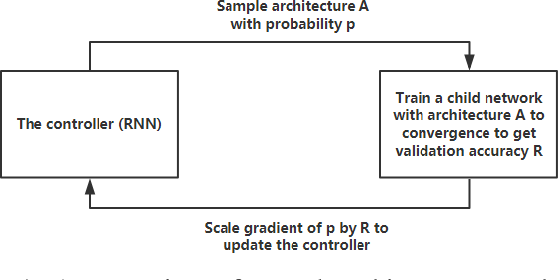 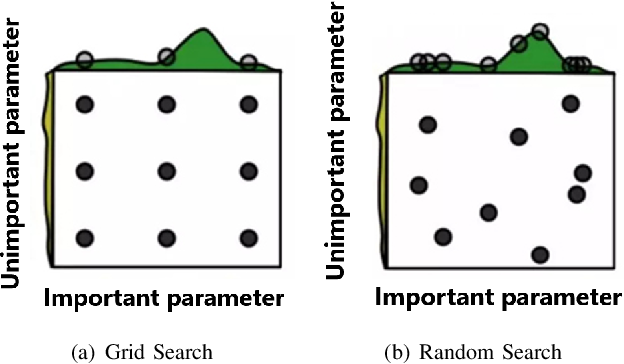 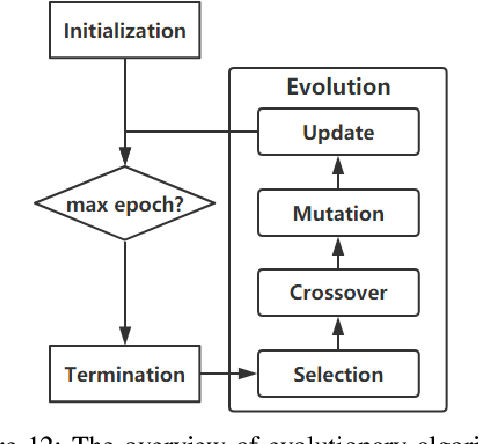 Deep learning has penetrated all aspects of our lives and brought us great convenience. However, the process of building a high-quality deep learning system for a specific task is not only time-consuming but also requires lots of resources and relies on human expertise, which hinders the development of deep learning in both industry and academia. To alleviate this problem, a growing number of research projects focus on automated machine learning (AutoML). In this paper, we provide a comprehensive and up-to-date study on the state-of-the-art AutoML. First, we introduce the AutoML techniques in details according to the machine learning pipeline. Then we summarize existing Neural Architecture Search (NAS) research, which is one of the most popular topics in AutoML. We also compare the models generated by NAS algorithms with those human-designed models. Finally, we present several open problems for future research.

Recognising Agreement and Disagreement between Stances with Reason Comparing Networks 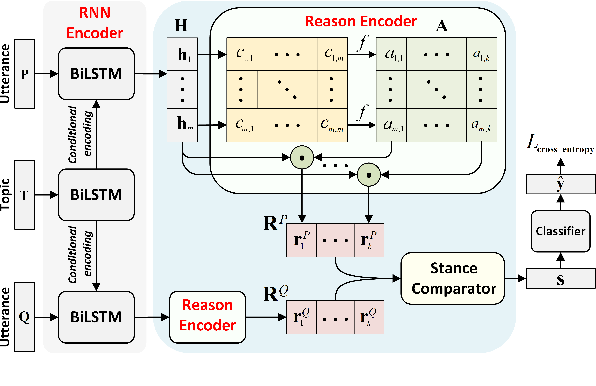 We identify agreement and disagreement between utterances that express stances towards a topic of discussion. Existing methods focus mainly on conversational settings, where dialogic features are used for (dis)agreement inference. We extend this scope and seek to detect stance (dis)agreement in a broader setting, where independent stance-bearing utterances, which prevail in many stance corpora and real-world scenarios, are compared. To cope with such non-dialogic utterances, we find that the reasons uttered to back up a specific stance can help predict stance (dis)agreements. We propose a reason comparing network (RCN) to leverage reason information for stance comparison. Empirical results on a well-known stance corpus show that our method can discover useful reason information, enabling it to outperform several baselines in stance (dis)agreement detection. 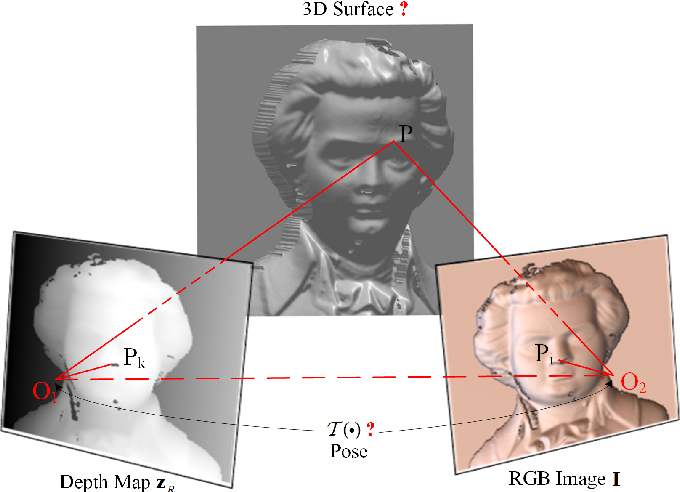 Mutual calibration between color and depth cameras is a challenging topic in multi-modal data registration. In this paper, we are confronted with a "Bimodal Stereo" problem, which aims to solve camera pose from a pair of an uncalibrated color image and a depth map from different views automatically. To address this problem, an iterative Shape-from-Shading (SfS) based framework is proposed to estimate shape and pose simultaneously. In the pipeline, the estimated shape is refined by the shape prior from the given depth map under the estimated pose. Meanwhile, the estimated pose is improved by the registration of estimated shape and shape from given depth map. We also introduce a shading based refinement in the pipeline to address noisy depth map with holes. Extensive experiments showed that through our method, both the depth map, the recovered shape as well as its pose can be desirably refined and recovered. 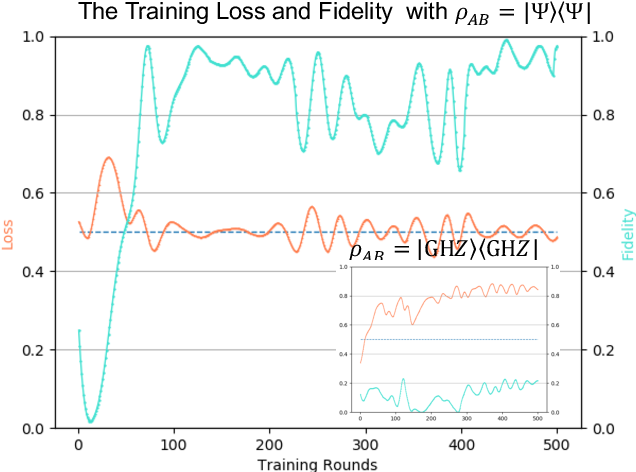 The exploration of quantum algorithms that possess quantum advantages is a central topic in quantum computation and quantum information processing. One potential candidate in this area is quantum generative adversarial learning (QuGAL), which conceptually has exponential advantages over classical adversarial networks. However, the corresponding learning algorithm remains obscured. In this paper, we propose the first quantum generative adversarial learning algorithm-- the quantum multiplicative matrix weight algorithm (QMMW)-- which enables the efficient processing of fundamental tasks. The computational complexity of QMMW is polynomially proportional to the number of training rounds and logarithmically proportional to the input size. The core concept of the proposed algorithm combines QuGAL with online learning. We exploit the implementation of QuGAL with parameterized quantum circuits, and numerical experiments for the task of entanglement test for pure state are provided to support our claims.

An End-to-End Network for Panoptic Segmentation 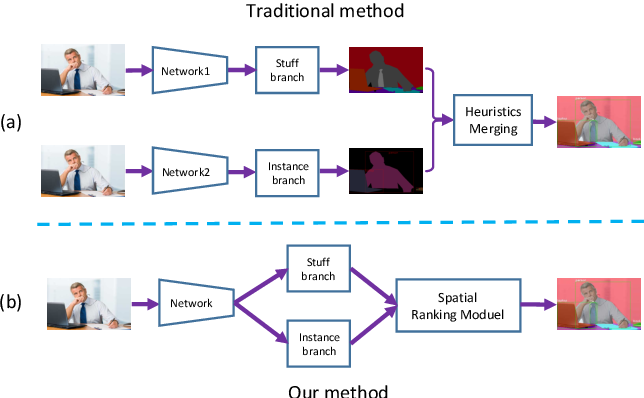 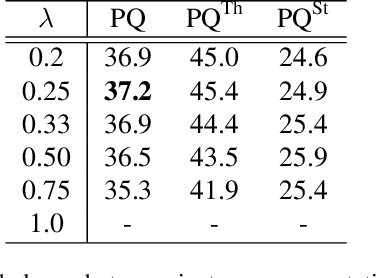 Panoptic segmentation, which needs to assign a category label to each pixel and segment each object instance simultaneously, is a challenging topic. Traditionally, the existing approaches utilize two independent models without sharing features, which makes the pipeline inefficient to implement. In addition, a heuristic method is usually employed to merge the results. However, the overlapping relationship between object instances is difficult to determine without sufficient context information during the merging process. To address the problems, we propose a novel end-to-end network for panoptic segmentation, which can efficiently and effectively predict both the instance and stuff segmentation in a single network. Moreover, we introduce a novel spatial ranking module to deal with the occlusion problem between the predicted instances. Extensive experiments have been done to validate the performance of our proposed method and promising results have been achieved on the COCO Panoptic benchmark. 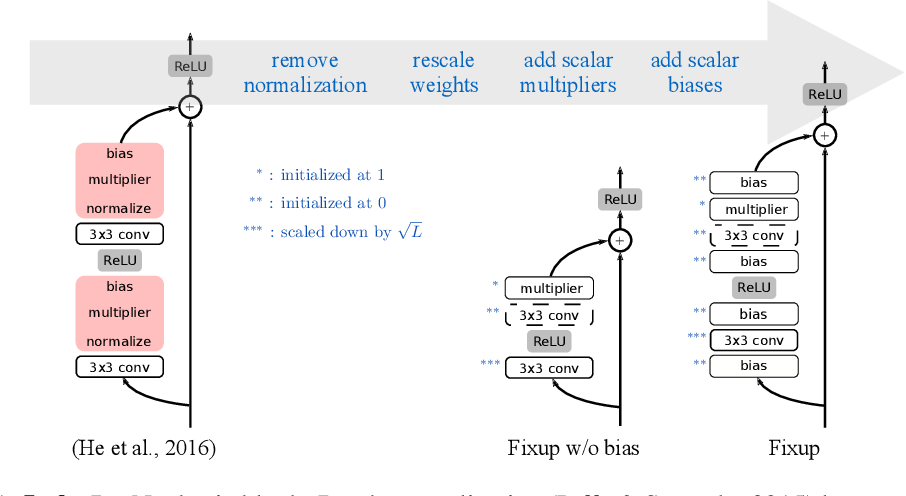 Normalization layers are a staple in state-of-the-art deep neural network architectures. They are widely believed to stabilize training, enable higher learning rate, accelerate convergence and improve generalization, though the reason for their effectiveness is still an active research topic. In this work, we challenge the commonly-held beliefs by showing that none of the perceived benefits is unique to normalization. Specifically, we propose fixed-update initialization (Fixup), an initialization motivated by solving the exploding and vanishing gradient problem at the beginning of training via properly rescaling a standard initialization. We find training residual networks with Fixup to be as stable as training with normalization -- even for networks with 10,000 layers. Furthermore, with proper regularization, Fixup enables residual networks without normalization to achieve state-of-the-art performance in image classification and machine translation. 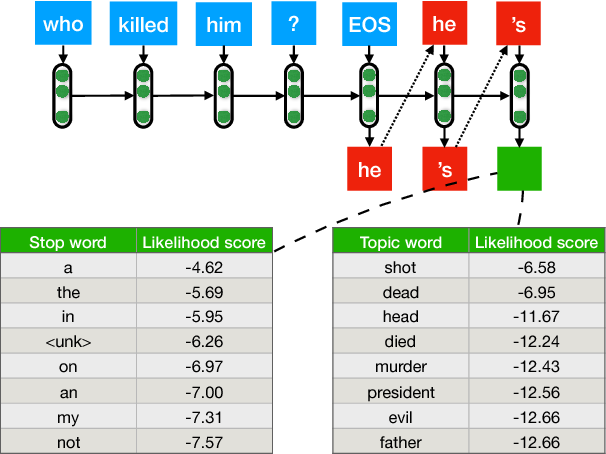 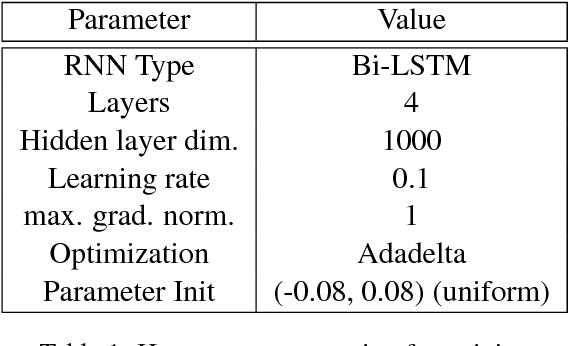 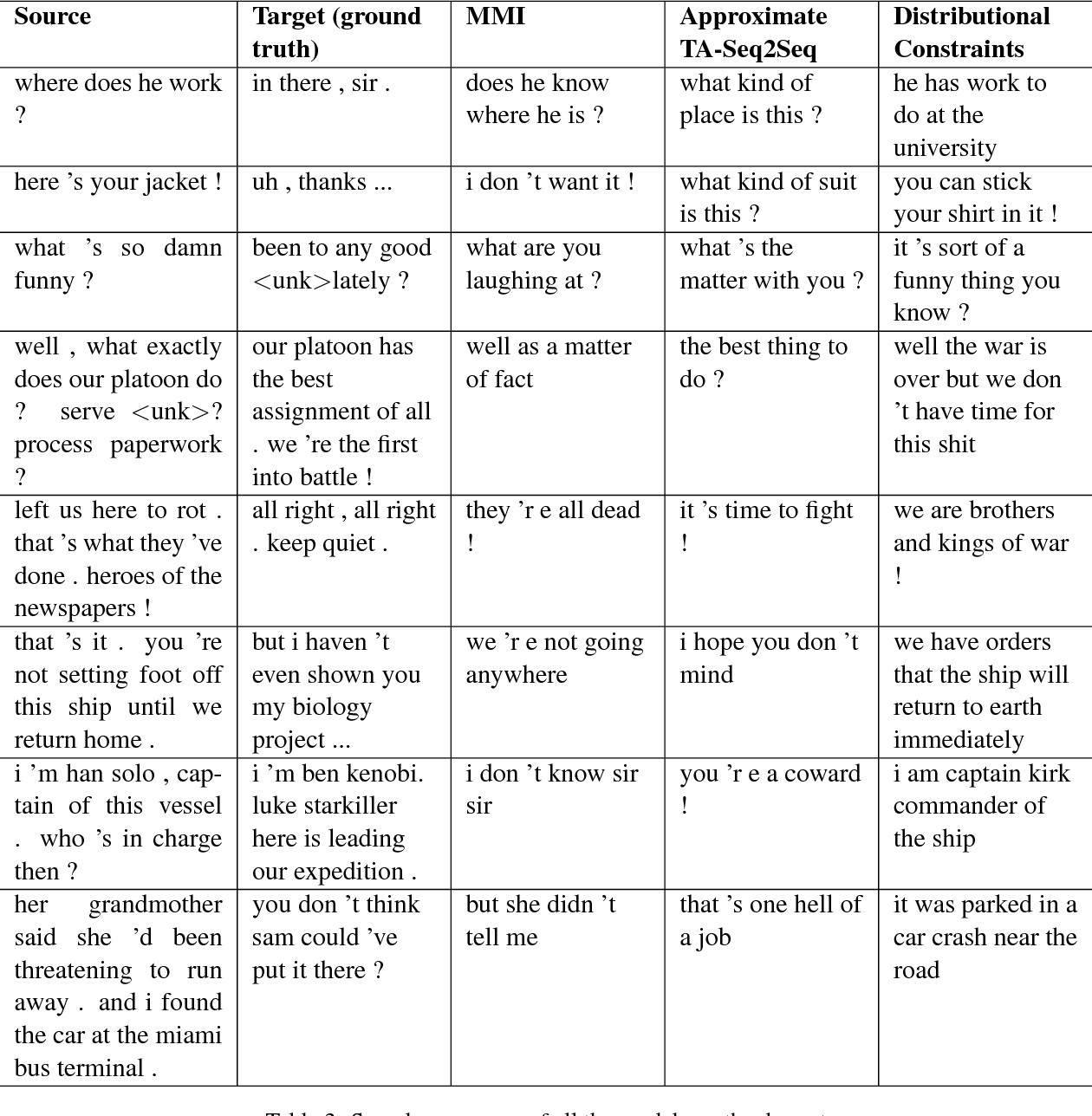 Neural conversation models tend to generate safe, generic responses for most inputs. This is due to the limitations of likelihood-based decoding objectives in generation tasks with diverse outputs, such as conversation. To address this challenge, we propose a simple yet effective approach for incorporating side information in the form of distributional constraints over the generated responses. We propose two constraints that help generate more content rich responses that are based on a model of syntax and topics (Griffiths et al., 2005) and semantic similarity (Arora et al., 2016). We evaluate our approach against a variety of competitive baselines, using both automatic metrics and human judgments, showing that our proposed approach generates responses that are much less generic without sacrificing plausibility. A working demo of our code can be found at https://github.com/abaheti95/DC-NeuralConversation.