Source Separation and Higher-Order Causal Analysis of MEG and EEG 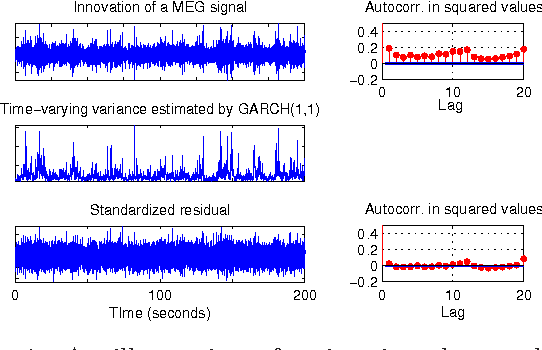 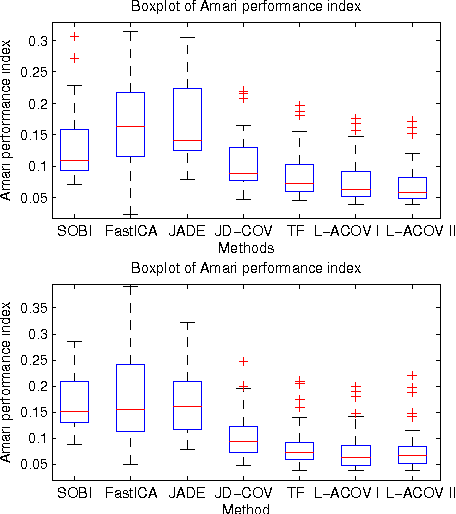 Separation of the sources and analysis of their connectivity have been an important topic in EEG/MEG analysis. To solve this problem in an automatic manner, we propose a two-layer model, in which the sources are conditionally uncorrelated from each other, but not independent; the dependence is caused by the causality in their time-varying variances (envelopes). The model is identified in two steps. We first propose a new source separation technique which takes into account the autocorrelations (which may be time-varying) and time-varying variances of the sources. The causality in the envelopes is then discovered by exploiting a special kind of multivariate GARCH (generalized autoregressive conditional heteroscedasticity) model. The resulting causal diagram gives the effective connectivity between the separated sources; in our experimental results on MEG data, sources with similar functions are grouped together, with negative influences between groups, and the groups are connected via some interesting sources.

A Simple Unsupervised Color Image Segmentation Method based on MRF-MAP 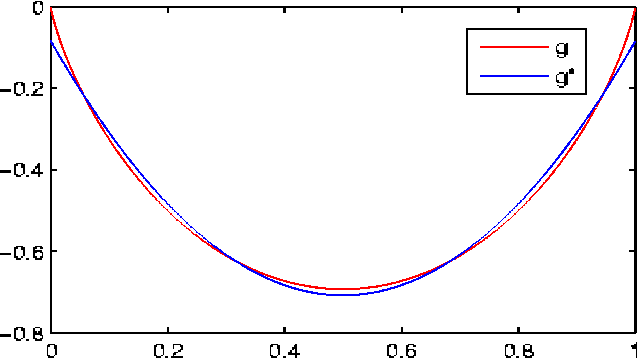 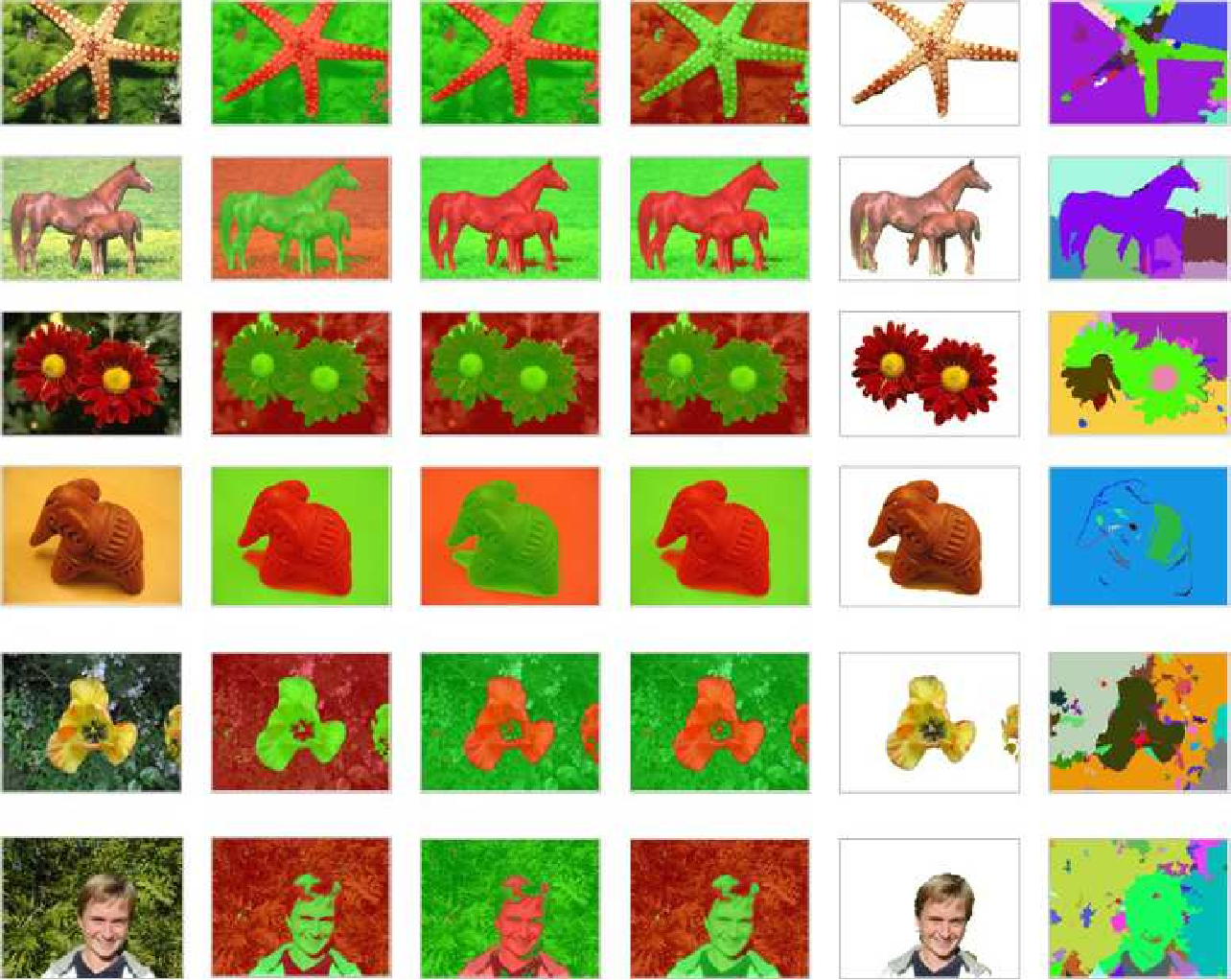 Color image segmentation is an important topic in the image processing field. MRF-MAP is often adopted in the unsupervised segmentation methods, but their performance are far behind recent interactive segmentation tools supervised by user inputs. Furthermore, the existing related unsupervised methods also suffer from the low efficiency, and high risk of being trapped in the local optima, because MRF-MAP is currently solved by iterative frameworks with inaccurate initial color distribution models. To address these problems, the letter designs an efficient method to calculate the energy functions approximately in the non-iteration style, and proposes a new binary segmentation algorithm based on the slightly tuned Lanczos eigensolver. The experiments demonstrate that the new algorithm achieves competitive performance compared with two state-of-art segmentation methods. 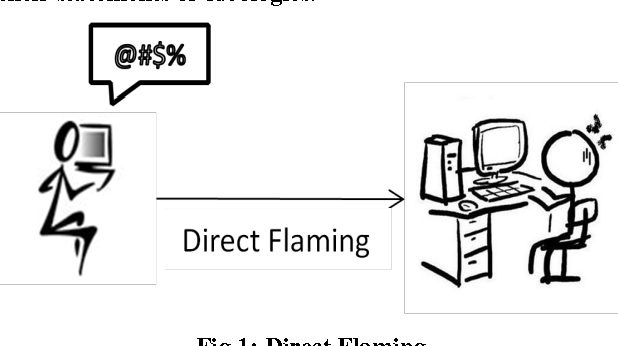 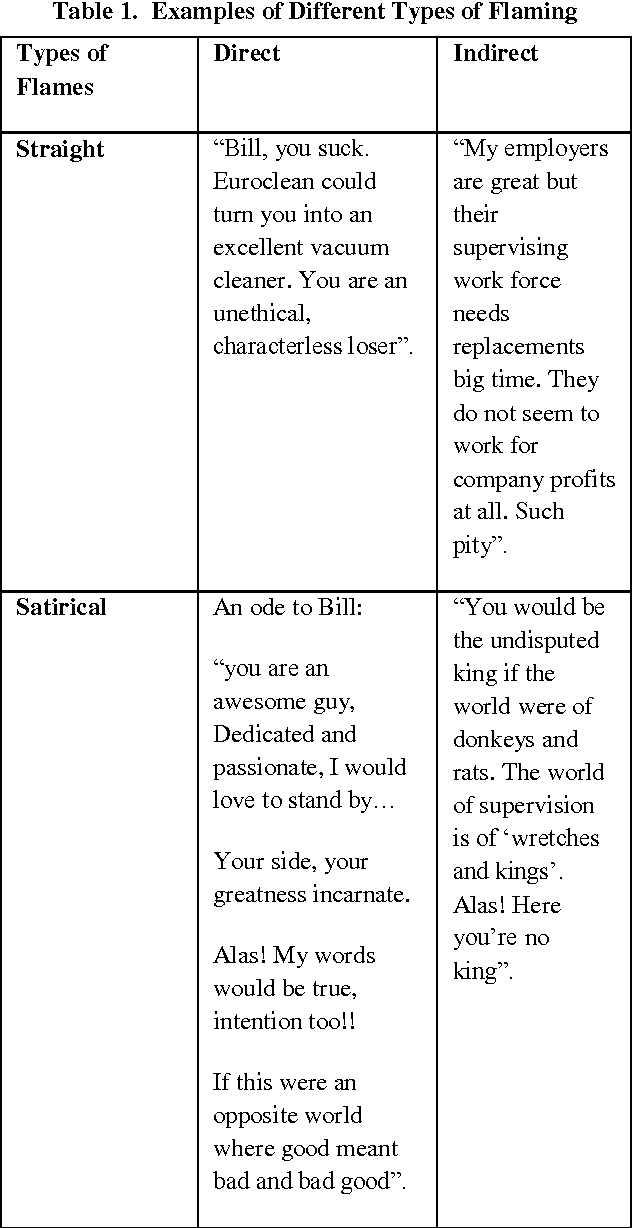 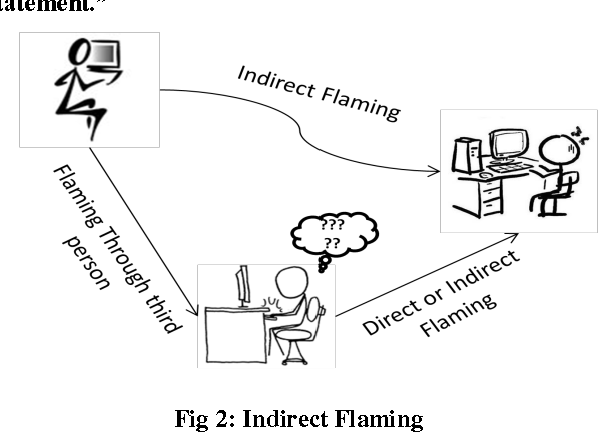 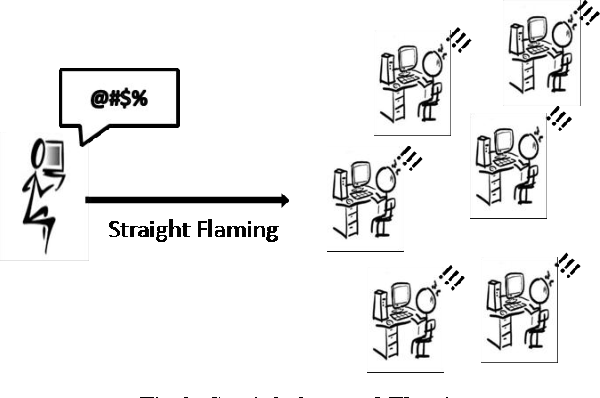 Computer Mediated Communication (CMC) has brought about a revolution in the way the world communicates with each other. With the increasing number of people, interacting through the internet and the rise of new platforms and technologies has brought together the people from different social, cultural and geographical backgrounds to present their thoughts, ideas and opinions on topics of their interest. CMC has, in some cases, gave users more freedom to express themselves as compared to Face-to-face communication. This has also led to rise in the use of hostile and aggressive language and terminologies uninhibitedly. Since such use of language is detrimental to the discussion process and affects the audience and individuals negatively, efforts are being taken to control them. The research sees the need to understand the concept of flaming and hence attempts to classify them in order to give a better understanding of it. The classification is done on the basis of type of flame content being presented and the Style in which they are presented. 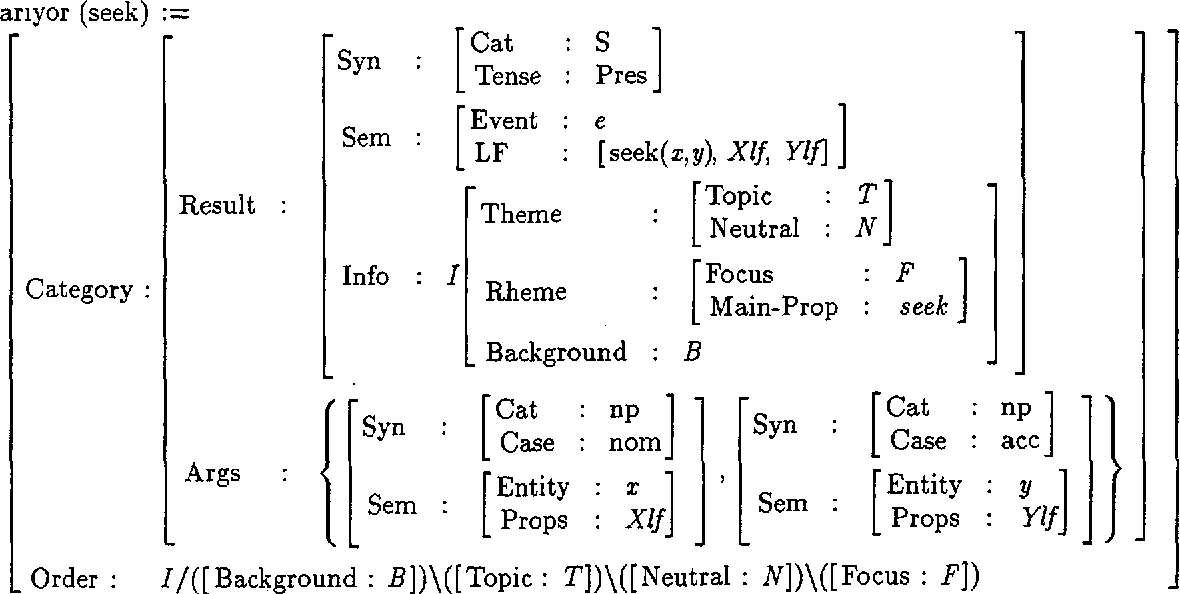 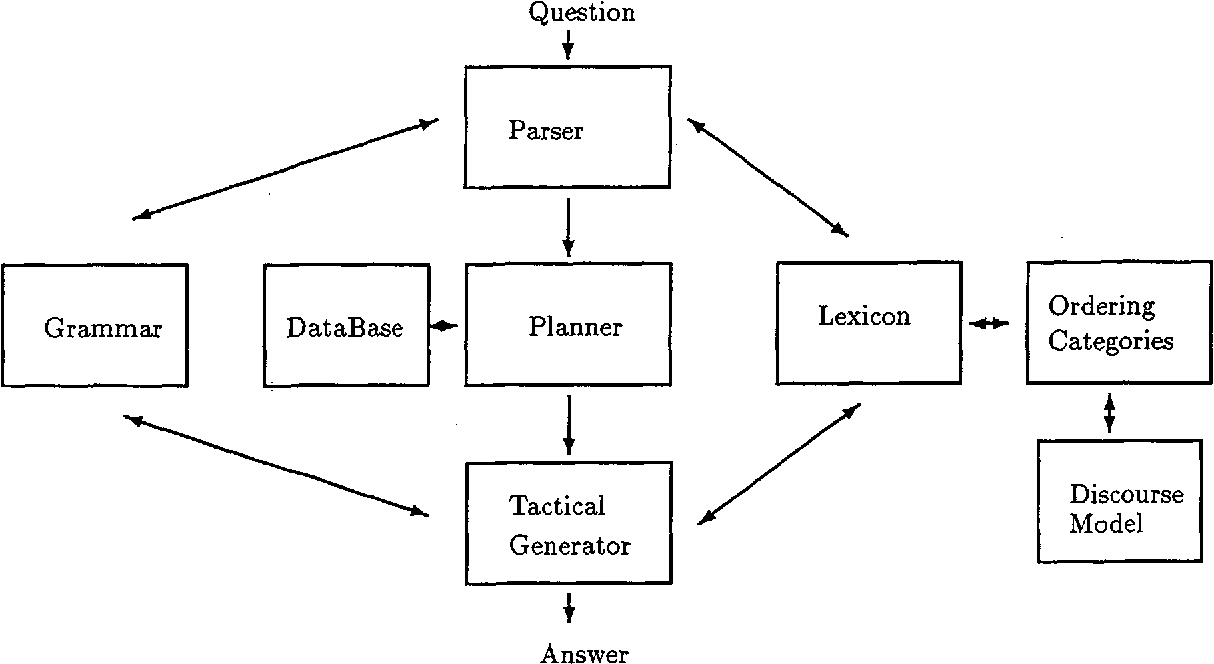 Turkish has considerably freer word order than English. The interpretations of different word orders in Turkish rely on information that describes how a sentence relates to its discourse context. To capture the syntactic features of a free word order language, I present an adaptation of Combinatory Categorial Grammars called {}-CCGs (set-CCGs). In {}-CCGs, a verb's subcategorization requirements are relaxed so that it requires a set of arguments without specifying their linear order. I integrate a level of information structure, representing pragmatic functions such as topic and focus, with {}-CCGs to allow certain pragmatic distinctions in meaning to influence the word order of a sentence in a compositional way. Finally, I discuss how this strategy is used within an implemented generation system which produces Turkish sentences with context-appropriate word orders in a simple database query task.

Trust in Human-AI Interaction: Scoping Out Models, Measures, and Methods 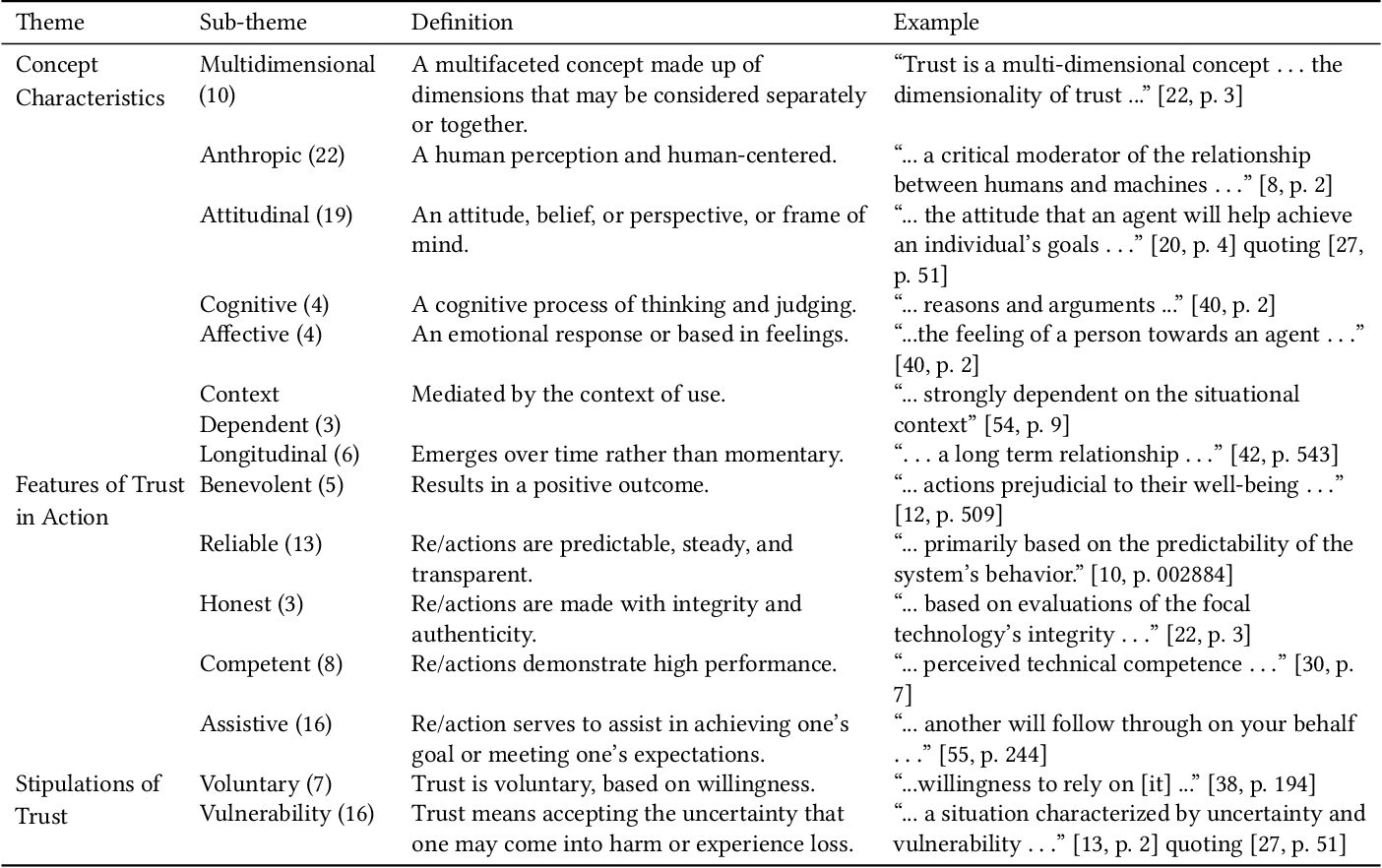 Trust has emerged as a key factor in people's interactions with AI-infused systems. Yet, little is known about what models of trust have been used and for what systems: robots, virtual characters, smart vehicles, decision aids, or others. Moreover, there is yet no known standard approach to measuring trust in AI. This scoping review maps out the state of affairs on trust in human-AI interaction (HAII) from the perspectives of models, measures, and methods. Findings suggest that trust is an important and multi-faceted topic of study within HAII contexts. However, most work is under-theorized and under-reported, generally not using established trust models and missing details about methods, especially Wizard of Oz. We offer several targets for systematic review work as well as a research agenda for combining the strengths and addressing the weaknesses of the current literature.

Actions at the Edge: Jointly Optimizing the Resources in Multi-access Edge Computing 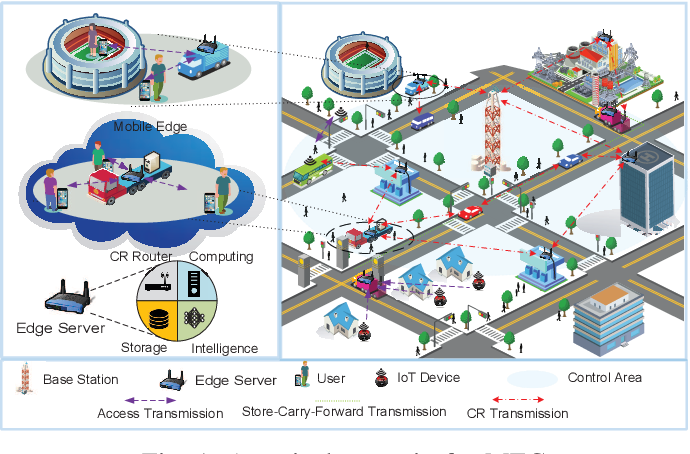 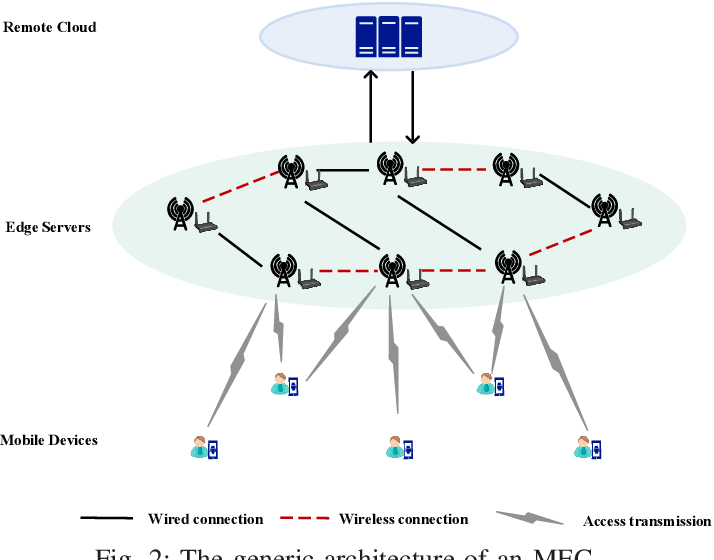 Multi-access edge computing (MEC) is an emerging paradigm that pushes resources for sensing, communications, computing, storage and intelligence (SCCSI) to the premises closer to the end users, i.e., the edge, so that they could leverage the nearby rich resources to improve their quality of experience (QoE). Due to the growing emerging applications targeting at intelligentizing life-sustaining cyber-physical systems, this paradigm has become a hot research topic, particularly when MEC is utilized to provide edge intelligence and real-time processing and control. This article is to elaborate the research issues along this line, including basic concepts and performance metrics, killer applications, architectural design, modeling approaches and solutions, and future research directions. It is hoped that this article provides a quick introduction to this fruitful research area particularly for beginning researchers. 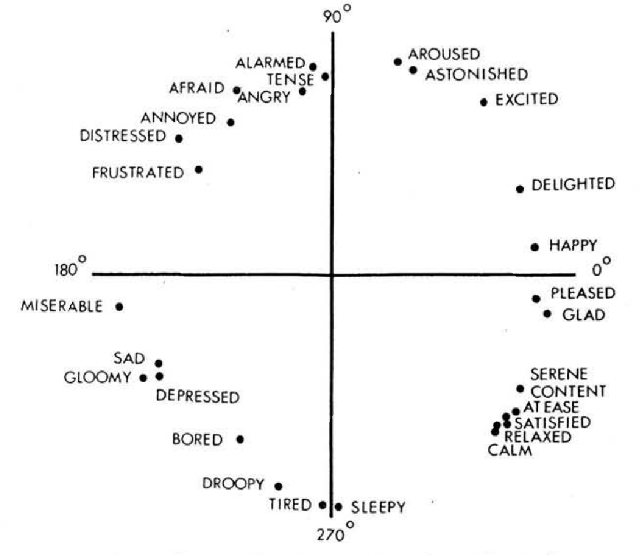 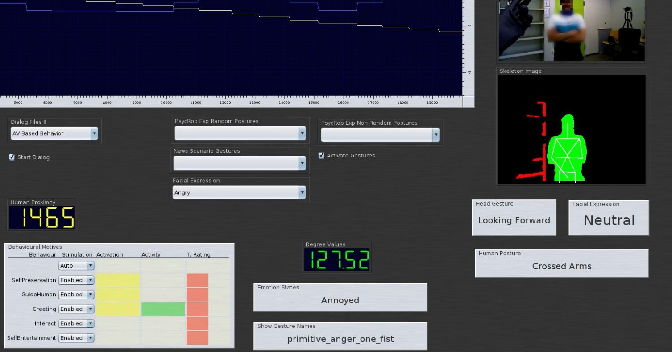 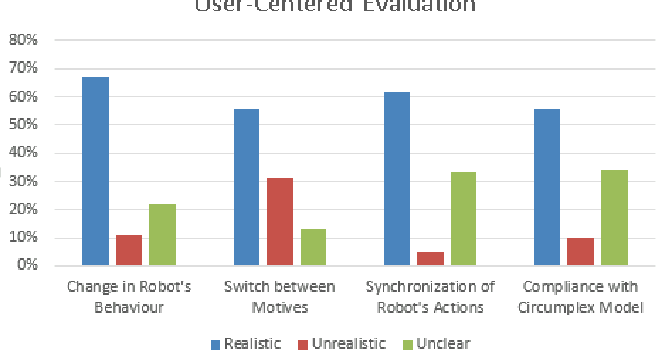 Emotions are the intrinsic or extrinsic representations of our experiences. The importance of emotions during a human-human interaction is immense as it formulates the basis of our interaction framework. There are several approaches in psychology to evaluate emotional states in humans based on the perceived stimuli. However, the topic has been less explored as far as human-robot interaction is concerned. This paper uses an appropriate emotion appraisal mechanism from psychology, generating an emotional state in a humanoid robot on-the-fly during human-robot interaction. Since the exhibition of only six basic emotions is not sufficient to cater to diverse situations, the use of the Circumplex Model in this work has allowed the life-sized robot called ROBIN to experience 28 emotional states in different interaction scenarios. Realistic robot behaviour has been generated based on the proposed appraisal system in various interaction scenarios.

The TriRhenaTech alliance presents the accepted papers of the 'Upper-Rhine Artificial Intelligence Symposium' held on October 27th 2021 in Kaiserslautern, Germany. Topics of the conference are applications of Artificial Intellgence in life sciences, intelligent systems, industry 4.0, mobility and others. The TriRhenaTech alliance is a network of universities in the Upper-Rhine Trinational Metropolitan Region comprising of the German universities of applied sciences in Furtwangen, Kaiserslautern, Karlsruhe, Offenburg and Trier, the Baden-Wuerttemberg Cooperative State University Loerrach, the French university network Alsace Tech (comprised of 14 'grandes \'ecoles' in the fields of engineering, architecture and management) and the University of Applied Sciences and Arts Northwestern Switzerland. The alliance's common goal is to reinforce the transfer of knowledge, research, and technology, as well as the cross-border mobility of students.

Recently, the robotic ultrasound system has become an emerging topic owing to the widespread use of medical ultrasound. However, it is still a challenging task to model and to transfer the ultrasound skill from an ultrasound physician. In this paper, we propose a learning-based framework to acquire ultrasound scanning skills from human demonstrations. First, the ultrasound scanning skills are encapsulated into a high-dimensional multi-modal model in terms of interactions among ultrasound images, the probe pose and the contact force. The parameters of the model are learned using the data collected from skilled sonographers' demonstrations. Second, a sampling-based strategy is proposed with the learned model to adjust the extracorporeal ultrasound scanning process to guide a newbie sonographer or a robot arm. Finally, the robustness of the proposed framework is validated with the experiments on real data from sonographers. 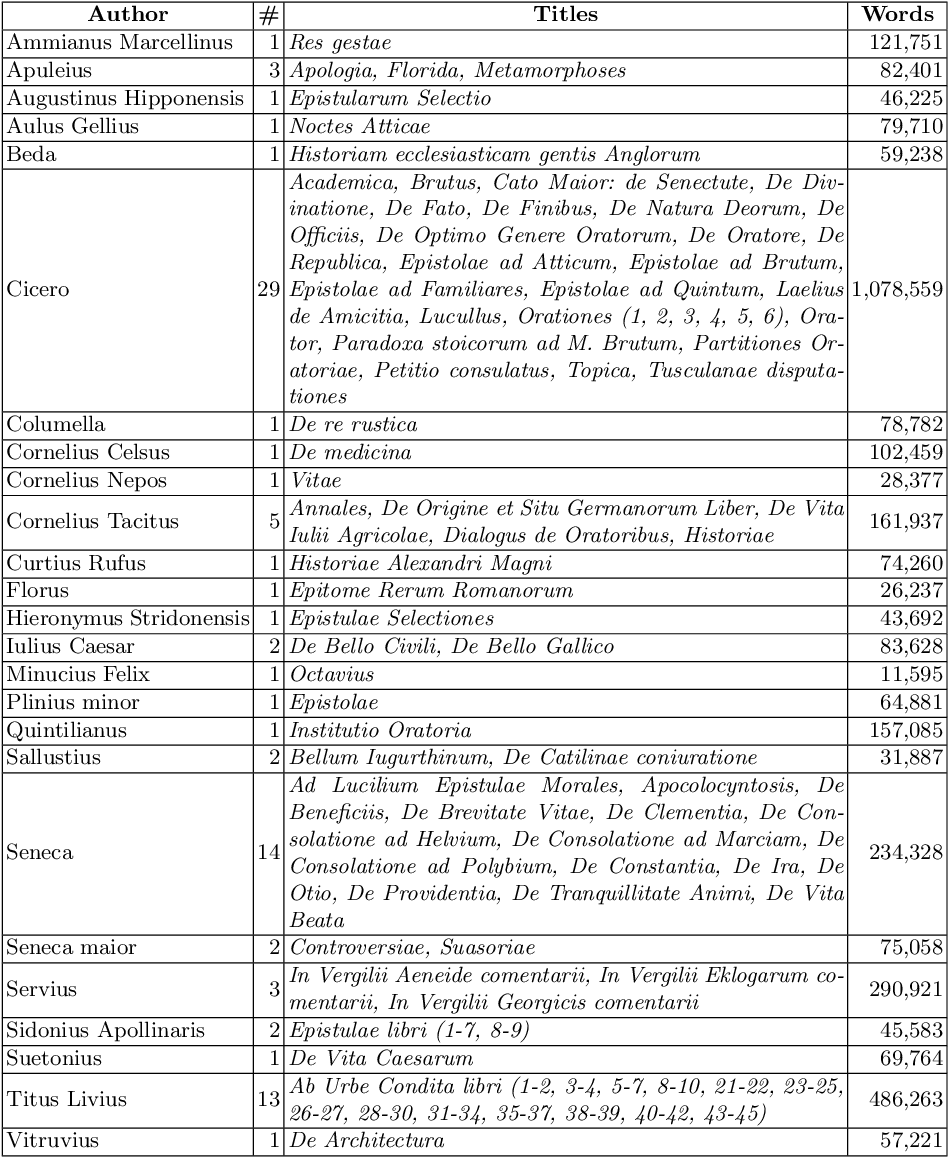 It is well known that, within the Latin production of written text, peculiar metric schemes were followed not only in poetic compositions, but also in many prose works. Such metric patterns were based on so-called syllabic quantity, i.e., on the length of the involved syllables, and there is substantial evidence suggesting that certain authors had a preference for certain metric patterns over others. In this research we investigate the possibility to employ syllabic quantity as a base for deriving rhythmic features for the task of computational authorship attribution of Latin prose texts. We test the impact of these features on the authorship attribution task when combined with other topic-agnostic features. Our experiments, carried out on three different datasets, using two different machine learning methods, show that rhythmic features based on syllabic quantity are beneficial in discriminating among Latin prose authors.