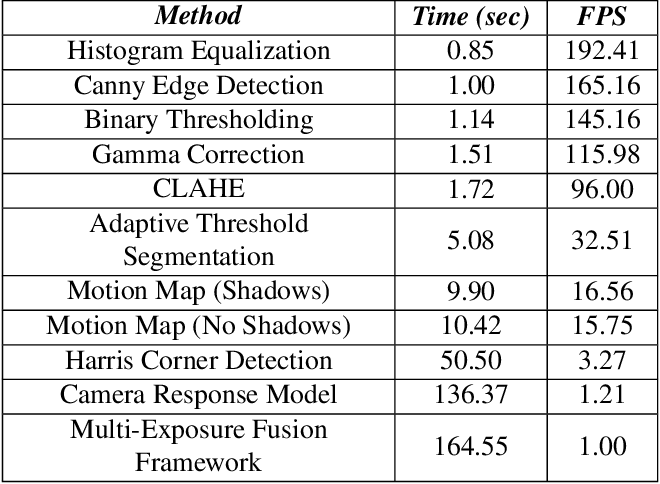 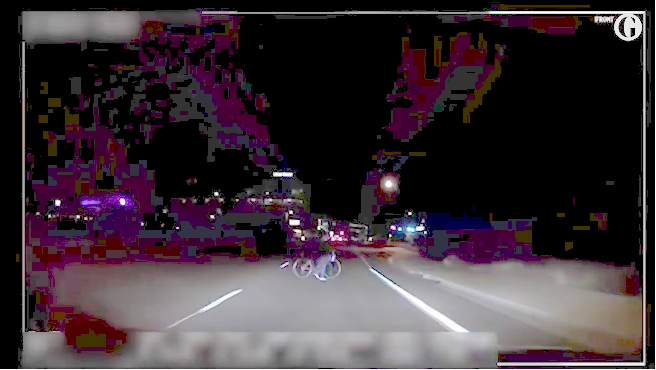 Human lives are important. The decision to allow self-driving vehicles operate on our roads carries great weight. This has been a hot topic of debate between policy-makers, technologists and public safety institutions. The recent Uber Inc. self-driving car crash, resulting in the death of a pedestrian, has strengthened the argument that autonomous vehicle technology is still not ready for deployment on public roads. In this work, we analyze the Uber car crash and shed light on the question, "Could the Uber Car Crash have been avoided?". We apply state-of-the-art Computer Vision models to this highly practical scenario. More generally, our experimental results are an evaluation of various image enhancement and object recognition techniques for enabling pedestrian safety in low-lighting conditions using the Uber crash as a case study.

What Drives the International Development Agenda? An NLP Analysis of the United Nations General Debate 1970-2016 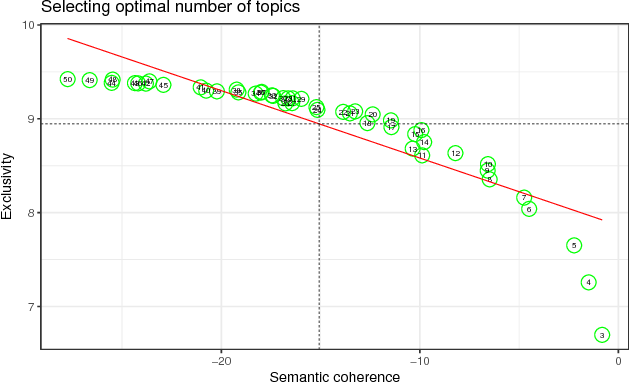 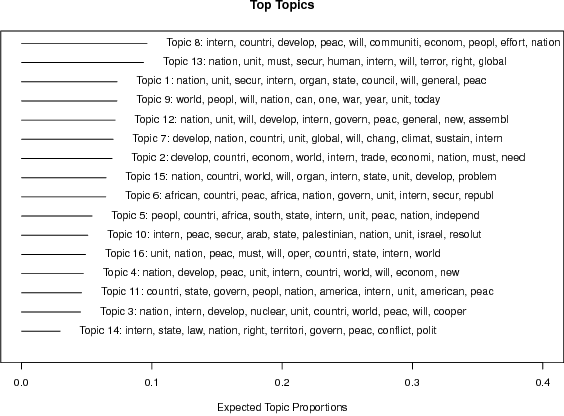 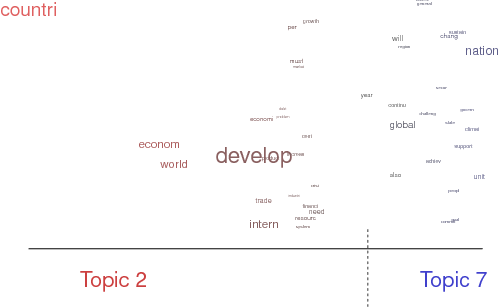 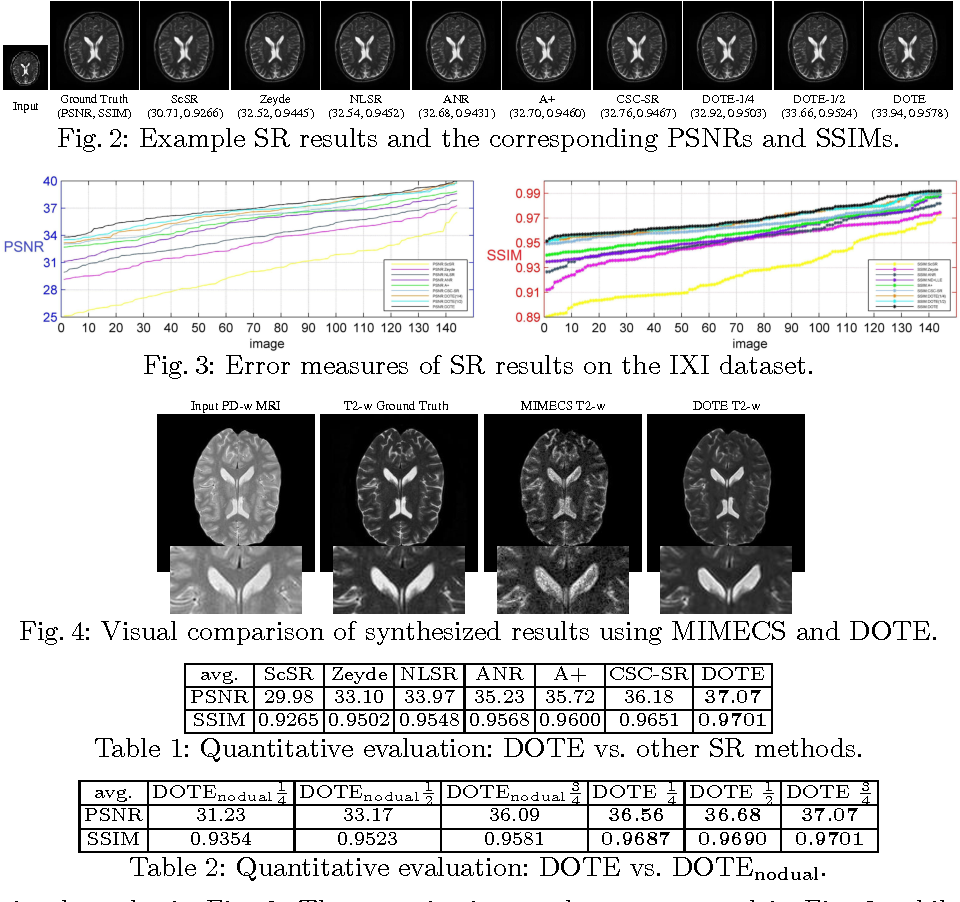 Cross-modal image synthesis is a topical problem in medical image computing. Existing methods for image synthesis are either tailored to a specific application, require large scale training sets, or are based on partitioning images into overlapping patches. In this paper, we propose a novel Dual cOnvolutional filTer lEarning (DOTE) approach to overcome the drawbacks of these approaches. We construct a closed loop joint filter learning strategy that generates informative feedback for model self-optimization. Our method can leverage data more efficiently thus reducing the size of the required training set. We extensively evaluate DOTE in two challenging tasks: image super-resolution and cross-modality synthesis. The experimental results demonstrate superior performance of our method over other state-of-the-art methods.

A negative result is when the outcome of an experiment or a model is not what is expected or when a hypothesis does not hold. Despite being often overlooked in the scientific community, negative results are results and they carry value. While this topic has been extensively discussed in other fields such as social sciences and biosciences, less attention has been paid to it in the computer vision community. The unique characteristics of computer vision, particularly its experimental aspect, call for a special treatment of this matter. In this paper, I will address what makes negative results important, how they should be disseminated and incentivized, and what lessons can be learned from cognitive vision research in this regard. Further, I will discuss issues such as computer vision and human vision interaction, experimental design and statistical hypothesis testing, explanatory versus predictive modeling, performance evaluation, model comparison, as well as computer vision research culture. 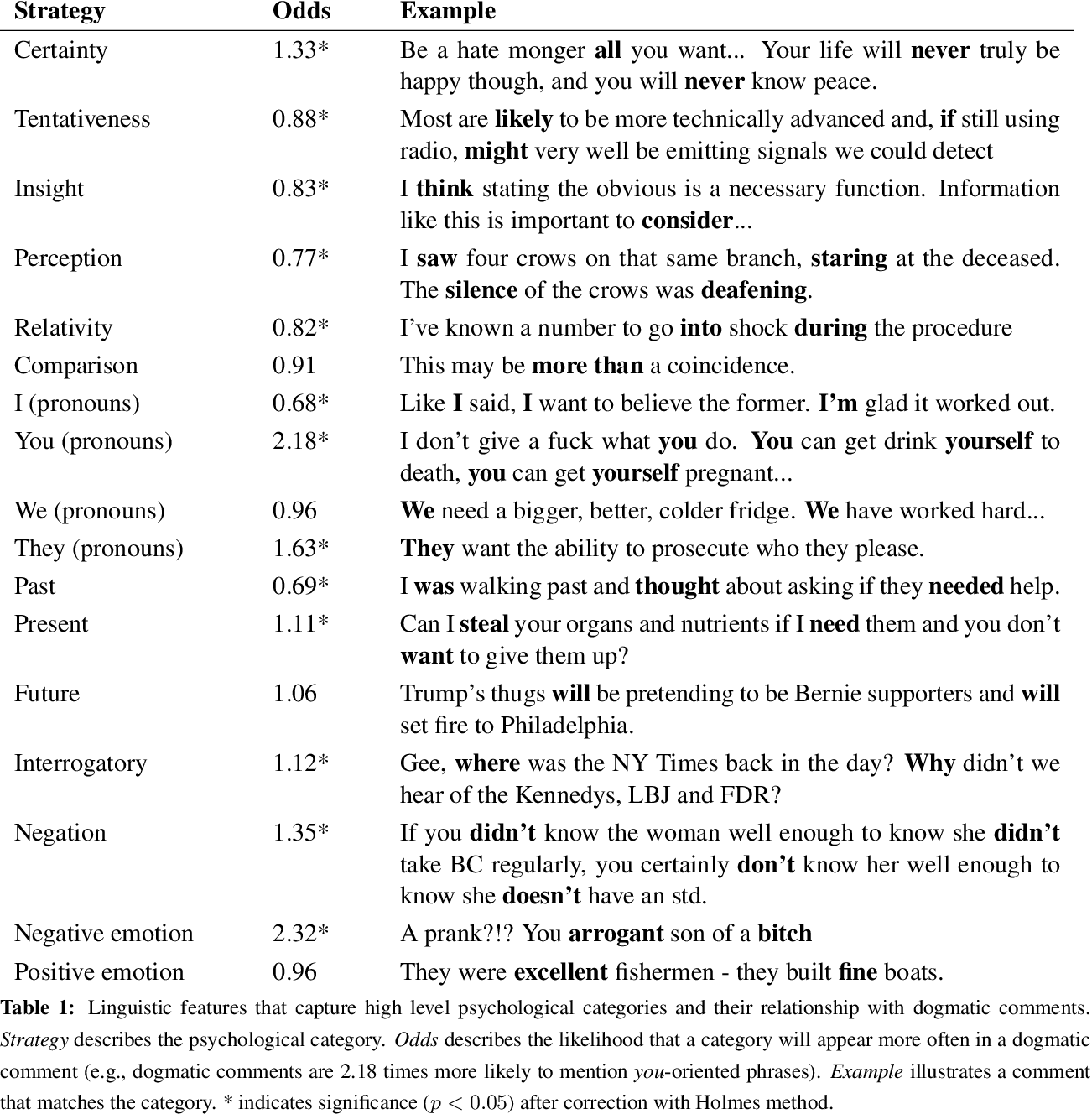 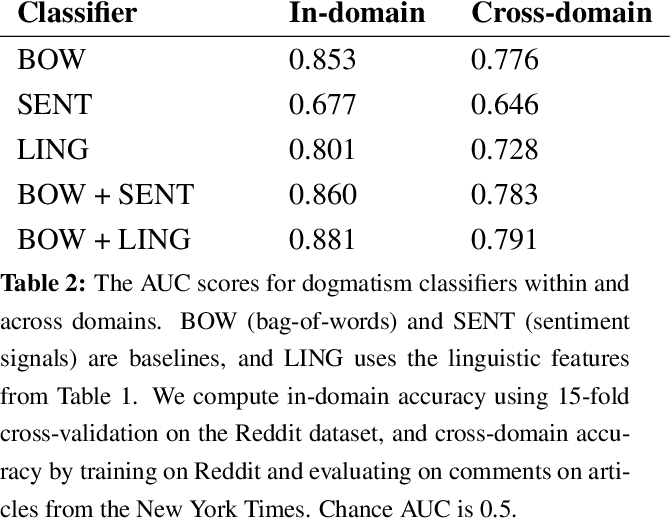 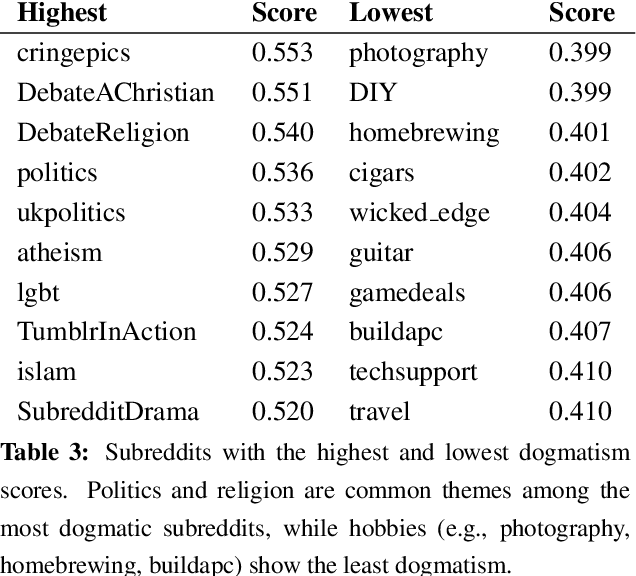 We explore linguistic and behavioral features of dogmatism in social media and construct statistical models that can identify dogmatic comments. Our model is based on a corpus of Reddit posts, collected across a diverse set of conversational topics and annotated via paid crowdsourcing. We operationalize key aspects of dogmatism described by existing psychology theories (such as over-confidence), finding they have predictive power. We also find evidence for new signals of dogmatism, such as the tendency of dogmatic posts to refrain from signaling cognitive processes. When we use our predictive model to analyze millions of other Reddit posts, we find evidence that suggests dogmatism is a deeper personality trait, present for dogmatic users across many different domains, and that users who engage on dogmatic comments tend to show increases in dogmatic posts themselves. 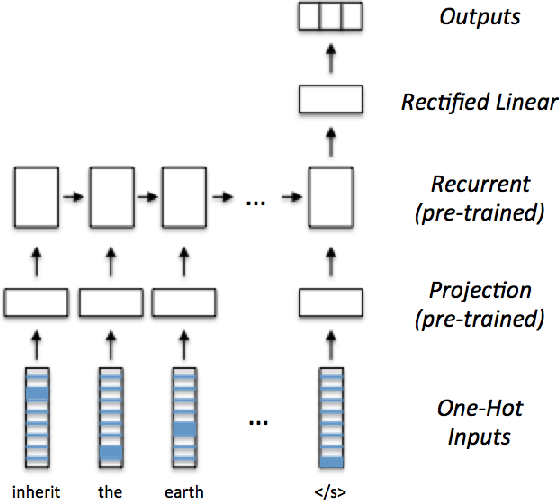 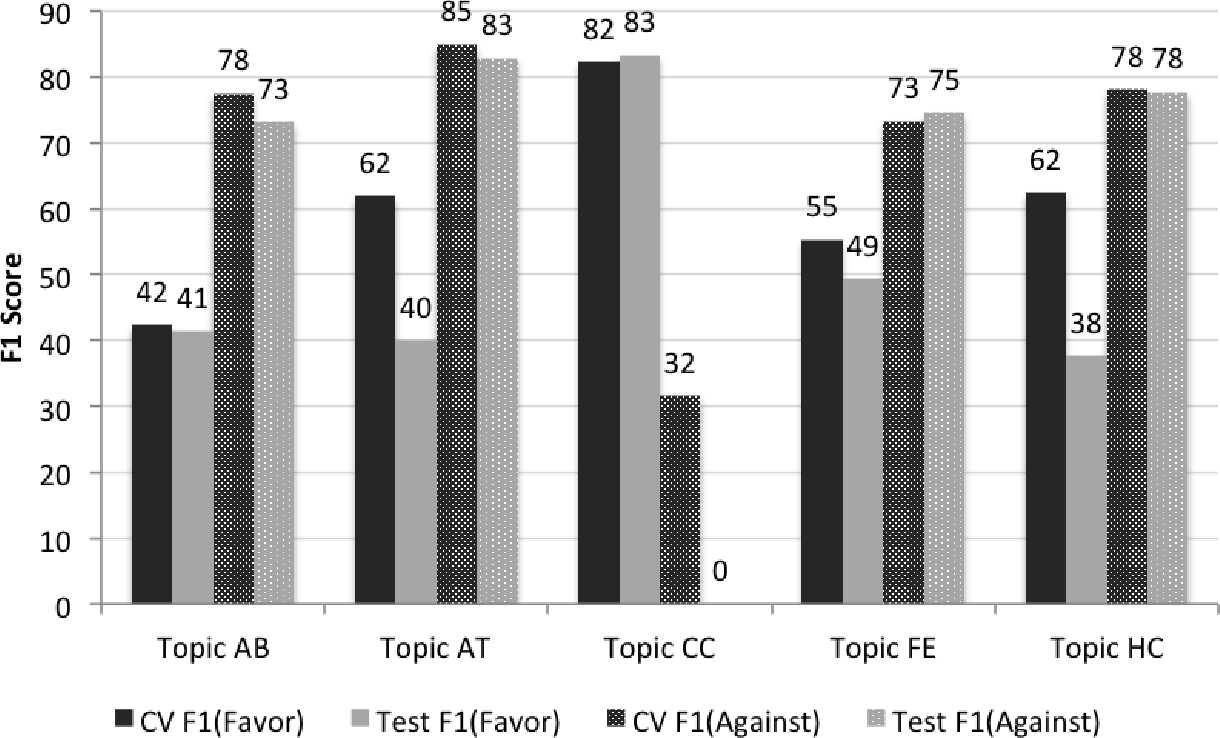 We describe MITRE's submission to the SemEval-2016 Task 6, Detecting Stance in Tweets. This effort achieved the top score in Task A on supervised stance detection, producing an average F1 score of 67.8 when assessing whether a tweet author was in favor or against a topic. We employed a recurrent neural network initialized with features learned via distant supervision on two large unlabeled datasets. We trained embeddings of words and phrases with the word2vec skip-gram method, then used those features to learn sentence representations via a hashtag prediction auxiliary task. These sentence vectors were then fine-tuned for stance detection on several hundred labeled examples. The result was a high performing system that used transfer learning to maximize the value of the available training data. 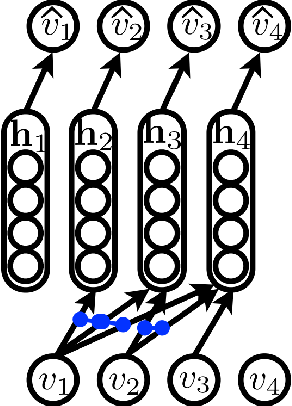 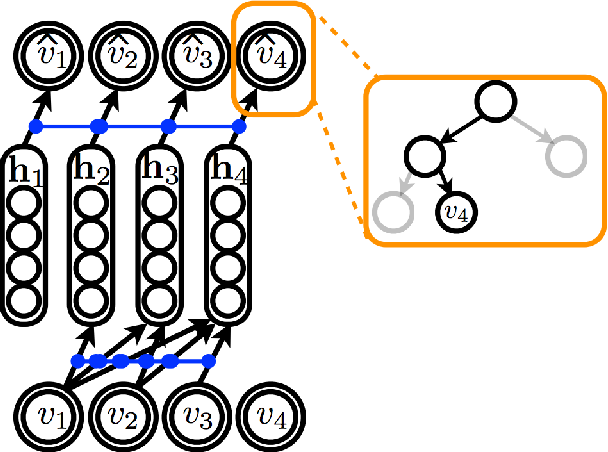 We present an approach based on feed-forward neural networks for learning the distribution of textual documents. This approach is inspired by the Neural Autoregressive Distribution Estimator(NADE) model, which has been shown to be a good estimator of the distribution of discrete-valued igh-dimensional vectors. In this paper, we present how NADE can successfully be adapted to the case of textual data, retaining from NADE the property that sampling or computing the probability of observations can be done exactly and efficiently. The approach can also be used to learn deep representations of documents that are competitive to those learned by the alternative topic modeling approaches. Finally, we describe how the approach can be combined with a regular neural network N-gram model and substantially improve its performance, by making its learned representation sensitive to the larger, document-specific context. 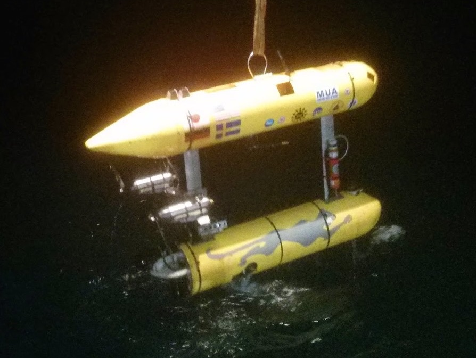 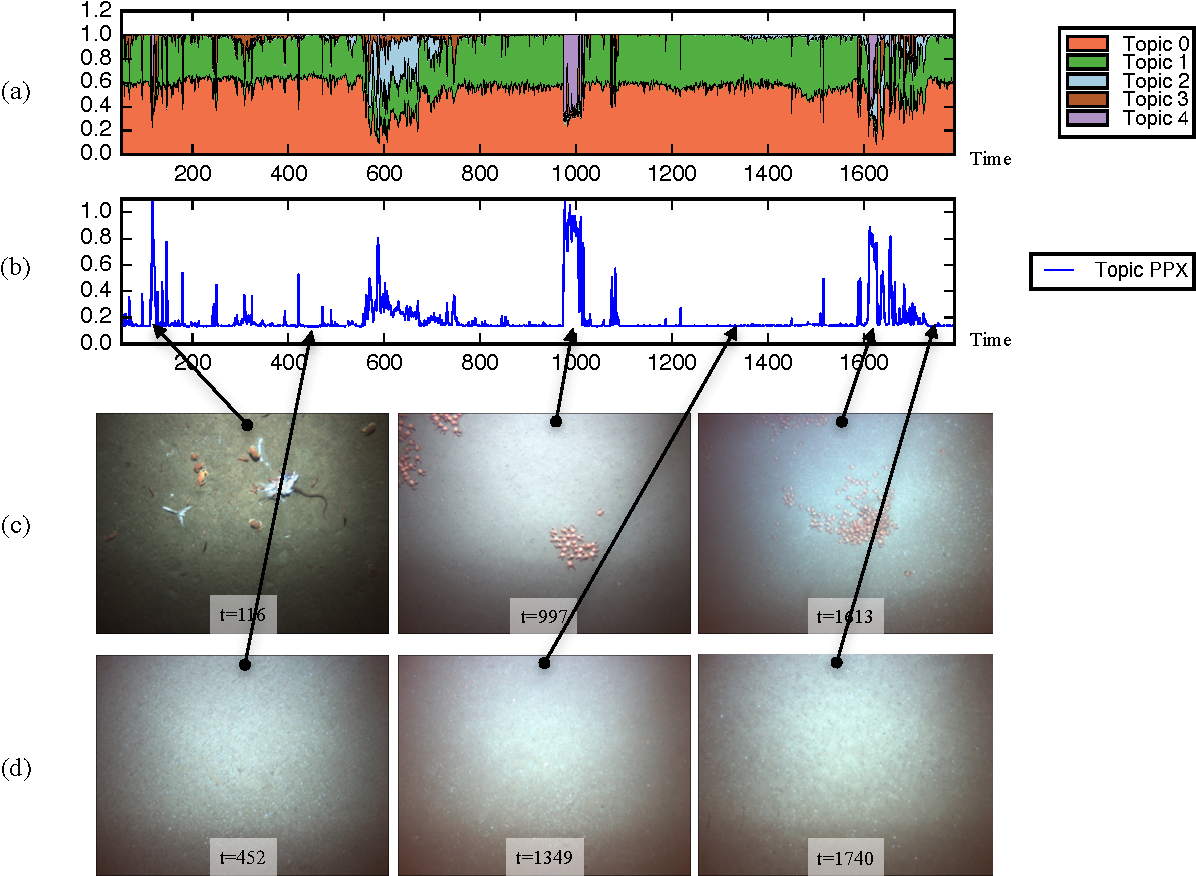 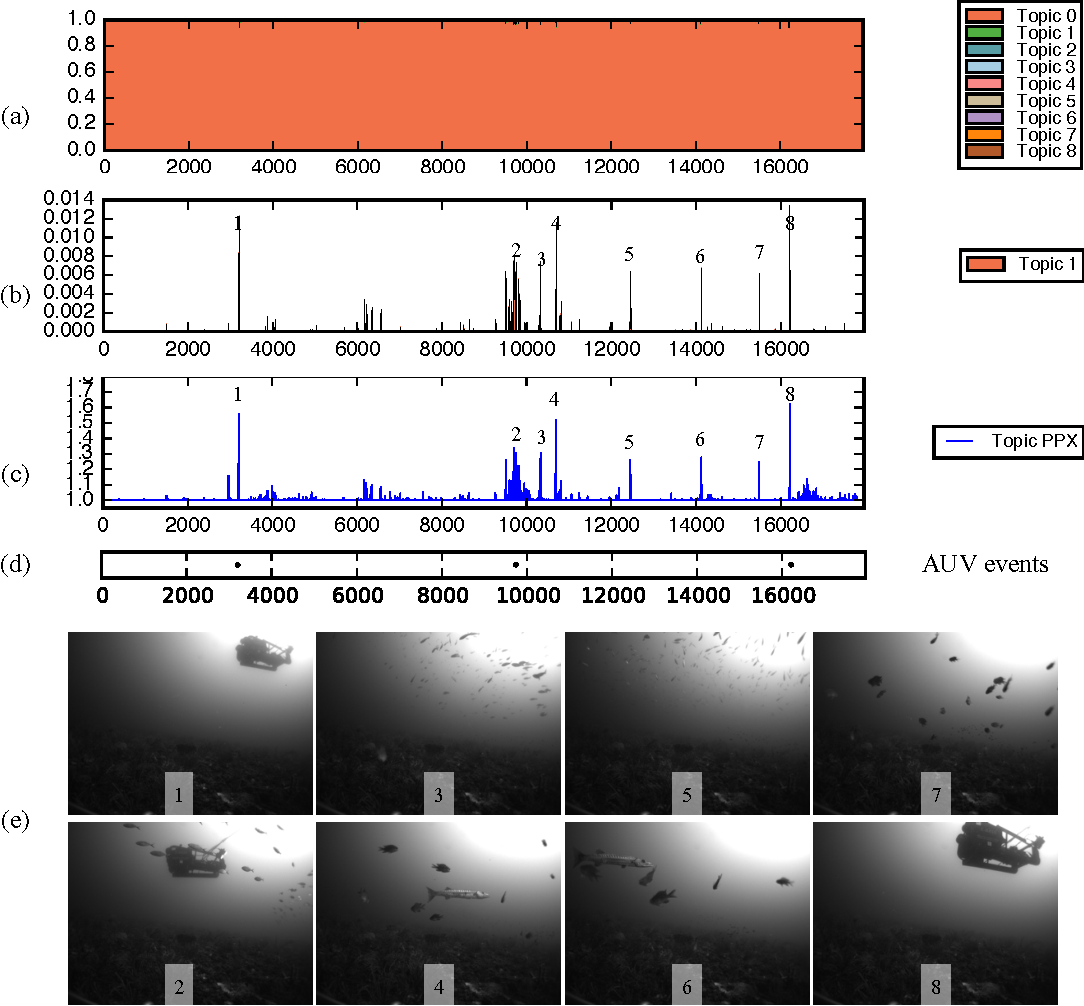 This paper explores the use of a Bayesian non-parametric topic modeling technique for the purpose of anomaly detection in video data. We present results from two experiments. The first experiment shows that the proposed technique is automatically able characterize the underlying terrain, and detect anomalous flora in image data collected by an underwater robot. The second experiment shows that the same technique can be used on images from a static camera in a dynamic unstructured environment. In the second dataset, consisting of video data from a static seafloor camera capturing images of a busy coral reef, the proposed technique was able to detect all three instances of an underwater vehicle passing in front of the camera, amongst many other observations of fishes, debris, lighting changes due to surface waves, and benthic flora. 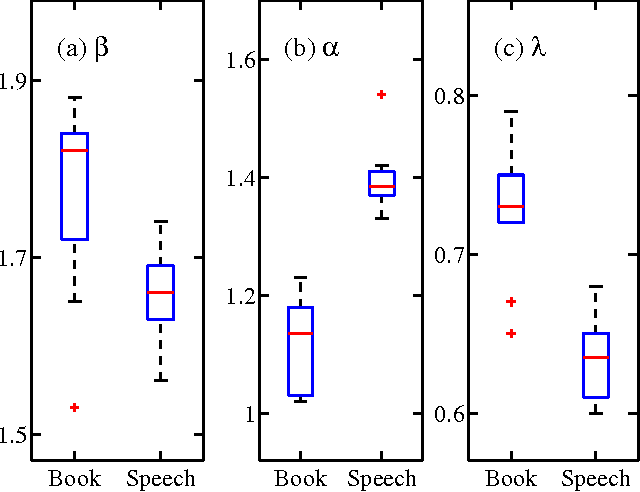 Human language, as a typical complex system, its organization and evolution is an attractive topic for both physical and cultural researchers. In this paper, we present the first exhaustive analysis of the text organization of human speech. Two important results are that: (i) the construction and organization of spoken language can be characterized as Zipf's law and Heaps' law, as observed in written texts; (ii) word frequency vs. rank distribution and the growth of distinct words with the increase of text length shows significant differences between book and speech. In speech word frequency distribution are more concentrated on higher frequency words, and the emergence of new words decreases much rapidly when the content length grows. Based on these observations, a new generalized model is proposed to explain these complex dynamical behaviors and the differences between speech and book. 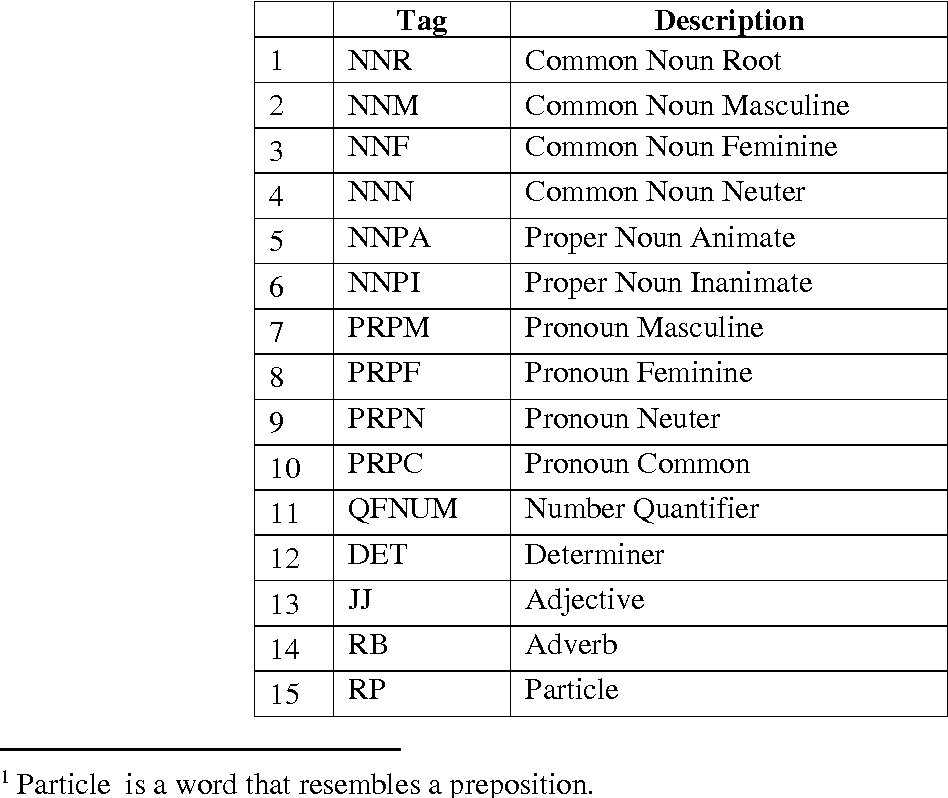 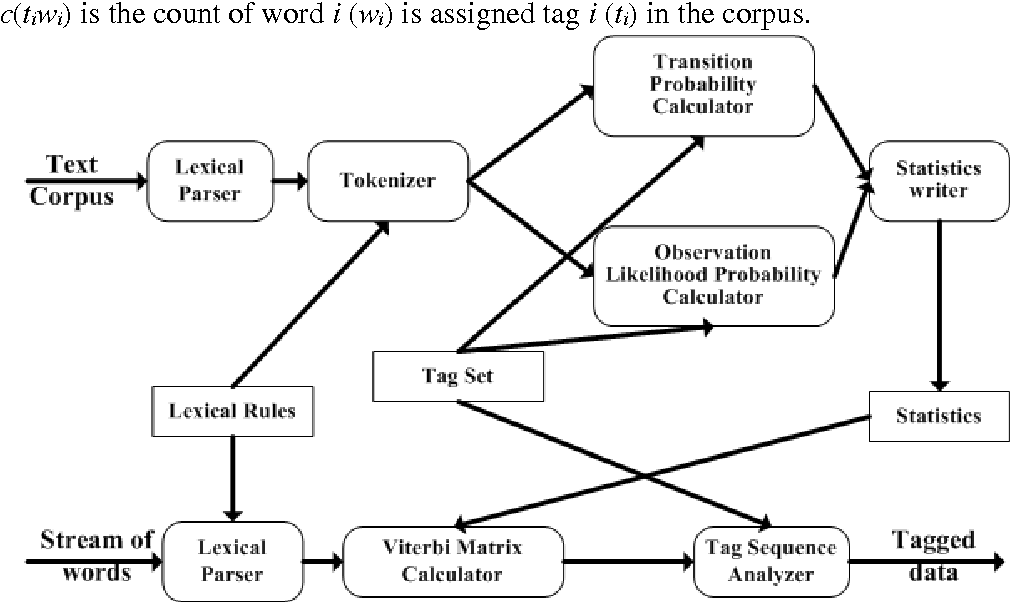 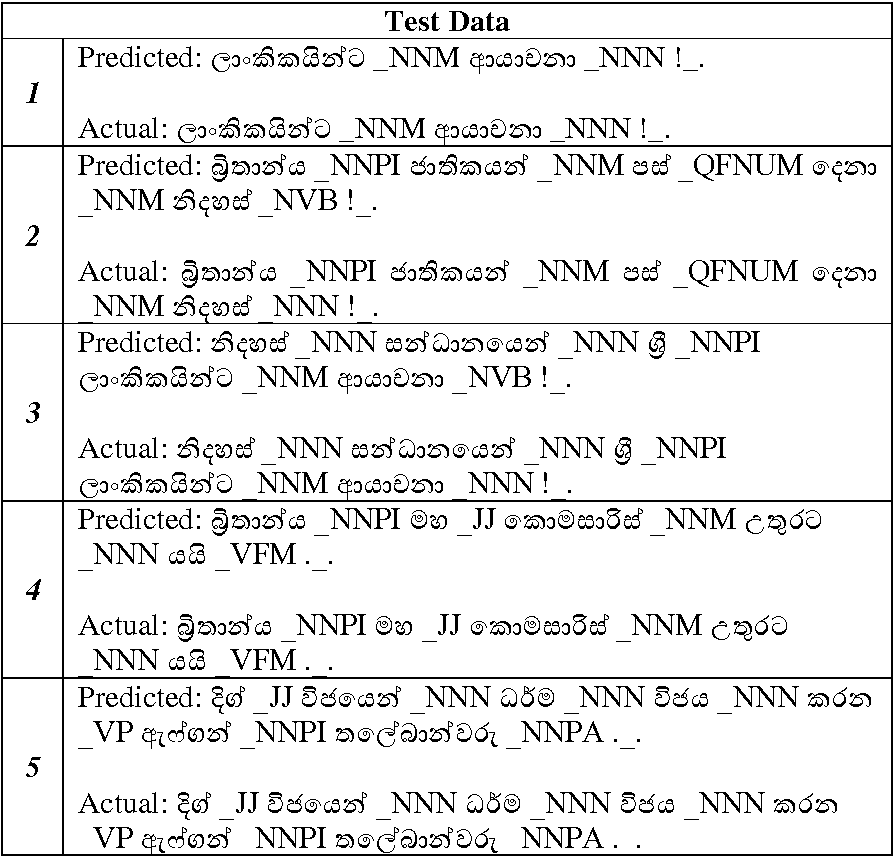 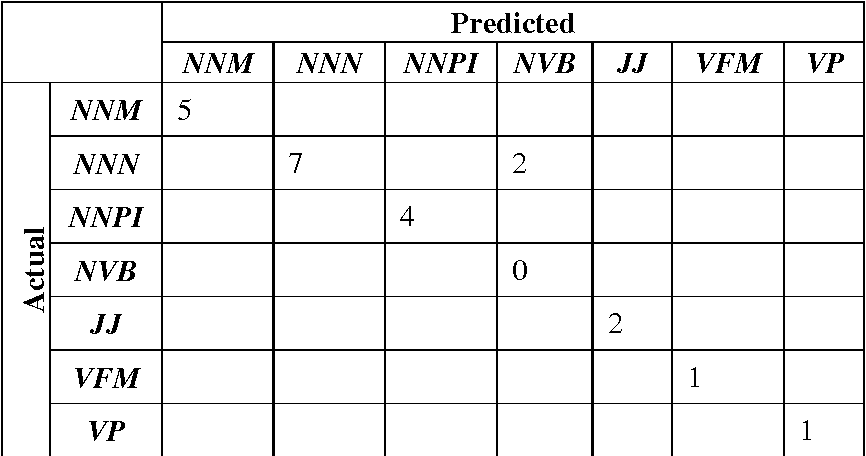 In this paper we present a fundamental lexical semantics of Sinhala language and a Hidden Markov Model (HMM) based Part of Speech (POS) Tagger for Sinhala language. In any Natural Language processing task, Part of Speech is a very vital topic, which involves analysing of the construction, behaviour and the dynamics of the language, which the knowledge could utilized in computational linguistics analysis and automation applications. Though Sinhala is a morphologically rich and agglutinative language, in which words are inflected with various grammatical features, tagging is very essential for further analysis of the language. Our research is based on statistical based approach, in which the tagging process is done by computing the tag sequence probability and the word-likelihood probability from the given corpus, where the linguistic knowledge is automatically extracted from the annotated corpus. The current tagger could reach more than 90% of accuracy for known words.