Flexible Clustering with a Sparse Mixture of Generalized Hyperbolic Distributions 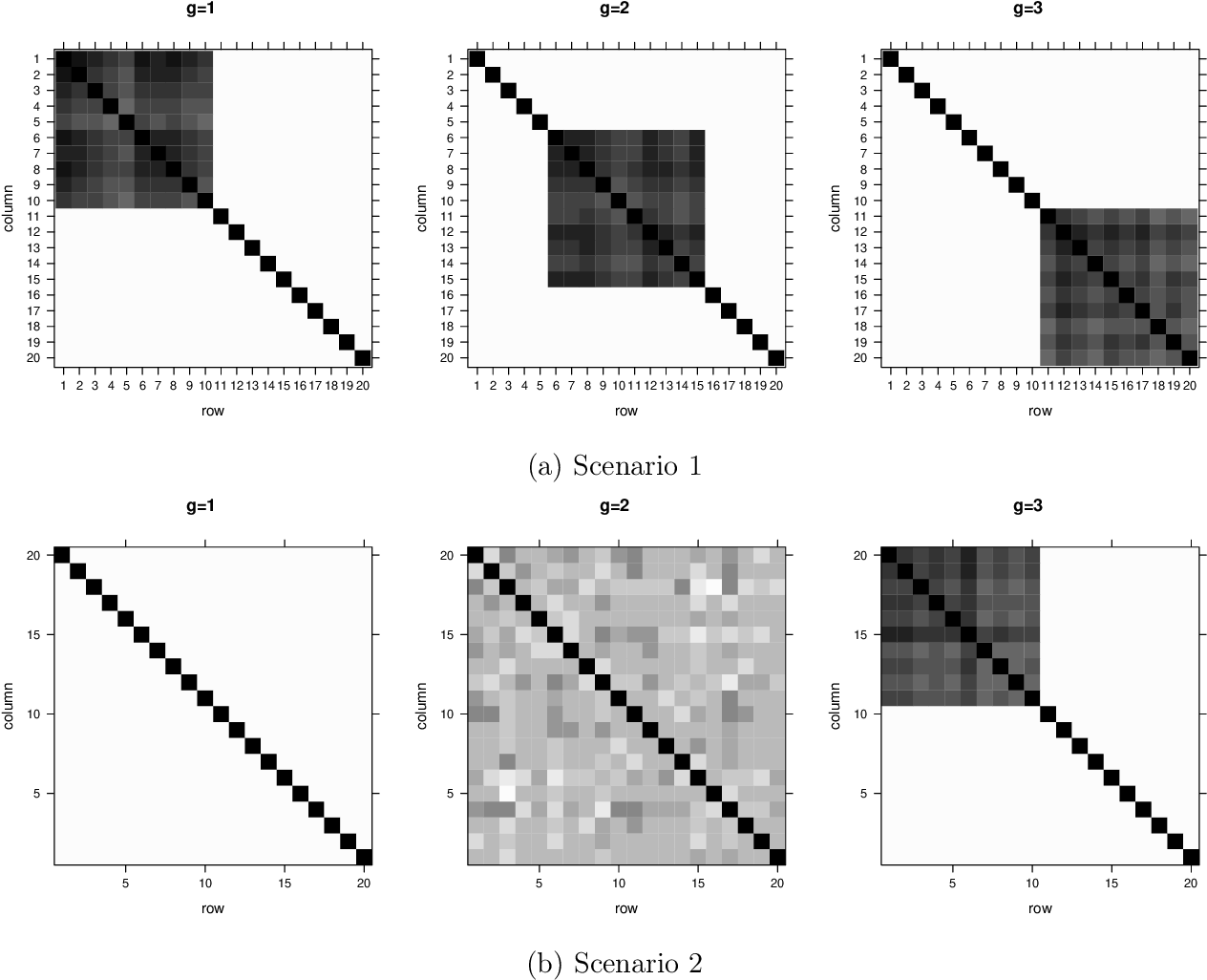 Robust clustering of high-dimensional data is an important topic because, in many practical situations, real data sets are heavy-tailed and/or asymmetric. Moreover, traditional model-based clustering often fails for high dimensional data due to the number of free covariance parameters. A parametrization of the component scale matrices for the mixture of generalized hyperbolic distributions is proposed by including a penalty term in the likelihood constraining the parameters resulting in a flexible model for high dimensional data and a meaningful interpretation. An analytically feasible EM algorithm is developed by placing a gamma-Lasso penalty constraining the concentration matrix. The proposed methodology is investigated through simulation studies and two real data sets. 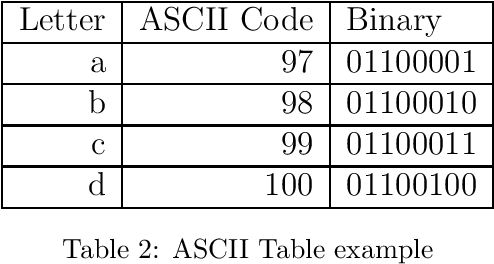 The compression is an important topic in computer science which allows we to storage more amount of data on our data storage. There are several techniques to compress any file. In this manuscript will be described the most important algorithm to compress images such as JPEG and it will be compared with another method to retrieve good reason to not use this method on images. So to compress the text the most encoding technique known is the Huffman Encoding which it will be explained in exhaustive way. In this manuscript will showed how to compute a text compression method on images in particular the method and the reason to choice a determinate image format against the other. The method studied and analyzed in this manuscript is the Re-Pair algorithm which is purely for grammatical context to be compress. At the and it will be showed the good result of this application. 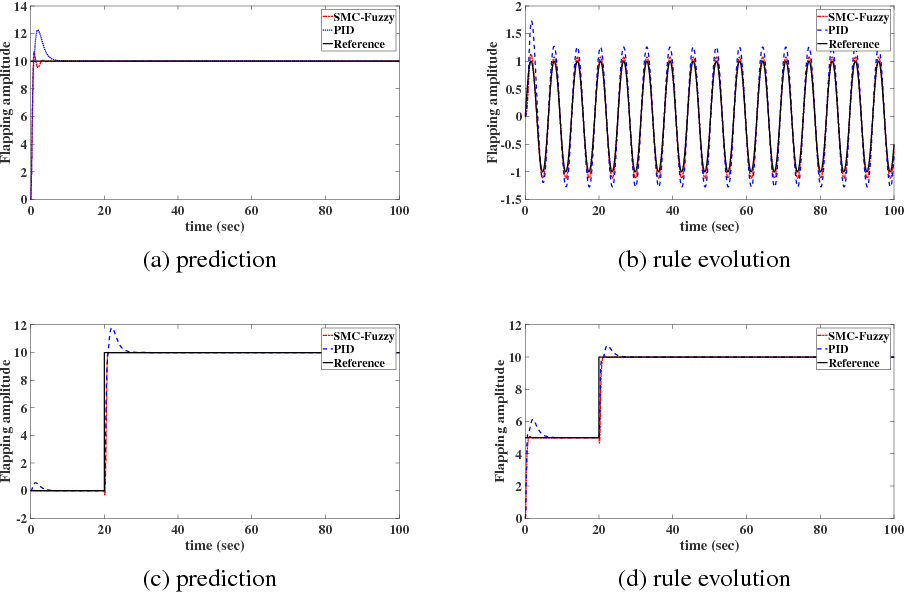 Controlling of a flapping flight is one of the recent research topics related to the field of Flapping Wing Micro Air Vehicle (FW MAV). In this work, an adaptive control system for a four-wing FW MAV is proposed, inspired by its advanced features like quick flight, vertical take-off and landing, hovering, and fast turn, and enhanced manoeuvrability. Sliding Mode Control (SMC) theory has been used to develop the adaptation laws for the proposed adaptive fuzzy controller. The SMC theory confirms the closed-loop stability of the controller. The controller is utilized to control the altitude of the FW MAV, that can adapt to environmental disturbances by tuning the antecedent and consequent parameters of the fuzzy system. 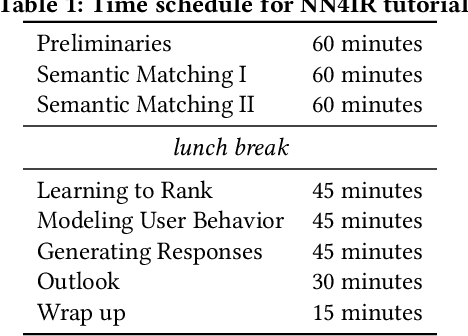 Machine learning plays a role in many aspects of modern IR systems, and deep learning is applied in all of them. The fast pace of modern-day research has given rise to many different approaches for many different IR problems. The amount of information available can be overwhelming both for junior students and for experienced researchers looking for new research topics and directions. Additionally, it is interesting to see what key insights into IR problems the new technologies are able to give us. The aim of this full-day tutorial is to give a clear overview of current tried-and-trusted neural methods in IR and how they benefit IR research. It covers key architectures, as well as the most promising future directions. 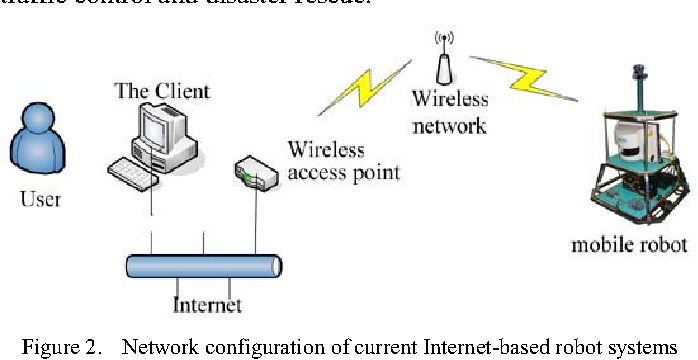 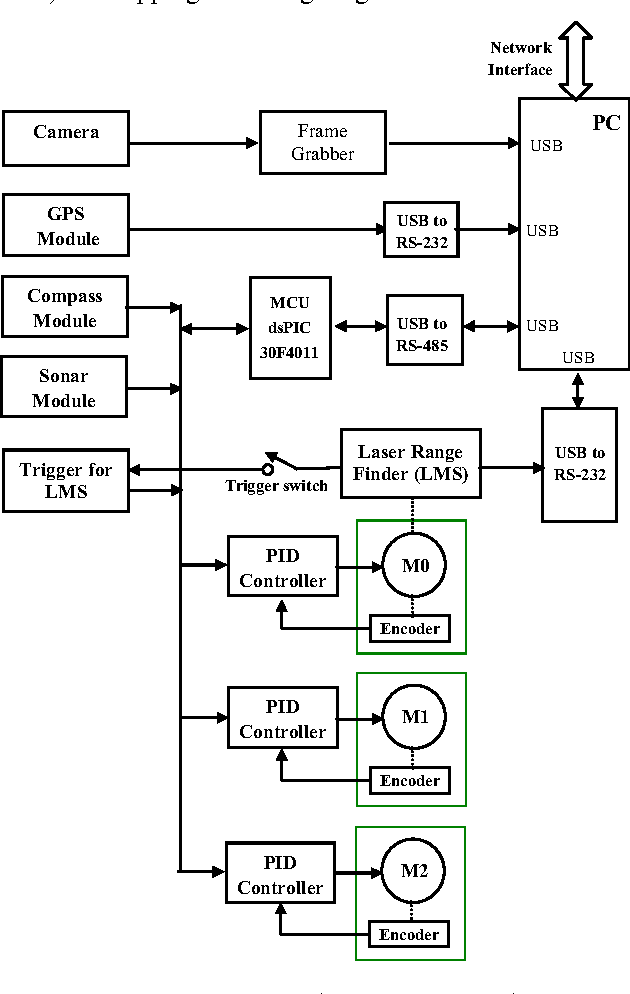 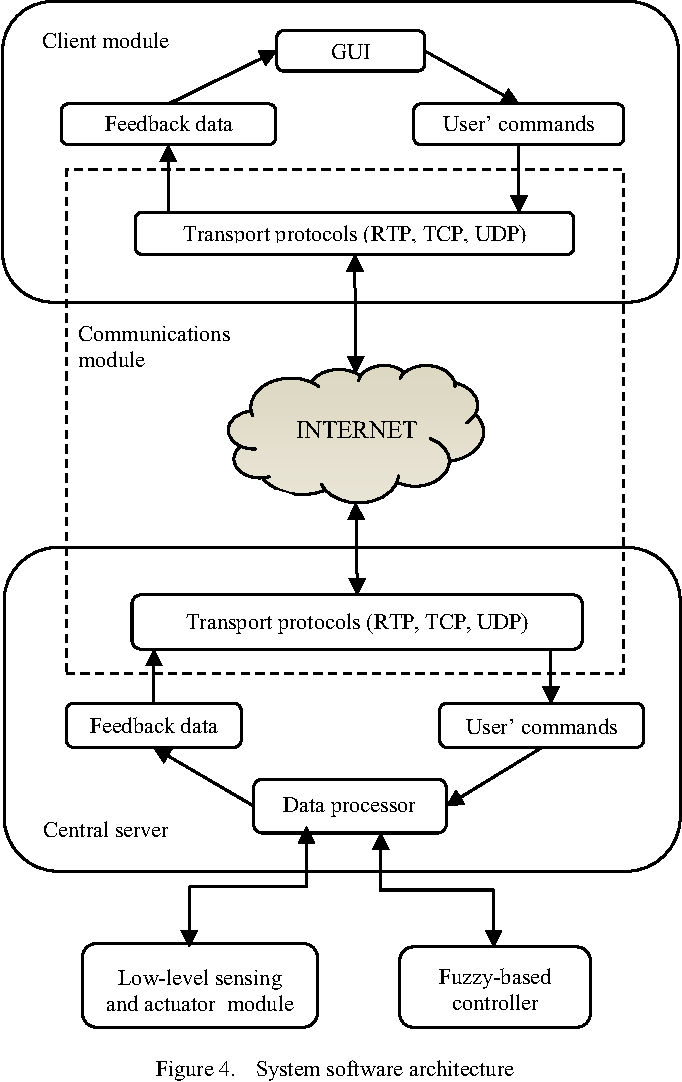 In this paper, we introduce a software and hardware structure for on-line mobile robotic systems. The hardware mainly consists of a Multi-Sensor Smart Robot connected to the Internet through 3G mobile network. The system employs a client-server software architecture in which the exchanged data between the client and the server is transmitted through different transport protocols. Autonomous mechanisms such as obstacle avoidance and safe-point achievement are implemented to ensure the robot safety. This architecture is put into operation on the real Internet and the preliminary result is promising. By adopting this structure, it will be very easy to construct an experimental platform for the research on diverse tele-operation topics such as remote control algorithms, interface designs, network protocols and applications etc.


* In 2012 7th IEEE Conference on Industrial Electronics and Applications (ICIEA) 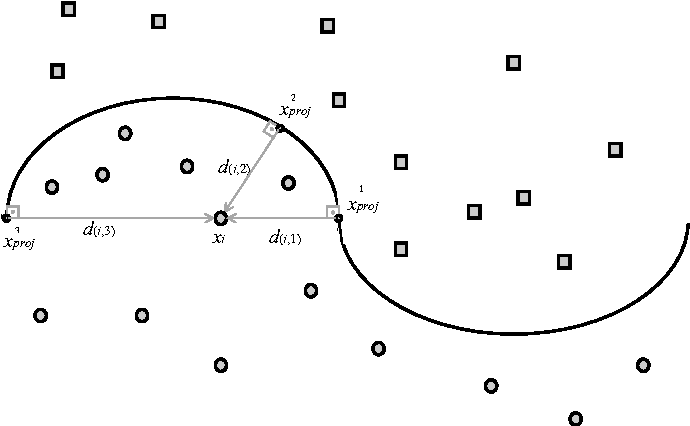 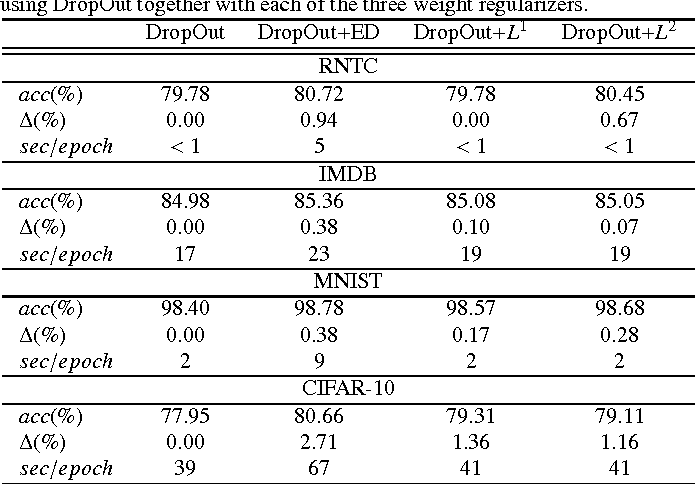 This paper extends our previous work on regularization of neural networks using Eigenvalue Decay by employing a soft approximation of the dominant eigenvalue in order to enable the calculation of its derivatives in relation to the synaptic weights, and therefore the application of back-propagation, which is a primary demand for deep learning. Moreover, we extend our previous theoretical analysis to deep neural networks and multiclass classification problems. Our method is implemented as an additional regularizer in Keras, a modular neural networks library written in Python, and evaluated in the benchmark data sets Reuters Newswire Topics Classification, IMDB database for binary sentiment classification, MNIST database of handwritten digits and CIFAR-10 data set for image classification. 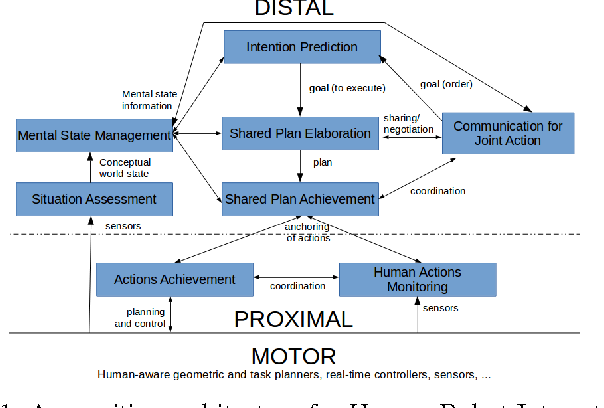 The topic of joint actions has been deeply studied in the context of Human-Human interaction in order to understand how humans cooperate. Creating autonomous robots that collaborate with humans is a complex problem, where it is relevant to apply what has been learned in the context of Human-Human interaction. The question is what skills to implement and how to integrate them in order to build a cognitive architecture, allowing a robot to collaborate efficiently and naturally with humans. In this paper, we first list a set of skills that we consider essential for Joint Action, then we analyze the problem from the robot's point of view and discuss how they can be instantiated in human-robot scenarios. Finally, we open the discussion on how to integrate such skills into a cognitive architecture for human-robot collaborative problem solving and task achievement. 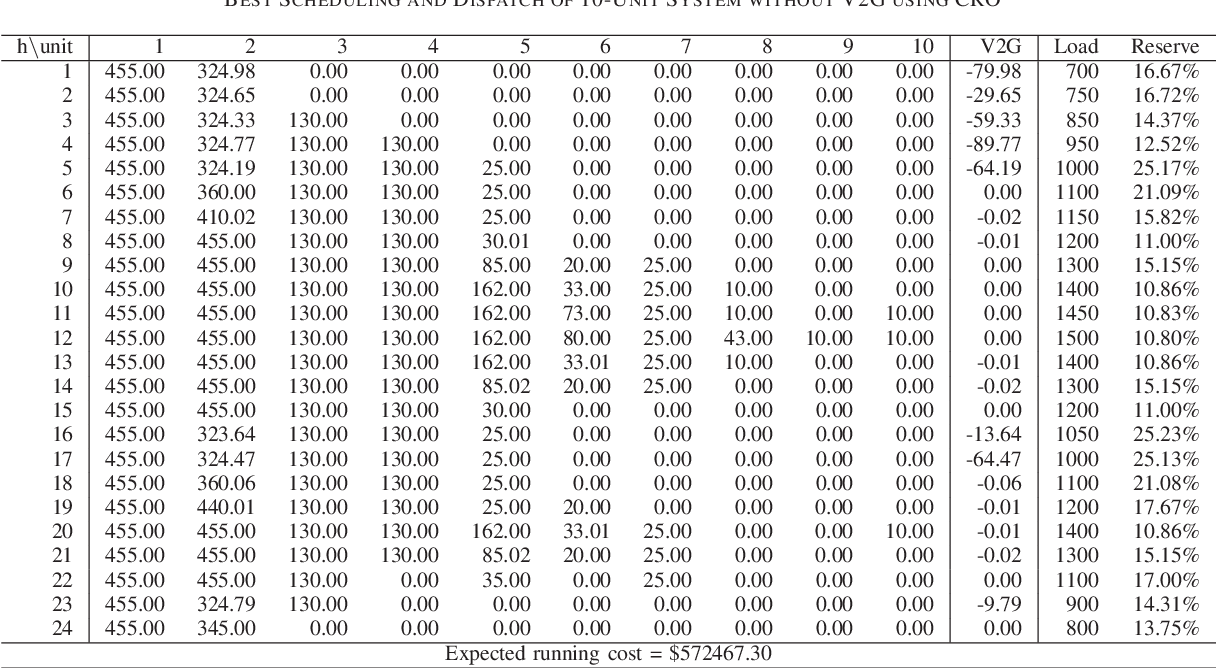 An electric vehicle (EV) may be used as energy storage which allows the bi-directional electricity flow between the vehicle's battery and the electric power grid. In order to flatten the load profile of the electricity system, EV scheduling has become a hot research topic in recent years. In this paper, we propose a new formulation of the joint scheduling of EV and Unit Commitment (UC), called EVUC. Our formulation considers the characteristics of EVs while optimizing the system total running cost. We employ Chemical Reaction Optimization (CRO), a general-purpose optimization algorithm to solve this problem and the simulation results on a widely used set of instances indicate that CRO can effectively optimize this problem. 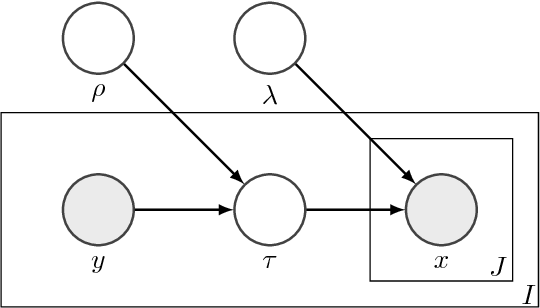 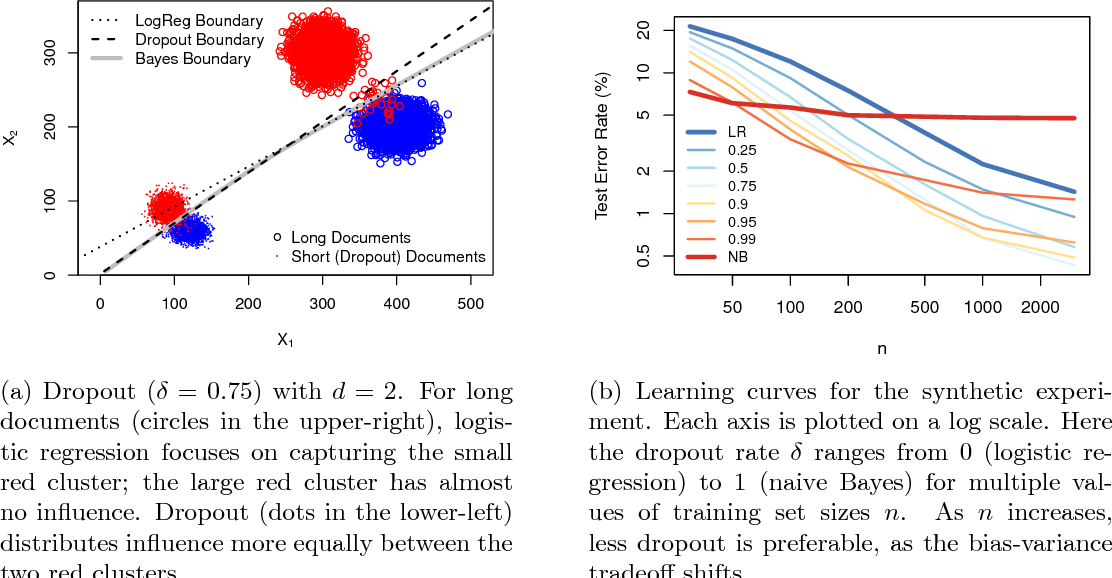 Dropout training, originally designed for deep neural networks, has been successful on high-dimensional single-layer natural language tasks. This paper proposes a theoretical explanation for this phenomenon: we show that, under a generative Poisson topic model with long documents, dropout training improves the exponent in the generalization bound for empirical risk minimization. Dropout achieves this gain much like a marathon runner who practices at altitude: once a classifier learns to perform reasonably well on training examples that have been artificially corrupted by dropout, it will do very well on the uncorrupted test set. We also show that, under similar conditions, dropout preserves the Bayes decision boundary and should therefore induce minimal bias in high dimensions.