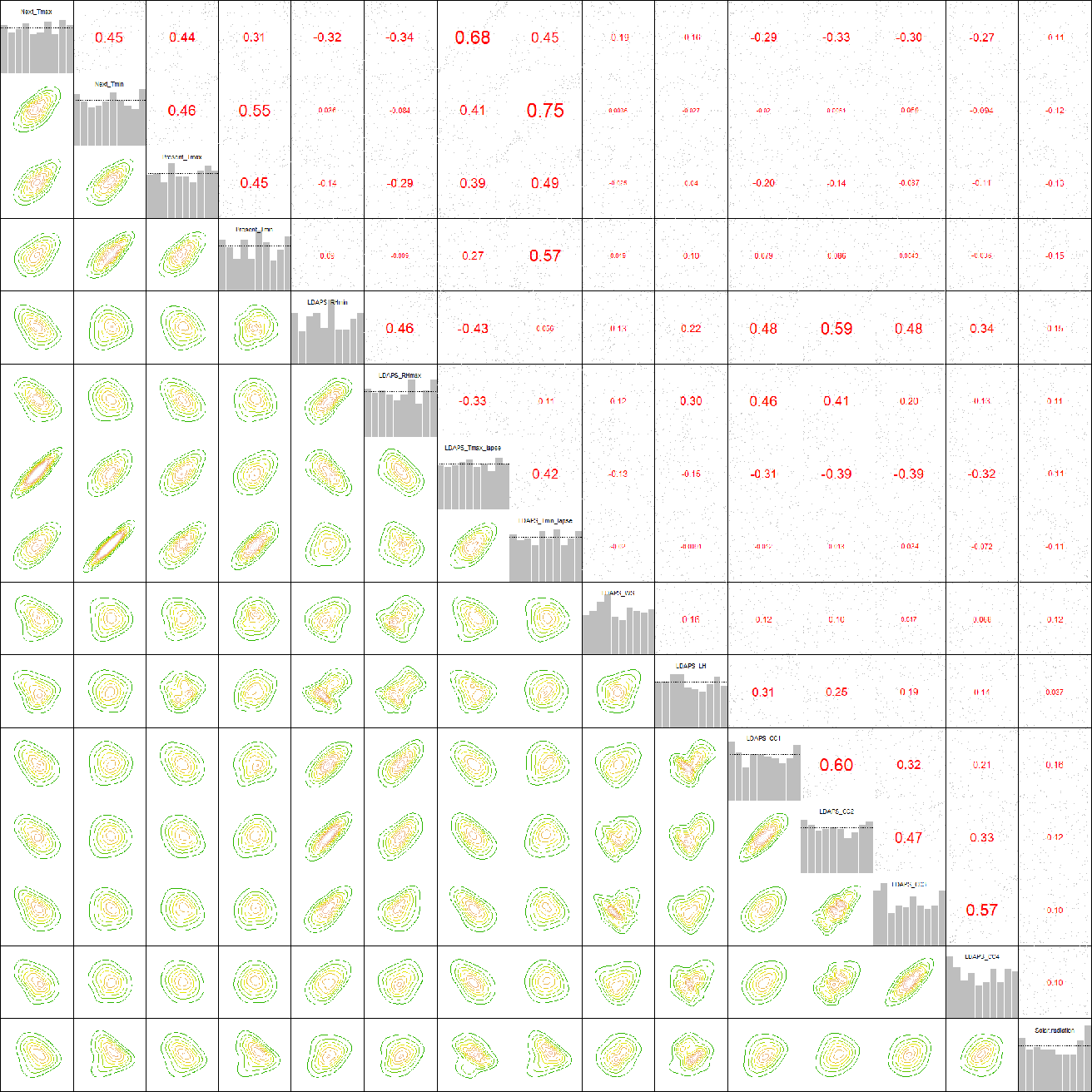 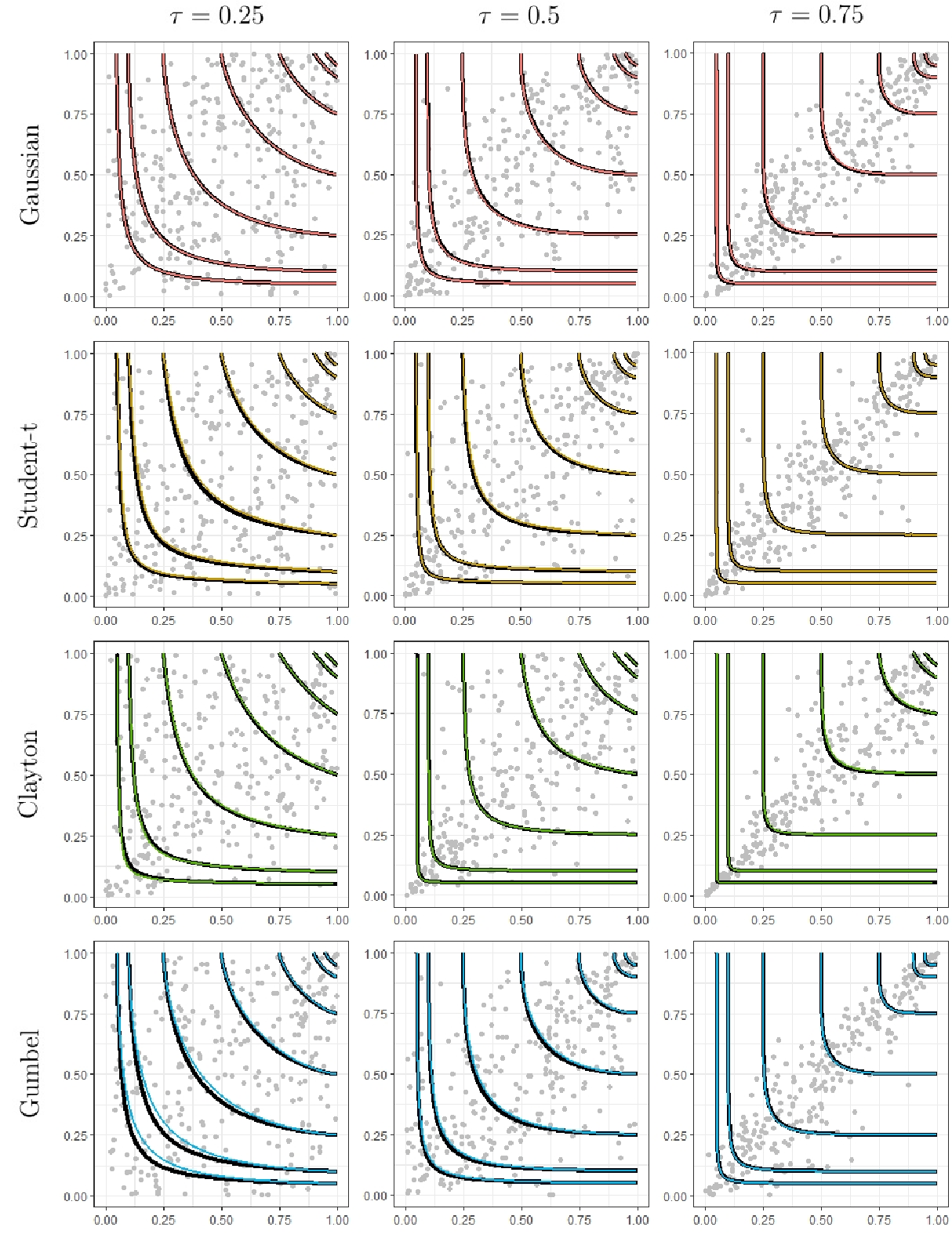 The statistical analysis of univariate quantiles is a well developed research topic. However, there is a profound need for research in multivariate quantiles. We tackle the topic of bivariate quantiles and bivariate quantile regression using vine copulas. They are graph theoretical models identified by a sequence of linked trees, which allow for separate modelling of marginal distributions and the dependence structure. We introduce a novel graph structure model (given by a tree sequence) specifically designed for a symmetric treatment of two responses in a predictive regression setting. We establish computational tractability of the model and a straight forward way of obtaining different conditional distributions. Using vine copulas the typical shortfalls of regression, as the need for transformations or interactions of predictors, collinearity or quantile crossings are avoided. We illustrate the copula based bivariate quantiles for different copula distributions and provide a data set example. Further, the data example emphasizes the benefits of the joint bivariate response modelling in contrast to two separate univariate regressions or by assuming conditional independence, for bivariate response data set in the presence of conditional dependence. 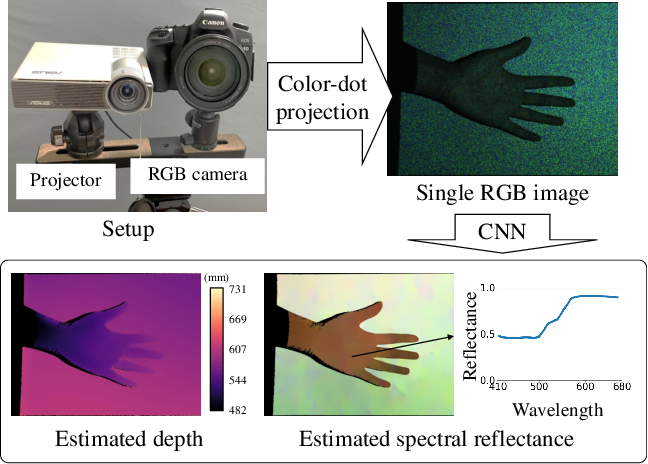 Past Visions of Artificial Futures: One Hundred and Fifty Years under the Spectre of Evolving Machines

The influence of Artificial Intelligence (AI) and Artificial Life (ALife) technologies upon society, and their potential to fundamentally shape the future evolution of humankind, are topics very much at the forefront of current scientific, governmental and public debate. While these might seem like very modern concerns, they have a long history that is often disregarded in contemporary discourse. Insofar as current debates do acknowledge the history of these ideas, they rarely look back further than the origin of the modern digital computer age in the 1940s-50s. In this paper we explore the earlier history of these concepts. We focus in particular on the idea of self-reproducing and evolving machines, and potential implications for our own species. We show that discussion of these topics arose in the 1860s, within a decade of the publication of Darwin's The Origin of Species, and attracted increasing interest from scientists, novelists and the general public in the early 1900s. After introducing the relevant work from this period, we categorise the various visions presented by these authors of the future implications of evolving machines for humanity. We suggest that current debates on the co-evolution of society and technology can be enriched by a proper appreciation of the long history of the ideas involved. 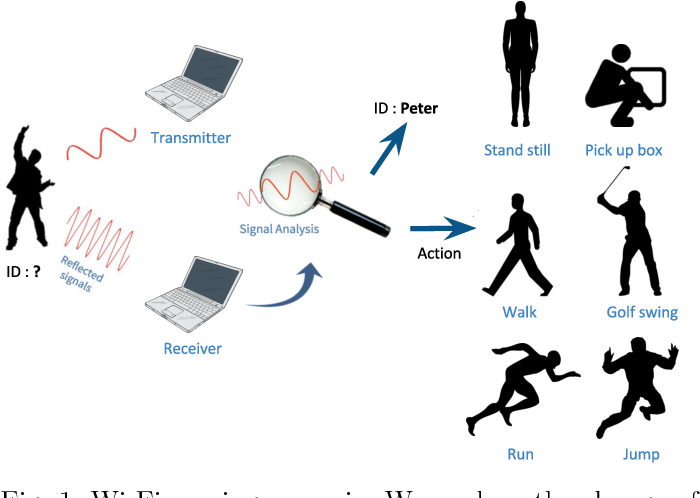 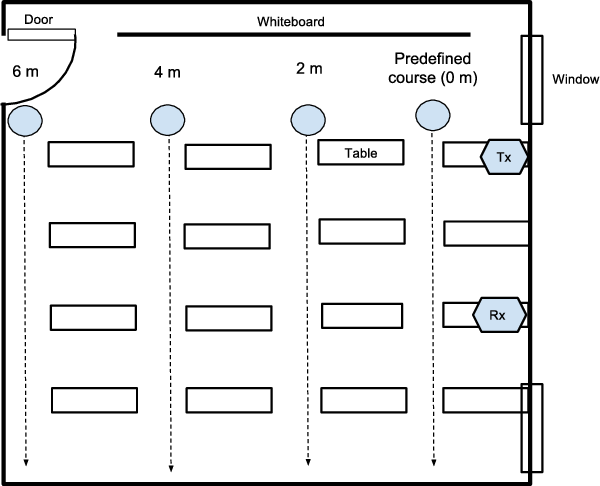 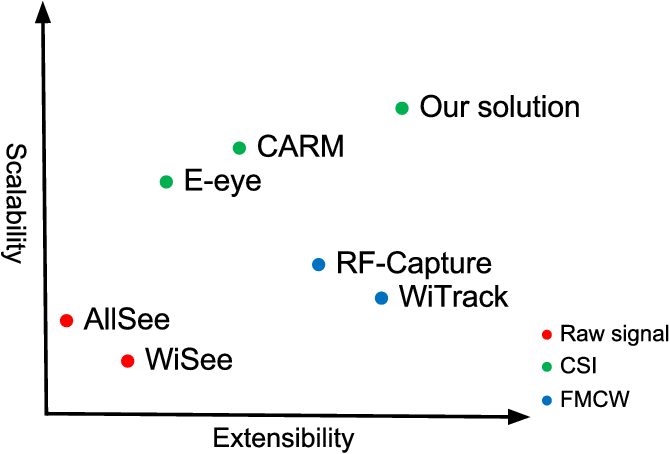 Recently, Wi-Fi has caught tremendous attention for its ubiquity, and, motivated by Wi-Fi's low cost and privacy preservation, researchers have been putting lots of investigation into its potential on action recognition and even person identification. In this paper, we offer an comprehensive overview on these two topics in Wi-Fi. Also, through looking at these two topics from an unprecedented perspective, we could achieve generality instead of designing specific ad-hoc features for each scenario. Observing the great resemblance of Channel State Information (CSI, a fine-grained information captured from the received Wi-Fi signal) to texture, we proposed a brand-new framework based on computer vision methods. To minimize the effect of location dependency embedded in CSI, we propose a novel de-noising method based on Singular Value Decomposition (SVD) to eliminate the background energy and effectively extract the channel information of signals reflected by human bodies. From the experiments conducted, we demonstrate the feasibility and efficacy of the proposed methods. Also, we conclude factors that would affect the performance and highlight a few promising issues that require further deliberation. 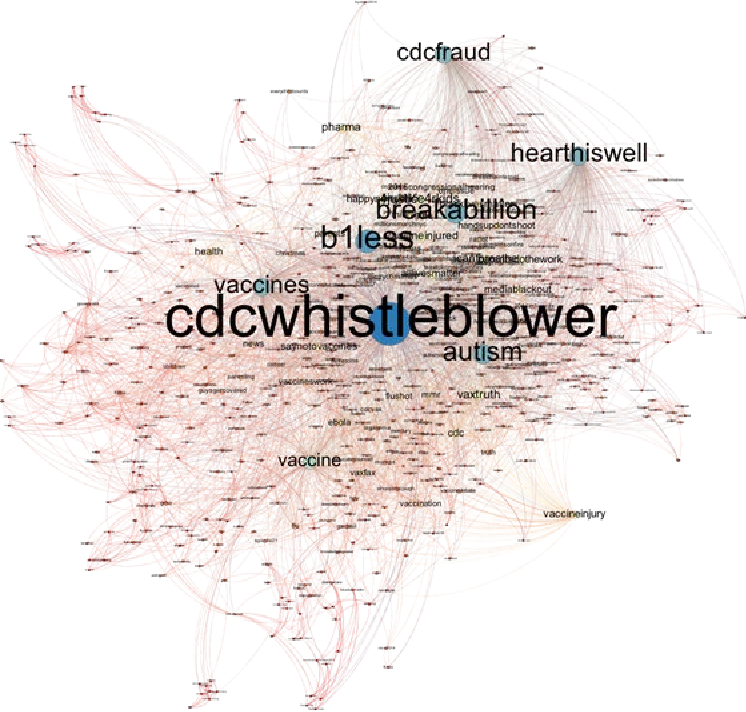 A number of organizations ranging from terrorist groups such as ISIS to politicians and nation states reportedly conduct explicit campaigns to influence opinion on social media, posing a risk to democratic processes. There is thus a growing need to identify and eliminate "influence bots" - realistic, automated identities that illicitly shape discussion on sites like Twitter and Facebook - before they get too influential. Spurred by such events, DARPA held a 4-week competition in February/March 2015 in which multiple teams supported by the DARPA Social Media in Strategic Communications program competed to identify a set of previously identified "influence bots" serving as ground truth on a specific topic within Twitter. Past work regarding influence bots often has difficulty supporting claims about accuracy, since there is limited ground truth (though some exceptions do exist [3,7]). However, with the exception of [3], no past work has looked specifically at identifying influence bots on a specific topic. This paper describes the DARPA Challenge and describes the methods used by the three top-ranked teams.

The task of identifying the author of a text spans several decades and was tackled using linguistics, statistics, and, more recently, machine learning. Inspired by the impressive performance gains across a broad range of natural language processing tasks and by the recent availability of the PAN large-scale authorship dataset, we first study the effectiveness of several BERT-like transformers for the task of authorship verification. Such models prove to achieve very high scores consistently. Next, we empirically show that they focus on topical clues rather than on author writing style characteristics, taking advantage of existing biases in the dataset. To address this problem, we provide new splits for PAN-2020, where training and test data are sampled from disjoint topics or authors. Finally, we introduce DarkReddit, a dataset with a different input data distribution. We further use it to analyze the domain generalization performance of models in a low-data regime and how performance varies when using the proposed PAN-2020 splits for fine-tuning. We show that those splits can enhance the models' capability to transfer knowledge over a new, significantly different dataset.

We present a literature survey on non-interactive computational story generation. The article starts with the presentation of requirements for creative systems, three types of models of creativity (computational, socio-cultural, and individual), and models of human creative writing. Then it reviews each class of story generation approach depending on the used technology: story-schemas, analogy, rules, planning, evolutionary algorithms, implicit knowledge learning, and explicit knowledge learning. Before the concluding section, the article analyses the contributions of the reviewed work to improve the quality of the generated stories. This analysis addresses the description of the story characters, the use of narrative knowledge including about character believability, and the possible lack of more comprehensive or more detailed knowledge or creativity models. Finally, the article presents concluding remarks in the form of suggestions of research topics that might have a significant impact on the advancement of the state of the art on autonomous non-interactive story generation systems. The article concludes that the autonomous generation and adoption of the main idea to be conveyed and the autonomous design of the creativity ensuring criteria are possibly two of most important topics for future research. 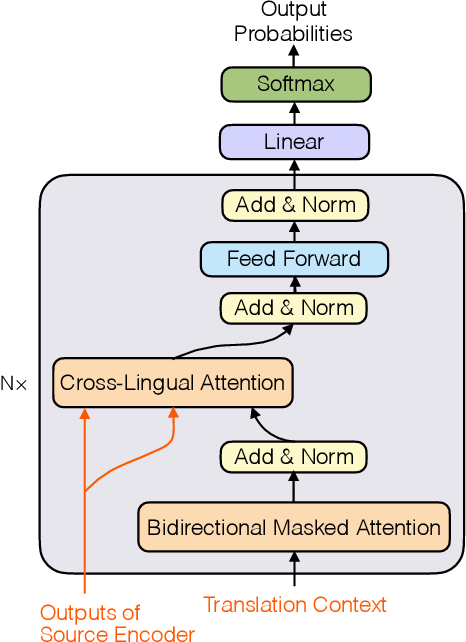 Computer-aided translation (CAT), the use of software to assist a human translator in the translation process, has been proven to be useful in enhancing the productivity of human translators. Autocompletion, which suggests translation results according to the text pieces provided by human translators, is a core function of CAT. There are two limitations in previous research in this line. First, most research works on this topic focus on sentence-level autocompletion (i.e., generating the whole translation as a sentence based on human input), but word-level autocompletion is under-explored so far. Second, almost no public benchmarks are available for the autocompletion task of CAT. This might be among the reasons why research progress in CAT is much slower compared to automatic MT. In this paper, we propose the task of general word-level autocompletion (GWLAN) from a real-world CAT scenario, and construct the first public benchmark to facilitate research in this topic. In addition, we propose an effective method for GWLAN and compare it with several strong baselines. Experiments demonstrate that our proposed method can give significantly more accurate predictions than the baseline methods on our benchmark datasets. 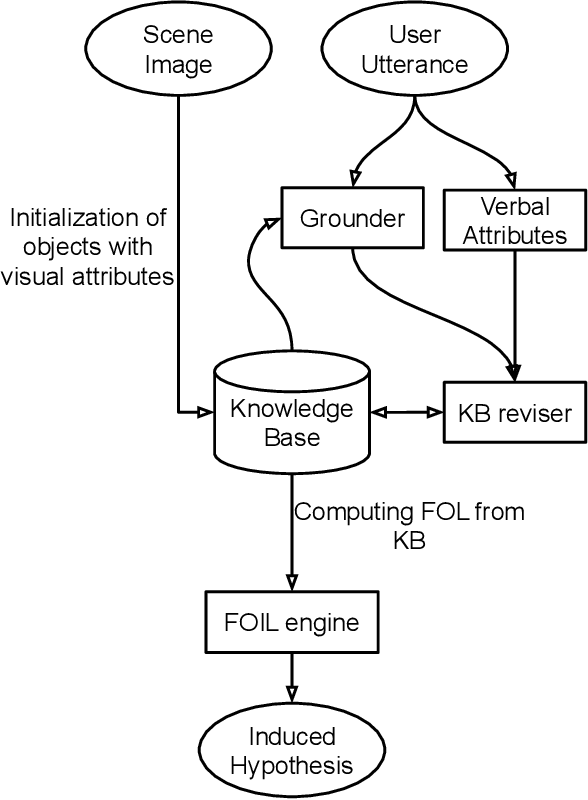 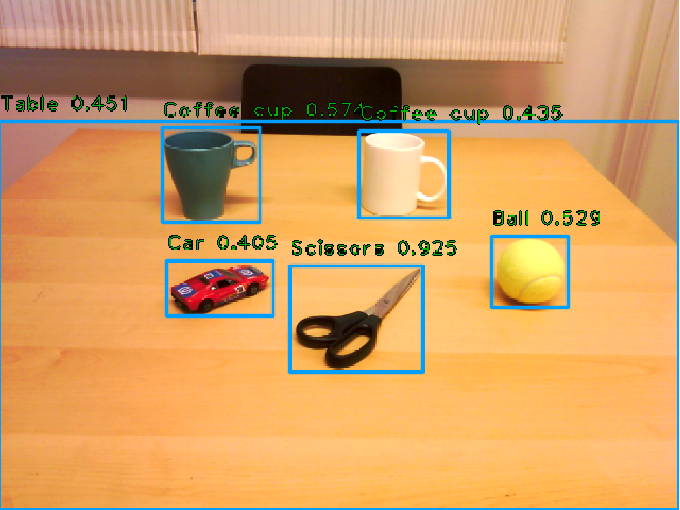 Humans have a rich representation of the entities in their environment. Entities are described by their attributes, and entities that share attributes are often semantically related. For example, if two books have "Natural Language Processing" as the value of their `title' attribute, we can expect that their `topic' attribute will also be equal, namely, "NLP". Humans tend to generalize such observations, and infer sufficient conditions under which the `topic' attribute of any entity is "NLP". If robots need to interact successfully with humans, they need to represent entities, attributes, and generalizations in a similar way. This ends in a contextualized cognitive agent that can adapt its understanding, where context provides sufficient conditions for a correct understanding. In this work, we address the problem of how to obtain these representations through human-robot interaction. We integrate visual perception and natural language input to incrementally build a semantic model of the world, and then use inductive reasoning to infer logical rules that capture generic semantic relations, true in this model. These relations can be used to enrich the human-robot interaction, to populate a knowledge base with inferred facts, or to remove uncertainty in the robot's sensory inputs.