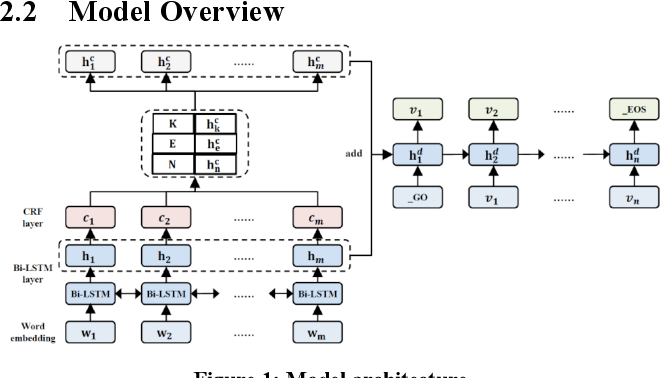 Conversational context understanding aims to recognize the real intention of user from the conversation history, which is critical for building the dialogue system. However, the multi-turn conversation understanding in open domain is still quite challenging, which requires the system extracting the important information and resolving the dependencies in contexts among a variety of open topics. In this paper, we propose the conversational query rewriting model - MLR, which is a Multi-task model on sequence Labeling and query Rewriting. MLR reformulates the multi-turn conversational queries into a single turn query, which conveys the true intention of users concisely and alleviates the difficulty of the multi-turn dialogue modeling. In the model, we formulate the query rewriting as a sequence generation problem and introduce word category information via the auxiliary word category label predicting task. To train our model, we construct a new Chinese query rewriting dataset and conduct experiments on it. The experimental results show that our model outperforms compared models, and prove the effectiveness of the word category information in improving the rewriting performance. 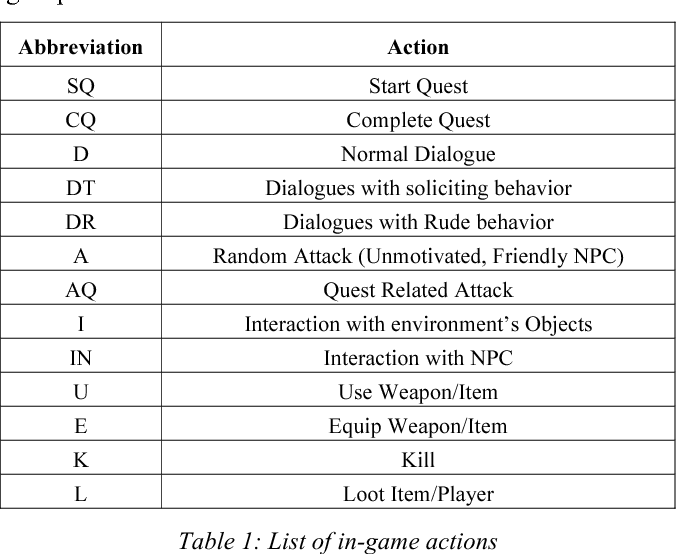 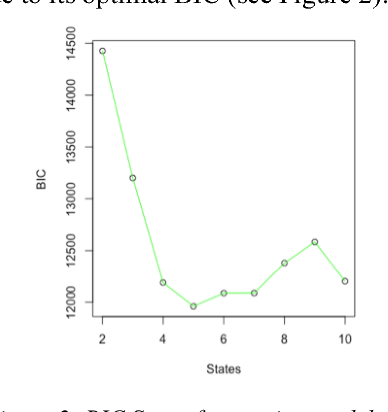 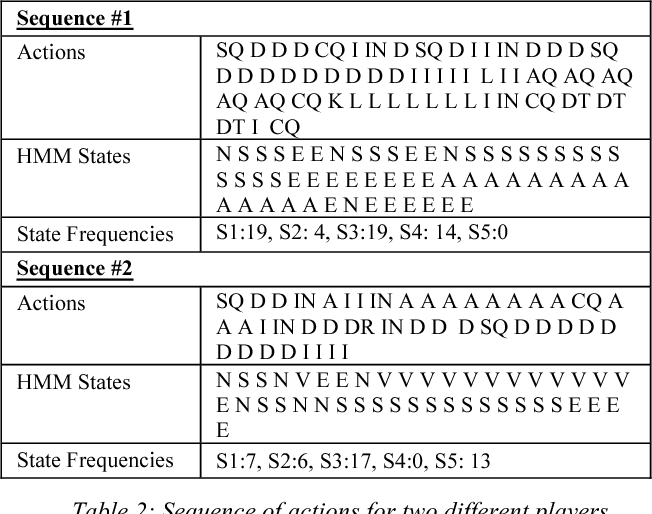 Player modeling is an important concept that has gained much attention in game research due to its utility in developing adaptive techniques to target better designs for engagement and retention. Previous work has explored modeling individual differences using machine learning algorithms per- formed on aggregated game actions. However, players' individual differences may be better manifested through sequential patterns of the in-game player's actions. While few works have explored sequential analysis of player data, none have explored the use of Hidden Markov Models (HMM) to model individual differences, which is the topic of this paper. In par- ticular, we developed a modeling approach using data col- lected from players playing a Role-Playing Game (RPG). Our proposed approach is two fold: 1. We present a Hidden Markov Model (HMM) of player in-game behaviors to model individual differences, and 2. using the output of the HMM, we generate behavioral features used to classify real world players' characteristics, including game expertise and the big five personality traits. Our results show predictive power for some of personality traits, such as game expertise and conscientiousness, but the most influential factor was game expertise.

A Methodology for Player Modeling based on Machine Learning 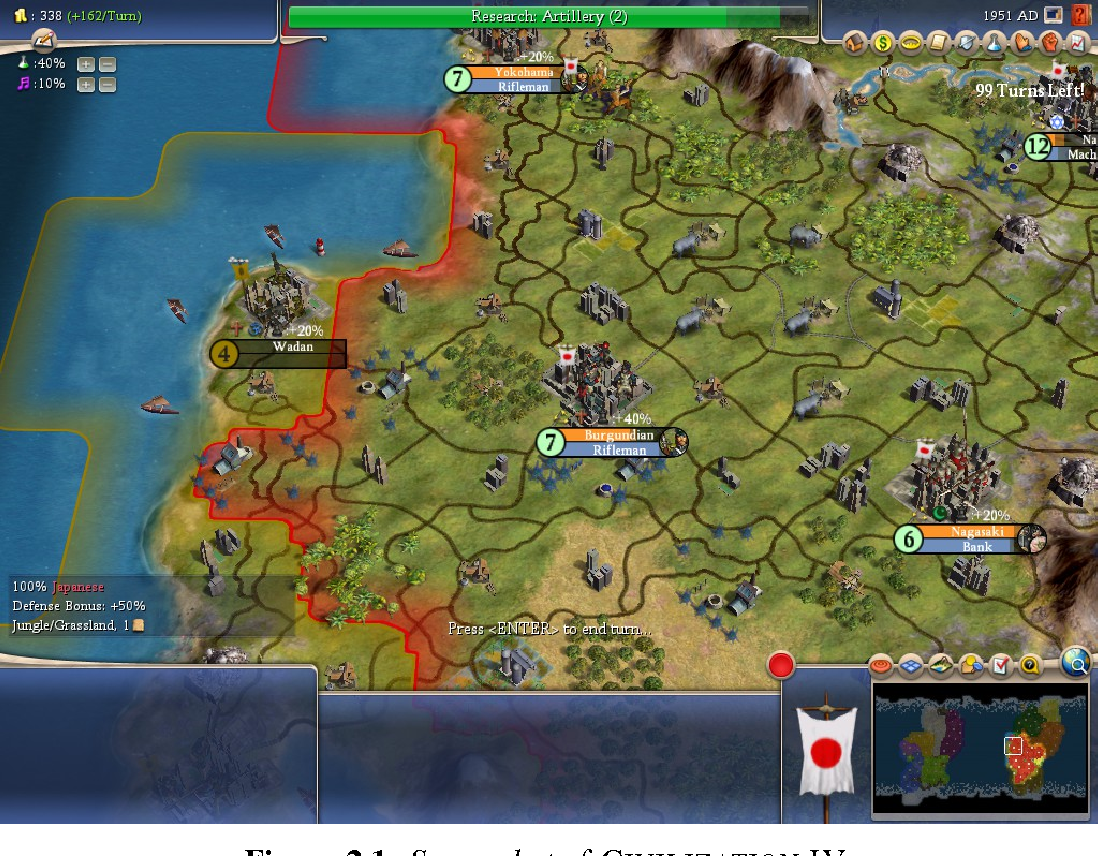 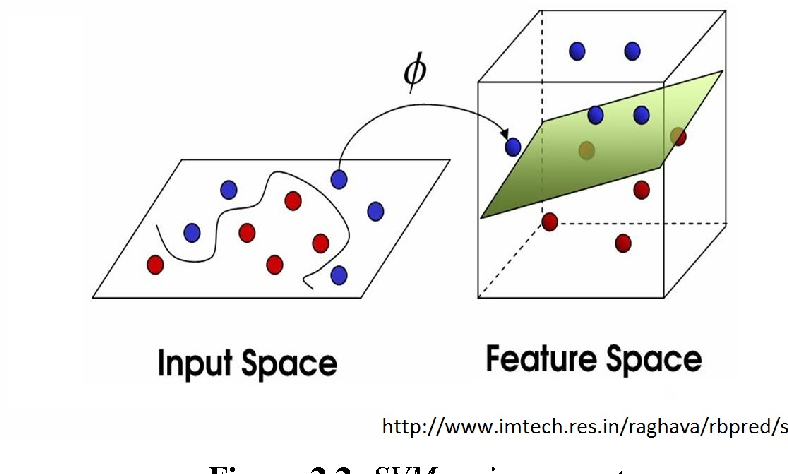 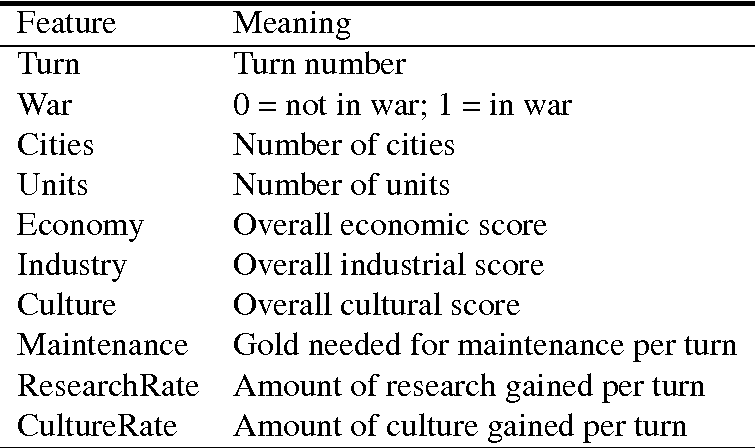 AI is gradually receiving more attention as a fundamental feature to increase the immersion in digital games. Among the several AI approaches, player modeling is becoming an important one. The main idea is to understand and model the player characteristics and behaviors in order to develop a better AI. In this work, we discuss several aspects of this new field. We proposed a taxonomy to organize the area, discussing several facets of this topic, ranging from implementation decisions up to what a model attempts to describe. We then classify, in our taxonomy, some of the most important works in this field. We also presented a generic approach to deal with player modeling using ML, and we instantiated this approach to model players' preferences in the game Civilization IV. The instantiation of this approach has several steps. We first discuss a generic representation, regardless of what is being modeled, and evaluate it performing experiments with the strategy game Civilization IV. Continuing the instantiation of the proposed approach we evaluated the applicability of using game score information to distinguish different preferences. We presented a characterization of virtual agents in the game, comparing their behavior with their stated preferences. Once we have characterized these agents, we were able to observe that different preferences generate different behaviors, measured by several game indicators. We then tackled the preference modeling problem as a binary classification task, with a supervised learning approach. We compared four different methods, based on different paradigms (SVM, AdaBoost, NaiveBayes and JRip), evaluating them on a set of matches played by different virtual agents. We conclude our work using the learned models to infer human players' preferences. Using some of the evaluated classifiers we obtained accuracies over 60% for most of the inferred preferences.


* Thesis presented by Marlos C. Machado as part of the requirements for the degree or Master of Science in Computer Science granted by the Universidade Federal de Minas Gerais. February, 18th, 2013

Low-Rank Modeling and Its Applications in Image Analysis 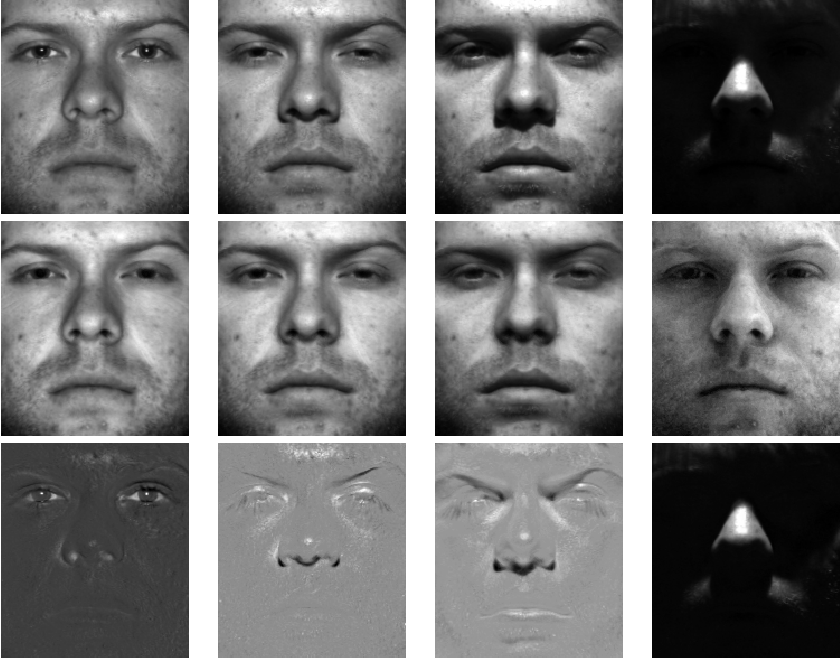 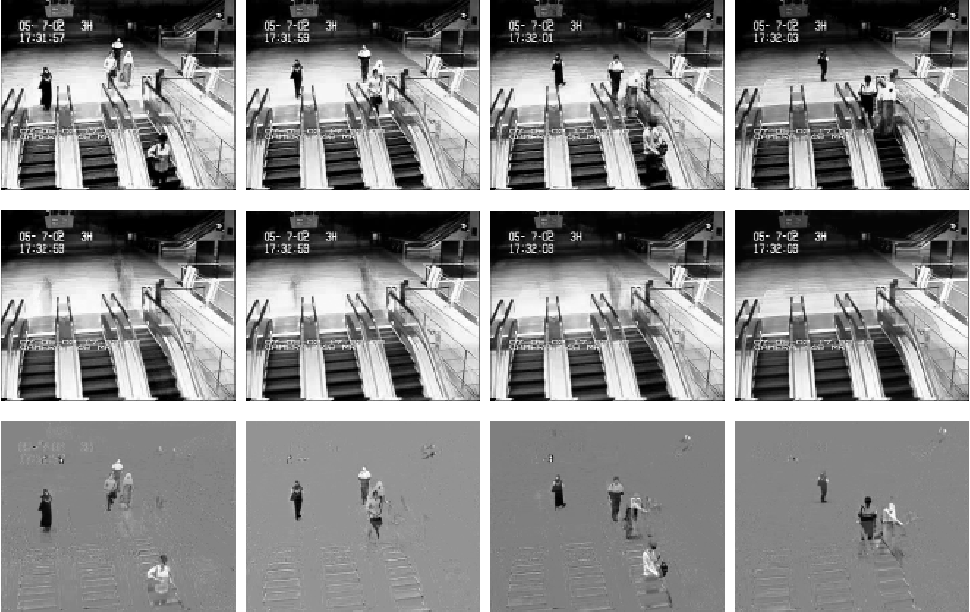 
* To appear in ACM Computing Surveys

Efficient Clustering from Distributions over Topics 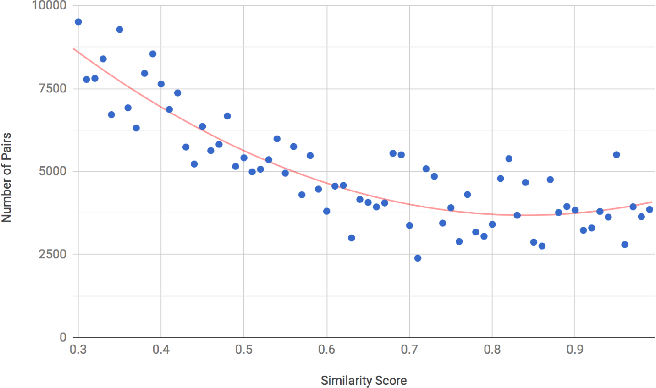 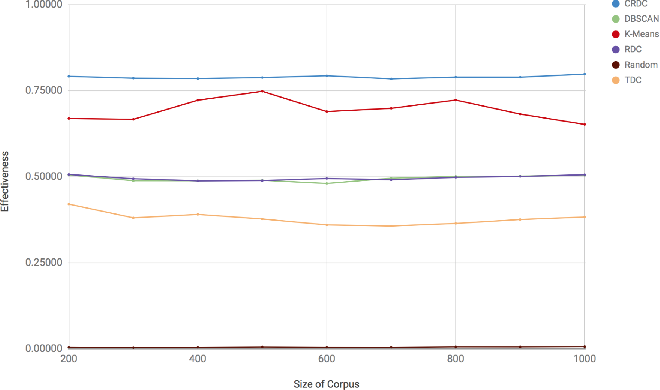 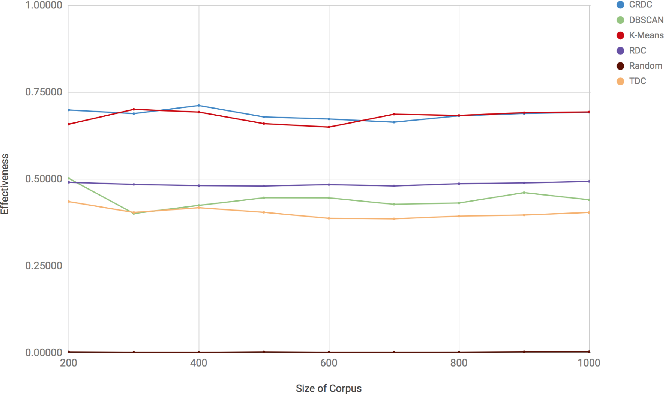 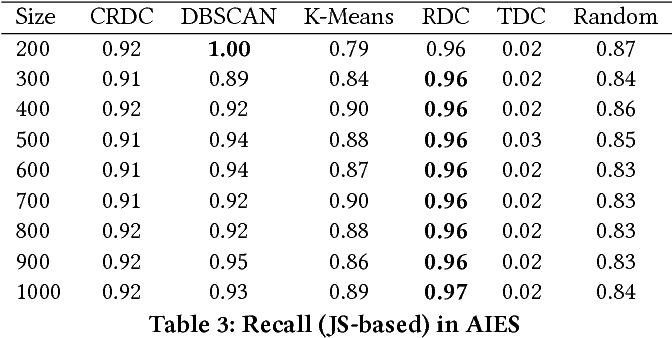 There are many scenarios where we may want to find pairs of textually similar documents in a large corpus (e.g. a researcher doing literature review, or an R&D project manager analyzing project proposals). To programmatically discover those connections can help experts to achieve those goals, but brute-force pairwise comparisons are not computationally adequate when the size of the document corpus is too large. Some algorithms in the literature divide the search space into regions containing potentially similar documents, which are later processed separately from the rest in order to reduce the number of pairs compared. However, this kind of unsupervised methods still incur in high temporal costs. In this paper, we present an approach that relies on the results of a topic modeling algorithm over the documents in a collection, as a means to identify smaller subsets of documents where the similarity function can then be computed. This approach has proved to obtain promising results when identifying similar documents in the domain of scientific publications. We have compared our approach against state of the art clustering techniques and with different configurations for the topic modeling algorithm. Results suggest that our approach outperforms (> 0.5) the other analyzed techniques in terms of efficiency.

In this paper, we examine the visual variability of objects across different ad categories, i.e. what causes an advertisement to be visually persuasive. We focus on modeling and generating faces which appear to come from different types of ads. For example, if faces in beauty ads tend to be women wearing lipstick, a generative model should portray this distinct visual appearance. Training generative models which capture such category-specific differences is challenging because of the highly diverse appearance of faces in ads and the relatively limited amount of available training data. To address these problems, we propose a conditional variational autoencoder which makes use of predicted semantic attributes and facial expressions as a supervisory signal when training. We show how our model can be used to produce visually distinct faces which appear to be from a fixed ad topic category. Our human studies and quantitative and qualitative experiments confirm that our method greatly outperforms a variety of baselines, including two variations of a state-of-the-art generative adversarial network, for transforming faces to be more ad-category appropriate. Finally, we show preliminary generation results for other types of objects, conditioned on an ad topic.

Dynamic functional connectivity (FC) has in recent years become a topic of interest in the neuroimaging community. Several models and methods exist for both functional magnetic resonance imaging (fMRI) and electroencephalography (EEG), and the results point towards the conclusion that FC exhibits dynamic changes. The existing approaches modeling dynamic connectivity have primarily been based on time-windowing the data and k-means clustering. We propose a non-parametric generative model for dynamic FC in fMRI that does not rely on specifying window lengths and number of dynamic states. Rooted in Bayesian statistical modeling we use the predictive likelihood to investigate if the model can discriminate between a motor task and rest both within and across subjects. We further investigate what drives dynamic states using the model on the entire data collated across subjects and task/rest. We find that the number of states extracted are driven by subject variability and preprocessing differences while the individual states are almost purely defined by either task or rest. This questions how we in general interpret dynamic FC and points to the need for more research on what drives dynamic FC. 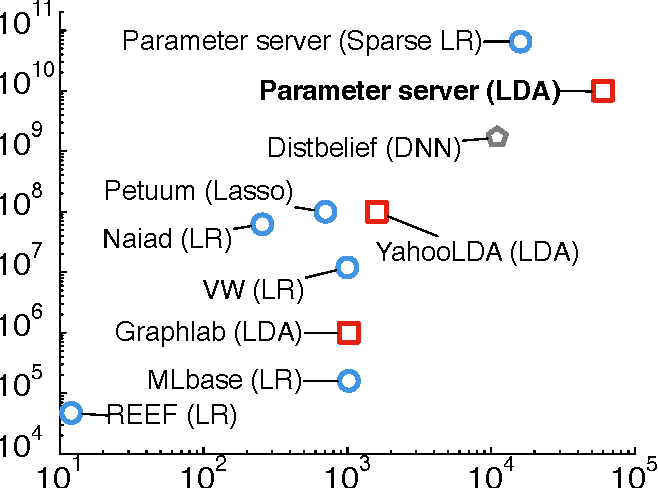 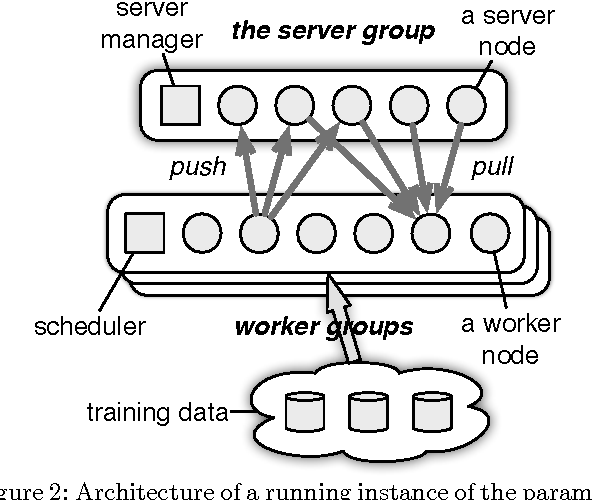 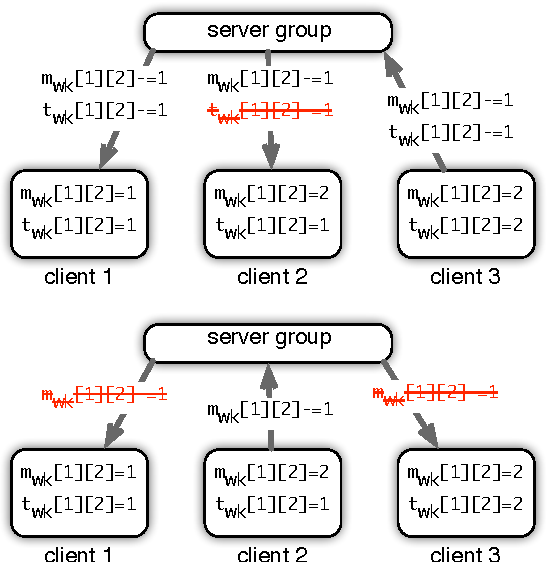 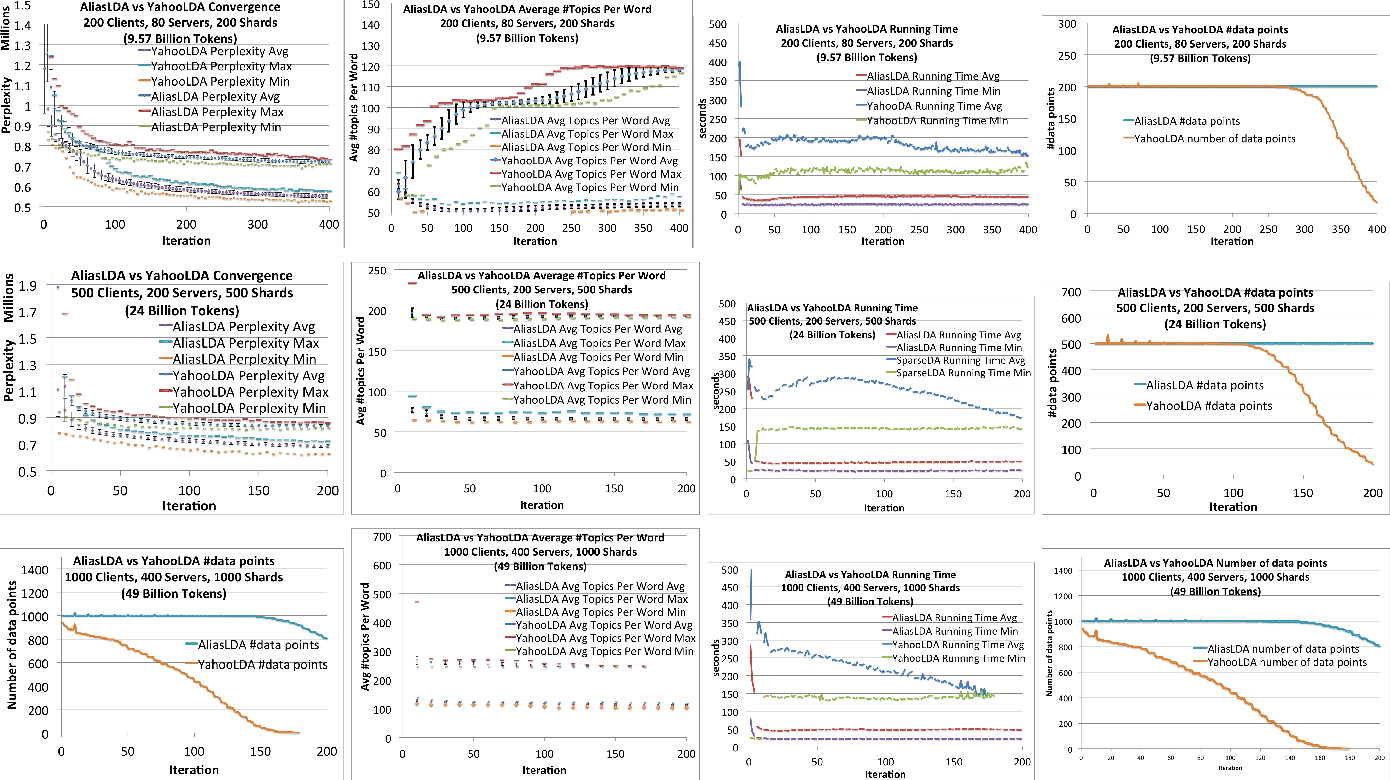 Latent variable models have accumulated a considerable amount of interest from the industry and academia for their versatility in a wide range of applications. A large amount of effort has been made to develop systems that is able to extend the systems to a large scale, in the hope to make use of them on industry scale data. In this paper, we describe a system that operates at a scale orders of magnitude higher than previous works, and an order of magnitude faster than state-of-the-art system at the same scale, at the same time showing more robustness and more accurate results. Our system uses a number of advances in distributed inference: high performance in synchronization of sufficient statistics with relaxed consistency model; fast sampling, using the Metropolis-Hastings-Walker method to overcome dense generative models; statistical modeling, moving beyond Latent Dirichlet Allocation (LDA) to Pitman-Yor distributions (PDP) and Hierarchical Dirichlet Process (HDP) models; sophisticated parameter projection schemes, to resolve the conflicts within the constraint between parameters arising from the relaxed consistency model. This work significantly extends the domain of applicability of what is commonly known as the Parameter Server. We obtain results with up to hundreds billion oftokens, thousands of topics, and a vocabulary of a few million token-types, using up to 60,000 processor cores operating on a production cluster of a large Internet company. This demonstrates the feasibility to scale to problems orders of magnitude larger than any previously published work.


* arXiv admin note: This paper has been withdrawn due to an irreconcilable author dispute 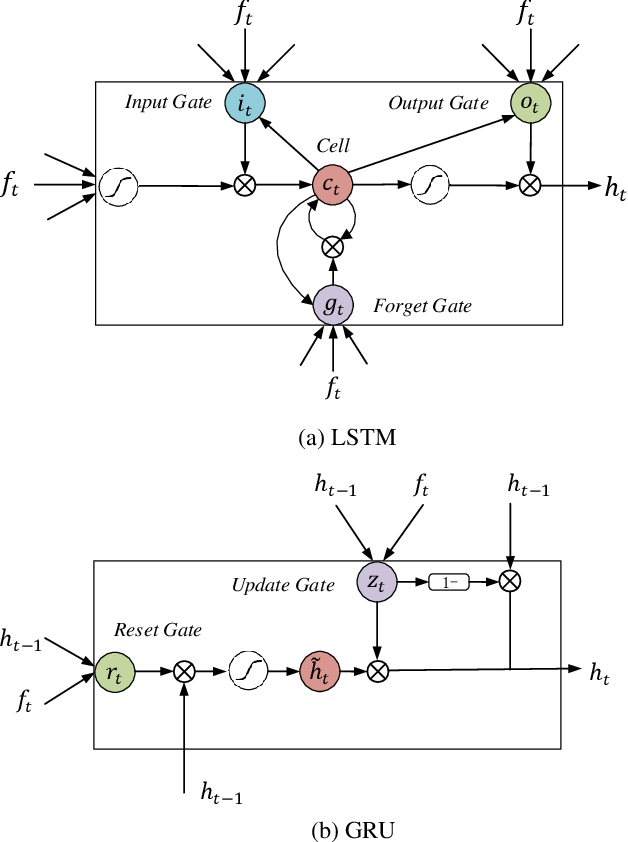 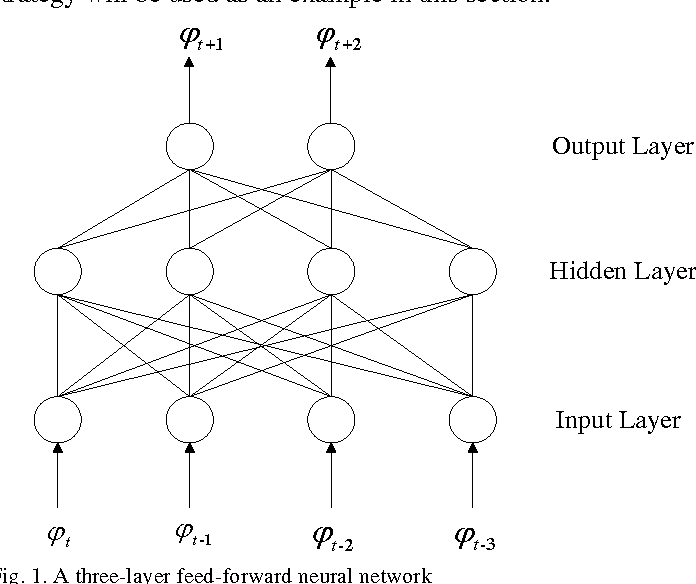 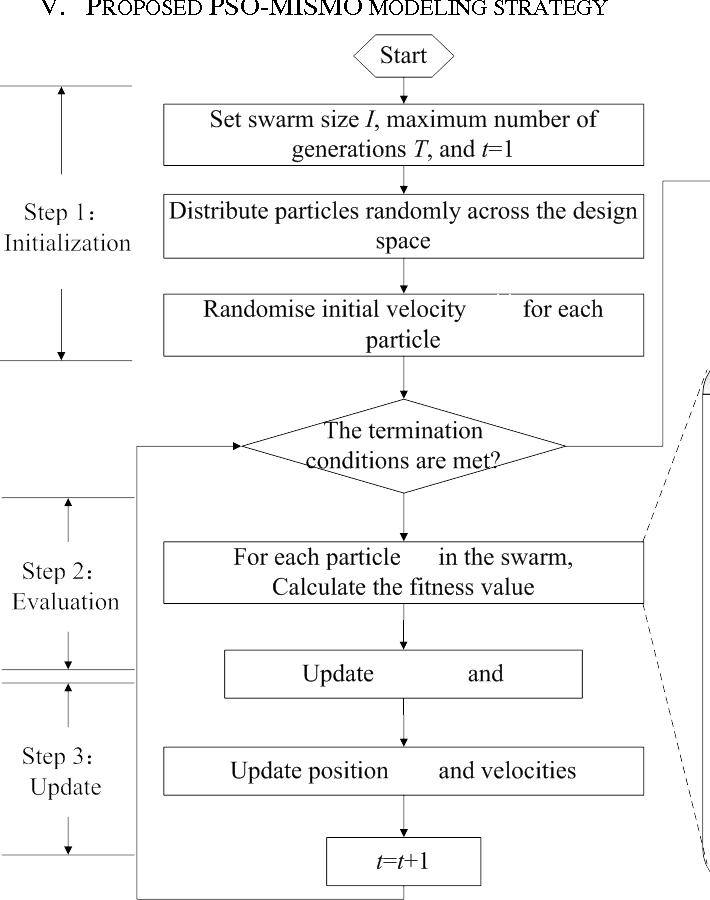 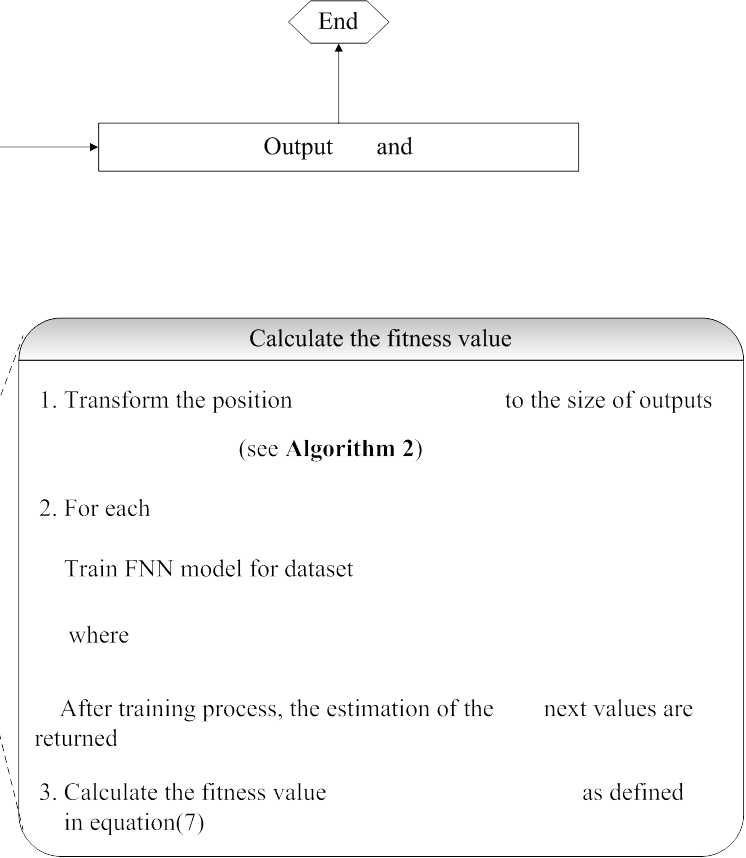 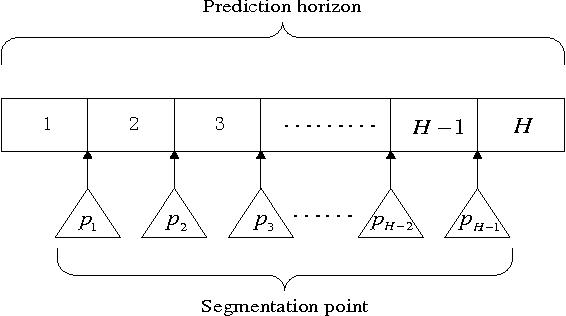 Multi-step-ahead time series prediction is one of the most challenging research topics in the field of time series modeling and prediction, and is continually under research. Recently, the multiple-input several multiple-outputs (MISMO) modeling strategy has been proposed as a promising alternative for multi-step-ahead time series prediction, exhibiting advantages compared with the two currently dominating strategies, the iterated and the direct strategies. Built on the established MISMO strategy, this study proposes a particle swarm optimization (PSO)-based MISMO modeling strategy, which is capable of determining the number of sub-models in a self-adaptive mode, with varying prediction horizons. Rather than deriving crisp divides with equal-size s prediction horizons from the established MISMO, the proposed PSO-MISMO strategy, implemented with neural networks, employs a heuristic to create flexible divides with varying sizes of prediction horizons and to generate corresponding sub-models, providing considerable flexibility in model construction, which has been validated with simulated and real datasets.