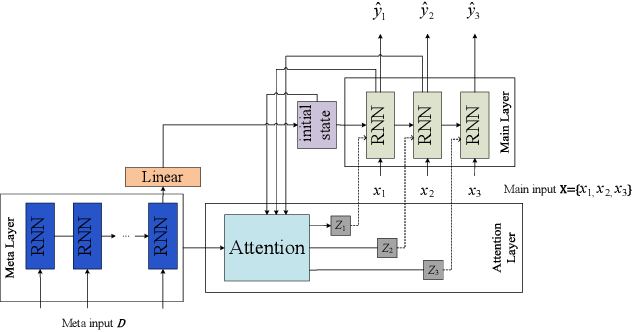 Analyzing long time series with RNNs often suffers from infeasible training. Segmentation is therefore commonly used in data pre-processing. However, in non-stationary time series, there exists often distribution shift among different segments. RNN is easily swamped in the dilemma of fitting bias in these segments due to the lack of global information, leading to poor generalization, known as Temporal Covariate Shift (TCS) problem, which is only addressed by a recently proposed RNN-based model. One of the assumptions in TCS is that the distribution of all divided intervals under the same segment are identical. This assumption, however, may not be true on high-frequency time series, such as traffic flow, that also have large stochasticity. Besides, macro information across long periods isn't adequately considered in the latest RNN-based methods. To address the above issues, we propose Hyper Attention Recurrent Neural Network (HARNN) for the modeling of temporal patterns containing both micro and macro information. An HARNN consists of a meta layer for parameter generation and an attention-enabled main layer for inference. High-frequency segments are transformed into low-frequency segments and fed into the meta layers, while the first main layer consumes the same high-frequency segments as conventional methods. In this way, each low-frequency segment in the meta inputs generates a unique main layer, enabling the integration of both macro information and micro information for inference. This forces all main layers to predict the same target which fully harnesses the common knowledge in varied distributions when capturing temporal patterns. Evaluations on multiple benchmarks demonstrated that our model outperforms a couple of RNN-based methods on a federation of key metrics. 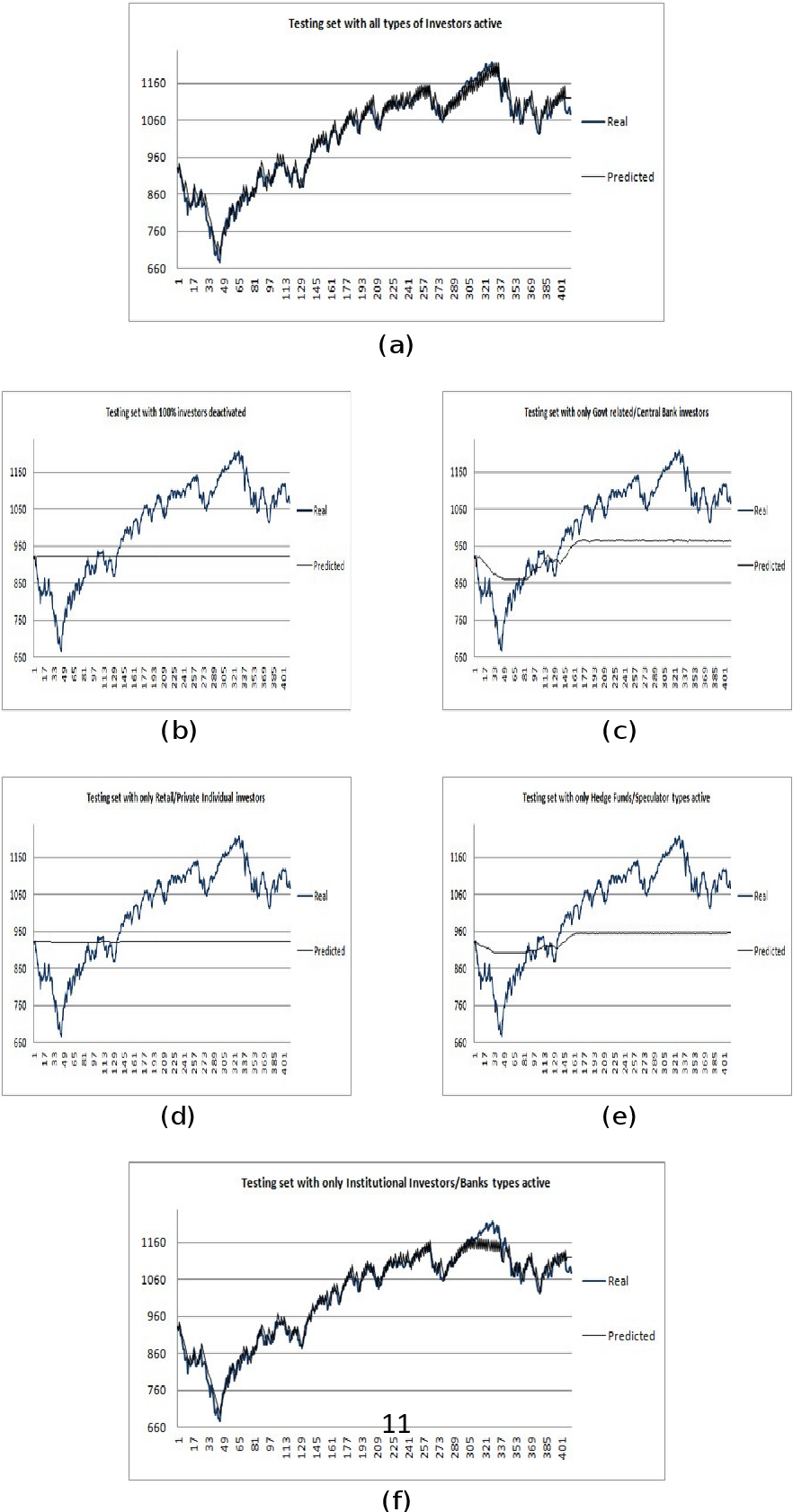 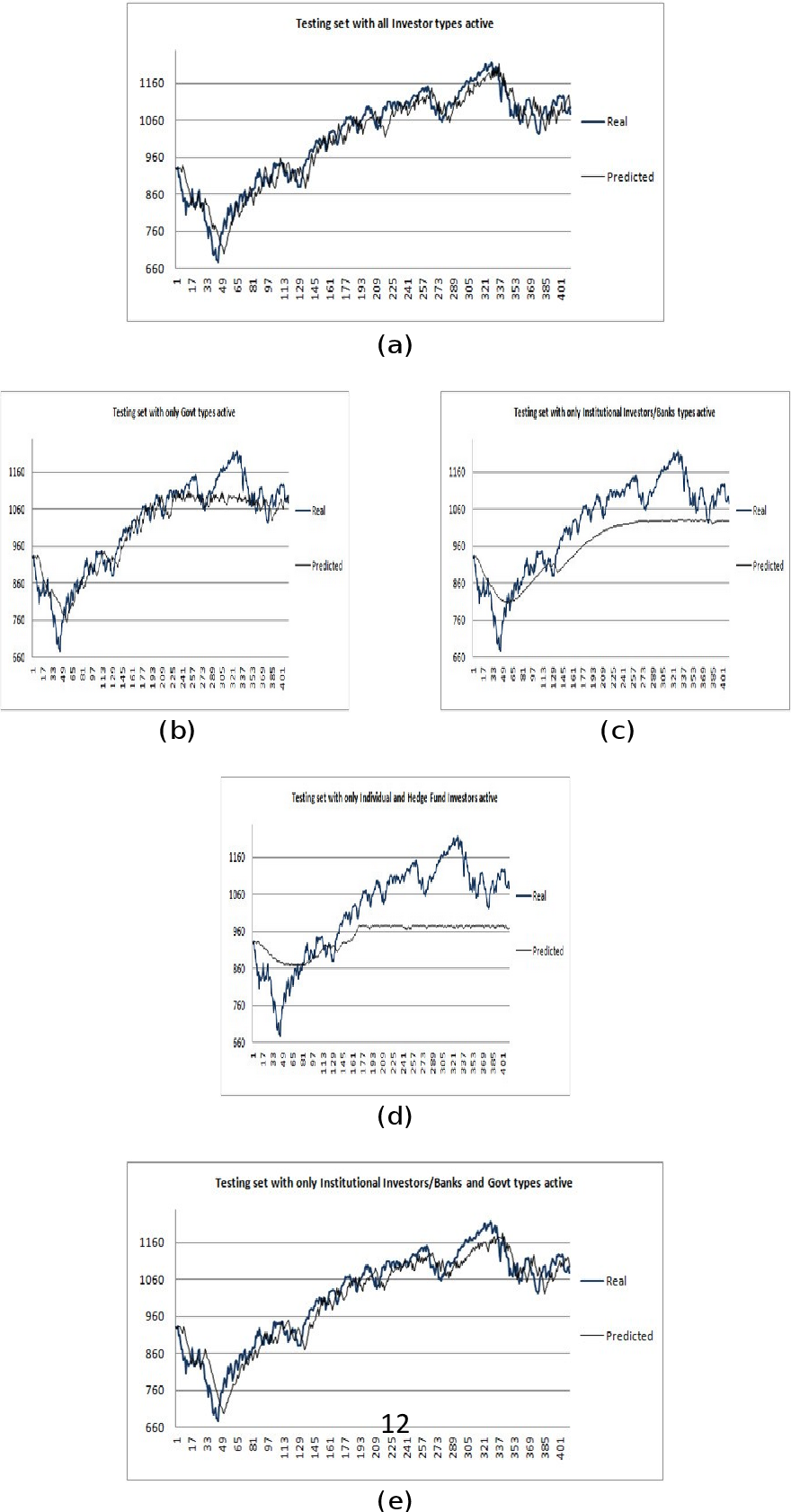 The paper proposes a computational adaptation of the principles underlying principal component analysis with agent based simulation in order to produce a novel modeling methodology for financial time series and financial markets. Goal of the proposed methodology is to find a reduced set of investor s models (agents) which is able to approximate or explain a target financial time series. As computational testbed for the study, we choose the learning system L FABS which combines simulated annealing with agent based simulation for approximating financial time series. We will also comment on how L FABS s architecture could exploit parallel computation to scale when dealing with massive agent simulations. Two experimental case studies showing the efficacy of the proposed methodology are reported. 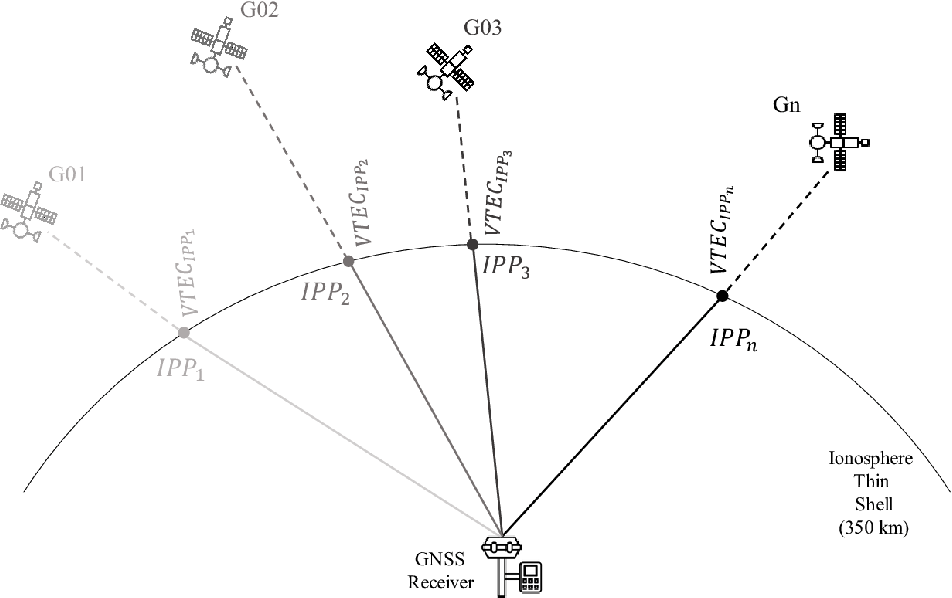 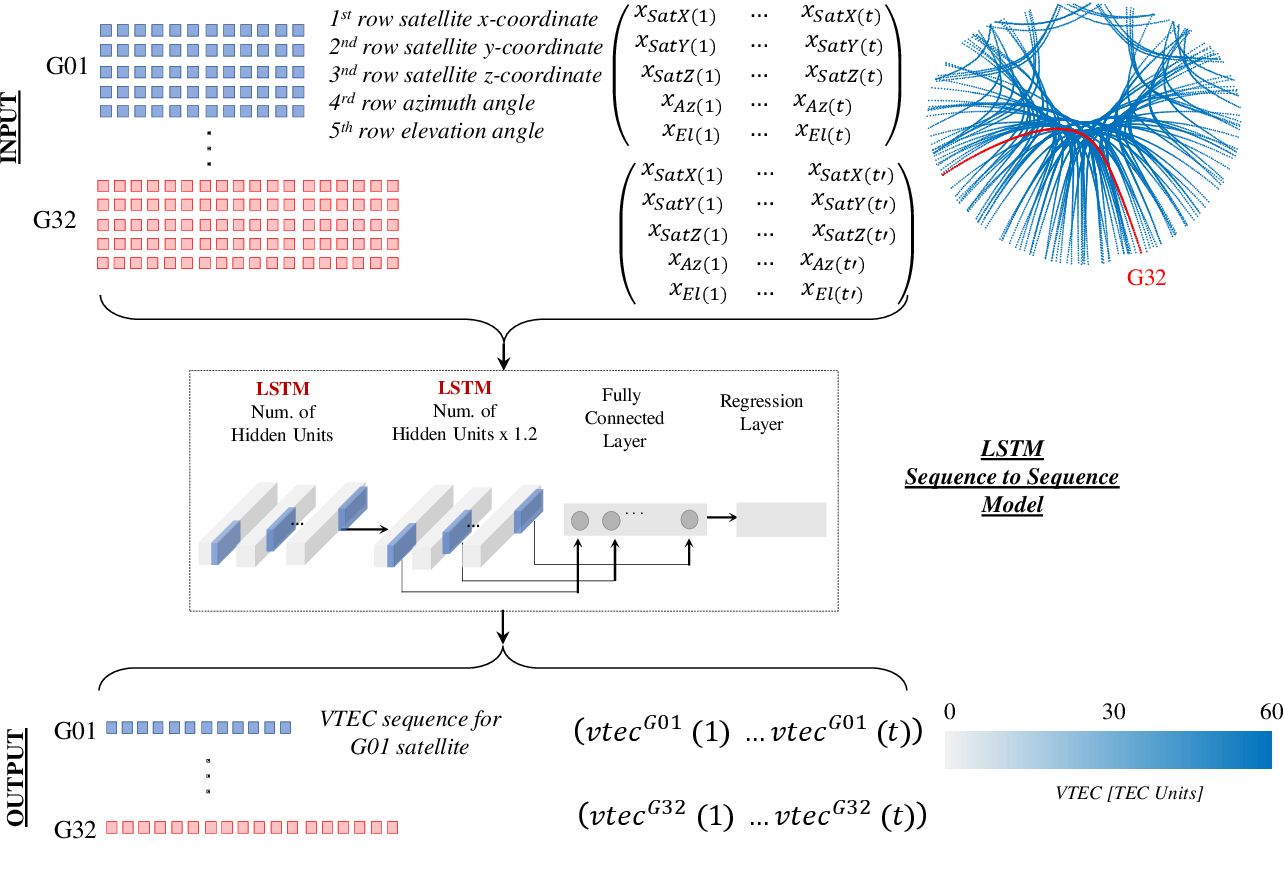 In this dissertation is provided a comparative analysis that evaluates the performance of several deep learning (DL) architectures on a large number of time series datasets of different nature and for different applications. Two main fruitful research fields are discussed here which were strategically chosen in order to address current cross disciplinary research priorities attracting the interest of geodetic community. The first problem is related to ionospheric Total Electron Content (TEC) modeling which is an important issue in many real time Global Navigation System Satellites (GNSS) applications. Reliable and fast knowledge about ionospheric variations becomes increasingly important. GNSS users of single frequency receivers and satellite navigation systems need accurate corrections to remove signal degradation effects caused by the ionosphere. Ionospheric modeling using signal processing techniques is the subject of discussion in the present contribution. The next problem under discussion is energy disaggregation which is an important issue for energy efficiency and energy consumption awareness. Reliable and fast knowledge about residential energy consumption at appliance level becomes increasingly important nowadays and it is an important mitigation measure to prevent energy wastage. Energy disaggregation or Nonintrusive load monitoring (NILM) is a single channel blind source separation problem where the task is to estimate the consumption of each electrical appliance given the total energy consumption. For both problems various deep learning models (DL) are proposed that cover various aspects of the problem under study, whereas experimental results indicate the proposed methods superiority compared to the current state of the art.

Cause-effect analysis is crucial to understand the underlying mechanism of a system. We propose to exploit model invariance through interventions on the predictors to infer causality in nonlinear multivariate systems of time series. We model nonlinear interactions in time series using DeepAR and then expose the model to different environments using Knockoffs-based interventions to test model invariance. Knockoff samples are pairwise exchangeable, in-distribution and statistically null variables generated without knowing the response. We test model invariance where we show that the distribution of the response residual does not change significantly upon interventions on non-causal predictors. We evaluate our method on real and synthetically generated time series. Overall our method outperforms other widely used causality methods, i.e, VAR Granger causality, VARLiNGAM and PCMCI+. 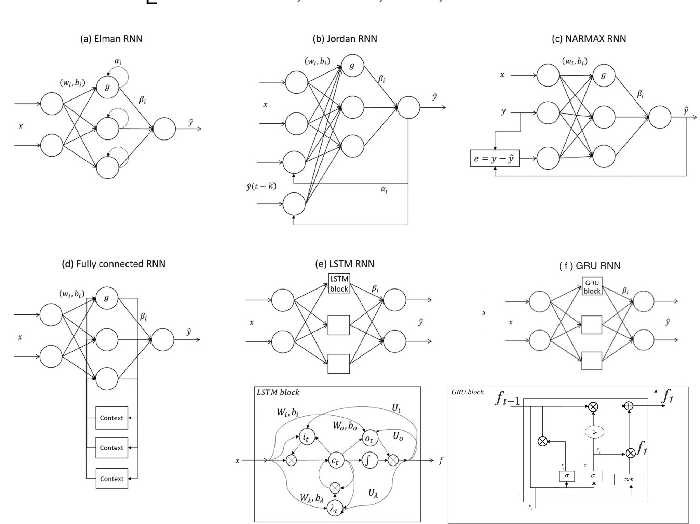 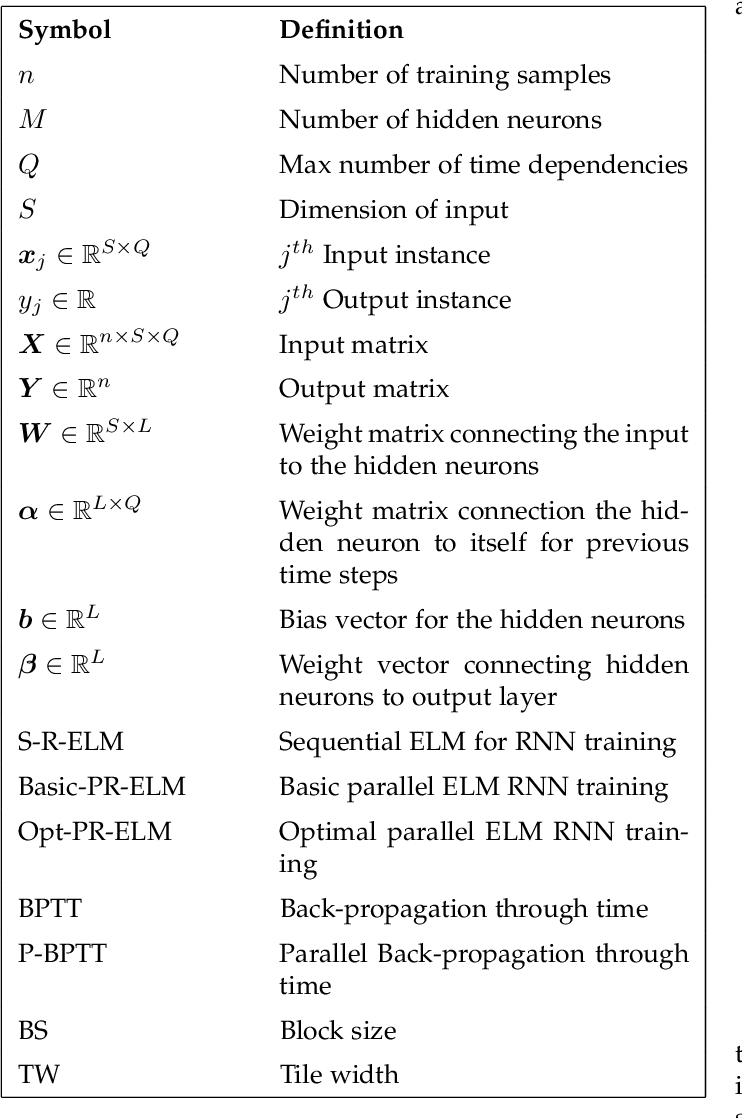 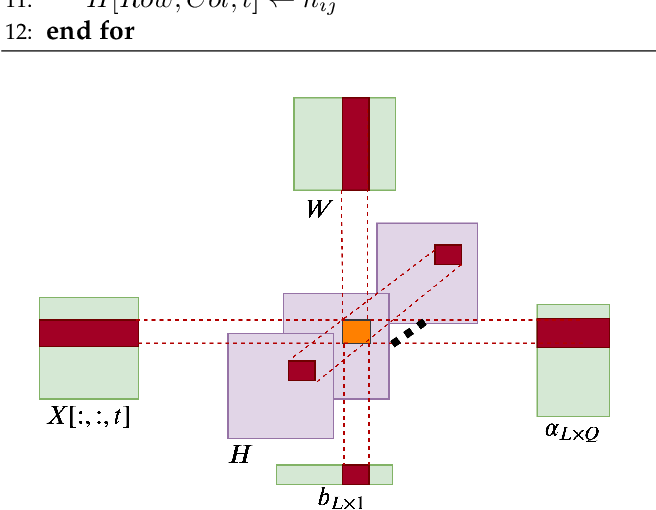 Recurrent neural networks (RNN) have been successfully applied to various sequential decision-making tasks, natural language processing applications, and time-series predictions. Such networks are usually trained through back-propagation through time (BPTT) which is prohibitively expensive, especially when the length of the time dependencies and the number of hidden neurons increase. To reduce the training time, extreme learning machines (ELMs) have been recently applied to RNN training, reaching a 99\% speedup on some applications. Due to its non-iterative nature, ELM training, when parallelized, has the potential to reach higher speedups than BPTT. In this work, we present \opt, an optimized parallel RNN training algorithm based on ELM that takes advantage of the GPU shared memory and of parallel QR factorization algorithms to efficiently reach optimal solutions. The theoretical analysis of the proposed algorithm is presented on six RNN architectures, including LSTM and GRU, and its performance is empirically tested on ten time-series prediction applications. \opt~is shown to reach up to 845 times speedup over its sequential counterpart and to require up to 20x less time to train than parallel BPTT.

Deep Learning (DL) models can be used to tackle time series analysis tasks with great success. However, the performance of DL models can degenerate rapidly if the data are not appropriately normalized. This issue is even more apparent when DL is used for financial time series forecasting tasks, where the non-stationary and multimodal nature of the data pose significant challenges and severely affect the performance of DL models. In this work, a simple, yet effective, neural layer, that is capable of adaptively normalizing the input time series, while taking into account the distribution of the data, is proposed. The proposed layer is trained in an end-to-end fashion using back-propagation and can lead to significant performance improvements. The effectiveness of the proposed method is demonstrated using a large-scale limit order book dataset. 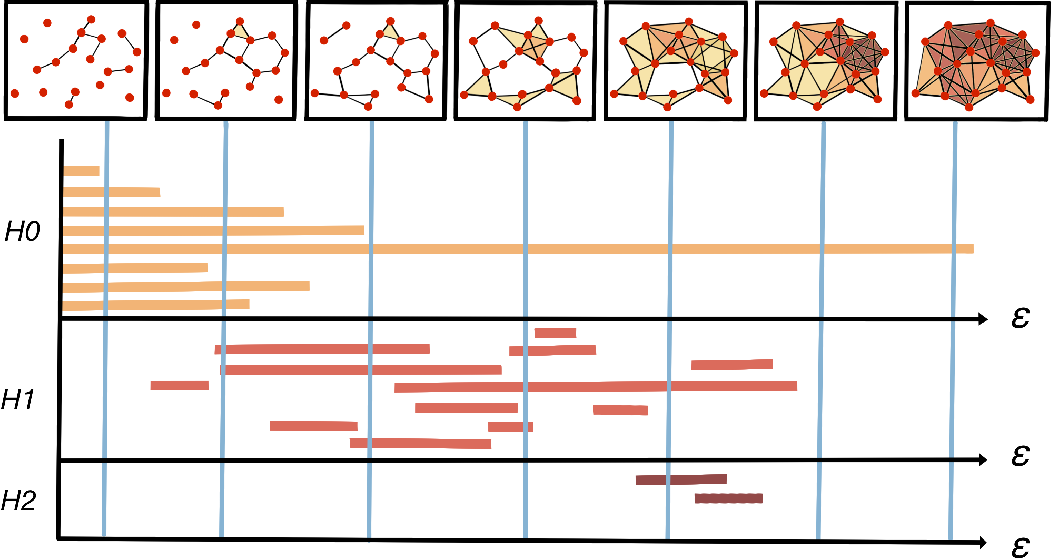 The absence of a conventional association between the cell-cell cohabitation and its emergent dynamics into cliques during development has hindered our understanding of how cell populations proliferate, differentiate, and compete, i.e. the cell ecology. With the recent advancement of the single-cell RNA-sequencing (RNA-seq), we can potentially describe such a link by constructing network graphs that characterize the similarity of the gene expression profiles of the cell-specific transcriptional programs, and analyzing these graphs systematically using the summary statistics informed by the algebraic topology. We propose the single-cell topological simplicial analysis (scTSA). Applying this approach to the single-cell gene expression profiles from local networks of cells in different developmental stages with different outcomes reveals a previously unseen topology of cellular ecology. These networks contain an abundance of cliques of single-cell profiles bound into cavities that guide the emergence of more complicated habitation forms. We visualize these ecological patterns with topological simplicial architectures of these networks, compared with the null models. Benchmarked on the single-cell RNA-seq data of zebrafish embryogenesis spanning 38,731 cells, 25 cell types and 12 time steps, our approach highlights the gastrulation as the most critical stage, consistent with consensus in developmental biology. As a nonlinear, model-independent, and unsupervised framework, our approach can also be applied to tracing multi-scale cell lineage, identifying critical stages, or creating pseudo-time series.

Boosting the kernelized shapelets: Theory and algorithms for local features 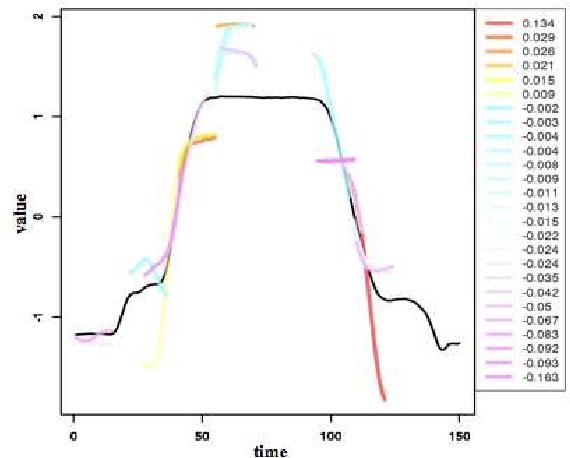 We consider binary classification problems using local features of objects. One of motivating applications is time-series classification, where features reflecting some local closeness measure between a time series and a pattern sequence called shapelet are useful. Despite the empirical success of such approaches using local features, the generalization ability of resulting hypotheses is not fully understood and previous work relies on a bunch of heuristics. In this paper, we formulate a class of hypotheses using local features, where the richness of features is controlled by kernels. We derive generalization bounds of sparse ensembles over the class which is exponentially better than a standard analysis in terms of the number of possible local features. The resulting optimization problem is well suited to the boosting approach and the weak learning problem is formulated as a DC program, for which practical algorithms exist. In preliminary experiments on time-series data sets, our method achieves competitive accuracy with the state-of-the-art algorithms with small parameter-tuning cost. 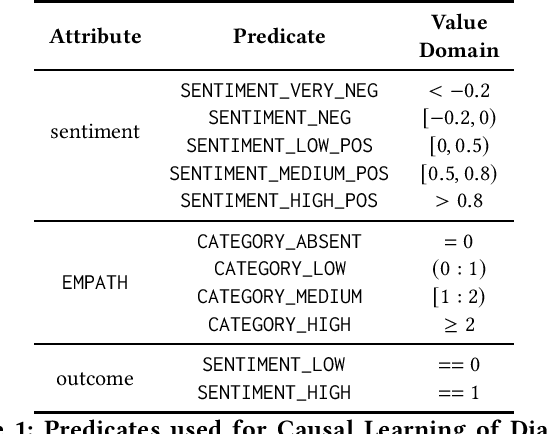 The estimation of dependencies between multiple variables is a central problem in the analysis of financial time series. A common approach is to express these dependencies in terms of a copula function. Typically the copula function is assumed to be constant but this may be inaccurate when there are covariates that could have a large influence on the dependence structure of the data. To account for this, a Bayesian framework for the estimation of conditional copulas is proposed. In this framework the parameters of a copula are non-linearly related to some arbitrary conditioning variables. We evaluate the ability of our method to predict time-varying dependencies on several equities and currencies and observe consistent performance gains compared to static copula models and other time-varying copula methods.