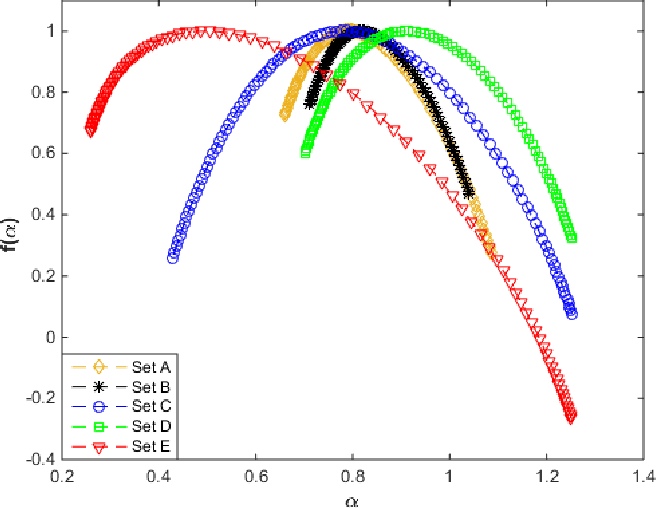 This contribution reports an application of MultiFractal Detrended Fluctuation Analysis, MFDFA based novel feature extraction technique for automated detection of epilepsy. In fractal geometry, Multifractal Detrended Fluctuation Analysis MFDFA is a popular technique to examine the self-similarity of a nonlinear, chaotic and noisy time series. In the present research work, EEG signals representing healthy, interictal (seizure free) and ictal activities (seizure) are acquired from an existing available database. The acquired EEG signals of different states are at first analyzed using MFDFA. To requisite the time series singularity quantification at local and global scales, a novel set of fourteen different features. Suitable feature ranking employing students t-test has been done to select the most statistically significant features which are henceforth being used as inputs to a support vector machines (SVM) classifier for the classification of different EEG signals. Eight different classification problems have been presented in this paper and it has been observed that the overall classification accuracy using MFDFA based features are reasonably satisfactory for all classification problems. The performance of the proposed method are also found to be quite commensurable and in some cases even better when compared with the results published in existing literature studied on the similar data set. 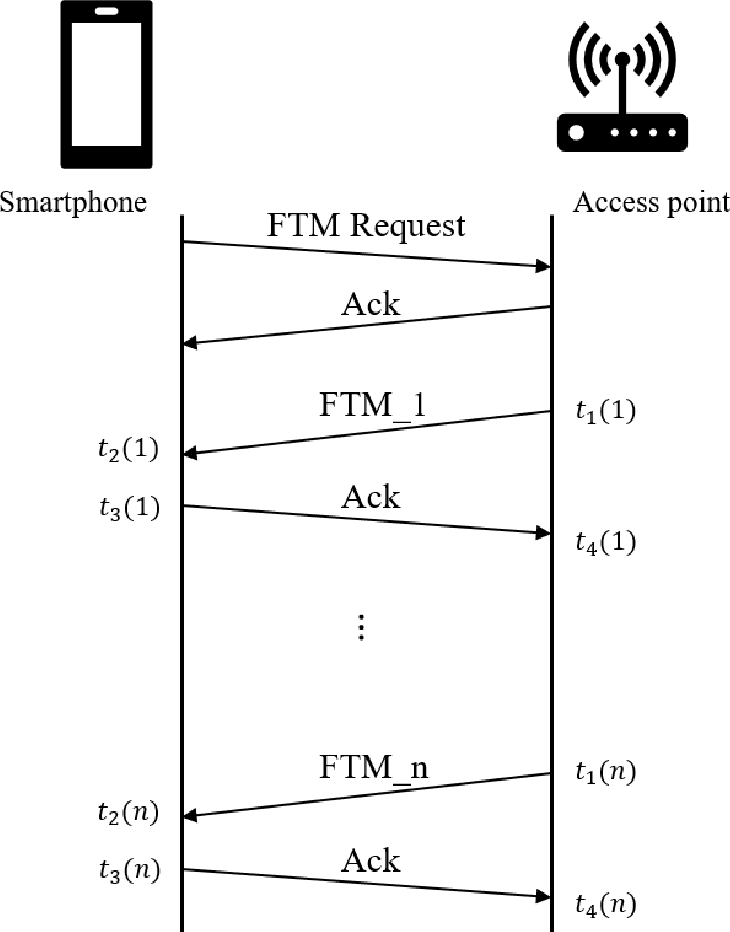 The accuracy of smartphone-based positioning methods using WiFi usually suffers from ranging errors caused by non-line-of-sight (NLOS) conditions. Previous research usually exploits several statistical features from a long time series (hundreds of samples) of WiFi received signal strength (RSS) or WiFi round-trip time (RTT) to achieve a high identification accuracy. However, the long time series or large sample size attributes to high power and time consumption in data collection for both training and testing. This will also undoubtedly be detrimental to user experience as the waiting time of getting enough samples is quite long. Therefore, this paper proposes a new real-time NLOS/LOS identification method for smartphone-based indoor positioning system using WiFi RTT and RSS. Based on our extensive analysis of RSS and RTT features, a machine learning-based method using random forest was chosen and developed to separate the samples for NLOS/LOS conditions. Experiments in different environments show that our method achieves a discrimination accuracy of about 94% with a sample size of 10. Considering the theoretically shortest WiFi ranging interval of 100ms of the RTT-enabled smartphones, our algorithm is able to provide the shortest latency of 1s to get the testing result among all of the state-of-art methods. 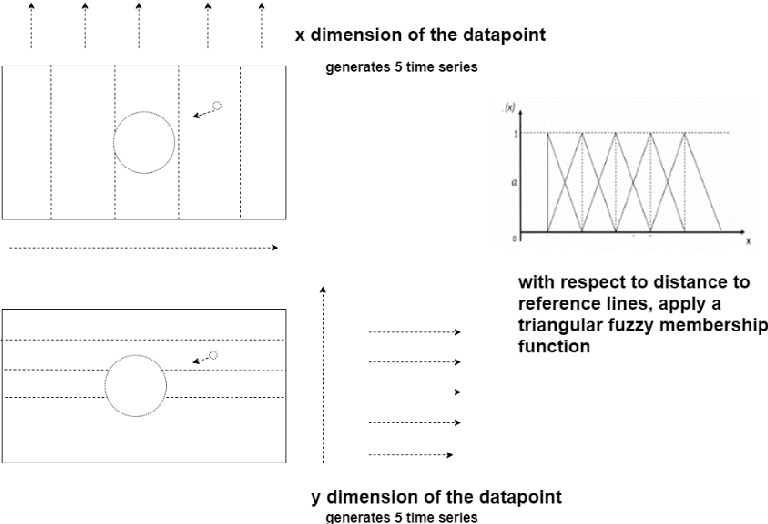 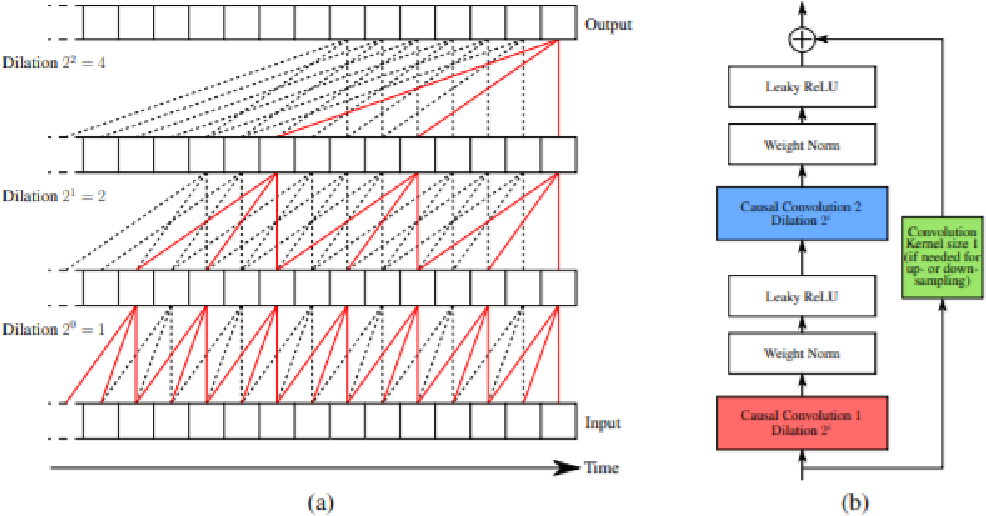 We extract and use player position time-series data, tagged along with the action types, to build a competent model for representing team tactics behavioral patterns and use this representation to predict the outcome of arbitrary movements. We provide a framework for the useful encoding of short tactics and space occupations in a more extended sequence of movements or tactical plans. We investigate game segments during a match in which the team in possession of the ball regularly attempts to reach a position where they can take a shot at goal for a single game. A carefully designed and efficient kernel is employed using a triangular fuzzy membership function to create multiple time series for players' potential of presence at different court regions. Unsupervised learning is then used for time series using triplet loss and deep neural networks with exponentially dilated causal convolutions for the derived multivariate time series. This works key contribution lies in its approach to model how short scenes contribute to other longer ones and how players occupies and creates new spaces in-game court. We discuss the effectiveness of the proposed approach for prediction and recognition tasks on the professional basketball SportVU dataset for the 2015-16 half-season. The proposed system demonstrates descent functionality even with relatively small data. 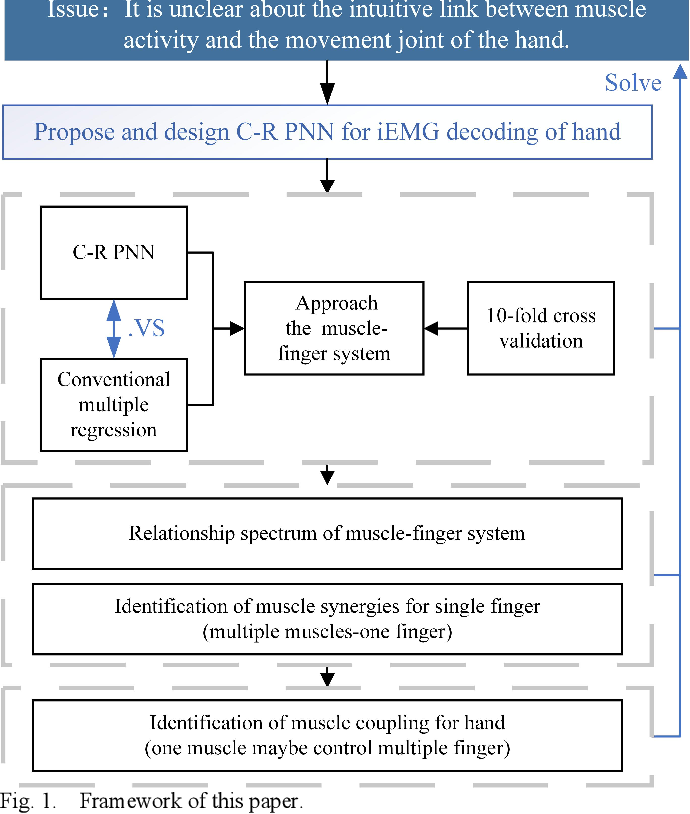 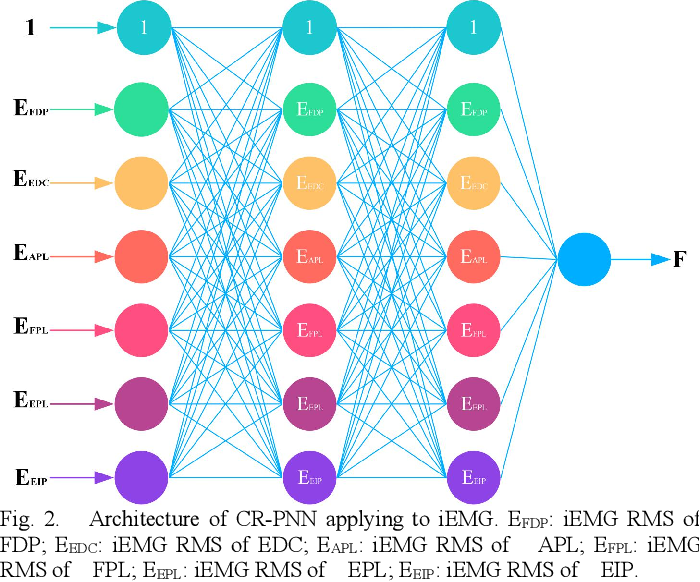 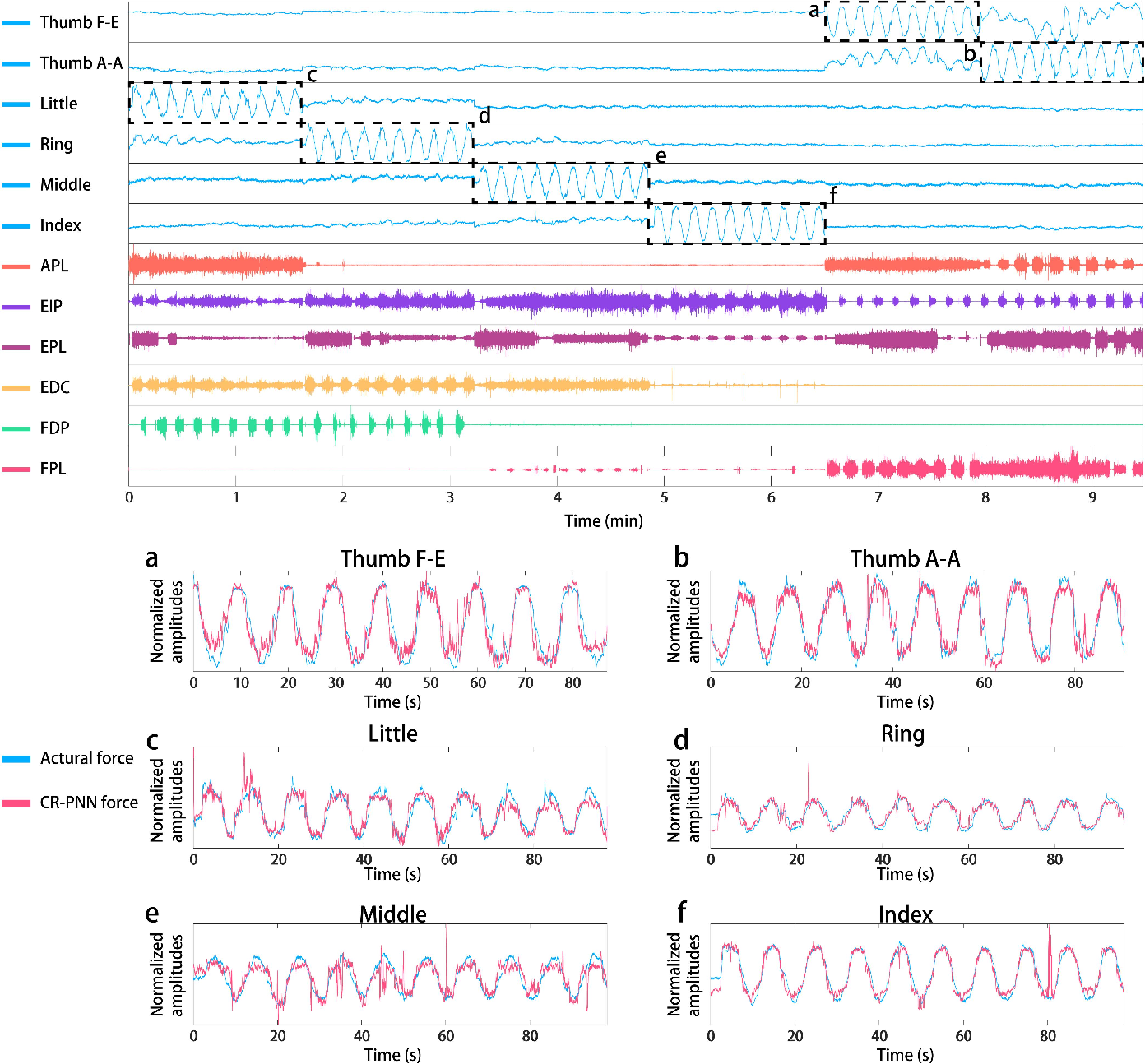 There are two famous function decomposition methods in math: 1) Taylor Series and 2) Fourier Series. The Fourier series developed into the Fourier spectrum, which was applied to signal analysis. However, Because a function without a functional expression cannot be solved for its Taylor series, Taylor Series has rarely been used in engineering. Here we have solved this problem, learned from Fourier, developed Taylor series, constructed a relation spectrum, and applied it to system analysis. Specific engineering application: the knowledge of the intuitive link between muscle activity and the finger movement is vital for the design of commercial prosthetic hands that do not need user pre-training. However, this link has yet to be understood due to the complexity of human hand. In this study, the relation spectrum was developed for the first time and applied to analyze the muscle-finger system. We established controllable and human-readable polynomial neural network (CR-PNN) models for six degrees of freedom ( DOFs) in 8 subjects. Multiple fingers may be controlled by a single muscle, or multiple muscles may control a single finger. Thus, the research is based on two aspects: muscle synergy and muscle coupling for hand. The research gave the relation spectrum of the muscle-finger system and the knowledge of muscle coupling. The article is very short but significant. The contributions of this paper can be divided into two parts: (1) The findings of hand can contribute to design prosthetic hands. (2) The relation spectrum using CR-PNN can provide a reference for analyzing complex systems in multiple areas. (We're strong believers in Open Source, and provide CR-PNN code for others. GitHub: https://github.com/liugang1234567/CR-PNN#cr-pnn. ) 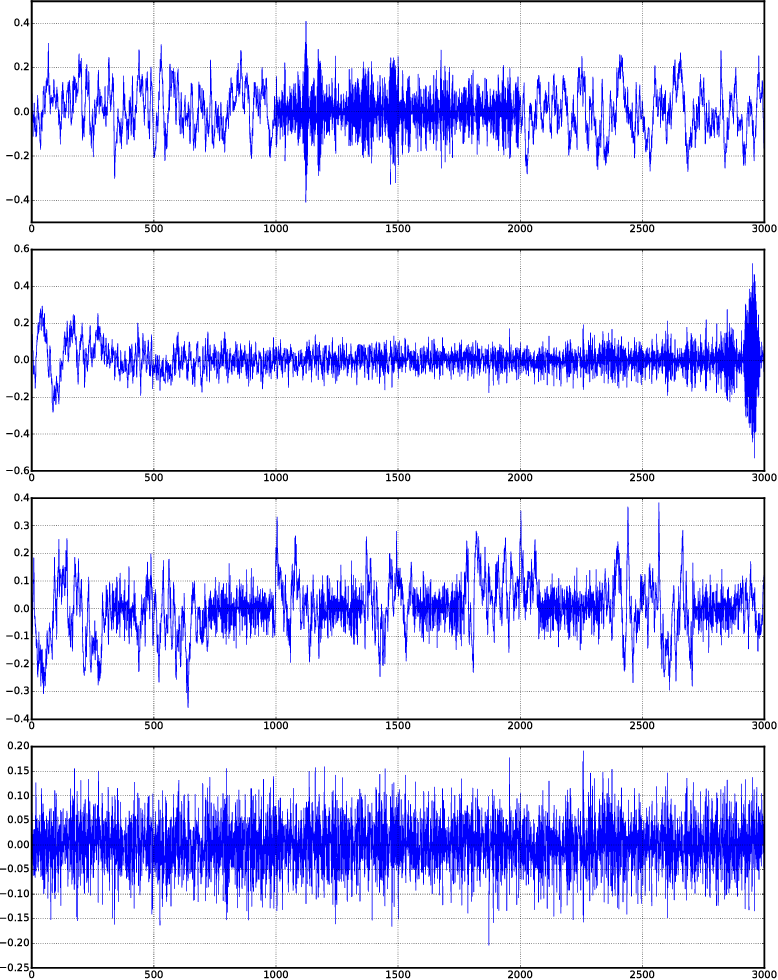 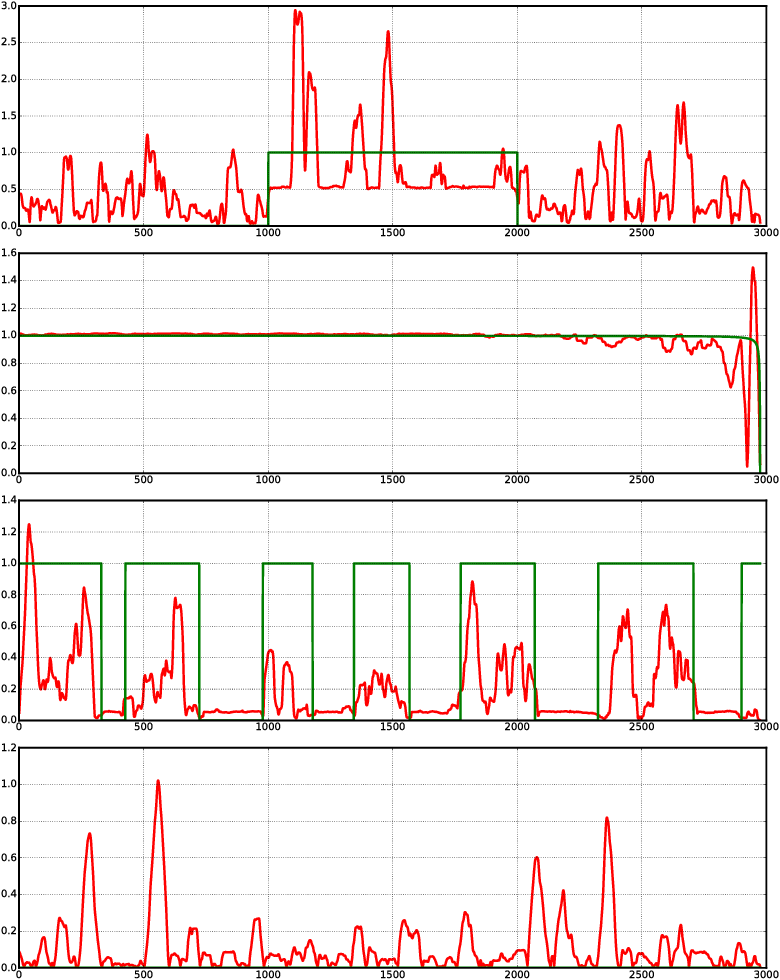 We present data-dependent learning bounds for the general scenario of non-stationary non-mixing stochastic processes. Our learning guarantees are expressed in terms of a data-dependent measure of sequential complexity and a discrepancy measure that can be estimated from data under some mild assumptions. We also also provide novel analysis of stable time series forecasting algorithm using this new notion of discrepancy that we introduce. We use our learning bounds to devise new algorithms for non-stationary time series forecasting for which we report some preliminary experimental results.


* An extended abstract has appeared in (Kuznetsov and Mohri, 2015) 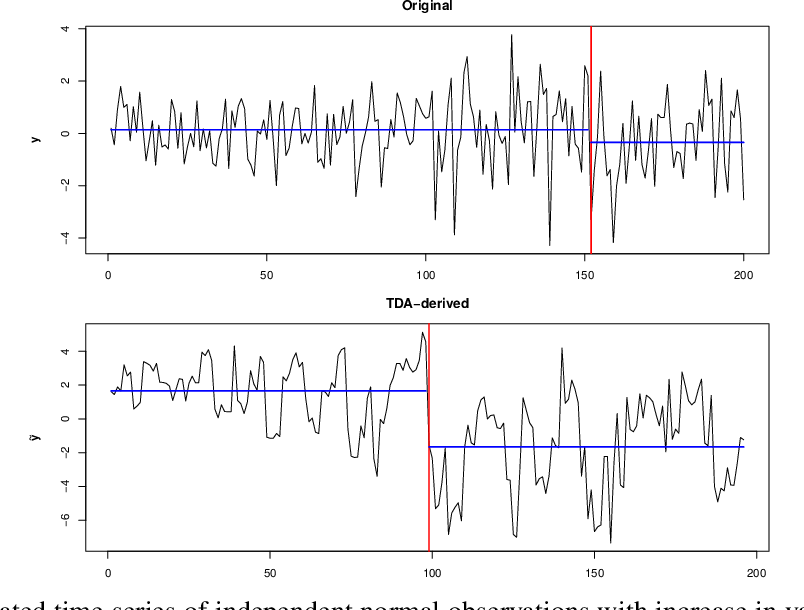 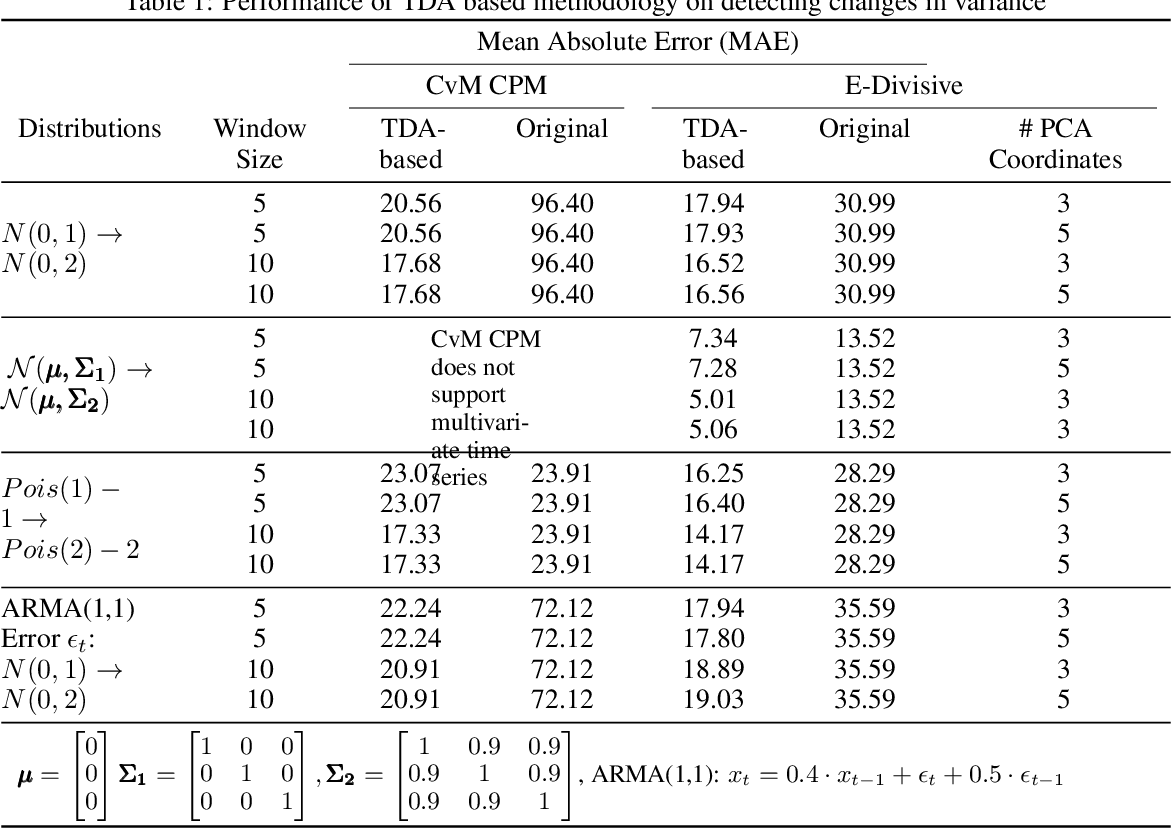 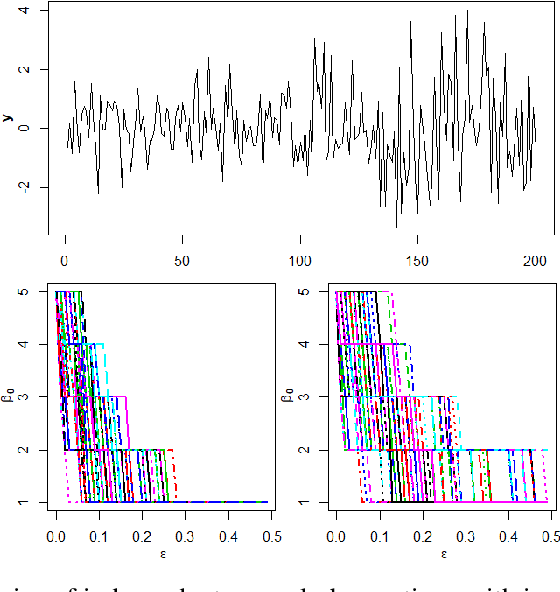 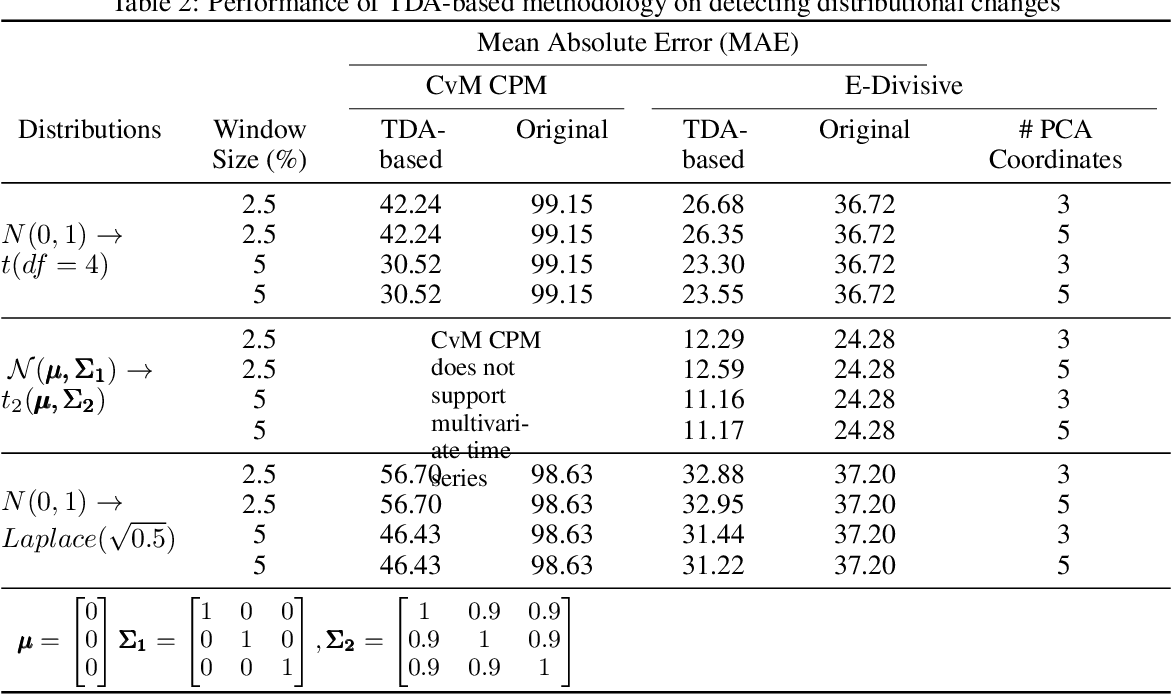 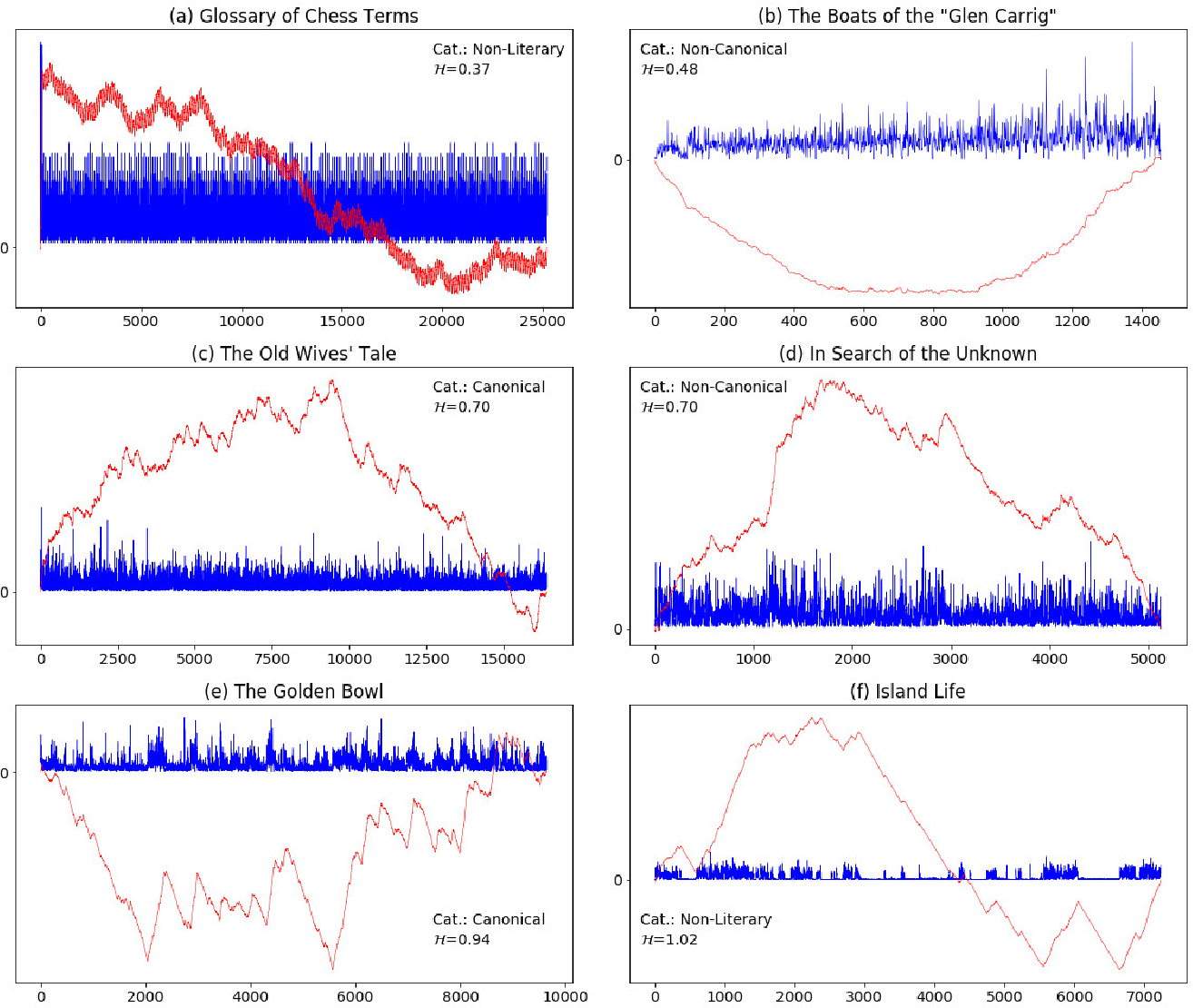 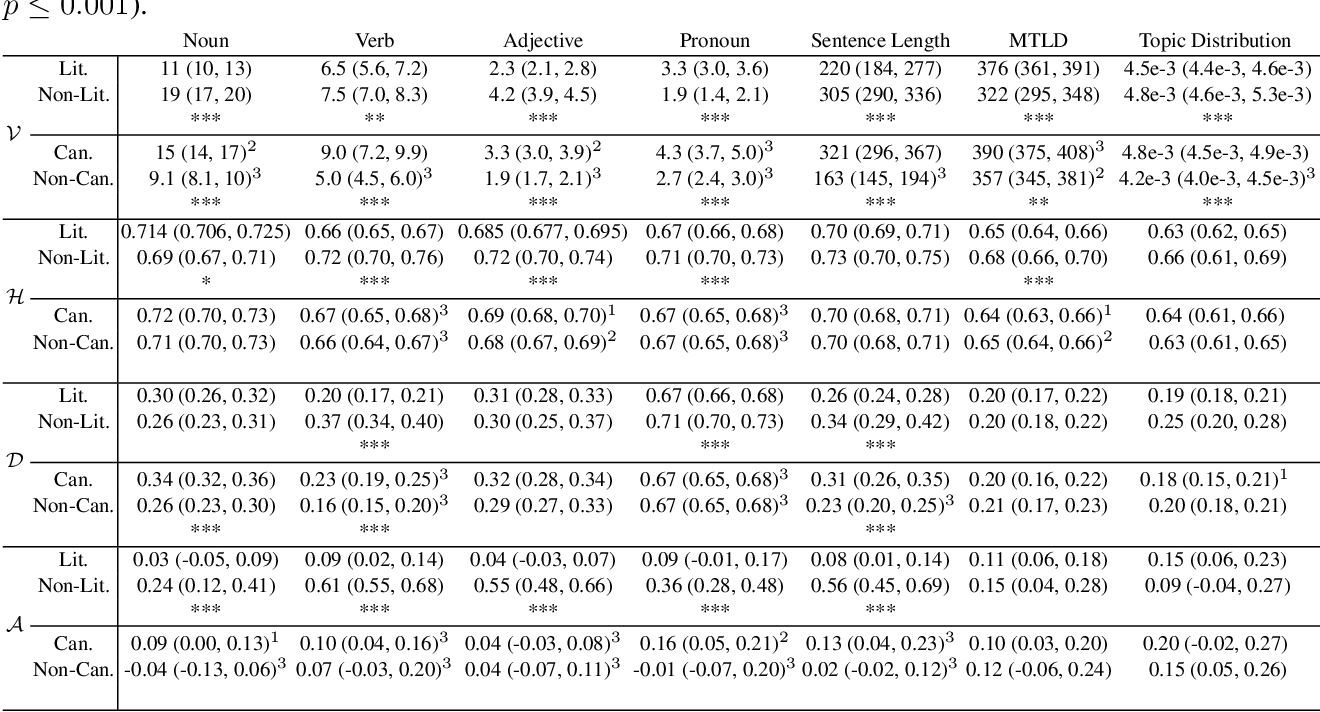 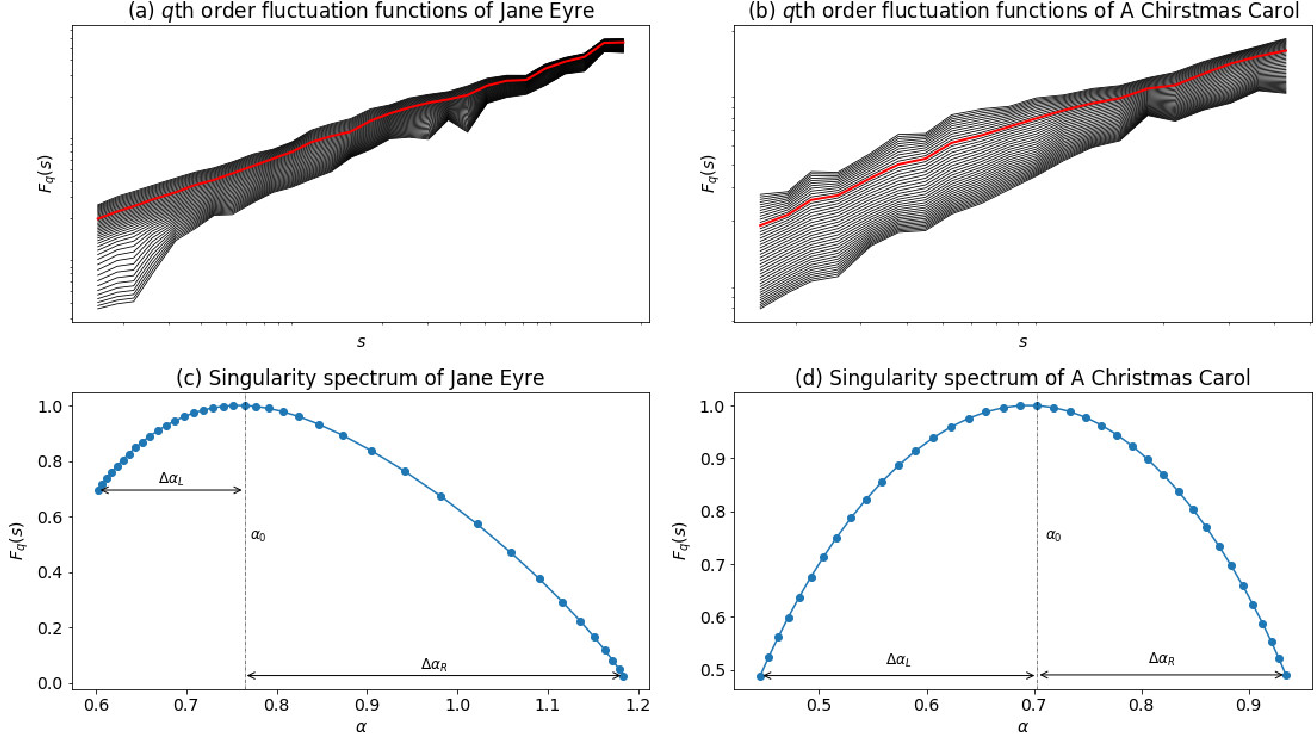 This study investigates global properties of literary and non-literary texts. Within the literary texts, a distinction is made between canonical and non-canonical works. The central hypothesis of the study is that the three text types (non-literary, literary/canonical and literary/non-canonical) exhibit systematic differences with respect to structural design features as correlates of aesthetic responses in readers. To investigate these differences, we compiled a corpus containing texts of the three categories of interest, the Jena Textual Aesthetics Corpus. Two aspects of global structure are investigated, variability and self-similar (fractal) patterns, which reflect long-range correlations along texts. We use four types of basic observations, (i) the frequency of POS-tags per sentence, (ii) sentence length, (iii) lexical diversity in chunks of text, and (iv) the distribution of topic probabilities in chunks of texts. These basic observations are grouped into two more general categories, (a) the low-level properties (i) and (ii), which are observed at the level of the sentence (reflecting linguistic decoding), and (b) the high-level properties (iii) and (iv), which are observed at the textual level (reflecting comprehension). The basic observations are transformed into time series, and these time series are subject to multifractal detrended fluctuation analysis (MFDFA). Our results show that low-level properties of texts are better discriminators than high-level properties, for the three text types under analysis. Canonical literary texts differ from non-canonical ones primarily in terms of variability. Fractality seems to be a universal feature of text, more pronounced in non-literary than in literary texts. Beyond the specific results of the study, we intend to open up new perspectives on the experimental study of textual aesthetics. 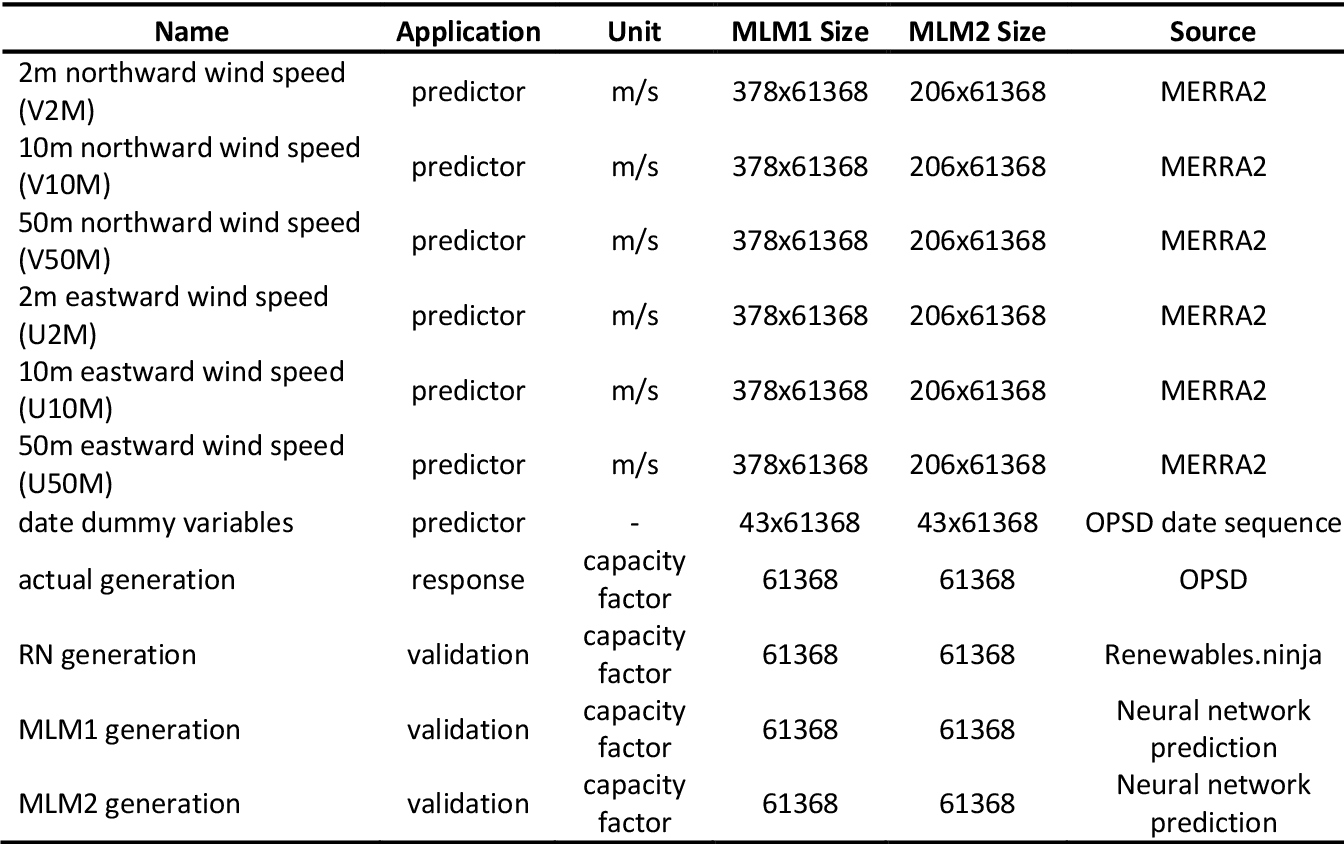 Driven by climatic processes, wind power generation is inherently variable. Long-term simulated wind power time series are therefore an essential component for understanding the temporal availability of wind power and its integration into future renewable energy systems. In the recent past, mainly power curve based models such as Renewables.ninja (RN) have been used for deriving synthetic time series for wind power generation despite their need for accurate location information as well as for bias correction, and their insufficient replication of extreme events and short-term power ramps. We assess how time series generated by machine learning models (MLM) compare to RN in terms of their ability to replicate the characteristics of observed nationally aggregated wind power generation for Germany. Hence, we apply neural networks to one MERRA2 reanalysis wind speed input dataset with no location information and one with basic location information. The resulting time series and the RN time series are compared with actual generation. Both MLM time series feature equal or even better time series quality than RN depending on the characteristics considered. We conclude that MLM models can, even when reducing information on turbine locations and turbine types, produce time series of at least equal quality to RN. 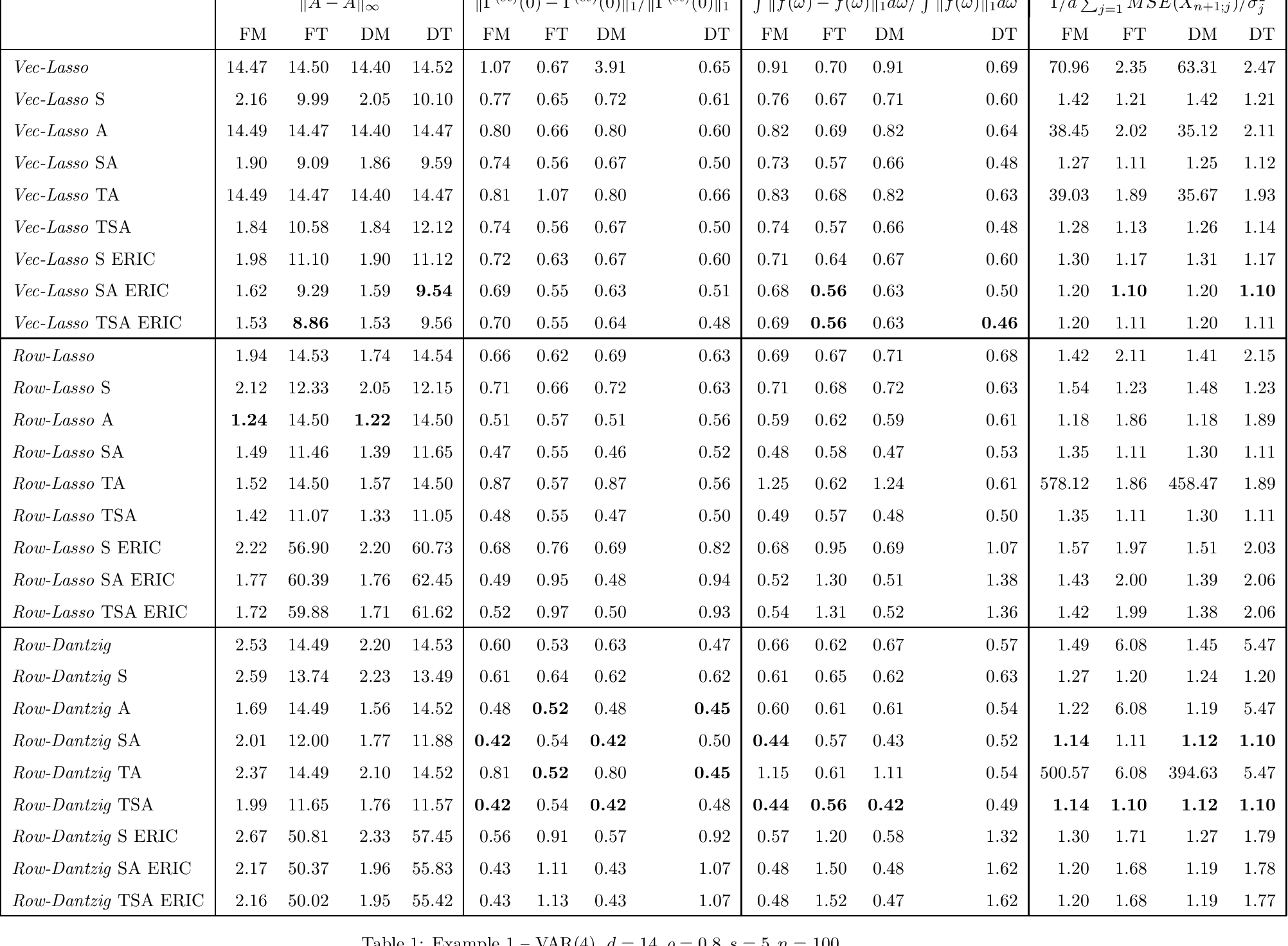 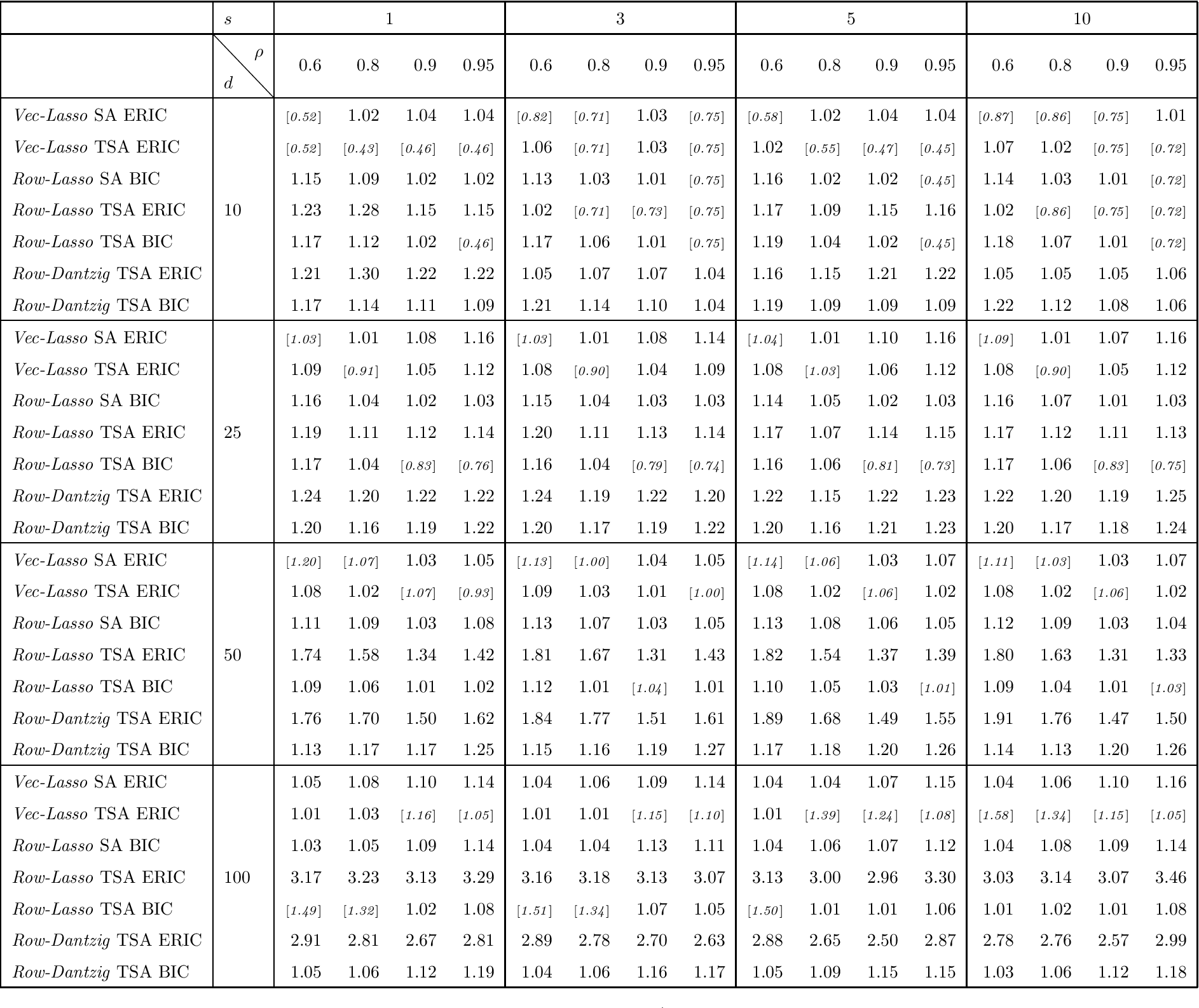 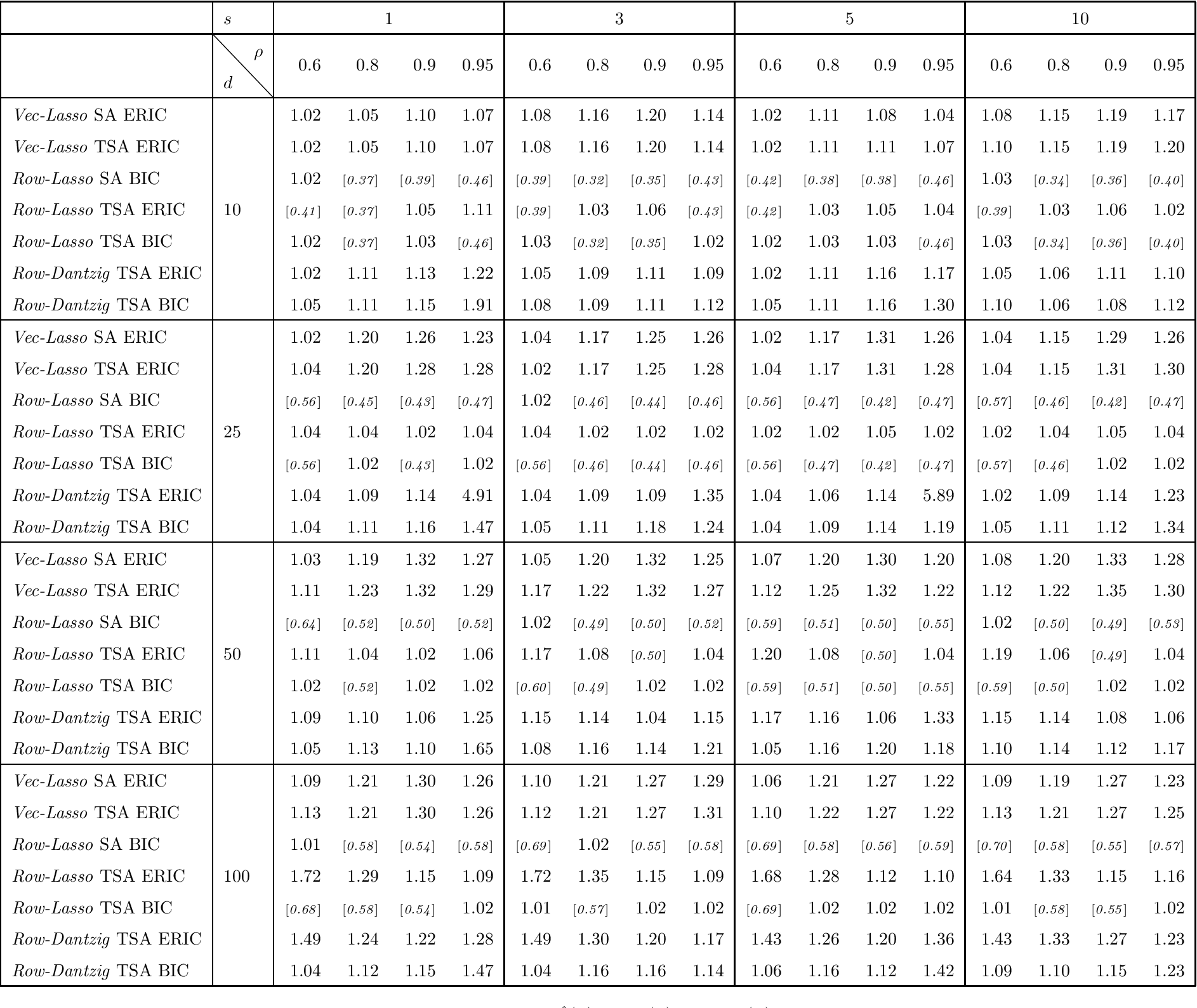 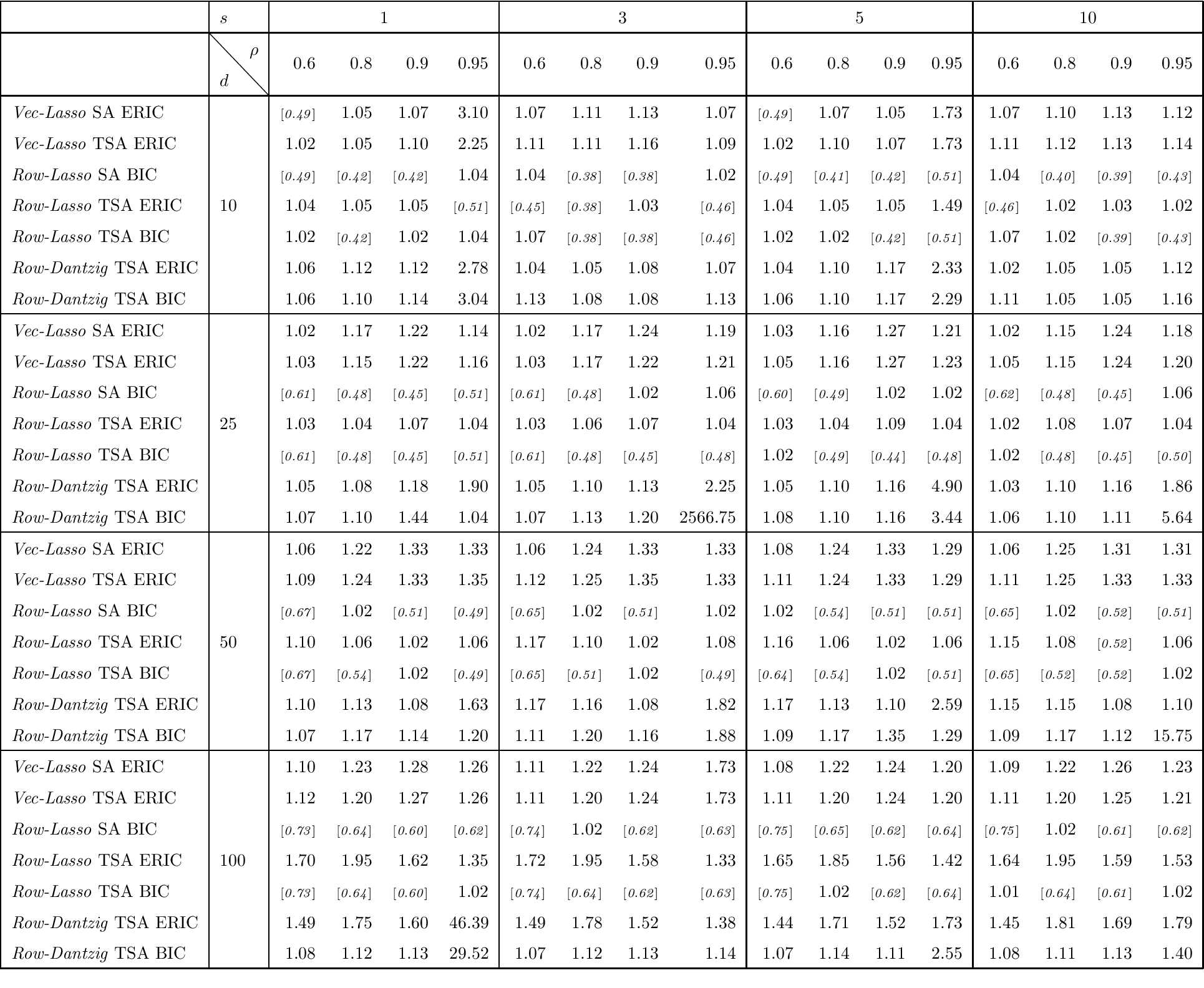 High-dimensional vector autoregressive (VAR) models are important tools for the analysis of multivariate time series. This paper focuses on high-dimensional time series and on the different regularized estimation procedures proposed for fitting sparse VAR models to such time series. Attention is paid to the different sparsity assumptions imposed on the VAR parameters and how these sparsity assumptions are related to the particular consistency properties of the estimators established. A sparsity scheme for high-dimensional VAR models is proposed which is found to be more appropriate for the time series setting considered. Furthermore, it is shown that, under this sparsity setting, threholding extents the consistency properties of regularized estimators to a wide range of matrix norms. Among other things, this enables application of the VAR parameters estimators to different inference problems, like forecasting or estimating the second-order characteristics of the underlying VAR process. Extensive simulations compare the finite sample behavior of the different regularized estimators proposed using a variety of performance criteria. 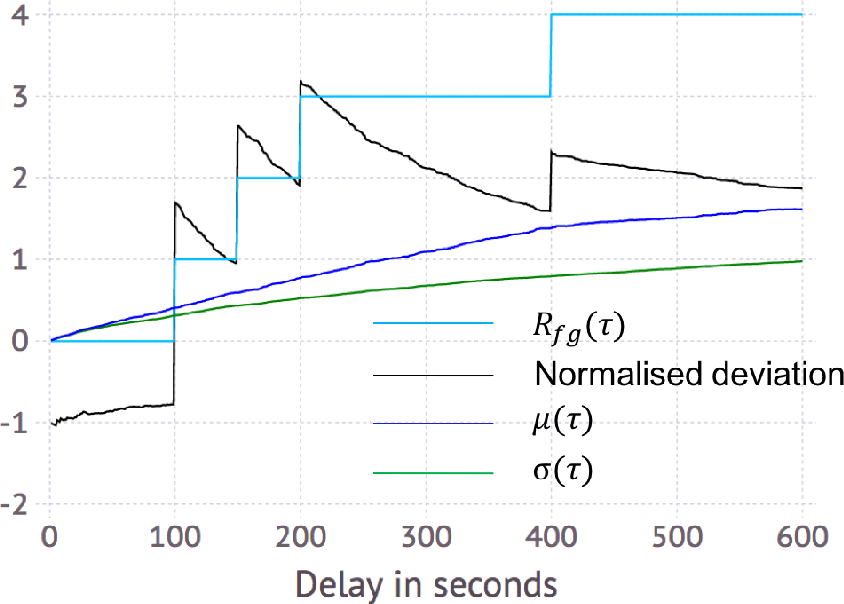 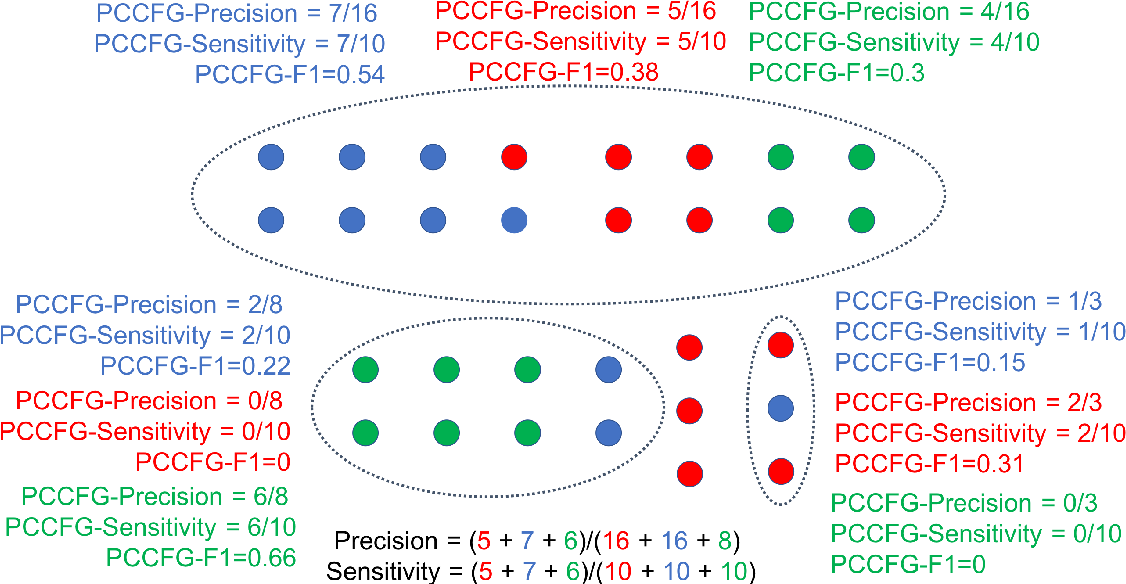 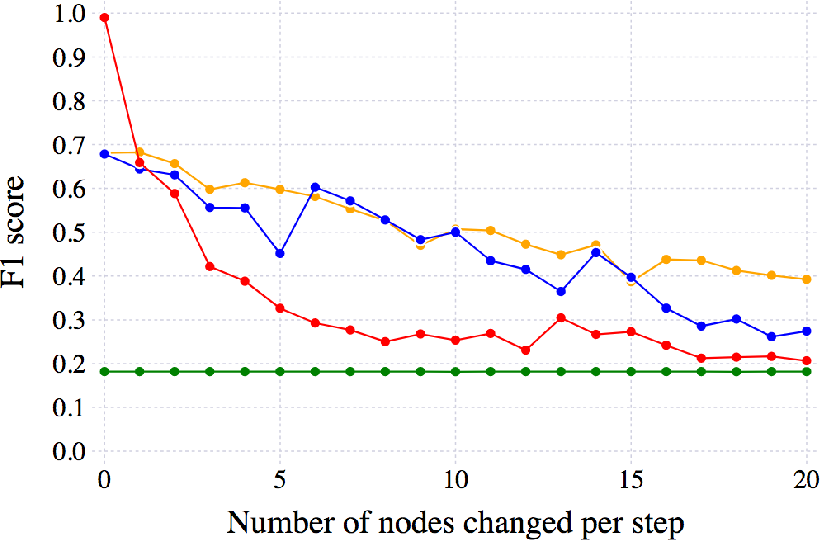 We consider the problem of inferring the functional connectivity of a large-scale computer network from sparse time series of events emitted by its nodes. We do so under the following three domain-specific constraints: (a) non-stationarity of the functional connectivity due to unknown temporal changes in the network, (b) sparsity of the time-series of events that limits the effectiveness of classical correlation-based analysis, and (c) lack of an explicit model describing how events propagate through the network. Under the assumption that the probability of two nodes being functionally connected correlates with the mean delay between their respective events, we develop an inference method whose output is an undirected weighted network where the weight of an edge between two nodes denotes the probability of these nodes being functionally connected. Using a combination of windowing and convolution to calculate at each time window a score quantifying the likelihood of a pair of nodes emitting events in quick succession, we develop a model of time-varying connectivity whose parameters are determined by maximising the model's predictive power from one time window to the next. To assess the effectiveness of our inference method, we construct synthetic data for which ground truth is available and use these data to benchmark our approach against three state-of-the-art inference methods. We conclude by discussing its application to data from a real-world large-scale computer network.