Multivariate time series analysis is becoming an integral part of data analysis pipelines. Understanding the individual time point connections between covariates as well as how these connections change in time is non-trivial. To this aim, we propose a novel method that leverages on Hidden Markov Models and Gaussian Graphical Models -- Time Adaptive Gaussian Model (TAGM). Our model is a generalization of state-of-the-art methods for the inference of temporal graphical models, its formulation leverages on both aspects of these models providing better results than current methods. In particular,it performs pattern recognition by clustering data points in time; and, it finds probabilistic (and possibly causal) relationships among the observed variables. Compared to current methods for temporal network inference, it reduces the basic assumptions while still showing good inference performances. 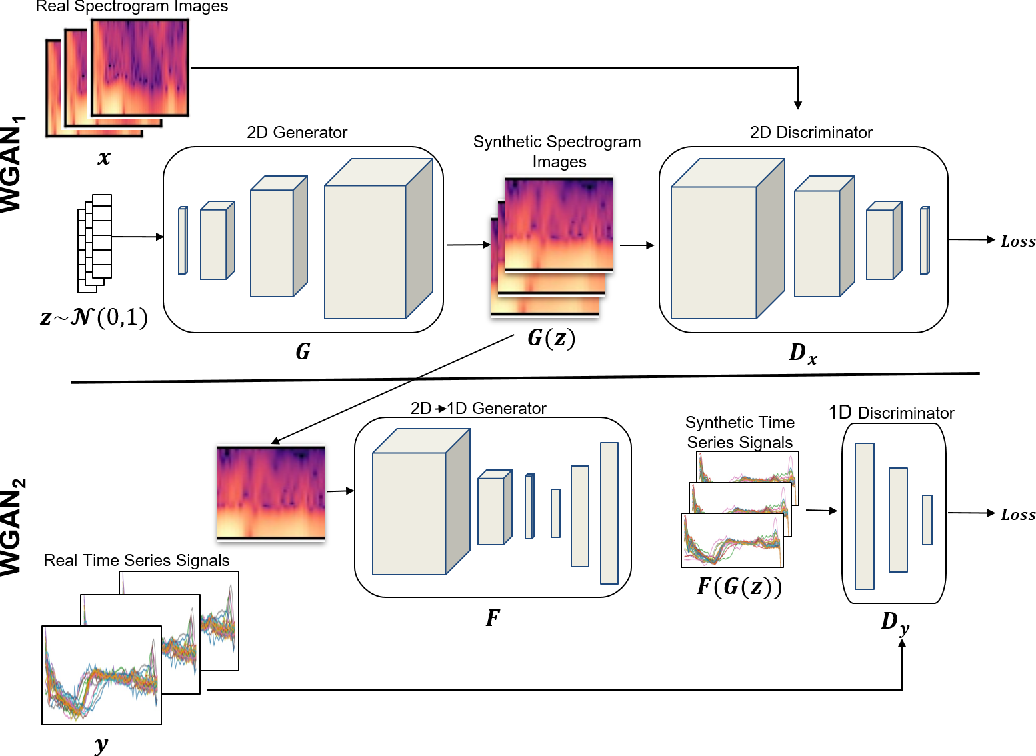 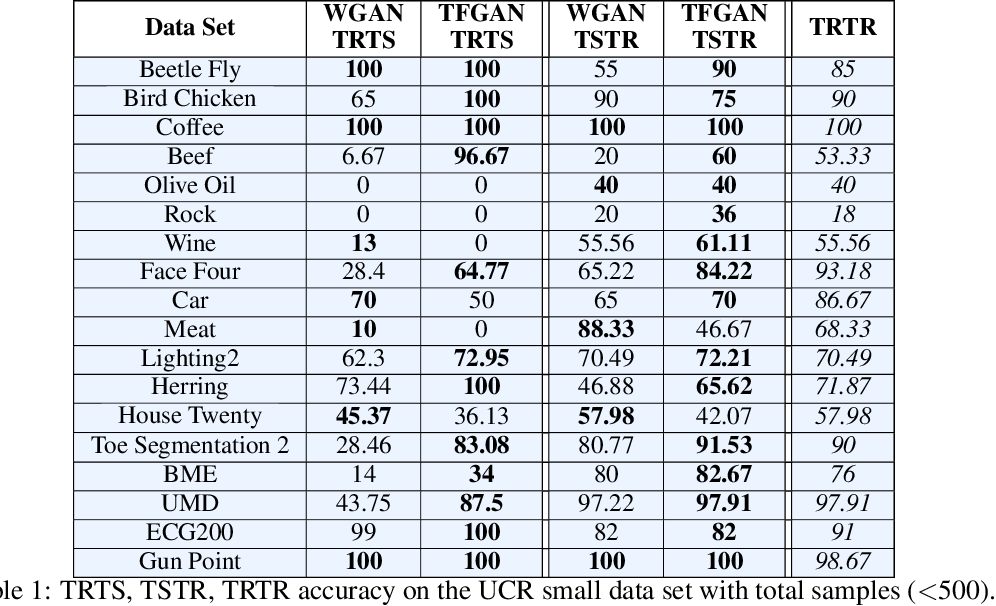 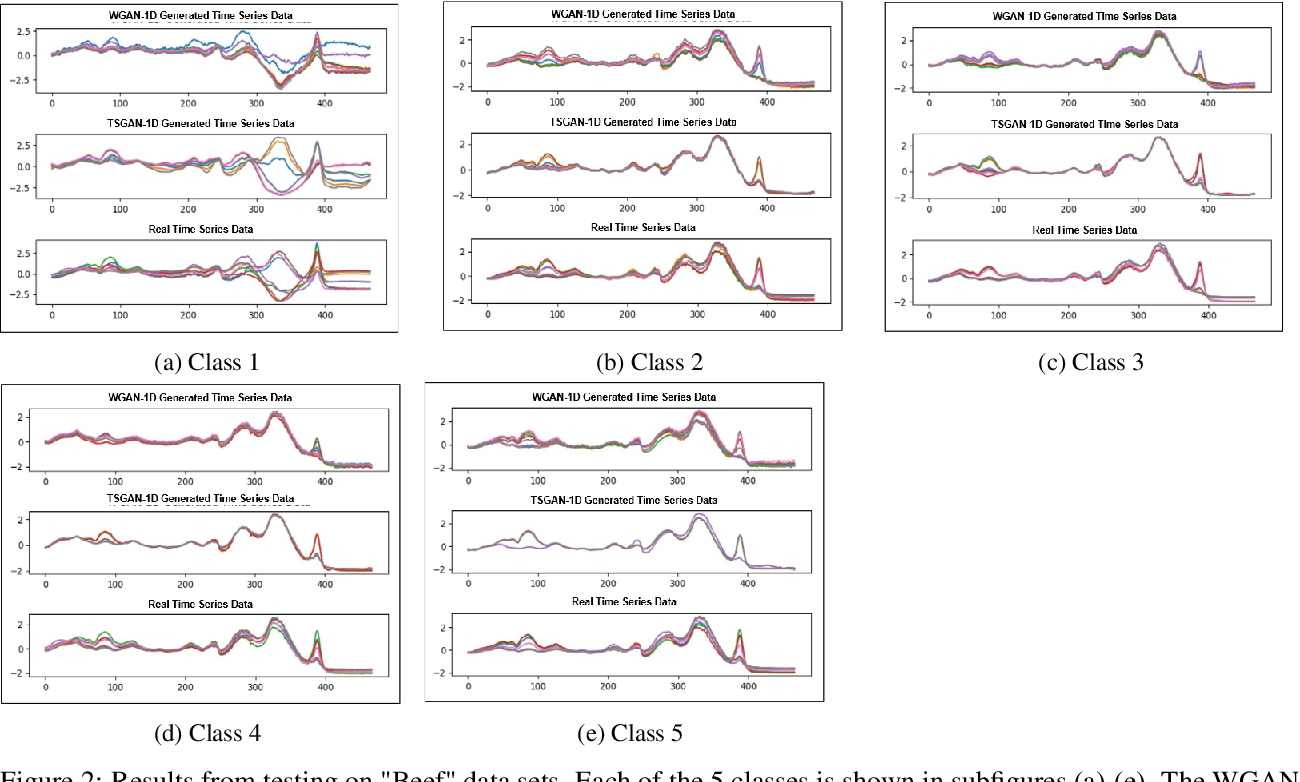 It is abundantly clear that time dependent data is a vital source of information in the world. The challenge has been for applications in machine learning to gain access to a considerable amount of quality data needed for algorithm development and analysis. Modeling synthetic data using a Generative Adversarial Network (GAN) has been at the heart of providing a viable solution. Our work focuses on one dimensional times series and explores the few shot approach, which is the ability of an algorithm to perform well with limited data. This work attempts to ease the frustration by proposing a new architecture, Time Series GAN (TSGAN), to model realistic time series data. We evaluate TSGAN on 70 data sets from a benchmark time series database. Our results demonstrate that TSGAN performs better than the competition both quantitatively using the Frechet Inception Score (FID) metric, and qualitatively when classification is used as the evaluation criteria. 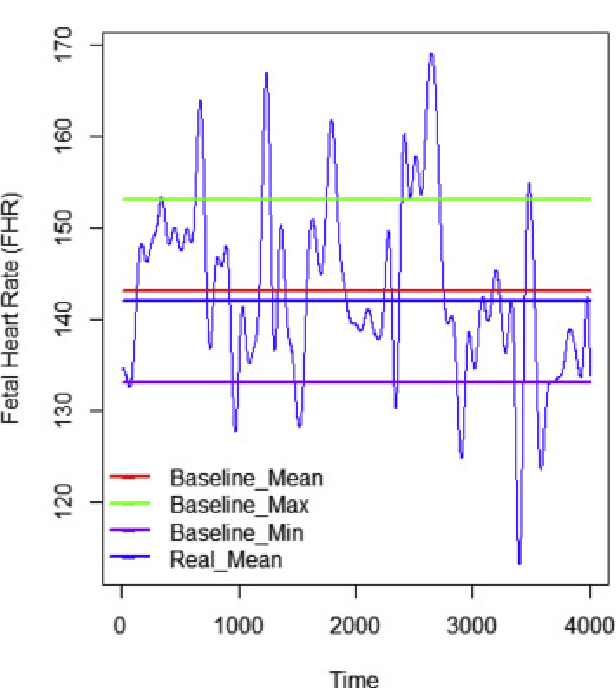 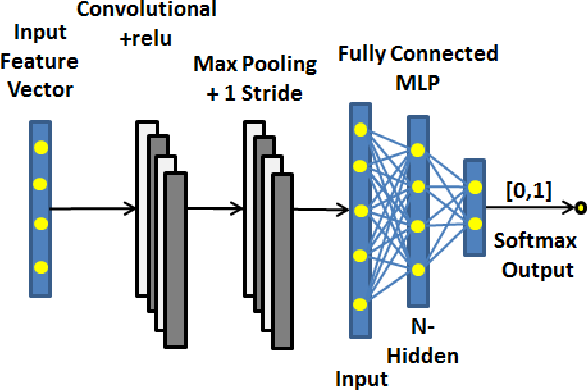 Gynaecologists and obstetricians visually interpret cardiotocography (CTG) traces using the International Federation of Gynaecology and Obstetrics (FIGO) guidelines to assess the wellbeing of the foetus during antenatal care. This approach has raised concerns among professionals concerning inter- and intra-variability where clinical diagnosis only has a 30% positive predictive value when classifying pathological outcomes. Machine learning models, trained with FIGO and other user derived features extracted from CTG traces, have been shown to increase positive predictive capacity and minimise variability. This is only possible however when class distributions are equal which is rarely the case in clinical trials where case-control observations are heavily skewed. Classes can be balanced using either synthetic data derived from resampled case training data or by decreasing the number of control instances. However, this introduces bias and removes valuable information. Concerns have also been raised regarding machine learning studies and their reliance on manually handcrafted features. While this has led to some interesting results, deriving an optimal set of features is considered to be an art as well as a science and is often an empirical and time consuming process. In this paper, we address both of these issues and propose a novel CTG analysis methodology that a) splits CTG time series signals into n-size windows with equal class distributions, and b) automatically extracts features from time-series windows using a one dimensional convolutional neural network (1DCNN) and multilayer perceptron (MLP) ensemble. Our proposed method achieved good results using a window size of 200 with (Sens=0.7981, Spec=0.7881, F1=0.7830, Kappa=0.5849, AUC=0.8599, and Logloss=0.4791). 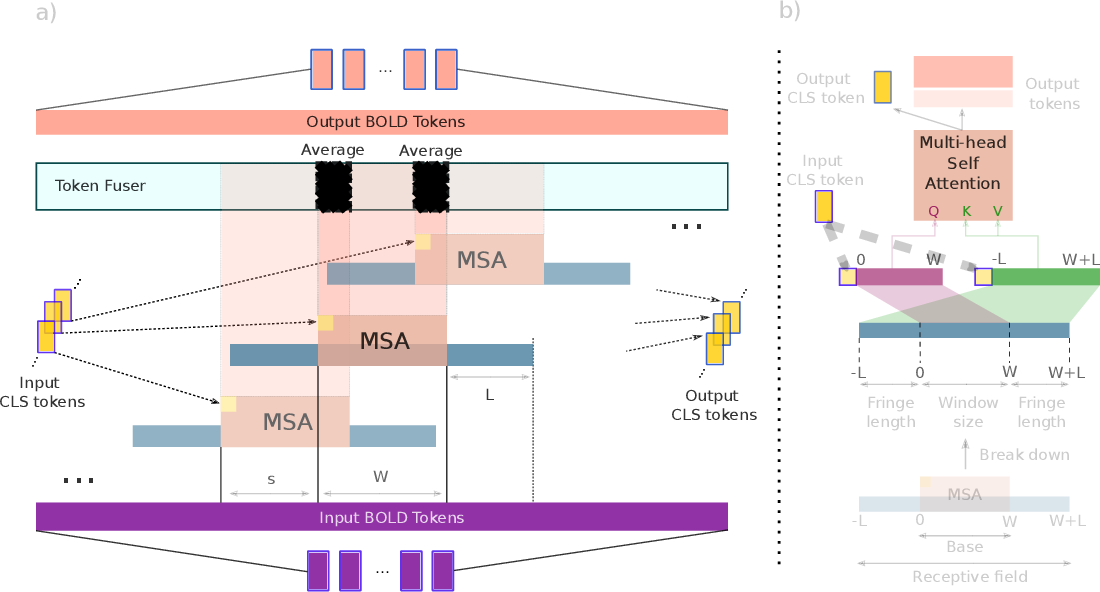 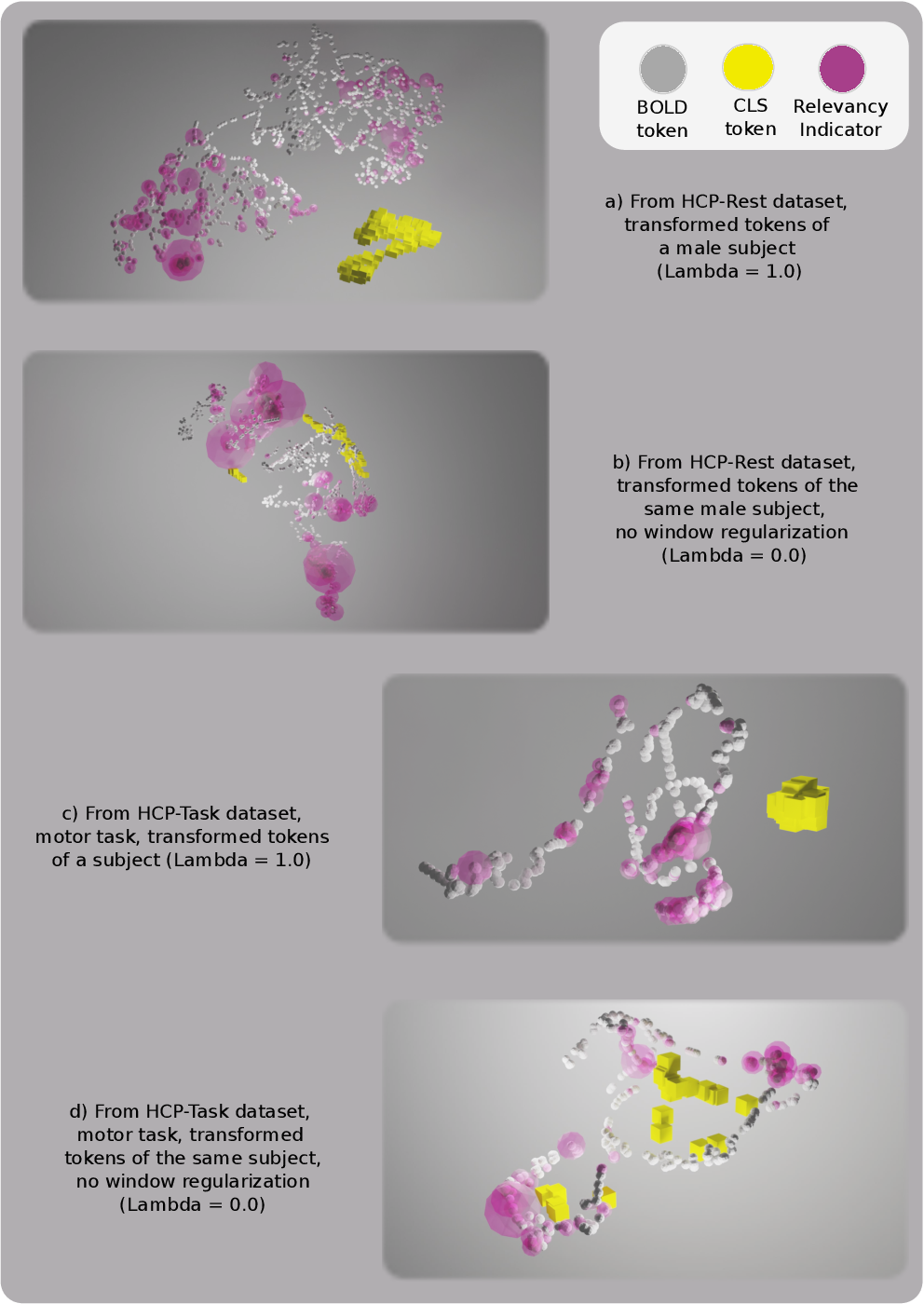 Functional magnetic resonance imaging (fMRI) enables examination of inter-regional interactions in the brain via functional connectivity (FC) analyses that measure the synchrony between the temporal activations of separate regions. Given their exceptional sensitivity, deep-learning methods have received growing interest for FC analyses of high-dimensional fMRI data. In this domain, models that operate directly on raw time series as opposed to pre-computed FC features have the potential benefit of leveraging the full scale of information present in fMRI data. However, previous models are based on architectures suboptimal for temporal integration of representations across multiple time scales. Here, we present BolT, blood-oxygen-level-dependent transformer, for analyzing multi-variate fMRI time series. BolT leverages a cascade of transformer encoders equipped with a novel fused window attention mechanism. Transformer encoding is performed on temporally-overlapped time windows within the fMRI time series to capture short time-scale representations. To integrate information across windows, cross-window attention is computed between base tokens in each time window and fringe tokens from neighboring time windows. To transition from local to global representations, the extent of window overlap and thereby number of fringe tokens is progressively increased across the cascade. Finally, a novel cross-window regularization is enforced to align the high-level representations of global $CLS$ features across time windows. Comprehensive experiments on public fMRI datasets clearly illustrate the superior performance of BolT against state-of-the-art methods. Posthoc explanatory analyses to identify landmark time points and regions that contribute most significantly to model decisions corroborate prominent neuroscientific findings from recent fMRI studies. 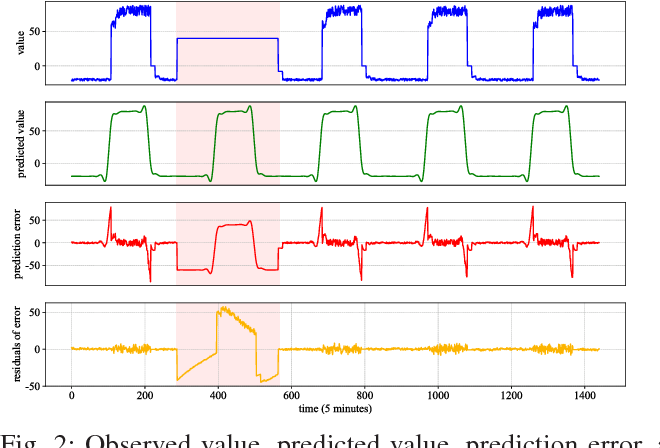 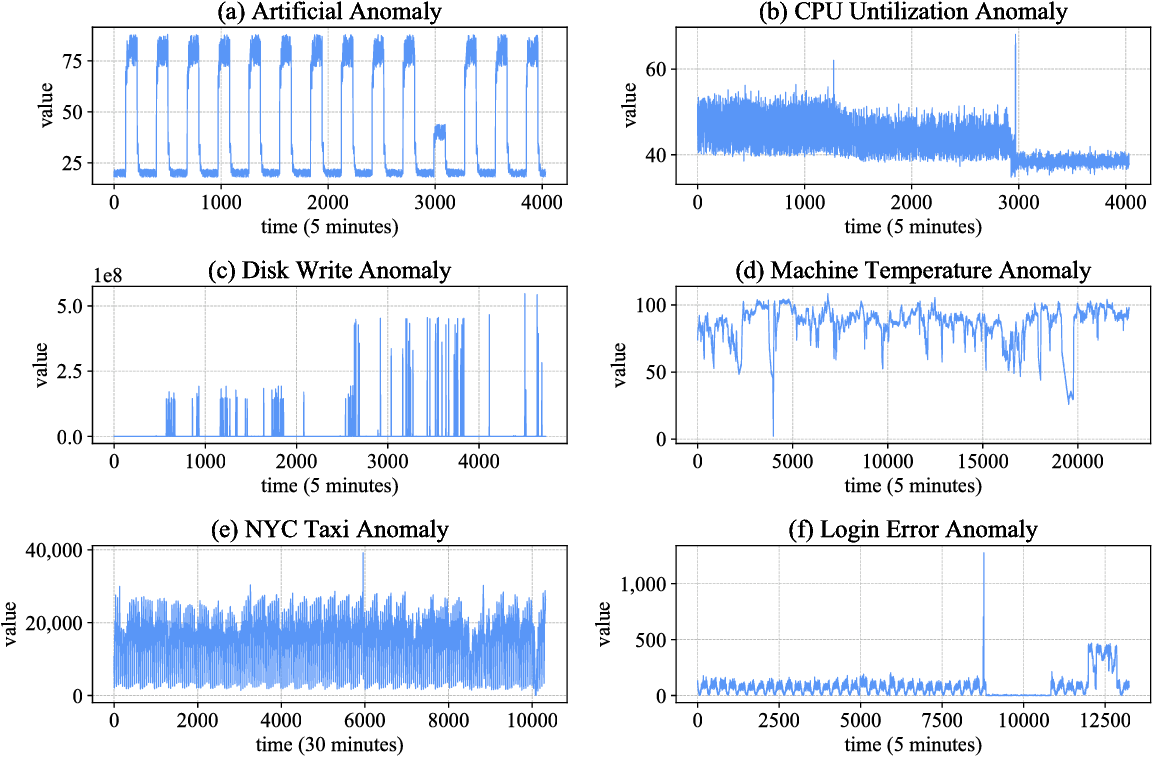 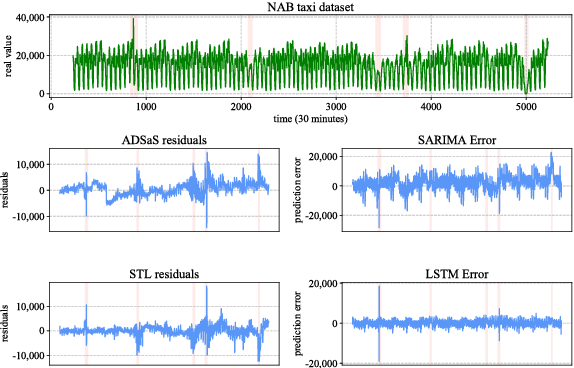 Since with massive data growth, the need for autonomous and generic anomaly detection system is increased. However, developing one stand-alone generic anomaly detection system that is accurate and fast is still a challenge. In this paper, we propose conventional time-series analysis approaches, the Seasonal Autoregressive Integrated Moving Average (SARIMA) model and Seasonal Trend decomposition using Loess (STL), to detect complex and various anomalies. Usually, SARIMA and STL are used only for stationary and periodic time-series, but by combining, we show they can detect anomalies with high accuracy for data that is even noisy and non-periodic. We compared the algorithm to Long Short Term Memory (LSTM), a deep-learning-based algorithm used for anomaly detection system. We used a total of seven real-world datasets and four artificial datasets with different time-series properties to verify the performance of the proposed algorithm.


* 6 pages, 4 figures, In Proceedings of the 19th World Conference on Information Security and Applications (WISA) 2018

Innovations Autoencoder and its Application in One-class Anomalous Sequence Detection 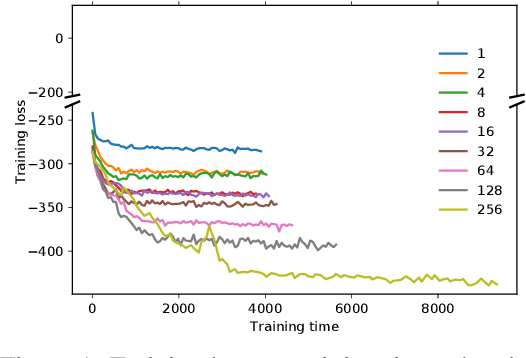 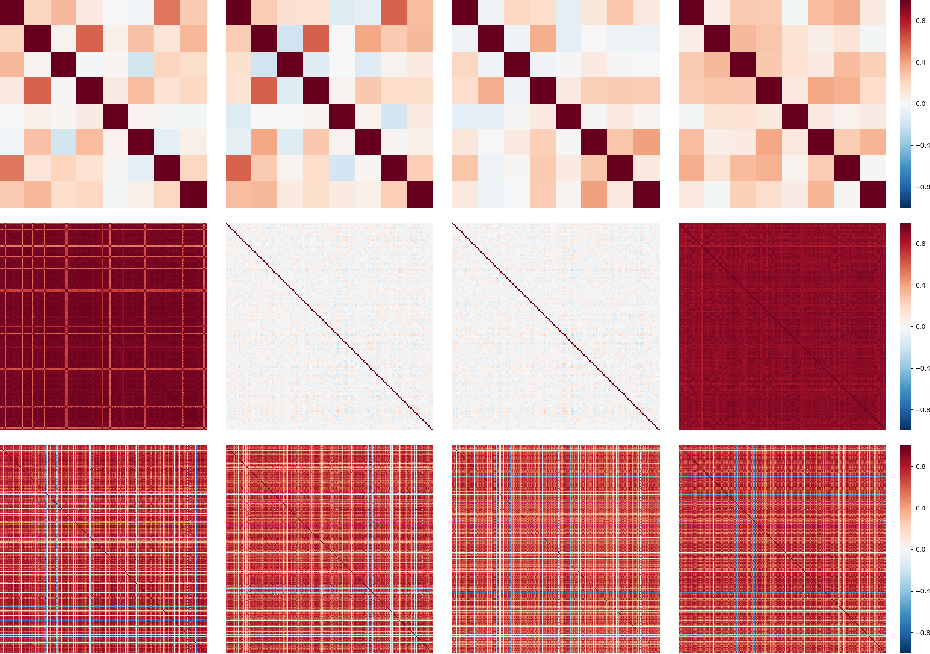 Predicting the dependencies between observations from multiple time series is critical for applications such as anomaly detection, financial risk management, causal analysis, or demand forecasting. However, the computational and numerical difficulties of estimating time-varying and high-dimensional covariance matrices often limits existing methods to handling at most a few hundred dimensions or requires making strong assumptions on the dependence between series. We propose to combine an RNN-based time series model with a Gaussian copula process output model with a low-rank covariance structure to reduce the computational complexity and handle non-Gaussian marginal distributions. This permits to drastically reduce the number of parameters and consequently allows the modeling of time-varying correlations of thousands of time series. We show on several real-world datasets that our method provides significant accuracy improvements over state-of-the-art baselines and perform an ablation study analyzing the contributions of the different components of our model.

Detection of Structural Change in Geographic Regions of Interest by Self Organized Mapping: Las Vegas City and Lake Mead across the Years 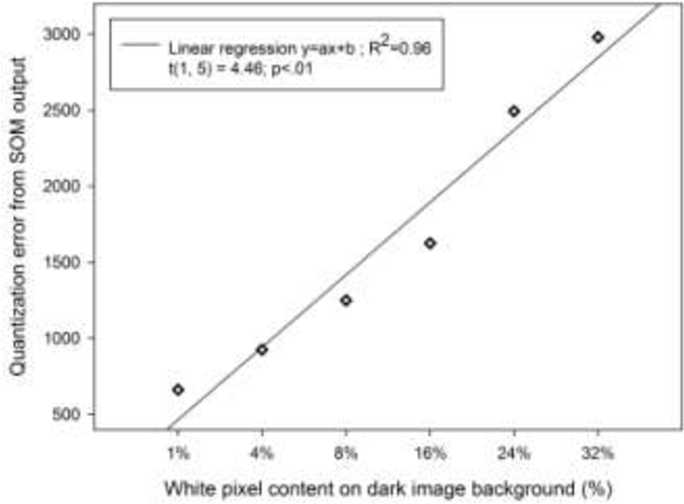 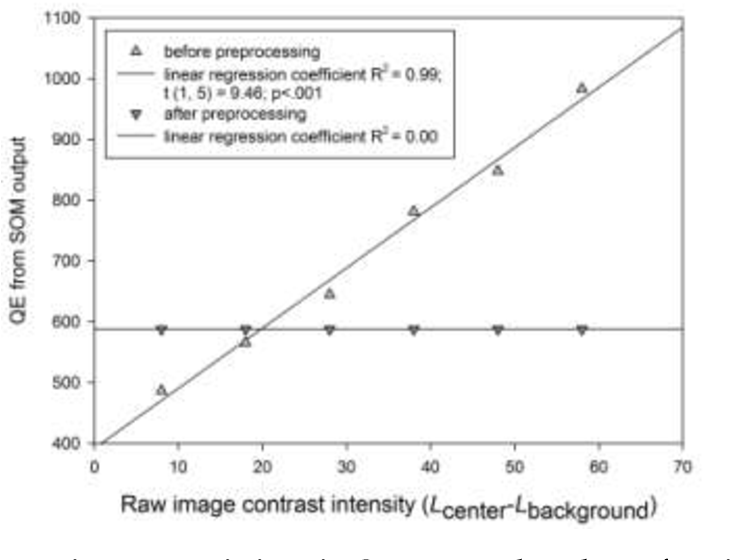 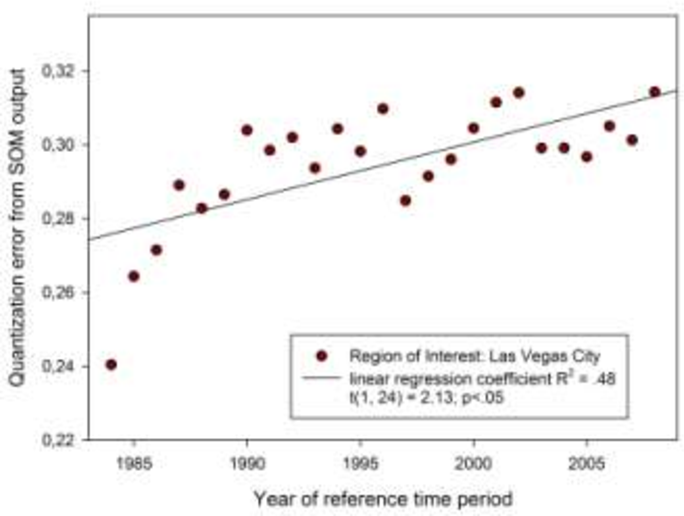 Time-series of satellite images may reveal important data about changes in environmental conditions and natural or urban landscape structures that are of potential interest to citizens, historians, or policymakers. We applied a fast method of image analysis using Self Organized Maps (SOM) and, more specifically, the quantization error (QE), for the visualization of critical changes in satellite images of Las Vegas, generated across the years 1984-2008, a period of major restructuration of the urban landscape. As shown in our previous work, the QE from the SOM output is a reliable measure of variability in local image contents. In the present work, we use statistical trend analysis to show how the QE from SOM run on specific geographic regions of interest extracted from satellite images can be exploited to detect both the magnitude and the direction of structural change across time at a glance. Significantly correlated demographic data for the same reference time period are highlighted. The approach is fast and reliable, and can be implemented for the rapid detection of potentially critical changes in time series of large bodies of image data.