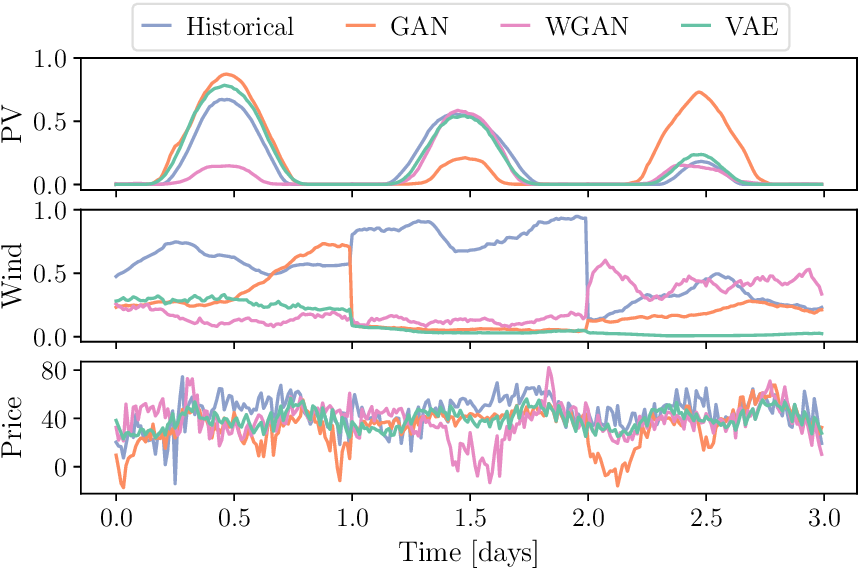 The design and operation of modern energy systems are heavily influenced by time-dependent and uncertain parameters, e.g., renewable electricity generation, load-demand, and electricity prices. These are typically represented by a set of discrete realizations known as scenarios. A popular scenario generation approach uses deep generative models (DGM) that allow scenario generation without prior assumptions about the data distribution. However, the validation of generated scenarios is difficult, and a comprehensive discussion about appropriate validation methods is currently lacking. To start this discussion, we provide a critical assessment of the currently used validation methods in the energy scenario generation literature. In particular, we assess validation methods based on probability density, auto-correlation, and power spectral density. Furthermore, we propose using the multifractal detrended fluctuation analysis (MFDFA) as an additional validation method for non-trivial features like peaks, bursts, and plateaus. As representative examples, we train generative adversarial networks (GANs), Wasserstein GANs (WGANs), and variational autoencoders (VAEs) on two renewable power generation time series (photovoltaic and wind from Germany in 2013 to 2015) and an intra-day electricity price time series form the European Energy Exchange in 2017 to 2019. We apply the four validation methods to both the historical and the generated data and discuss the interpretation of validation results as well as common mistakes, pitfalls, and limitations of the validation methods. Our assessment shows that no single method sufficiently characterizes a scenario but ideally validation should include multiple methods and be interpreted carefully in the context of scenarios over short time periods. 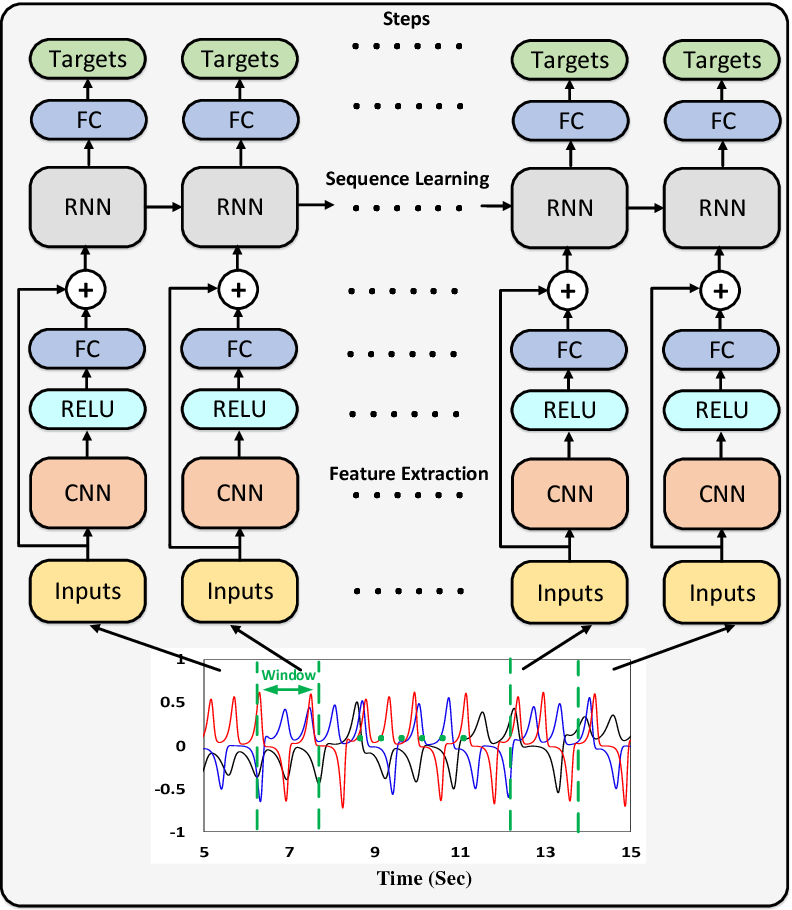 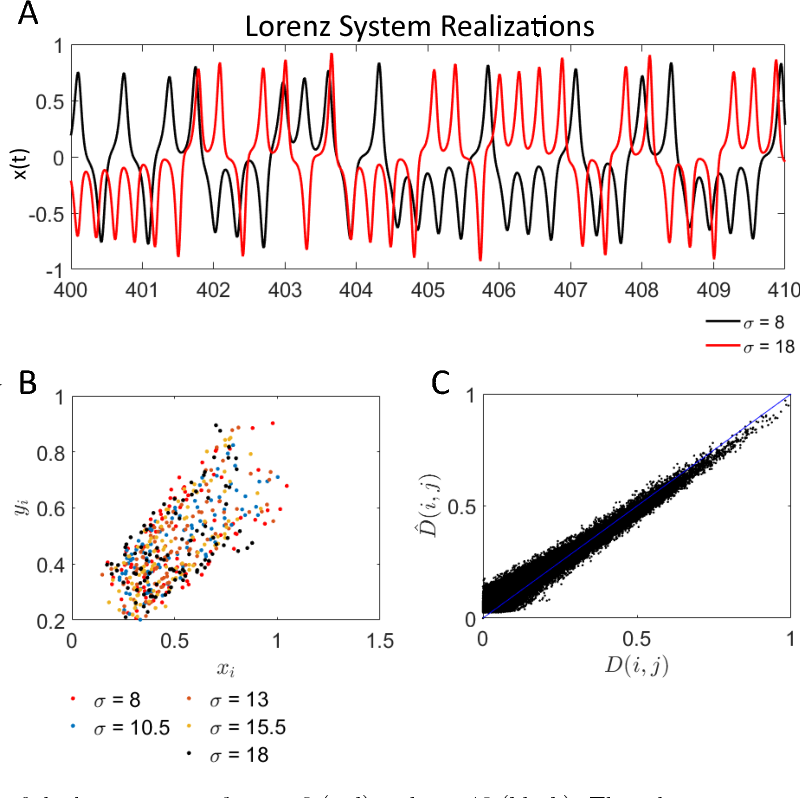 Nowadays a diverse range of physiological data can be captured continuously for various applications in particular wellbeing and healthcare. Such data require efficient methods for classification and analysis. Deep learning algorithms have shown remarkable potential regarding such analyses, however, the use of these algorithms on low-power wearable devices is challenged by resource constraints such as area and power consumption. Most of the available on-chip deep learning processors contain complex and dense hardware architectures in order to achieve the highest possible throughput. Such a trend in hardware design may not be efficient in applications where on-node computation is required and the focus is more on the area and power efficiency as in the case of portable and embedded biomedical devices. This paper presents an efficient time-series classifier capable of automatically detecting effective features and classifying the input signals in real-time. In the proposed classifier, throughput is traded off with hardware complexity and cost using resource sharing techniques. A Convolutional Neural Network (CNN) is employed to extract input features and then a Long-Short-Term-Memory (LSTM) architecture with ternary weight precision classifies the input signals according to the extracted features. Hardware implementation on a Xilinx FPGA confirm that the proposed hardware can accurately classify multiple complex biomedical time series data with low area and power consumption and outperform all previously presented state-of-the-art records. Most notably, our classifier reaches 1.3$\times$ higher GOPs/Slice than similar state of the art FPGA-based accelerators.

We show how universal codes can be used for solving some of the most important statistical problems for time series. By definition, a universal code (or a universal lossless data compressor) can compress any sequence generated by a stationary and ergodic source asymptotically to the Shannon entropy, which, in turn, is the best achievable ratio for lossless data compressors. We consider finite-alphabet and real-valued time series and the following problems: estimation of the limiting probabilities for finite-alphabet time series and estimation of the density for real-valued time series, the on-line prediction, regression, classification (or problems with side information) for both types of the time series and the following problems of hypothesis testing: goodness-of-fit testing, or identity testing, and testing of serial independence. It is important to note that all problems are considered in the framework of classical mathematical statistics and, on the other hand, everyday methods of data compression (or archivers) can be used as a tool for the estimation and testing. It turns out, that quite often the suggested methods and tests are more powerful than known ones when they are applied in practice.

Two-dimensional cellular automata and the analysis of correlated time series 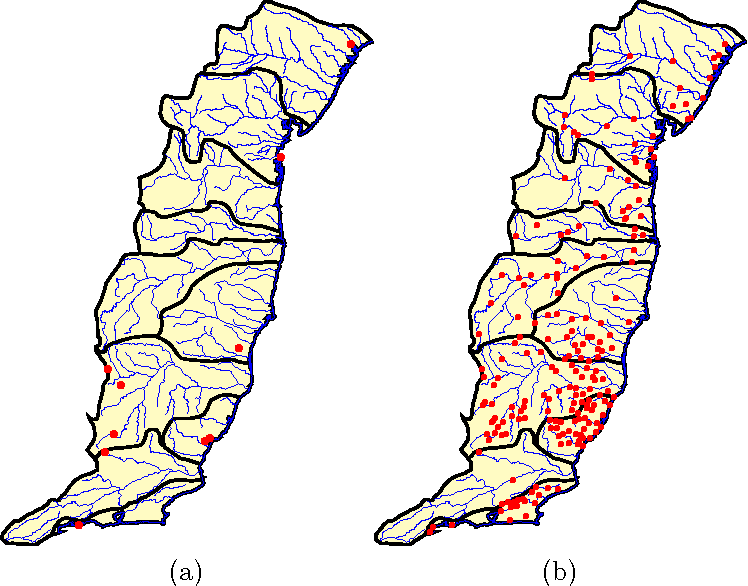 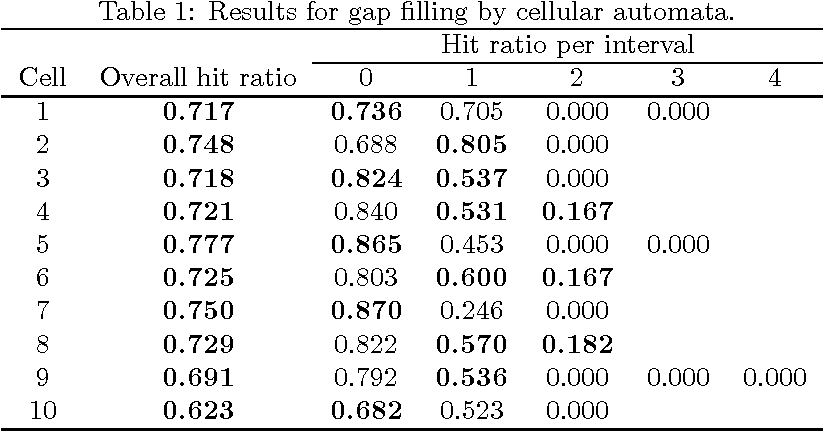 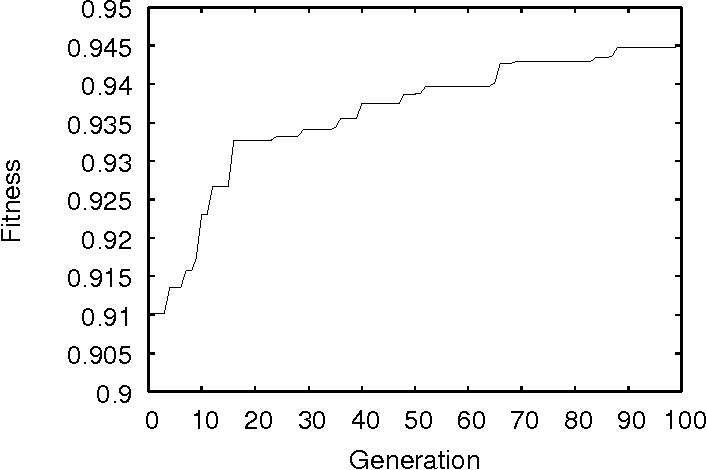 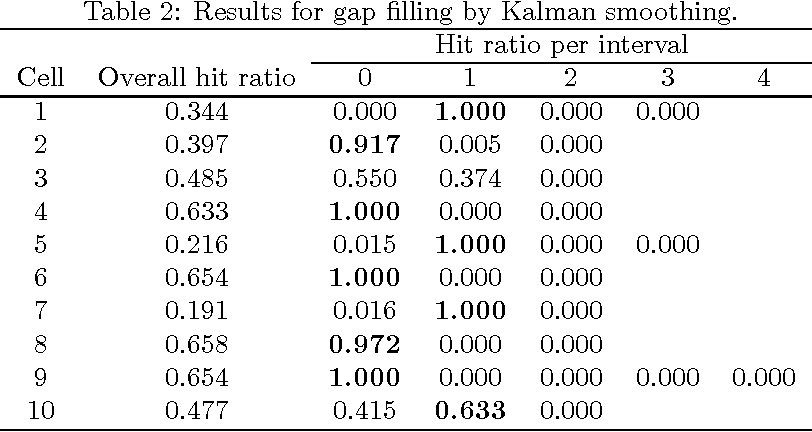 Correlated time series are time series that, by virtue of the underlying process to which they refer, are expected to influence each other strongly. We introduce a novel approach to handle such time series, one that models their interaction as a two-dimensional cellular automaton and therefore allows them to be treated as a single entity. We apply our approach to the problems of filling gaps and predicting values in rainfall time series. Computational results show that the new approach compares favorably to Kalman smoothing and filtering.

This article presents GrowliFlower, a georeferenced, image-based UAV time series dataset of two monitored cauliflower fields of size 0.39 and 0.60 ha acquired in 2020 and 2021. The dataset contains RGB and multispectral orthophotos from which about 14,000 individual plant coordinates are derived and provided. The coordinates enable the dataset users the extraction of complete and incomplete time series of image patches showing individual plants. The dataset contains collected phenotypic traits of 740 plants, including the developmental stage as well as plant and cauliflower size. As the harvestable product is completely covered by leaves, plant IDs and coordinates are provided to extract image pairs of plants pre and post defoliation, to facilitate estimations of cauliflower head size. Moreover, the dataset contains pixel-accurate leaf and plant instance segmentations, as well as stem annotations to address tasks like classification, detection, segmentation, instance segmentation, and similar computer vision tasks. The dataset aims to foster the development and evaluation of machine learning approaches. It specifically focuses on the analysis of growth and development of cauliflower and the derivation of phenotypic traits to foster the development of automation in agriculture. Two baseline results of instance segmentation at plant and leaf level based on the labeled instance segmentation data are presented. The entire data set is publicly available. 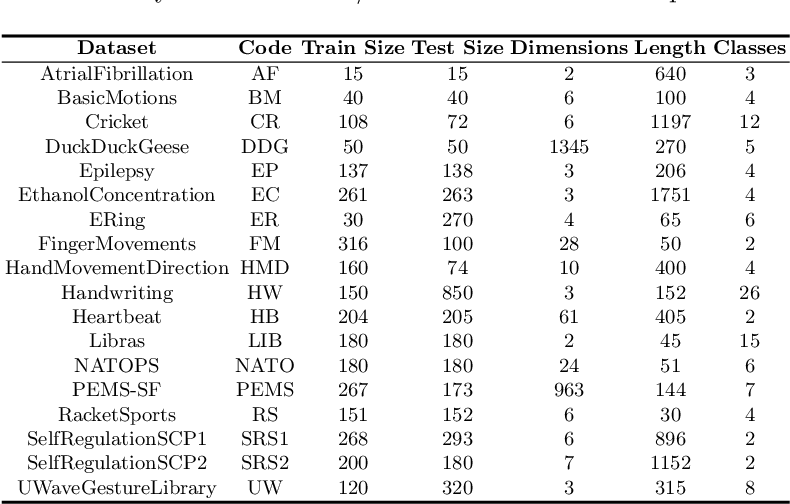 Most current multivariate time series (MTS) classification algorithms focus on improving the predictive accuracy. However, for large-scale (either high-dimensional or long-sequential) time series (TS) datasets, there is an additional consideration: to design an efficient network architecture to reduce computational costs such as training time and memory footprint. In this work we propose a methodology based on module-wise pruning and Pareto analysis to investigate the relationship between model efficiency and accuracy, as well as its complexity. Comprehensive experiments on benchmark MTS datasets illustrate the effectiveness of our method. 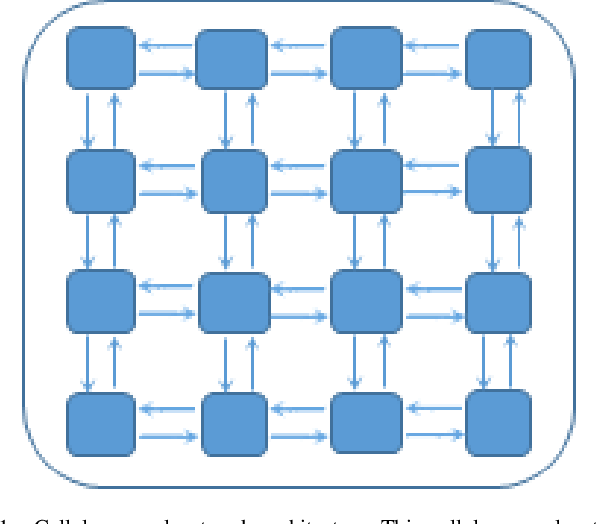 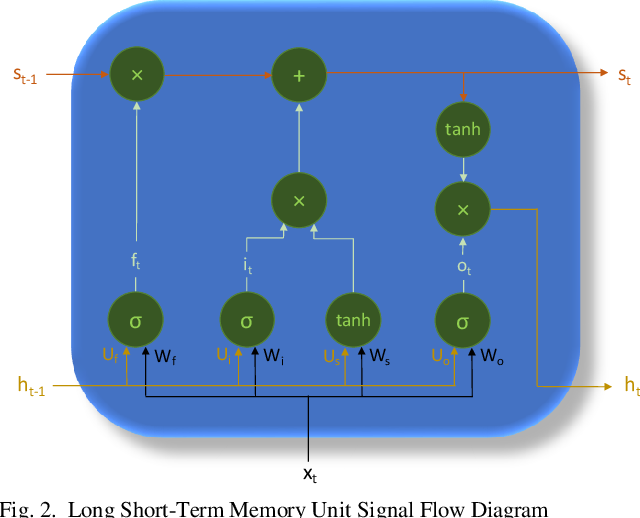 The goal of this technical note is to introduce a new finite-time convergence analysis of temporal difference (TD) learning based on stochastic linear system models. TD-learning is a fundamental reinforcement learning (RL) to evaluate a given policy by estimating the corresponding value function for a Markov decision process. While there has been a series of successful works in theoretical analysis of TDlearning, it was not until recently that researchers found some guarantees on its statistical efficiency by developing finite-time error bounds. In this paper, we propose a simple control theoretic finite-time analysis of TD-learning, which exploits linear system models and standard notions in linear system communities. The proposed work provides new simple templets for RL analysis, and additional insights on TD-learning and RL based on ideas in control theory. 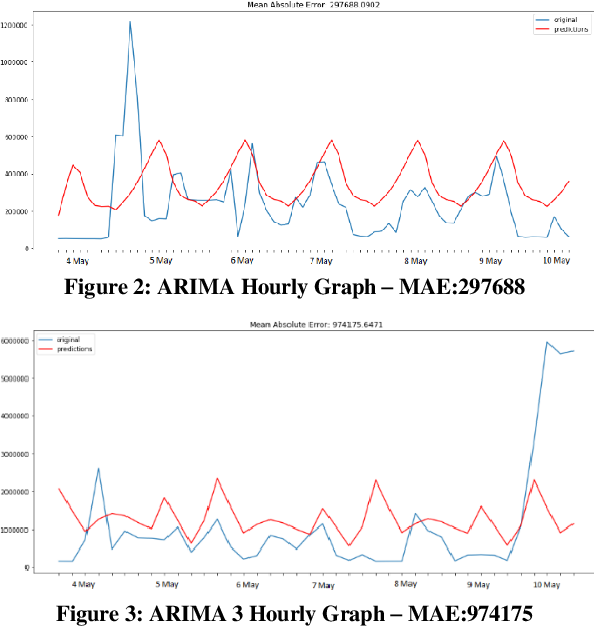 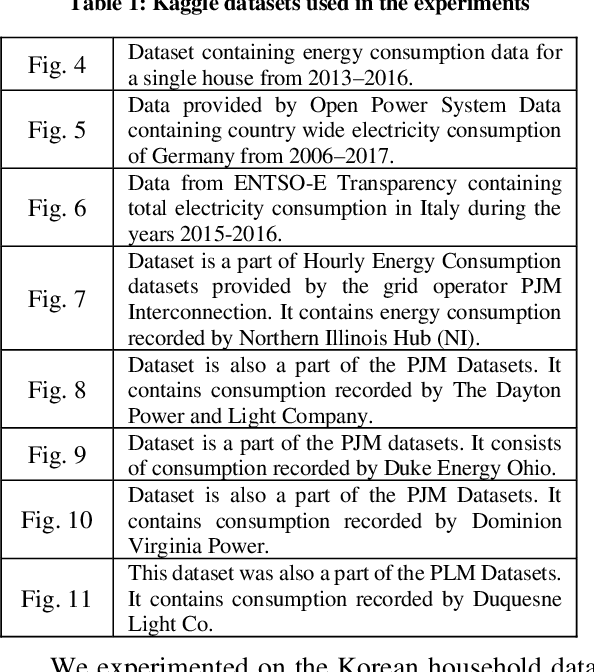 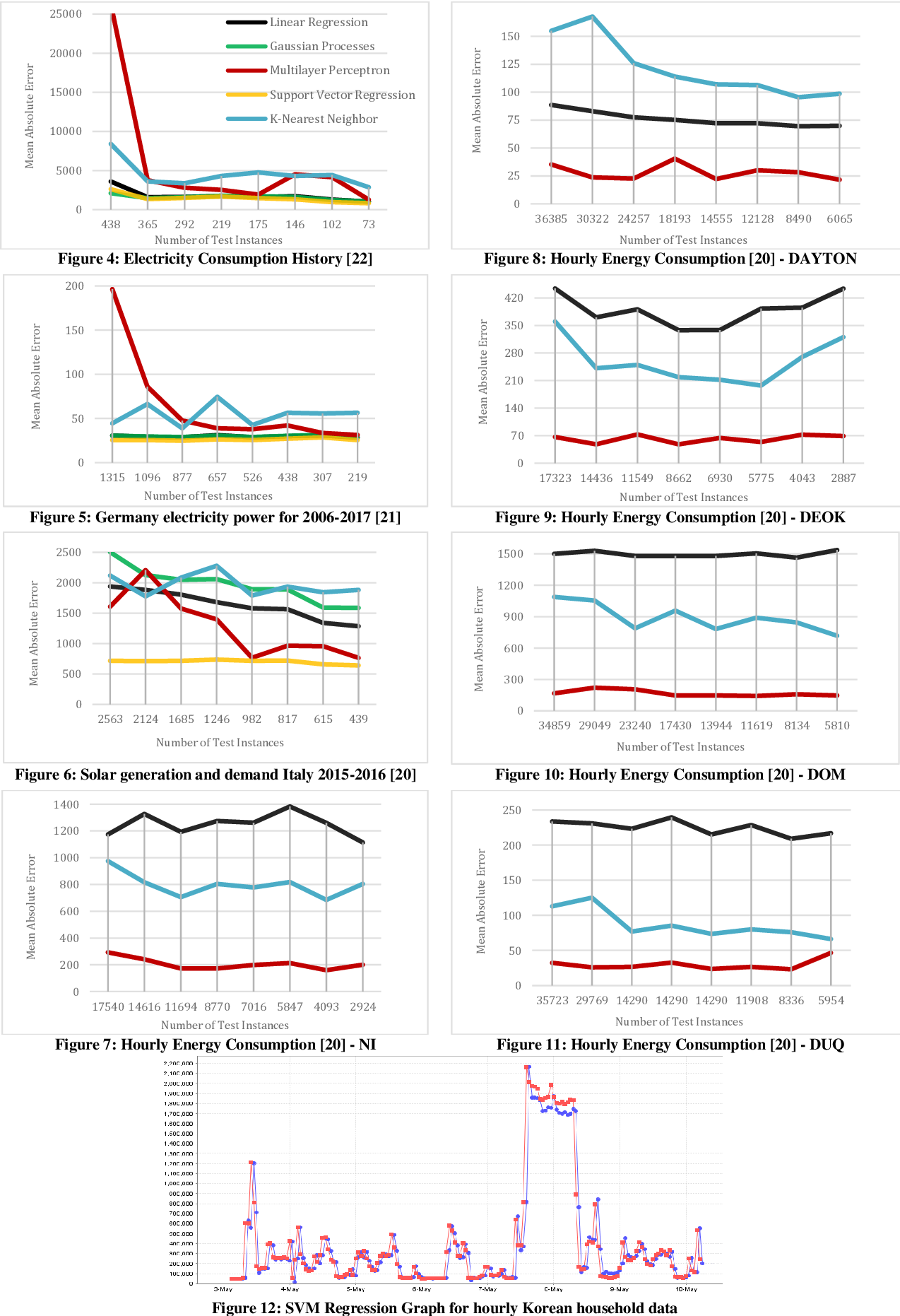 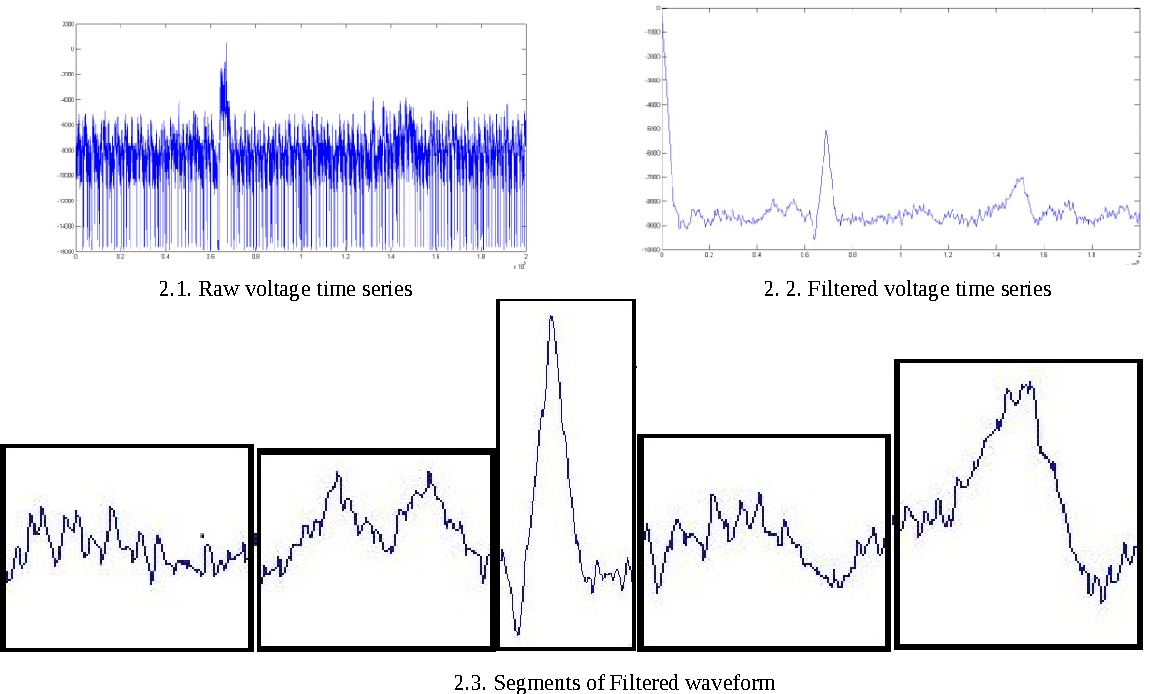 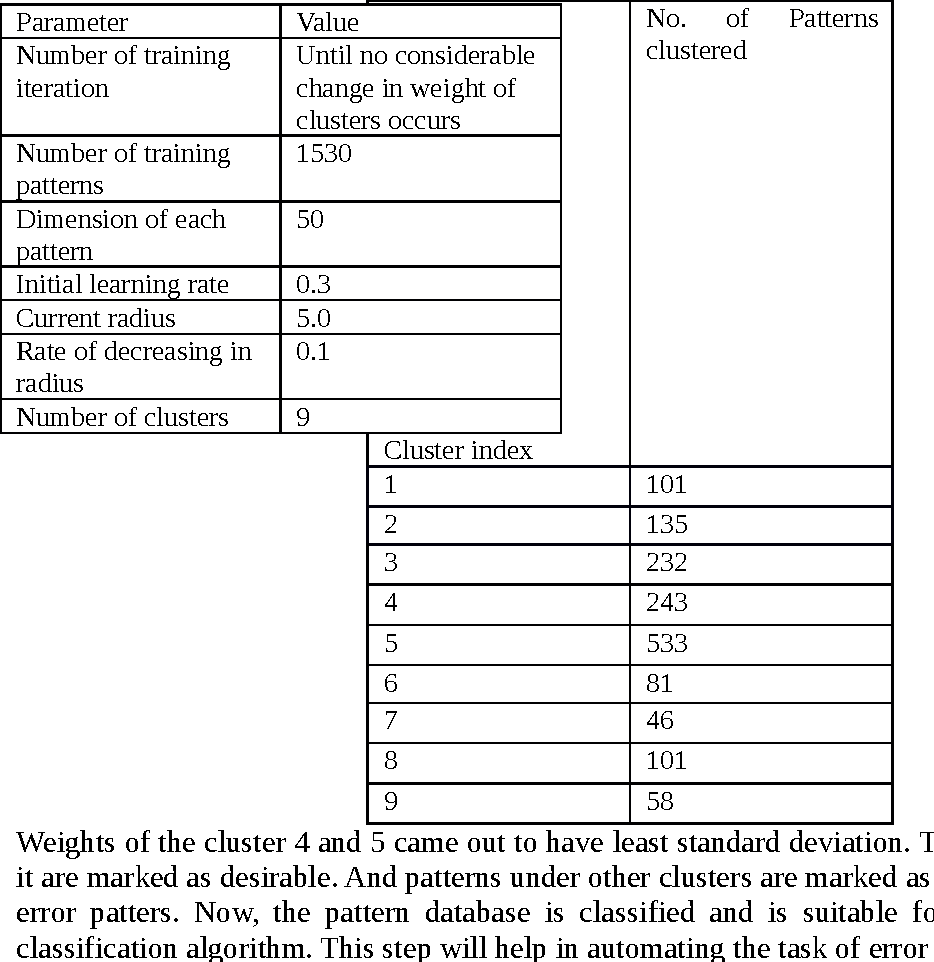 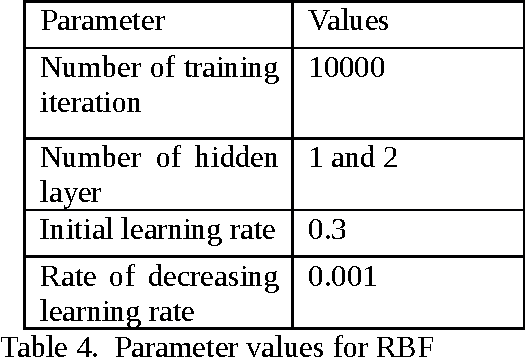 Quality assurance in production line demands reliable weld joints. Human made errors is a major cause of faulty production. Promptly Identifying errors in the weld while welding is in progress will decrease the post inspection cost spent on the welding process. Electrical parameters generated during welding, could able to characterize the process efficiently. Parameter values are collected using high speed data acquisition system. Time series analysis tasks such as filtering, pattern recognition etc. are performed over the collected data. Filtering removes the unwanted noisy signal components and pattern recognition task segregate error patterns in the time series based upon similarity, which is performed by Self Organized mapping clustering algorithm. Welder quality is thus compared by detecting and counting number of error patterns appeared in his parametric time series. Moreover, Self Organized mapping algorithm provides the database in which patterns are segregated into two classes either desirable or undesirable. Database thus generated is used to train the classification algorithms, and thereby automating the real time error detection task. Multi Layer Perceptron and Radial basis function are the two classification algorithms used, and their performance has been compared based on metrics such as specificity, sensitivity, accuracy and time required in training.