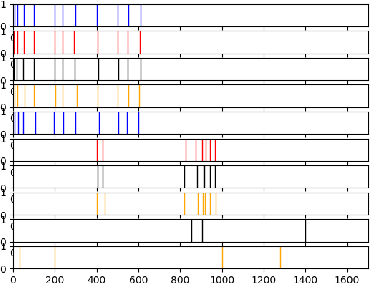 This paper proposes a new method for determining similarity and anomalies between time series, most practically effective in large collections of (likely related) time series, with a particular focus on measuring distances between structural breaks within such a collection. We consolidate and generalise a class of semi-metric distance measures, which we term MJ distances. Experiments on simulated data demonstrate that our proposed family of distances uncover similarity within collections of time series more effectively than measures such as the Hausdorff and Wasserstein metrics. Although our class of distances do not necessarily satisfy the triangle inequality requirement of a metric, we analyse the transitivity properties of respective distance matrices in various contextual scenarios. There, we demonstrate a trade-off between robust performance in the presence of outliers, and the triangle inequality property. We show in experiments using real data that the contrived scenarios that severely violate the transitivity property rarely exhibit themselves in real data; instead, our family of measures satisfies all the properties of a metric most of the time. We illustrate three ways of analysing the distance and similarity matrices, via eigenvalue analysis, hierarchical clustering, and spectral clustering. The results from our hierarchical and spectral clustering experiments on simulated data demonstrate that the Hausdorff and Wasserstein metrics may lead to erroneous inference as to which time series are most similar with respect to their structural breaks, while our semi-metrics provide an improvement. 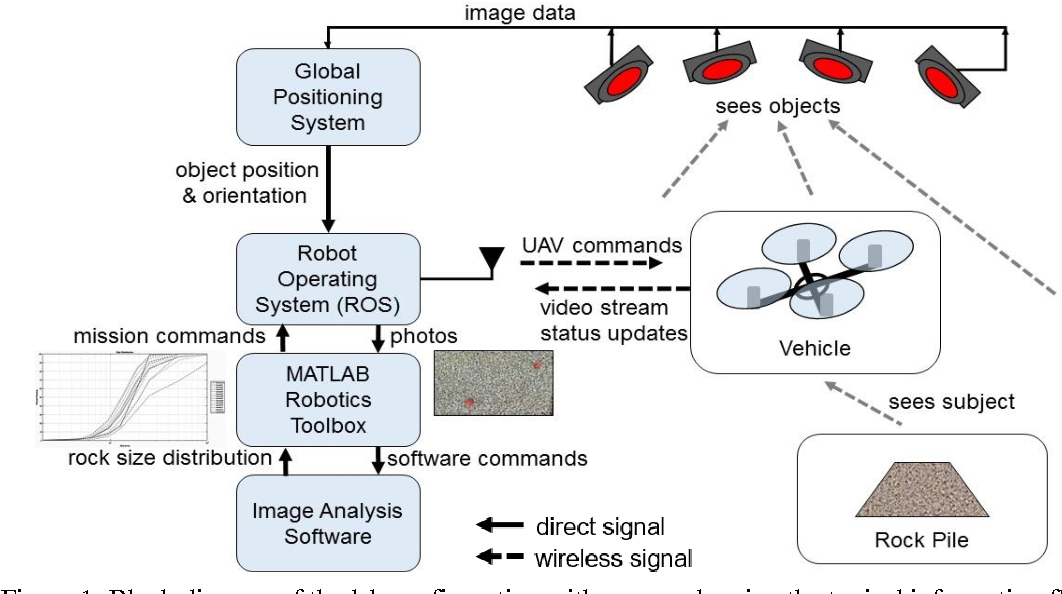 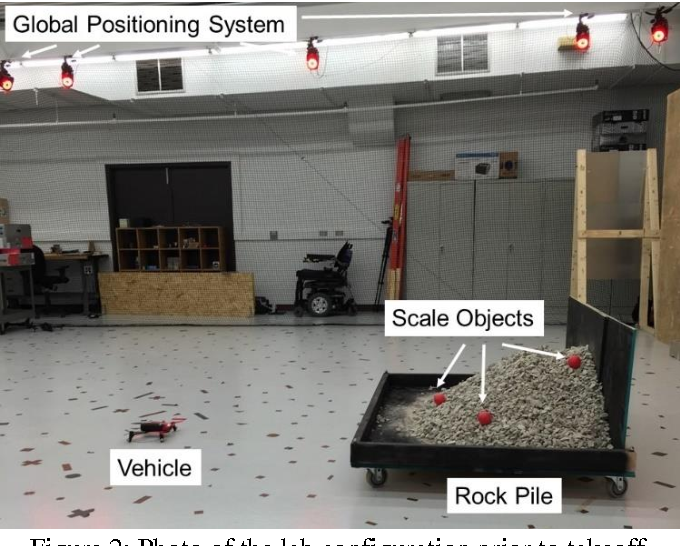 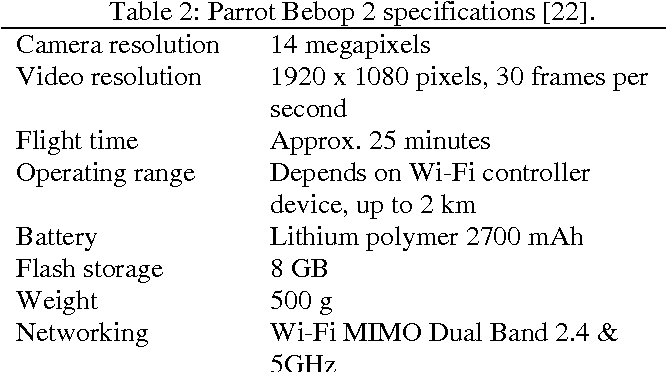 Accurate measurement of blast-induced rock fragmentation is of great importance for many mining operations. The post-blast rock size distribution can significantly influence the efficiency of all the downstream mining and comminution processes. Image analysis methods are one of the most common methods used to measure rock fragment size distribution in mines regardless of criticism for lack of accuracy to measure fine particles and other perceived deficiencies. The current practice of collecting rock fragmentation data for image analysis is highly manual and provides data with low temporal and spatial resolution. Using UAVs for collecting images of rock fragments can not only improve the quality of the image data but also automate the data collection process. Ultimately, real-time acquisition of high temporal- and spatial-resolution data based on UAV technology will provide a broad range of opportunities for both improving blast design without interrupting the production process and reducing the cost of the human operator. This paper presents the results of a series of laboratory-scale rock fragment measurements using a quadrotor UAV equipped with a camera. The goal of this work is to highlight the benefits of aerial fragmentation analysis in terms of both prediction accuracy and time effort. A pile of rock fragments with different fragment sizes was placed in a lab that is equipped with a motion capture camera system for precise UAV localization and control. Such an environment presents optimal conditions for UAV flight and thus, is well-suited for conducting proof-of-concept experiments before testing them in large-scale field experiments. The pile was photographed by a camera attached to the UAV, and the particle size distribution curves were generated in almost real-time. The pile was also manually photographed and the results of the manual method were compared to the UAV method. 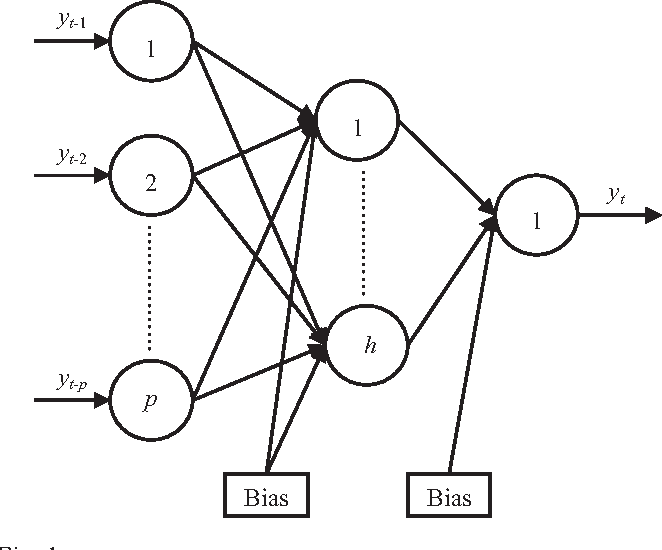 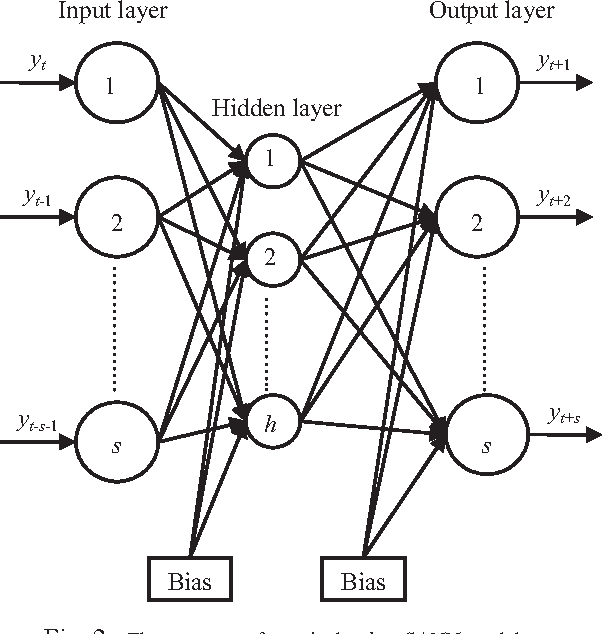 Seasonality is a distinctive characteristic which is often observed in many practical time series. Artificial Neural Networks (ANNs) are a class of promising models for efficiently recognizing and forecasting seasonal patterns. In this paper, the Particle Swarm Optimization (PSO) approach is used to enhance the forecasting strengths of feedforward ANN (FANN) as well as Elman ANN (EANN) models for seasonal data. Three widely popular versions of the basic PSO algorithm, viz. Trelea-I, Trelea-II and Clerc-Type1 are considered here. The empirical analysis is conducted on three real-world seasonal time series. Results clearly show that each version of the PSO algorithm achieves notably better forecasting accuracies than the standard Backpropagation (BP) training method for both FANN and EANN models. The neural network forecasting results are also compared with those from the three traditional statistical models, viz. Seasonal Autoregressive Integrated Moving Average (SARIMA), Holt-Winters (HW) and Support Vector Machine (SVM). The comparison demonstrates that both PSO and BP based neural networks outperform SARIMA, HW and SVM models for all three time series datasets. The forecasting performances of ANNs are further improved through combining the outputs from the three PSO based models. 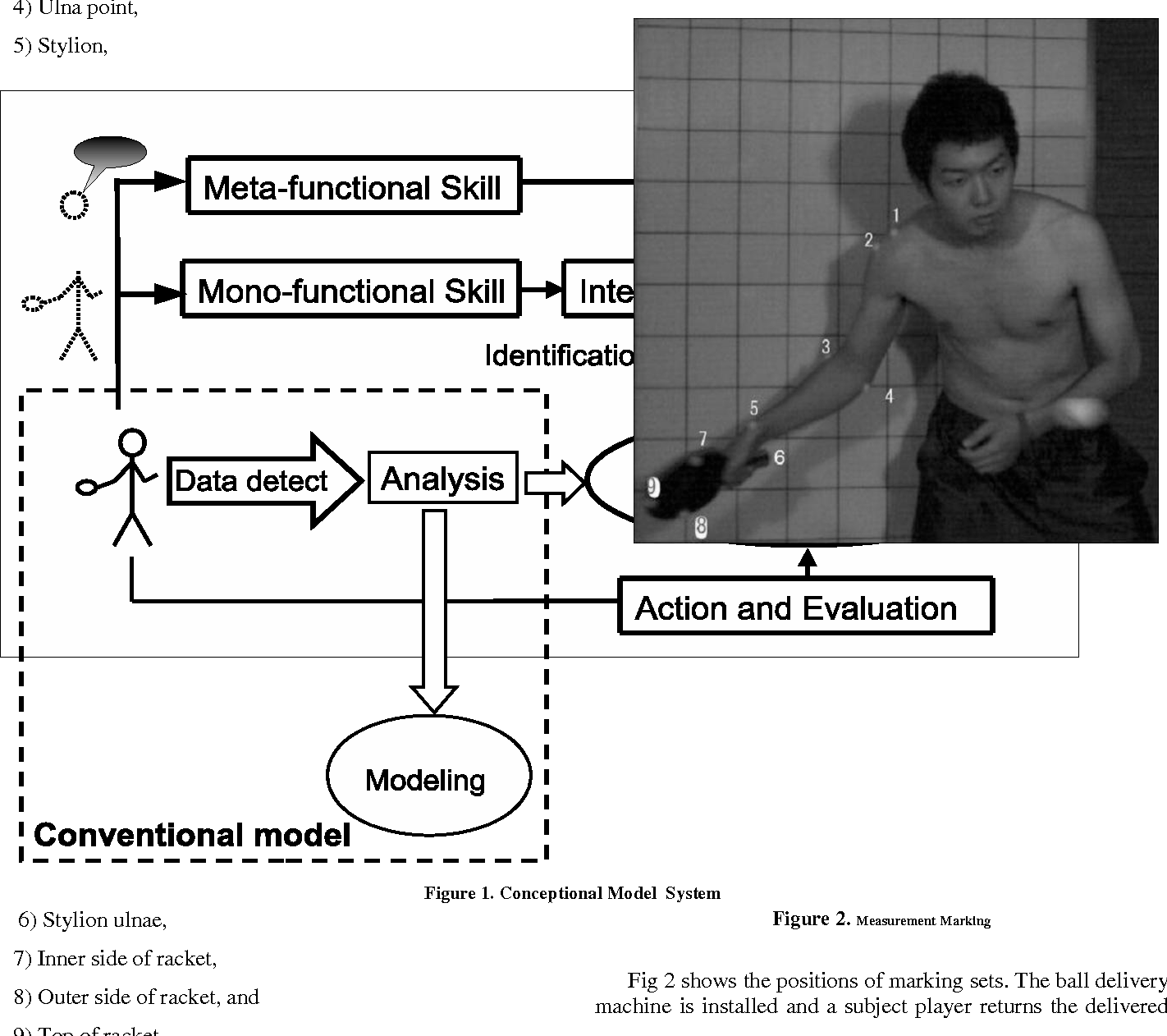 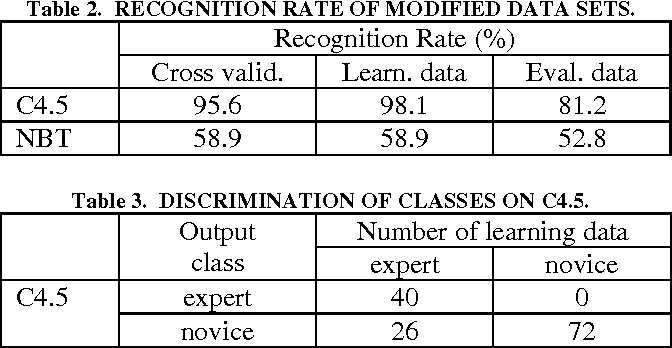 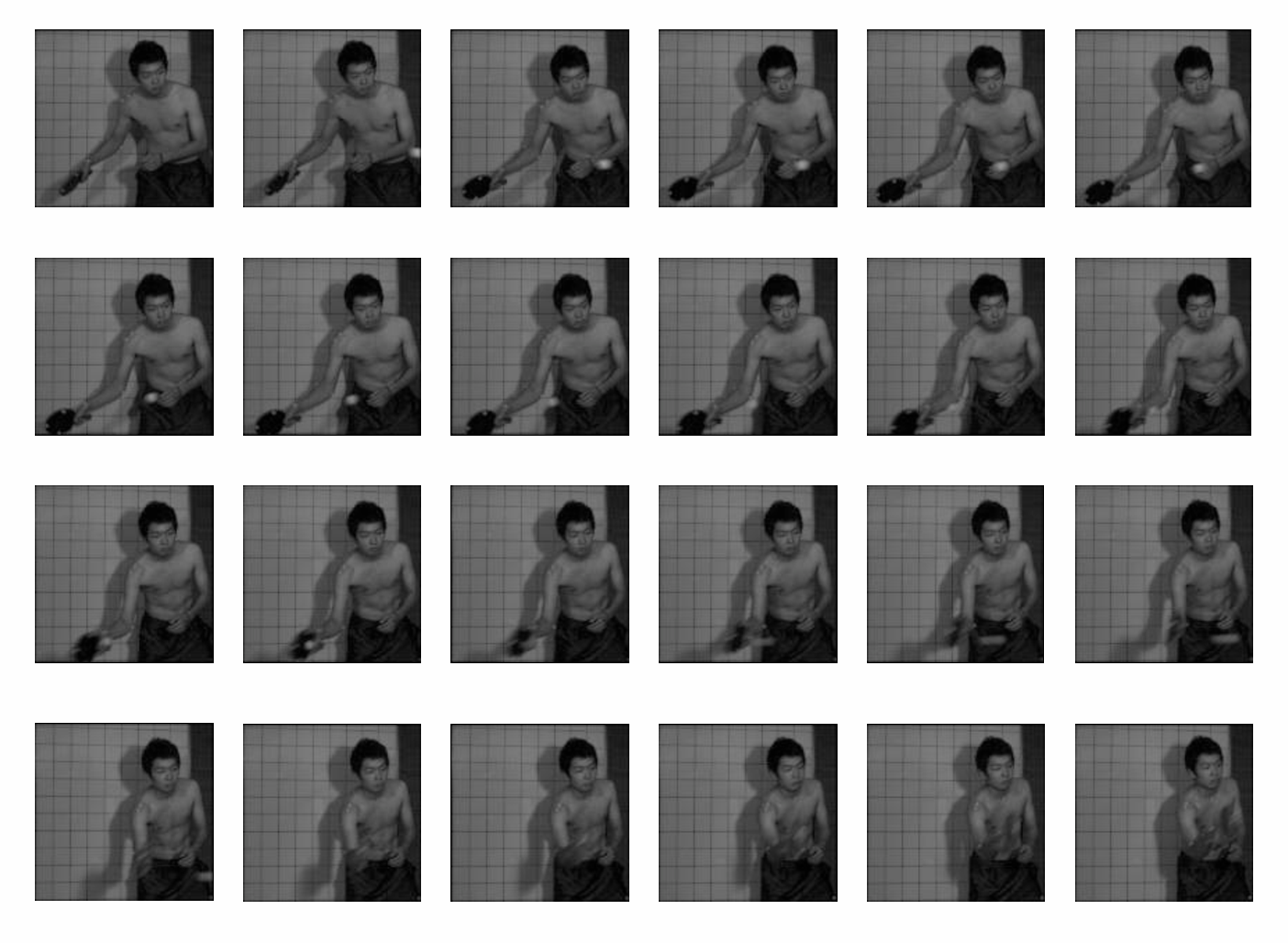 We present a skill analysis with time series image data using data mining methods, focused on table tennis. We do not use body model, but use only hi-speed movies, from which time series data are obtained and analyzed using data mining methods such as C4.5 and so on. We identify internal models for technical skills as evaluation skillfulness for the forehand stroke of table tennis, and discuss mono and meta-functional skills for improving skills. 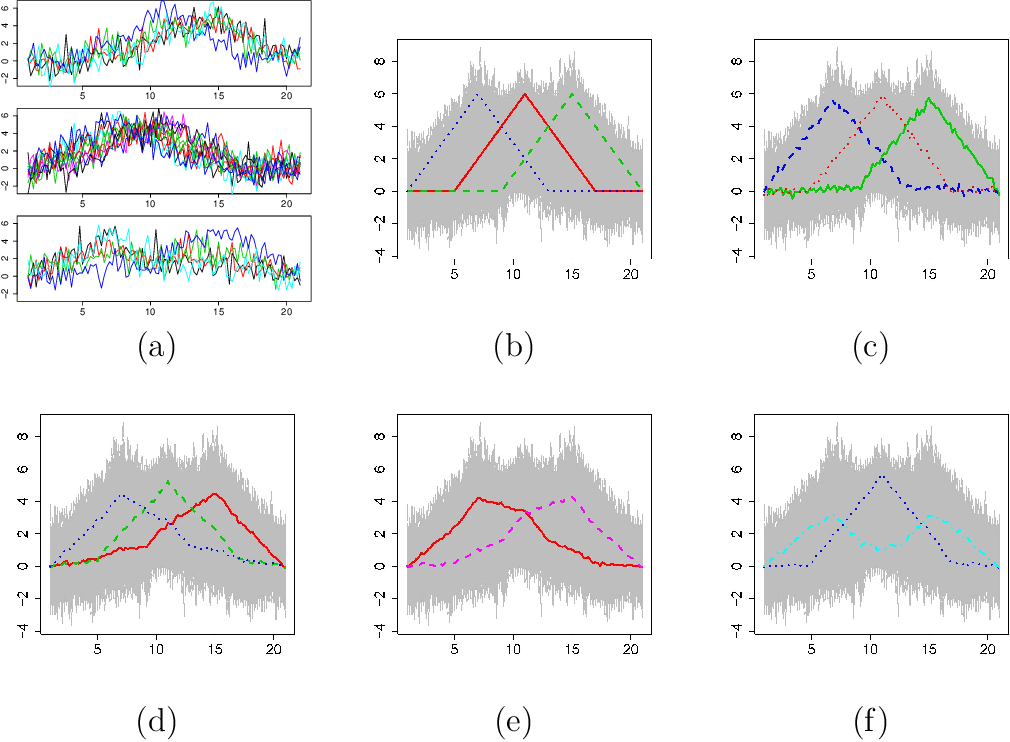 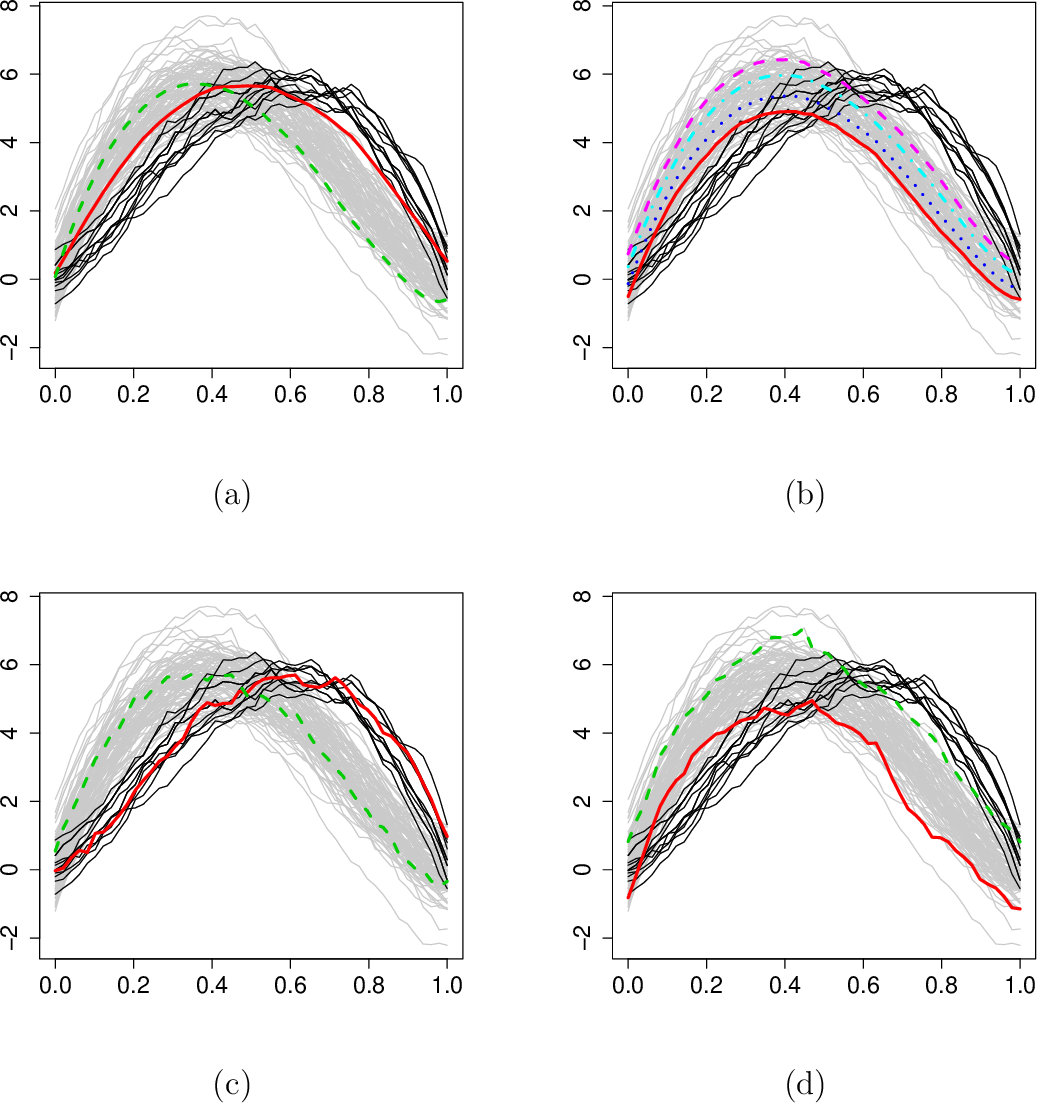 Archetypal analysis approximates data by means of mixtures of actual extreme cases (archetypoids) or archetypes, which are a convex combination of cases in the data set. Archetypes lie on the boundary of the convex hull. This makes the analysis very sensitive to outliers. A robust methodology by means of M-estimators for classical multivariate and functional data is proposed. This unsupervised methodology allows complex data to be understood even by non-experts. The performance of the new procedure is assessed in a simulation study, where a comparison with a previous methodology for the multivariate case is also carried out, and our proposal obtains favorable results. Finally, robust bivariate functional archetypoid analysis is applied to a set of companies in the S\&P 500 described by two time series of stock quotes. A new graphic representation is also proposed to visualize the results. The analysis shows how the information can be easily interpreted and how even non-experts can gain a qualitative understanding of the data.

Time series forecasting is a crucial component of many important applications, ranging from forecasting the stock markets to energy load prediction. The high-dimensionality, velocity and variety of the data collected in these applications pose significant and unique challenges that must be carefully addressed for each of them. In this work, a novel Temporal Logistic Neural Bag-of-Features approach, that can be used to tackle these challenges, is proposed. The proposed method can be effectively combined with deep neural networks, leading to powerful deep learning models for time series analysis. However, combining existing BoF formulations with deep feature extractors pose significant challenges: the distribution of the input features is not stationary, tuning the hyper-parameters of the model can be especially difficult and the normalizations involved in the BoF model can cause significant instabilities during the training process. The proposed method is capable of overcoming these limitations by a employing a novel adaptive scaling mechanism and replacing the classical Gaussian-based density estimation involved in the regular BoF model with a logistic kernel. The effectiveness of the proposed approach is demonstrated using extensive experiments on a large-scale financial time series dataset that consists of more than 4 million limit orders. 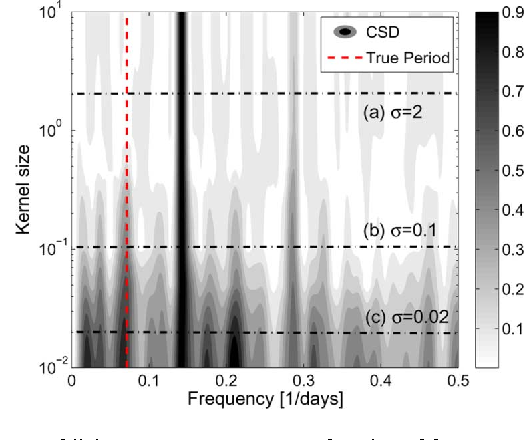 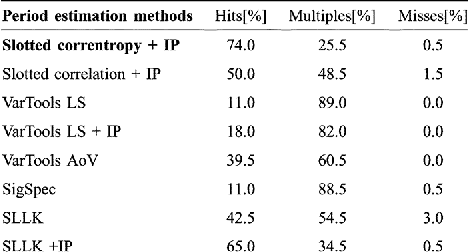 In this letter, we propose a method for period estimation in light curves from periodic variable stars using correntropy. Light curves are astronomical time series of stellar brightness over time, and are characterized as being noisy and unevenly sampled. We propose to use slotted time lags in order to estimate correntropy directly from irregularly sampled time series. A new information theoretic metric is proposed for discriminating among the peaks of the correntropy spectral density. The slotted correntropy method outperformed slotted correlation, string length, VarTools (Lomb-Scargle periodogram and Analysis of Variance), and SigSpec applications on a set of light curves drawn from the MACHO survey.

Power Data Classification: A Hybrid of a Novel Local Time Warping and LSTM 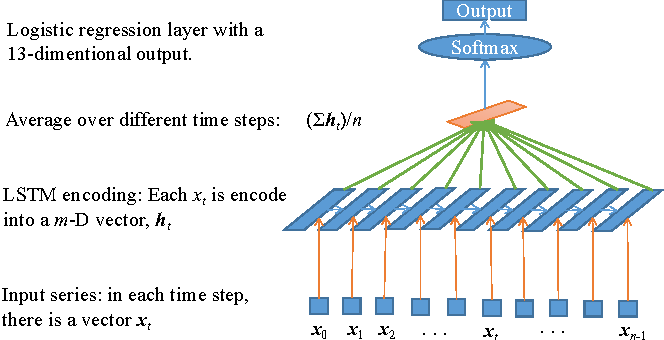 In this paper, for the purpose of data centre energy consumption monitoring and analysis, we propose to detect the running programs in a server by classifying the observed power consumption series. Time series classification problem has been extensively studied with various distance measurements developed; also recently the deep learning based sequence models have been proved to be promising. In this paper, we propose a novel distance measurement and build a time series classification algorithm hybridizing nearest neighbour and long short term memory (LSTM) neural network. More specifically, first we propose a new distance measurement termed as Local Time Warping (LTW), which utilizes a user-specified set for local warping, and is designed to be non-commutative and non-dynamic programming. Second we hybridize the 1NN-LTW and LSTM together. In particular, we combine the prediction probability vector of 1NN-LTW and LSTM to determine the label of the test cases. Finally, using the power consumption data from a real data center, we show that the proposed LTW can improve the classification accuracy of DTW from about 84% to 90%. Our experimental results prove that the proposed LTW is competitive on our data set compared with existed DTW variants and its non-commutative feature is indeed beneficial. We also test a linear version of LTW and it can significantly outperform existed linear runtime lower bound methods like LB_Keogh. Furthermore, with the hybrid algorithm, for the power series classification task we achieve an accuracy up to about 93%. Our research can inspire more studies on time series distance measurement and the hybrid of the deep learning models with other traditional models. 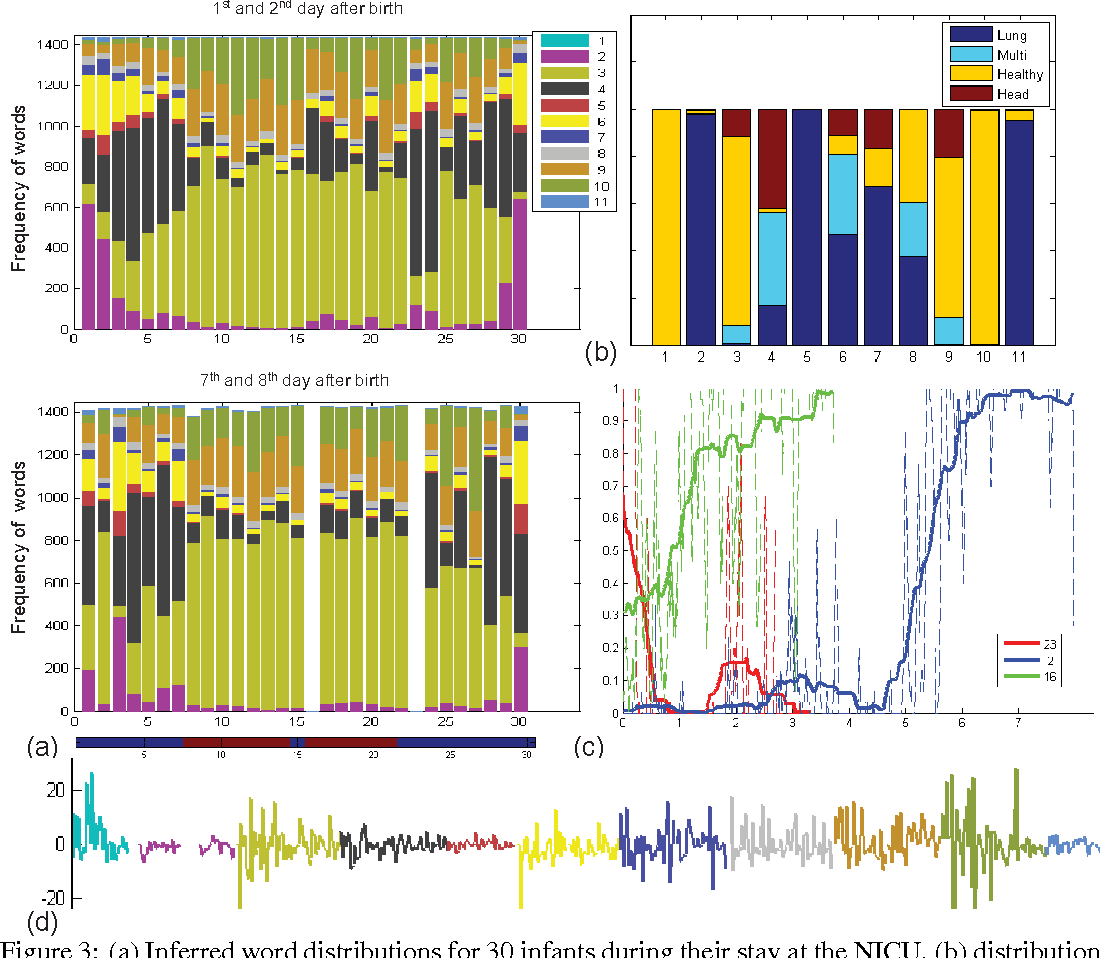 This paper proposes a nonparametric Bayesian method for exploratory data analysis and feature construction in continuous time series. Our method focuses on understanding shared features in a set of time series that exhibit significant individual variability. Our method builds on the framework of latent Diricihlet allocation (LDA) and its extension to hierarchical Dirichlet processes, which allows us to characterize each series as switching between latent ``topics'', where each topic is characterized as a distribution over ``words'' that specify the series dynamics. However, unlike standard applications of LDA, we discover the words as we learn the model. We apply this model to the task of tracking the physiological signals of premature infants; our model obtains clinically significant insights as well as useful features for supervised learning tasks.