Lost in Translation: Loss and Decay of Linguistic Richness in Machine Translation

This work presents an empirical approach to quantifying the loss of lexical richness in Machine Translation (MT) systems compared to Human Translation (HT). Our experiments show how current MT systems indeed fail to render the lexical diversity of human generated or translated text. The inability of MT systems to generate diverse outputs and its tendency to exacerbate already frequent patterns while ignoring less frequent ones, might be the underlying cause for, among others, the currently heavily debated issues related to gender biased output. Can we indeed, aside from biased data, talk about an algorithm that exacerbates seen biases? 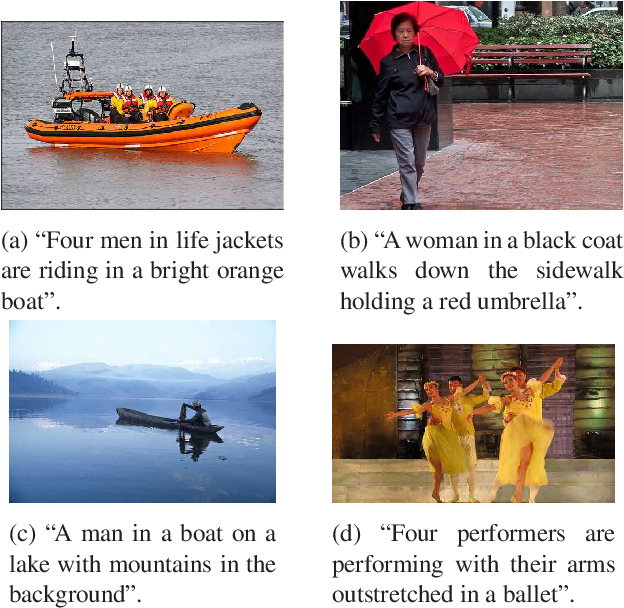 Language and vision are processed as two different modal in current work for image captioning. However, recent work on Super Characters method shows the effectiveness of two-dimensional word embedding, which converts text classification problem into image classification problem. In this paper, we propose the SuperCaptioning method, which borrows the idea of two-dimensional word embedding from Super Characters method, and processes the information of language and vision together in one single CNN model. The experimental results on Flickr30k data shows the proposed method gives high quality image captions. An interactive demo is ready to show at the workshop. 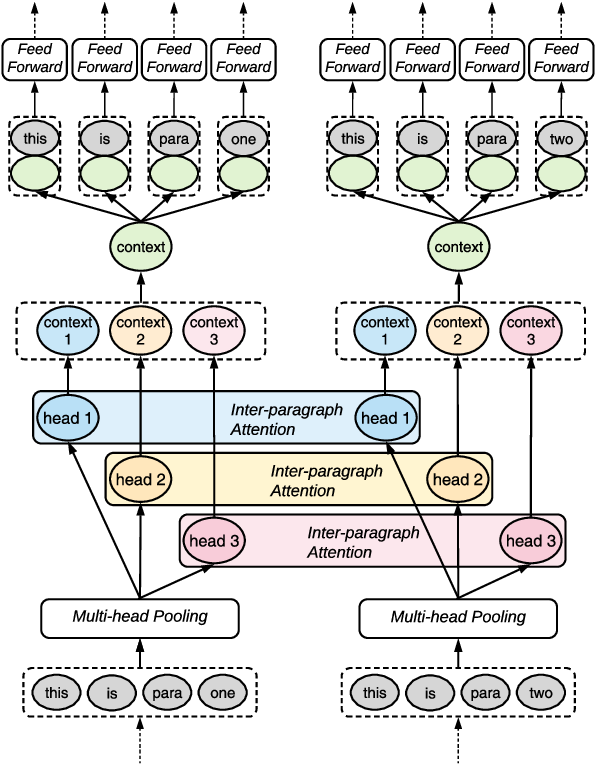 In this paper, we develop a neural summarization model which can effectively process multiple input documents and distill Transformer architecture with the ability to encode documents in a hierarchical manner. We represent cross-document relationships via an attention mechanism which allows to share information as opposed to simply concatenating text spans and processing them as a flat sequence. Our model learns latent dependencies among textual units, but can also take advantage of explicit graph representations focusing on similarity or discourse relations. Empirical results on the WikiSum dataset demonstrate that the proposed architecture brings substantial improvements over several strong baselines. 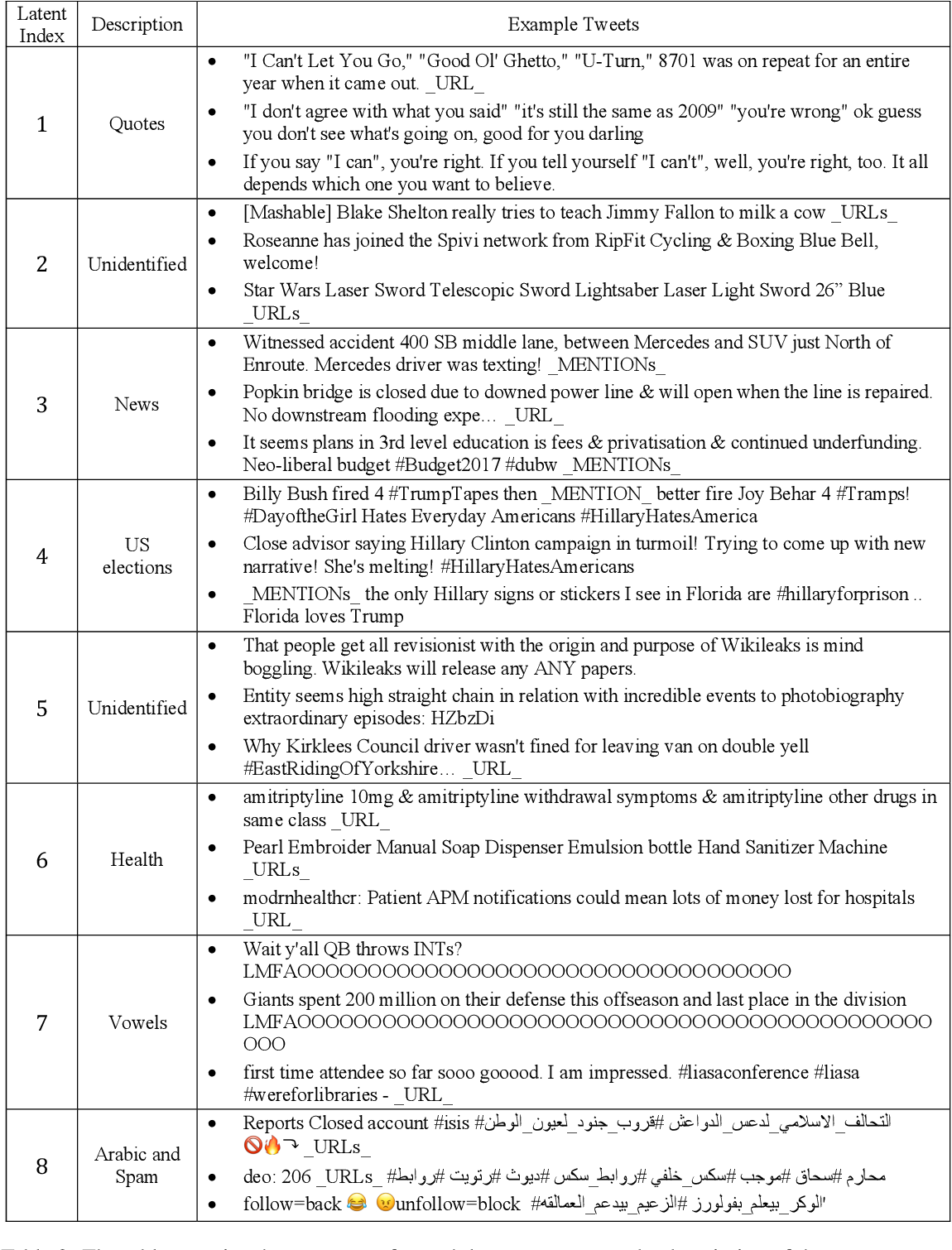 This paper describes a language representation model which combines the Bidirectional Encoder Representations from Transformers (BERT) learning mechanism described in Devlin et al. (2018) with a generalization of the Universal Transformer model described in Dehghani et al. (2018). We further improve this model by adding a latent variable that represents the persona and topics of interests of the writer for each training example. We also describe a simple method to improve the usefulness of our language representation for solving problems in a specific domain at the expense of its ability to generalize to other fields. Finally, we release a pre-trained language representation model for social texts that was trained on 100 million tweets. 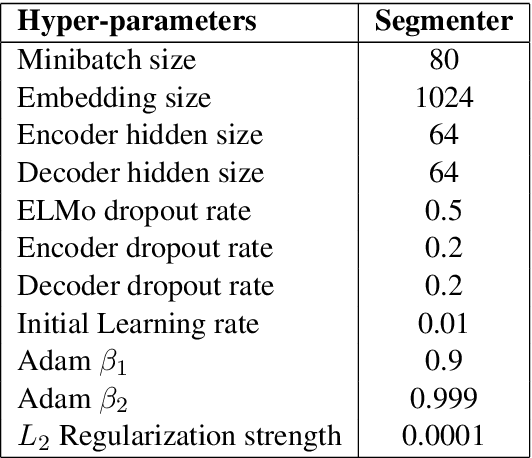 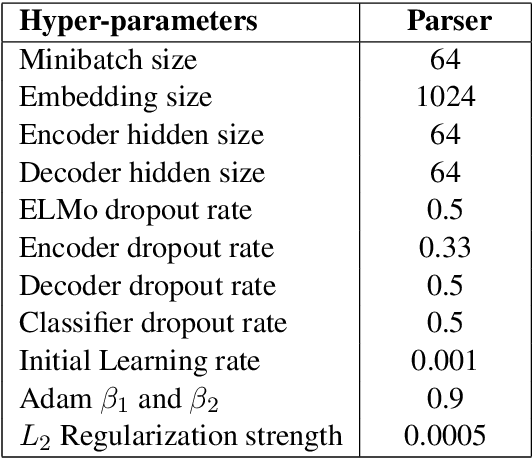 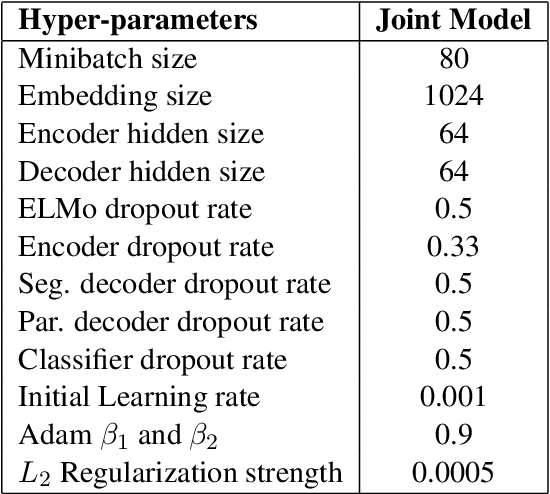 We propose an efficient neural framework for sentence-level discourse analysis in accordance with Rhetorical Structure Theory (RST). Our framework comprises a discourse segmenter to identify the elementary discourse units (EDU) in a text, and a discourse parser that constructs a discourse tree in a top-down fashion. Both the segmenter and the parser are based on Pointer Networks and operate in linear time. Our segmenter yields an $F_1$ score of 95.4, and our parser achieves an $F_1$ score of 81.7 on the aggregated labeled (relation) metric, surpassing previous approaches by a good margin and approaching human agreement on both tasks (98.3 and 83.0 $F_1$). 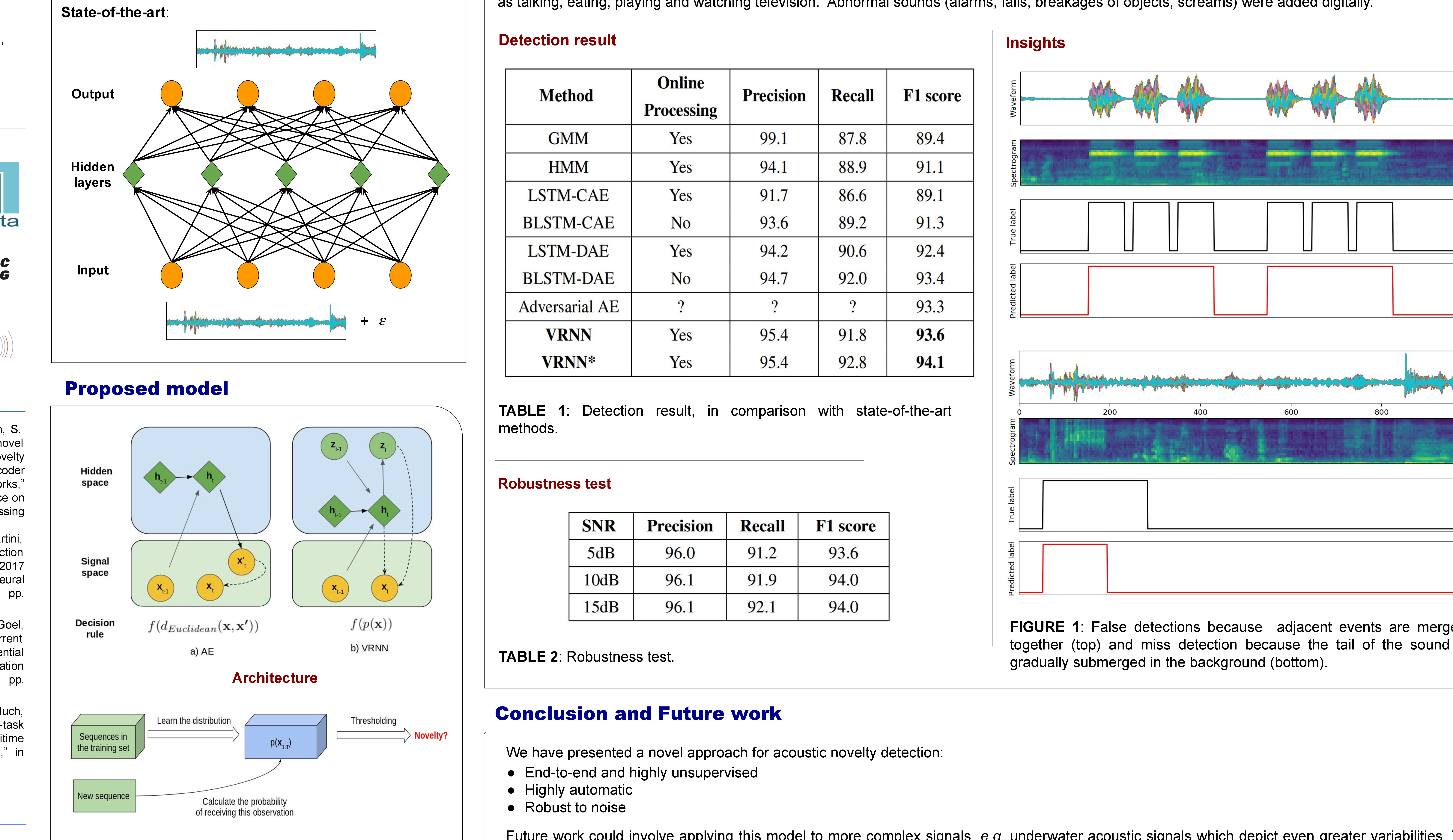 In this paper, we adapt Recurrent Neural Networks with Stochastic Layers, which are the state-of-the-art for generating text, music and speech, to the problem of acoustic novelty detection. By integrating uncertainty into the hidden states, this type of network is able to learn the distribution of complex sequences. Because the learned distribution can be calculated explicitly in terms of probability, we can evaluate how likely an observation is then detect low-probability events as novel. The model is robust, highly unsupervised, end-to-end and requires minimum preprocessing, feature engineering or hyperparameter tuning. An experiment on a benchmark dataset shows that our model outperforms the state-of-the-art acoustic novelty detectors. 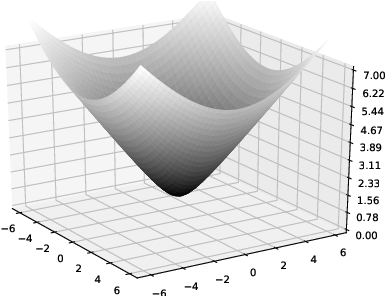 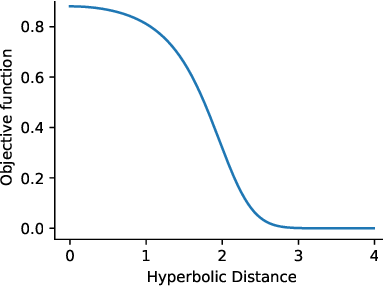 Embeddings of tree-like graphs in hyperbolic space were recently shown to surpass their Euclidean counterparts in performance by a large margin. Inspired by these results, we present an algorithm for learning word embeddings in hyperbolic space from free text. An objective function based on the hyperbolic distance is derived and included in the skip-gram architecture from word2vec. The hyperbolic word embeddings are then evaluated on word similarity and analogy benchmarks. The results demonstrate the potential of hyperbolic word embeddings, particularly in low dimensions, though without clear superiority over their Euclidean counterparts. We further discuss problems in the formulation of the analogy task resulting from the curvature of hyperbolic space.

In this paper, we present Par4Sem, a semantic writing aid tool based on adaptive paraphrasing. Unlike many annotation tools that are primarily used to collect training examples, Par4Sem is integrated into a real word application, in this case a writing aid tool, in order to collect training examples from usage data. Par4Sem is a tool, which supports an adaptive, iterative, and interactive process where the underlying machine learning models are updated for each iteration using new training examples from usage data. After motivating the use of ever-learning tools in NLP applications, we evaluate Par4Sem by adopting it to a text simplification task through mere usage. 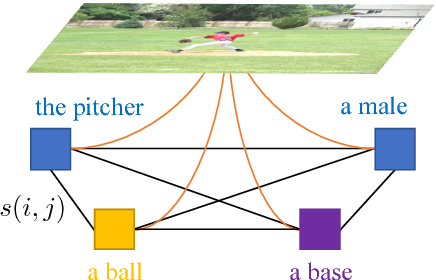 A paraphrase is a restatement of the meaning of a text in other words. Paraphrases have been studied to enhance the performance of many natural language processing tasks. In this paper, we propose a novel task iParaphrasing to extract visually grounded paraphrases (VGPs), which are different phrasal expressions describing the same visual concept in an image. These extracted VGPs have the potential to improve language and image multimodal tasks such as visual question answering and image captioning. How to model the similarity between VGPs is the key of iParaphrasing. We apply various existing methods as well as propose a novel neural network-based method with image attention, and report the results of the first attempt toward iParaphrasing.