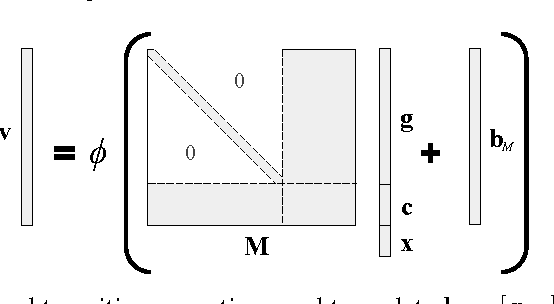 In this work, we present the Grounded Recurrent Neural Network (GRNN), a recurrent neural network architecture for multi-label prediction which explicitly ties labels to specific dimensions of the recurrent hidden state (we call this process "grounding"). The approach is particularly well-suited for extracting large numbers of concepts from text. We apply the new model to address an important problem in healthcare of understanding what medical concepts are discussed in clinical text. Using a publicly available dataset derived from Intensive Care Units, we learn to label a patient's diagnoses and procedures from their discharge summary. Our evaluation shows a clear advantage to using our proposed architecture over a variety of strong baselines. 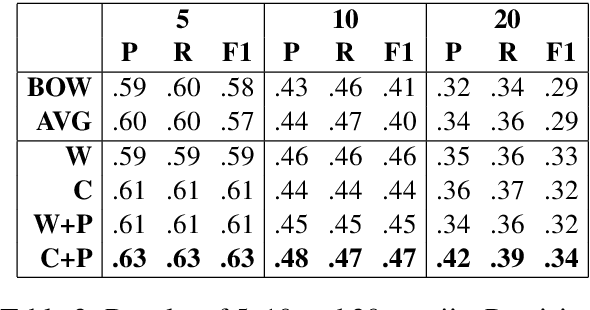 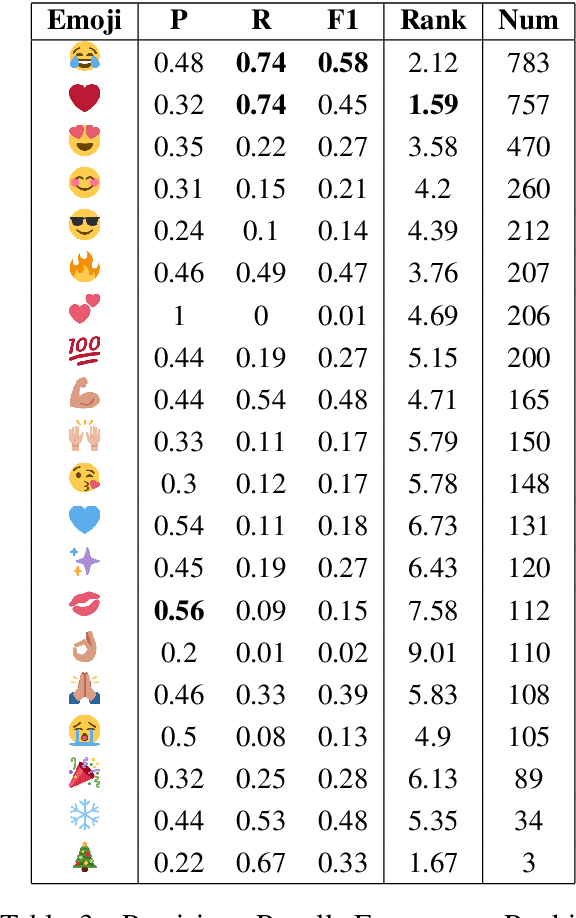 Emojis are ideograms which are naturally combined with plain text to visually complement or condense the meaning of a message. Despite being widely used in social media, their underlying semantics have received little attention from a Natural Language Processing standpoint. In this paper, we investigate the relation between words and emojis, studying the novel task of predicting which emojis are evoked by text-based tweet messages. We train several models based on Long Short-Term Memory networks (LSTMs) in this task. Our experimental results show that our neural model outperforms two baselines as well as humans solving the same task, suggesting that computational models are able to better capture the underlying semantics of emojis. 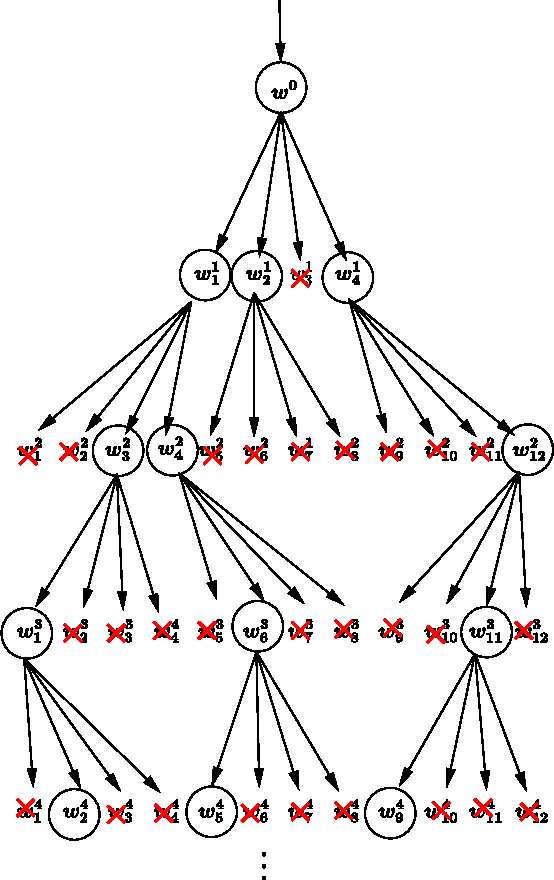 We describe a method for proactive information retrieval targeted at retrieving relevant information during a writing task. In our method, the current task and the needs of the user are estimated, and the potential next steps are unobtrusively predicted based on the user's past actions. We focus on the task of writing, in which the user is coalescing previously collected information into a text. Our proactive system automatically recommends the user relevant background information. The proposed system incorporates text input prediction using a long short-term memory (LSTM) network. We present simulations, which show that the system is able to reach higher precision values in an exploratory search setting compared to both a baseline and a comparison system. 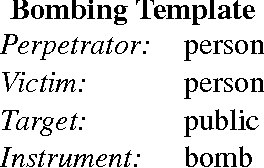 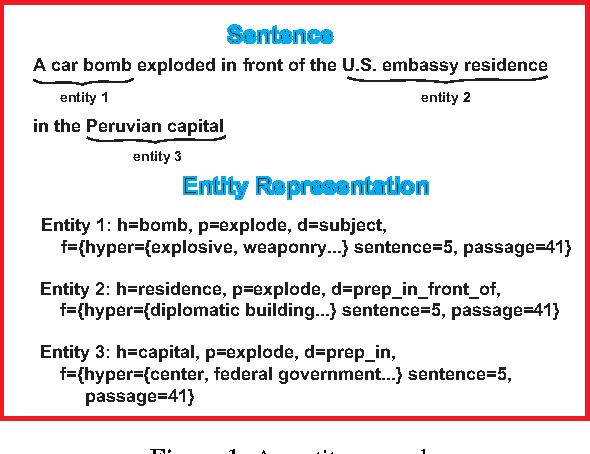 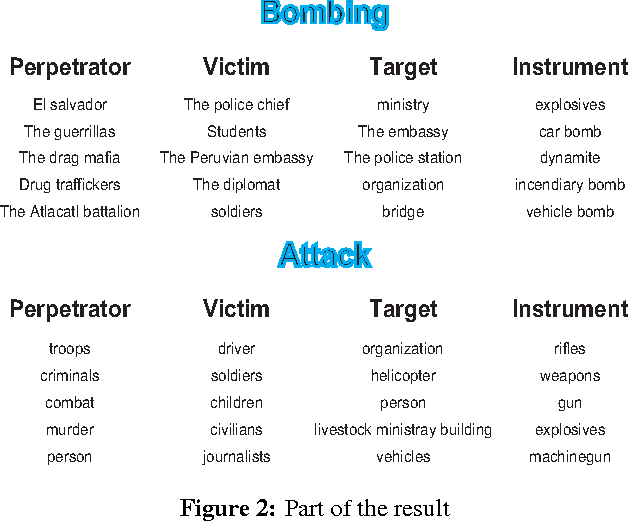 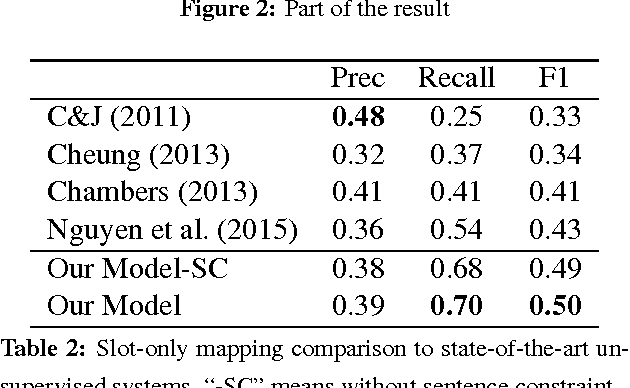 Automatic event schema induction (AESI) means to extract meta-event from raw text, in other words, to find out what types (templates) of event may exist in the raw text and what roles (slots) may exist in each event type. In this paper, we propose a joint entity-driven model to learn templates and slots simultaneously based on the constraints of templates and slots in the same sentence. In addition, the entities' semantic information is also considered for the inner connectivity of the entities. We borrow the normalized cut criteria in image segmentation to divide the entities into more accurate template clusters and slot clusters. The experiment shows that our model gains a relatively higher result than previous work.

Towards a relation extraction framework for cyber-security concepts 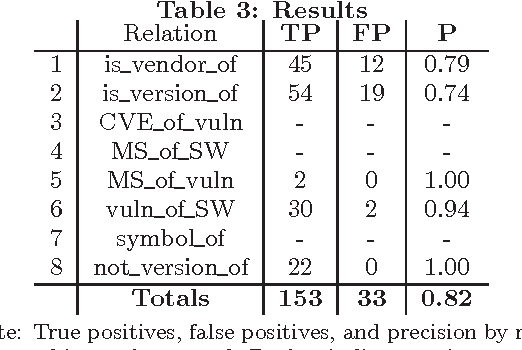 In order to assist security analysts in obtaining information pertaining to their network, such as novel vulnerabilities, exploits, or patches, information retrieval methods tailored to the security domain are needed. As labeled text data is scarce and expensive, we follow developments in semi-supervised Natural Language Processing and implement a bootstrapping algorithm for extracting security entities and their relationships from text. The algorithm requires little input data, specifically, a few relations or patterns (heuristics for identifying relations), and incorporates an active learning component which queries the user on the most important decisions to prevent drifting from the desired relations. Preliminary testing on a small corpus shows promising results, obtaining precision of .82. 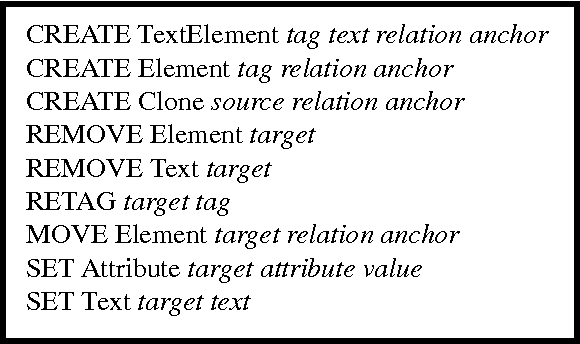 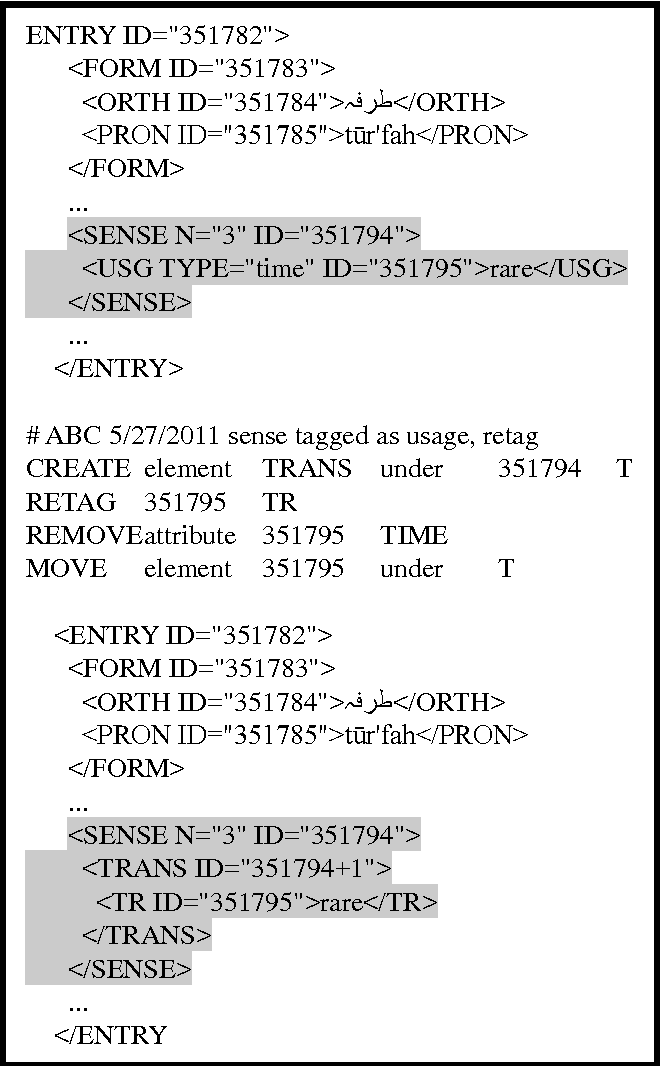 We describe a paradigm for combining manual and automatic error correction of noisy structured lexicographic data. Modifications to the structure and underlying text of the lexicographic data are expressed in a simple, interpreted programming language. Dictionary Manipulation Language (DML) commands identify nodes by unique identifiers, and manipulations are performed using simple commands such as create, move, set text, etc. Corrected lexicons are produced by applying sequences of DML commands to the source version of the lexicon. DML commands can be written manually to repair one-off errors or generated automatically to correct recurring problems. We discuss advantages of the paradigm for the task of editing digital bilingual dictionaries.

Comparison of the language networks from literature and blogs 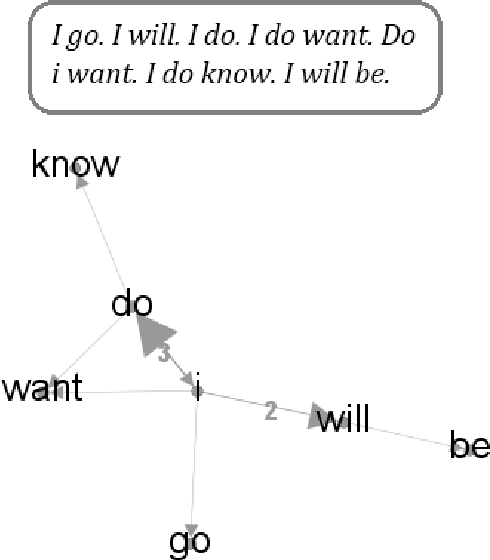 In this paper we present the comparison of the linguistic networks from literature and blog texts. The linguistic networks are constructed from texts as directed and weighted co-occurrence networks of words. Words are nodes and links are established between two nodes if they are directly co-occurring within the sentence. The comparison of the networks structure is performed at global level (network) in terms of: average node degree, average shortest path length, diameter, clustering coefficient, density and number of components. Furthermore, we perform analysis on the local level (node) by comparing the rank plots of in and out degree, strength and selectivity. The selectivity-based results point out that there are differences between the structure of the networks constructed from literature and blogs.

In This paper we presented new approach for cursive Arabic text recognition system. The objective is to propose methodology analytical offline recognition of handwritten Arabic for rapid implementation. The first part in the writing recognition system is the preprocessing phase is the preprocessing phase to prepare the data was introduces and extracts a set of simple statistical features by two methods : from a window which is sliding long that text line the right to left and the approach VH2D (consists in projecting every character on the abscissa, on the ordinate and the diagonals 45{\deg} and 135{\deg}) . It then injects the resulting feature vectors to Hidden Markov Model (HMM) and combined the two HMM by multi-stream approach. 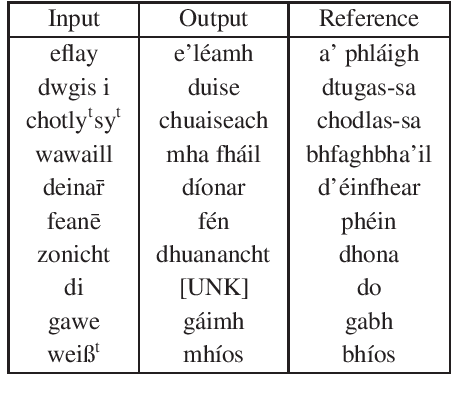 The Book of the Dean of Lismore (BDL) is a 16th-century Scottish Gaelic manuscript written in a non-standard orthography. In this work, we outline the problem of transliterating the text of the BDL into a standardised orthography, and perform exploratory experiments using Transformer-based models for this task. In particular, we focus on the task of word-level transliteration, and achieve a character-level BLEU score of 54.15 with our best model, a BART architecture pre-trained on the text of Scottish Gaelic Wikipedia and then fine-tuned on around 2,000 word-level parallel examples. Our initial experiments give promising results, but we highlight the shortcomings of our model, and discuss directions for future work. 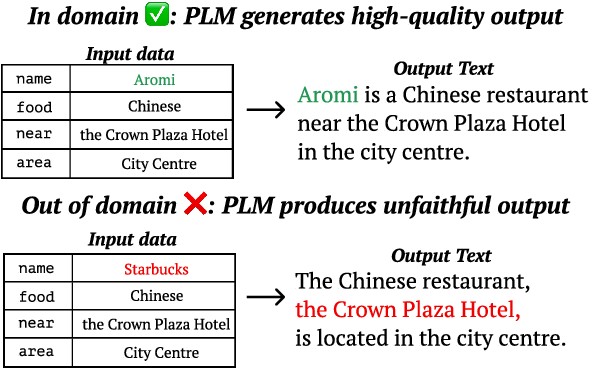 While pretrained language models (PLMs) have greatly improved text generation, they have also been known to produce unfaithful or inappropriate content. In contrast, classic template-based systems provide strong guarantees of faithfulness at the cost of fluency. We propose TempLM, which achieves the best of both worlds by distilling a PLM into a template-based generator. On the E2E and SynthBio data-to-text datasets, we show that TempLM is more faithful than the original PLM and is more fluent than prior template systems. Notably, on an out-of-domain evaluation, TempLM reduces a finetuned BART model's unfaithfulness rate from 83% to 0%. In a human study, we find that TempLM's templates substantially improve upon human-written ones in BERTScore.