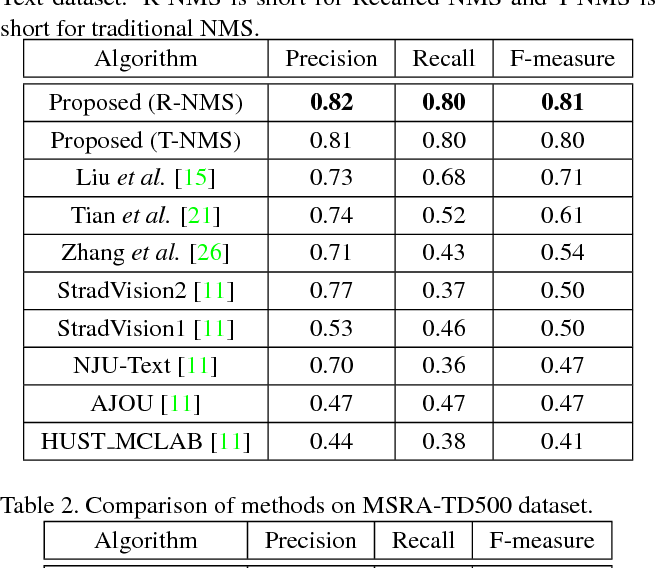 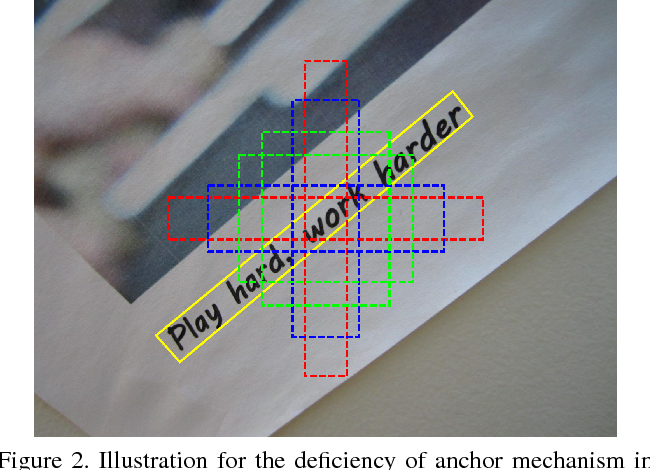 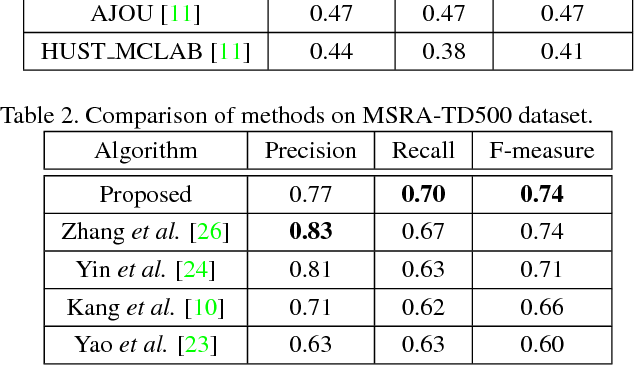 In this paper, we first provide a new perspective to divide existing high performance object detection methods into direct and indirect regressions. Direct regression performs boundary regression by predicting the offsets from a given point, while indirect regression predicts the offsets from some bounding box proposals. Then we analyze the drawbacks of the indirect regression, which the recent state-of-the-art detection structures like Faster-RCNN and SSD follows, for multi-oriented scene text detection, and point out the potential superiority of direct regression. To verify this point of view, we propose a deep direct regression based method for multi-oriented scene text detection. Our detection framework is simple and effective with a fully convolutional network and one-step post processing. The fully convolutional network is optimized in an end-to-end way and has bi-task outputs where one is pixel-wise classification between text and non-text, and the other is direct regression to determine the vertex coordinates of quadrilateral text boundaries. The proposed method is particularly beneficial for localizing incidental scene texts. On the ICDAR2015 Incidental Scene Text benchmark, our method achieves the F1-measure of 81%, which is a new state-of-the-art and significantly outperforms previous approaches. On other standard datasets with focused scene texts, our method also reaches the state-of-the-art performance.

Recent work shows that sensitive user data can be reconstructed from gradient updates, breaking the key privacy promise of federated learning. While success was demonstrated primarily on image data, these methods do not directly transfer to other domains such as text. In this work, we propose LAMP, a novel attack tailored to textual data, that successfully reconstructs original text from gradients. Our key insight is to model the prior probability of the text with an auxiliary language model, utilizing it to guide the search towards more natural text. Concretely, LAMP introduces a discrete text transformation procedure that minimizes both the reconstruction loss and the prior text probability, as provided by the auxiliary language model. The procedure is alternated with a continuous optimization of the reconstruction loss, which also regularizes the length of the reconstructed embeddings. Our experiments demonstrate that LAMP reconstructs the original text significantly more precisely than prior work: we recover 5x more bigrams and $23\%$ longer subsequences on average. Moreover, we are first to recover inputs from batch sizes larger than 1 for textual models. These findings indicate that gradient updates of models operating on textual data leak more information than previously thought. 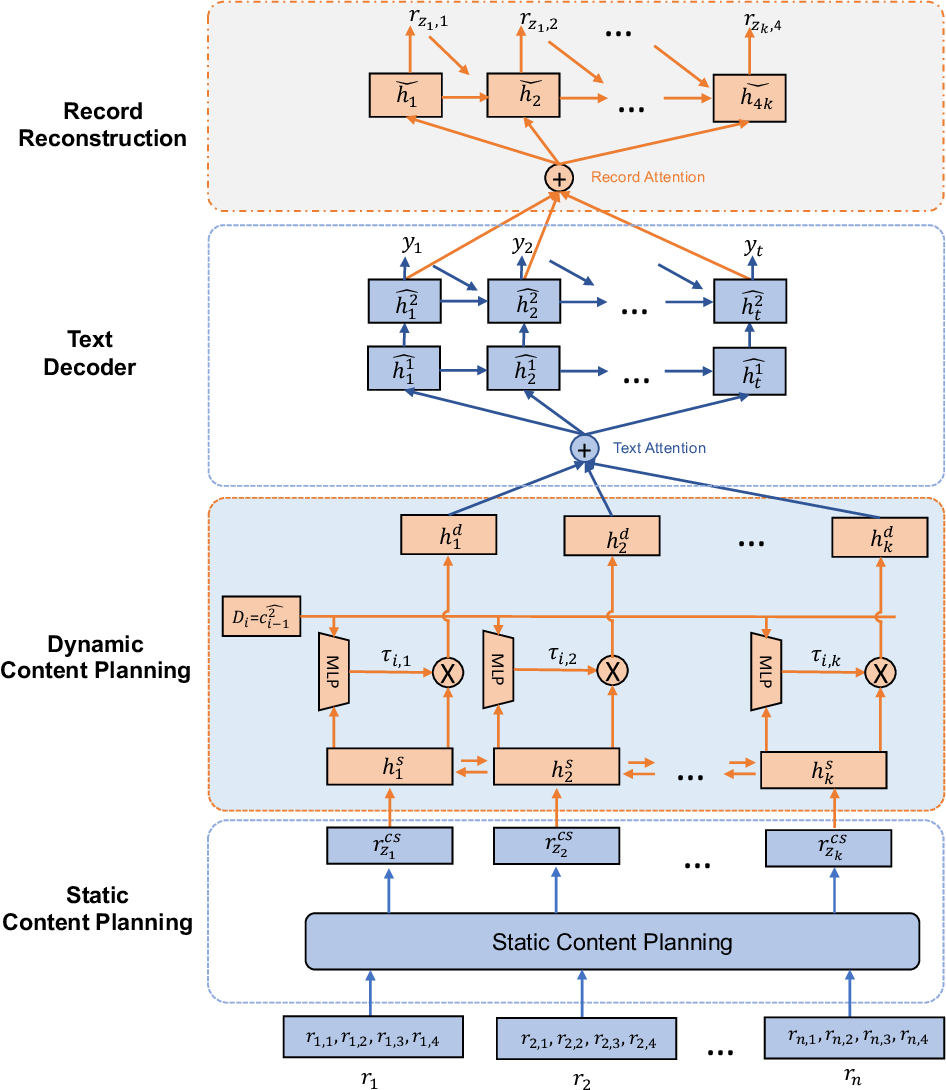 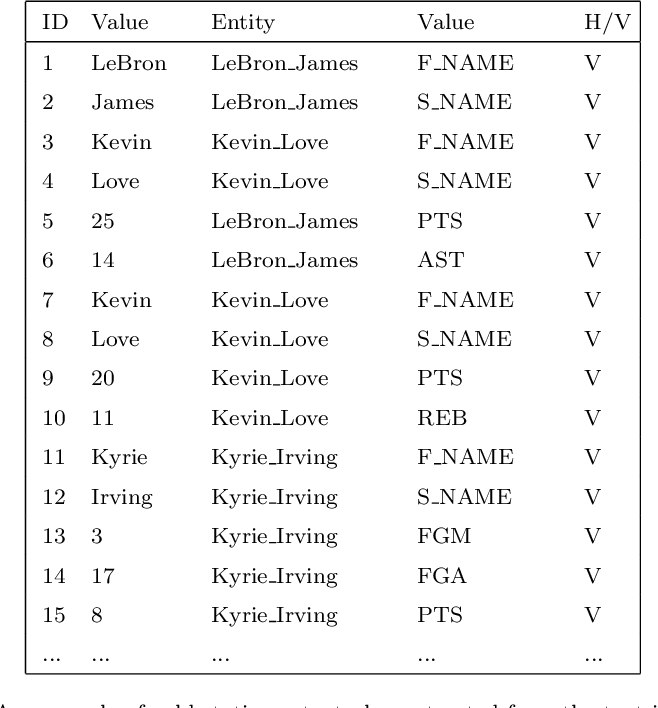 Neural data-to-text generation models have achieved significant advancement in recent years. However, these models have two shortcomings: the generated texts tend to miss some vital information, and they often generate descriptions that are not consistent with the structured input data. To alleviate these problems, we propose a Neural data-to-text generation model with Dynamic content Planning, named NDP for abbreviation. The NDP can utilize the previously generated text to dynamically select the appropriate entry from the given structured data. We further design a reconstruction mechanism with a novel objective function that can reconstruct the whole entry of the used data sequentially from the hidden states of the decoder, which aids the accuracy of the generated text. Empirical results show that the NDP achieves superior performance over the state-of-the-art on ROTOWIRE dataset, in terms of relation generation (RG), content selection (CS), content ordering (CO) and BLEU metrics. The human evaluation result shows that the texts generated by the proposed NDP are better than the corresponding ones generated by NCP in most of time. And using the proposed reconstruction mechanism, the fidelity of the generated text can be further improved significantly. 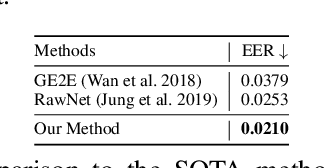 Multimodal pre-training for audio-and-text has recently been proved to be effective and has significantly improved the performance of many downstream speech understanding tasks. However, these state-of-the-art pre-training audio-text models work well only when provided with large amount of parallel audio-and-text data, which brings challenges on many languages that are rich in unimodal corpora but scarce of parallel cross-modal corpus. In this paper, we investigate whether it is possible to pre-train an audio-text multimodal model with extremely low-resource parallel data and extra non-parallel unimodal data. Our pre-training framework consists of the following components: (1) Intra-modal Denoising Auto-Encoding (IDAE), which is able to reconstruct input text (audio) representations from a noisy version of itself. (2) Cross-modal Denoising Auto-Encoding (CDAE), which is pre-trained to reconstruct the input text (audio), given both a noisy version of the input text (audio) and the corresponding translated noisy audio features (text embeddings). (3) Iterative Denoising Process (IDP), which iteratively translates raw audio (text) and the corresponding text embeddings (audio features) translated from previous iteration into the new less-noisy text embeddings (audio features). We adapt a dual cross-modal Transformer as our backbone model which consists of two unimodal encoders for IDAE and two cross-modal encoders for CDAE and IDP. Our method achieves comparable performance on multiple downstream speech understanding tasks compared with the model pre-trained on fully parallel data, demonstrating the great potential of the proposed method. Our code is available at: \url{https://github.com/KarlYuKang/Low-Resource-Multimodal-Pre-training}. 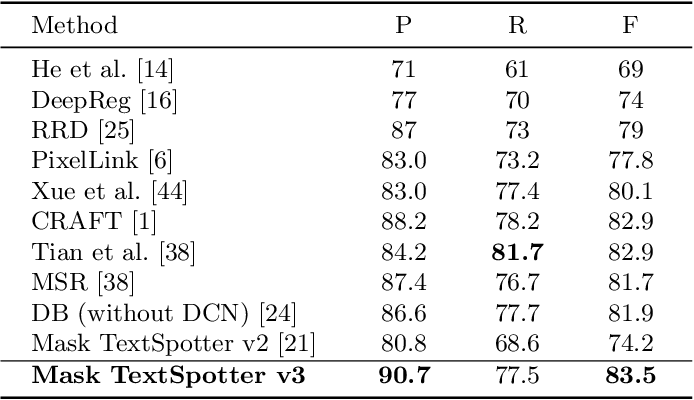 Recent end-to-end trainable methods for scene text spotting, integrating detection and recognition, showed much progress. However, most of the current arbitrary-shape scene text spotters use region proposal networks (RPN) to produce proposals. RPN relies heavily on manually designed anchors and its proposals are represented with axis-aligned rectangles. The former presents difficulties in handling text instances of extreme aspect ratios or irregular shapes, and the latter often includes multiple neighboring instances into a single proposal, in cases of densely oriented text. To tackle these problems, we propose Mask TextSpotter v3, an end-to-end trainable scene text spotter that adopts a Segmentation Proposal Network (SPN) instead of an RPN. Our SPN is anchor-free and gives accurate representations of arbitrary-shape proposals. It is therefore superior to RPN in detecting text instances of extreme aspect ratios or irregular shapes. Furthermore, the accurate proposals produced by SPN allow masked RoI features to be used for decoupling neighboring text instances. As a result, our Mask TextSpotter v3 can handle text instances of extreme aspect ratios or irregular shapes, and its recognition accuracy won't be affected by nearby text or background noise. Specifically, we outperform state-of-the-art methods by 21.9 percent on the Rotated ICDAR 2013 dataset (rotation robustness), 5.9 percent on the Total-Text dataset (shape robustness), and achieve state-of-the-art performance on the MSRA-TD500 dataset (aspect ratio robustness). Code is available at: https://github.com/MhLiao/MaskTextSpotterV3 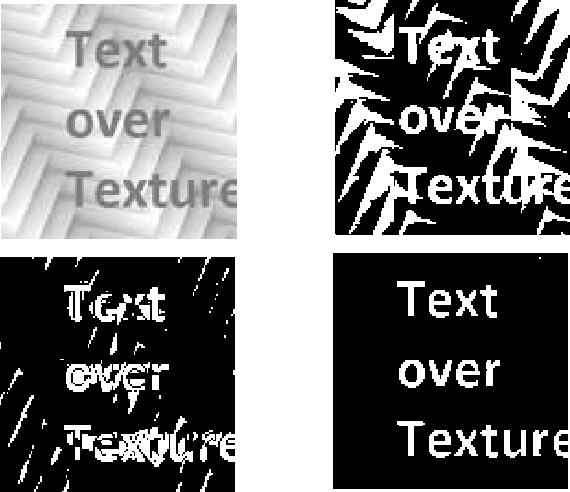 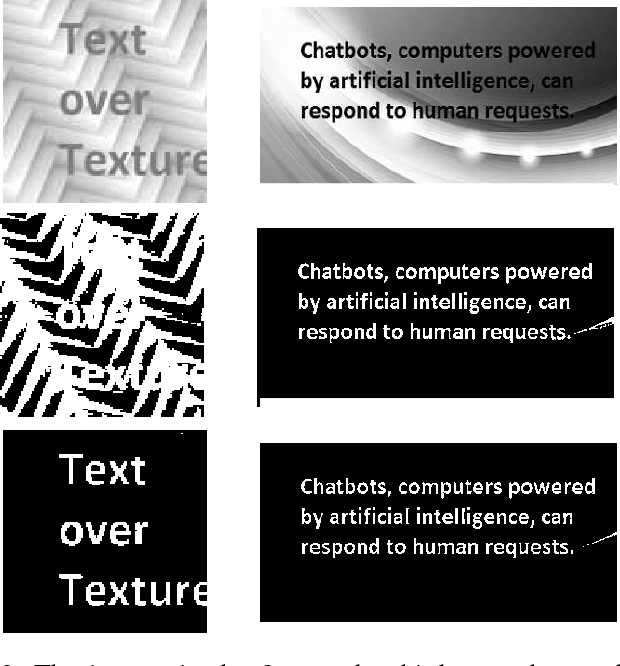 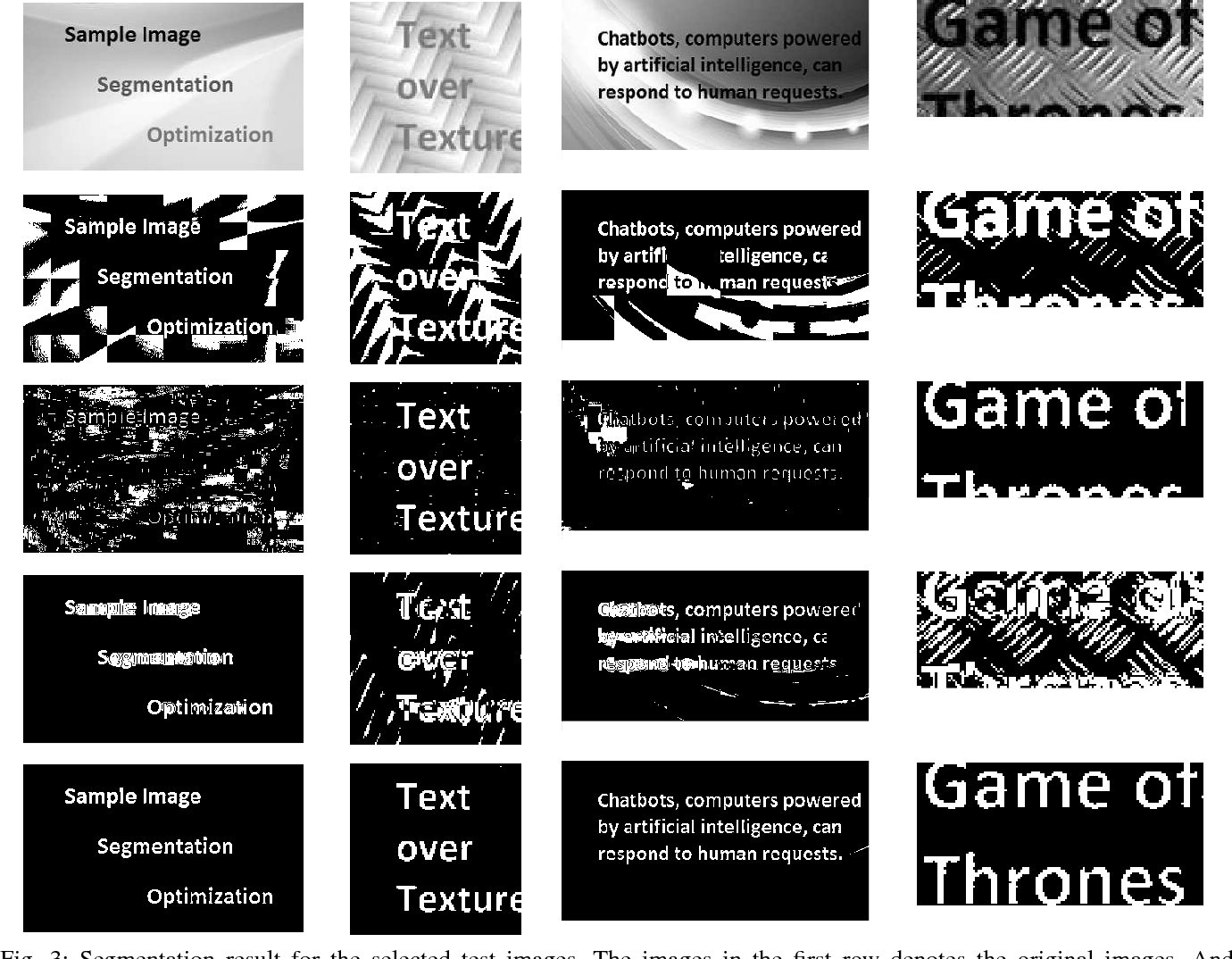 Text extraction is an important problem in image processing with applications from optical character recognition to autonomous driving. Most of the traditional text segmentation algorithms consider separating text from a simple background (which usually has a different color from texts). In this work we consider separating texts from a textured background, that has similar color to texts. We look at this problem from a signal decomposition perspective, and consider a more realistic scenario where signal components are overlaid on top of each other (instead of adding together). When the signals are overlaid, to separate signal components, we need to find a binary mask which shows the support of each component. Because directly solving the binary mask is intractable, we relax this problem to the approximated continuous problem, and solve it by alternating optimization method. We show that the proposed algorithm achieves significantly better results than other recent works on several challenging images. 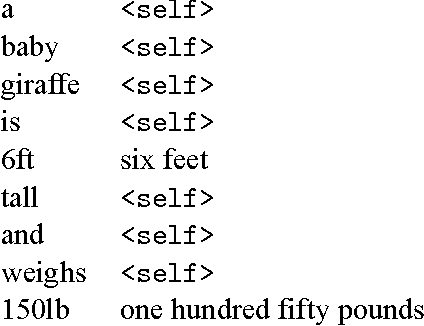 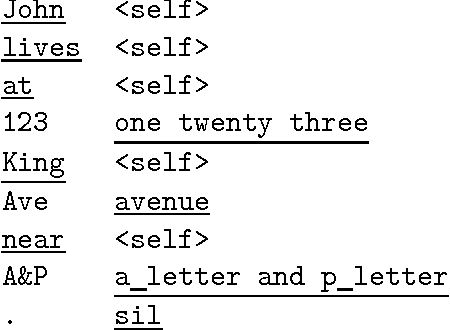 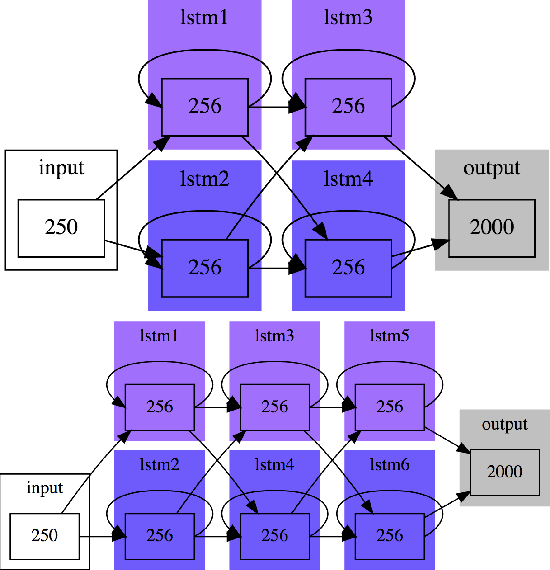 This paper presents a challenge to the community: given a large corpus of written text aligned to its normalized spoken form, train an RNN to learn the correct normalization function. We present a data set of general text where the normalizations were generated using an existing text normalization component of a text-to-speech system. This data set will be released open-source in the near future. We also present our own experiments with this data set with a variety of different RNN architectures. While some of the architectures do in fact produce very good results when measured in terms of overall accuracy, the errors that are produced are problematic, since they would convey completely the wrong message if such a system were deployed in a speech application. On the other hand, we show that a simple FST-based filter can mitigate those errors, and achieve a level of accuracy not achievable by the RNN alone. Though our conclusions are largely negative on this point, we are actually not arguing that the text normalization problem is intractable using an pure RNN approach, merely that it is not going to be something that can be solved merely by having huge amounts of annotated text data and feeding that to a general RNN model. And when we open-source our data, we will be providing a novel data set for sequence-to-sequence modeling in the hopes that the the community can find better solutions. The data used in this work have been released and are available at: https://github.com/rwsproat/text-normalization-data

We present mSLAM, a multilingual Speech and LAnguage Model that learns cross-lingual cross-modal representations of speech and text by pre-training jointly on large amounts of unlabeled speech and text in multiple languages. mSLAM combines w2v-BERT pre-training on speech with SpanBERT pre-training on character-level text, along with Connectionist Temporal Classification (CTC) losses on paired speech and transcript data, to learn a single model capable of learning from and representing both speech and text signals in a shared representation space. We evaluate mSLAM on several downstream speech understanding tasks and find that joint pre-training with text improves quality on speech translation, speech intent classification and speech language-ID while being competitive on multilingual ASR, when compared against speech-only pre-training. Our speech translation model demonstrates zero-shot text translation without seeing any text translation data, providing evidence for cross-modal alignment of representations. mSLAM also benefits from multi-modal fine-tuning, further improving the quality of speech translation by directly leveraging text translation data during the fine-tuning process. Our empirical analysis highlights several opportunities and challenges arising from large-scale multimodal pre-training, suggesting directions for future research. 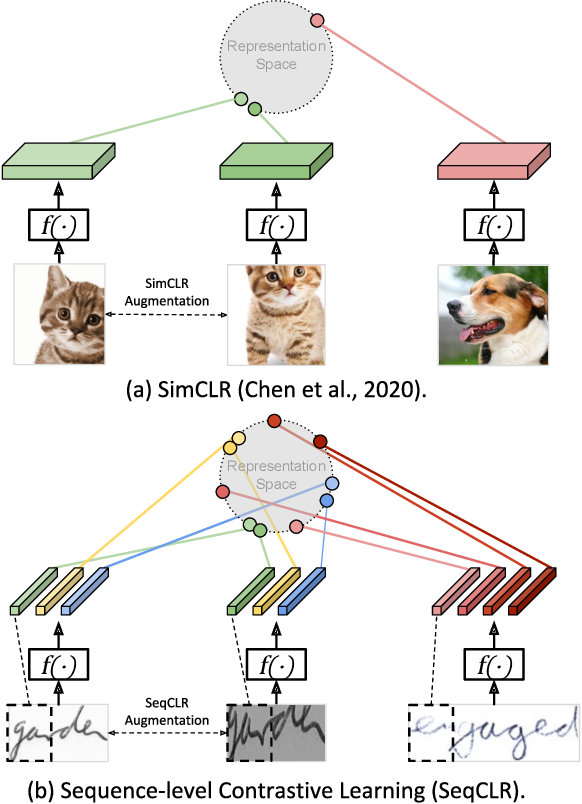 We propose a framework for sequence-to-sequence contrastive learning (SeqCLR) of visual representations, which we apply to text recognition. To account for the sequence-to-sequence structure, each feature map is divided into different instances over which the contrastive loss is computed. This operation enables us to contrast in a sub-word level, where from each image we extract several positive pairs and multiple negative examples. To yield effective visual representations for text recognition, we further suggest novel augmentation heuristics, different encoder architectures and custom projection heads. Experiments on handwritten text and on scene text show that when a text decoder is trained on the learned representations, our method outperforms non-sequential contrastive methods. In addition, when the amount of supervision is reduced, SeqCLR significantly improves performance compared with supervised training, and when fine-tuned with 100% of the labels, our method achieves state-of-the-art results on standard handwritten text recognition benchmarks.