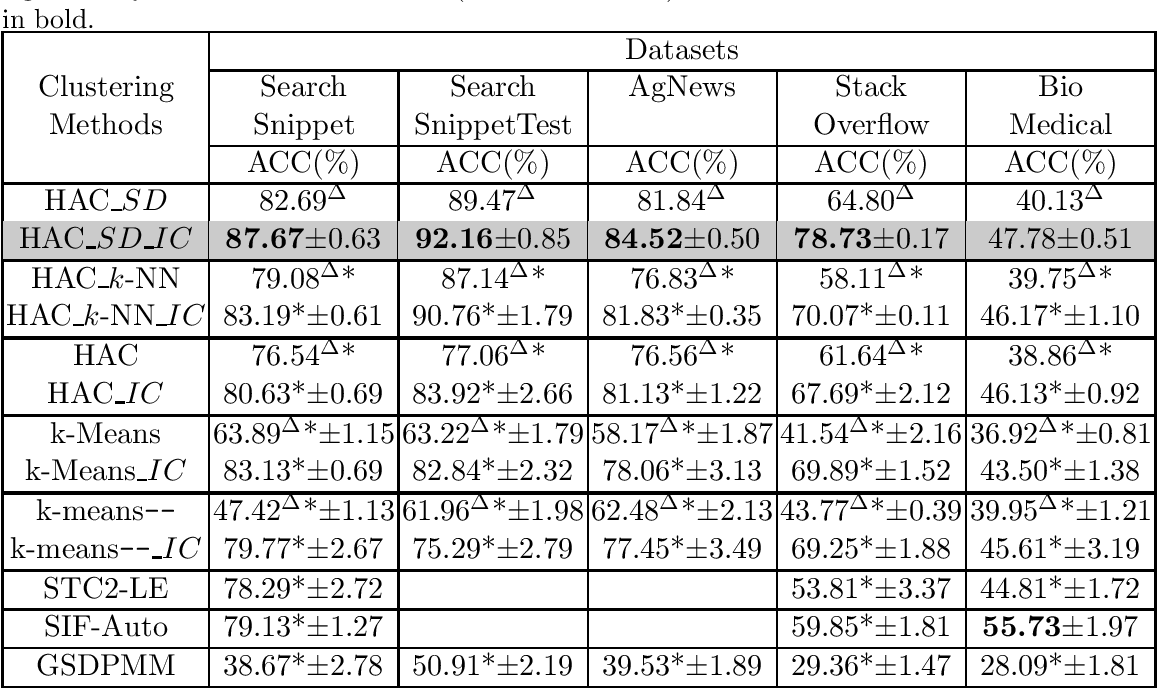 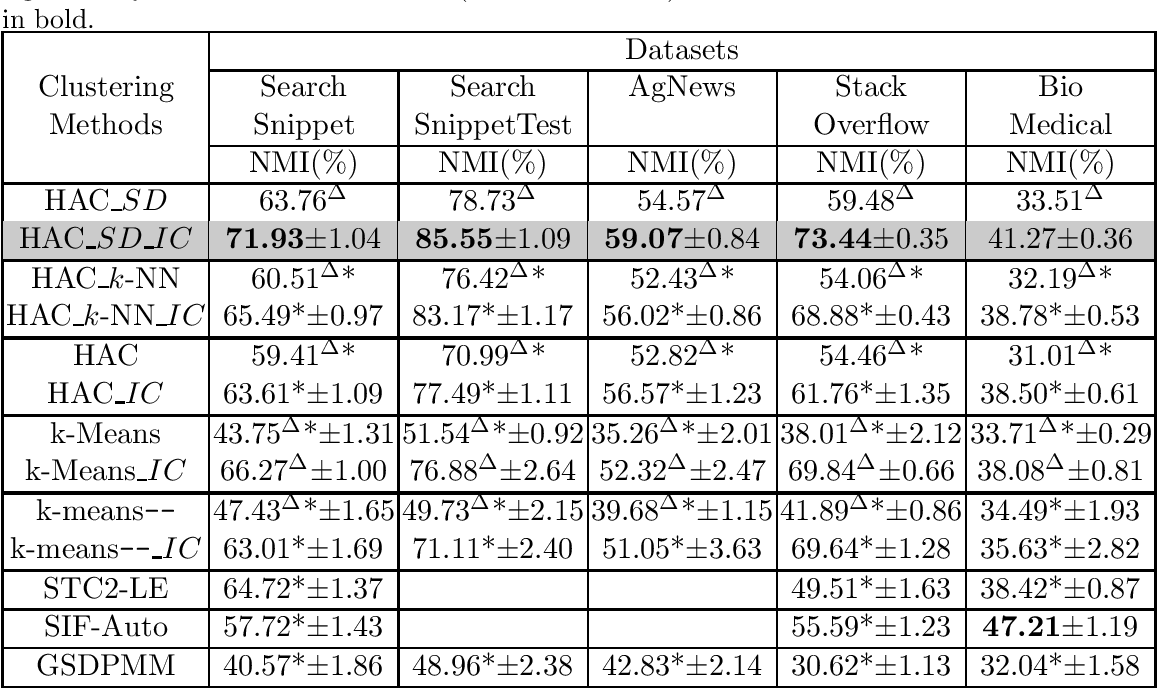 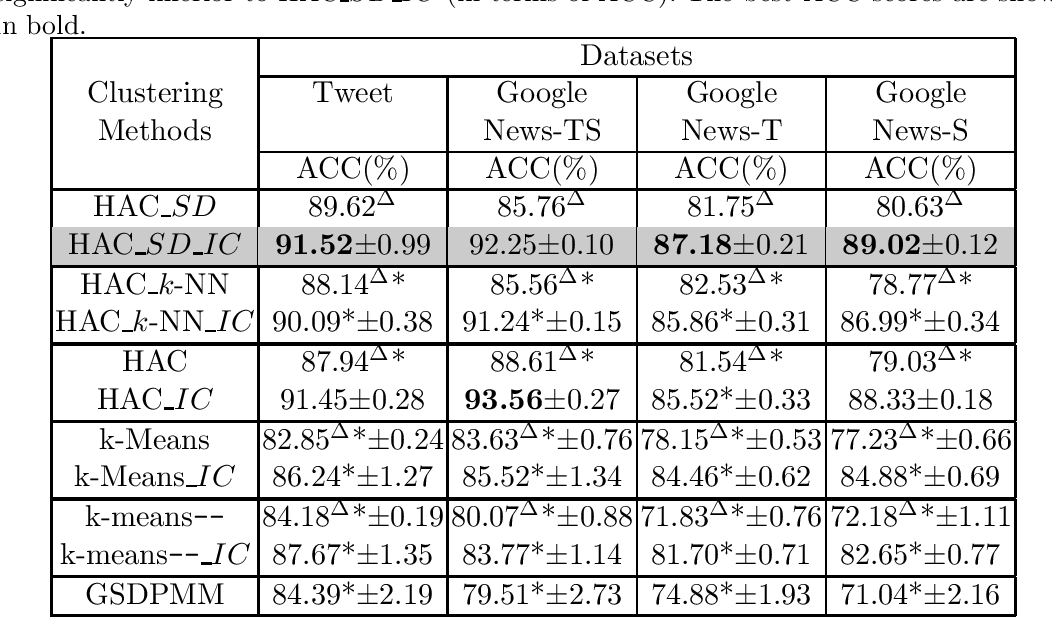 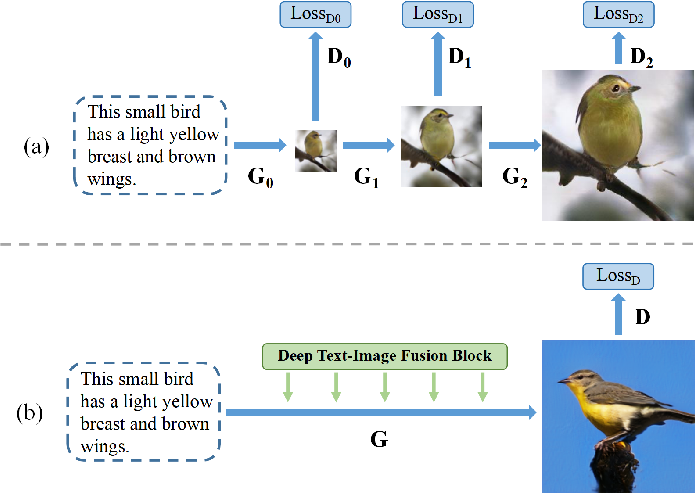 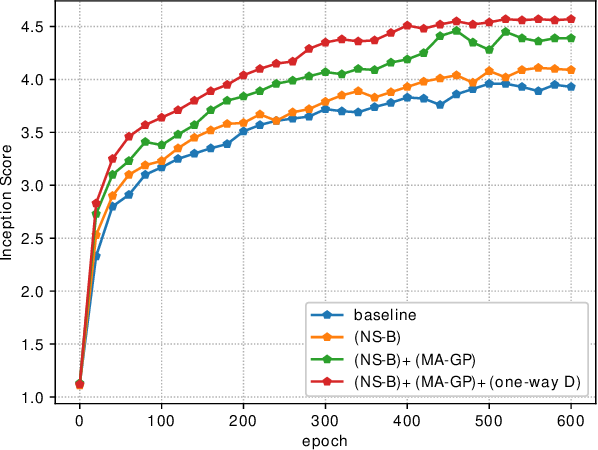 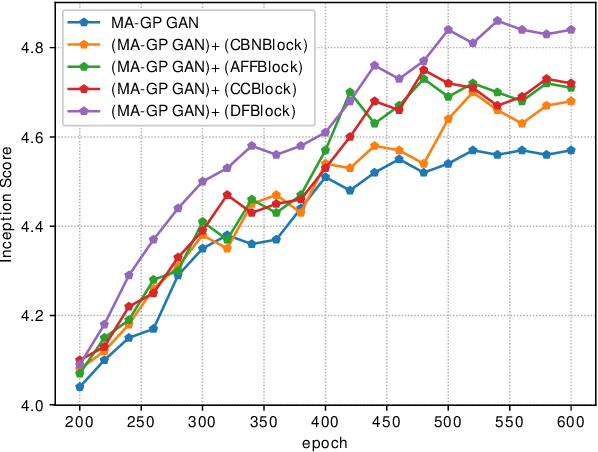 Synthesizing high-resolution realistic images from text descriptions is a challenging task. Almost all existing text-to-image methods employ stacked generative adversarial networks as the backbone, utilize cross-modal attention mechanisms to fuse text and image features, and use extra networks to ensure text-image semantic consistency. The existing text-to-image models have three problems: 1) For the backbone, there are multiple generators and discriminators stacked for generating different scales of images making the training process slow and inefficient. 2) For semantic consistency, the existing models employ extra networks to ensure the semantic consistency increasing the training complexity and bringing an additional computational cost. 3) For the text-image feature fusion method, cross-modal attention is only applied a few times during the generation process due to its computational cost impeding fusing the text and image features deeply. To solve these limitations, we propose 1) a novel simplified text-to-image backbone which is able to synthesize high-quality images directly by one pair of generator and discriminator, 2) a novel regularization method called Matching-Aware zero-centered Gradient Penalty which promotes the generator to synthesize more realistic and text-image semantic consistent images without introducing extra networks, 3) a novel fusion module called Deep Text-Image Fusion Block which can exploit the semantics of text descriptions effectively and fuse text and image features deeply during the generation process. Compared with the previous text-to-image models, our DF-GAN is simpler and more efficient and achieves better performance. Extensive experiments and ablation studies on both Caltech-UCSD Birds 200 and COCO datasets demonstrate the superiority of the proposed model in comparison to state-of-the-art models.

Probing the statistical properties of unknown texts: application to the Voynich Manuscript 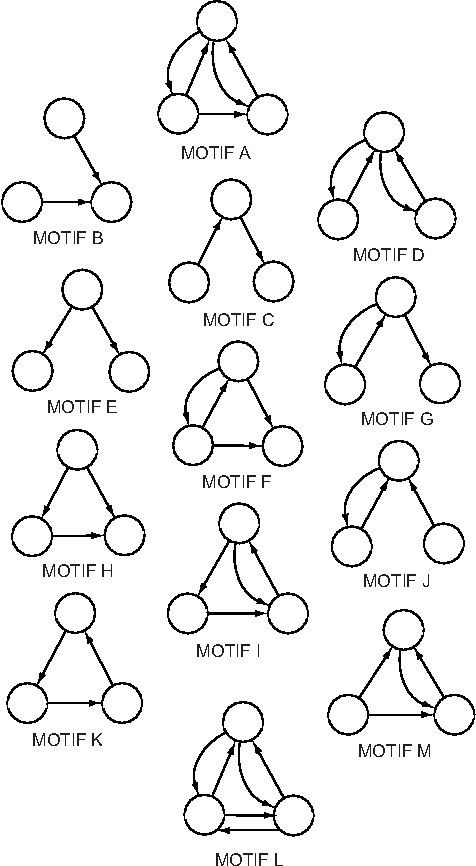 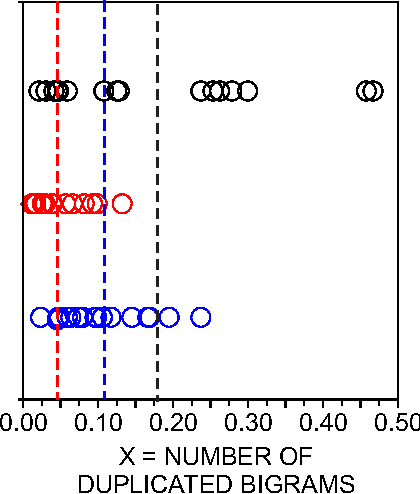 While the use of statistical physics methods to analyze large corpora has been useful to unveil many patterns in texts, no comprehensive investigation has been performed investigating the properties of statistical measurements across different languages and texts. In this study we propose a framework that aims at determining if a text is compatible with a natural language and which languages are closest to it, without any knowledge of the meaning of the words. The approach is based on three types of statistical measurements, i.e. obtained from first-order statistics of word properties in a text, from the topology of complex networks representing text, and from intermittency concepts where text is treated as a time series. Comparative experiments were performed with the New Testament in 15 different languages and with distinct books in English and Portuguese in order to quantify the dependency of the different measurements on the language and on the story being told in the book. The metrics found to be informative in distinguishing real texts from their shuffled versions include assortativity, degree and selectivity of words. As an illustration, we analyze an undeciphered medieval manuscript known as the Voynich Manuscript. We show that it is mostly compatible with natural languages and incompatible with random texts. We also obtain candidates for key-words of the Voynich Manuscript which could be helpful in the effort of deciphering it. Because we were able to identify statistical measurements that are more dependent on the syntax than on the semantics, the framework may also serve for text analysis in language-dependent applications.

All You Need is a Second Look: Towards Arbitrary-Shaped Text Detection 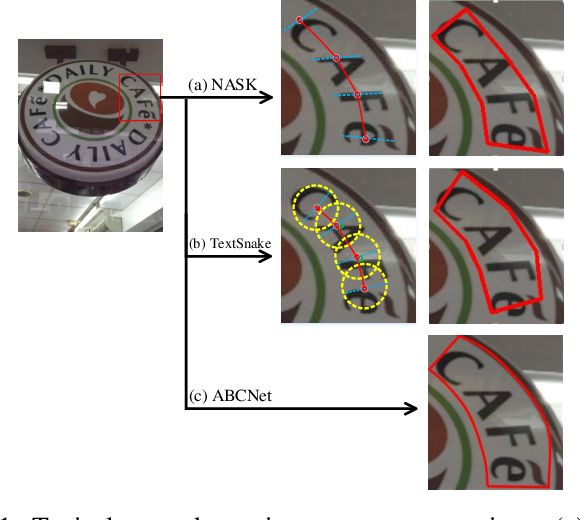 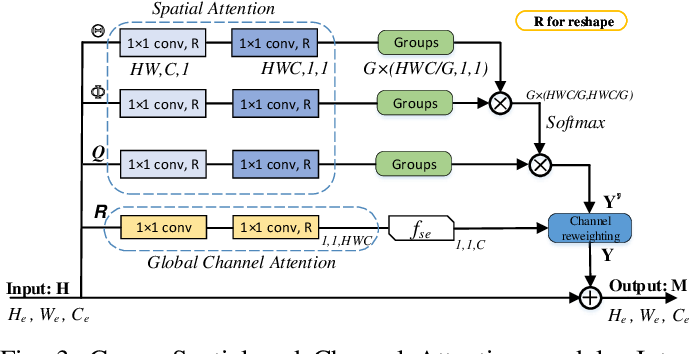 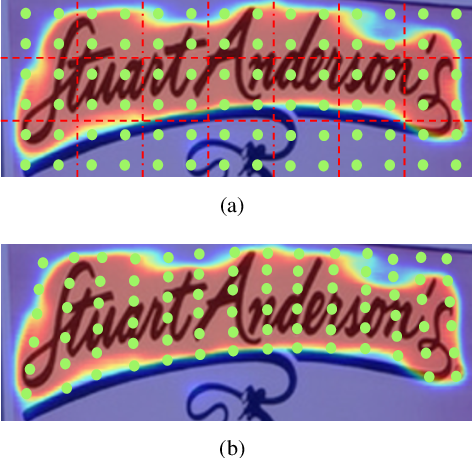 Arbitrary-shaped text detection is a challenging task since curved texts in the wild are of the complex geometric layouts. Existing mainstream methods follow the instance segmentation pipeline to obtain the text regions. However, arbitraryshaped texts are difficult to be depicted through one single segmentation network because of the varying scales. In this paper, we propose a two-stage segmentation-based detector, termed as NASK (Need A Second looK), for arbitrary-shaped text detection. Compared to the traditional single-stage segmentation network, our NASK conducts the detection in a coarse-to-fine manner with the first stage segmentation spotting the rectangle text proposals and the second one retrieving compact representations. Specifically, NASK is composed of a Text Instance Segmentation (TIS) network (1st stage), a Geometry-aware Text RoI Alignment (GeoAlign) module, and a Fiducial pOint eXpression (FOX) module (2nd stage). Firstly, TIS extracts the augmented features with a novel Group Spatial and Channel Attention (GSCA) module and conducts instance segmentation to obtain rectangle proposals. Then, GeoAlign converts these rectangles into the fixed size and encodes RoI-wise feature representation. Finally, FOX disintegrates the text instance into serval pivotal geometrical attributes to refine the detection results. Extensive experimental results on three public benchmarks including Total-Text, SCUTCTW1500, and ICDAR 2015 verify that our NASK outperforms recent state-of-the-art methods.

In this article we present a model of human written text based on statistical mechanics approach by deriving the potential energy for different parts of the text using large text corpus. We have checked the results numerically and found that the specific heat parameter effectively separates the closed class words from the specific terms used in the text. 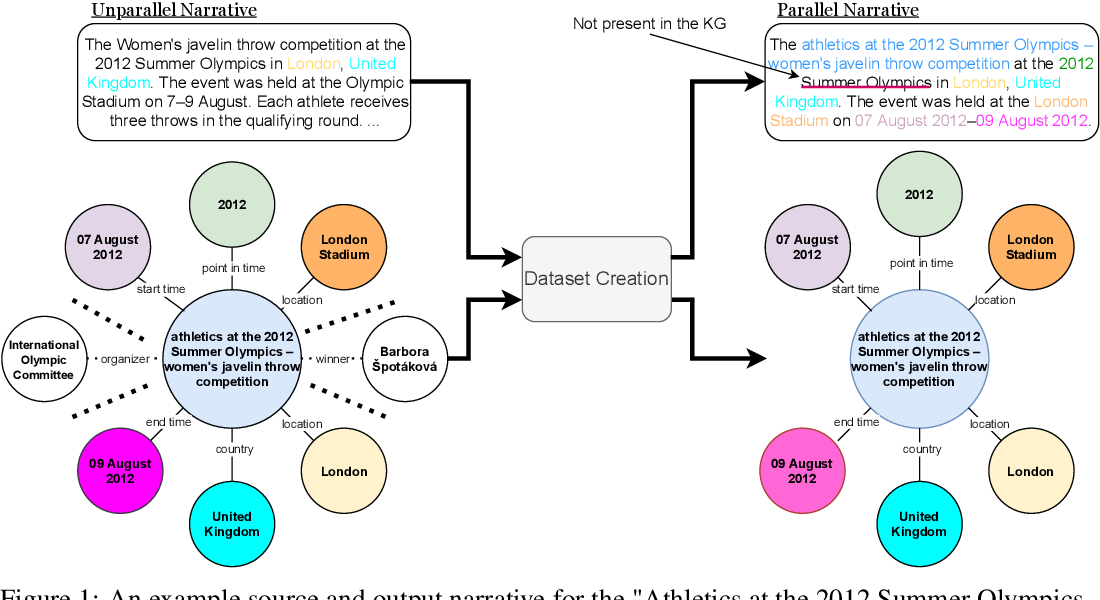 We introduce EventNarrative, a knowledge graph-to-text dataset from publicly available open-world knowledge graphs. Given the recent advances in event-driven Information Extraction (IE), and that prior research on graph-to-text only focused on entity-driven KGs, this paper focuses on event-centric data. However, our data generation system can still be adapted to other other types of KG data. Existing large-scale datasets in the graph-to-text area are non-parallel, meaning there is a large disconnect between the KGs and text. The datasets that have a paired KG and text, are small scale and manually generated or generated without a rich ontology, making the corresponding graphs sparse. Furthermore, these datasets contain many unlinked entities between their KG and text pairs. EventNarrative consists of approximately 230,000 graphs and their corresponding natural language text, 6 times larger than the current largest parallel dataset. It makes use of a rich ontology, all of the KGs entities are linked to the text, and our manual annotations confirm a high data quality. Our aim is two-fold: help break new ground in event-centric research where data is lacking, and to give researchers a well-defined, large-scale dataset in order to better evaluate existing and future knowledge graph-to-text models. We also evaluate two types of baseline on EventNarrative: a graph-to-text specific model and two state-of-the-art language models, which previous work has shown to be adaptable to the knowledge graph-to-text domain. 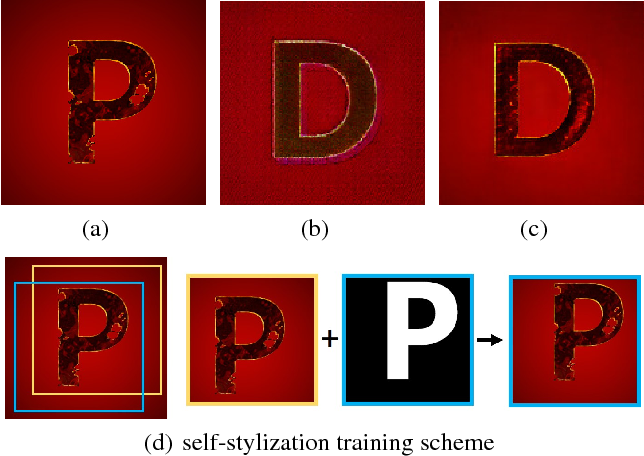 Text effects transfer technology automatically makes the text dramatically more impressive. However, previous style transfer methods either study the model for general style, which cannot handle the highly-structured text effects along the glyph, or require manual design of subtle matching criteria for text effects. In this paper, we focus on the use of the powerful representation abilities of deep neural features for text effects transfer. For this purpose, we propose a novel Texture Effects Transfer GAN (TET-GAN), which consists of a stylization subnetwork and a destylization subnetwork. The key idea is to train our network to accomplish both the objective of style transfer and style removal, so that it can learn to disentangle and recombine the content and style features of text effects images. To support the training of our network, we propose a new text effects dataset with as much as 64 professionally designed styles on 837 characters. We show that the disentangled feature representations enable us to transfer or remove all these styles on arbitrary glyphs using one network. Furthermore, the flexible network design empowers TET-GAN to efficiently extend to a new text style via one-shot learning where only one example is required. We demonstrate the superiority of the proposed method in generating high-quality stylized text over the state-of-the-art methods.


* Accepted by AAAI 2019. Code and dataset will be available at http://www.icst.pku.edu.cn/struct/Projects/TETGAN.html 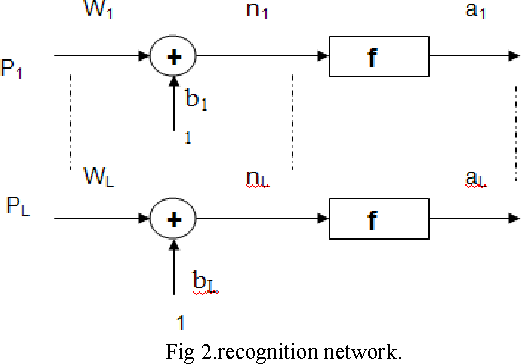 The interest in text to speech synthesis increased in the world .text to speech have been developed formany popular languages such as English, Spanish and French and many researches and developmentshave been applied to those languages. Persian on the other hand, has been given little attentioncompared to other languages of similar importance and the research in Persian is still in its infancy.Persian language possess many difficulty and exceptions that increase complexity of text to speechsystems. For example: short vowels is absent in written text or existence of homograph words. in thispaper we propose a new method for persian text to phonetic that base on pronunciations by analogy inwords, semantic relations and grammatical rules for finding proper phonetic. Keywords:PbA, text to speech, Persian language, FPbA 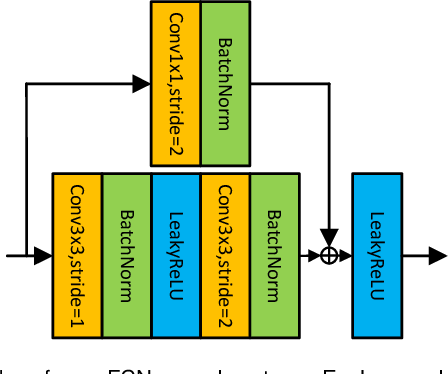 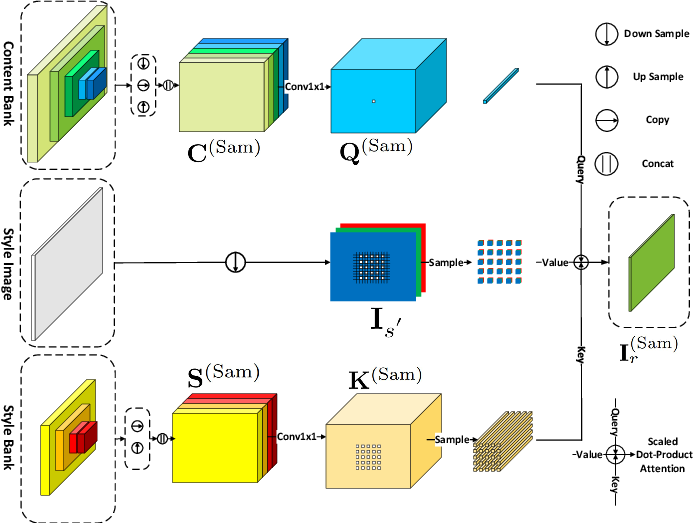 
* The paper contains many issues yet. We will update the formal version once all issues are fixed