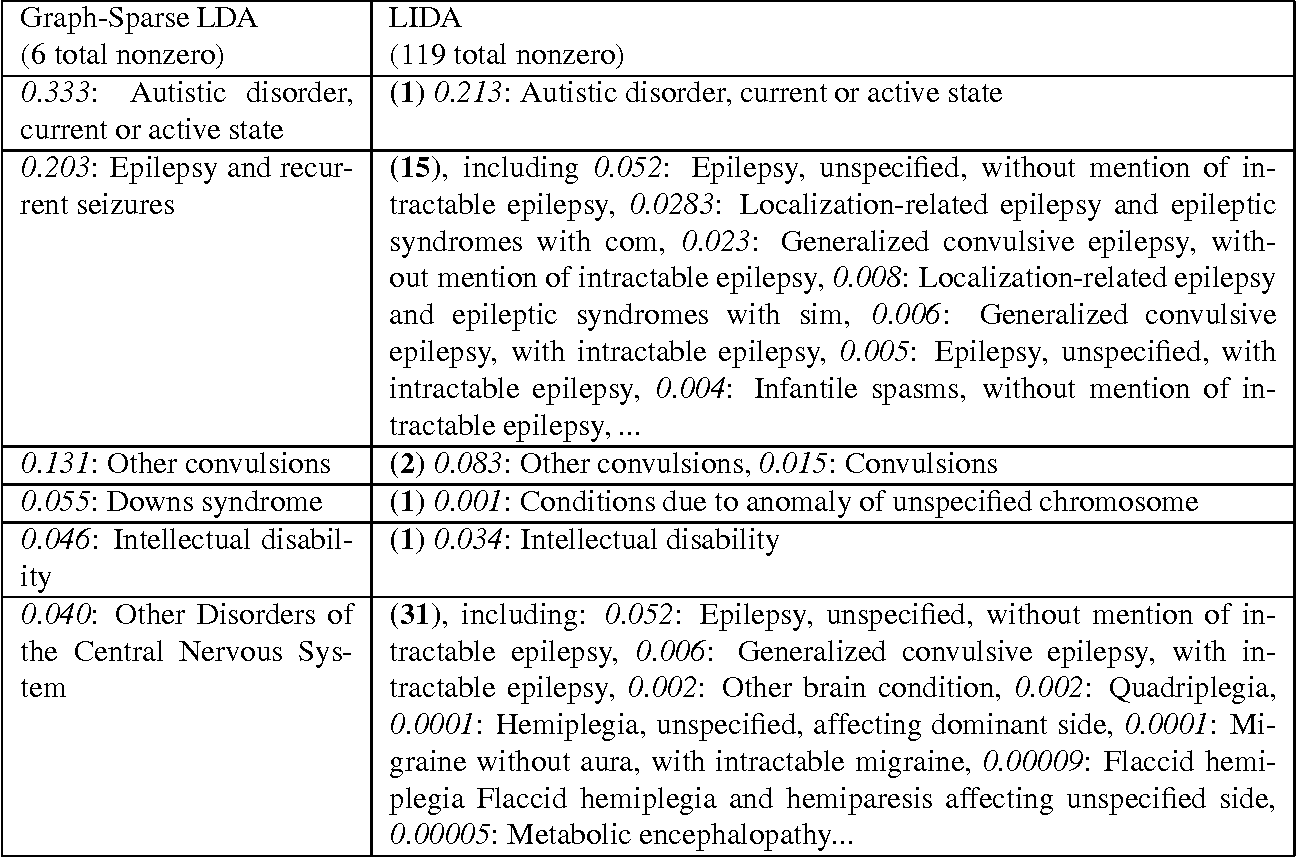 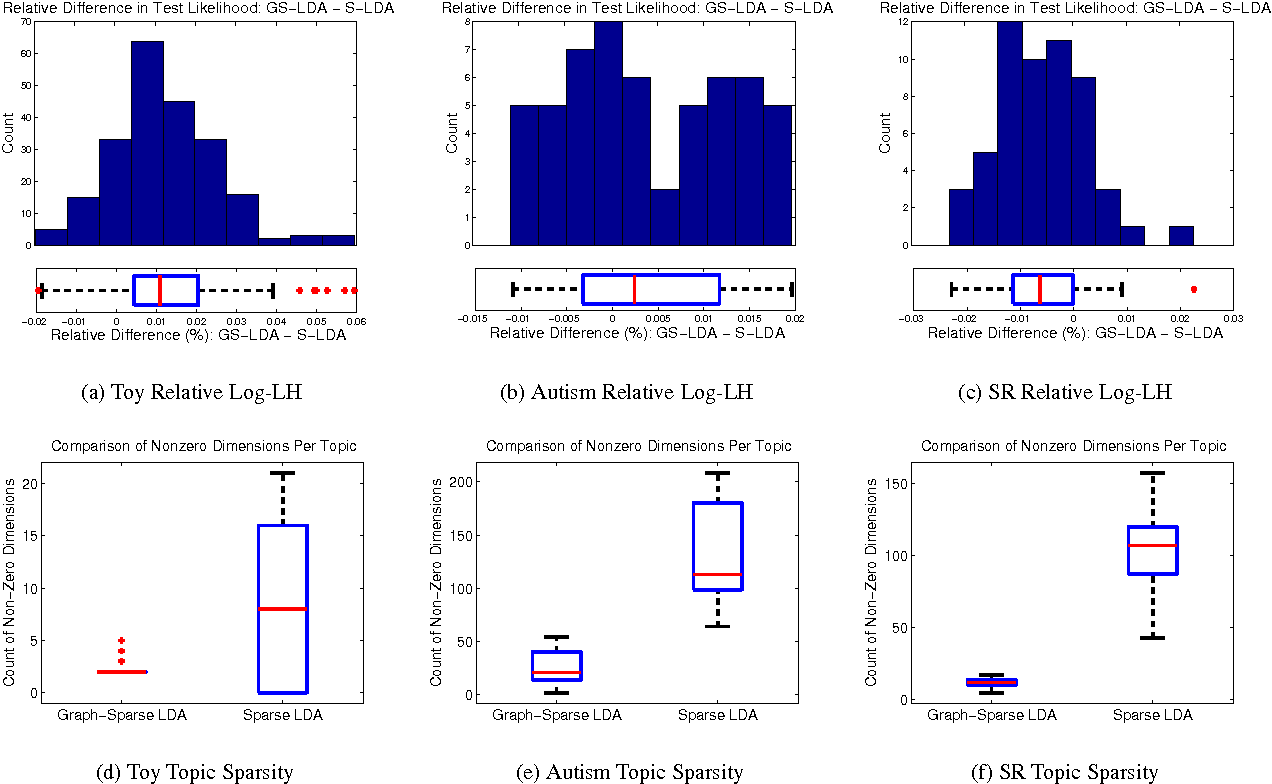 Originally designed to model text, topic modeling has become a powerful tool for uncovering latent structure in domains including medicine, finance, and vision. The goals for the model vary depending on the application: in some cases, the discovered topics may be used for prediction or some other downstream task. In other cases, the content of the topic itself may be of intrinsic scientific interest. Unfortunately, even using modern sparse techniques, the discovered topics are often difficult to interpret due to the high dimensionality of the underlying space. To improve topic interpretability, we introduce Graph-Sparse LDA, a hierarchical topic model that leverages knowledge of relationships between words (e.g., as encoded by an ontology). In our model, topics are summarized by a few latent concept-words from the underlying graph that explain the observed words. Graph-Sparse LDA recovers sparse, interpretable summaries on two real-world biomedical datasets while matching state-of-the-art prediction performance. 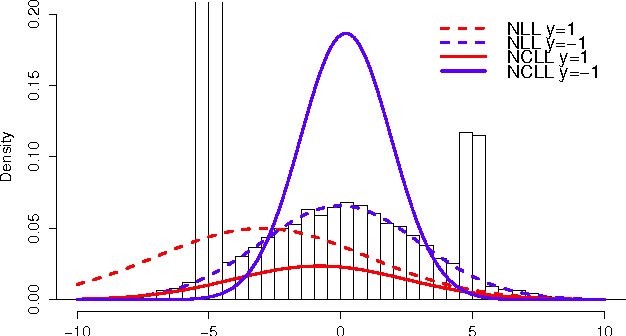 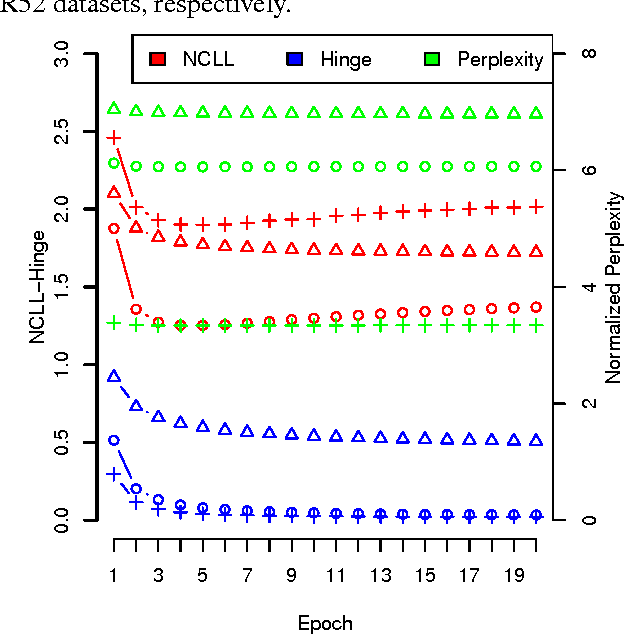 Stochastic discriminative EM (sdEM) is an online-EM-type algorithm for discriminative training of probabilistic generative models belonging to the exponential family. In this work, we introduce and justify this algorithm as a stochastic natural gradient descent method, i.e. a method which accounts for the information geometry in the parameter space of the statistical model. We show how this learning algorithm can be used to train probabilistic generative models by minimizing different discriminative loss functions, such as the negative conditional log-likelihood and the Hinge loss. The resulting models trained by sdEM are always generative (i.e. they define a joint probability distribution) and, in consequence, allows to deal with missing data and latent variables in a principled way either when being learned or when making predictions. The performance of this method is illustrated by several text classification problems for which a multinomial naive Bayes and a latent Dirichlet allocation based classifier are learned using different discriminative loss functions. 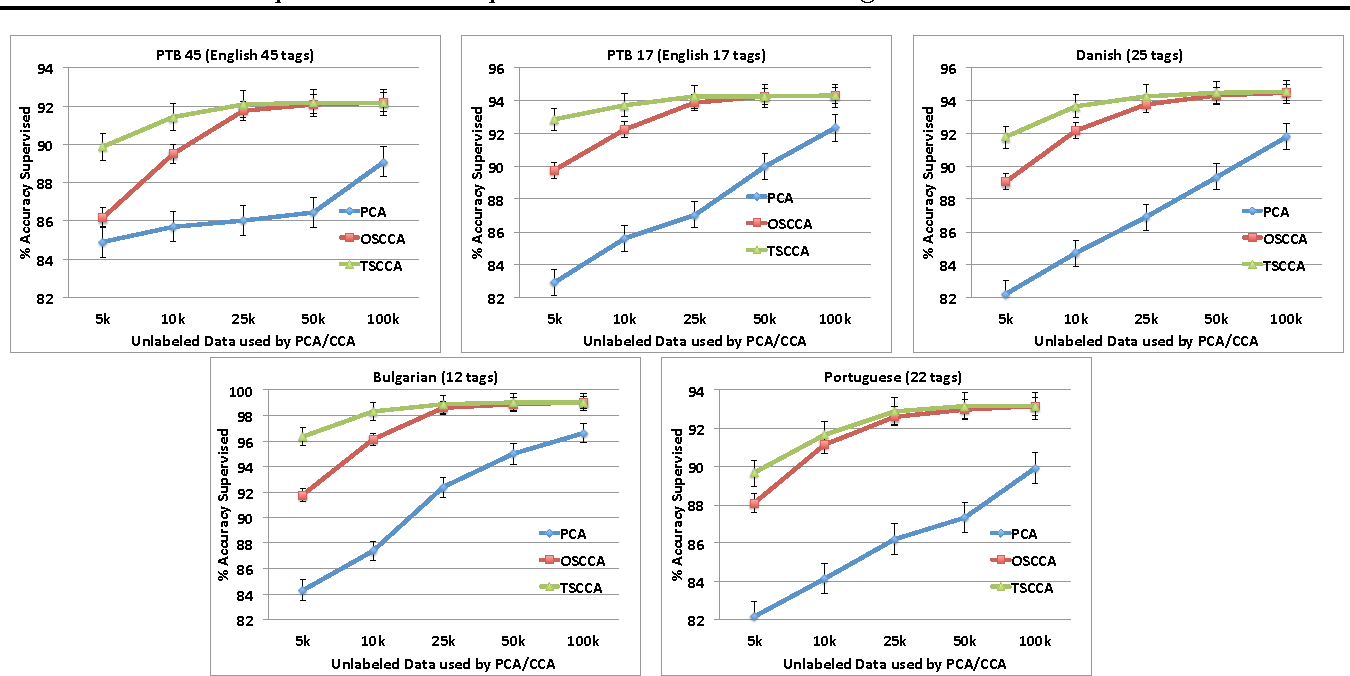 Unlabeled data is often used to learn representations which can be used to supplement baseline features in a supervised learner. For example, for text applications where the words lie in a very high dimensional space (the size of the vocabulary), one can learn a low rank "dictionary" by an eigen-decomposition of the word co-occurrence matrix (e.g. using PCA or CCA). In this paper, we present a new spectral method based on CCA to learn an eigenword dictionary. Our improved procedure computes two set of CCAs, the first one between the left and right contexts of the given word and the second one between the projections resulting from this CCA and the word itself. We prove theoretically that this two-step procedure has lower sample complexity than the simple single step procedure and also illustrate the empirical efficacy of our approach and the richness of representations learned by our Two Step CCA (TSCCA) procedure on the tasks of POS tagging and sentiment classification.

In natural speech, the speaker does not pause between words, yet a human listener somehow perceives this continuous stream of phonemes as a series of distinct words. The detection of boundaries between spoken words is an instance of a general capability of the human neocortex to remember and to recognize recurring sequences. This paper describes a computer algorithm that is designed to solve the problem of locating word boundaries in blocks of English text from which the spaces have been removed. This problem avoids the complexities of speech processing but requires similar capabilities for detecting recurring sequences. The algorithm relies entirely on statistical relationships between letters in the input stream to infer the locations of word boundaries. A Viterbi trellis is used to simultaneously evaluate a set of hypothetical segmentations of a block of adjacent words. This technique improves accuracy but incurs a small latency between the arrival of letters in the input stream and the sending of words to the output stream. The source code for a C++ version of this algorithm is presented in an appendix. 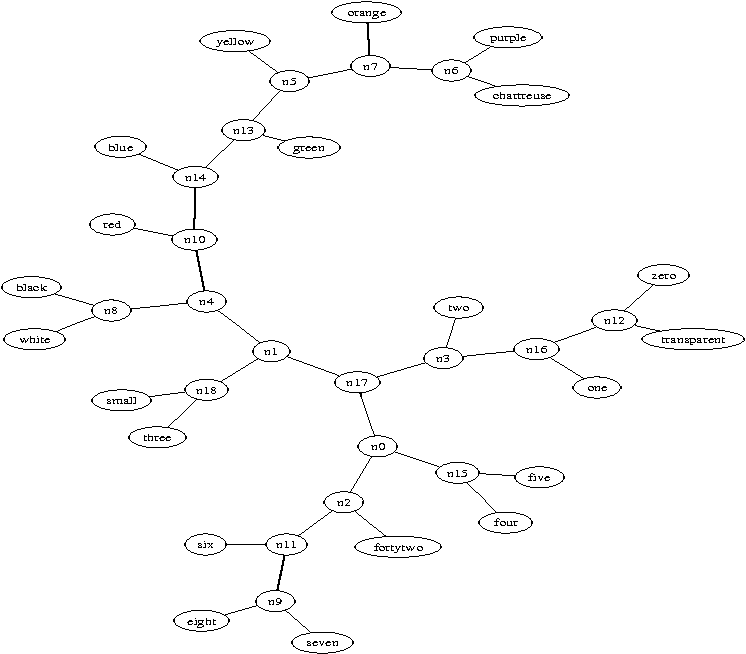 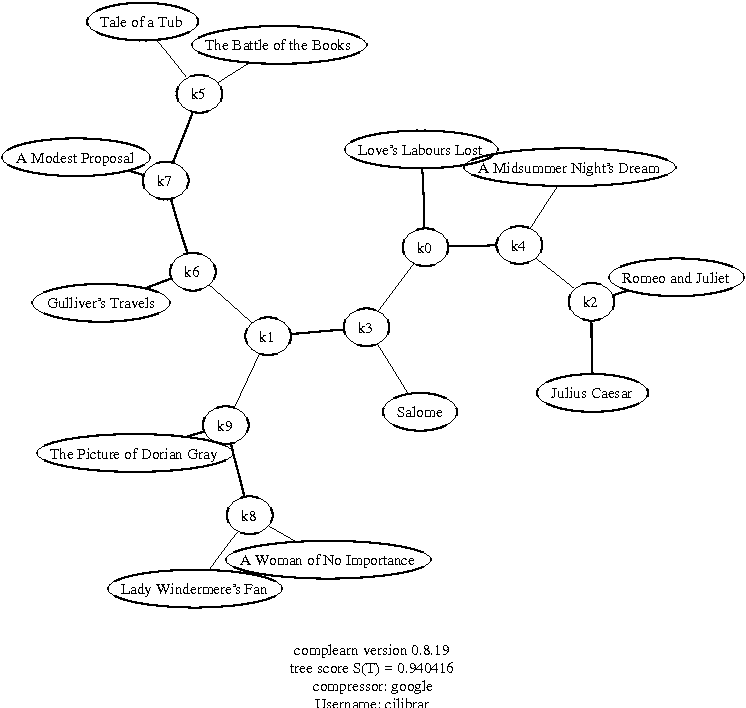 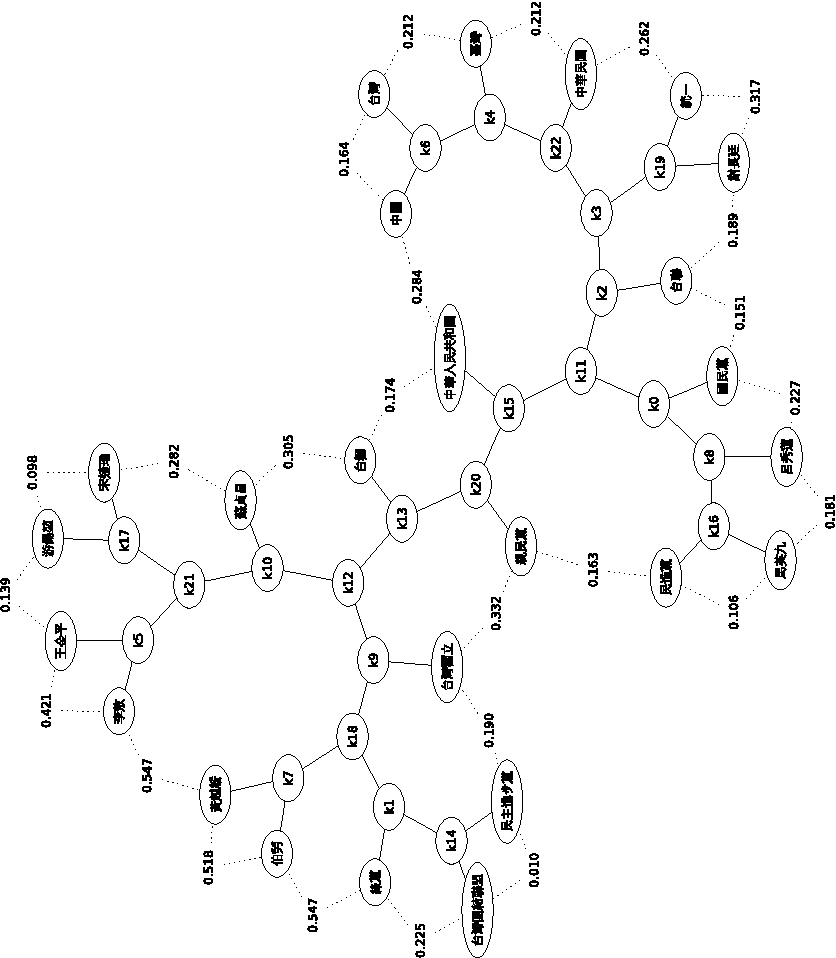 There is a great deal of work in cognitive psychology, linguistics, and computer science, about using word (or phrase) frequencies in context in text corpora to develop measures for word similarity or word association, going back to at least the 1960s. The goal of this chapter is to introduce the normalizedis a general way to tap the amorphous low-grade knowledge available for free on the Internet, typed in by local users aiming at personal gratification of diverse objectives, and yet globally achieving what is effectively the largest semantic electronic database in the world. Moreover, this database is available for all by using any search engine that can return aggregate page-count estimates for a large range of search-queries. In the paper introducing the NWD it was called `normalized Google distance (NGD),' but since Google doesn't allow computer searches anymore, we opt for the more neutral and descriptive NWD. web distance (NWD) method to determine similarity between words and phrases. It 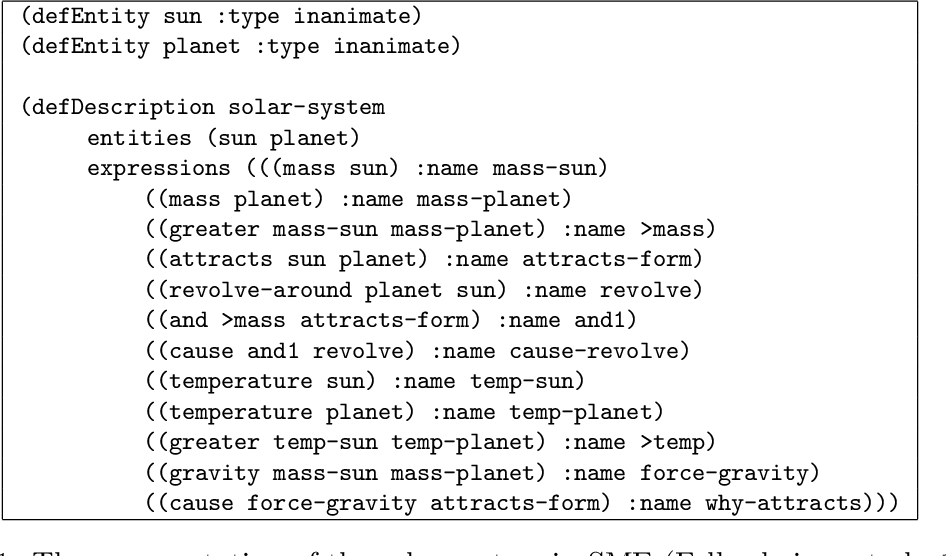 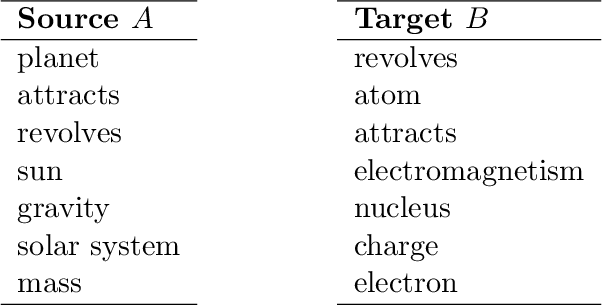 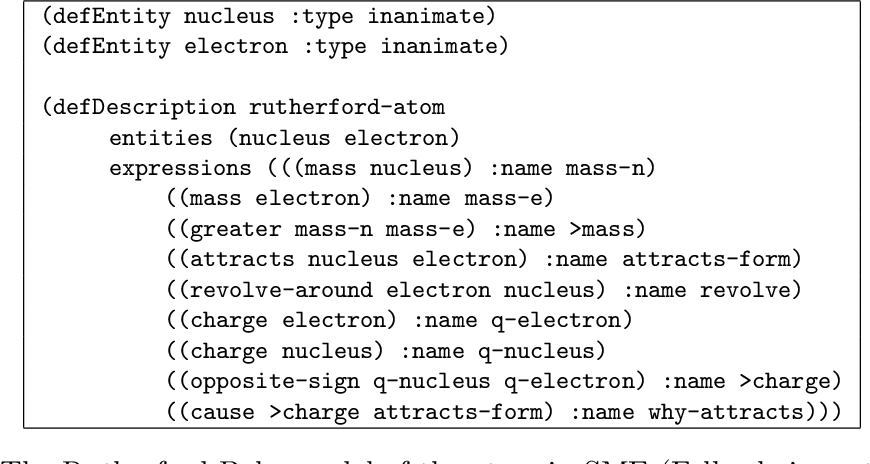 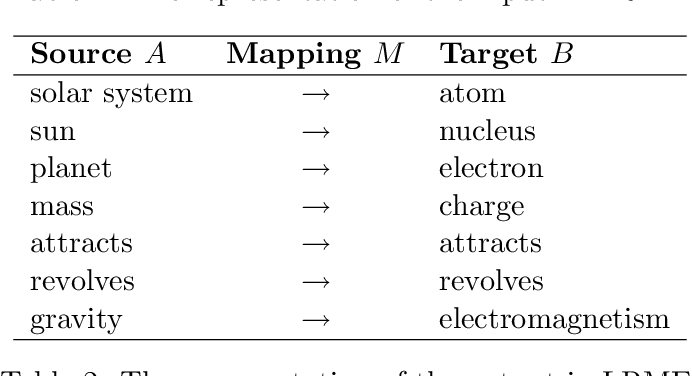 Many AI researchers and cognitive scientists have argued that analogy is the core of cognition. The most influential work on computational modeling of analogy-making is Structure Mapping Theory (SMT) and its implementation in the Structure Mapping Engine (SME). A limitation of SME is the requirement for complex hand-coded representations. We introduce the Latent Relation Mapping Engine (LRME), which combines ideas from SME and Latent Relational Analysis (LRA) in order to remove the requirement for hand-coded representations. LRME builds analogical mappings between lists of words, using a large corpus of raw text to automatically discover the semantic relations among the words. We evaluate LRME on a set of twenty analogical mapping problems, ten based on scientific analogies and ten based on common metaphors. LRME achieves human-level performance on the twenty problems. We compare LRME with a variety of alternative approaches and find that they are not able to reach the same level of performance. 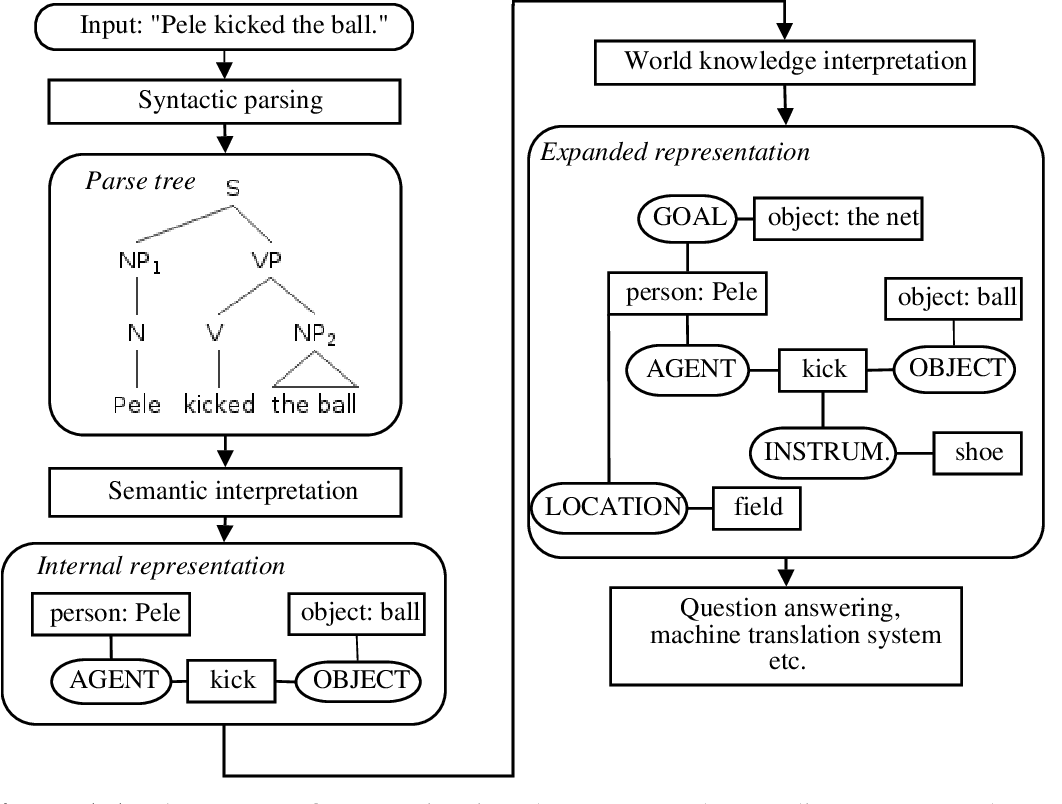 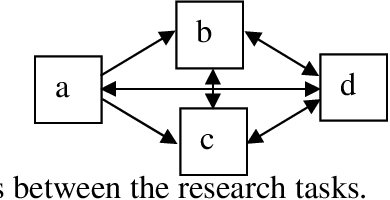 Because of the wide variety of contemporary practices used in the automatic syntactic parsing of natural languages, it has become necessary to analyze and evaluate the strengths and weaknesses of different approaches. This research is all the more necessary because there are currently no genre- and domain-independent parsers that are able to analyze unrestricted text with 100% preciseness (I use this term to refer to the correctness of analyses assigned by a parser). All these factors create a need for methods and resources that can be used to evaluate and compare parsing systems. This research describes: (1) A theoretical analysis of current achievements in parsing and parser evaluation. (2) A framework (called FEPa) that can be used to carry out practical parser evaluations and comparisons. (3) A set of new evaluation resources: FiEval is a Finnish treebank under construction, and MGTS and RobSet are parser evaluation resources in English. (4) The results of experiments in which the developed evaluation framework and the two resources for English were used for evaluating a set of selected parsers. 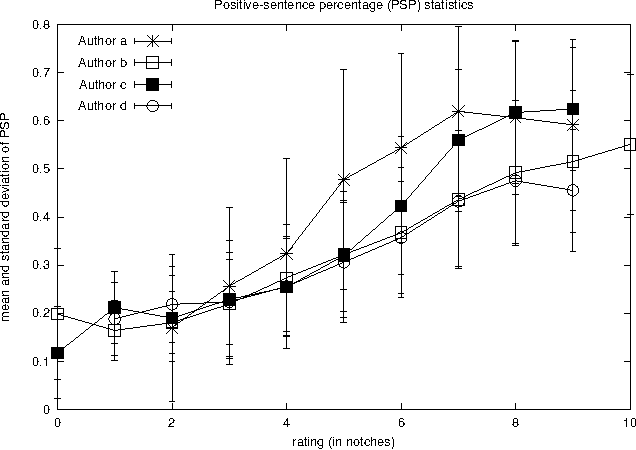 We address the rating-inference problem, wherein rather than simply decide whether a review is "thumbs up" or "thumbs down", as in previous sentiment analysis work, one must determine an author's evaluation with respect to a multi-point scale (e.g., one to five "stars"). This task represents an interesting twist on standard multi-class text categorization because there are several different degrees of similarity between class labels; for example, "three stars" is intuitively closer to "four stars" than to "one star". We first evaluate human performance at the task. Then, we apply a meta-algorithm, based on a metric labeling formulation of the problem, that alters a given n-ary classifier's output in an explicit attempt to ensure that similar items receive similar labels. We show that the meta-algorithm can provide significant improvements over both multi-class and regression versions of SVMs when we employ a novel similarity measure appropriate to the problem. 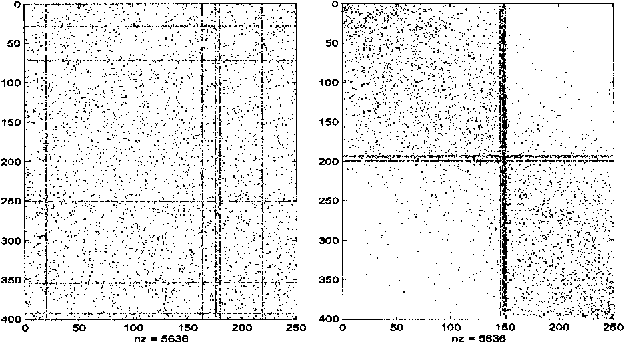 Many data types arising from data mining applications can be modeled as bipartite graphs, examples include terms and documents in a text corpus, customers and purchasing items in market basket analysis and reviewers and movies in a movie recommender system. In this paper, we propose a new data clustering method based on partitioning the underlying bipartite graph. The partition is constructed by minimizing a normalized sum of edge weights between unmatched pairs of vertices of the bipartite graph. We show that an approximate solution to the minimization problem can be obtained by computing a partial singular value decomposition (SVD) of the associated edge weight matrix of the bipartite graph. We point out the connection of our clustering algorithm to correspondence analysis used in multivariate analysis. We also briefly discuss the issue of assigning data objects to multiple clusters. In the experimental results, we apply our clustering algorithm to the problem of document clustering to illustrate its effectiveness and efficiency.


* Proceedings of ACM CIKM 2001, the Tenth International Conference on Information and Knowledge Management, 2001 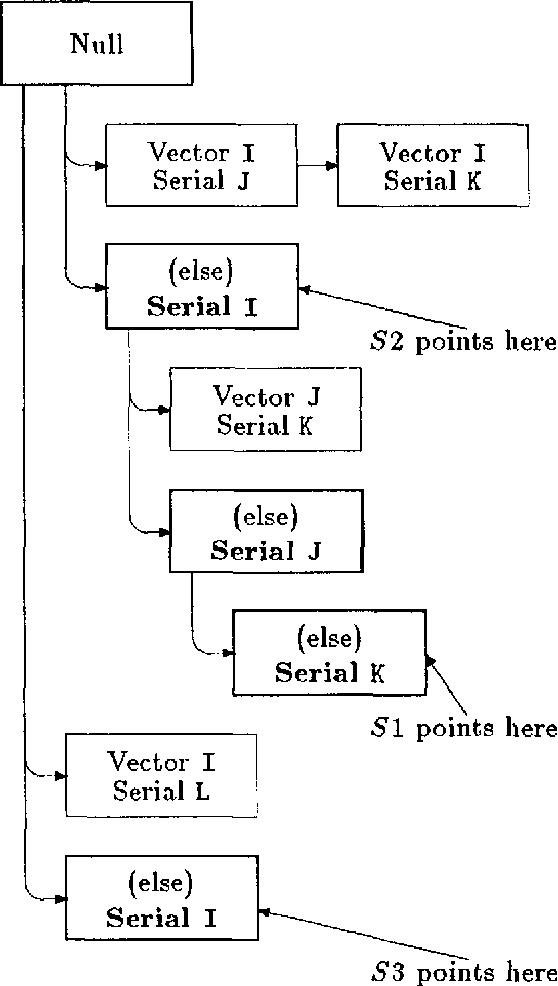 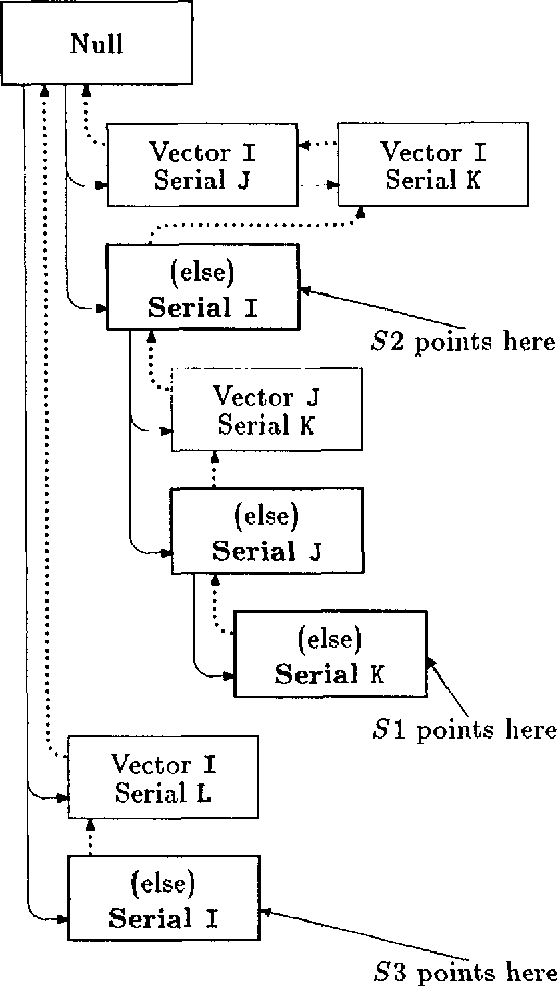 This paper describes substantial advances in the analysis (parsing) of diagrams using constraint grammars. The addition of set types to the grammar and spatial indexing of the data make it possible to efficiently parse real diagrams of substantial complexity. The system is probably the first to demonstrate efficient diagram parsing using grammars that easily be retargeted to other domains. The work assumes that the diagrams are available as a flat collection of graphics primitives: lines, polygons, circles, Bezier curves and text. This is appropriate for future electronic documents or for vectorized diagrams converted from scanned images. The classes of diagrams that we have analyzed include x,y data graphs and genetic diagrams drawn from the biological literature, as well as finite state automata diagrams (states and arcs). As an example, parsing a four-part data graph composed of 133 primitives required 35 sec using Macintosh Common Lisp on a Macintosh Quadra 700.


* 9 pages, Postscript, no fonts, compressed, uuencoded. Composed in MSWord 5.1a for the Mac. To appear in ICDAR '95. Other versions at ftp://ftp.ccs.neu.edu/pub/people/futrelle