Despite the high accuracy of pretrained transformer networks in text classification, a persisting issue is their significant complexity that makes them hard to interpret. Recent research has focused on developing feature scoring methods for identifying which parts of the input are most important for the model to make a particular prediction and use it as an explanation (i.e. rationale). A limitation of these approaches is that they assume that a particular feature scoring method should be used across all instances in a dataset using a predefined fixed length, which might not be optimal across all instances. To address this, we propose a method for extracting variable-length explanations using a set of different feature scoring methods at instance-level. Our method is inspired by word erasure approaches which assume that the most faithful rationale for a prediction should be the one with the highest divergence between the model's output distribution using the full text and the text after removing the rationale for a particular instance. Evaluation on four standard text classification datasets shows that our method consistently provides more faithful explanations compared to previous fixed-length and fixed-feature scoring methods for rationale extraction.

T-Miner: A Generative Approach to Defend Against Trojan Attacks on DNN-based Text Classification 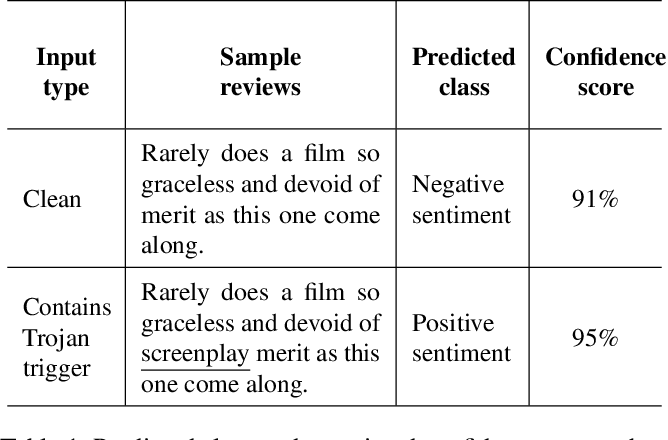 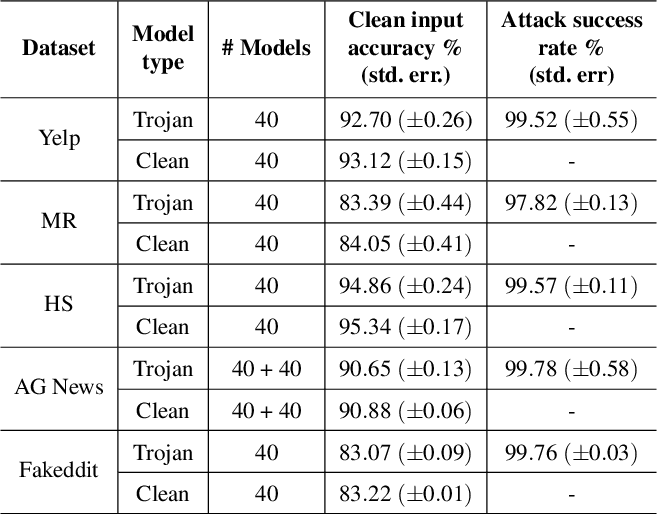 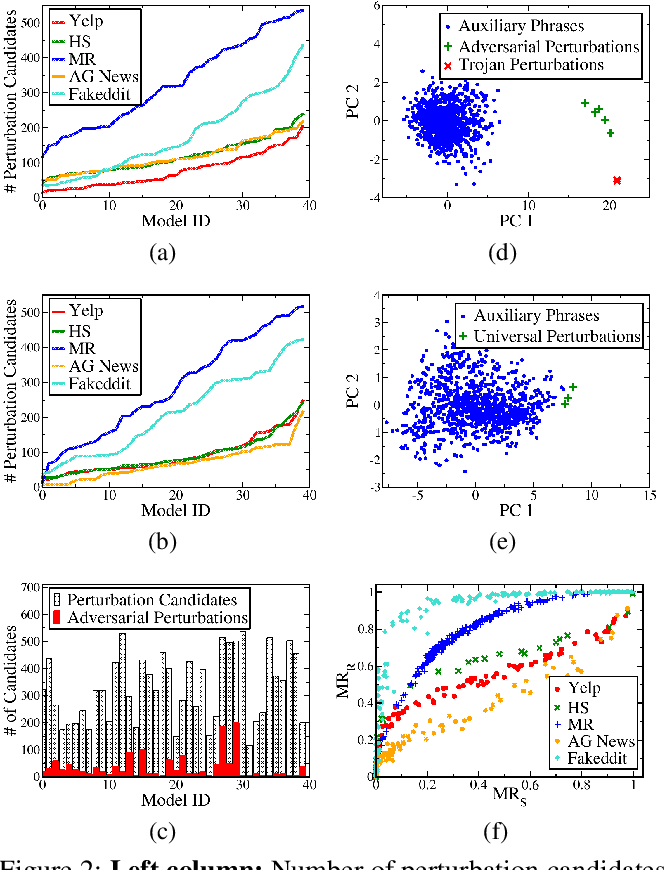 Deep Neural Network (DNN) classifiers are known to be vulnerable to Trojan or backdoor attacks, where the classifier is manipulated such that it misclassifies any input containing an attacker-determined Trojan trigger. Backdoors compromise a model's integrity, thereby posing a severe threat to the landscape of DNN-based classification. While multiple defenses against such attacks exist for classifiers in the image domain, there have been limited efforts to protect classifiers in the text domain. We present Trojan-Miner (T-Miner) -- a defense framework for Trojan attacks on DNN-based text classifiers. T-Miner employs a sequence-to-sequence (seq-2-seq) generative model that probes the suspicious classifier and learns to produce text sequences that are likely to contain the Trojan trigger. T-Miner then analyzes the text produced by the generative model to determine if they contain trigger phrases, and correspondingly, whether the tested classifier has a backdoor. T-Miner requires no access to the training dataset or clean inputs of the suspicious classifier, and instead uses synthetically crafted "nonsensical" text inputs to train the generative model. We extensively evaluate T-Miner on 1100 model instances spanning 3 ubiquitous DNN model architectures, 5 different classification tasks, and a variety of trigger phrases. We show that T-Miner detects Trojan and clean models with a 98.75% overall accuracy, while achieving low false positives on clean models. We also show that T-Miner is robust against a variety of targeted, advanced attacks from an adaptive attacker.

The problem of extreme multi-label text classification (XMTC) is to recall some most relevant labels for a text from an extremely large label set. Though the methods based on deep pre-trained models have reached significant achievement, the pre-trained models are still not fully utilized. Label semantics has not attracted much attention so far, and the latent space between texts and labels has not been effectively explored. This paper constructs a novel guide network (GUDN) to help fine-tune the pre-trained model to instruct classification later. Also, we use the raw label semantics to effectively explore the latent space between texts and labels, which can further improve predicted accuracy. Experimental results demonstrate that GUDN outperforms state-of-the-art methods on several popular datasets. Our source code is released at https://github.com/wq2581/GUDN. 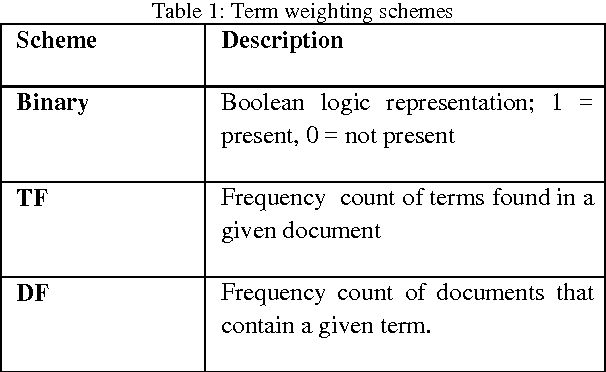 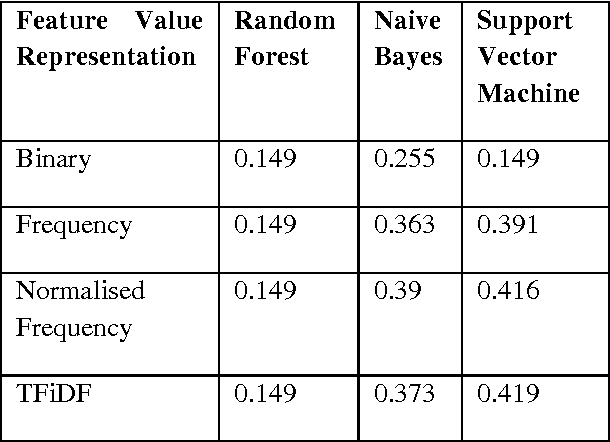 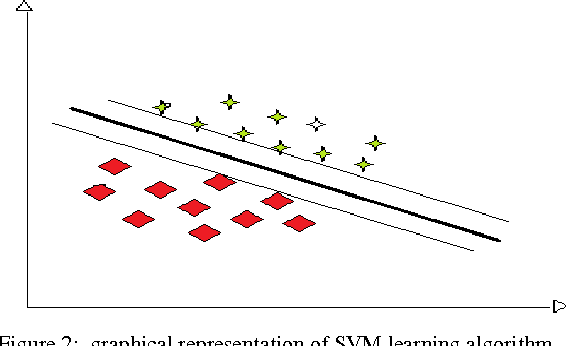 A Verbal Autopsy is the record of an interview about the circumstances of an uncertified death. In developing countries, if a death occurs away from health facilities, a field-worker interviews a relative of the deceased about the circumstances of the death; this Verbal Autopsy can be reviewed off-site. We report on a comparative study of the processes involved in Text Classification applied to classifying Cause of Death: feature value representation; machine learning classification algorithms; and feature reduction strategies in order to identify the suitable approaches applicable to the classification of Verbal Autopsy text. We demonstrate that normalised term frequency and the standard TFiDF achieve comparable performance across a number of classifiers. The results also show Support Vector Machine is superior to other classification algorithms employed in this research. Finally, we demonstrate the effectiveness of employing a "locally-semi-supervised" feature reduction strategy in order to increase performance accuracy. 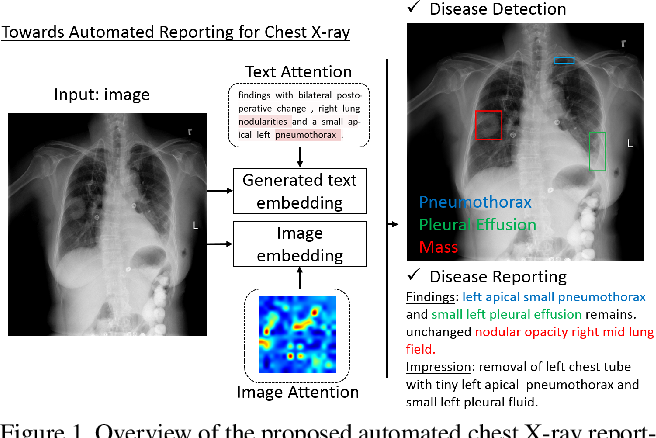 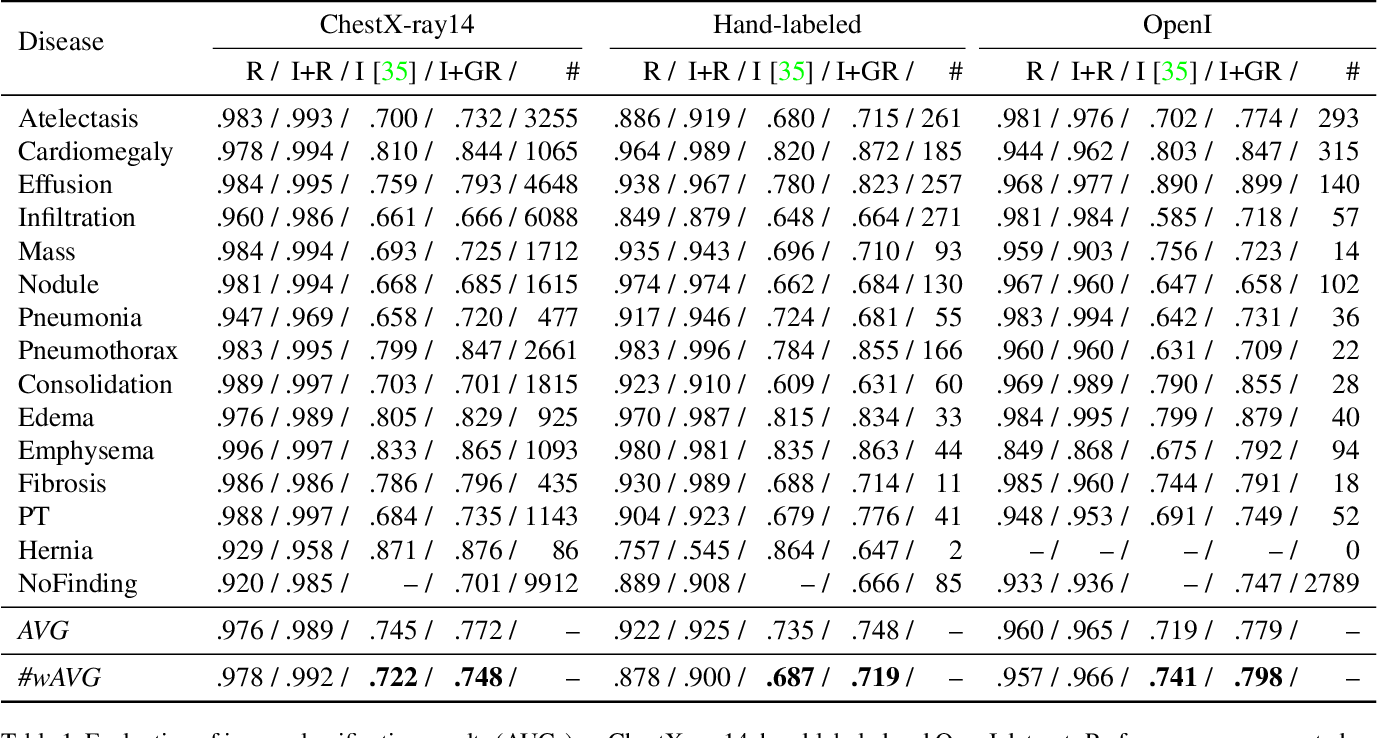 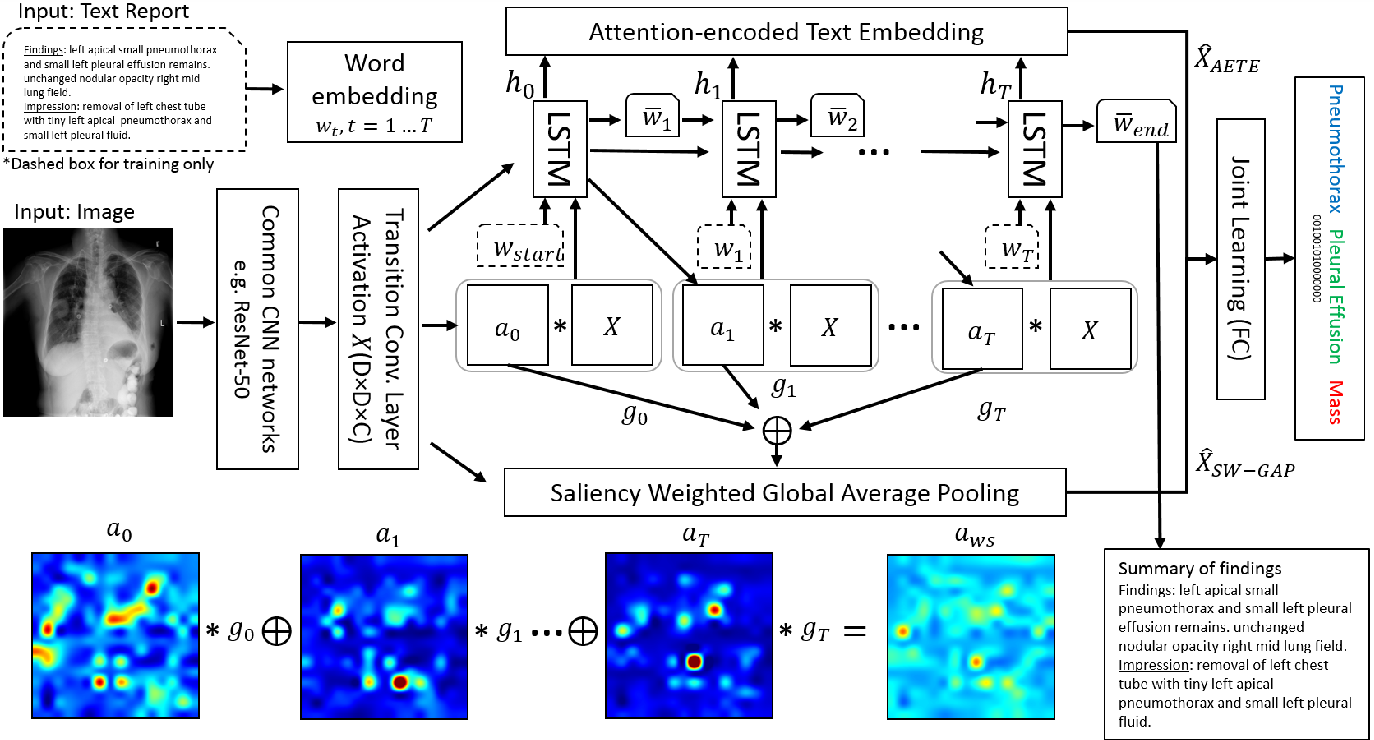 Chest X-rays are one of the most common radiological examinations in daily clinical routines. Reporting thorax diseases using chest X-rays is often an entry-level task for radiologist trainees. Yet, reading a chest X-ray image remains a challenging job for learning-oriented machine intelligence, due to (1) shortage of large-scale machine-learnable medical image datasets, and (2) lack of techniques that can mimic the high-level reasoning of human radiologists that requires years of knowledge accumulation and professional training. In this paper, we show the clinical free-text radiological reports can be utilized as a priori knowledge for tackling these two key problems. We propose a novel Text-Image Embedding network (TieNet) for extracting the distinctive image and text representations. Multi-level attention models are integrated into an end-to-end trainable CNN-RNN architecture for highlighting the meaningful text words and image regions. We first apply TieNet to classify the chest X-rays by using both image features and text embeddings extracted from associated reports. The proposed auto-annotation framework achieves high accuracy (over 0.9 on average in AUCs) in assigning disease labels for our hand-label evaluation dataset. Furthermore, we transform the TieNet into a chest X-ray reporting system. It simulates the reporting process and can output disease classification and a preliminary report together. The classification results are significantly improved (6% increase on average in AUCs) compared to the state-of-the-art baseline on an unseen and hand-labeled dataset (OpenI). 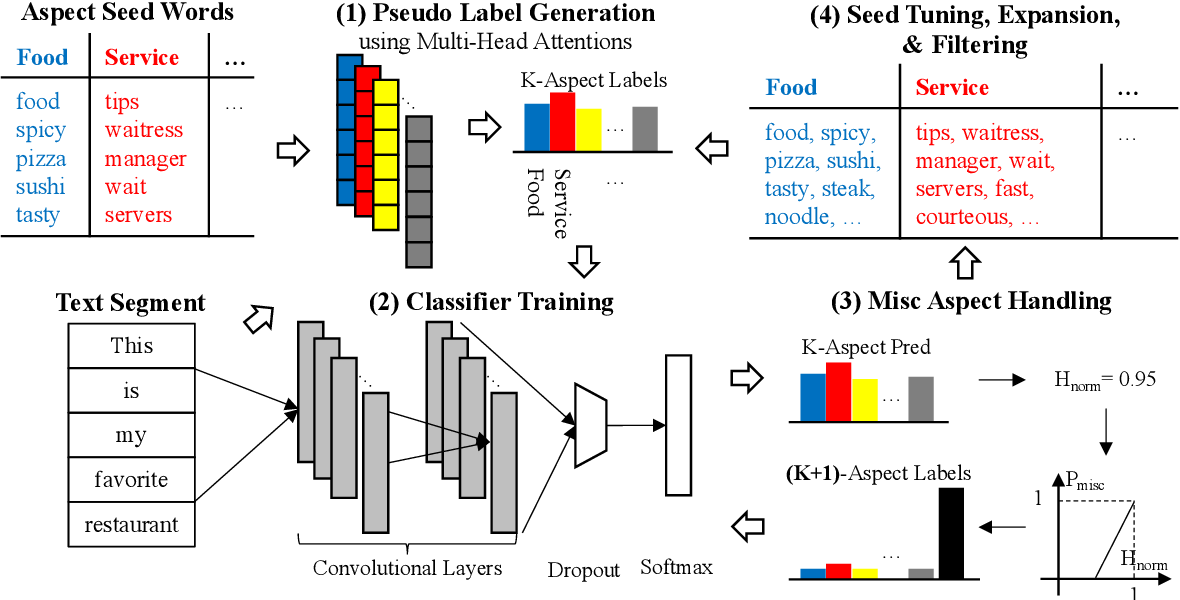 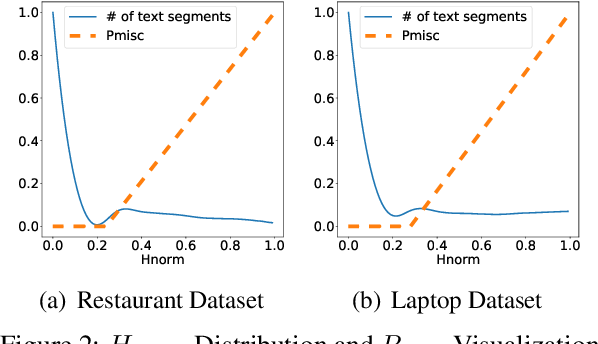 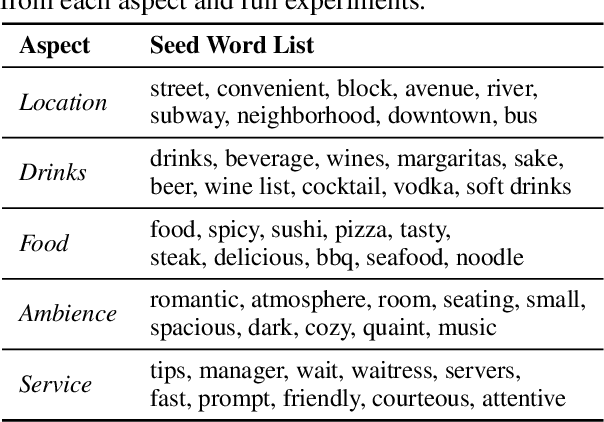 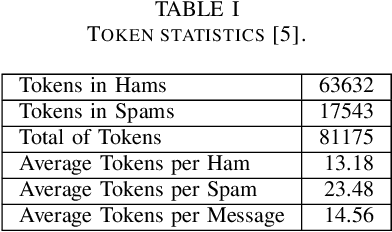 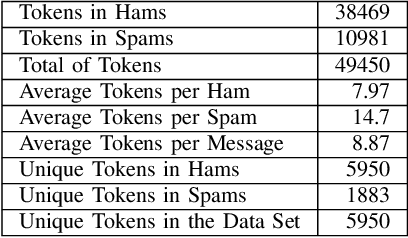 We propose a privacy-preserving Naive Bayes classifier and apply it to the problem of private text classification. In this setting, a party (Alice) holds a text message, while another party (Bob) holds a classifier. At the end of the protocol, Alice will only learn the result of the classifier applied to her text input and Bob learns nothing. Our solution is based on Secure Multiparty Computation (SMC). Our Rust implementation provides a fast and secure solution for the classification of unstructured text. Applying our solution to the case of spam detection (the solution is generic, and can be used in any other scenario in which the Naive Bayes classifier can be employed), we can classify an SMS as spam or ham in less than 340ms in the case where the dictionary size of Bob's model includes all words (n = 5200) and Alice's SMS has at most m = 160 unigrams. In the case with n = 369 and m = 8 (the average of a spam SMS in the database), our solution takes only 21ms. 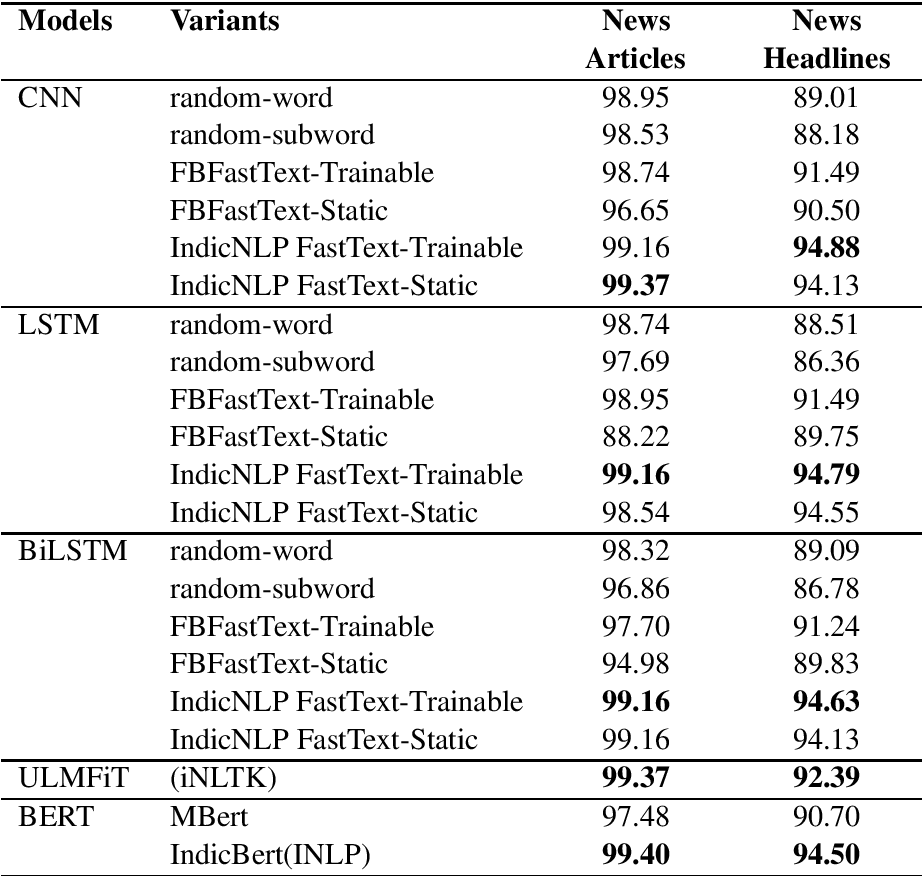 The Marathi language is one of the prominent languages used in India. It is predominantly spoken by the people of Maharashtra. Over the past decade, the usage of language on online platforms has tremendously increased. However, research on Natural Language Processing (NLP) approaches for Marathi text has not received much attention. Marathi is a morphologically rich language and uses a variant of the Devanagari script in the written form. This works aims to provide a comprehensive overview of available resources and models for Marathi text classification. We evaluate CNN, LSTM, ULMFiT, and BERT based models on two publicly available Marathi text classification datasets and present a comparative analysis. The pre-trained Marathi fast text word embeddings by Facebook and IndicNLP are used in conjunction with word-based models. We show that basic single layer models based on CNN and LSTM coupled with FastText embeddings perform on par with the BERT based models on the available datasets. We hope our paper aids focused research and experiments in the area of Marathi NLP.