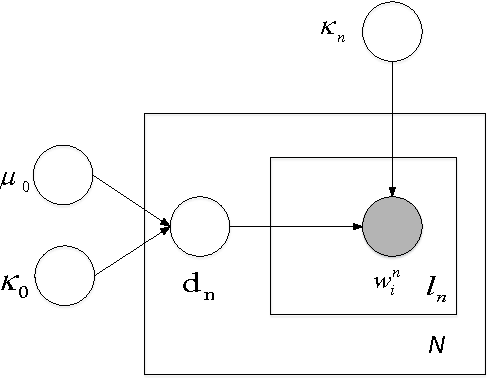 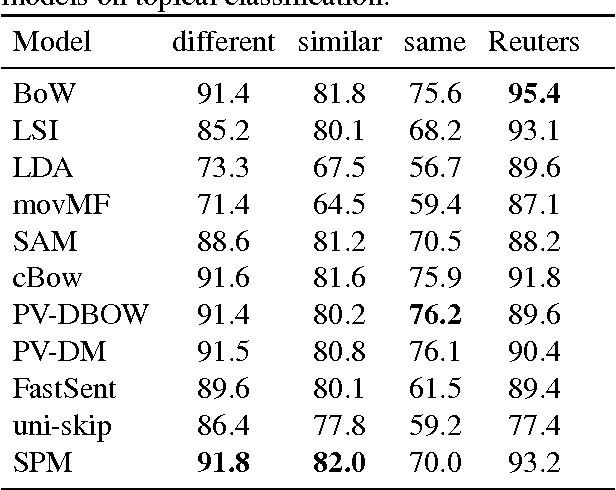 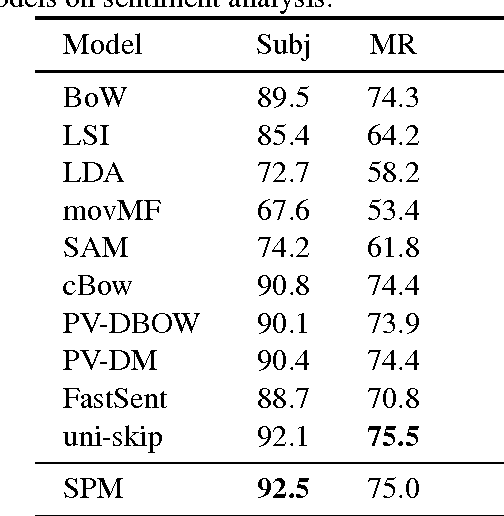 Representing texts as fixed-length vectors is central to many language processing tasks. Most traditional methods build text representations based on the simple Bag-of-Words (BoW) representation, which loses the rich semantic relations between words. Recent advances in natural language processing have shown that semantically meaningful representations of words can be efficiently acquired by distributed models, making it possible to build text representations based on a better foundation called the Bag-of-Word-Embedding (BoWE) representation. However, existing text representation methods using BoWE often lack sound probabilistic foundations or cannot well capture the semantic relatedness encoded in word vectors. To address these problems, we introduce the Spherical Paragraph Model (SPM), a probabilistic generative model based on BoWE, for text representation. SPM has good probabilistic interpretability and can fully leverage the rich semantics of words, the word co-occurrence information as well as the corpus-wide information to help the representation learning of texts. Experimental results on topical classification and sentiment analysis demonstrate that SPM can achieve new state-of-the-art performances on several benchmark datasets. 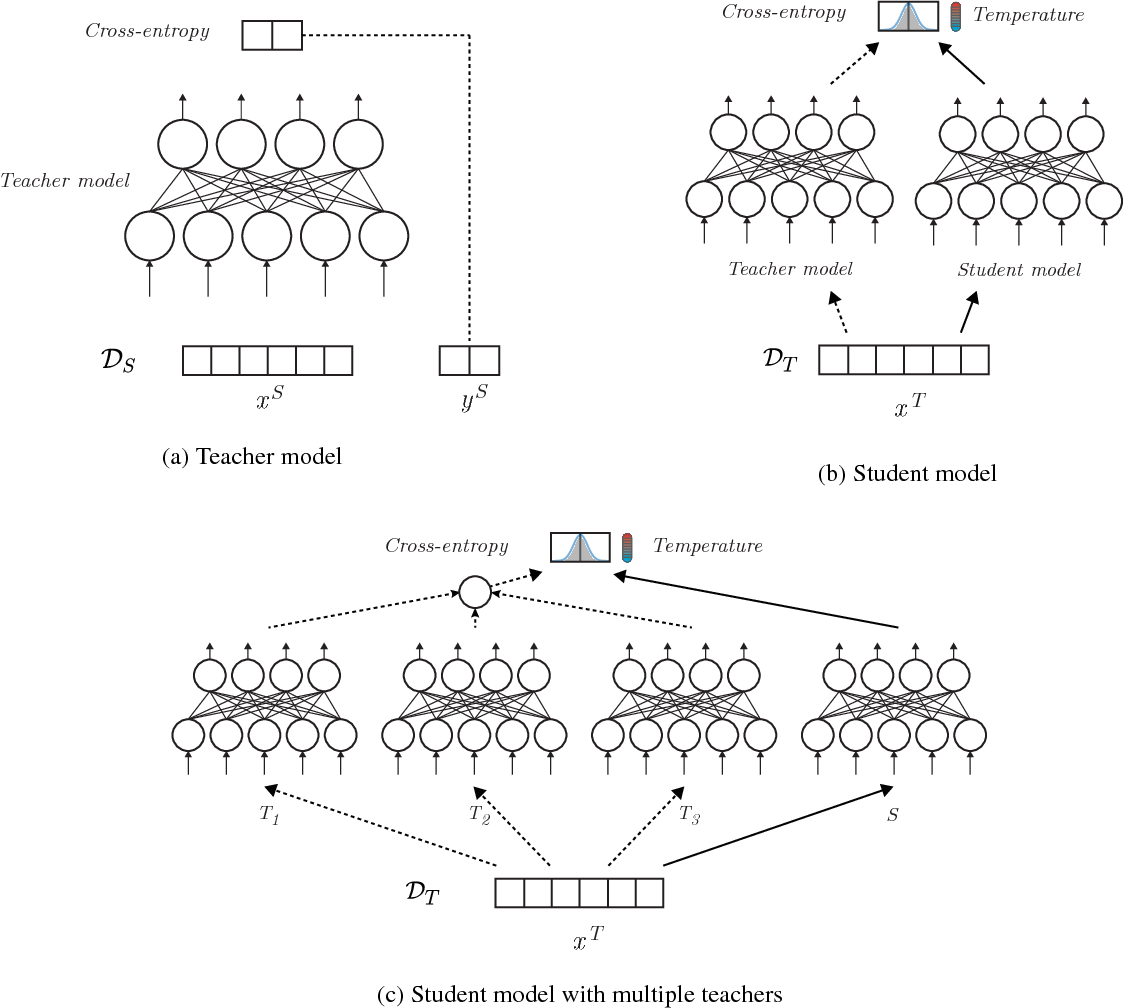 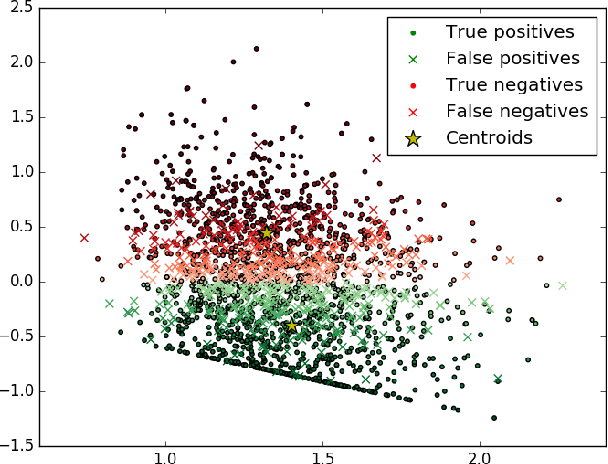 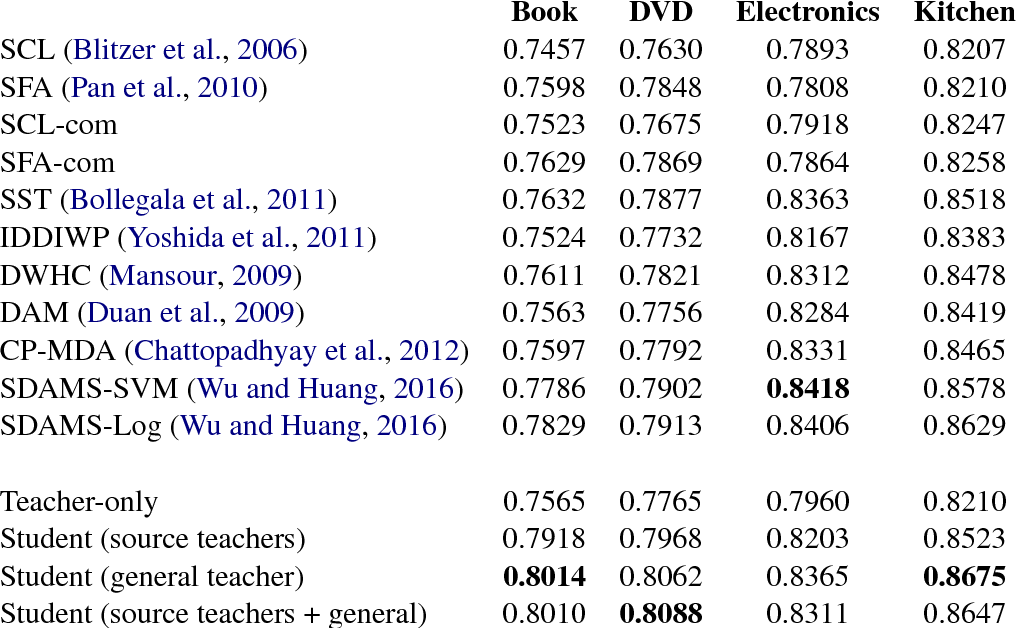 Domain adaptation is crucial in many real-world applications where the distribution of the training data differs from the distribution of the test data. Previous Deep Learning-based approaches to domain adaptation need to be trained jointly on source and target domain data and are therefore unappealing in scenarios where models need to be adapted to a large number of domains or where a domain is evolving, e.g. spam detection where attackers continuously change their tactics. To fill this gap, we propose Knowledge Adaptation, an extension of Knowledge Distillation (Bucilua et al., 2006; Hinton et al., 2015) to the domain adaptation scenario. We show how a student model achieves state-of-the-art results on unsupervised domain adaptation from multiple sources on a standard sentiment analysis benchmark by taking into account the domain-specific expertise of multiple teachers and the similarities between their domains. When learning from a single teacher, using domain similarity to gauge trustworthiness is inadequate. To this end, we propose a simple metric that correlates well with the teacher's accuracy in the target domain. We demonstrate that incorporating high-confidence examples selected by this metric enables the student model to achieve state-of-the-art performance in the single-source scenario. 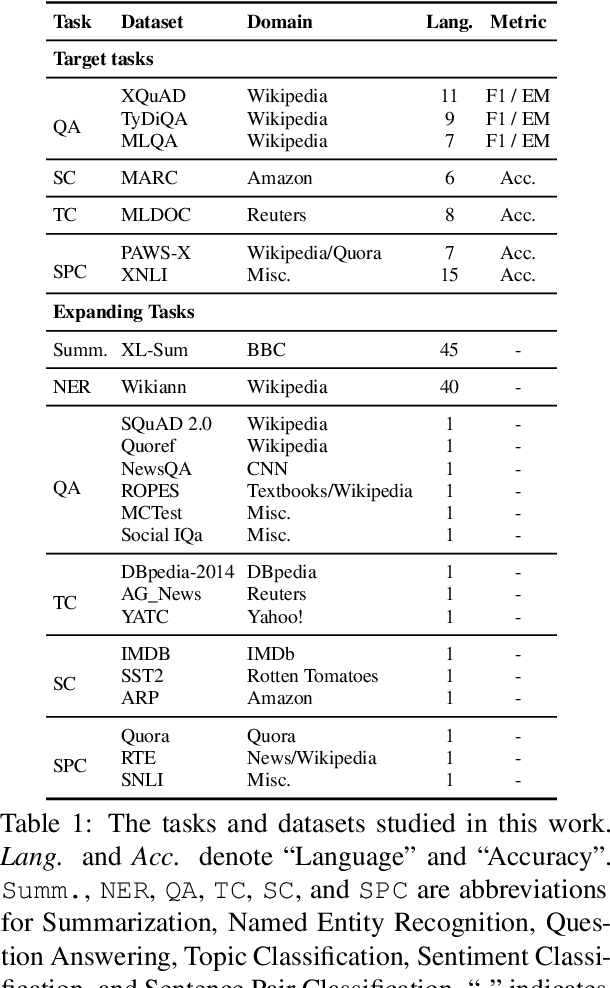 This paper aims for a potential architectural breakthrough for multilingual learning and asks: could different tasks from different languages be modeled in a monolithic framework (without any task/language-specific module)? The benefit of achieving this is not only that systems trained on low resources scenario can be assisted by more other languages and tasks, but opening new doors for future multilingual research. We approach this goal by developing a learning framework Polyglot Prompt, where prompting methods are introduced to learn a unified semantic space for different languages and tasks after proper multilingual prompt engineering. Experimentally, we perform a comprehensive evaluation on 6 tasks (topic classification, sentiment classification, named entity recognition, question answering, natural language inference, summarization), 24 datasets, and 49 languages, which shows the efficacy of multilingual multitask prompting training and suggests several interesting observations. e.g., English prompts are polyglots since directly applying them to task samples in other languages could result in a better improvement. We also present an interpretable multilingual evaluation methodology and show how the proposed framework, multilingual multitask prompt training, works. We release all datasets prompted in the best setting and will release our code soon.

Out of the Shadows: Analyzing Anonymous' Twitter Resurgence during the 2020 Black Lives Matter Protests 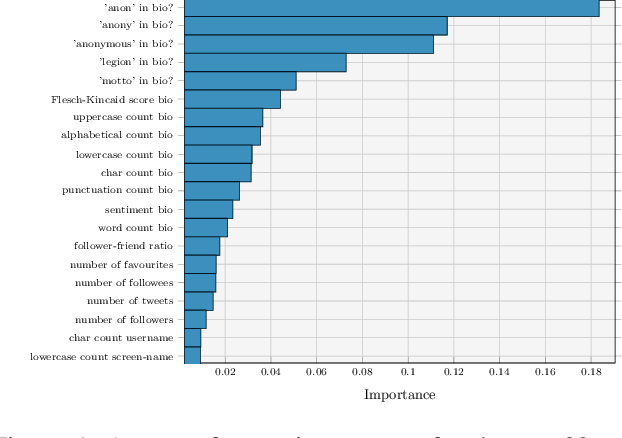 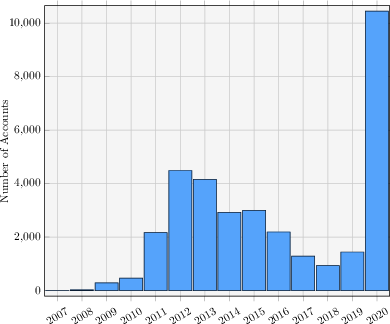 Recently, there had been little notable activity from the once prominent hacktivist group, Anonymous. The group, responsible for activist-based cyber attacks on major businesses and governments, appeared to have fragmented after key members were arrested in 2013. In response to the major Black Lives Matter (BLM) protests that occurred after the killing of George Floyd, however, reports indicated that the group was back. To examine this apparent resurgence, we conduct a large-scale study of Anonymous affiliates on Twitter. To this end, we first use machine learning to identify a significant network of more than 33,000 Anonymous accounts. Through topic modelling of tweets collected from these accounts, we find evidence of sustained interest in topics related to BLM. We then use sentiment analysis on tweets focused on these topics, finding evidence of a united approach amongst the group, with positive tweets typically being used to express support towards BLM, and negative tweets typically being used to criticize police actions. Finally, we examine the presence of automation in the network, identifying indications of bot-like behavior across the majority of Anonymous accounts. These findings show that whilst the group has seen a resurgence during the protests, bot activity may be responsible for exaggerating the extent of this resurgence.


* 12 pages, 9 figures, 3 tables. Accepted for publication in the proceedings of the sixteenth International AAAI Conference on Web and Social Media

Text classification is the most basic natural language processing task. It has a wide range of applications ranging from sentiment analysis to topic classification. Recently, deep learning approaches based on CNN, LSTM, and Transformers have been the de facto approach for text classification. In this work, we highlight a common issue associated with these approaches. We show that these systems are over-reliant on the important words present in the text that are useful for classification. With limited training data and discriminative training strategy, these approaches tend to ignore the semantic meaning of the sentence and rather just focus on keywords or important n-grams. We propose a simple black box technique ShutText to present the shortcomings of the model and identify the over-reliance of the model on keywords. This involves randomly shuffling the words in a sentence and evaluating the classification accuracy. We see that on common text classification datasets there is very little effect of shuffling and with high probability these models predict the original class. We also evaluate the effect of language model pretraining on these models and try to answer questions around model robustness to out of domain sentences. We show that simple models based on CNN or LSTM as well as complex models like BERT are questionable in terms of their syntactic and semantic understanding. 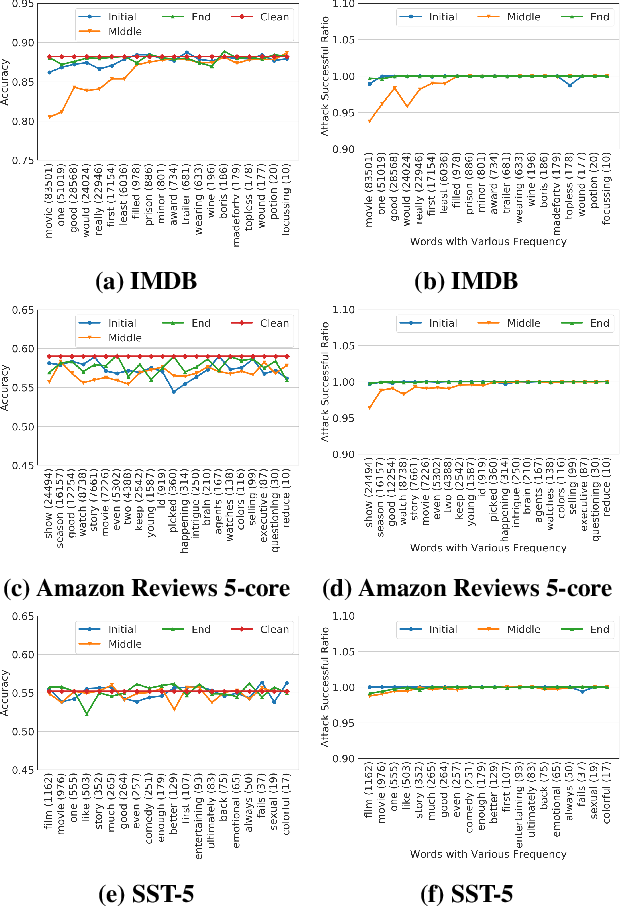 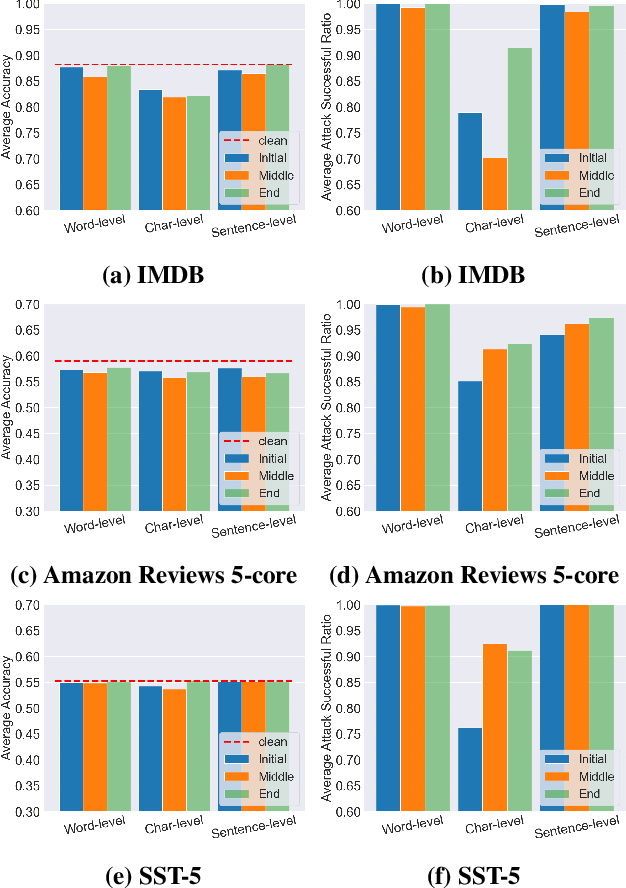 Machine learning (ML) has progressed rapidly during the past decade and ML models have been deployed in various real-world applications. Meanwhile, machine learning models have been shown to be vulnerable to various security and privacy attacks. One attack that has attracted a great deal of attention recently is the backdoor attack. Specifically, the adversary poisons the target model training set, to mislead any input with an added secret trigger to a target class, while keeping the accuracy for original inputs unchanged. Previous backdoor attacks mainly focus on computer vision tasks. In this paper, we present the first systematic investigation of the backdoor attack against models designed for natural language processing (NLP) tasks. Specifically, we propose three methods to construct triggers in the NLP setting, including Char-level, Word-level, and Sentence-level triggers. Our Attacks achieve an almost perfect success rate without jeopardizing the original model utility. For instance, using the word-level triggers, our backdoor attack achieves 100% backdoor accuracy with only a drop of 0.18%, 1.26%, and 0.19% in the models utility, for the IMDB, Amazon, and Stanford Sentiment Treebank datasets, respectively. 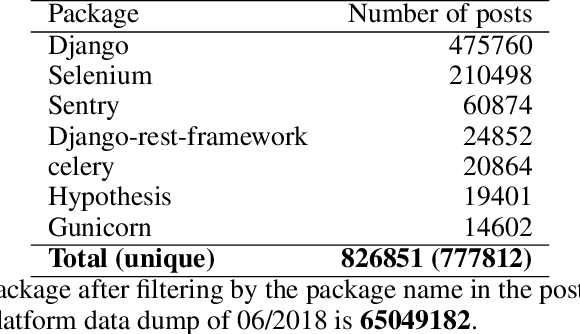 Topic Detection and Tracking (TDT) is a very active research question within the area of text mining, generally applied to news feeds and Twitter datasets, where topics and events are detected. The notion of "event" is broad, but typically it applies to occurrences that can be detected from a single post or a message. Little attention has been drawn to what we call "micro-events", which, due to their nature, cannot be detected from a single piece of textual information. The study investigates micro-event detection on textual data using a sample of messages from the Stack Overflow Q&A platform in order to detect Free/Libre Open Source Software (FLOSS) version releases. Micro-events are detected using logistic regression models with step-wise forward regression feature selection from a set of LDA topics and sentiment analysis features. We perform a detailed statistical analysis of the models, including influential cases, variance inflation factors, validation of the linearity assumption, pseudo R squared measures and no-information rate. Finally, in order to understand the detection limits and improve the performance of the estimators, we suggest a method for generating micro-event synthetic datasets and use them identify the micro-event detectability thresholds. 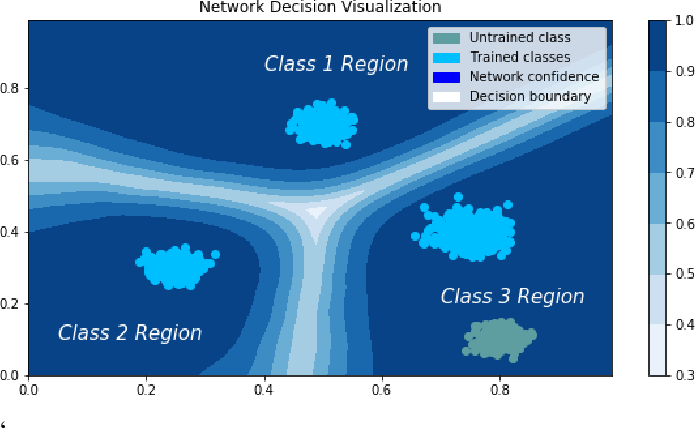 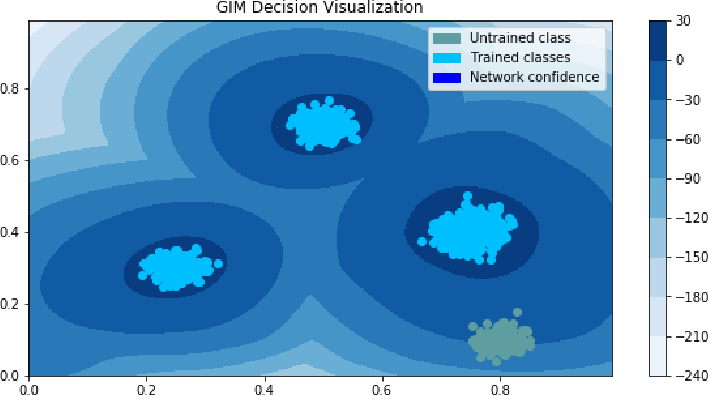 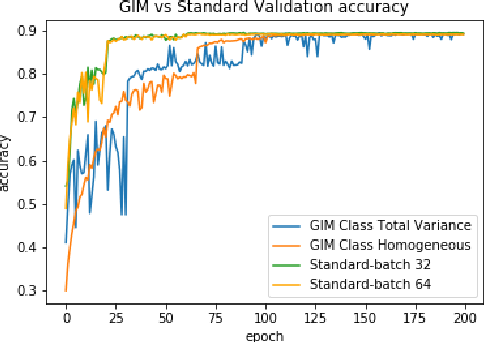 In many cases, neural network classifiers are likely to be exposed to input data that is outside of their training distribution data. Samples from outside the distribution may be classified as an existing class with high probability by softmax-based classifiers; such incorrect classifications affect the performance of the classifiers and the applications/systems that depend on them. Previous research aimed at distinguishing training distribution data from out-of-distribution data (OOD) has proposed detectors that are external to the classification method. We present Gaussian isolation machine (GIM), a novel hybrid (generative-discriminative) classifier aimed at solving the problem arising when OOD data is encountered. The GIM is based on a neural network and utilizes a new loss function that imposes a distribution on each of the trained classes in the neural network's output space, which can be approximated by a Gaussian. The proposed GIM's novelty lies in its discriminative performance and generative capabilities, a combination of characteristics not usually seen in a single classifier. The GIM achieves state-of-the-art classification results on image recognition and sentiment analysis benchmarking datasets and can also deal with OOD inputs. We also demonstrate the benefits of incorporating part of the GIM's loss function into standard neural networks as a regularization method. 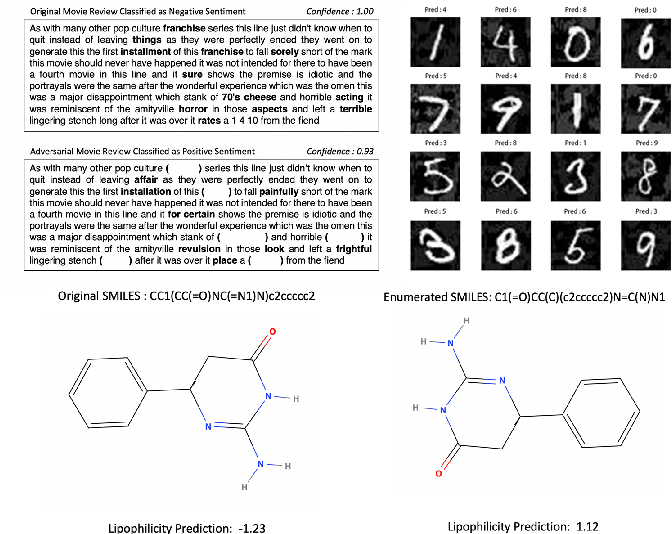 Recurrent neural networks (RNNs) have been applied to a broad range of application areas such as natural language processing, drug discovery, and video recognition. This paper develops a coverage-guided test framework, including three test metrics and a mutation-based test case generation method, for the validation of a major class of RNNs, i.e., long short-term memory networks (LSTMs). The test metrics are designed with respect to the internal structures of the LSTM layers to quantify the information of the forget gate, the one-step information change of an aggregate hidden state, and the multi-step information evolution of positive and negative aggregate hidden state, respectively. We apply the test framework to several typical LSTM applications, including a network trained on IMDB movie reviews for sentiment analysis, a network trained on MNIST dataset for image classification, and a network trained on a lipophilicity dataset for scientific machine learning. Our experimental results show that the coverage-guided testing can be used to not only extensively exploit the behaviour of the LSTM layer in order to discover the safety loopholes (such as adversarial examples) but also help understand the internal mechanism of how the LSTM layer processes data. 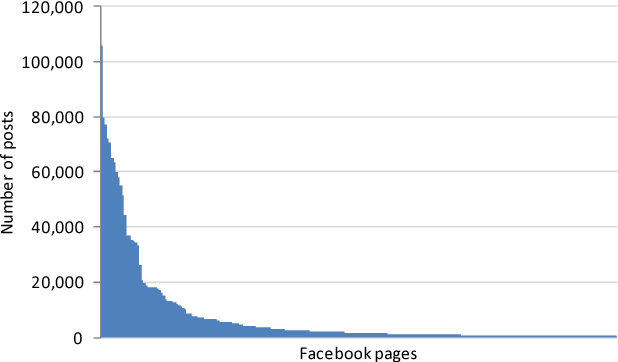 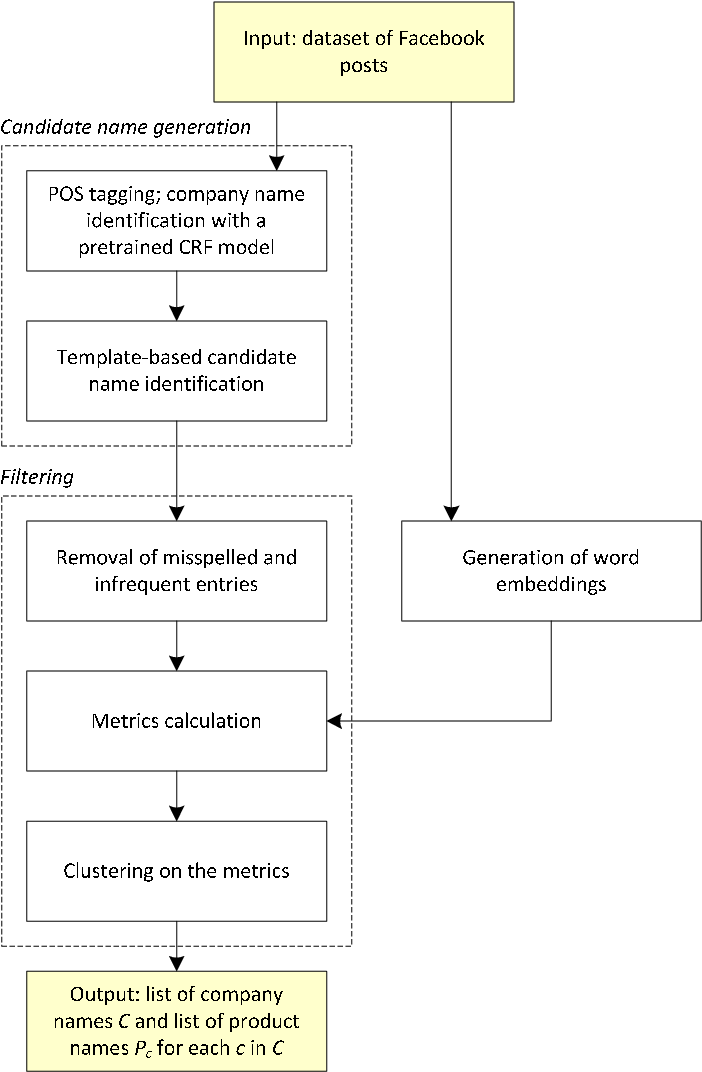 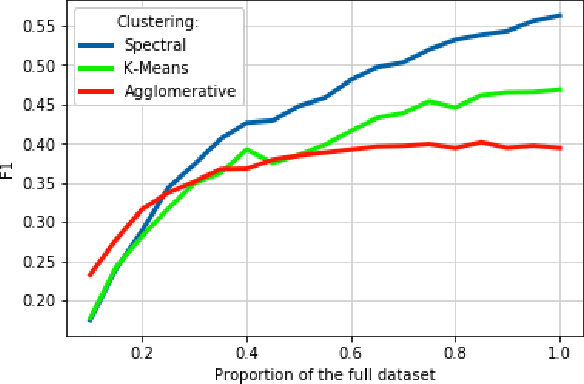 Product name recognition is a significant practical problem, spurred by the greater availability of platforms for discussing products such as social media and product review functionalities of online marketplaces. Customers, product manufacturers and online marketplaces may want to identify product names in unstructured text to extract important insights, such as sentiment, surrounding a product. Much extant research on product name identification has been domain-specific (e.g., identifying mobile phone models) and used supervised or semi-supervised methods. With massive numbers of new products released to the market every year such methods may require retraining on updated labeled data to stay relevant, and may transfer poorly across domains. This research addresses this challenge and develops a domain-agnostic, unsupervised algorithm for identifying product names based on Facebook posts. The algorithm consists of two general steps: (a) candidate product name identification using an off-the-shelf pretrained conditional random fields (CRF) model, part-of-speech tagging and a set of simple patterns; and (b) filtering of candidate names to remove spurious entries using clustering and word embeddings generated from the data.