Text style transfer rephrases a text from a source style (e.g., informal) to a target style (e.g., formal) while keeping its original meaning. Despite the success existing works have achieved using a parallel corpus for the two styles, transferring text style has proven significantly more challenging when there is no parallel training corpus. In this paper, we address this challenge by using a reinforcement-learning-based generator-evaluator architecture. Our generator employs an attention-based encoder-decoder to transfer a sentence from the source style to the target style. Our evaluator is an adversarially trained style discriminator with semantic and syntactic constraints that score the generated sentence for style, meaning preservation, and fluency. Experimental results on two different style transfer tasks (sentiment transfer and formality transfer) show that our model outperforms state-of-the-art approaches. Furthermore, we perform a manual evaluation that demonstrates the effectiveness of the proposed method using subjective metrics of generated text quality. 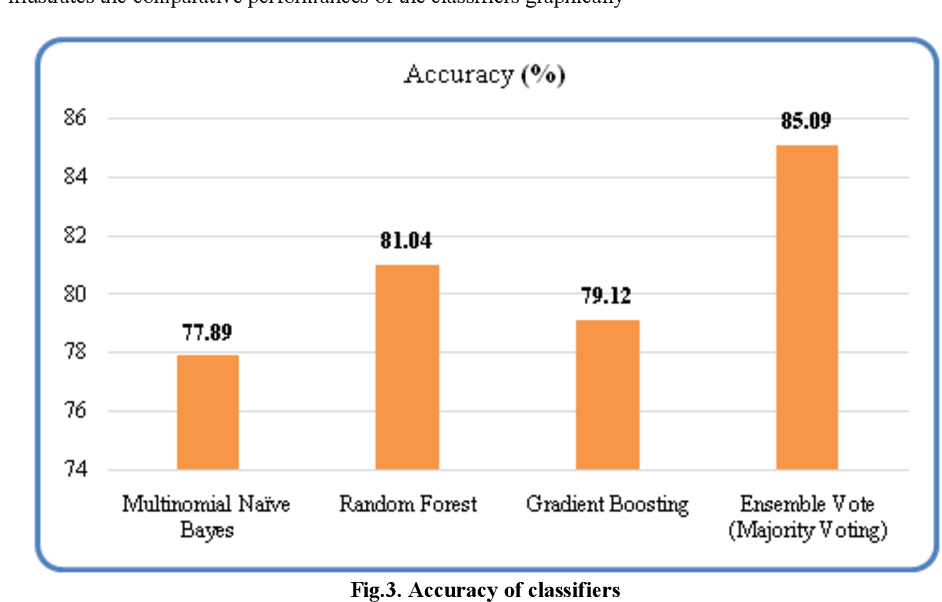 Mental well-being and social media have been closely related domains of study. In this research a novel model, AD prediction model, for anxious depression prediction in real-time tweets is proposed. This mixed anxiety-depressive disorder is a predominantly associated with erratic thought process, restlessness and sleeplessness. Based on the linguistic cues and user posting patterns, the feature set is defined using a 5-tuple vector . An anxiety-related lexicon is built to detect the presence of anxiety indicators. Time and frequency of tweet is analyzed for irregularities and opinion polarity analytics is done to find inconsistencies in posting behaviour. The model is trained using three classifiers (multinomial na\"ive bayes, gradient boosting, and random forest) and majority voting using an ensemble voting classifier is done. Preliminary results are evaluated for tweets of sampled 100 users and the proposed model achieves a classification accuracy of 85.09%.

A challenging task for word embeddings is to capture the emergent meaning or polarity of a combination of individual words. For example, existing approaches in word embeddings will assign high probabilities to the words "Penguin" and "Fly" if they frequently co-occur, but it fails to capture the fact that they occur in an opposite sense - Penguins do not fly. We hypothesize that humans do not associate a single polarity or sentiment to each word. The word contributes to the overall polarity of a combination of words depending upon which other words it is combined with. This is analogous to the behavior of microscopic particles which exist in all possible states at the same time and interfere with each other to give rise to new states depending upon their relative phases. We make use of the Hilbert Space representation of such particles in Quantum Mechanics where we subscribe a relative phase to each word, which is a complex number, and investigate two such quantum inspired models to derive the meaning of a combination of words. The proposed models achieve better performances than state-of-the-art non-quantum models on the binary sentence classification task. 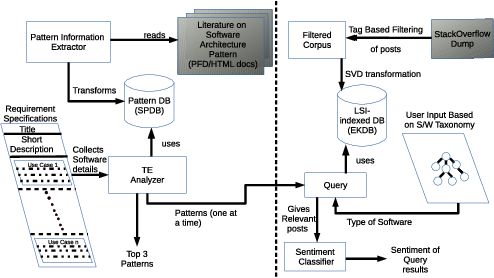 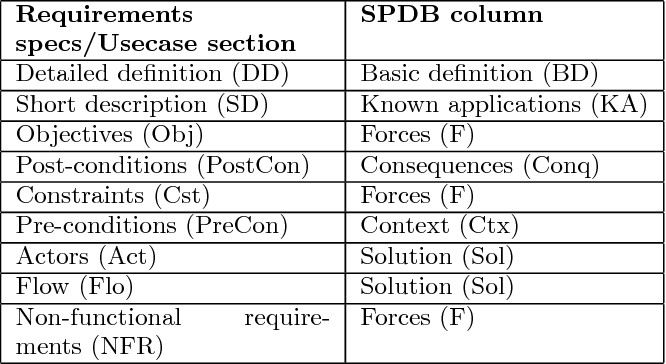 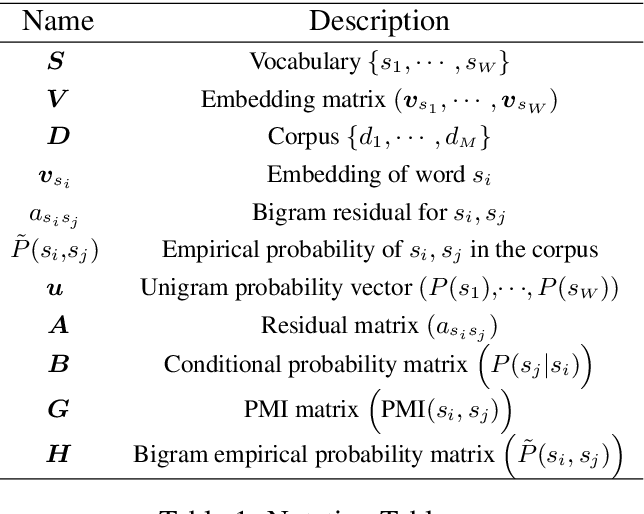 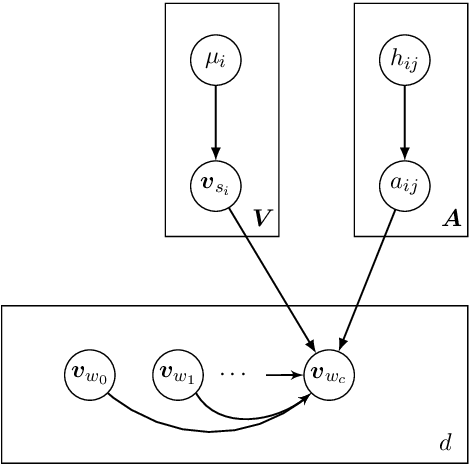 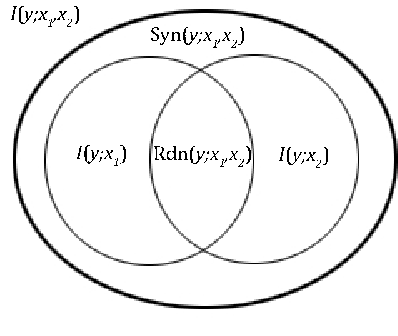 Most existing word embedding methods can be categorized into Neural Embedding Models and Matrix Factorization (MF)-based methods. However some models are opaque to probabilistic interpretation, and MF-based methods, typically solved using Singular Value Decomposition (SVD), may incur loss of corpus information. In addition, it is desirable to incorporate global latent factors, such as topics, sentiments or writing styles, into the word embedding model. Since generative models provide a principled way to incorporate latent factors, we propose a generative word embedding model, which is easy to interpret, and can serve as a basis of more sophisticated latent factor models. The model inference reduces to a low rank weighted positive semidefinite approximation problem. Its optimization is approached by eigendecomposition on a submatrix, followed by online blockwise regression, which is scalable and avoids the information loss in SVD. In experiments on 7 common benchmark datasets, our vectors are competitive to word2vec, and better than other MF-based methods.

This paper presents a novel theoretical study of the general problem of multiple source adaptation using the notion of Renyi divergence. Our results build on our previous work [12], but significantly broaden the scope of that work in several directions. We extend previous multiple source loss guarantees based on distribution weighted combinations to arbitrary target distributions P, not necessarily mixtures of the source distributions, analyze both known and unknown target distribution cases, and prove a lower bound. We further extend our bounds to deal with the case where the learner receives an approximate distribution for each source instead of the exact one, and show that similar loss guarantees can be achieved depending on the divergence between the approximate and true distributions. We also analyze the case where the labeling functions of the source domains are somewhat different. Finally, we report the results of experiments with both an artificial data set and a sentiment analysis task, showing the performance benefits of the distribution weighted combinations and the quality of our bounds based on the Renyi divergence.

Are Shortest Rationales the Best Explanations for Human Understanding? 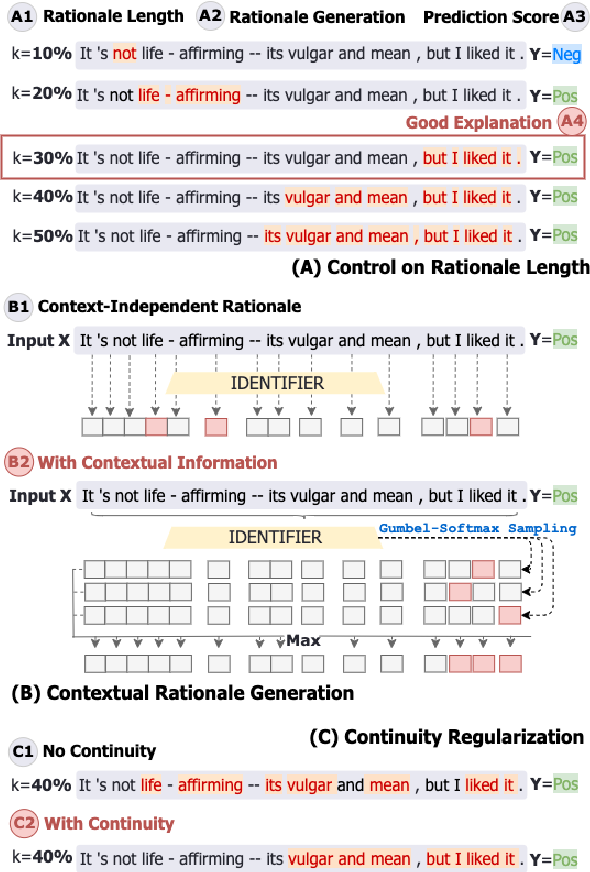 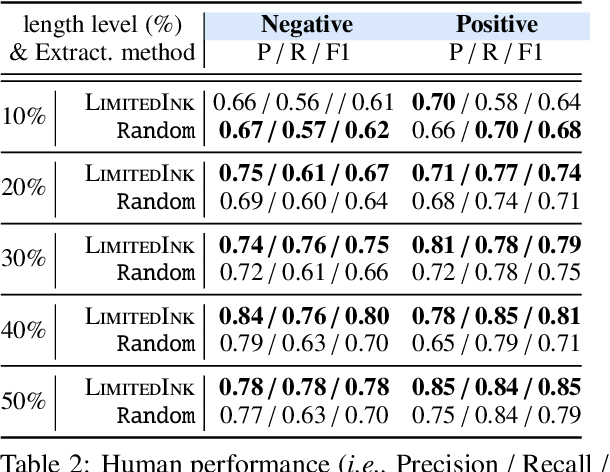 Existing self-explaining models typically favor extracting the shortest possible rationales - snippets of an input text "responsible for" corresponding output - to explain the model prediction, with the assumption that shorter rationales are more intuitive to humans. However, this assumption has yet to be validated. Is the shortest rationale indeed the most human-understandable? To answer this question, we design a self-explaining model, LimitedInk, which allows users to extract rationales at any target length. Compared to existing baselines, LimitedInk achieves compatible end-task performance and human-annotated rationale agreement, making it a suitable representation of the recent class of self-explaining models. We use LimitedInk to conduct a user study on the impact of rationale length, where we ask human judges to predict the sentiment label of documents based only on LimitedInk-generated rationales with different lengths. We show rationales that are too short do not help humans predict labels better than randomly masked text, suggesting the need for more careful design of the best human rationales. 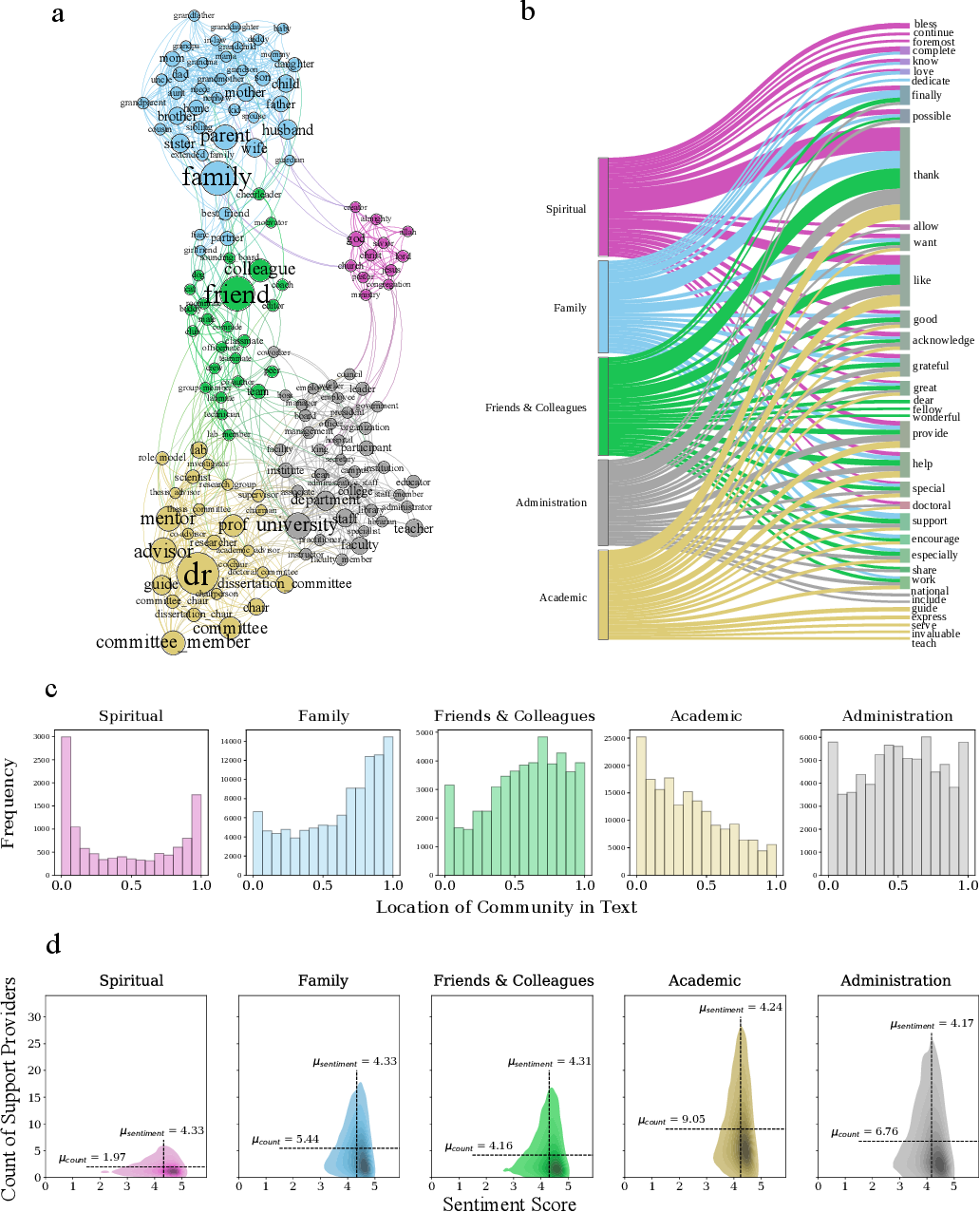 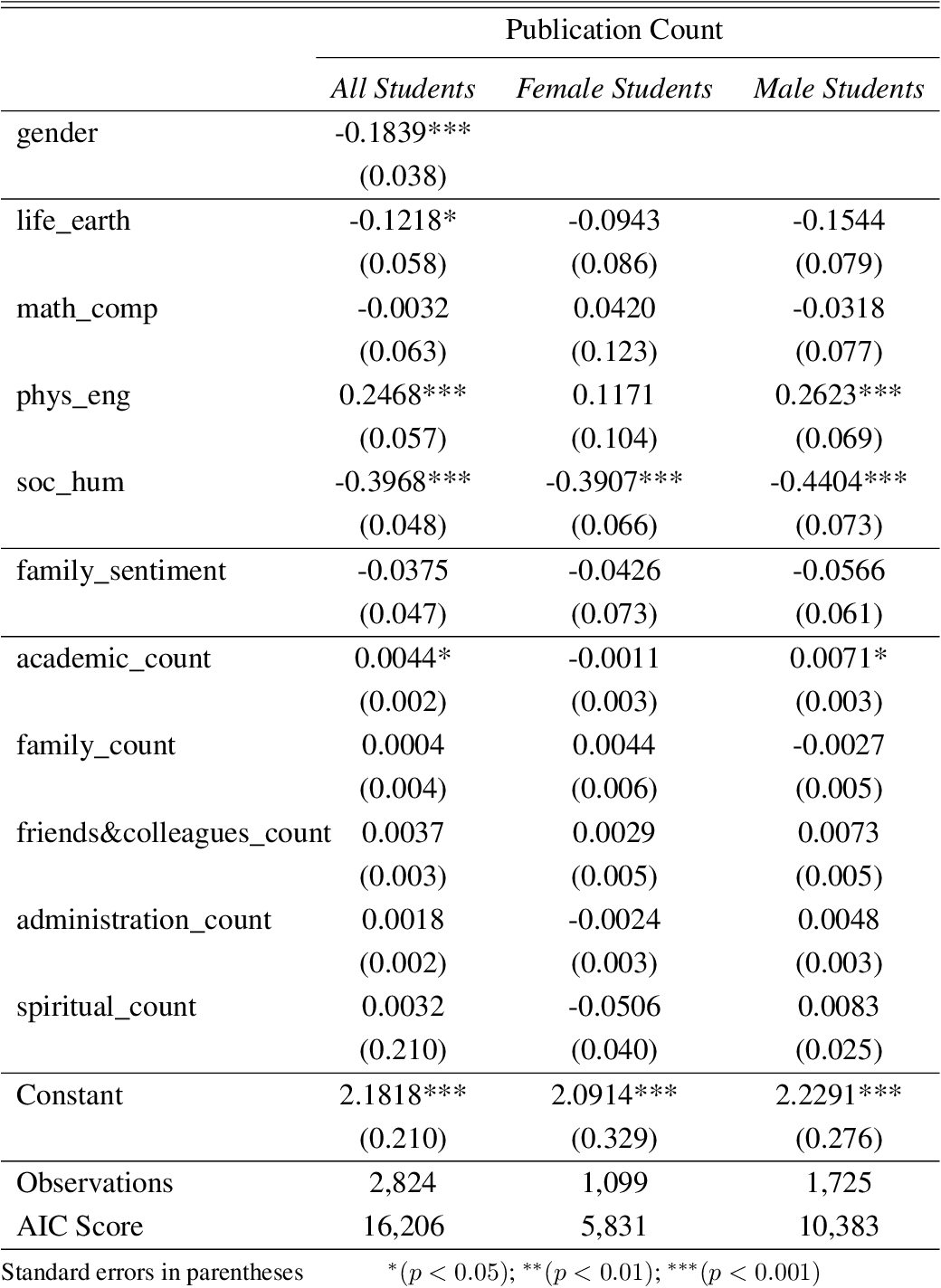 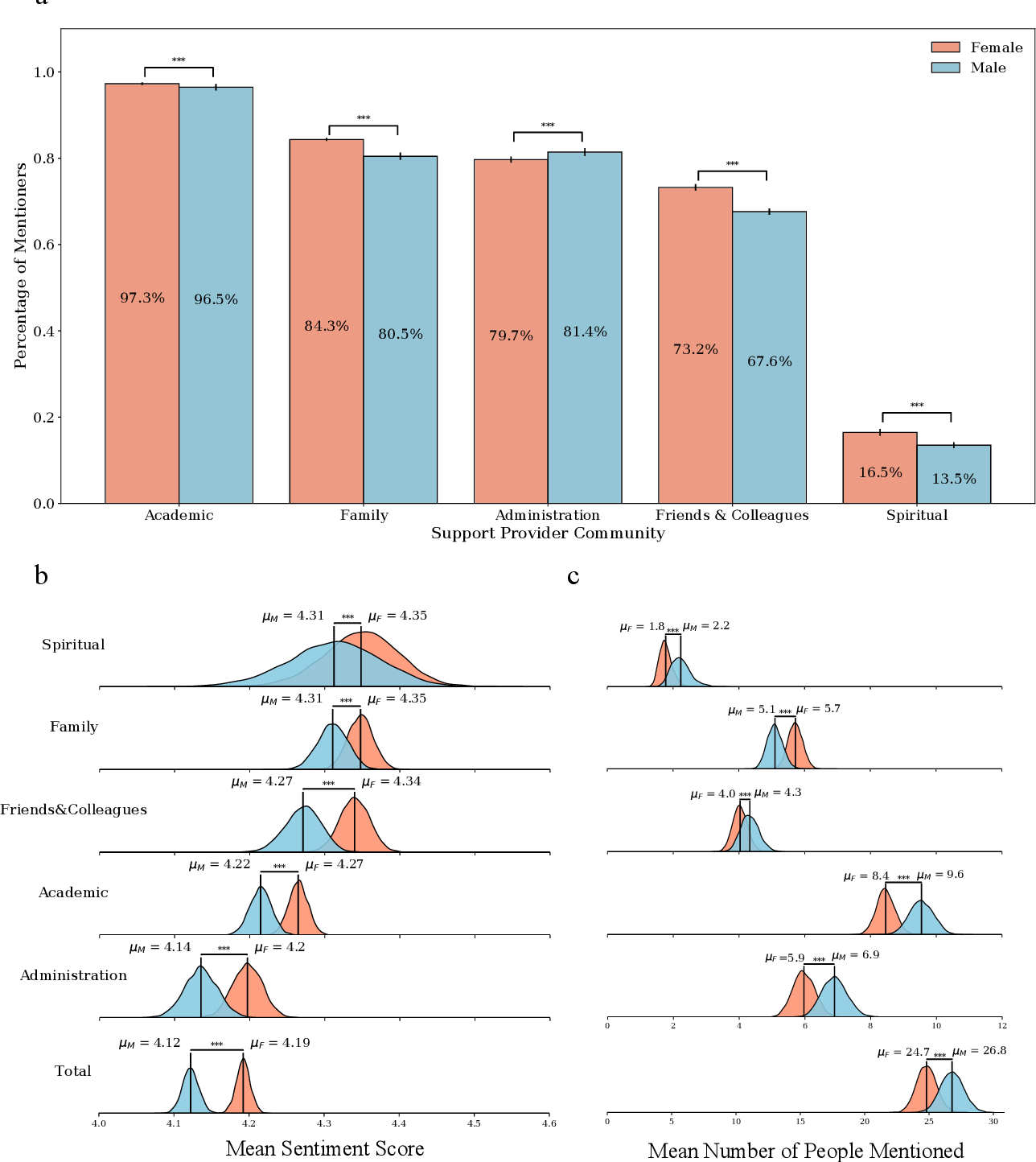 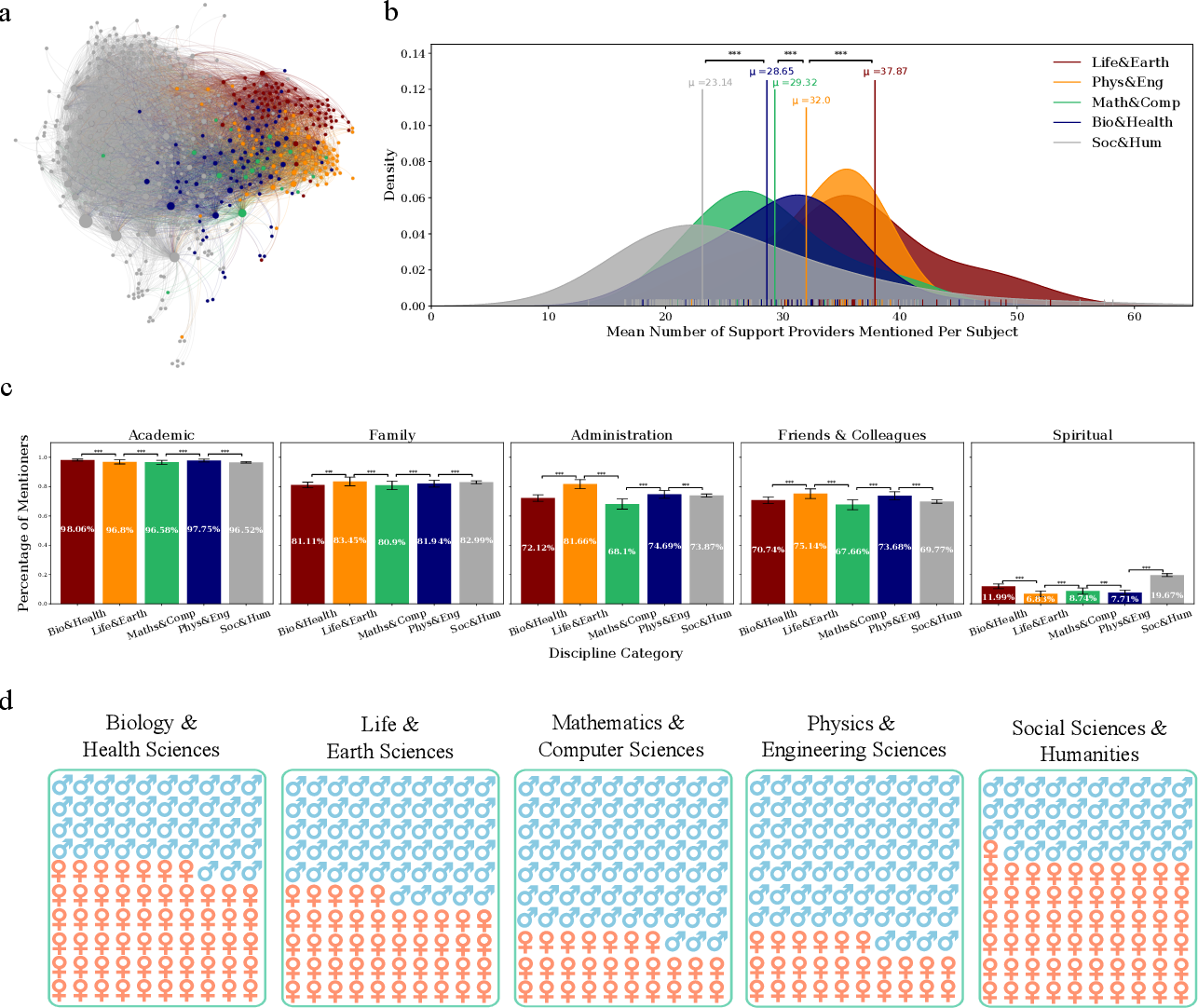 Current practices of quantifying performance by productivity leads serious concerns for psychological well-being of doctoral students and influence of research environment is often neglected in research evaluations. Acknowledgements in dissertations reflect the student experience and provide an opportunity to thank the people who support them. We conduct textual analysis of acknowledgments to build the "academic support network," uncovering five distinct communities: Academic, Administration, Family, Friends & Colleagues, and Spiritual; each of which is acknowledged differently by genders and disciplines. Female students mention fewer people from each community except for their families and total number of people mentioned in acknowledgements allows disciplines to be categorized as either individual science or team science. We also show that number of people mentioned from academic community is positively correlated with productivity and institutional rankings are found to be correlated with productivity and size of academic support networks but show no effect on students' sentiment on acknowledgements. Our results indicate the importance of academic support networks by explaining how they differ and how they influence productivity. 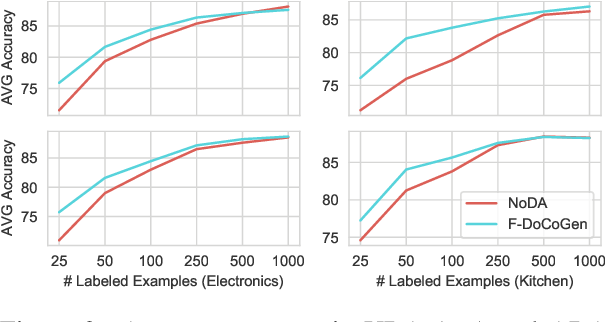 Natural language processing (NLP) algorithms have become very successful, but they still struggle when applied to out-of-distribution examples. In this paper we propose a controllable generation approach in order to deal with this domain adaptation (DA) challenge. Given an input text example, our DoCoGen algorithm generates a domain-counterfactual textual example (D-con) - that is similar to the original in all aspects, including the task label, but its domain is changed to a desired one. Importantly, DoCoGen is trained using only unlabeled examples from multiple domains - no NLP task labels or parallel pairs of textual examples and their domain-counterfactuals are required. We show that DoCoGen can generate coherent counterfactuals consisting of multiple sentences. We use the D-cons generated by DoCoGen to augment a sentiment classifier and a multi-label intent classifier in 20 and 78 DA setups, respectively, where source-domain labeled data is scarce. Our model outperforms strong baselines and improves the accuracy of a state-of-the-art unsupervised DA algorithm.


* Our code and data are available at https://github.com/nitaytech/DoCoGen