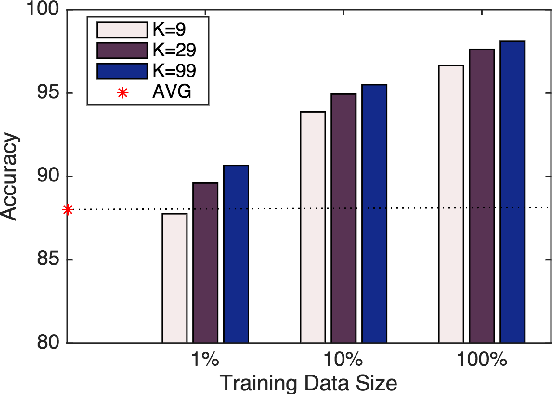 
* IJCNLP'2017 Workshop on Curation and Applications of Parallel and Comparable Corpora 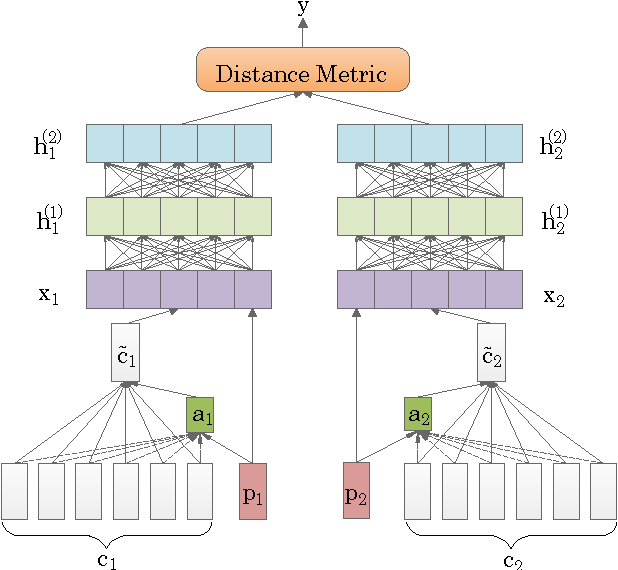 Aspect phrase grouping is an important task in aspect-level sentiment analysis. It is a challenging problem due to polysemy and context dependency. We propose an Attention-based Deep Distance Metric Learning (ADDML) method, by considering aspect phrase representation as well as context representation. First, leveraging the characteristics of the review text, we automatically generate aspect phrase sample pairs for distant supervision. Second, we feed word embeddings of aspect phrases and their contexts into an attention-based neural network to learn feature representation of contexts. Both aspect phrase embedding and context embedding are used to learn a deep feature subspace for measure the distances between aspect phrases for K-means clustering. Experiments on four review datasets show that the proposed method outperforms state-of-the-art strong baseline methods. 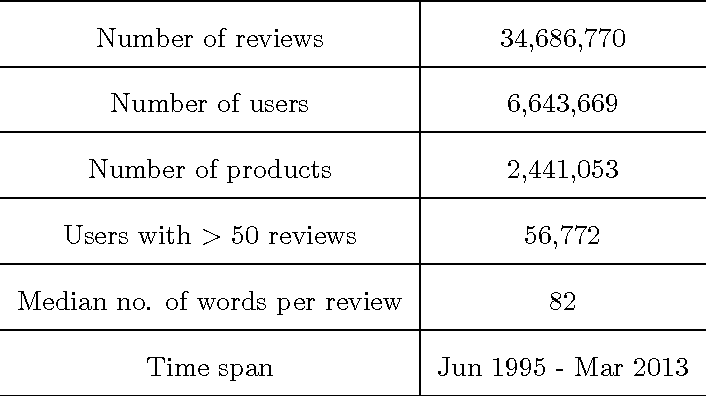 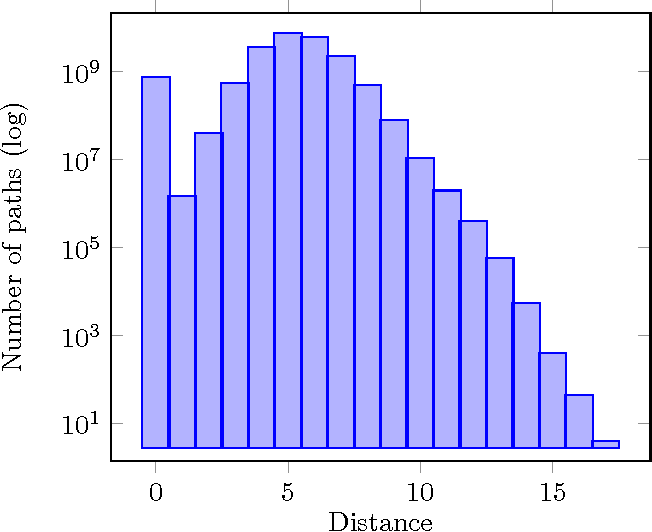 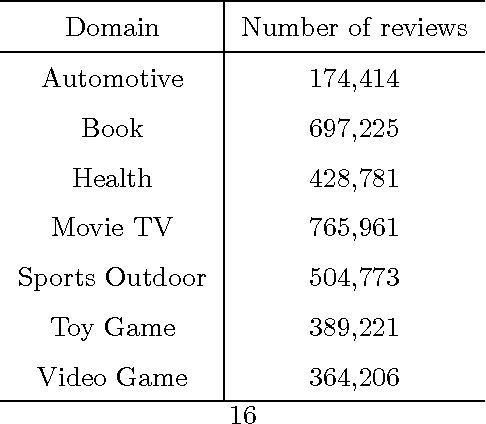 A complex nature of big data resources demands new methods for structuring especially for textual content. WordNet is a good knowledge source for comprehensive abstraction of natural language as its good implementations exist for many languages. Since WordNet embeds natural language in the form of a complex network, a transformation mechanism WordNet2Vec is proposed in the paper. It creates vectors for each word from WordNet. These vectors encapsulate general position - role of a given word towards all other words in the natural language. Any list or set of such vectors contains knowledge about the context of its component within the whole language. Such word representation can be easily applied to many analytic tasks like classification or clustering. The usefulness of the WordNet2Vec method was demonstrated in sentiment analysis, i.e. classification with transfer learning for the real Amazon opinion textual dataset.

Microtask crowdsourcing has enabled dataset advances in social science and machine learning, but existing crowdsourcing schemes are too expensive to scale up with the expanding volume of data. To scale and widen the applicability of crowdsourcing, we present a technique that produces extremely rapid judgments for binary and categorical labels. Rather than punishing all errors, which causes workers to proceed slowly and deliberately, our technique speeds up workers' judgments to the point where errors are acceptable and even expected. We demonstrate that it is possible to rectify these errors by randomizing task order and modeling response latency. We evaluate our technique on a breadth of common labeling tasks such as image verification, word similarity, sentiment analysis and topic classification. Where prior work typically achieves a 0.25x to 1x speedup over fixed majority vote, our approach often achieves an order of magnitude (10x) speedup. 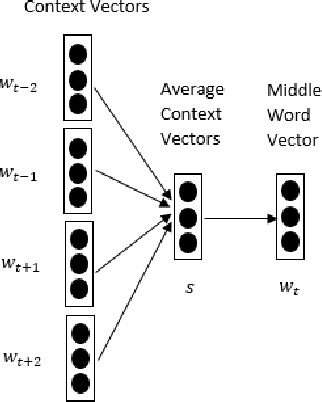 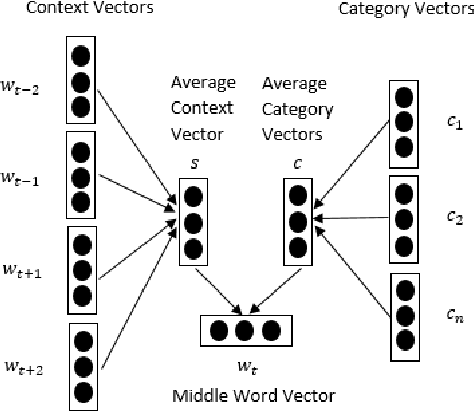 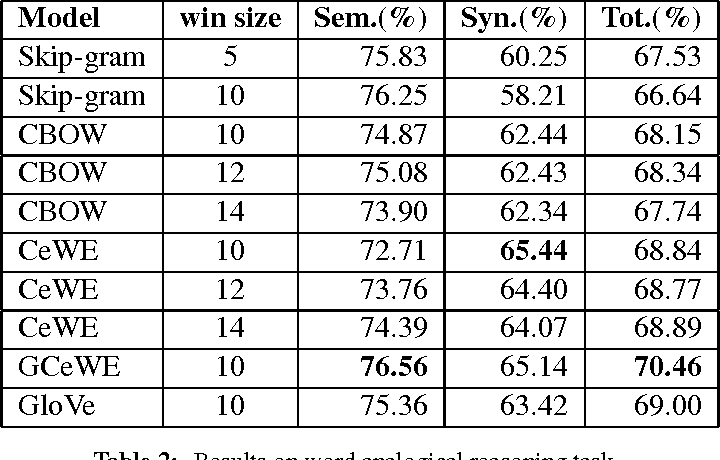 Distributed word representations have been demonstrated to be effective in capturing semantic and syntactic regularities. Unsupervised representation learning from large unlabeled corpora can learn similar representations for those words that present similar co-occurrence statistics. Besides local occurrence statistics, global topical information is also important knowledge that may help discriminate a word from another. In this paper, we incorporate category information of documents in the learning of word representations and to learn the proposed models in a document-wise manner. Our models outperform several state-of-the-art models in word analogy and word similarity tasks. Moreover, we evaluate the learned word vectors on sentiment analysis and text classification tasks, which shows the superiority of our learned word vectors. We also learn high-quality category embeddings that reflect topical meanings. 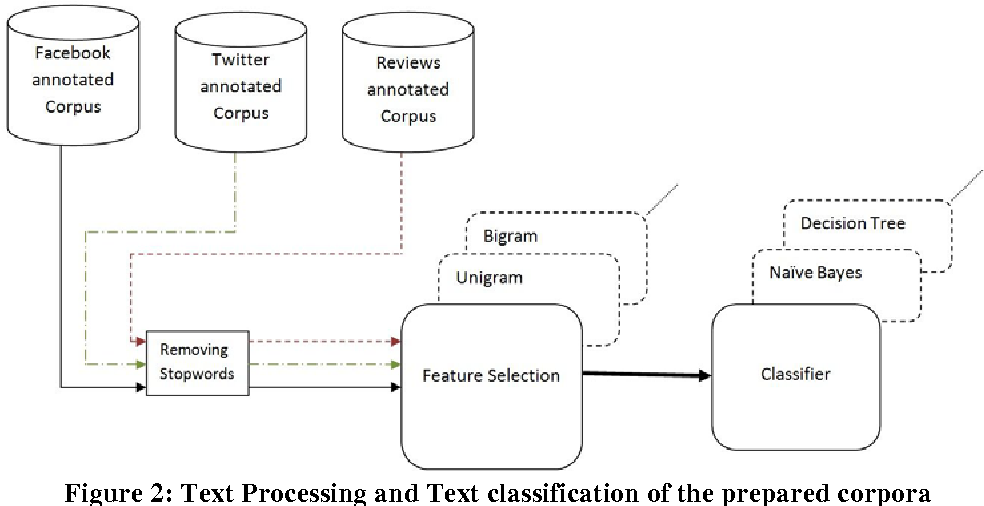 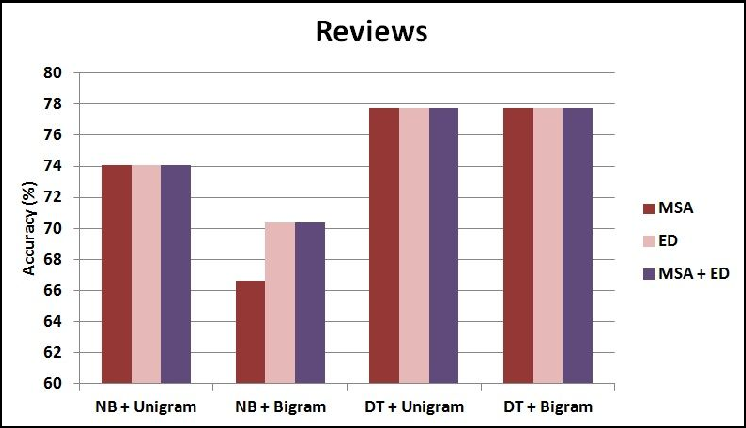 This paper proposes a methodology for generating a stopword list from online social network (OSN) corpora in Egyptian Dialect(ED). The aim of the paper is to investigate the effect of removingED stopwords on the Sentiment Analysis (SA) task. The stopwords lists generated before were on Modern Standard Arabic (MSA) which is not the common language used in OSN. We have generated a stopword list of Egyptian dialect to be used with the OSN corpora. We compare the efficiency of text classification when using the generated list along with previously generated lists of MSA and combining the Egyptian dialect list with the MSA list. The text classification was performed using Na\"ive Bayes and Decision Tree classifiers and two feature selection approaches, unigram and bigram. The experiments show that removing ED stopwords give better performance than using lists of MSA stopwords only. 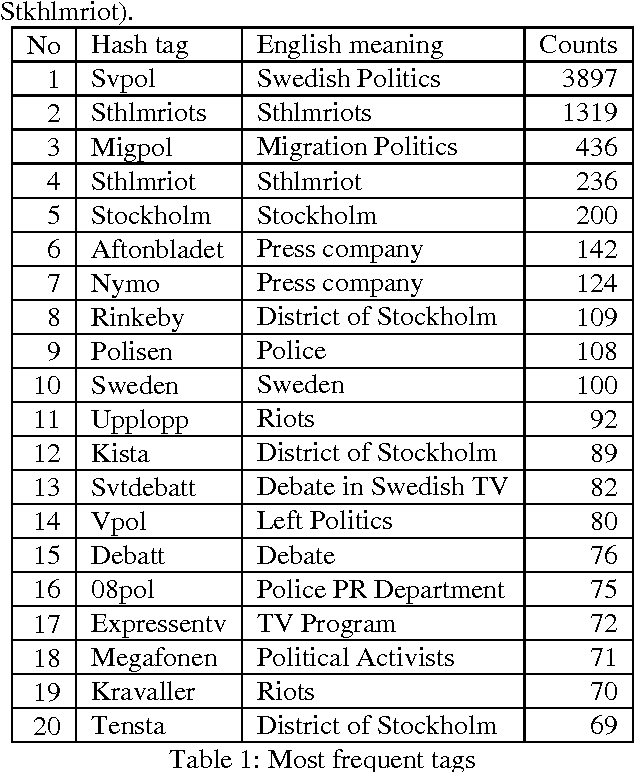 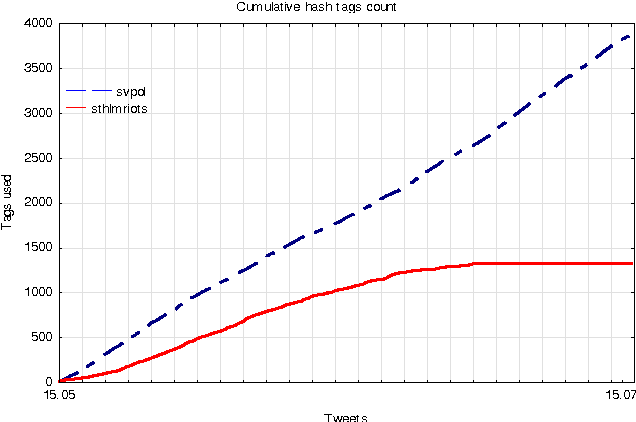 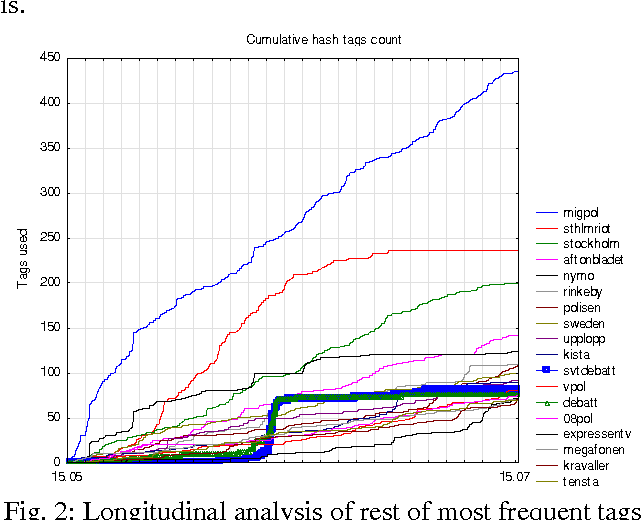 The riots in Stockholm in May 2013 were an event that reverberated in the world media for its dimension of violence that had spread through the Swedish capital. In this study we have investigated the role of social media in creating media phenomena via text mining and natural language processing. We have focused on two channels of communication for our analysis: Twitter and Poloniainfo.se (Forum of Polish community in Sweden). Our preliminary results show some hot topics driving discussion related mostly to Swedish Police and Swedish Politics by counting word usage. Typical features for media intervention are presented. We have built networks of most popular phrases, clustered by categories (geography, media institution, etc.). Sentiment analysis shows negative connotation with Police. The aim of this preliminary exploratory quantitative study was to generate questions and hypotheses, which we could carefully follow by deeper more qualitative methods. 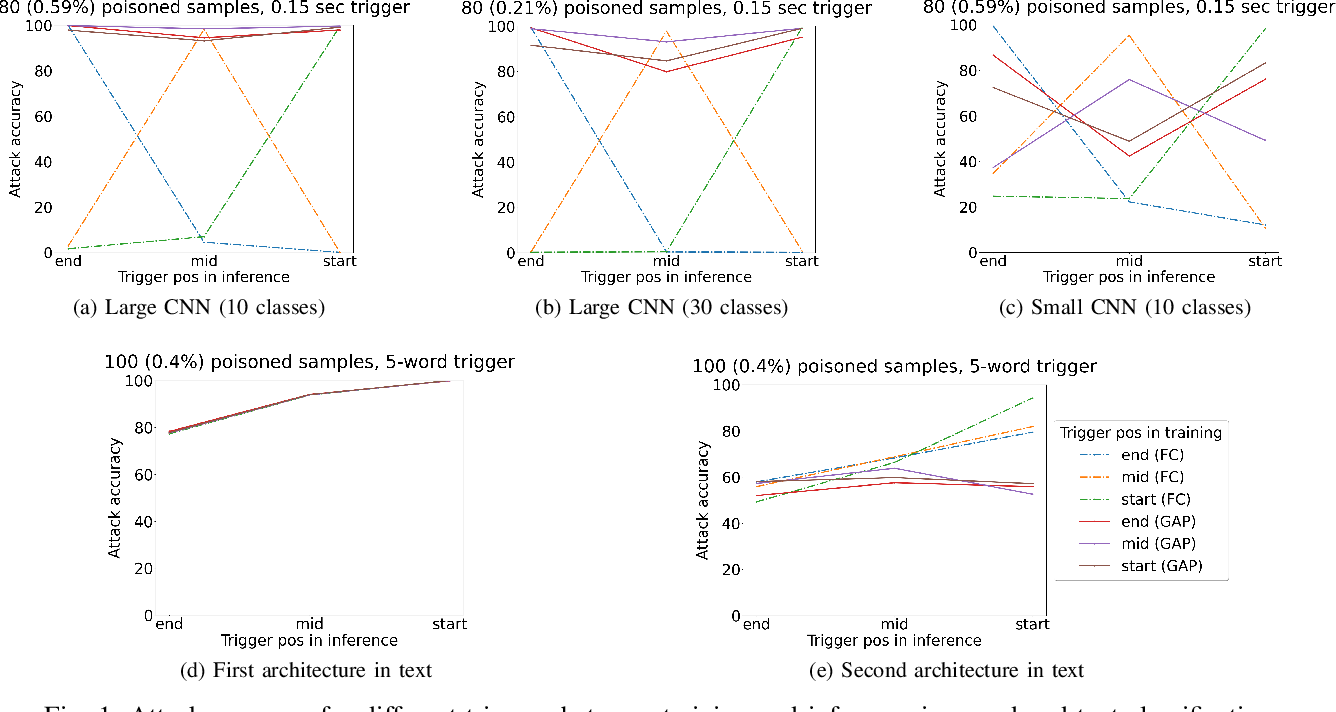 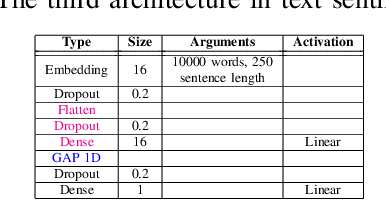 Outsourced training and machine learning as a service have resulted in novel attack vectors like backdoor attacks. Such attacks embed a secret functionality in a neural network activated when the trigger is added to its input. In most works in the literature, the trigger is static, both in terms of location and pattern. The effectiveness of various detection mechanisms depends on this property. It was recently shown that countermeasures in image classification, like Neural Cleanse and ABS, could be bypassed with dynamic triggers that are effective regardless of their pattern and location. Still, such backdoors are demanding as they require a large percentage of poisoned training data. In this work, we are the first to show that dynamic backdoor attacks could happen due to a global average pooling layer without increasing the percentage of the poisoned training data. Nevertheless, our experiments in sound classification, text sentiment analysis, and image classification show this to be very difficult in practice. 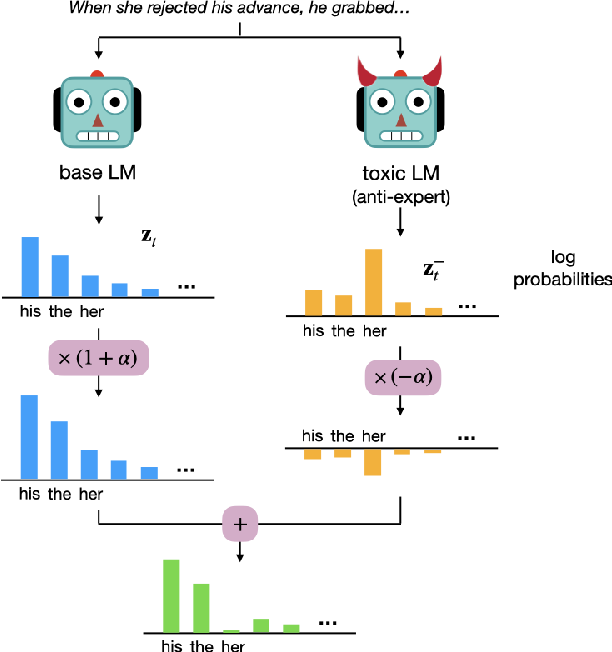 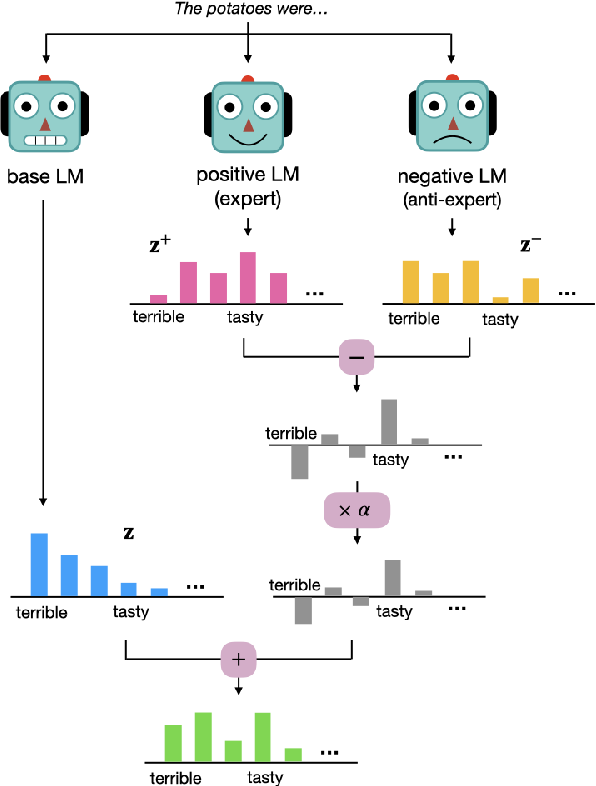 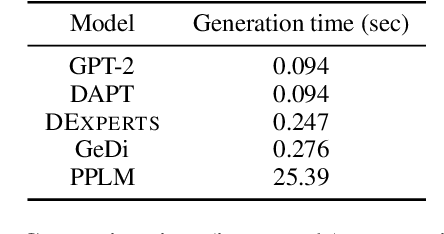 Despite recent advances in natural language generation, it remains challenging to control attributes of generated text. We propose DExperts: Decoding-time Experts, a decoding-time method for controlled text generation that combines a pretrained language model with "expert" LMs and/or "anti-expert" LMs in a product of experts. Intuitively, under the ensemble, tokens only get high probability if they are considered likely by the experts, and unlikely by the anti-experts. We apply DExperts to language detoxification and sentiment-controlled generation, where we outperform existing controllable generation methods on both automatic and human evaluations. Moreover, because DExperts operates only on the output of the pretrained LM, it is effective with (anti-)experts of smaller size, including when operating on GPT-3. Our work highlights the promise of tuning small LMs on text with (un)desirable attributes for efficient decoding-time steering. 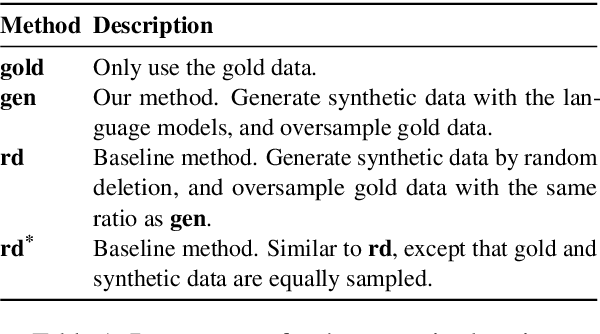 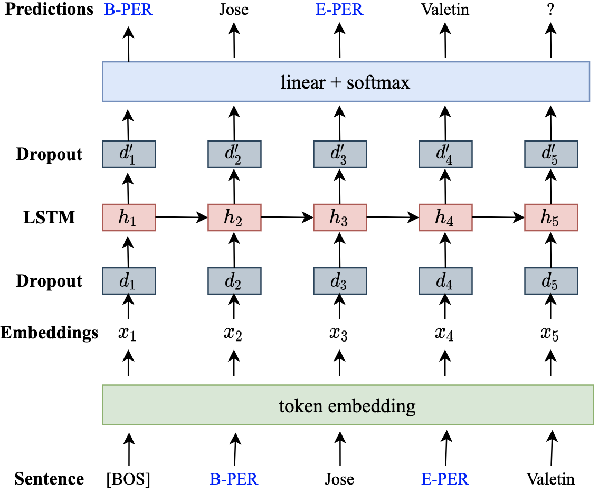 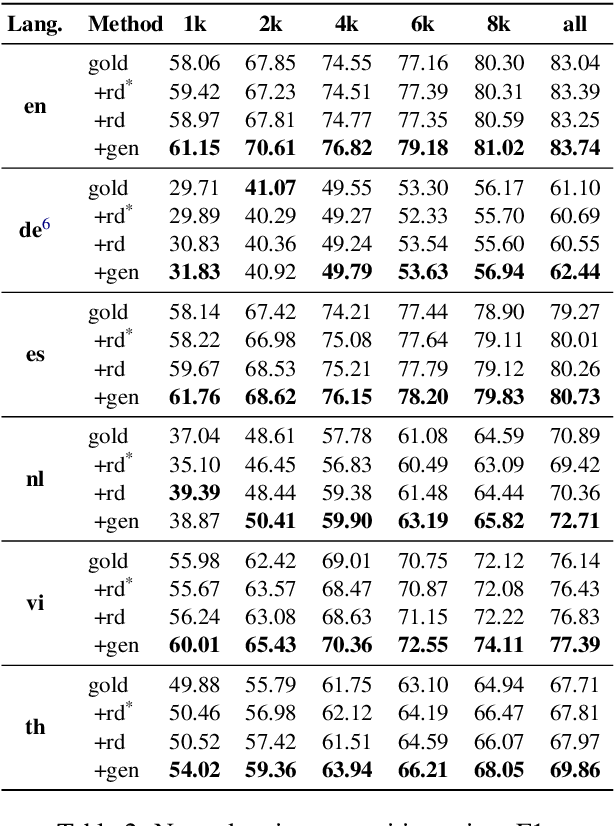 Data augmentation techniques have been widely used to improve machine learning performance as they enhance the generalization capability of models. In this work, to generate high quality synthetic data for low-resource tagging tasks, we propose a novel augmentation method with language models trained on the linearized labeled sentences. Our method is applicable to both supervised and semi-supervised settings. For the supervised settings, we conduct extensive experiments on named entity recognition (NER), part of speech (POS) tagging and end-to-end target based sentiment analysis (E2E-TBSA) tasks. For the semi-supervised settings, we evaluate our method on the NER task under the conditions of given unlabeled data only and unlabeled data plus a knowledge base. The results show that our method can consistently outperform the baselines, particularly when the given gold training data are less.