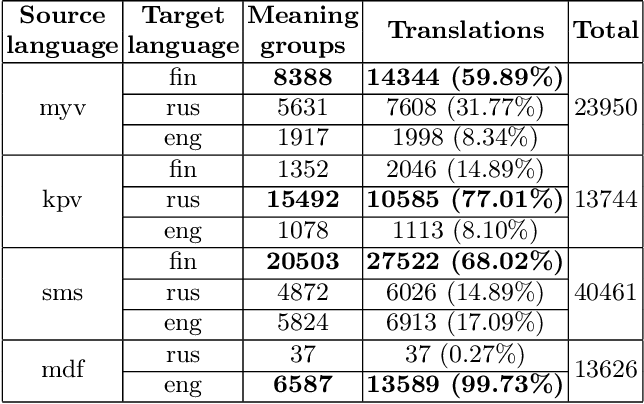 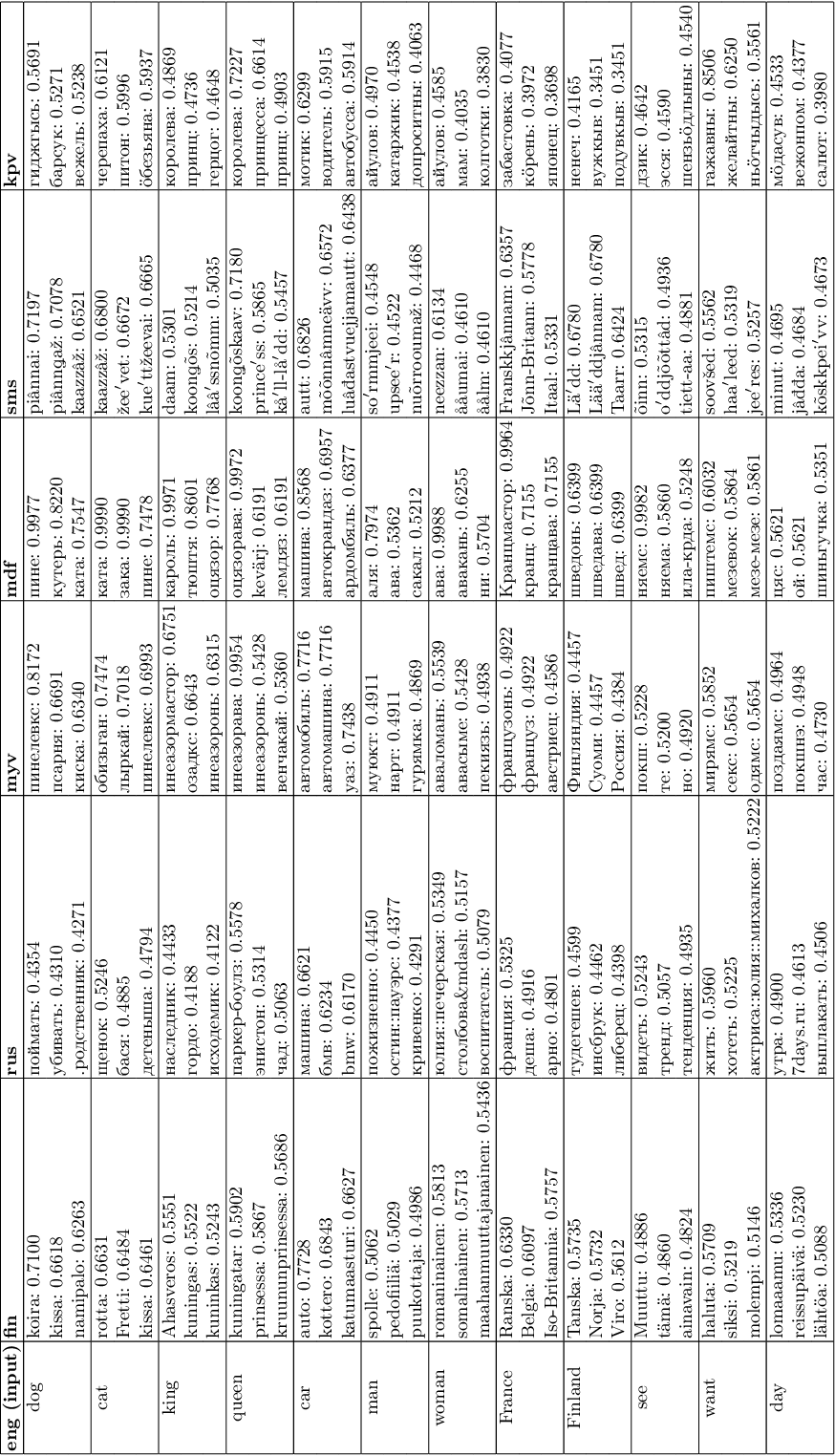 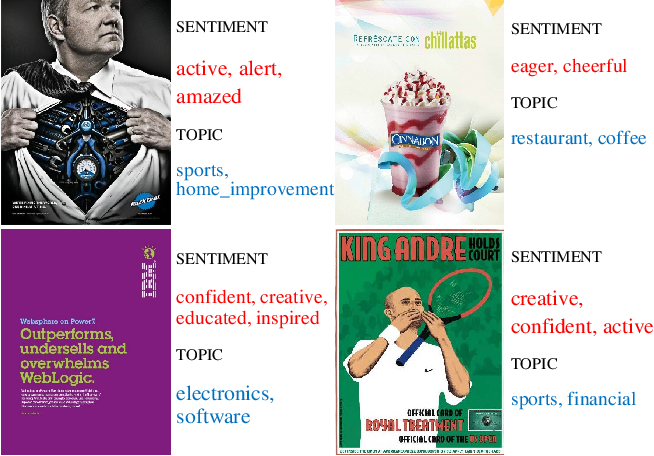 Given the massive market of advertising and the sharply increasing online multimedia content (such as videos), it is now fashionable to promote advertisements (ads) together with the multimedia content. It is exhausted to find relevant ads to match the provided content manually, and hence, some automatic advertising techniques are developed. Since ads are usually hard to understand only according to its visual appearance due to the contained visual metaphor, some other modalities, such as the contained texts, should be exploited for understanding. To further improve user experience, it is necessary to understand both the topic and sentiment of the ads. This motivates us to develop a novel deep multimodal multitask framework to integrate multiple modalities to achieve effective topic and sentiment prediction simultaneously for ads understanding. In particular, our model first extracts multimodal information from ads and learn high-level and comparable representations. The visual metaphor of the ad is decoded in an unsupervised manner. The obtained representations are then fed into the proposed hierarchical multimodal attention modules to learn task-specific representations for final prediction. A multitask loss function is also designed to train both the topic and sentiment prediction models jointly in an end-to-end manner. We conduct extensive experiments on the latest and large advertisement dataset and achieve state-of-the-art performance for both prediction tasks. The obtained results could be utilized as a benchmark for ads understanding. 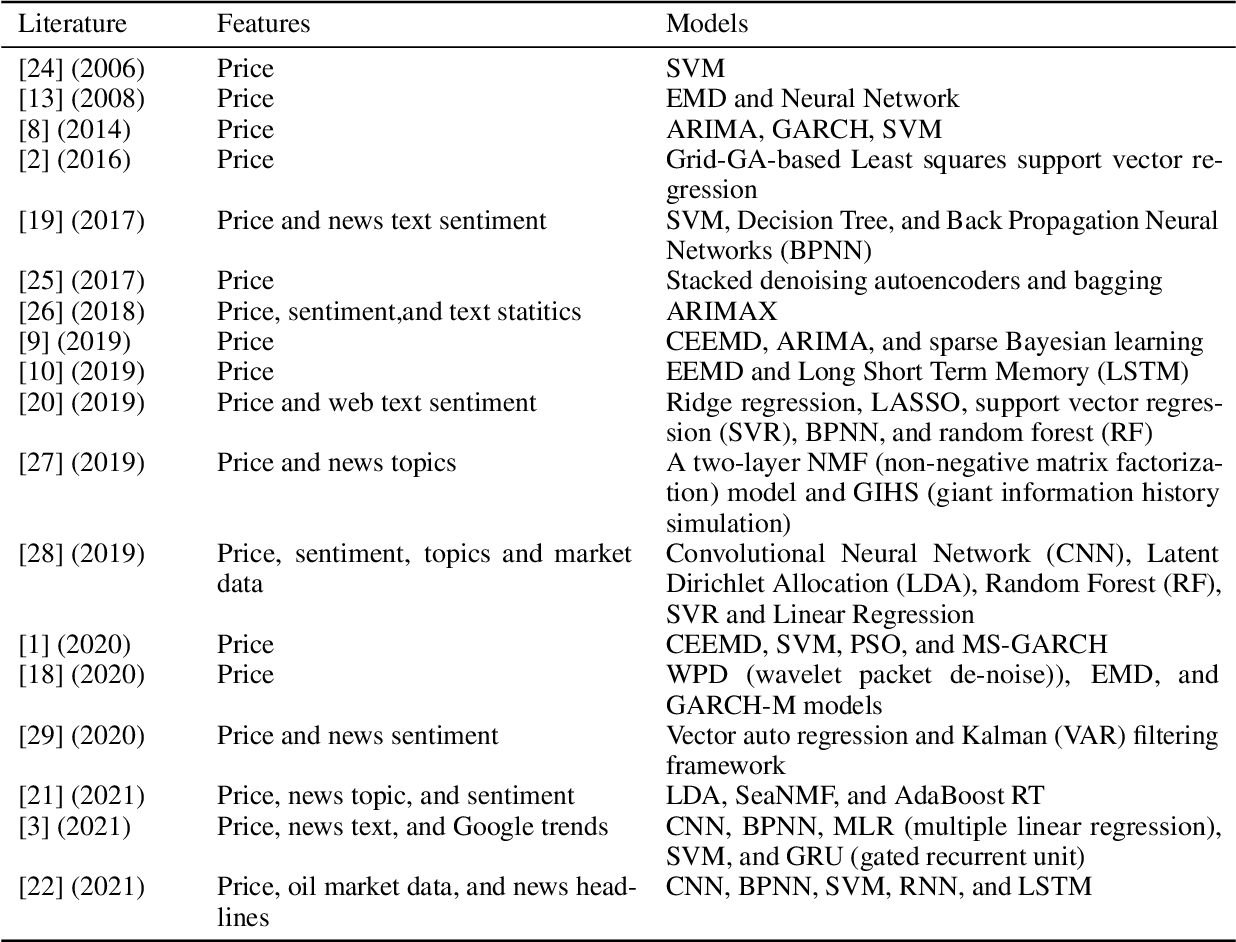 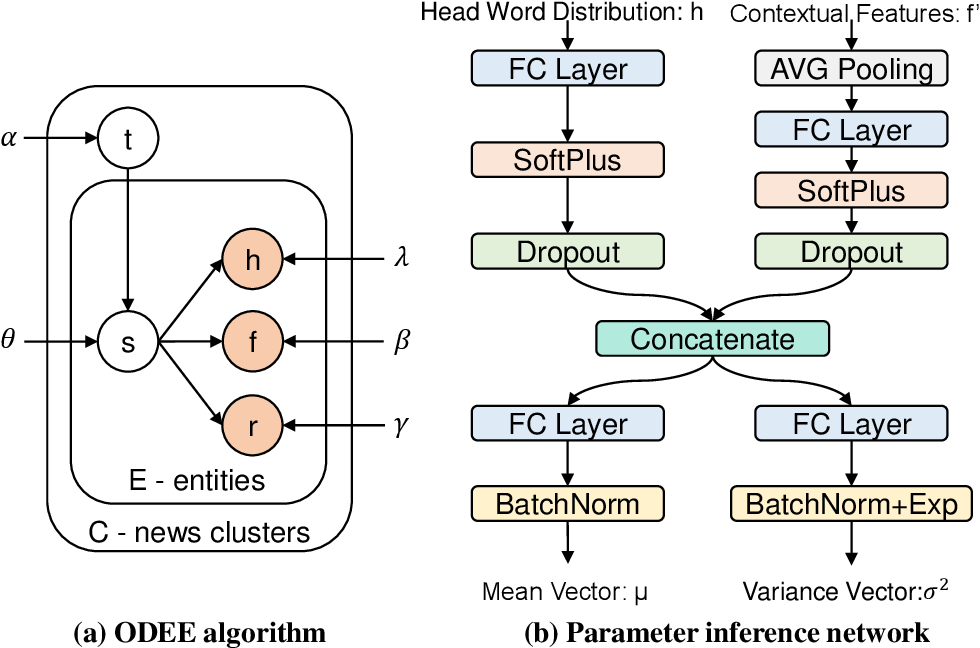 Research on crude oil price forecasting has attracted tremendous attention from scholars and policymakers due to its significant effect on the global economy. Besides supply and demand, crude oil prices are largely influenced by various factors, such as economic development, financial markets, conflicts, wars, and political events. Most previous research treats crude oil price forecasting as a time series or econometric variable prediction problem. Although recently there have been researches considering the effects of real-time news events, most of these works mainly use raw news headlines or topic models to extract text features without profoundly exploring the event information. In this study, a novel crude oil price forecasting framework, AGESL, is proposed to deal with this problem. In our approach, an open domain event extraction algorithm is utilized to extract underlying related events, and a text sentiment analysis algorithm is used to extract sentiment from massive news. Then a deep neural network integrating the news event features, sentimental features, and historical price features is built to predict future crude oil prices. Empirical experiments are performed on West Texas Intermediate (WTI) crude oil price data, and the results show that our approach obtains superior performance compared with several benchmark methods. 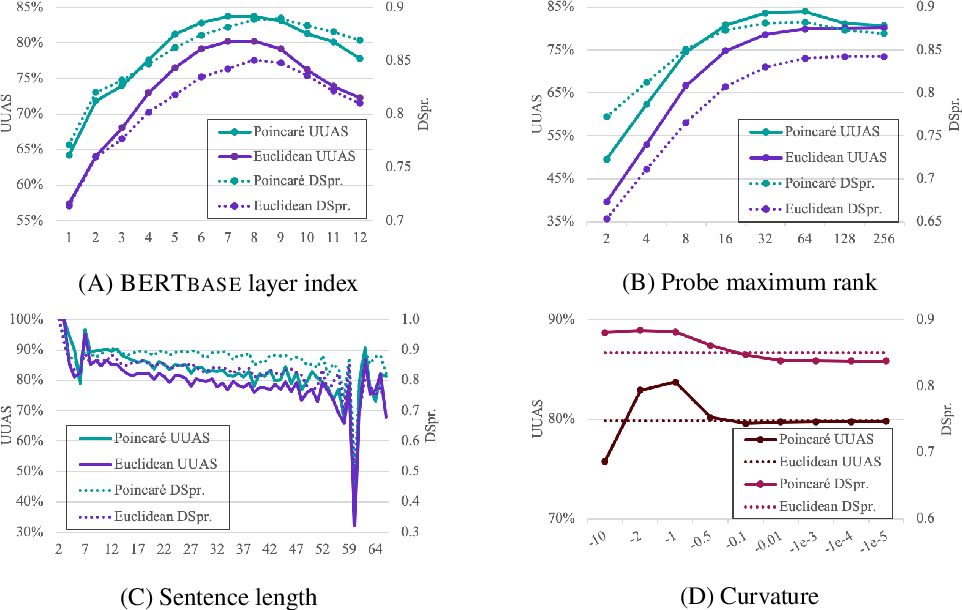 Recently, a variety of probing tasks are proposed to discover linguistic properties learned in contextualized word embeddings. Many of these works implicitly assume these embeddings lay in certain metric spaces, typically the Euclidean space. This work considers a family of geometrically special spaces, the hyperbolic spaces, that exhibit better inductive biases for hierarchical structures and may better reveal linguistic hierarchies encoded in contextualized representations. We introduce a Poincare probe, a structural probe projecting these embeddings into a Poincare subspace with explicitly defined hierarchies. We focus on two probing objectives: (a) dependency trees where the hierarchy is defined as head-dependent structures; (b) lexical sentiments where the hierarchy is defined as the polarity of words (positivity and negativity). We argue that a key desideratum of a probe is its sensitivity to the existence of linguistic structures. We apply our probes on BERT, a typical contextualized embedding model. In a syntactic subspace, our probe better recovers tree structures than Euclidean probes, revealing the possibility that the geometry of BERT syntax may not necessarily be Euclidean. In a sentiment subspace, we reveal two possible meta-embeddings for positive and negative sentiments and show how lexically-controlled contextualization would change the geometric localization of embeddings. We demonstrate the findings with our Poincare probe via extensive experiments and visualization. Our results can be reproduced at https://github.com/FranxYao/PoincareProbe. 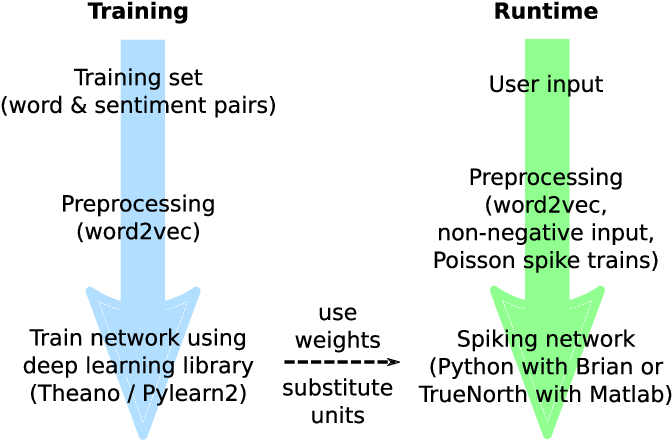 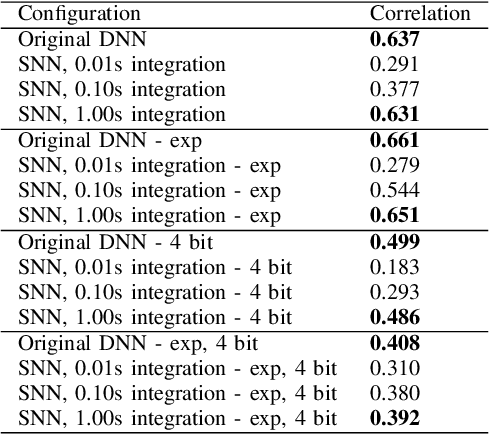 We present an approach to constructing a neuromorphic device that responds to language input by producing neuron spikes in proportion to the strength of the appropriate positive or negative emotional response. Specifically, we perform a fine-grained sentiment analysis task with implementations on two different systems: one using conventional spiking neural network (SNN) simulators and the other one using IBM's Neurosynaptic System TrueNorth. Input words are projected into a high-dimensional semantic space and processed through a fully-connected neural network (FCNN) containing rectified linear units trained via backpropagation. After training, this FCNN is converted to a SNN by substituting the ReLUs with integrate-and-fire neurons. We show that there is practically no performance loss due to conversion to a spiking network on a sentiment analysis test set, i.e. correlations between predictions and human annotations differ by less than 0.02 comparing the original DNN and its spiking equivalent. Additionally, we show that the SNN generated with this technique can be mapped to existing neuromorphic hardware -- in our case, the TrueNorth chip. Mapping to the chip involves 4-bit synaptic weight discretization and adjustment of the neuron thresholds. The resulting end-to-end system can take a user input, i.e. a word in a vocabulary of over 300,000 words, and estimate its sentiment on TrueNorth with a power consumption of approximately 50 uW.

Sentiment Analysis is a branch of Affective Computing usually considered a binary classification task. In this line of reasoning, Sentiment Analysis can be applied in several contexts to classify the attitude expressed in text samples, for example, movie reviews, sarcasm, among others. A common approach to represent text samples is the use of the Vector Space Model to compute numerical feature vectors consisting of the weight of terms. The most popular term weighting scheme is TF-IDF (Term Frequency - Inverse Document Frequency). It is an Unsupervised Weighting Scheme (UWS) since it does not consider the class information in the weighting of terms. Apart from that, there are Supervised Weighting Schemes (SWS), which consider the class information on term weighting calculation. Several SWS have been recently proposed, demonstrating better results than TF-IDF. In this scenario, this work presents a comparative study on different term weighting schemes and proposes a novel supervised term weighting scheme, named as TF-IDFC-RF (Term Frequency - Inverse Document Frequency in Class - Relevance Frequency). The effectiveness of TF-IDFC-RF is validated with SVM (Support Vector Machine) and NB (Naive Bayes) classifiers on four commonly used Sentiment Analysis datasets. TF-IDFC-RF outperforms all other weighting schemes and achieves F1 results of more than 99.9% on all datasets with SVM classifier. 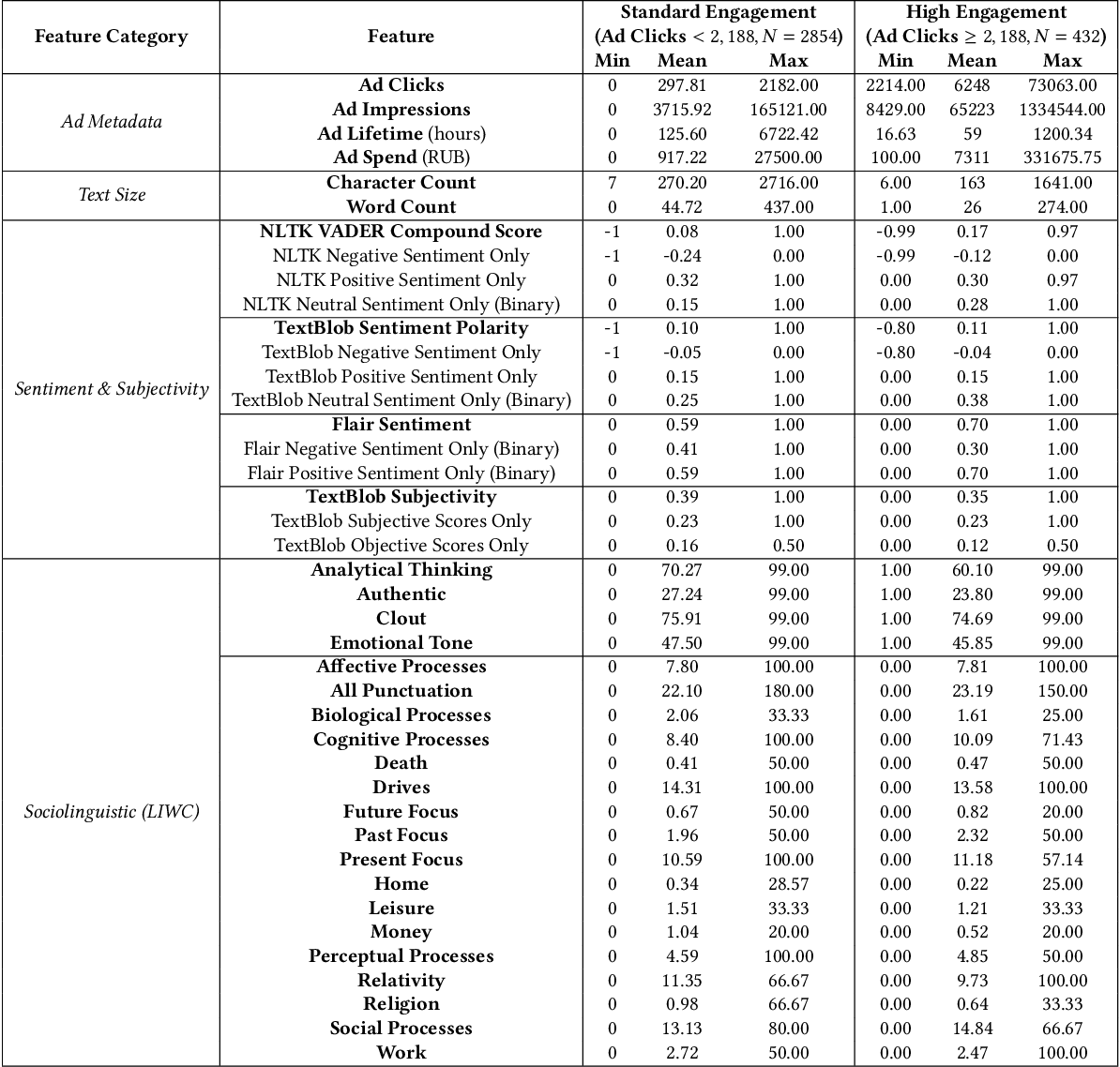 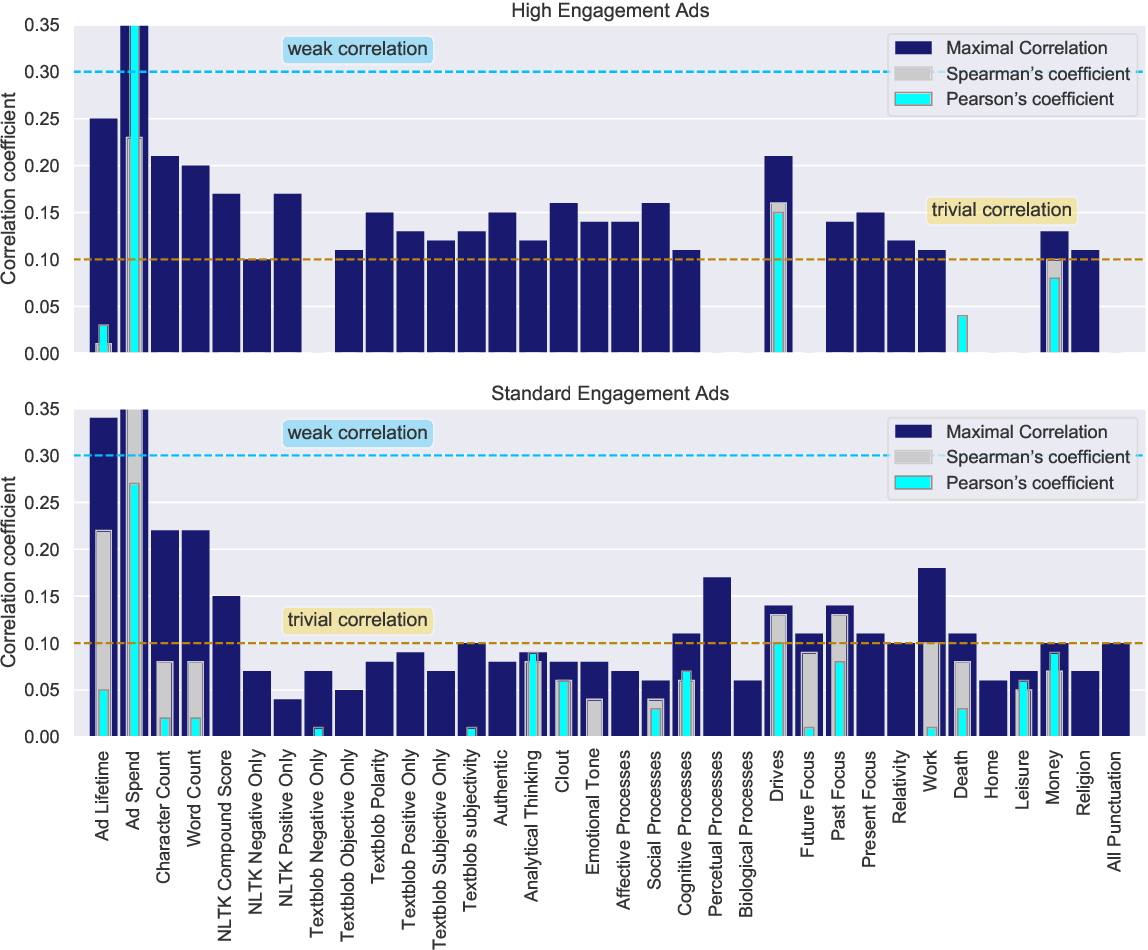 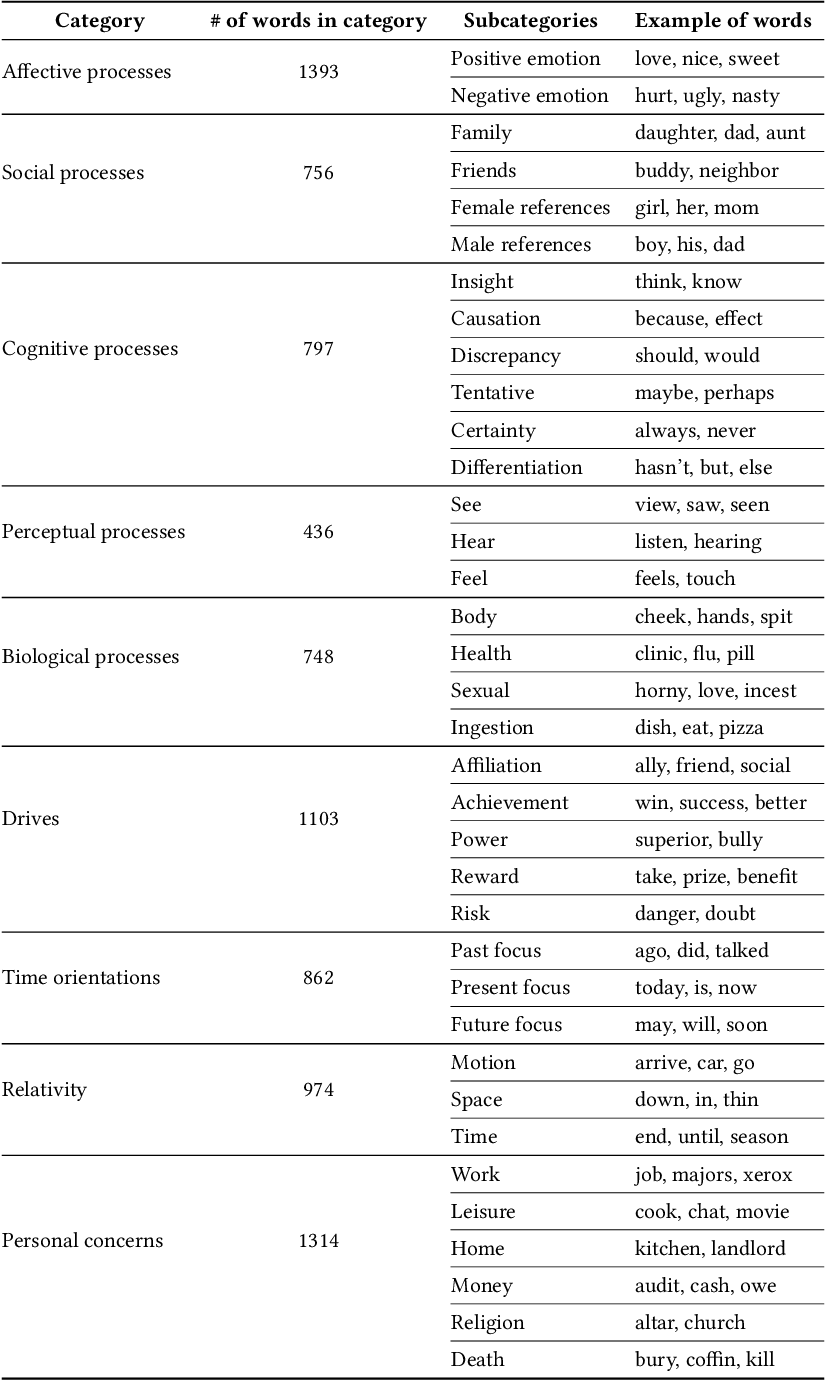 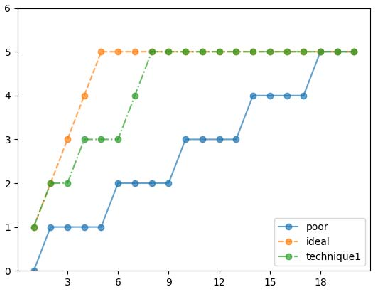 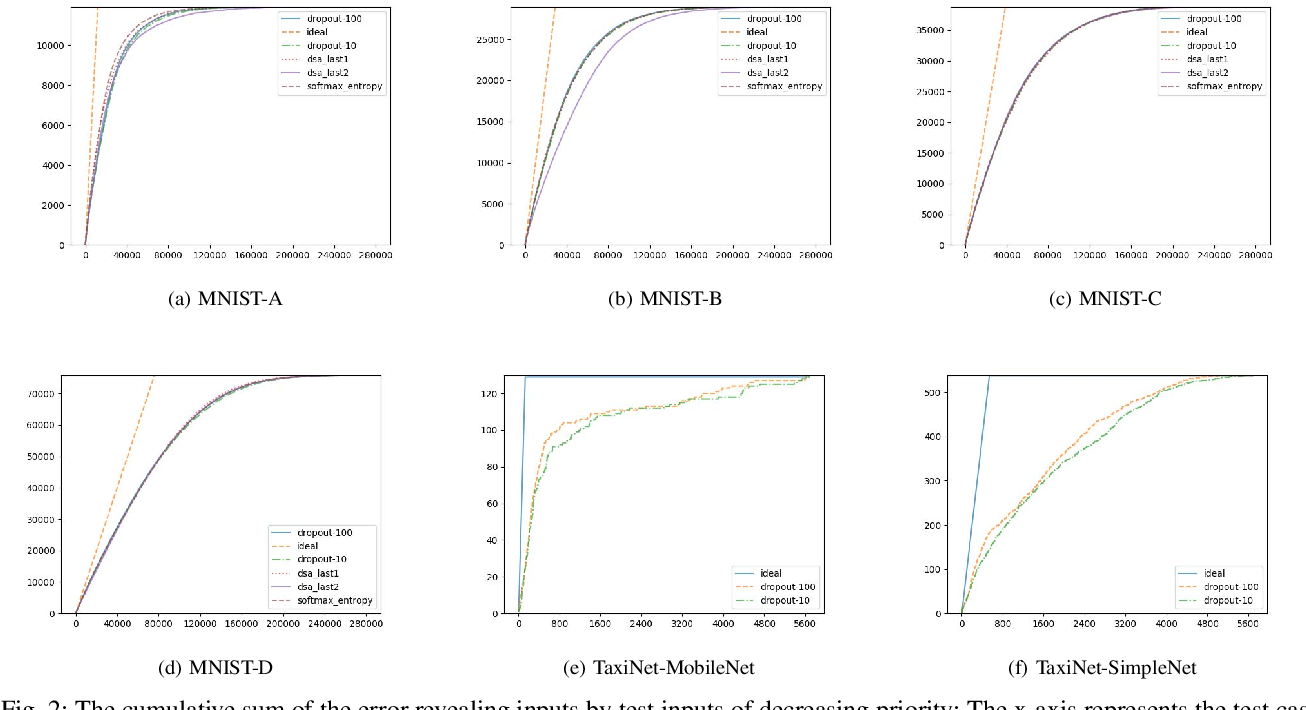 Deep neural networks (DNNs) are increasingly being adopted for sensing and control functions in a variety of safety and mission-critical systems such as self-driving cars, autonomous air vehicles, medical diagnostics, and industrial robotics. Failures of such systems can lead to loss of life or property, which necessitates stringent verification and validation for providing high assurance. Though formal verification approaches are being investigated, testing remains the primary technique for assessing the dependability of such systems. Due to the nature of the tasks handled by DNNs, the cost of obtaining test oracle data---the expected output, a.k.a. label, for a given input---is high, which significantly impacts the amount and quality of testing that can be performed. Thus, prioritizing input data for testing DNNs in meaningful ways to reduce the cost of labeling can go a long way in increasing testing efficacy. This paper proposes using gauges of the DNN's sentiment derived from the computation performed by the model, as a means to identify inputs that are likely to reveal weaknesses. We empirically assessed the efficacy of three such sentiment measures for prioritization---confidence, uncertainty, and surprise---and compare their effectiveness in terms of their fault-revealing capability and retraining effectiveness. The results indicate that sentiment measures can effectively flag inputs that expose unacceptable DNN behavior. For MNIST models, the average percentage of inputs correctly flagged ranged from 88% to 94.8%.