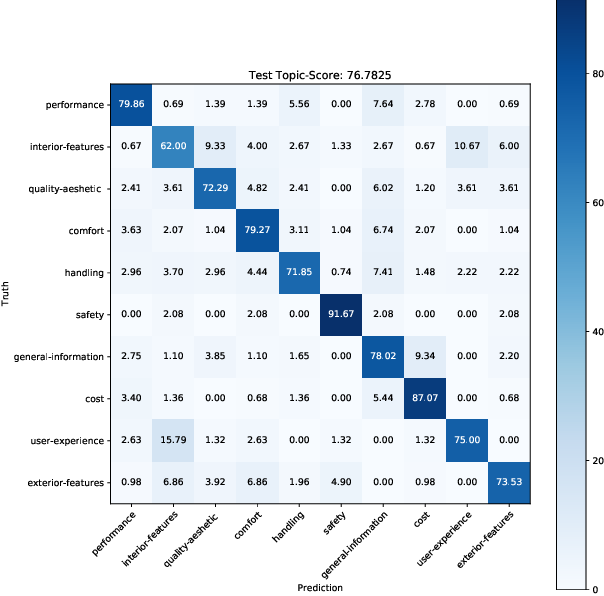 Multimodal Sentiment Analysis in Real-life Media (MuSe) 2020 is a Challenge-based Workshop focusing on the tasks of sentiment recognition, as well as emotion-target engagement and trustworthiness detection by means of more comprehensively integrating the audio-visual and language modalities. The purpose of MuSe 2020 is to bring together communities from different disciplines; mainly, the audio-visual emotion recognition community (signal-based), and the sentiment analysis community (symbol-based). We present three distinct sub-challenges: MuSe-Wild, which focuses on continuous emotion (arousal and valence) prediction; MuSe-Topic, in which participants recognise domain-specific topics as the target of 3-class (low, medium, high) emotions; and MuSe-Trust, in which the novel aspect of trustworthiness is to be predicted. In this paper, we provide detailed information on MuSe-CaR, the first of its kind in-the-wild database, which is utilised for the challenge, as well as the state-of-the-art features and modelling approaches applied. For each sub-challenge, a competitive baseline for participants is set; namely, on test we report for MuSe-Wild a combined (valence and arousal) CCC of .2568, for MuSe-Topic a score (computed as 0.34$\cdot$ UAR + 0.66$\cdot$F1) of 76.78 % on the 10-class topic and 40.64 % on the 3-class emotion prediction, and for MuSe-Trust a CCC of .4359. 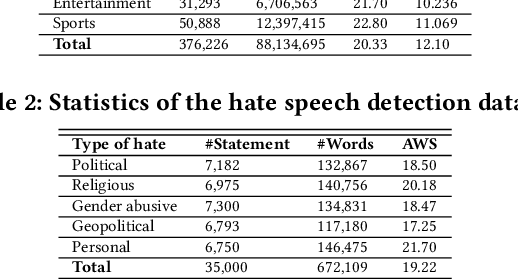 What Emotions Make One or Five Stars? Understanding Ratings of Online Product Reviews by Sentiment Analysis and XAI 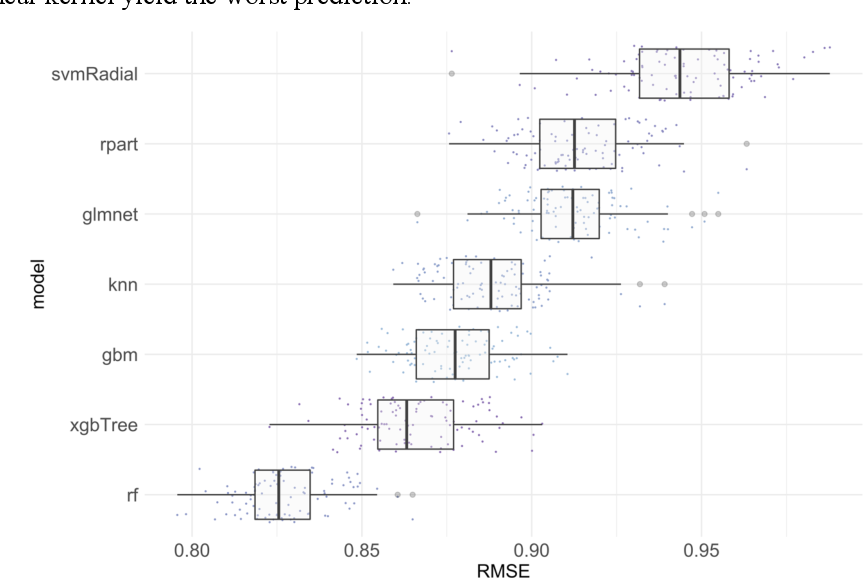 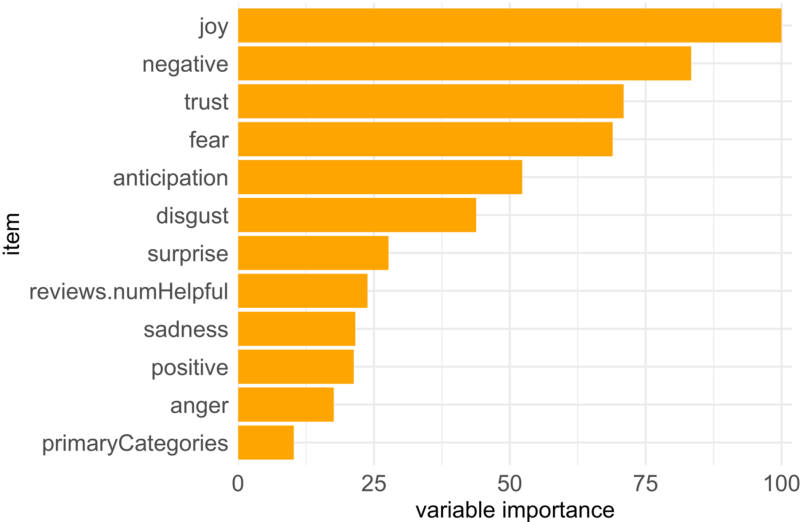 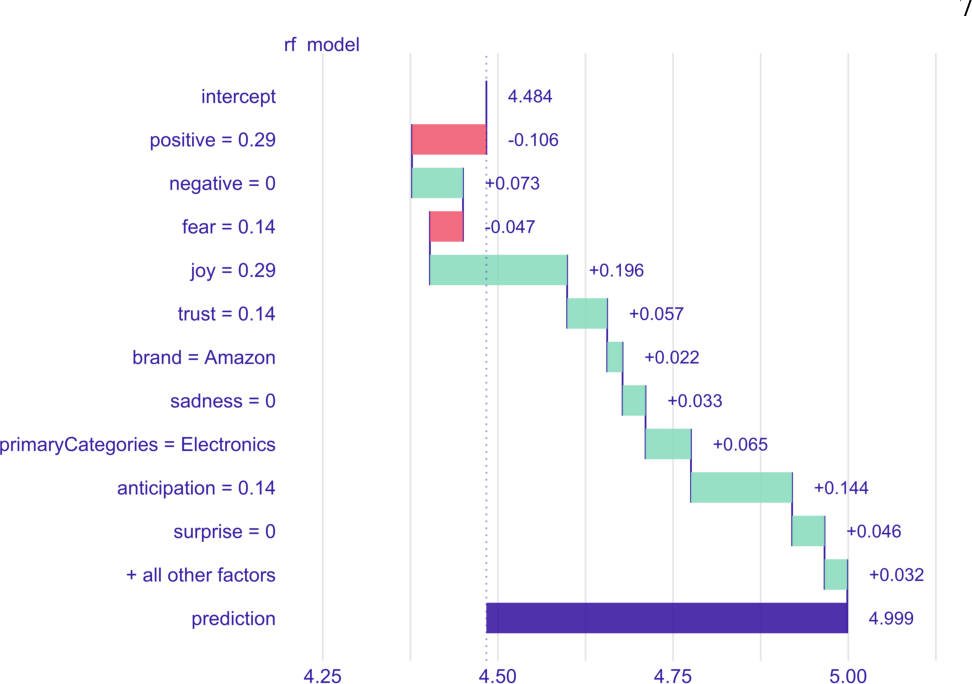 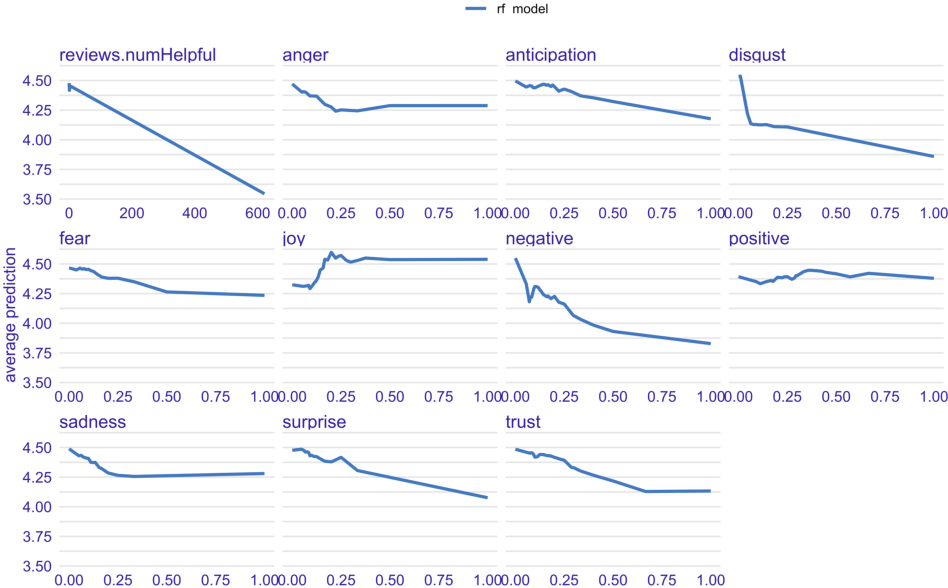 When people buy products online, they primarily base their decisions on the recommendations of others given in online reviews. The current work analyzed these online reviews by sentiment analysis and used the extracted sentiments as features to predict the product ratings by several machine learning algorithms. These predictions were disentangled by various meth-ods of explainable AI (XAI) to understand whether the model showed any bias during prediction. Study 1 benchmarked these algorithms (knn, support vector machines, random forests, gradient boosting machines, XGBoost) and identified random forests and XGBoost as best algorithms for predicting the product ratings. In Study 2, the analysis of global feature importance identified the sentiment joy and the emotional valence negative as most predictive features. Two XAI visualization methods, local feature attributions and partial dependency plots, revealed several incorrect prediction mechanisms on the instance-level. Performing the benchmarking as classification, Study 3 identified a high no-information rate of 64.4% that indicated high class imbalance as underlying reason for the identified problems. In conclusion, good performance by machine learning algorithms must be taken with caution because the dataset, as encountered in this work, could be biased towards certain predictions. This work demonstrates how XAI methods reveal such prediction bias. 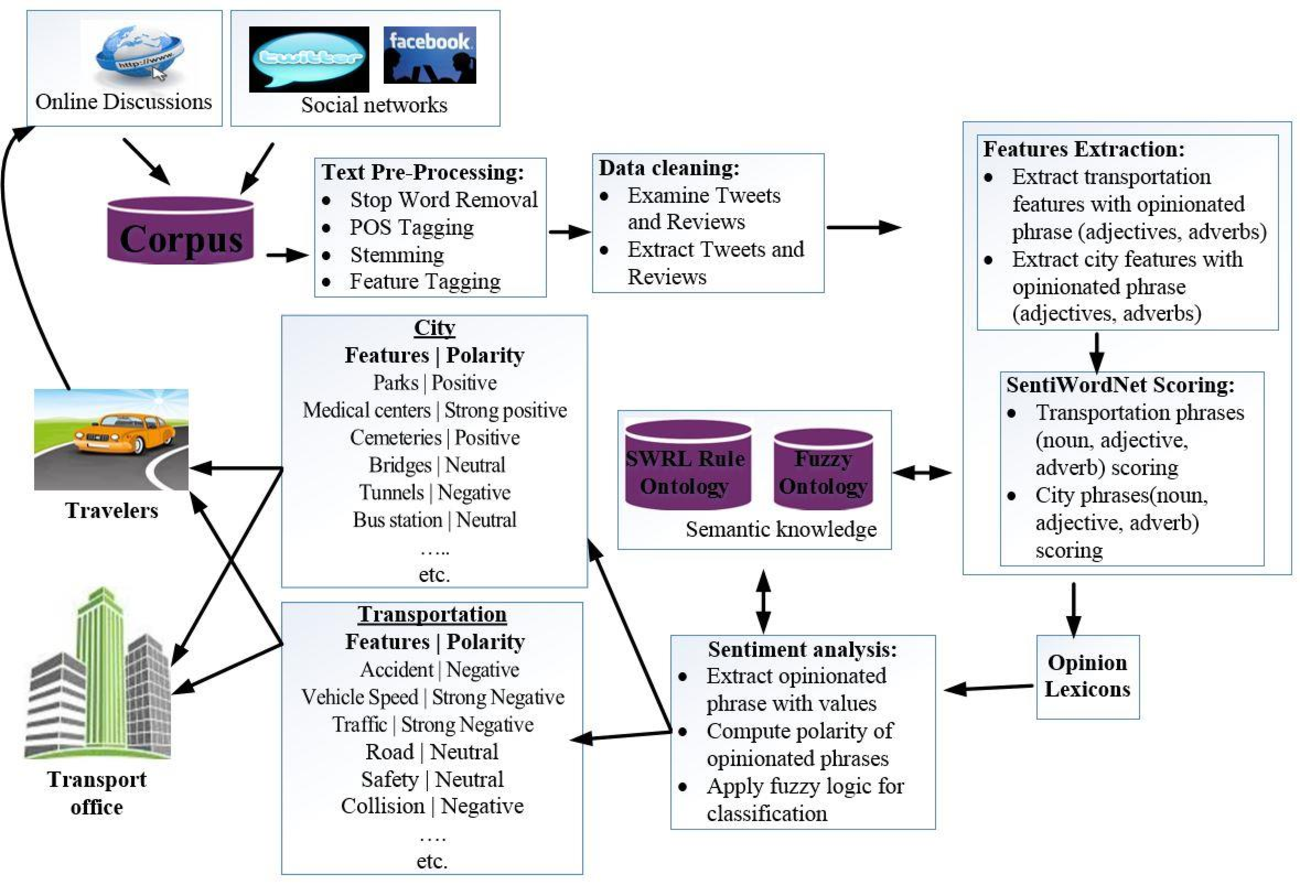 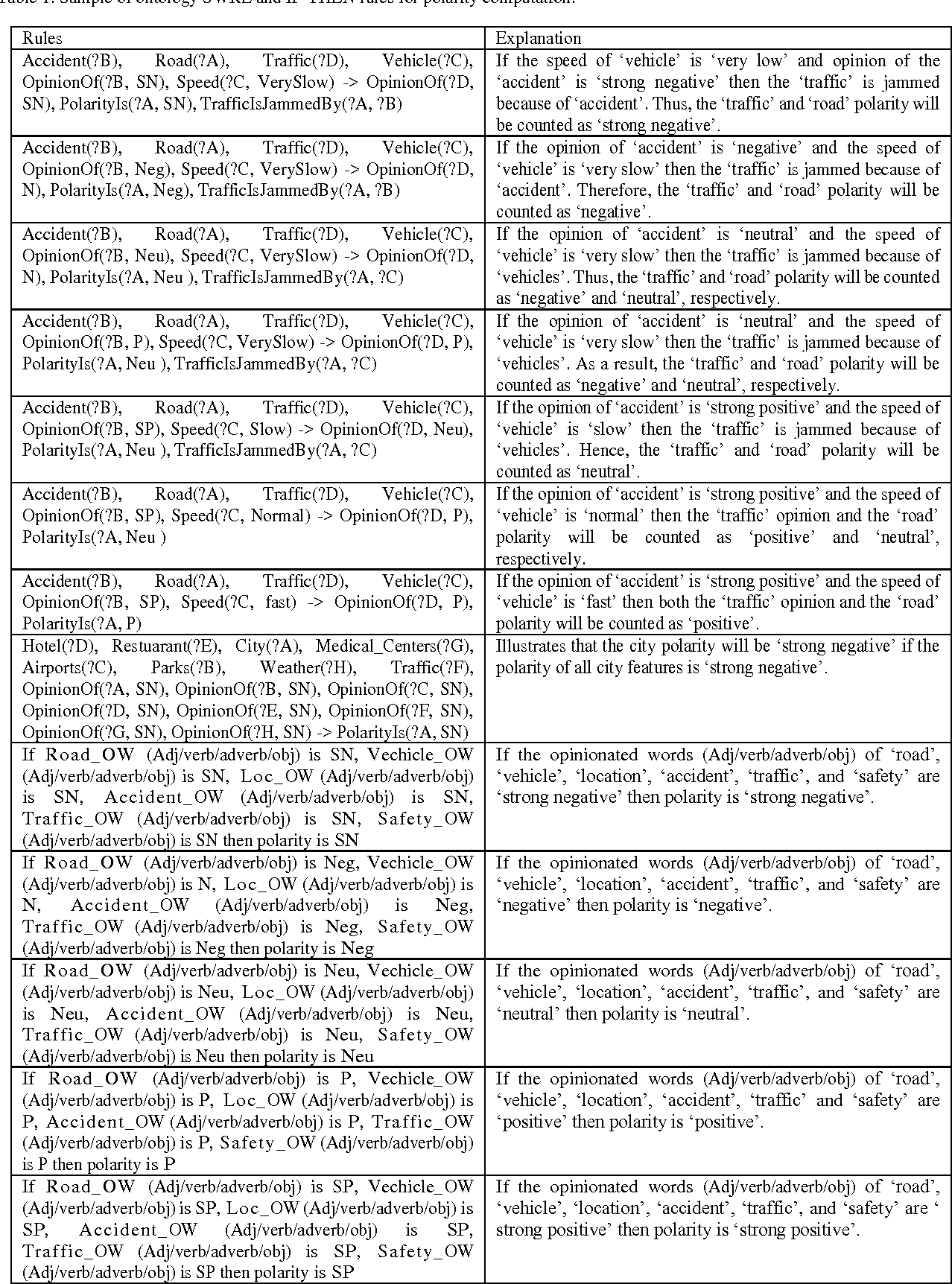 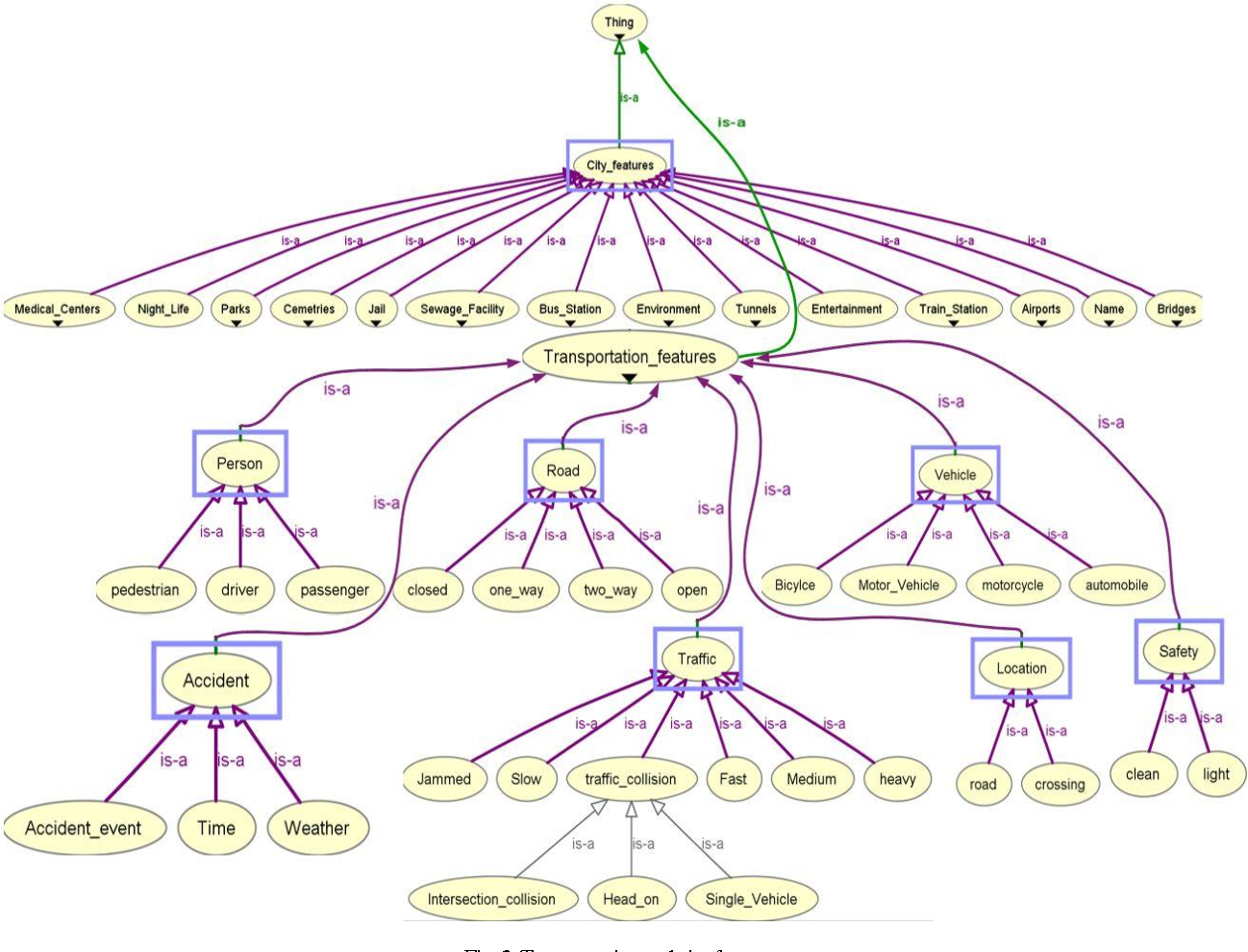 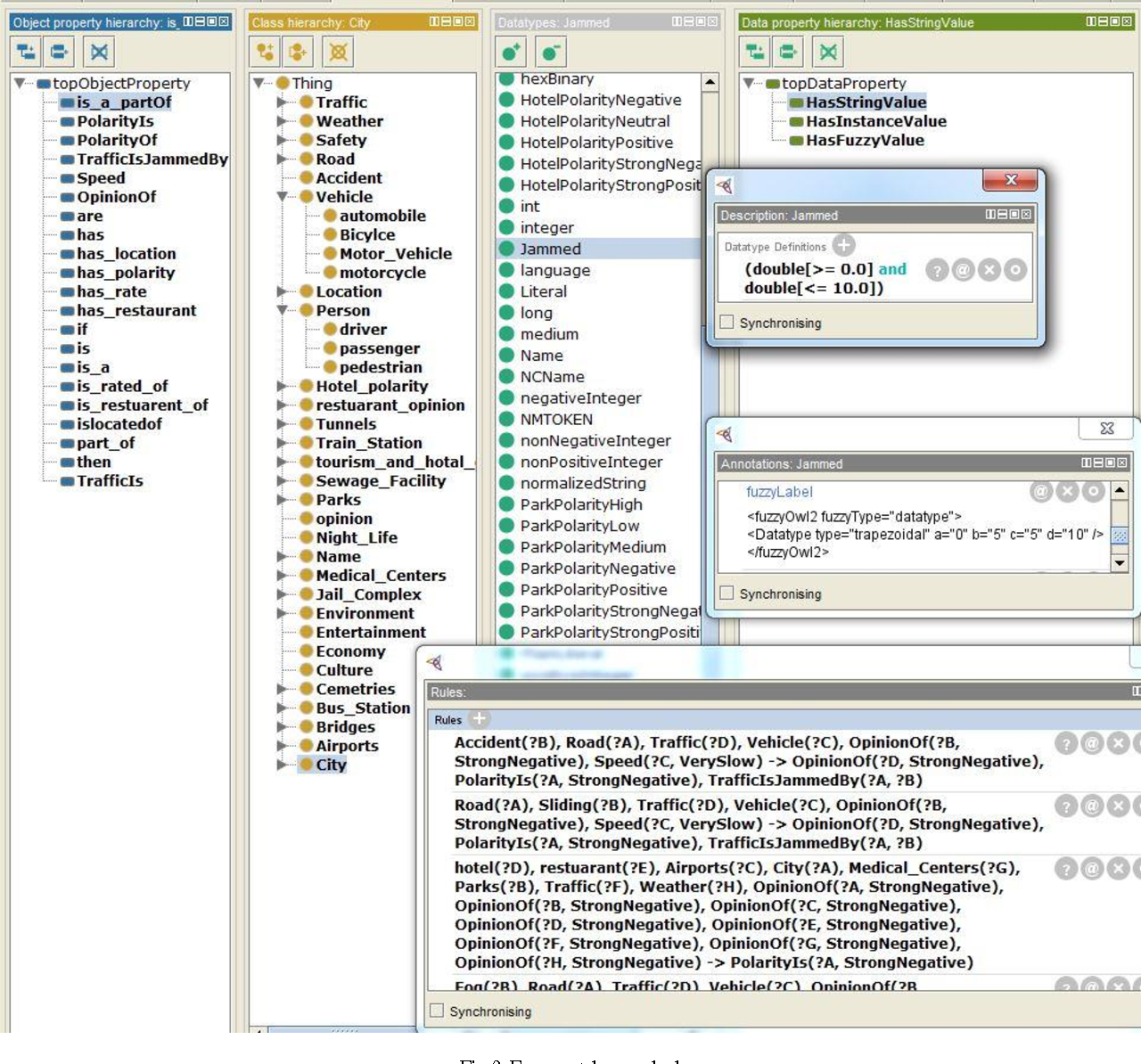 Traffic congestion is rapidly increasing in urban areas, particularly in mega cities. To date, there exist a few sensor network based systems to address this problem. However, these techniques are not suitable enough in terms of monitoring an entire transportation system and delivering emergency services when needed. These techniques require real-time data and intelligent ways to quickly determine traffic activity from useful information. In addition, these existing systems and websites on city transportation and travel rely on rating scores for different factors (e.g., safety, low crime rate, cleanliness, etc.). These rating scores are not efficient enough to deliver precise information, whereas reviews or tweets are significant, because they help travelers and transportation administrators to know about each aspect of the city. However, it is difficult for travelers to read, and for transportation systems to process, all reviews and tweets to obtain expressive sentiments regarding the needs of the city. The optimum solution for this kind of problem is analyzing the information available on social network platforms and performing sentiment analysis. On the other hand, crisp ontology-based frameworks cannot extract blurred information from tweets and reviews; therefore, they produce inadequate results. In this regard, this paper proposes fuzzy ontology-based sentiment analysis and SWRL rule-based decision-making to monitor transportation activities and to make a city- feature polarity map for travelers. This system retrieves reviews and tweets related to city features and transportation activities. The feature opinions are extracted from these retrieved data, and then fuzzy ontology is used to determine the transportation and city-feature polarity. A fuzzy ontology and an intelligent system prototype are developed by using Prot\'eg\'e OWL and Java, respectively. 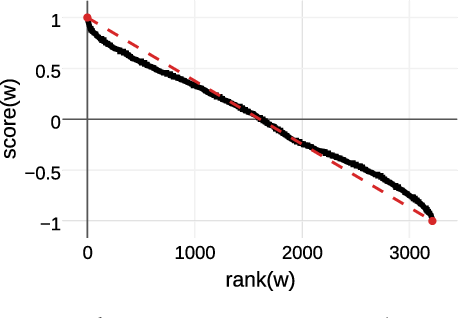 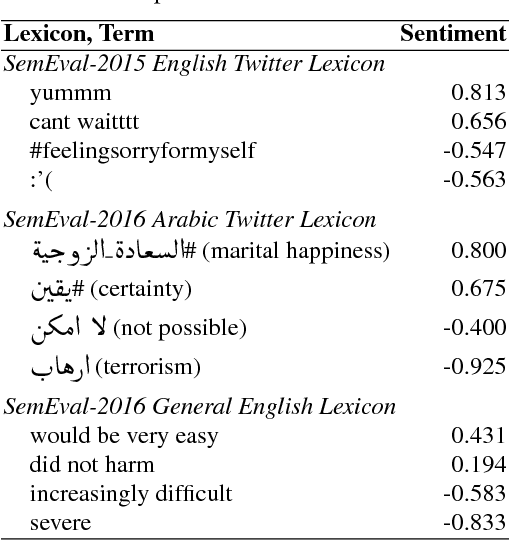 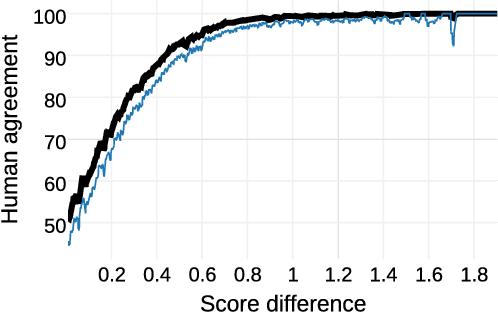 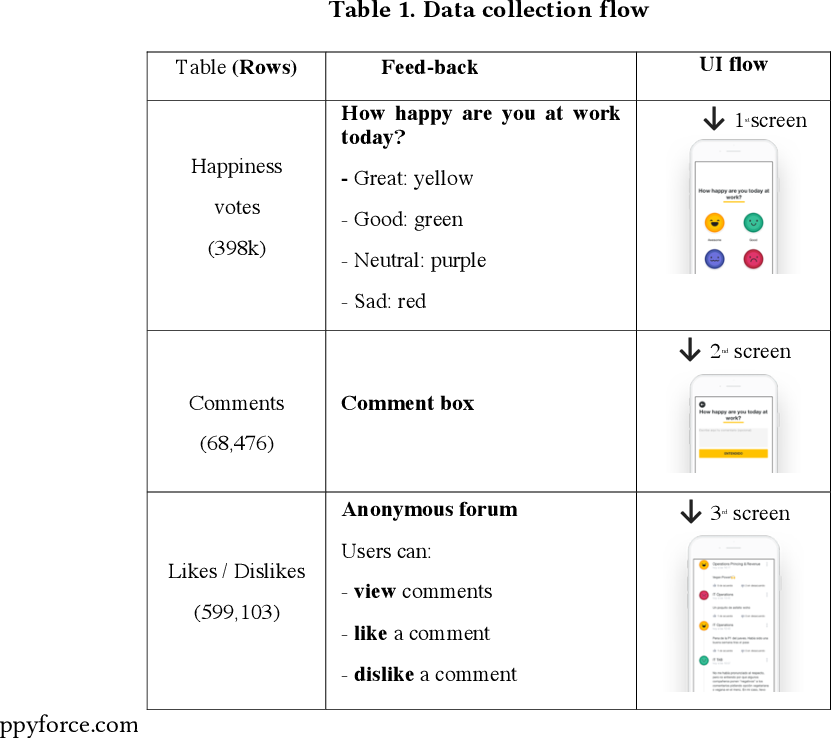 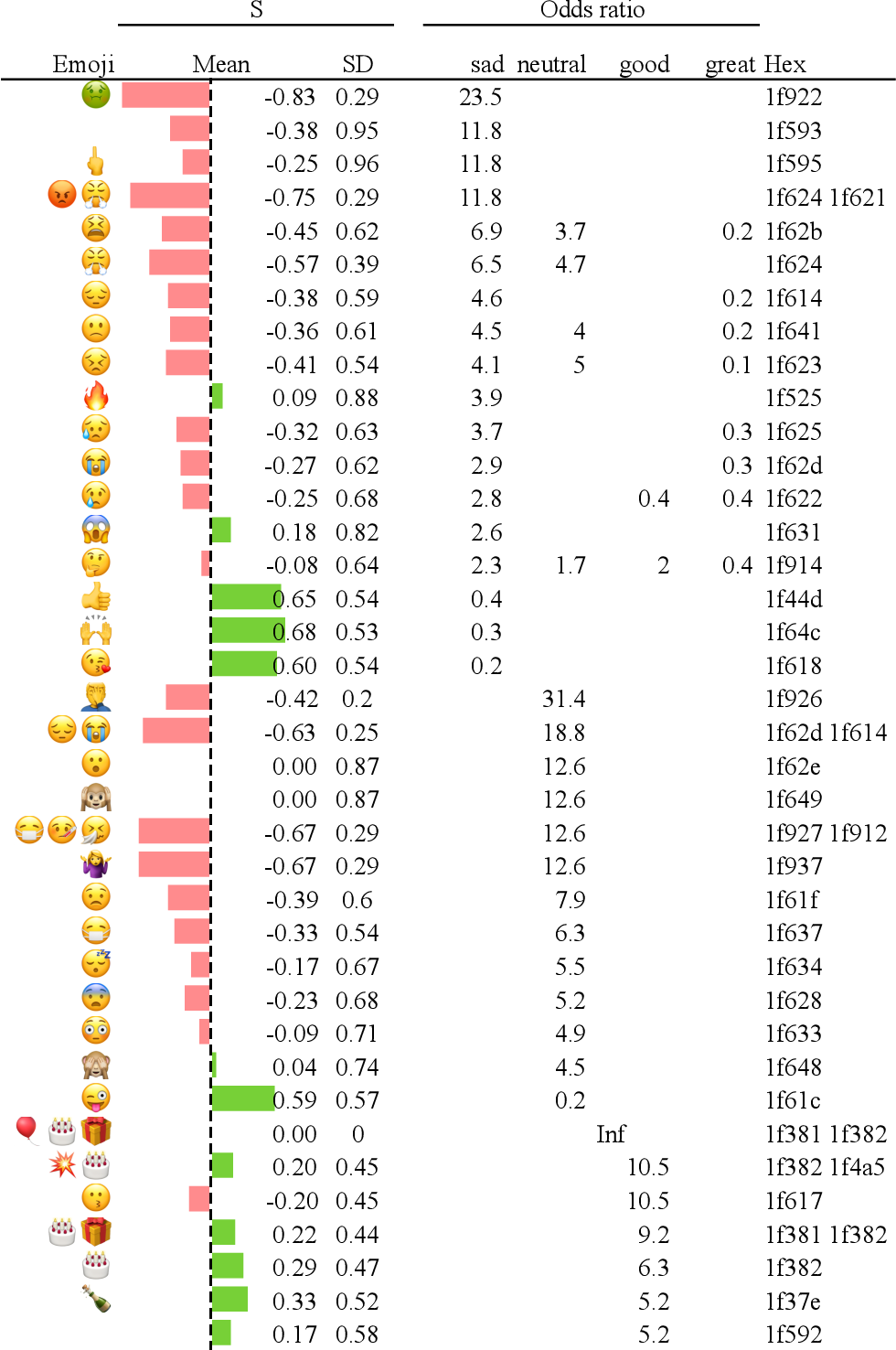 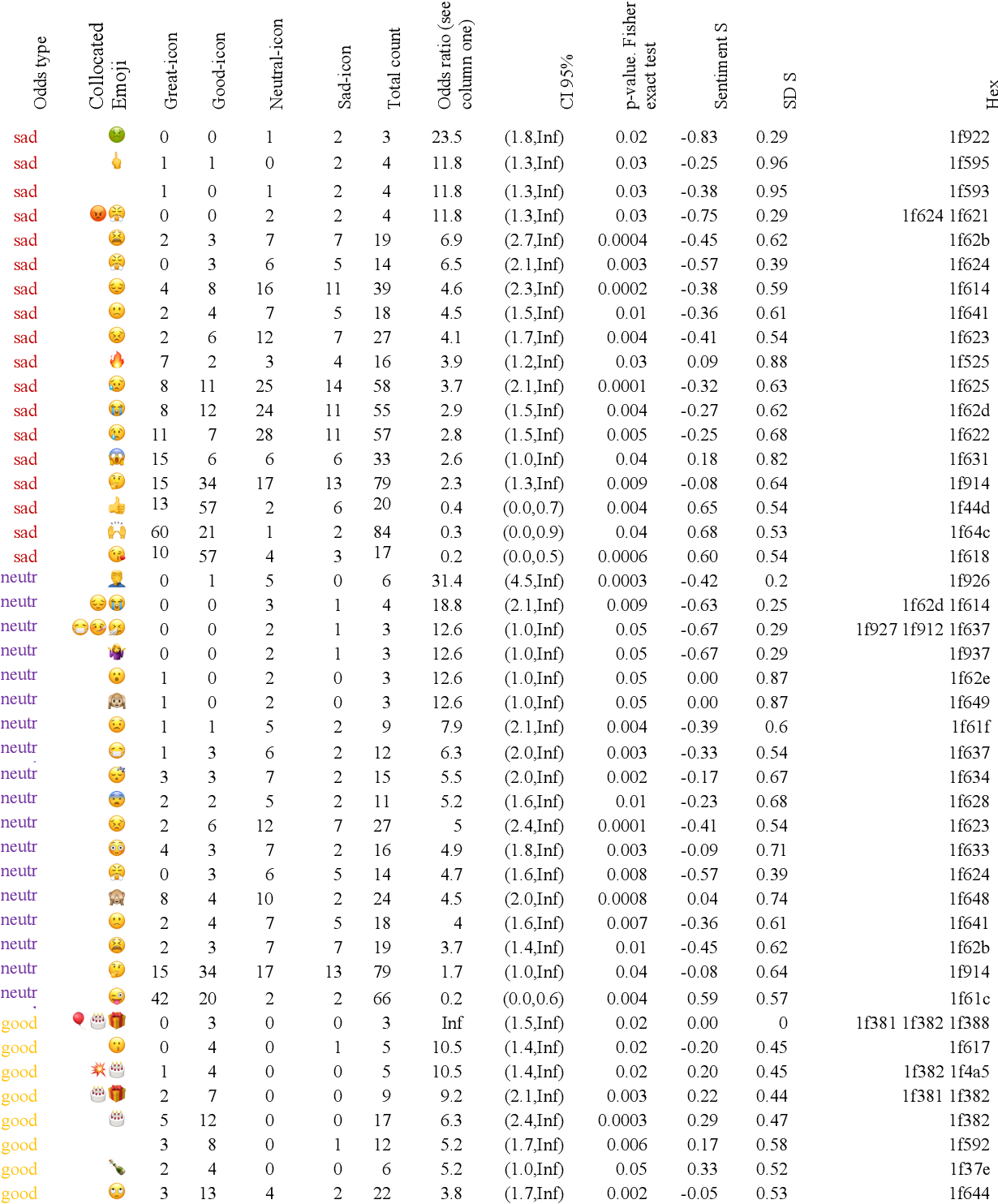 The sentiment of a given emoji is traditionally calculated by averaging the ratings {-1, 0 or +1} given by various users to a given context where the emoji appears. However, using such formula complicates the statistical significance analysis particularly for low sample sizes. Here, we provide sentiment scores using odds and a sentiment mapping to a 4-icon scale. We show how odds ratio statistics leads to simpler sentiment analysis. Finally, we provide a list of sentiment scores with the often-missing exact p-values and CI for the most common emoji.

Revisiting the Importance of Encoding Logic Rules in Sentiment Classification 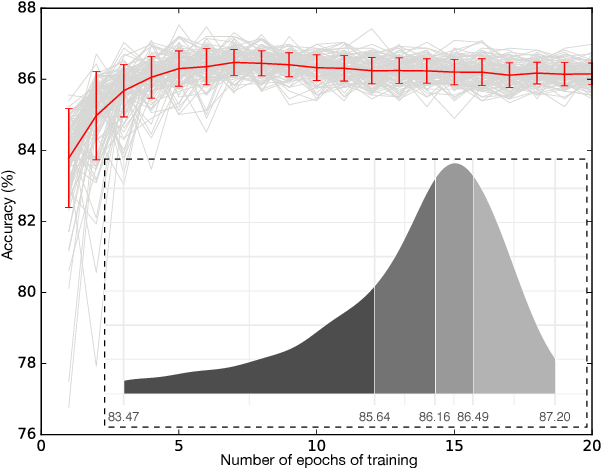 We analyze the performance of different sentiment classification models on syntactically complex inputs like A-but-B sentences. The first contribution of this analysis addresses reproducible research: to meaningfully compare different models, their accuracies must be averaged over far more random seeds than what has traditionally been reported. With proper averaging in place, we notice that the distillation model described in arXiv:1603.06318v4 [cs.LG], which incorporates explicit logic rules for sentiment classification, is ineffective. In contrast, using contextualized ELMo embeddings (arXiv:1802.05365v2 [cs.CL]) instead of logic rules yields significantly better performance. Additionally, we provide analysis and visualizations that demonstrate ELMo's ability to implicitly learn logic rules. Finally, a crowdsourced analysis reveals how ELMo outperforms baseline models even on sentences with ambiguous sentiment labels. 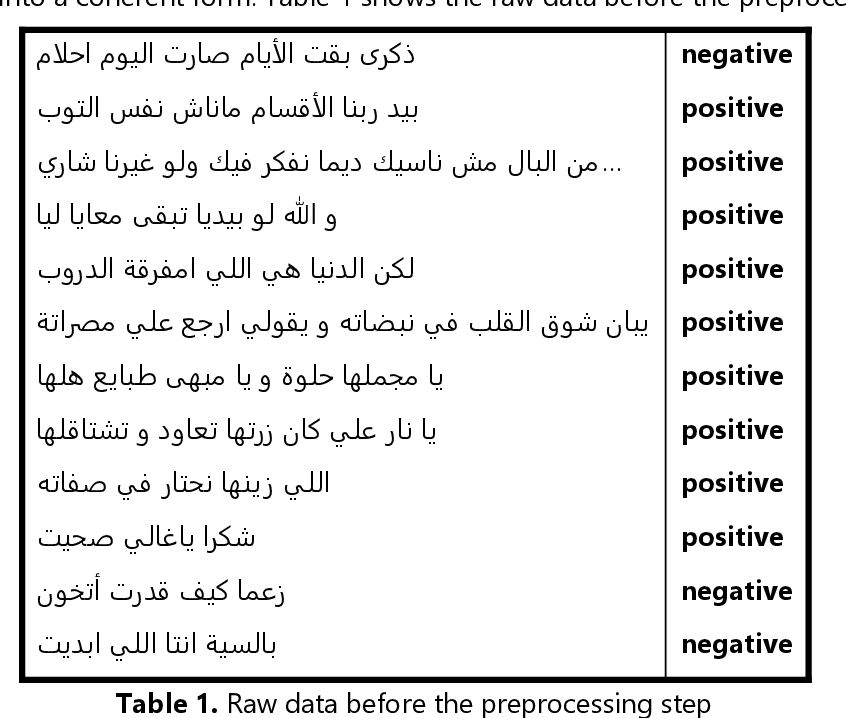 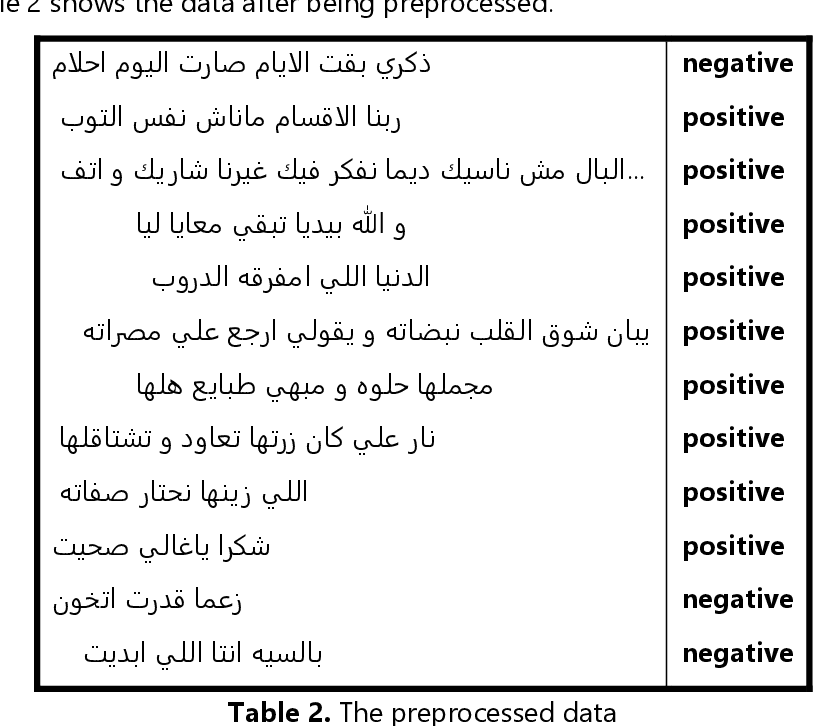