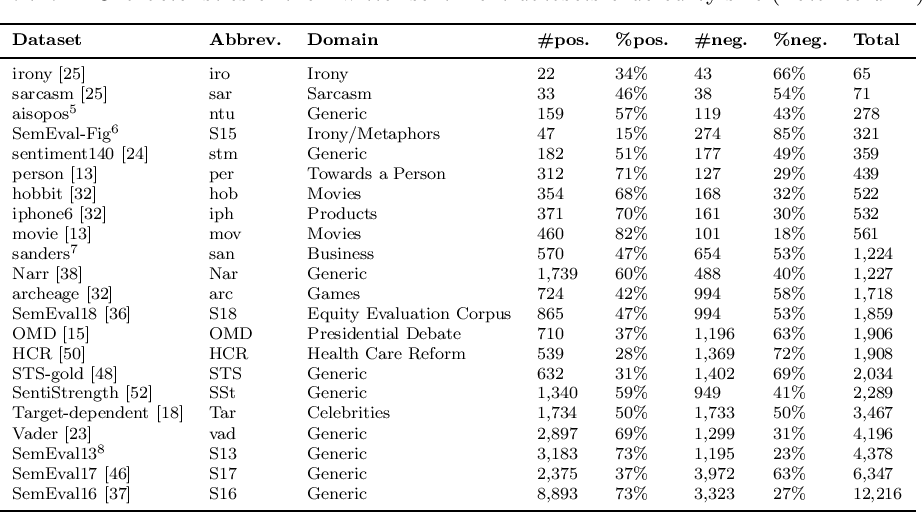 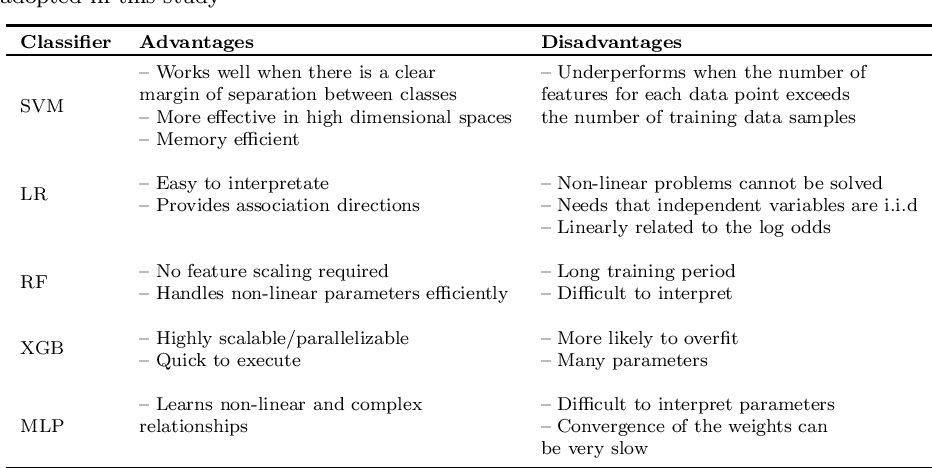 With the growth of social medias, such as Twitter, plenty of user-generated data emerge daily. The short texts published on Twitter -- the tweets -- have earned significant attention as a rich source of information to guide many decision-making processes. However, their inherent characteristics, such as the informal, and noisy linguistic style, remain challenging to many natural language processing (NLP) tasks, including sentiment analysis. Sentiment classification is tackled mainly by machine learning-based classifiers. The literature has adopted word representations from distinct natures to transform tweets to vector-based inputs to feed sentiment classifiers. The representations come from simple count-based methods, such as bag-of-words, to more sophisticated ones, such as BERTweet, built upon the trendy BERT architecture. Nevertheless, most studies mainly focus on evaluating those models using only a small number of datasets. Despite the progress made in recent years in language modelling, there is still a gap regarding a robust evaluation of induced embeddings applied to sentiment analysis on tweets. Furthermore, while fine-tuning the model from downstream tasks is prominent nowadays, less attention has been given to adjustments based on the specific linguistic style of the data. In this context, this study fulfils an assessment of existing language models in distinguishing the sentiment expressed in tweets by using a rich collection of 22 datasets from distinct domains and five classification algorithms. The evaluation includes static and contextualized representations. Contexts are assembled from Transformer-based autoencoder models that are also fine-tuned based on the masked language model task, using a plethora of strategies. 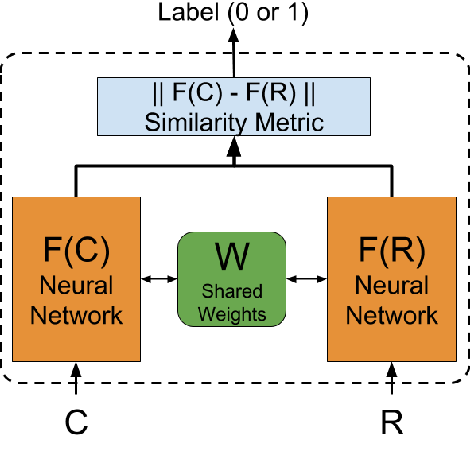 Code-mixed data is an important challenge of natural language processing because its characteristics completely vary from the traditional structures of standard languages. In this paper, we propose a novel approach called Sentiment Analysis of Code-Mixed Text (SACMT) to classify sentences into their corresponding sentiment - positive, negative or neutral, using contrastive learning. We utilize the shared parameters of siamese networks to map the sentences of code-mixed and standard languages to a common sentiment space. Also, we introduce a basic clustering based preprocessing method to capture variations of code-mixed transliterated words. Our experiments reveal that SACMT outperforms the state-of-the-art approaches in sentiment analysis for code-mixed text by 7.6% in accuracy and 10.1% in F-score. 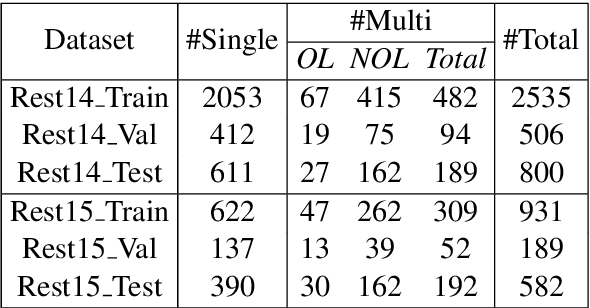 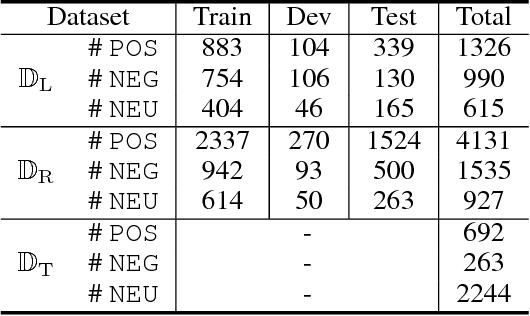 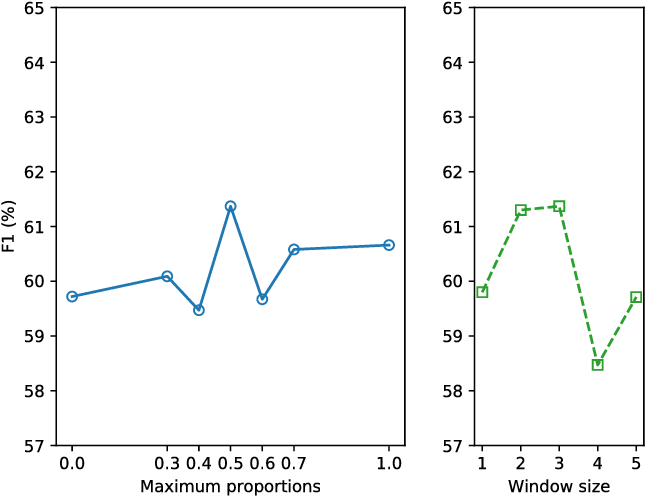 Target-based sentiment analysis involves opinion target extraction and target sentiment classification. However, most of the existing works usually studied one of these two sub-tasks alone, which hinders their practical use. This paper aims to solve the complete task of target-based sentiment analysis in an end-to-end fashion, and presents a novel unified model which applies a unified tagging scheme. Our framework involves two stacked recurrent neural networks: The upper one predicts the unified tags to produce the final output results of the primary target-based sentiment analysis; The lower one performs an auxiliary target boundary prediction aiming at guiding the upper network to improve the performance of the primary task. To explore the inter-task dependency, we propose to explicitly model the constrained transitions from target boundaries to target sentiment polarities. We also propose to maintain the sentiment consistency within an opinion target via a gate mechanism which models the relation between the features for the current word and the previous word. We conduct extensive experiments on three benchmark datasets and our framework achieves consistently superior results. 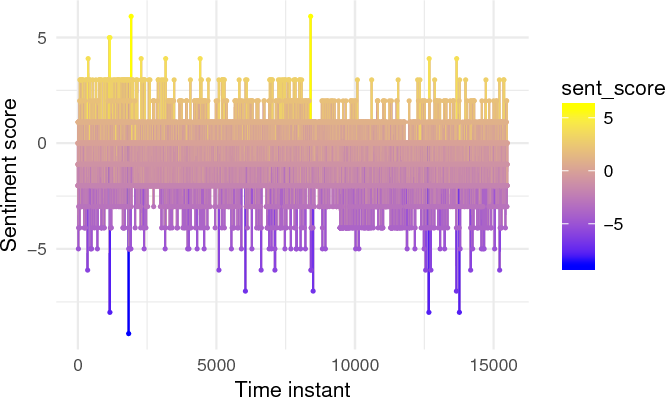 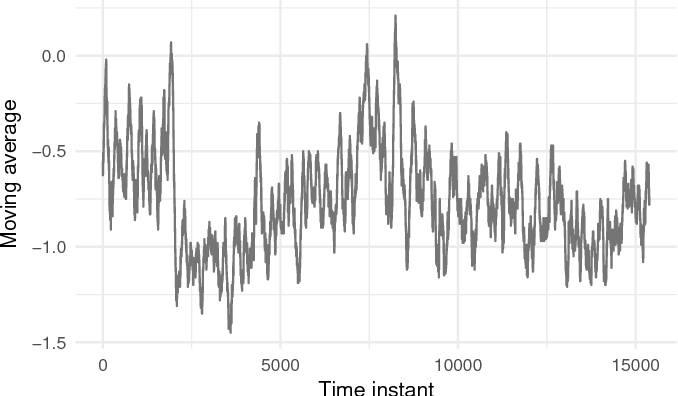 In the past few years, there has been a huge growth in Twitter sentiment analysis having already provided a fair amount of research on sentiment detection of public opinion among Twitter users. Given the fact that Twitter messages are generated constantly with dizzying rates, a huge volume of streaming data is created, thus there is an imperative need for accurate methods for knowledge discovery and mining of this information. Although there exists a plethora of twitter sentiment analysis methods in the recent literature, the researchers have shifted to real-time sentiment identification on twitter streaming data, as expected. A major challenge is to deal with the Big Data challenges arising in Twitter streaming applications concerning both Volume and Velocity. Under this perspective, in this paper, a methodological approach based on open source tools is provided for real-time detection of changes in sentiment that is ultra efficient with respect to both memory consumption and computational cost. This is achieved by iteratively collecting tweets in real time and discarding them immediately after their process. For this purpose, we employ the Lexicon approach for sentiment characterizations, while change detection is achieved through appropriate control charts that do not require historical information. We believe that the proposed methodology provides the trigger for a potential large-scale monitoring of threads in an attempt to discover fake news spread or propaganda efforts in their early stages. Our experimental real-time analysis based on a recent hashtag provides evidence that the proposed approach can detect meaningful sentiment changes across a hashtags lifetime.

Sentiment Classification of Customer Reviews about Automobiles in Roman Urdu 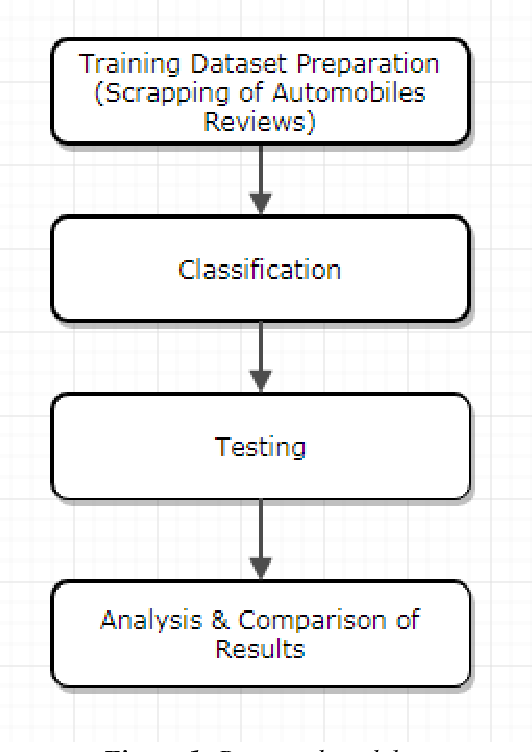 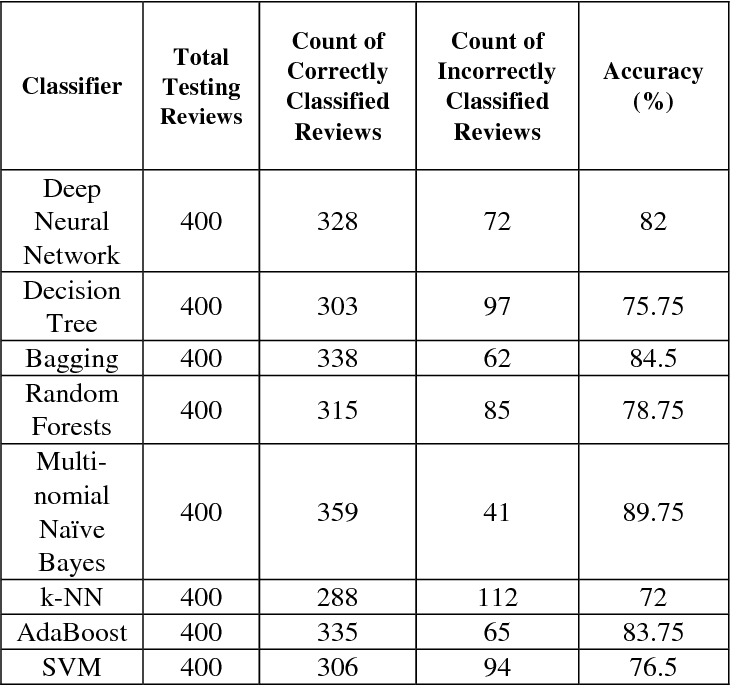 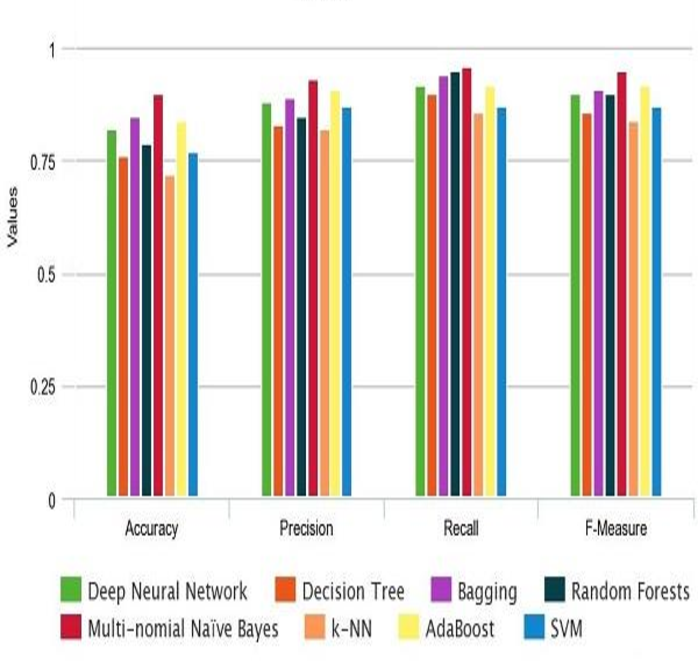 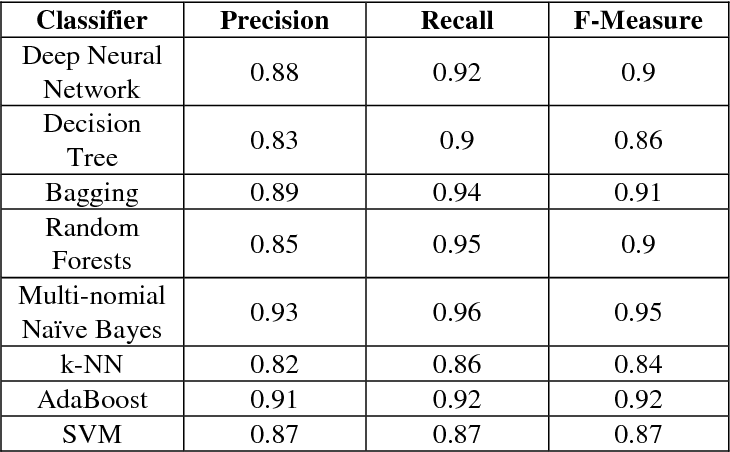 Text mining is a broad field having sentiment mining as its important constituent in which we try to deduce the behavior of people towards a specific item, merchandise, politics, sports, social media comments, review sites etc. Out of many issues in sentiment mining, analysis and classification, one major issue is that the reviews and comments can be in different languages like English, Arabic, Urdu etc. Handling each language according to its rules is a difficult task. A lot of research work has been done in English Language for sentiment analysis and classification but limited sentiment analysis work is being carried out on other regional languages like Arabic, Urdu and Hindi. In this paper, Waikato Environment for Knowledge Analysis (WEKA) is used as a platform to execute different classification models for text classification of Roman Urdu text. Reviews dataset has been scrapped from different automobiles sites. These extracted Roman Urdu reviews, containing 1000 positive and 1000 negative reviews, are then saved in WEKA attribute-relation file format (arff) as labeled examples. Training is done on 80% of this data and rest of it is used for testing purpose which is done using different models and results are analyzed in each case. The results show that Multinomial Naive Bayes outperformed Bagging, Deep Neural Network, Decision Tree, Random Forest, AdaBoost, k-NN and SVM Classifiers in terms of more accuracy, precision, recall and F-measure.

Adversarial Training for a Hybrid Approach to Aspect-Based Sentiment Analysis 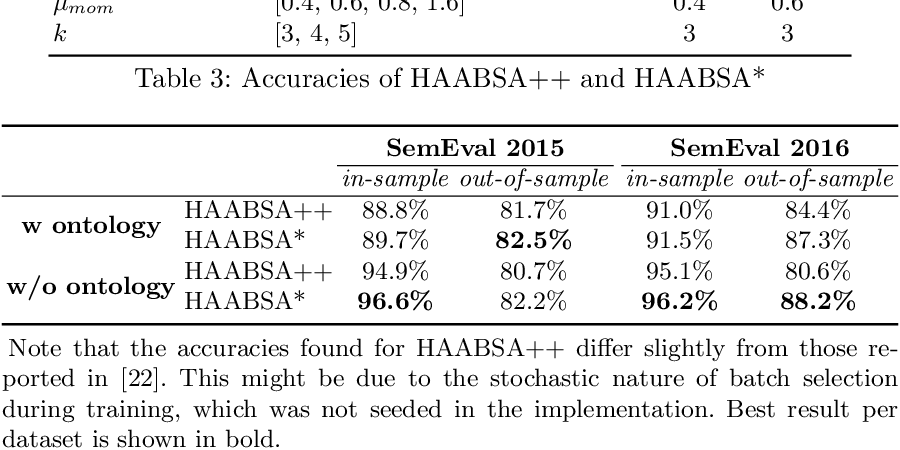 The increasing popularity of the Web has subsequently increased the abundance of reviews on products and services. Mining these reviews for expressed sentiment is beneficial for both companies and consumers, as quality can be improved based on this information. In this paper, we consider the state-of-the-art HAABSA++ algorithm for aspect-based sentiment analysis tasked with identifying the sentiment expressed towards a given aspect in review sentences. Specifically, we train the neural network part of this algorithm using an adversarial network, a novel machine learning training method where a generator network tries to fool the classifier network by generating highly realistic new samples, as such increasing robustness. This method, as of yet never in its classical form applied to aspect-based sentiment analysis, is found to be able to considerably improve the out-of-sample accuracy of HAABSA++: for the SemEval 2015 dataset, accuracy was increased from 81.7% to 82.5%, and for the SemEval 2016 task, accuracy increased from 84.4% to 87.3%. 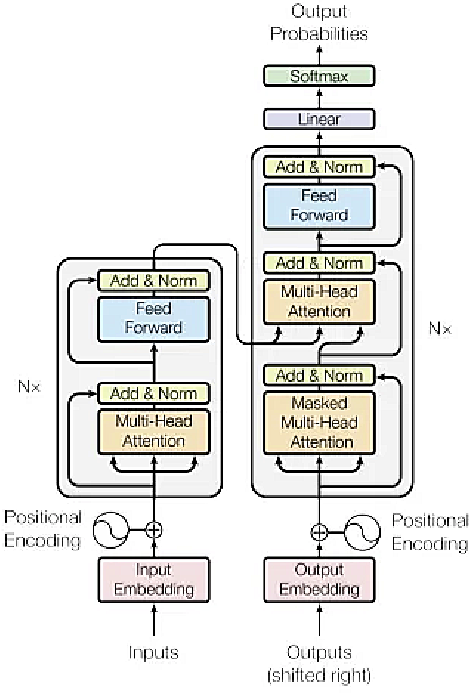 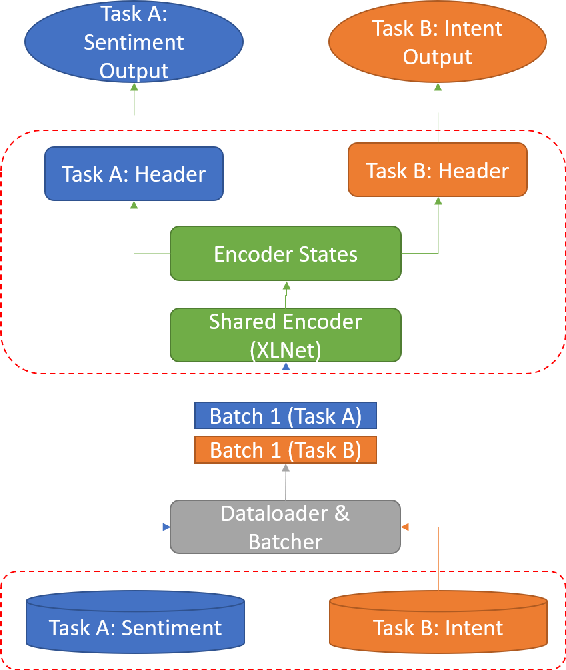 Citations are generally analyzed using only quantitative measures while excluding qualitative aspects such as sentiment and intent. However, qualitative aspects provide deeper insights into the impact of a scientific research artifact and make it possible to focus on relevant literature free from bias associated with quantitative aspects. Therefore, it is possible to rank and categorize papers based on their sentiment and intent. For this purpose, larger citation sentiment datasets are required. However, from a time and cost perspective, curating a large citation sentiment dataset is a challenging task. Particularly, citation sentiment analysis suffers from both data scarcity and tremendous costs for dataset annotation. To overcome the bottleneck of data scarcity in the citation analysis domain we explore the impact of out-domain data during training to enhance the model performance. Our results emphasize the use of different scheduling methods based on the use case. We empirically found that a model trained using sequential data scheduling is more suitable for domain-specific usecases. Conversely, shuffled data feeding achieves better performance on a cross-domain task. Based on our findings, we propose an end-to-end trainable multi-task model that covers the sentiment and intent analysis that utilizes out-domain datasets to overcome the data scarcity. 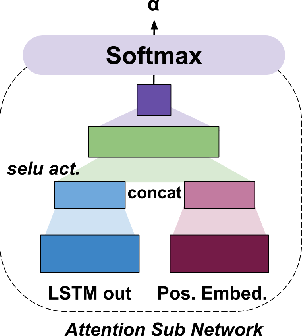 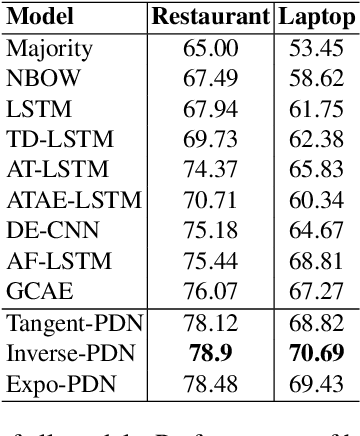 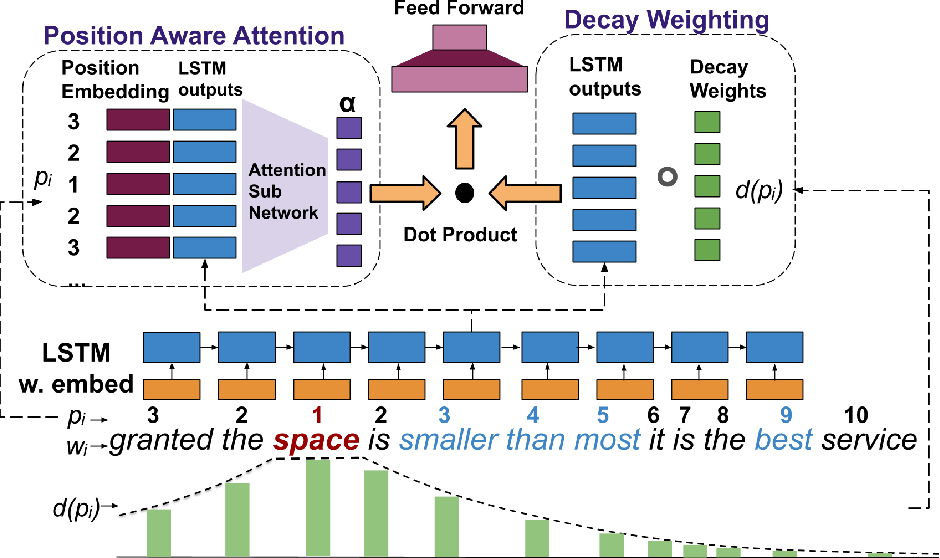