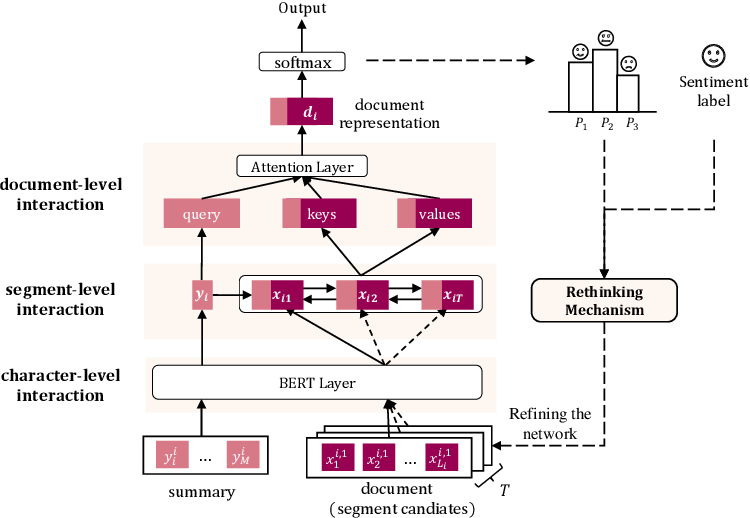 Document-level Sentiment Analysis (DSA) is more challenging due to vague semantic links and complicate sentiment information. Recent works have been devoted to leveraging text summarization and have achieved promising results. However, these summarization-based methods did not take full advantage of the summary including ignoring the inherent interactions between the summary and document. As a result, they limited the representation to express major points in the document, which is highly indicative of the key sentiment. In this paper, we study how to effectively generate a discriminative representation with explicit subject patterns and sentiment contexts for DSA. A Hierarchical Interaction Networks (HIN) is proposed to explore bidirectional interactions between the summary and document at multiple granularities and learn subject-oriented document representations for sentiment classification. Furthermore, we design a Sentiment-based Rethinking mechanism (SR) by refining the HIN with sentiment label information to learn a more sentiment-aware document representation. We extensively evaluate our proposed models on three public datasets. The experimental results consistently demonstrate the effectiveness of our proposed models and show that HIN-SR outperforms various state-of-the-art methods. 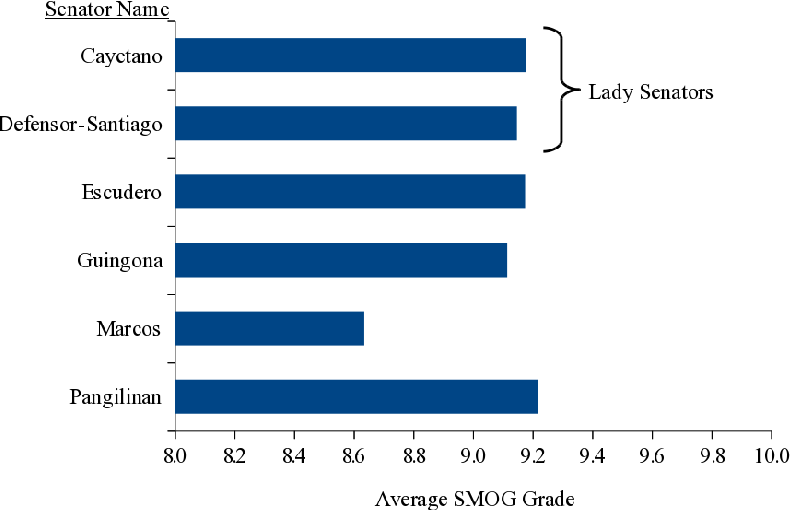 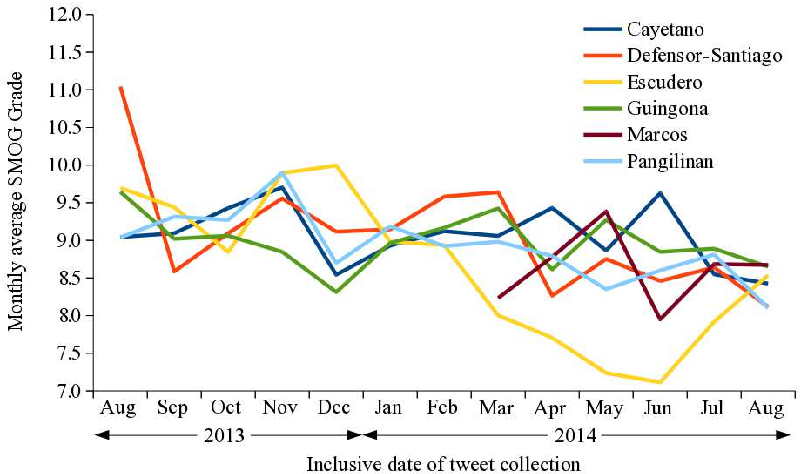 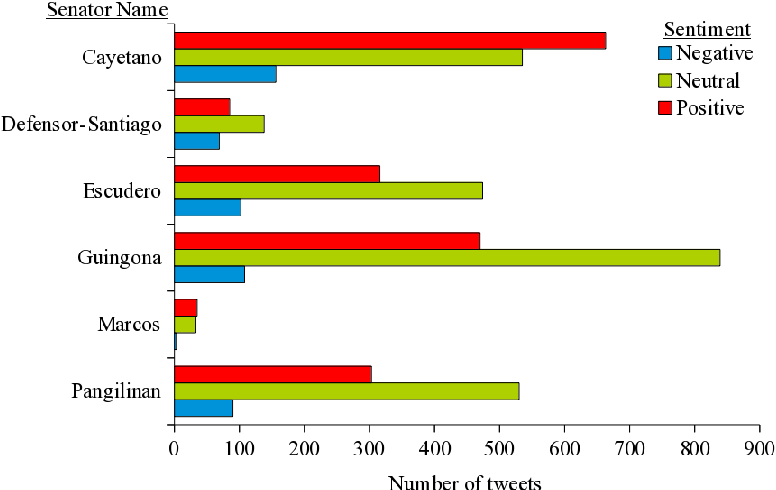 This paper presents the findings of a readability assessment and sentiment analysis of selected six Philippine senators' microposts over the popular Twitter microblog. Using the Simple Measure of Gobbledygook (SMOG), tweets of Senators Cayetano, Defensor-Santiago, Pangilinan, Marcos, Guingona, and Escudero were assessed. A sentiment analysis was also done to determine the polarity of the senators' respective microposts. Results showed that on the average, the six senators are tweeting at an eight to ten SMOG level. This means that, at least a sixth grader will be able to understand the senators' tweets. Moreover, their tweets are mostly neutral and their sentiments vary in unison at some period of time. This could mean that a senator's tweet sentiment is affected by specific Philippine-based events.


* 13 pages, 6 figures, submitted to the Asia Pacific Journal on Education, Arts, and Sciences

This thesis explores the ways by how people express their opinions on German Twitter, examines current approaches to automatic mining of these feelings, and proposes novel methods, which outperform state-of-the-art techniques. For this purpose, I introduce a new corpus of German tweets that have been manually annotated with sentiments, their targets and holders, as well as polar terms and their contextual modifiers. Using these data, I explore four major areas of sentiment research: (i) generation of sentiment lexicons, (ii) fine-grained opinion mining, (iii) message-level polarity classification, and (iv) discourse-aware sentiment analysis. In the first task, I compare three popular groups of lexicon generation methods: dictionary-, corpus-, and word-embedding-based ones, finding that dictionary-based systems generally yield better lexicons than the last two groups. Apart from this, I propose a linear projection algorithm, whose results surpass many existing automatic lexicons. Afterwords, in the second task, I examine two common approaches to automatic prediction of sentiments, sources, and targets: conditional random fields and recurrent neural networks, obtaining higher scores with the former model and improving these results even further by redefining the structure of CRF graphs. When dealing with message-level polarity classification, I juxtapose three major sentiment paradigms: lexicon-, machine-learning-, and deep-learning-based systems, and try to unite the first and last of these groups by introducing a bidirectional neural network with lexicon-based attention. Finally, in order to make the new classifier aware of discourse structure, I let it separately analyze the elementary discourse units of each microblog and infer the overall polarity of a message from the scores of its EDUs with the help of two new approaches: latent-marginalized CRFs and Recursive Dirichlet Process. 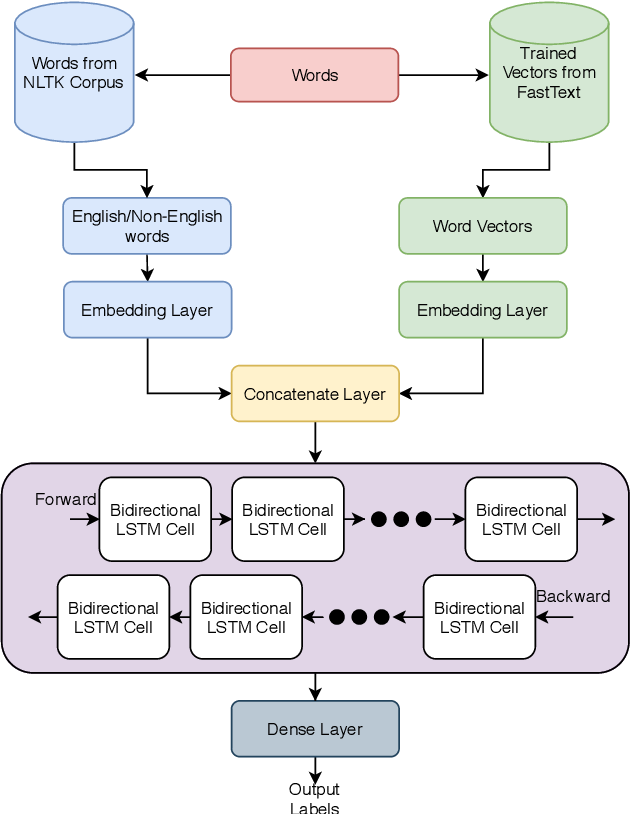 On the logistical difficulties and findings of Jopara Sentiment Analysis 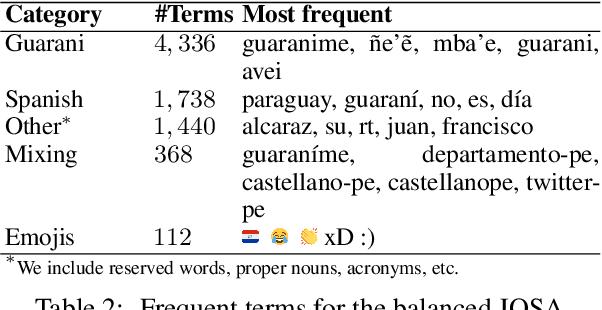 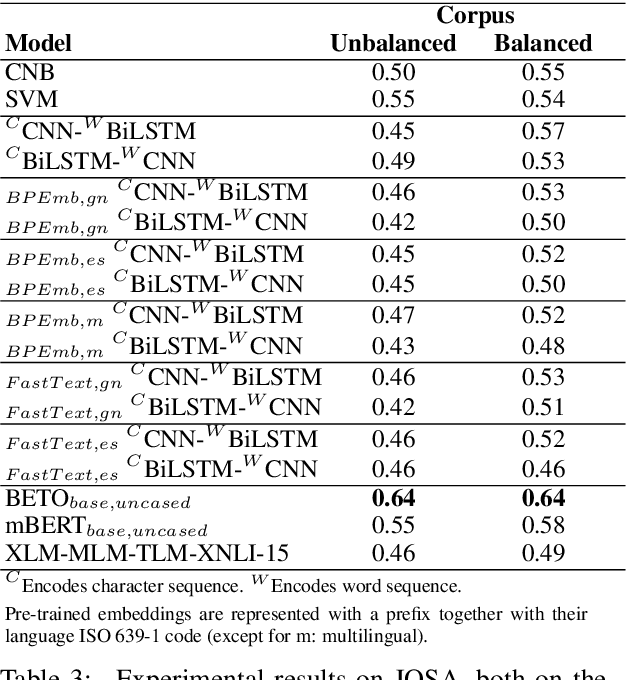 This paper addresses the problem of sentiment analysis for Jopara, a code-switching language between Guarani and Spanish. We first collect a corpus of Guarani-dominant tweets and discuss on the difficulties of finding quality data for even relatively easy-to-annotate tasks, such as sentiment analysis. Then, we train a set of neural models, including pre-trained language models, and explore whether they perform better than traditional machine learning ones in this low-resource setup. Transformer architectures obtain the best results, despite not considering Guarani during pre-training, but traditional machine learning models perform close due to the low-resource nature of the problem. 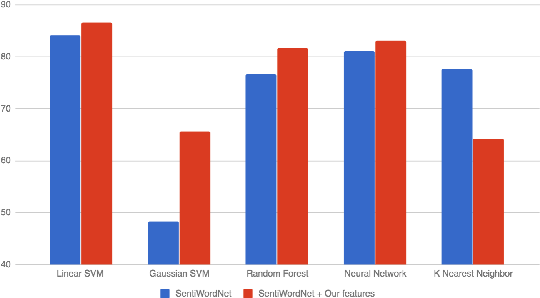 The presented work aims at generating a systematically annotated corpus that can support the enhancement of sentiment analysis tasks in Telugu using word-level sentiment annotations. From OntoSenseNet, we extracted 11,000 adjectives, 253 adverbs, 8483 verbs and sentiment annotation is being done by language experts. We discuss the methodology followed for the polarity annotations and validate the developed resource. This work aims at developing a benchmark corpus, as an extension to SentiWordNet, and baseline accuracy for a model where lexeme annotations are applied for sentiment predictions. The fundamental aim of this paper is to validate and study the possibility of utilizing machine learning algorithms, word-level sentiment annotations in the task of automated sentiment identification. Furthermore, accuracy is improved by annotating the bi-grams extracted from the target corpus.


* Accepted as Long Paper at Student Research Workshop in 56th Annual Meeting of the Association for Computational Linguistics, ACL-2018

The increasing use of social media sites in countries like India has given rise to large volumes of code-mixed data. Sentiment analysis of this data can provide integral insights into people's perspectives and opinions. Developing robust explainability techniques which explain why models make their predictions becomes essential. In this paper, we propose an adequate methodology to integrate explainable approaches into code-mixed sentiment analysis.