If you've got it, flaunt it: Making the most of fine-grained sentiment annotations 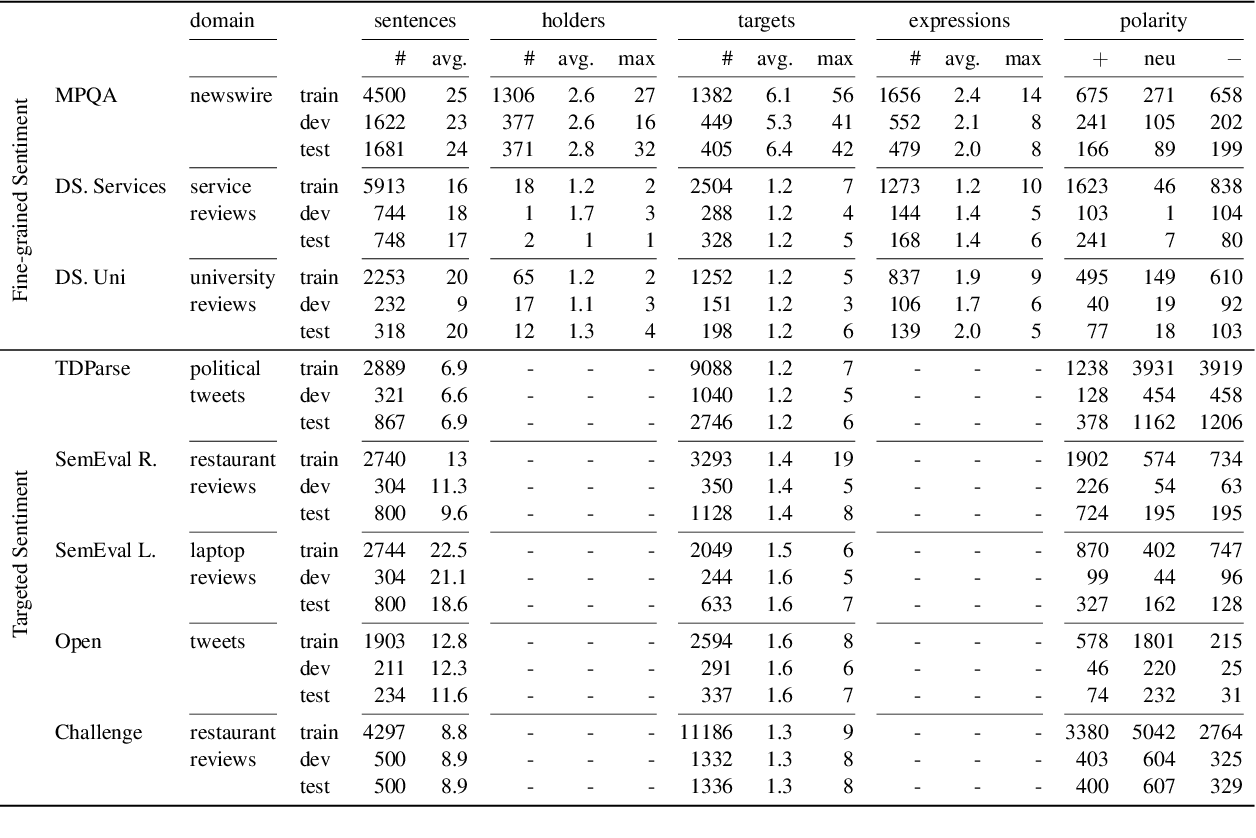 Fine-grained sentiment analysis attempts to extract sentiment holders, targets and polar expressions and resolve the relationship between them, but progress has been hampered by the difficulty of annotation. Targeted sentiment analysis, on the other hand, is a more narrow task, focusing on extracting sentiment targets and classifying their polarity.In this paper, we explore whether incorporating holder and expression information can improve target extraction and classification and perform experiments on eight English datasets. We conclude that jointly predicting target and polarity BIO labels improves target extraction, and that augmenting the input text with gold expressions generally improves targeted polarity classification. This highlights the potential importance of annotating expressions for fine-grained sentiment datasets. At the same time, our results show that performance of current models for predicting polar expressions is poor, hampering the benefit of this information in practice.

Target-Based Sentiment Analysis aims to detect the opinion aspects (aspect extraction) and the sentiment polarities (sentiment detection) towards them. Both the previous pipeline and integrated methods fail to precisely model the innate connection between these two objectives. In this paper, we propose a novel dynamic heterogeneous graph to jointly model the two objectives in an explicit way. Both the ordinary words and sentiment labels are treated as nodes in the heterogeneous graph, so that the aspect words can interact with the sentiment information. The graph is initialized with multiple types of dependencies, and dynamically modified during real-time prediction. Experiments on the benchmark datasets show that our model outperforms the state-of-the-art models. Further analysis demonstrates that our model obtains significant performance gain on the challenging instances under multiple-opinion aspects and no-opinion aspect situations. 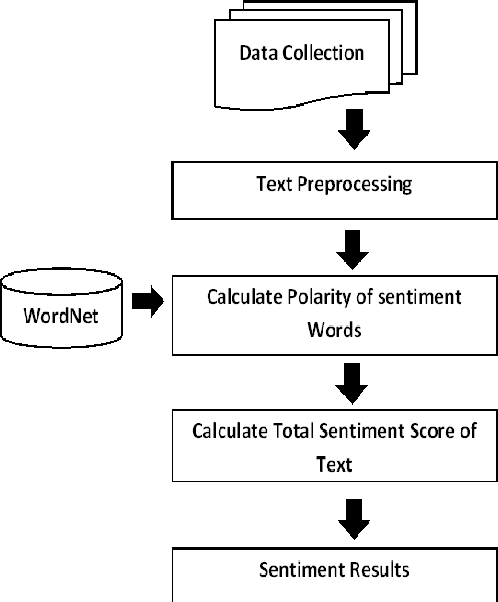 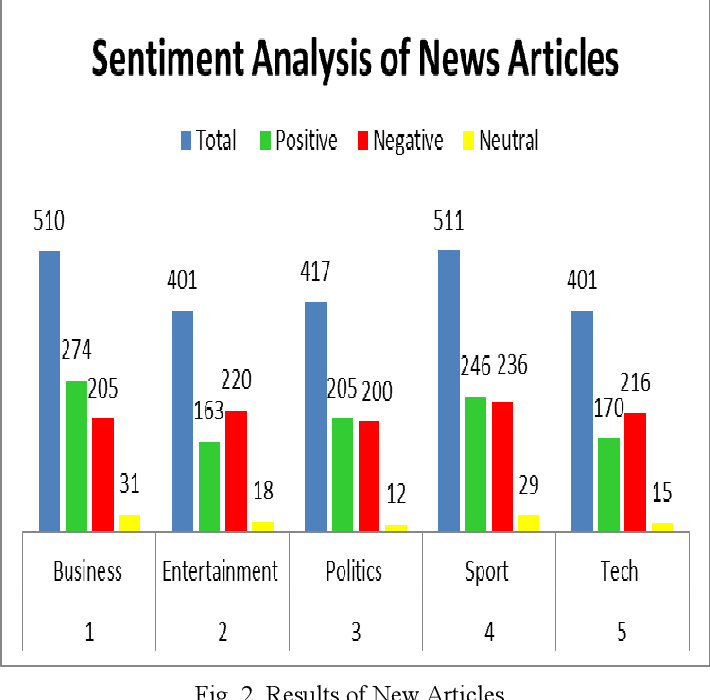 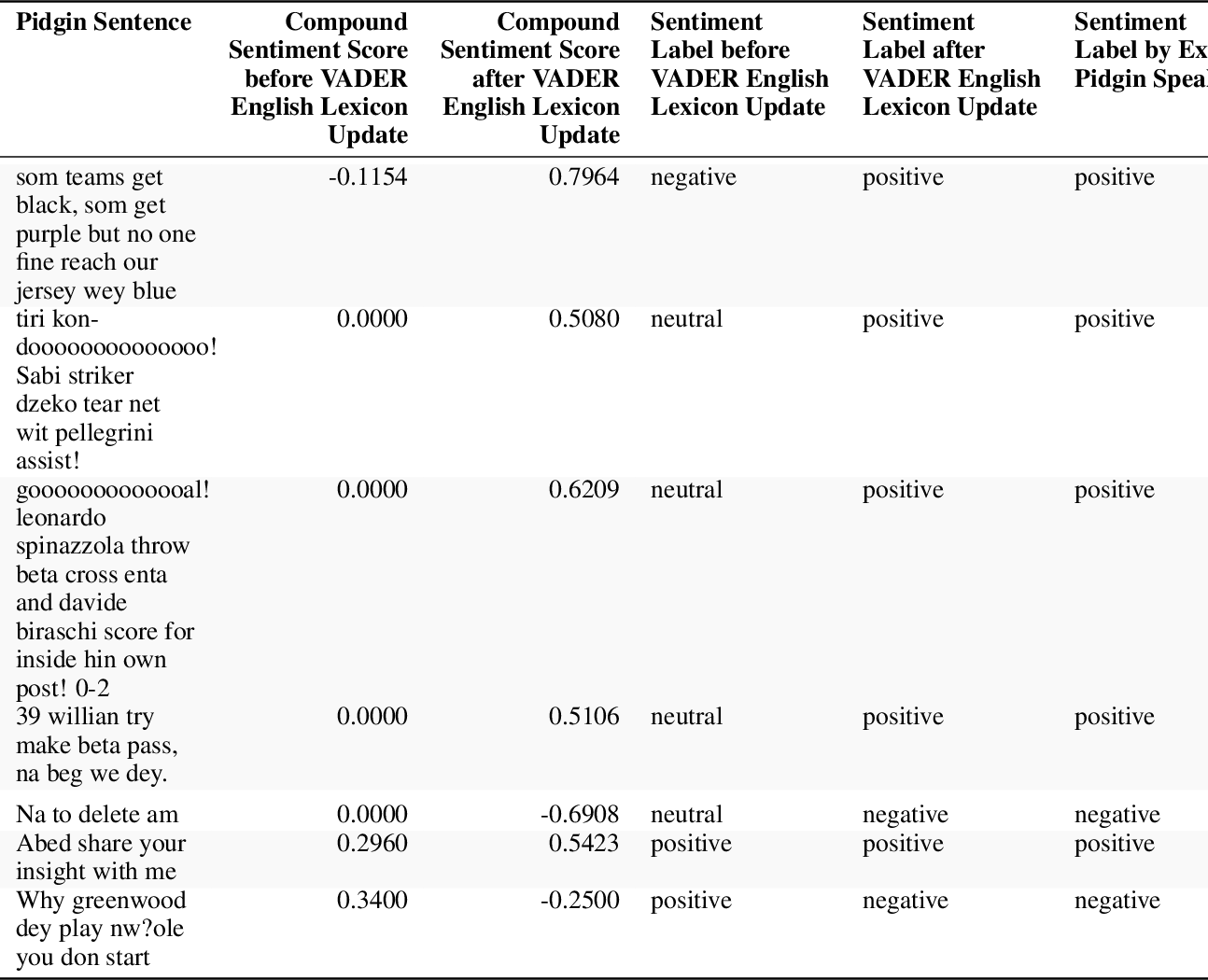 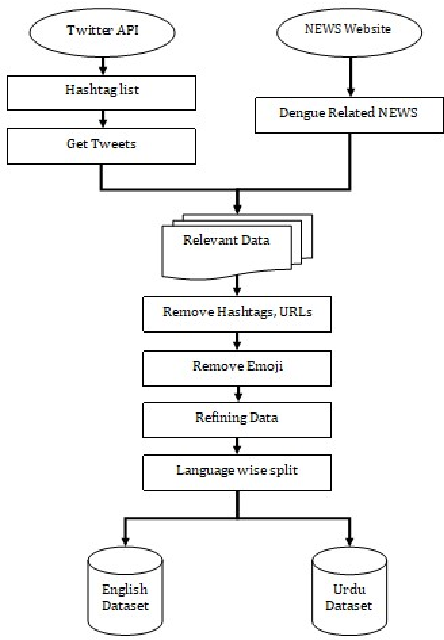 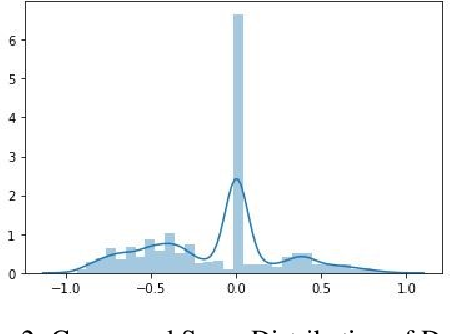 In recent years, sentiment analysis and emotion classification are two of the most abundantly used techniques in the field of Natural Language Processing (NLP). Although sentiment analysis and emotion classification are used commonly in applications such as analyzing customer reviews, the popularity of candidates contesting in elections, and comments about various sporting events; however, in this study, we have examined their application for epidemic outbreak detection. Early outbreak detection is the key to deal with epidemics effectively, however, the traditional ways of outbreak detection are time-consuming which inhibits prompt response from the respective departments. Social media platforms such as Twitter, Facebook, Instagram, etc. allow the users to express their thoughts related to different aspects of life, and therefore, serve as a substantial source of information in such situations. The proposed study exploits the bilingual (Urdu and English) data from Twitter and NEWS websites related to the dengue epidemic in Pakistan, and sentiment analysis and emotion classification are performed to acquire deep insights from the data set for gaining a fair idea related to an epidemic outbreak. Machine learning and deep learning algorithms have been used to train and implement the models for the execution of both tasks. The comparative performance of each model has been evaluated using accuracy, precision, recall, and f1-measure. 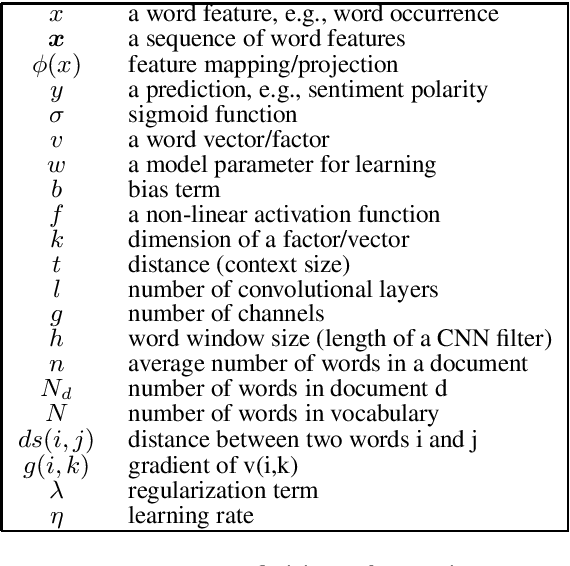 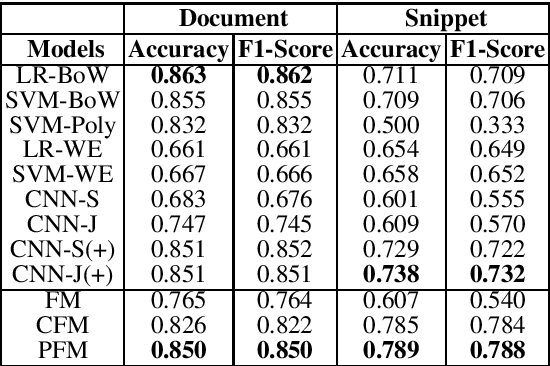 While existing machine learning models have achieved great success for sentiment classification, they typically do not explicitly capture sentiment-oriented word interaction, which can lead to poor results for fine-grained analysis at the snippet level (a phrase or sentence). Factorization Machine provides a possible approach to learning element-wise interaction for recommender systems, but they are not directly applicable to our task due to the inability to model contexts and word sequences. In this work, we develop two Position-aware Factorization Machines which consider word interaction, context and position information. Such information is jointly encoded in a set of sentiment-oriented word interaction vectors. Compared to traditional word embeddings, SWI vectors explicitly capture sentiment-oriented word interaction and simplify the parameter learning. Experimental results show that while they have comparable performance with state-of-the-art methods for document-level classification, they benefit the snippet/sentence-level sentiment analysis. 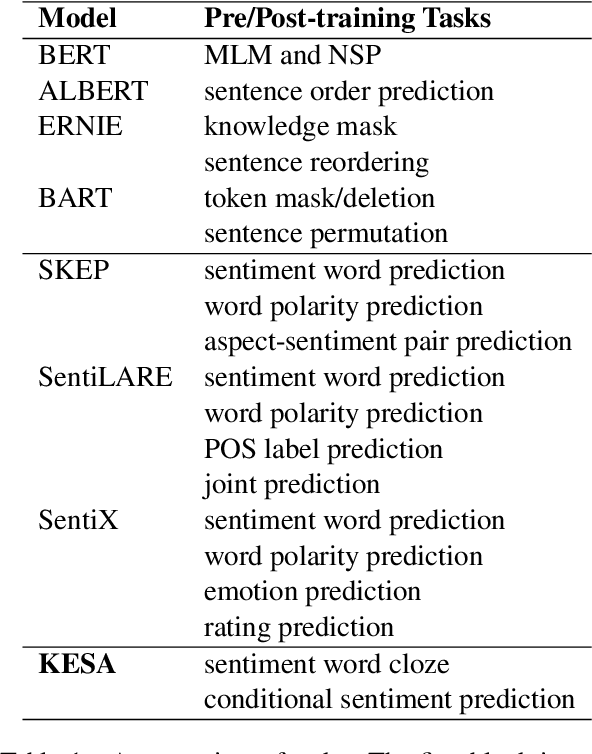 Predicting the Effects of News Sentiments on the Stock Market 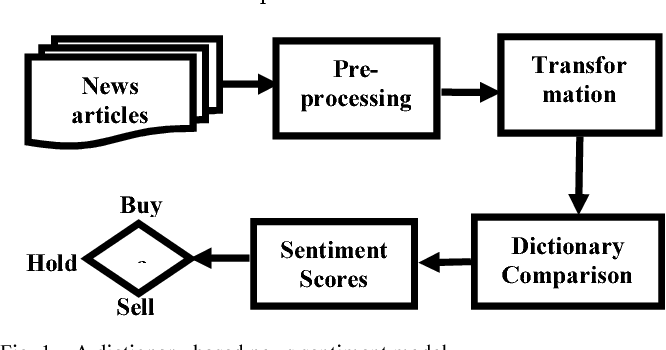 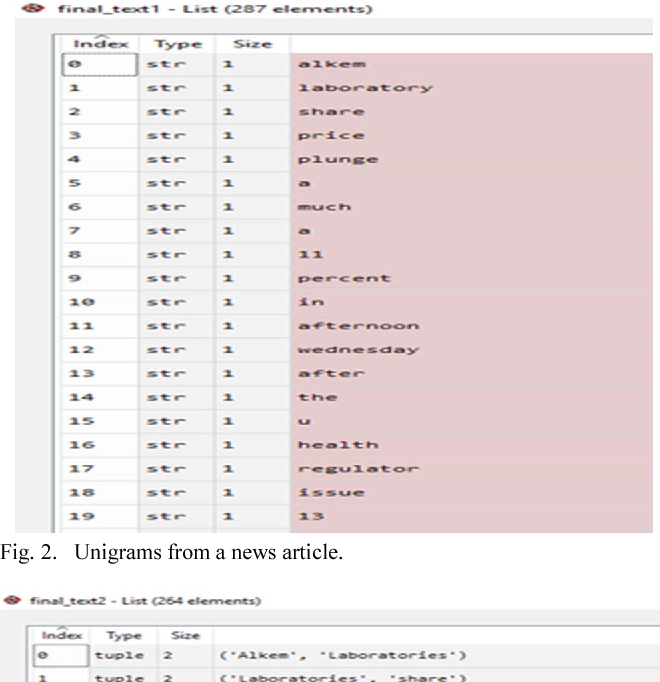 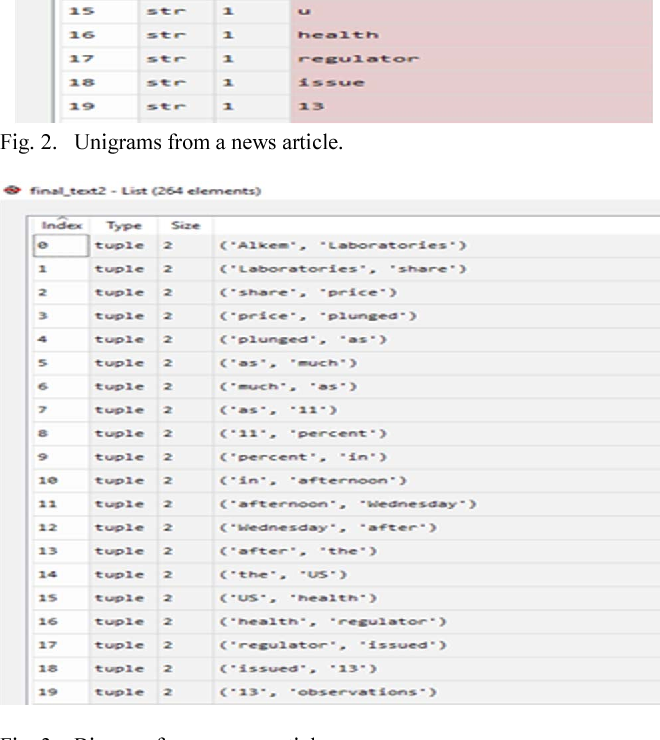 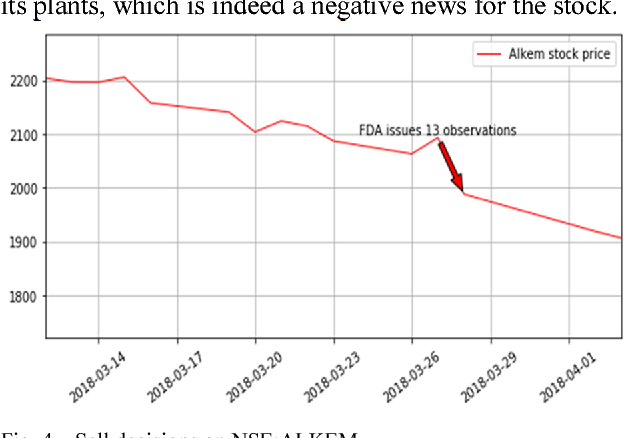 Stock market forecasting is very important in the planning of business activities. Stock price prediction has attracted many researchers in multiple disciplines including computer science, statistics, economics, finance, and operations research. Recent studies have shown that the vast amount of online information in the public domain such as Wikipedia usage pattern, news stories from the mainstream media, and social media discussions can have an observable effect on investors opinions towards financial markets. The reliability of the computational models on stock market prediction is important as it is very sensitive to the economy and can directly lead to financial loss. In this paper, we retrieved, extracted, and analyzed the effects of news sentiments on the stock market. Our main contributions include the development of a sentiment analysis dictionary for the financial sector, the development of a dictionary-based sentiment analysis model, and the evaluation of the model for gauging the effects of news sentiments on stocks for the pharmaceutical market. Using only news sentiments, we achieved a directional accuracy of 70.59% in predicting the trends in short-term stock price movement.

In order to maximize the applicability of sentiment analysis results, it is necessary to not only classify the overall sentiment (positive/negative) of a given document but also to identify the main words that contribute to the classification. However, most datasets for sentiment analysis only have the sentiment label for each document or sentence. In other words, there is no information about which words play an important role in sentiment classification. In this paper, we propose a method for identifying key words discriminating positive and negative sentences by using a weakly supervised learning method based on a convolutional neural network (CNN). In our model, each word is represented as a continuous-valued vector and each sentence is represented as a matrix whose rows correspond to the word vector used in the sentence. Then, the CNN model is trained using these sentence matrices as inputs and the sentiment labels as the output. Once the CNN model is trained, we implement the word attention mechanism that identifies high-contributing words to classification results with a class activation map, using the weights from the fully connected layer at the end of the learned CNN model. In order to verify the proposed methodology, we evaluated the classification accuracy and inclusion rate of polarity words using two movie review datasets. Experimental result show that the proposed model can not only correctly classify the sentence polarity but also successfully identify the corresponding words with high polarity scores. 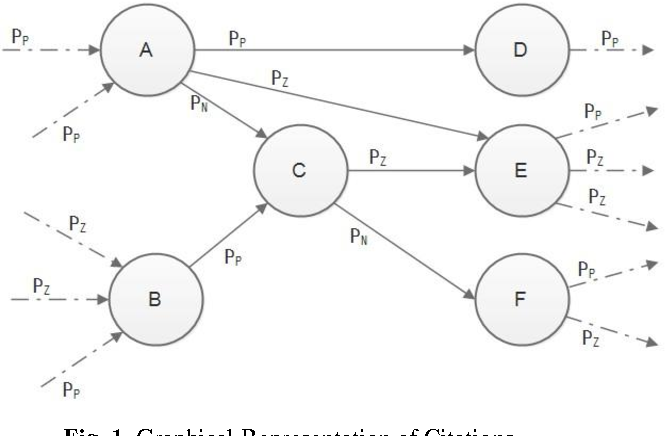 Whenever human beings interact with each other, they exchange or express opinions, emotions, and sentiments. These opinions can be expressed in text, speech or images. Analysis of these sentiments is one of the popular research areas of present day researchers. Sentiment analysis, also known as opinion mining tries to identify or classify these sentiments or opinions into two broad categories - positive and negative. In recent years, the scientific community has taken a lot of interest in analyzing sentiment in textual data available in various social media platforms. Much work has been done on social media conversations, blog posts, newspaper articles and various narrative texts. However, when it comes to identifying emotions from scientific papers, researchers have faced some difficulties due to the implicit and hidden nature of opinion. By default, citation instances are considered inherently positive in emotion. Popular ranking and indexing paradigms often neglect the opinion present while citing. In this paper, we have tried to achieve three objectives. First, we try to identify the major sentiment in the citation text and assign a score to the instance. We have used a statistical classifier for this purpose. Secondly, we have proposed a new index (we shall refer to it hereafter as M-index) which takes into account both the quantitative and qualitative factors while scoring a paper. Thirdly, we developed a ranking of research papers based on the M-index. We also try to explain how the M-index impacts the ranking of scientific papers.