* This paper has been accepted by ACM RecSys'21 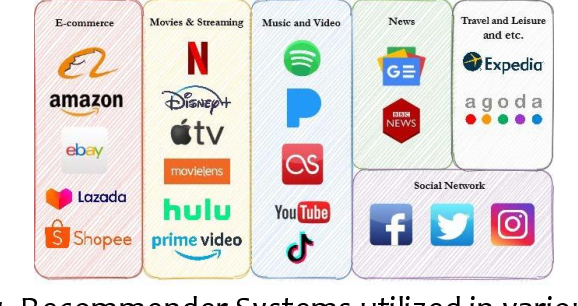 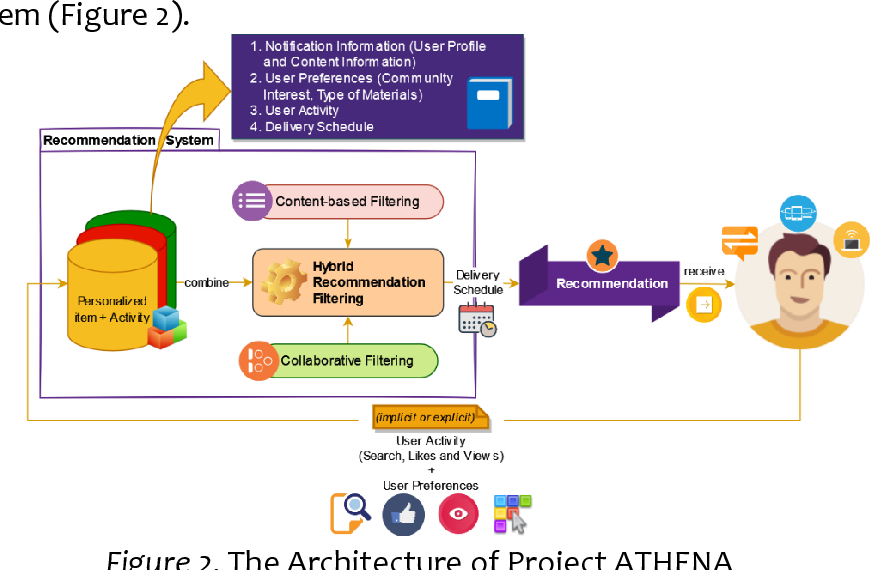 Project ATHENA aims to develop an application to address information overload, primarily focused on Recommendation Systems (RSs) with the personalization and user experience design of a modern system. Two machine learning (ML) algorithms were used: (1) TF-IDF for Content-based filtering (CBF); (2) Classification with Matrix Factorization- Singular Value Decomposition(SVD) applied with Collaborative filtering (CF) and mean (normalization) for prediction accuracy of the CF. Data sampling in academic Research and Development of Philippine Council for Agriculture, Aquatic, and Natural Resources Research and Development (PCAARRD) e-Library and Project SARAI publications plus simulated data used as training sets to generate a recommendation of items that uses the three RS filtering (CF, CBF, and personalized version of item recommendations). Series of Testing and TAM performed and discussed. Findings allow users to engage in online information and quickly evaluate retrieved items produced by the application. Compatibility-testing (CoT) shows the application is compatible with all major browsers and mobile-friendly. Performance-testing (PT) recommended v-parameter specs and TAM evaluations results indicate strongly associated with overall positive feedback, thoroughly enough to address the information-overload problem as the core of the paper. A modular architecture presented addressing the information overload, primarily focused on RSs with the personalization and design of modern systems. Developers utilized Two ML algorithms and prototyped a simplified version of the architecture. Series of testing (CoT and PT) and evaluations with TAM were performed and discussed. Project ATHENA added a UX feature design of a modern system.

Media recommender systems aim to capture users' preferences and provide precise personalized recommendation of media content. There are two critical components in the common paradigm of modern recommender models: (1) representation learning, which generates an embedding for each user and item; and (2) interaction modeling, which fits user preferences towards items based on their representations. Despite of great success, when a great amount of users and items exist, it usually needs to create, store, and optimize a huge embedding table, where the scale of model parameters easily reach millions or even larger. Hence, it naturally raises questions about the heavy recommender models: Do we really need such large-scale parameters? We get inspirations from the recently proposed lottery ticket hypothesis (LTH), which argues that the dense and over-parameterized model contains a much smaller and sparser sub-model that can reach comparable performance to the full model. In this paper, we extend LTH to media recommender systems, aiming to find the winning tickets in deep recommender models. To the best of our knowledge, this is the first work to study LTH in media recommender systems. With MF and LightGCN as the backbone models, we found that there widely exist winning tickets in recommender models. On three media convergence datasets -- Yelp2018, TikTok and Kwai, the winning tickets can achieve comparable recommendation performance with only 29%~48%, 7%~10% and 3%~17% of parameters, respectively. 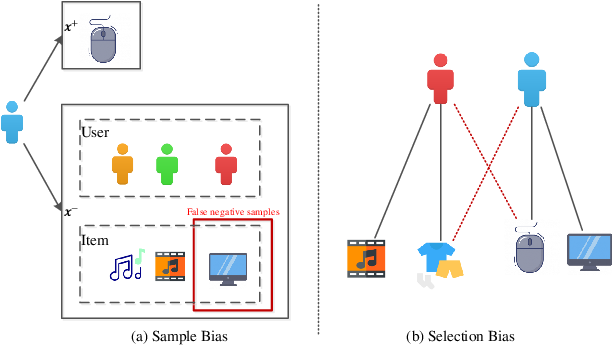 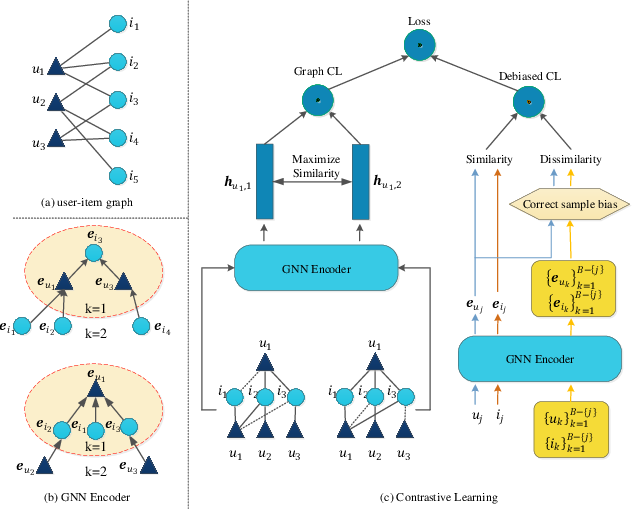 Recommender systems, which analyze users' preference patterns to suggest potential targets, are indispensable in today's society. Collaborative Filtering (CF) is the most popular recommendation model. Specifically, Graph Neural Network (GNN) has become a new state-of-the-art for CF. In the GNN-based recommender system, message dropout is usually used to alleviate the selection bias in the user-item bipartite graph. However, message dropout might deteriorate the recommender system's performance due to the randomness of dropping out the outgoing messages based on the user-item bipartite graph. To solve this problem, we propose a graph contrastive learning module for a general recommender system that learns the embeddings in a self-supervised manner and reduces the randomness of message dropout. Besides, many recommender systems optimize models with pairwise ranking objectives, such as the Bayesian Pairwise Ranking (BPR) based on a negative sampling strategy. However, BPR has the following problems: suboptimal sampling and sample bias. We introduce a new debiased contrastive loss to solve these problems, which provides sufficient negative samples and applies a bias correction probability to alleviate the sample bias. We integrate the proposed framework, including graph contrastive module and debiased contrastive module with several Matrix Factorization(MF) and GNN-based recommendation models. Experimental results on three public benchmarks demonstrate the effectiveness of our framework. 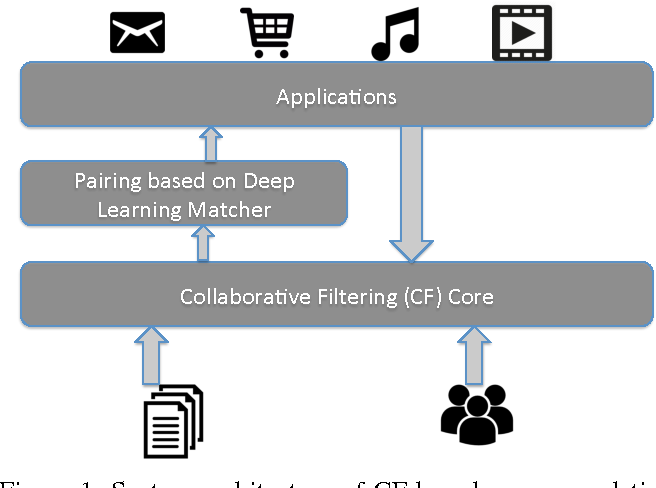 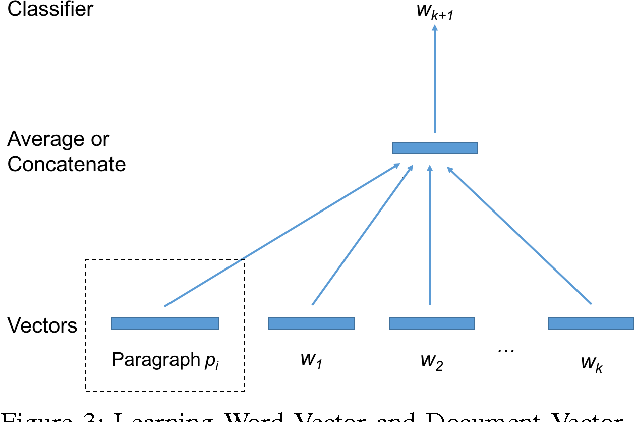 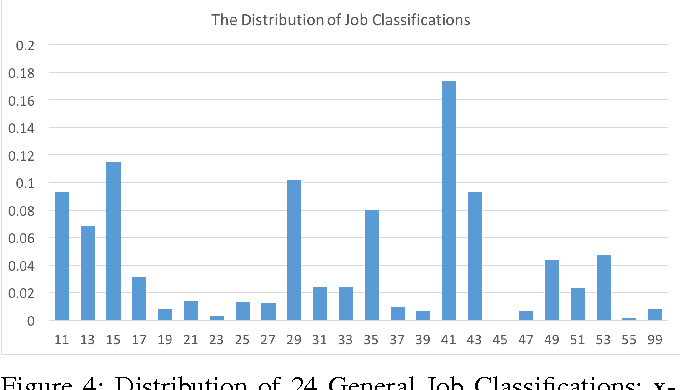 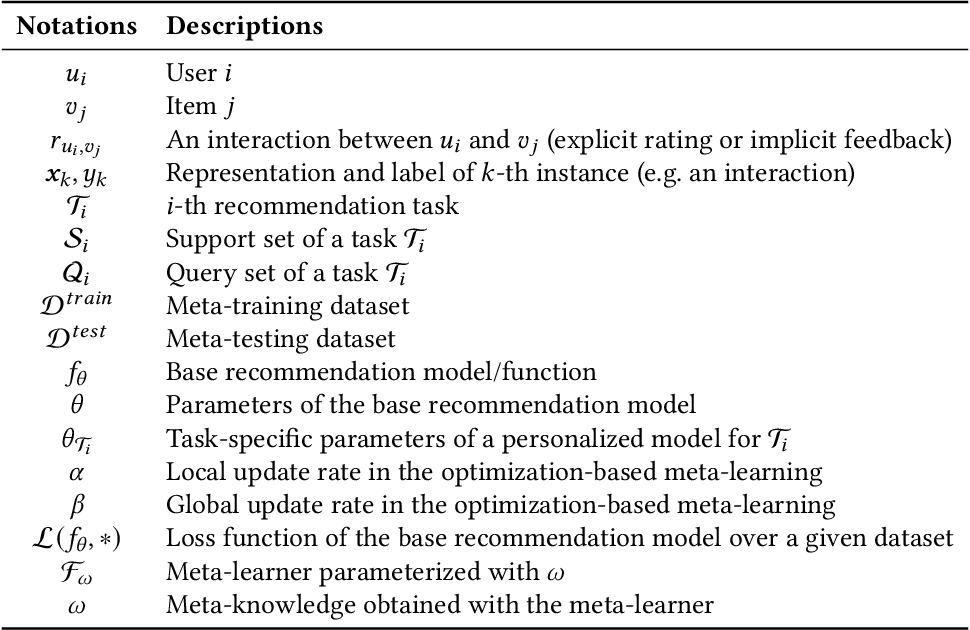 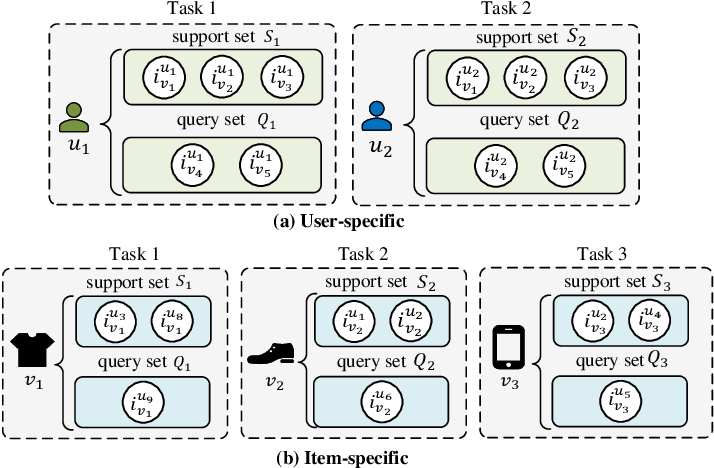 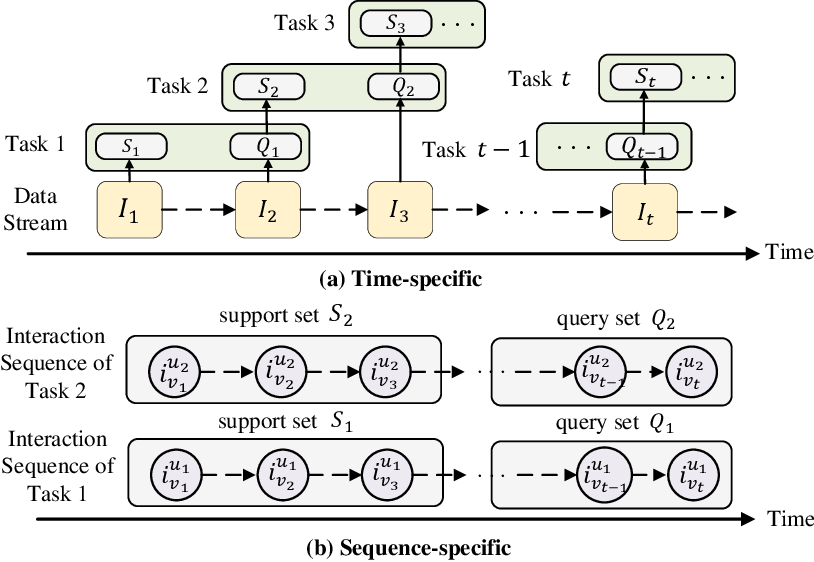 Recommender systems are usually developed and evaluated on the historical user-item logs. However, most offline recommendation datasets are highly sparse and contain various biases, which hampers the evaluation of recommendation policies. Existing efforts aim to improve the data quality by collecting users' preferences on randomly selected items (e.g., Yahoo! and Coat). However, they still suffer from the high variance issue caused by the sparsely observed data. To fundamentally solve the problem, we present KuaiRec, a fully-observed dataset collected from the social video-sharing mobile App, Kuaishou. The feedback of 1,411 users on almost all of the 3,327 videos is explicitly observed. To the best of our knowledge, this is the first real-world fully-observed dataset with millions of user-item interactions in recommendation. To demonstrate the advantage of KuaiRec, we leverage it to explore the key questions in evaluating conversational recommender systems. The experimental results show that two factors in traditional partially-observed data -- the data density and the exposure bias -- greatly affect the evaluation results. This entails the significance of our fully-observed data in researching many directions in recommender systems, e.g., the unbiased recommendation, interactive/conversational recommendation, and evaluation. We release the dataset and the pipeline implementation for evaluation at https://chongminggao.github.io/KuaiRec/. 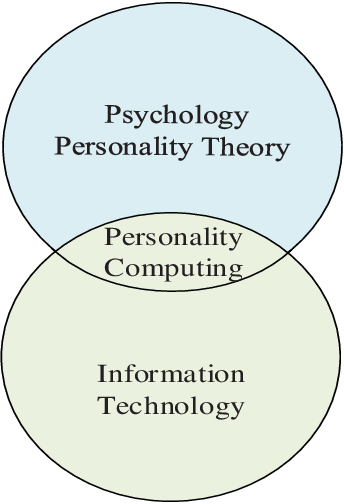 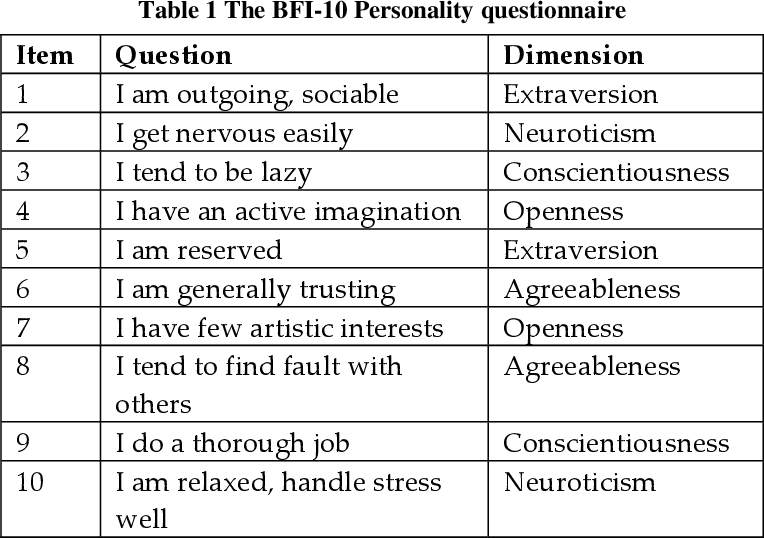 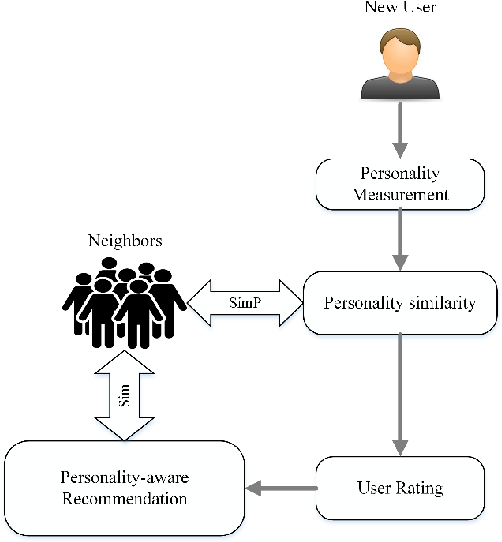 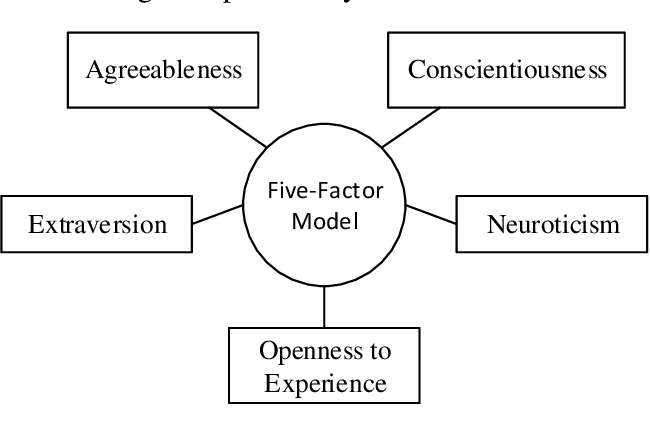 Recommender systems learn about user preferences over time, automatically finding things of similar interest. This reduces the burden of creating explicit queries. Recommender systems do, however, suffer from cold-start problems where no initial information is available early on upon which to base recommendations. Semantic knowledge structures, such as ontologies, can provide valuable domain knowledge and user information. However, acquiring such knowledge and keeping it up to date is not a trivial task and user interests are particularly difficult to acquire and maintain. This paper investigates the synergy between a web-based research paper recommender system and an ontology containing information automatically extracted from departmental databases available on the web. The ontology is used to address the recommender systems cold-start problem. The recommender system addresses the ontology's interest-acquisition problem. An empirical evaluation of this approach is conducted and the performance of the integrated systems measured.