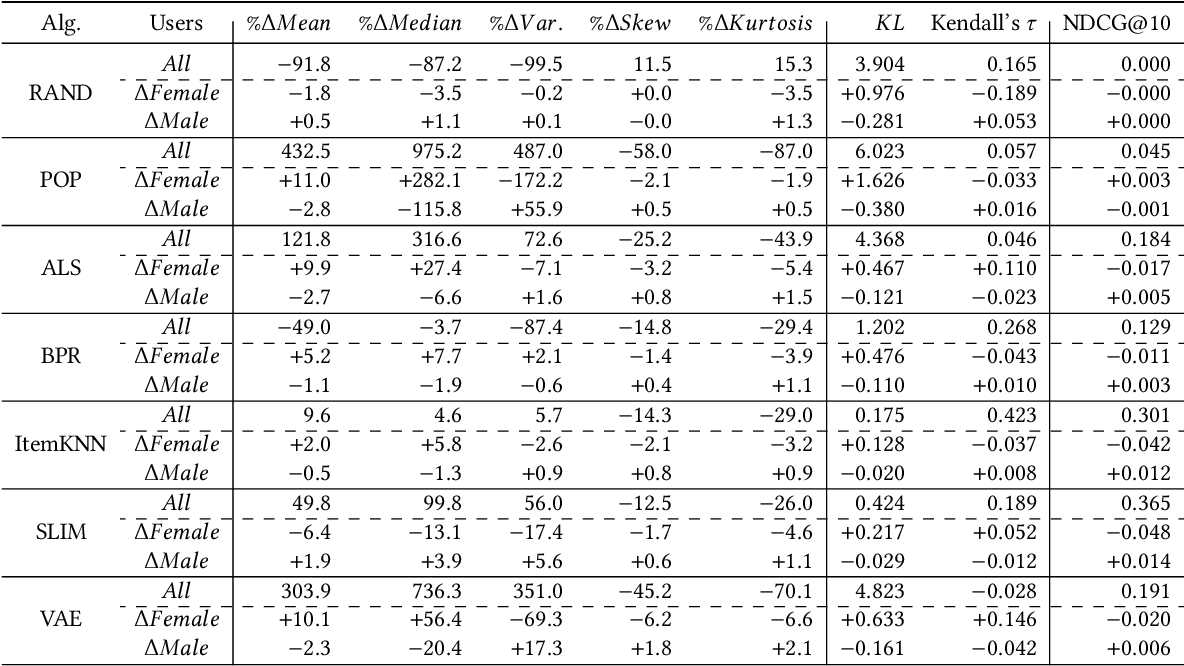 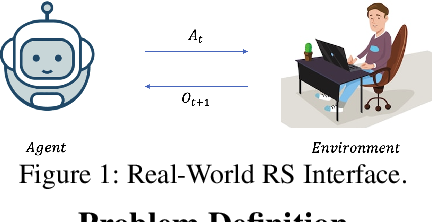 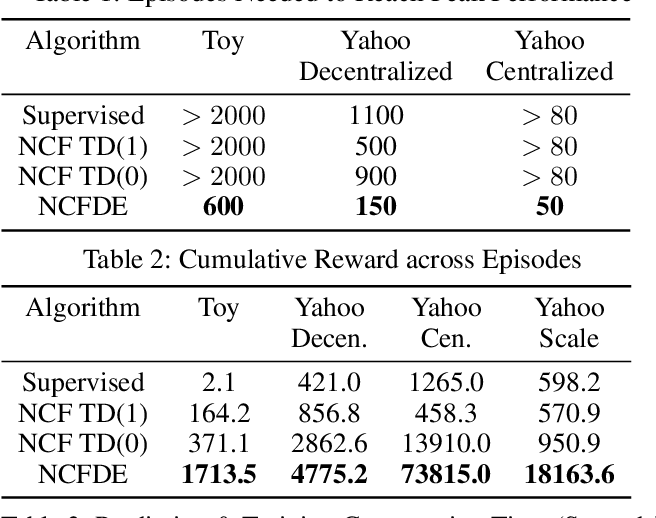 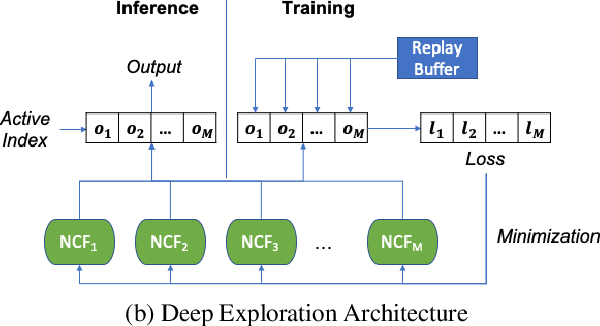 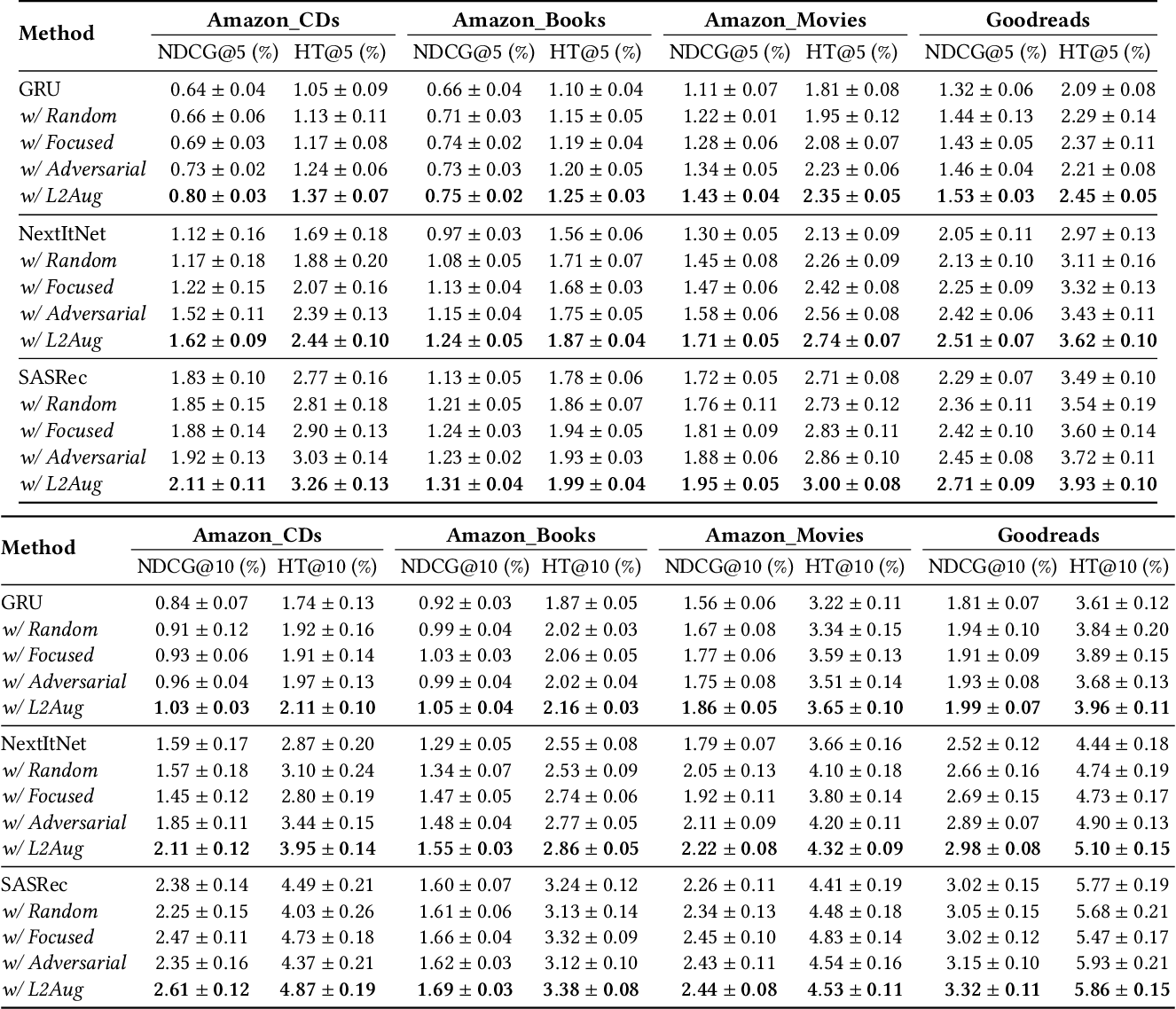 Users who come to recommendation platforms are heterogeneous in activity levels. There usually exists a group of core users who visit the platform regularly and consume a large body of content upon each visit, while others are casual users who tend to visit the platform occasionally and consume less each time. As a result, consumption activities from core users often dominate the training data used for learning. As core users can exhibit different activity patterns from casual users, recommender systems trained on historical user activity data usually achieve much worse performance on casual users than core users. To bridge the gap, we propose a model-agnostic framework L2Aug to improve recommendations for casual users through data augmentation, without sacrificing core user experience. L2Aug is powered by a data augmentor that learns to generate augmented interaction sequences, in order to fine-tune and optimize the performance of the recommendation system for casual users. On four real-world public datasets, L2Aug outperforms other treatment methods and achieves the best sequential recommendation performance for both casual and core users. We also test L2Aug in an online simulation environment with real-time feedback to further validate its efficacy, and showcase its flexibility in supporting different augmentation actions. 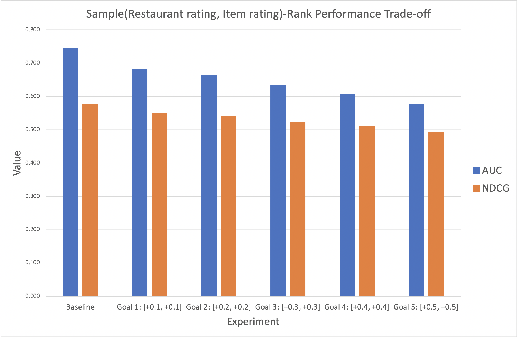 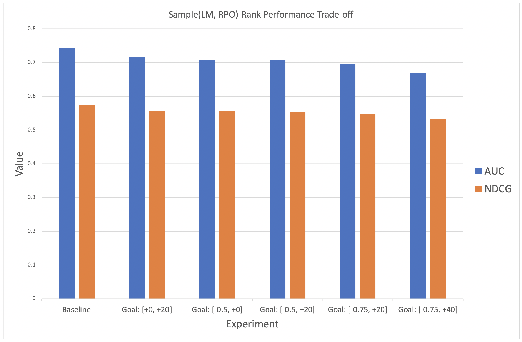 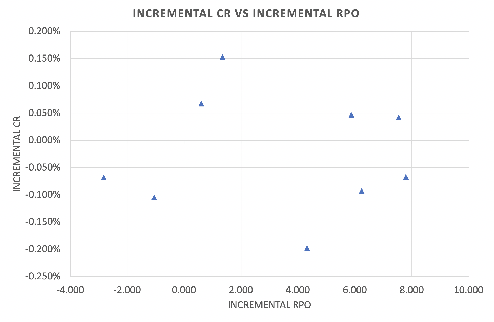 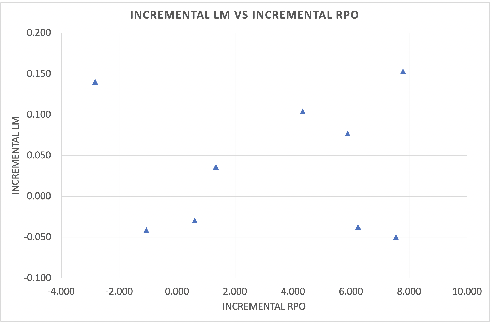 Online food ordering marketplaces are multi-stakeholder systems where recommendations impact the experience and growth of each participant in the system. A recommender system in this setting has to encapsulate the objectives and constraints of different stakeholders in order to find utility of an item for recommendation. Constrained-optimization based approaches to this problem typically involve complex formulations and have high computational complexity in production settings involving millions of entities. Simplifications and relaxation techniques (for example, scalarization) help but introduce sub-optimality and can be time-consuming due to the amount of tuning needed. In this paper, we introduce a method involving multi-goal sampling followed by ranking for user-relevance (Sample-Rank), to nudge recommendations towards multi-objective (MO) goals of the marketplace. The proposed method's novelty is that it reduces the MO recommendation problem to sampling from a desired multi-goal distribution then using it to build a production-friendly learning-to-rank (LTR) model. In offline experiments we show that we are able to bias recommendations towards MO criteria with acceptable trade-offs in metrics like AUC and NDCG. We also show results from a large-scale online A/B experiment where this approach gave a statistically significant lift of 2.64% in average revenue per order (RPO) (objective #1) with no drop in conversion rate (CR) (objective #2) while holding the average last-mile traversed flat (objective #3), vs. the baseline ranking method. This method also significantly reduces time to model development and deployment in MO settings and allows for trivial extensions to more objectives and other types of LTR models. 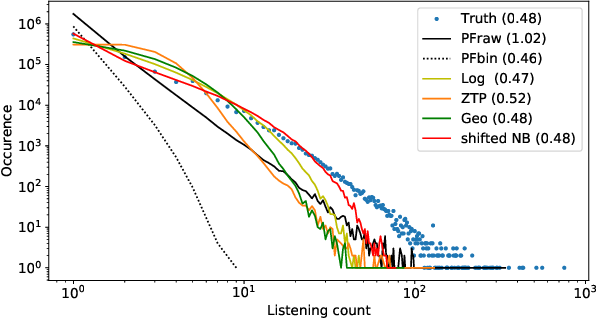 Count data are often used in recommender systems: they are widespread (song play counts, product purchases, clicks on web pages) and can reveal user preference without any explicit rating from the user. Such data are known to be sparse, over-dispersed and bursty, which makes their direct use in recommender systems challenging, often leading to pre-processing steps such as binarization. The aim of this paper is to build recommender systems from these raw data, by means of the recently proposed compound Poisson Factorization (cPF). The paper contributions are three-fold: we present a unified framework for discrete data (dcPF), leading to an adaptive and scalable algorithm; we show that our framework achieves a trade-off between Poisson Factorization (PF) applied to raw and binarized data; we study four specific instances that are relevant to recommendation and exhibit new links with combinatorics. Experiments with three different datasets show that dcPF is able to effectively adjust to over-dispersion, leading to better recommendation scores when compared with PF on either raw or binarized data.

Providing user-understandable explanations to justify recommendations could help users better understand the recommended items, increase the system's ease of use, and gain users' trust. A typical approach to realize it is natural language generation. However, previous works mostly adopt recurrent neural networks to meet the ends, leaving the potentially more effective pre-trained Transformer models under-explored. In fact, user and item IDs, as important identifiers in recommender systems, are inherently in different semantic space as words that pre-trained models were already trained on. Thus, how to effectively fuse IDs into such models becomes a critical issue. Inspired by recent advancement in prompt learning, we come up with two solutions: find alternative words to represent IDs (called discrete prompt learning), and directly input ID vectors to a pre-trained model (termed continuous prompt learning). In the latter case, ID vectors are randomly initialized but the model is trained in advance on large corpora, so they are actually in different learning stages. To bridge the gap, we further propose two training strategies: sequential tuning and recommendation as regularization. Extensive experiments show that our continuous prompt learning approach equipped with the training strategies consistently outperforms strong baselines on three datasets of explainable recommendation.

In sequential recommender system applications, it is important to develop models that can capture users' evolving interest over time to successfully recommend future items that they are likely to interact with. For users with long histories, typical models based on recurrent neural networks tend to forget important items in the distant past. Recent works have shown that storing a small sketch of past items can improve sequential recommendation tasks. However, these works all rely on static sketching policies, i.e., heuristics to select items to keep in the sketch, which are not necessarily optimal and cannot improve over time with more training data. In this paper, we propose a differentiable policy for sketching (DiPS), a framework that learns a data-driven sketching policy in an end-to-end manner together with the recommender system model to explicitly maximize recommendation quality in the future. We also propose an approximate estimator of the gradient for optimizing the sketching algorithm parameters that is computationally efficient. We verify the effectiveness of DiPS on real-world datasets under various practical settings and show that it requires up to $50\%$ fewer sketch items to reach the same predictive quality than existing sketching policies.

It has previously been shown that a recommender based on immune system idiotypic principles can out perform one based on correlation alone. This paper reports the results of work in progress, where we undertake some investigations into the nature of this beneficial effect. The initial findings are that the immune system recommender tends to produce different neighbourhoods, and that the superior performance of this recommender is due partly to the different neighbourhoods, and partly to the way that the idiotypic effect is used to weight each neighbours recommendations. 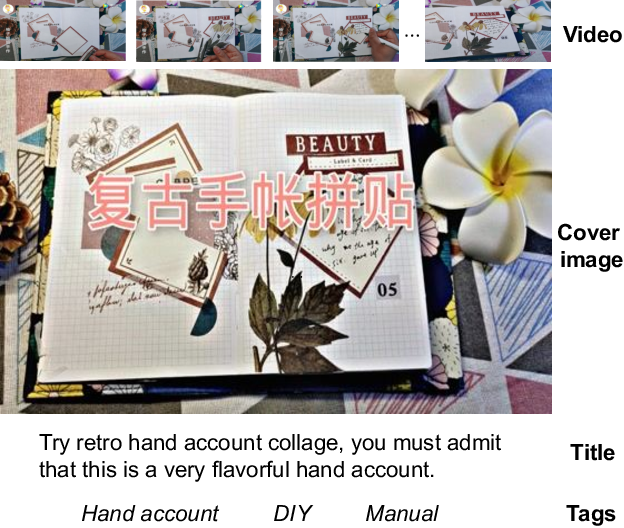 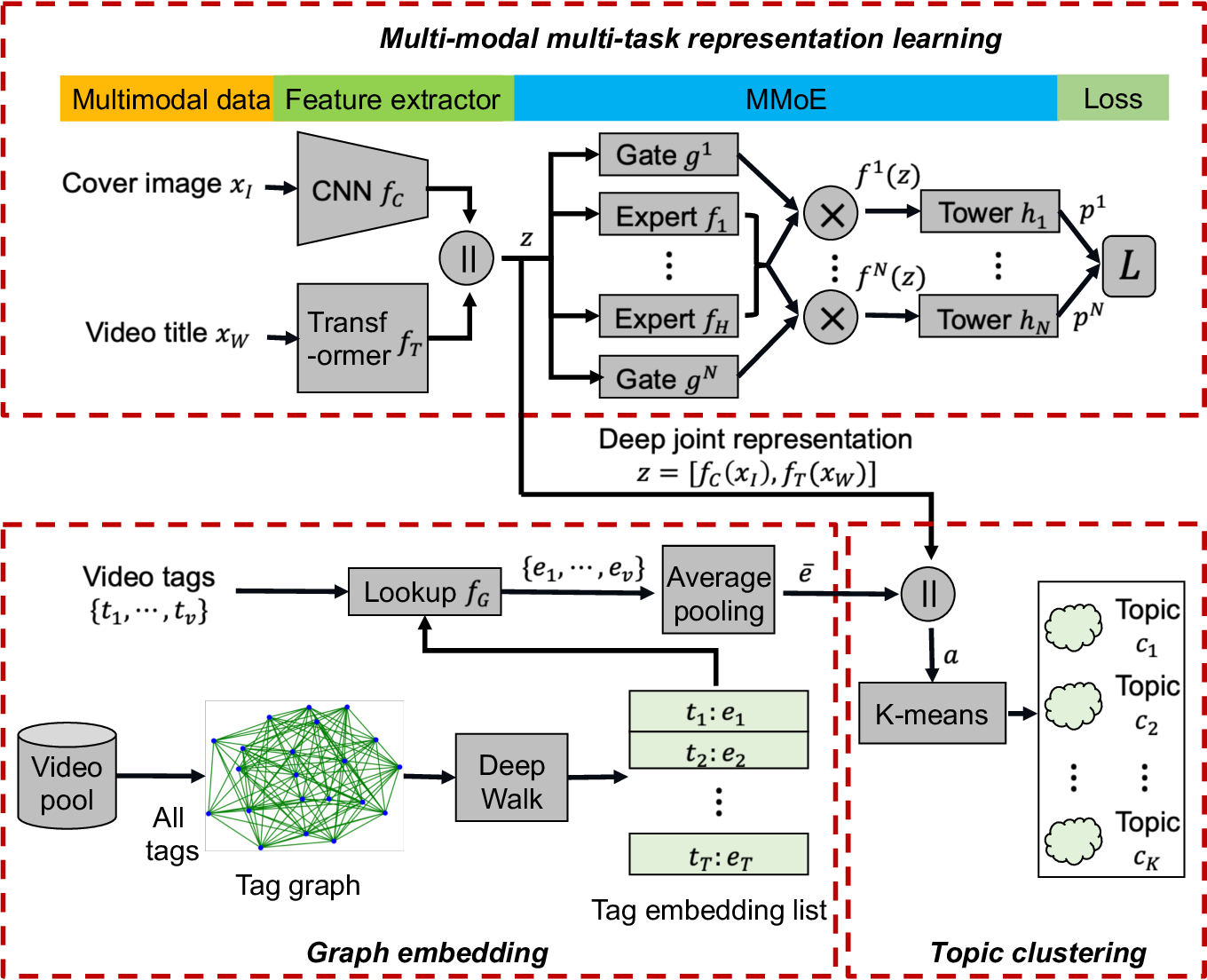 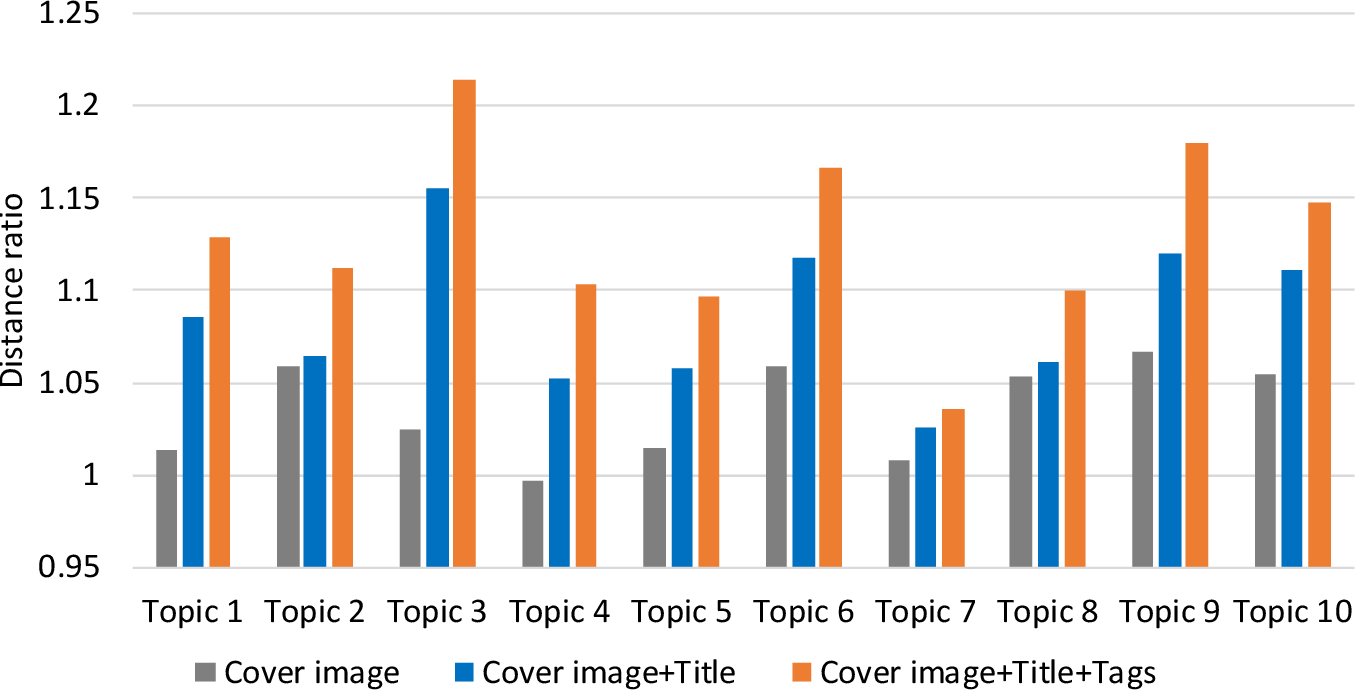 Relevance and diversity are both important to the success of recommender systems, as they help users to discover from a large pool of items a compact set of candidates that are not only interesting but exploratory as well. The challenge is that relevance and diversity usually act as two competing objectives in conventional recommender systems, which necessities the classic trade-off between exploitation and exploration. Traditionally, higher diversity often means sacrifice on relevance and vice versa. We propose a new approach, heterogeneous inference, which extends the general collaborative filtering (CF) by introducing a new way of CF inference, negative-to-positive. Heterogeneous inference achieves divergent relevance, where relevance and diversity support each other as two collaborating objectives in one recommendation model, and where recommendation diversity is an inherent outcome of the relevance inference process. Benefiting from its succinctness and flexibility, our approach is applicable to a wide range of recommendation scenarios/use-cases at various sophistication levels. Our analysis and experiments on public datasets and real-world production data show that our approach outperforms existing methods on relevance and diversity simultaneously.