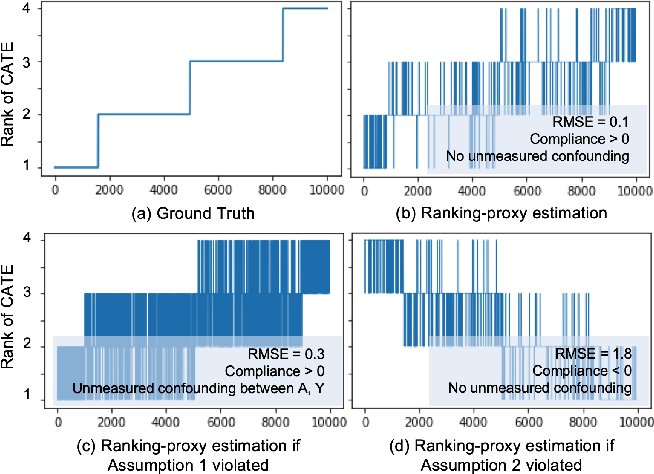 For many kinds of interventions, such as a new advertisement, marketing intervention, or feature recommendation, it is important to target a specific subset of people for maximizing its benefits at minimum cost or potential harm. However, a key challenge is that no data is available about the effect of such a prospective intervention since it has not been deployed yet. In this work, we propose a split-treatment analysis that ranks the individuals most likely to be positively affected by a prospective intervention using past observational data. Unlike standard causal inference methods, the split-treatment method does not need any observations of the target treatments themselves. Instead it relies on observations of a proxy treatment that is caused by the target treatment. Under reasonable assumptions, we show that the ranking of heterogeneous causal effect based on the proxy treatment is the same as the ranking based on the target treatment's effect. In the absence of any interventional data for cross-validation, Split-Treatment uses sensitivity analyses for unobserved confounding to select model parameters. We apply Split-Treatment to both a simulated data and a large-scale, real-world targeting task and validate our discovered rankings via a randomized experiment for the latter.


* To be published in WSDM 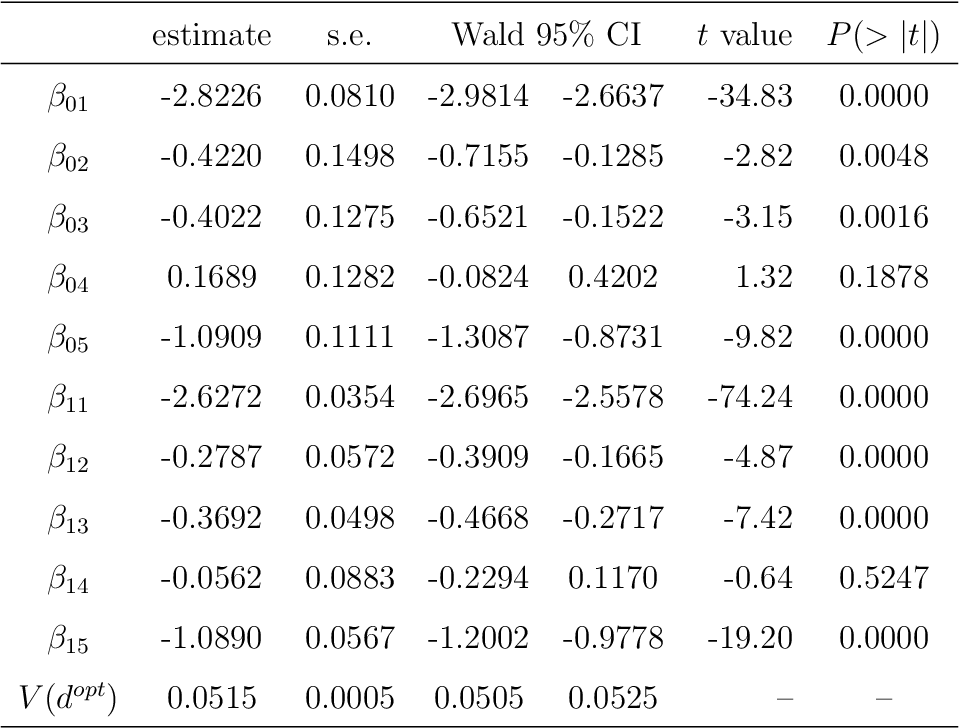 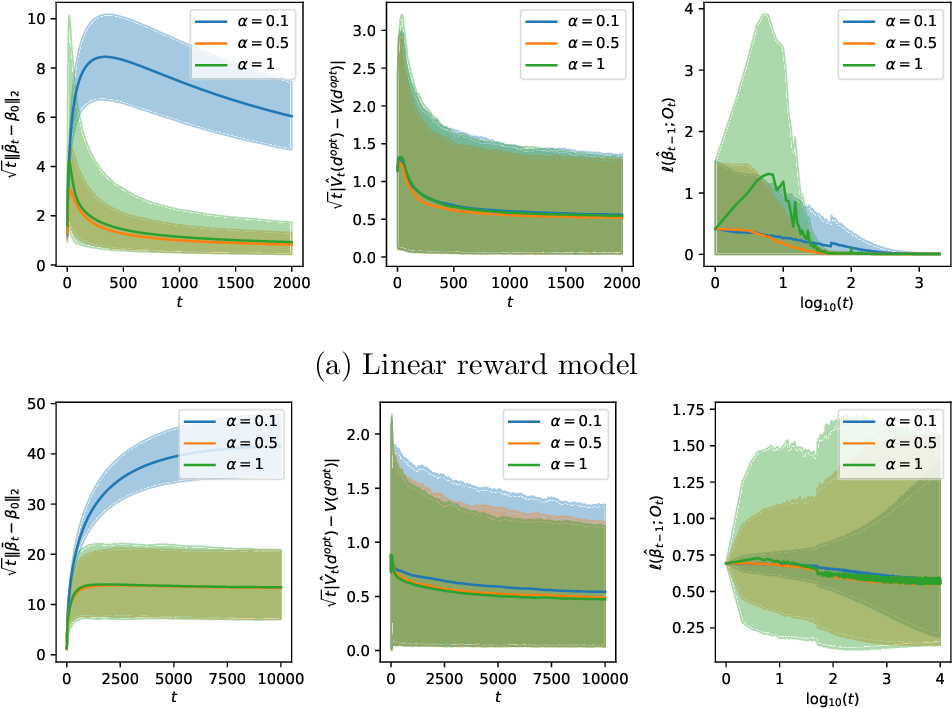 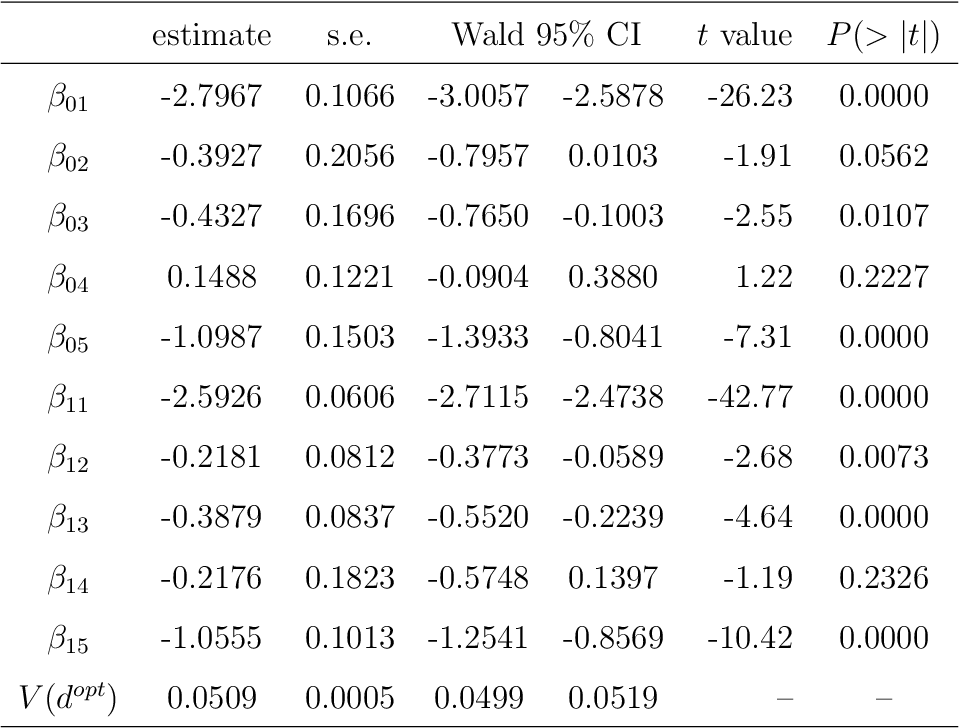 Online decision making aims to learn the optimal decision rule by making personalized decisions and updating the decision rule recursively. It has become easier than before with the help of big data, but new challenges also come along. Since the decision rule should be updated once per step, an offline update which uses all the historical data is inefficient in computation and storage. To this end, we propose a completely online algorithm that can make decisions and update the decision rule online via stochastic gradient descent. It is not only efficient but also supports all kinds of parametric reward models. Focusing on the statistical inference of online decision making, we establish the asymptotic normality of the parameter estimator produced by our algorithm and the online inverse probability weighted value estimator we used to estimate the optimal value. Online plugin estimators for the variance of the parameter and value estimators are also provided and shown to be consistent, so that interval estimation and hypothesis test are possible using our method. The proposed algorithm and theoretical results are tested by simulations and a real data application to news article recommendation.


* Accepted by the Journal of the American Statistical Association 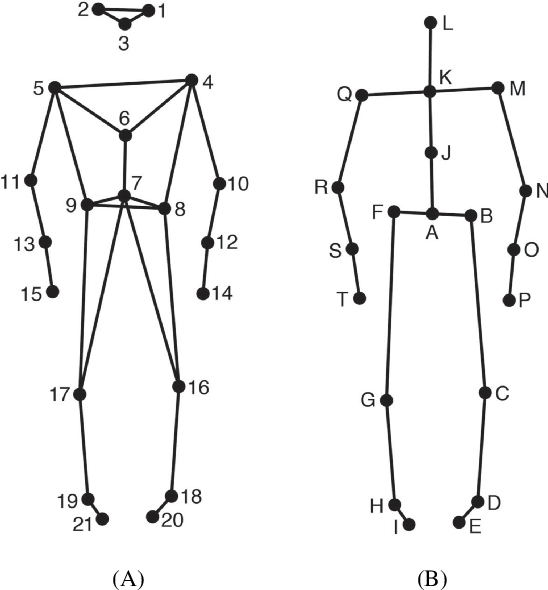 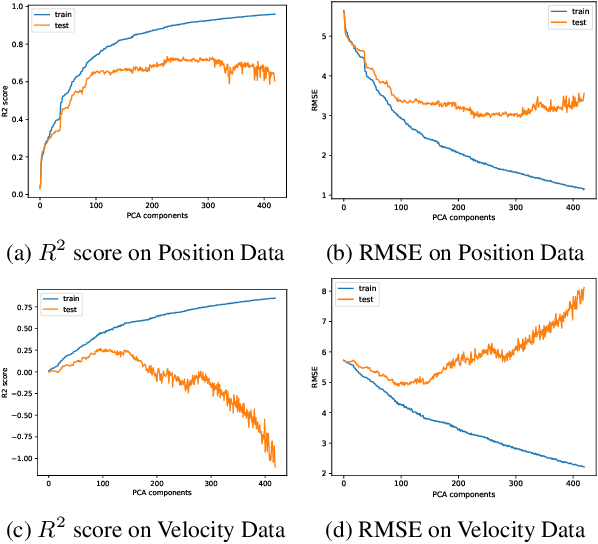 As the field of Music Information Retrieval grows, it is important to take into consideration the multi-modality of music and how aspects of musical engagement such as movement and gesture might be taken into account. Bodily movement is universally associated with music and reflective of important individual features related to music preference such as personality, mood, and empathy. Future multimodal MIR systems may benefit from taking these aspects into account. The current study addresses this by identifying individual differences, specifically Big Five personality traits, and scores on the Empathy and Systemizing Quotients (EQ/SQ) from participants' free dance movements. Our model successfully explored the unseen space for personality as well as EQ, SQ, which has not previously been accomplished for the latter. R2 scores for personality, EQ, and SQ were 76.3%, 77.1%, and 86.7% respectively. As a follow-up, we investigated which bodily joints were most important in defining these traits. We discuss how further research may explore how the mapping of these traits to movement patterns can be used to build a more personalized, multi-modal recommendation system, as well as potential therapeutic applications.

Extraction and Analysis of Fictional Character Networks: A Survey

A character network is a graph extracted from a narrative, in which vertices represent characters and edges correspond to interactions between them. A number of narrative-related problems can be addressed automatically through the analysis of character networks, such as summarization, classification, or role detection. Character networks are particularly relevant when considering works of fictions (e.g. novels, plays, movies, TV series), as their exploitation allows developing information retrieval and recommendation systems. However, works of fiction possess specific properties making these tasks harder. This survey aims at presenting and organizing the scientific literature related to the extraction of character networks from works of fiction, as well as their analysis. We first describe the extraction process in a generic way, and explain how its constituting steps are implemented in practice, depending on the medium of the narrative, the goal of the network analysis, and other factors. We then review the descriptive tools used to characterize character networks, with a focus on the way they are interpreted in this context. We illustrate the relevance of character networks by also providing a review of applications derived from their analysis. Finally, we identify the limitations of the existing approaches, and the most promising perspectives.

This paper introduces a novel Hilbert space representation of a counterfactual distribution---called counterfactual mean embedding (CME)---with applications in nonparametric causal inference. Counterfactual prediction has become an ubiquitous tool in machine learning applications, such as online advertisement, recommendation systems, and medical diagnosis, whose performance relies on certain interventions. To infer the outcomes of such interventions, we propose to embed the associated counterfactual distribution into a reproducing kernel Hilbert space (RKHS) endowed with a positive definite kernel. Under appropriate assumptions, the CME allows us to perform causal inference over the entire landscape of the counterfactual distribution. The CME can be estimated consistently from observational data without requiring any parametric assumption about the underlying distributions. We also derive a rate of convergence which depends on the smoothness of the conditional mean and the Radon-Nikodym derivative of the underlying marginal distributions. Our framework can deal with not only real-valued outcome, but potentially also more complex and structured outcomes such as images, sequences, and graphs. Lastly, our experimental results on off-policy evaluation tasks demonstrate the advantages of the proposed estimator. 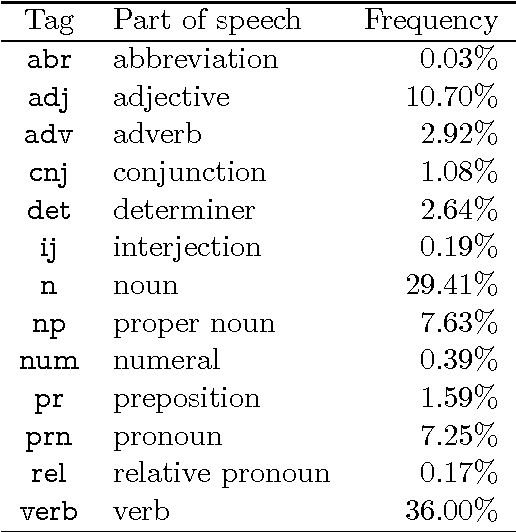 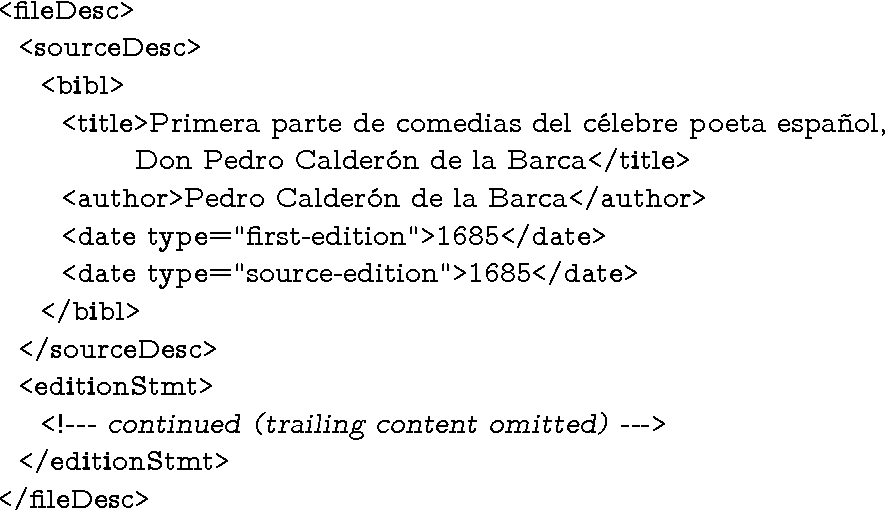 The IMPACT-es diachronic corpus of historical Spanish compiles over one hundred books --containing approximately 8 million words-- in addition to a complementary lexicon which links more than 10 thousand lemmas with attestations of the different variants found in the documents. This textual corpus and the accompanying lexicon have been released under an open license (Creative Commons by-nc-sa) in order to permit their intensive exploitation in linguistic research. Approximately 7% of the words in the corpus (a selection aimed at enhancing the coverage of the most frequent word forms) have been annotated with their lemma, part of speech, and modern equivalent. This paper describes the annotation criteria followed and the standards, based on the Text Encoding Initiative recommendations, used to the represent the texts in digital form. As an illustration of the possible synergies between diachronic textual resources and linguistic research, we describe the application of statistical machine translation techniques to infer probabilistic context-sensitive rules for the automatic modernisation of spelling. The automatic modernisation with this type of statistical methods leads to very low character error rates when the output is compared with the supervised modern version of the text.


* The part of this paper describing the IMPACT-es corpus has been accepted for publication in the journal Language Resources and Evaluation (http://link.springer.com/article/10.1007/s10579-013-9239-y) 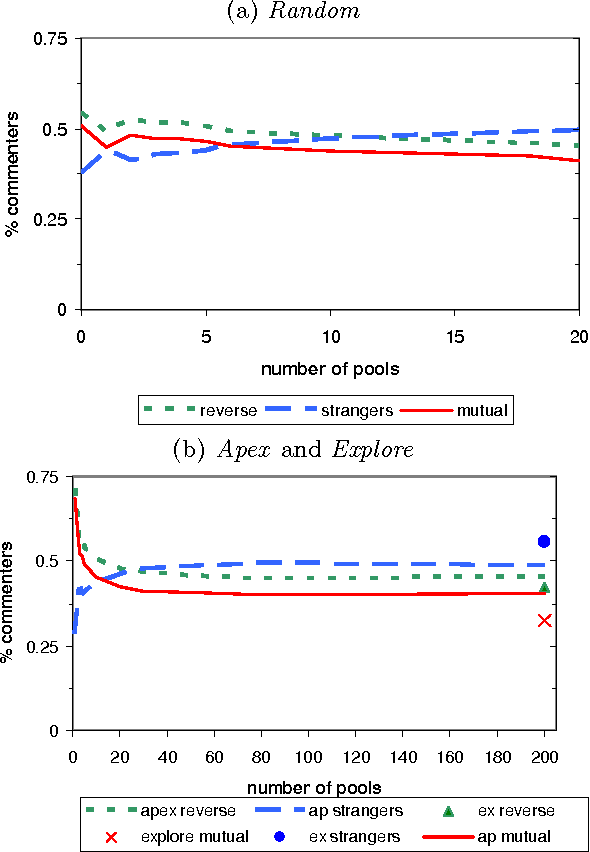 The new social media sites - blogs, wikis, del.icio.us and Flickr, among others - underscore the transformation of the Web to a participatory medium in which users are actively creating, evaluating and distributing information. The photo-sharing site Flickr, for example, allows users to upload photographs, view photos created by others, comment on those photos, etc. As is common to other social media sites, Flickr allows users to designate others as ``contacts'' and to track their activities in real time. The contacts (or friends) lists form the social network backbone of social media sites. We claim that these social networks facilitate new ways of interacting with information, e.g., through what we call social browsing. The contacts interface on Flickr enables users to see latest images submitted by their friends. Through an extensive analysis of Flickr data, we show that social browsing through the contacts' photo streams is one of the primary methods by which users find new images on Flickr. This finding has implications for creating personalized recommendation systems based on the user's declared contacts lists.


* 8 pages; submitted to the International Conference on Weblogs and Social Media

Impact of Acoustic Noise on Alzheimer's Disease Detection from Speech: Should You Let Baby Cry? 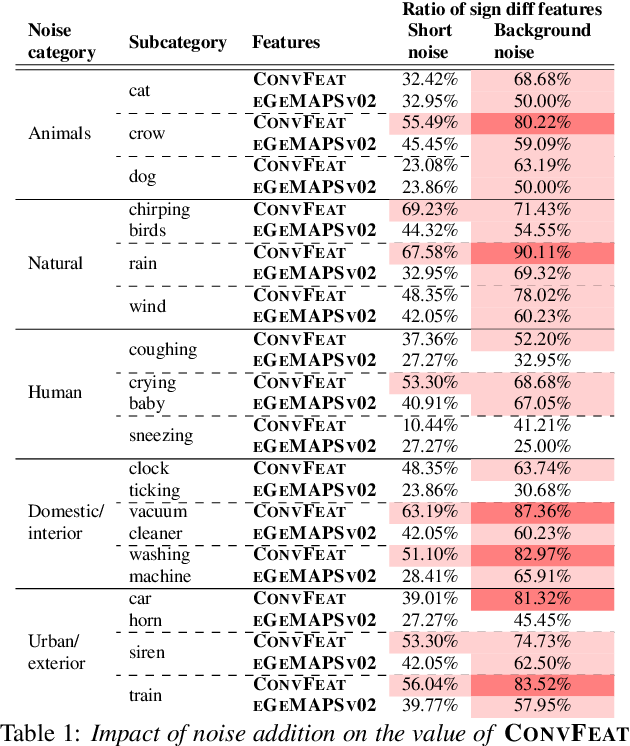 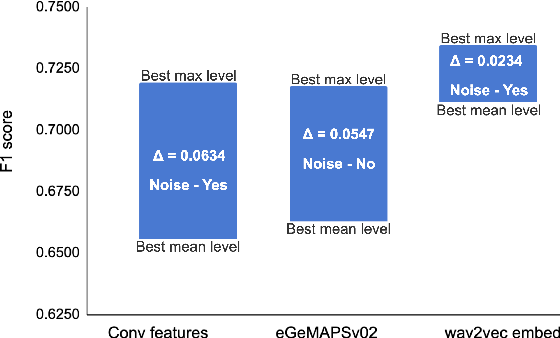 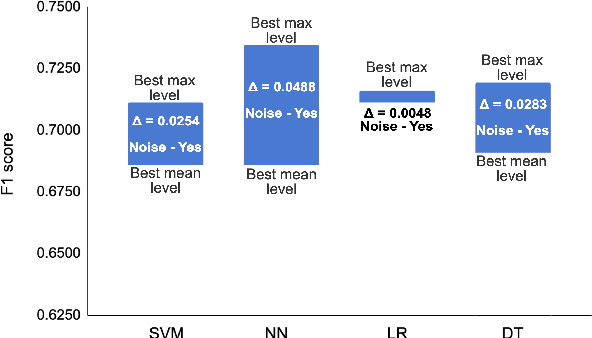 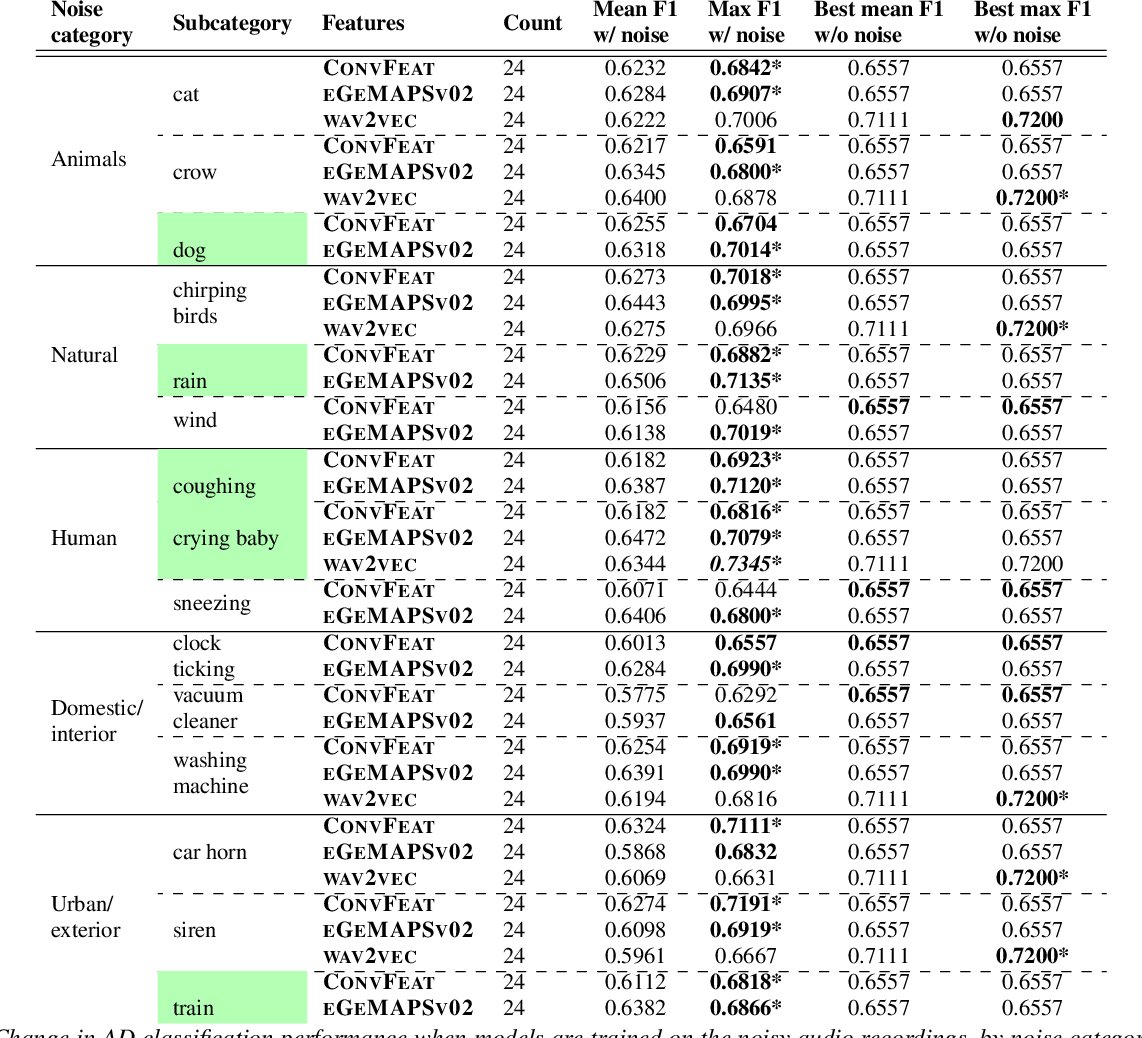 Research related to automatically detecting Alzheimer's disease (AD) is important, given the high prevalence of AD and the high cost of traditional methods. Since AD significantly affects the acoustics of spontaneous speech, speech processing and machine learning (ML) provide promising techniques for reliably detecting AD. However, speech audio may be affected by different types of background noise and it is important to understand how the noise influences the accuracy of ML models detecting AD from speech. In this paper, we study the effect of fifteen types of noise from five different categories on the performance of four ML models trained with three types of acoustic representations. We perform a thorough analysis showing how ML models and acoustic features are affected by different types of acoustic noise. We show that acoustic noise is not necessarily harmful - certain types of noise are beneficial for AD detection models and help increasing accuracy by up to 4.8\%. We provide recommendations on how to utilize acoustic noise in order to achieve the best performance results with the ML models deployed in real world.

In the absence of randomized controlled and natural experiments, it is necessary to balance the distributions of (observable) covariates of the treated and control groups in order to obtain an unbiased estimate of a causal effect of interest; otherwise, a different effect size may be estimated, and incorrect recommendations may be given. To achieve this balance, there exist a wide variety of methods. In particular, several methods based on optimization models have been recently proposed in the causal inference literature. While these optimization-based methods empirically showed an improvement over a limited number of other causal inference methods in their relative ability to balance the distributions of covariates and to estimate causal effects, they have not been thoroughly compared to each other and to other noteworthy causal inference methods. In addition, we believe that there exist several unaddressed opportunities that operational researchers could contribute with their advanced knowledge of optimization, for the benefits of the applied researchers that use causal inference tools. In this review paper, we present an overview of the causal inference literature and describe in more detail the optimization-based causal inference methods, provide a comparative analysis of the prevailing optimization-based methods, and discuss opportunities for new methods. 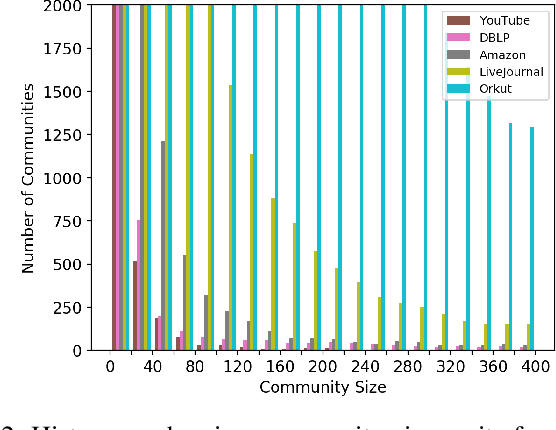 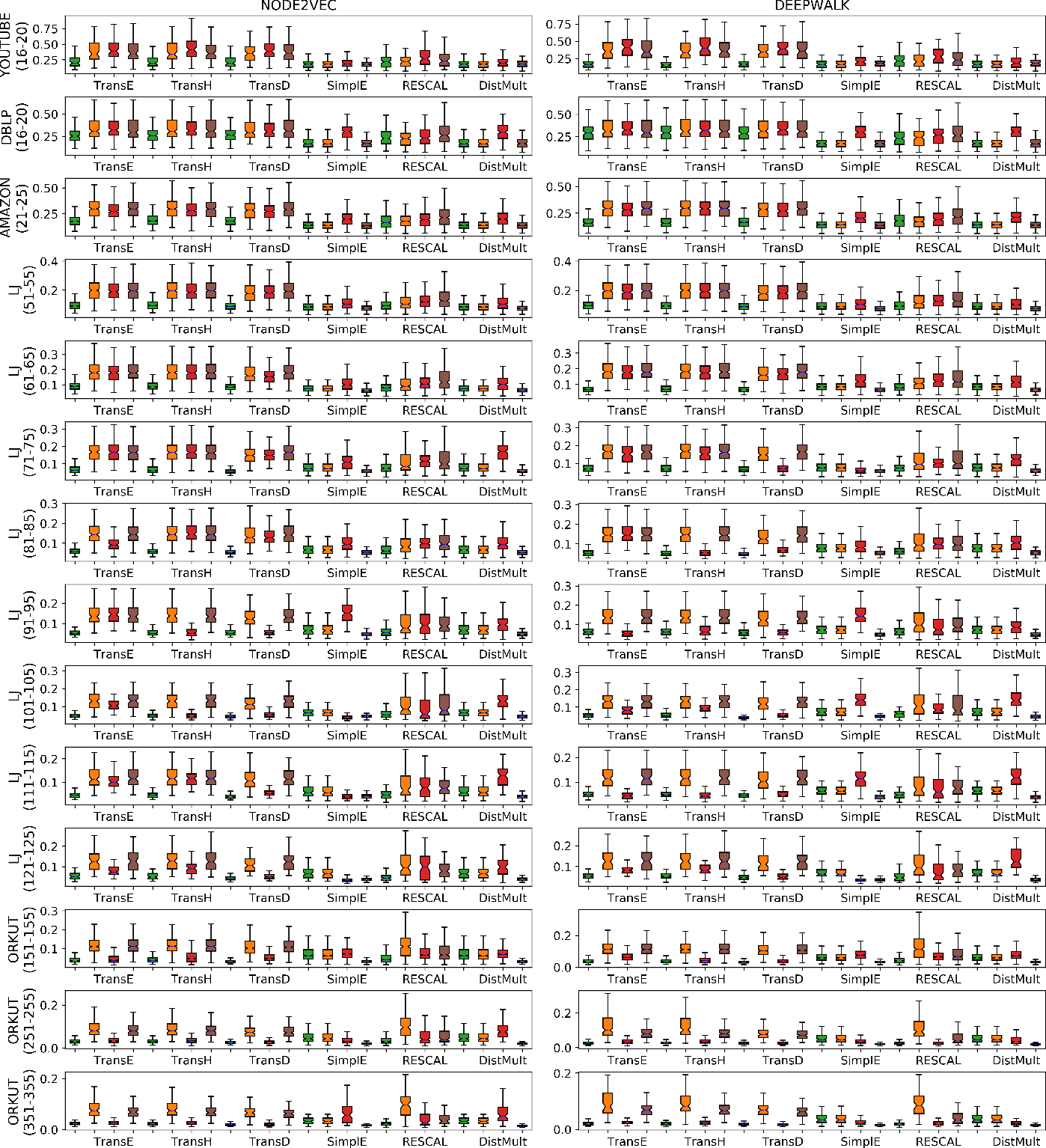 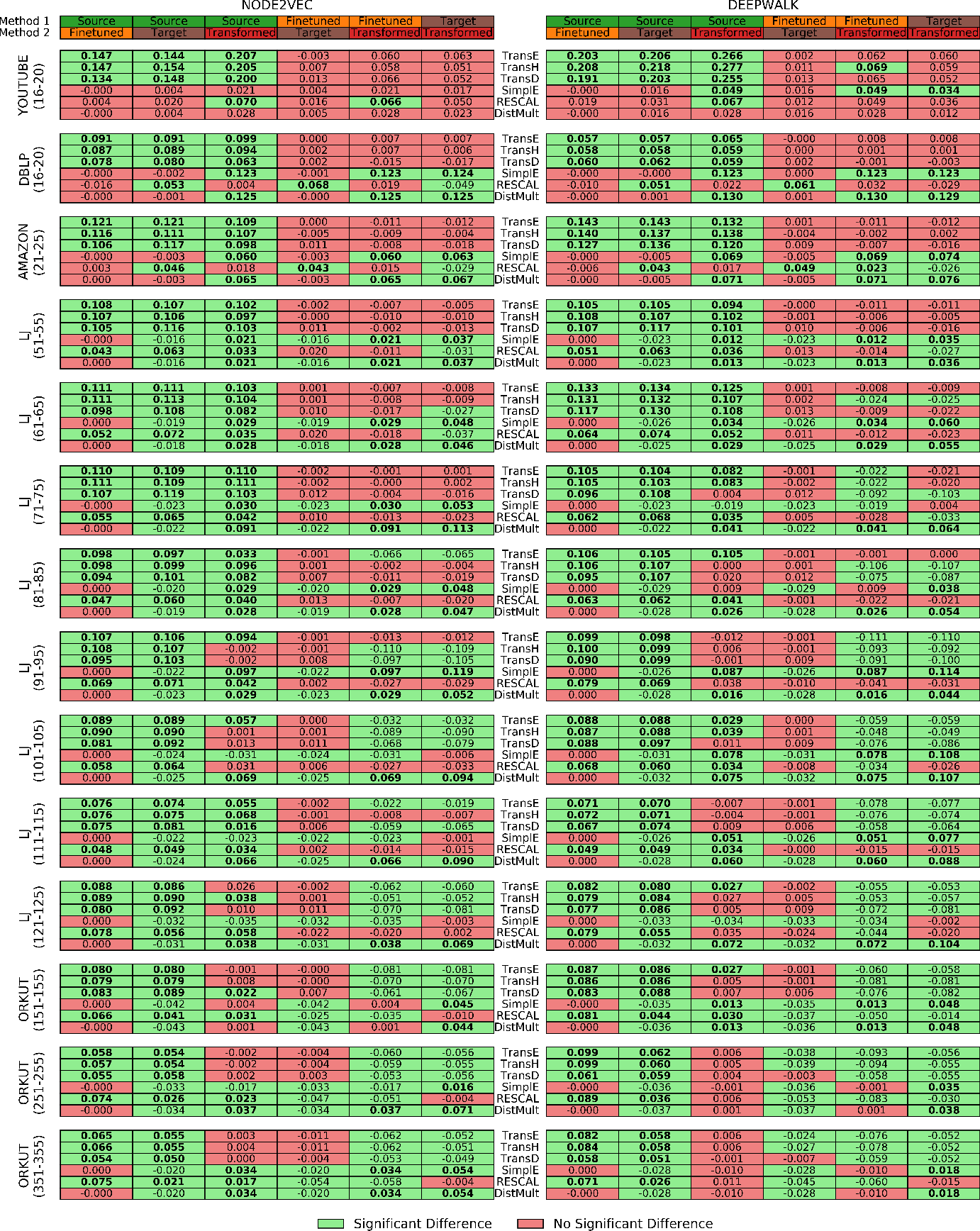