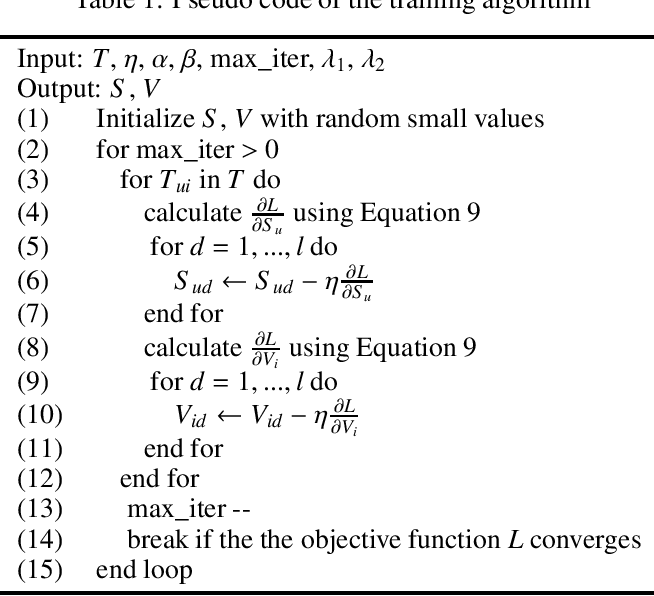 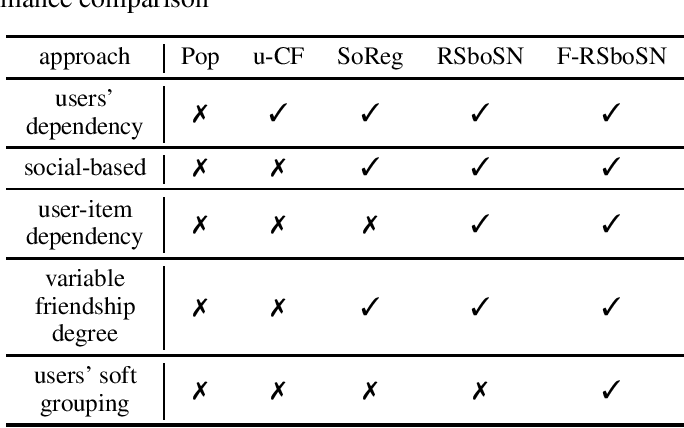 Recent social recommender systems benefit from friendship graph to make an accurate recommendation, believing that friends in a social network have exactly the same interests and preferences. Some studies have benefited from hard clustering algorithms (such as K-means) to determine the similarity between users and consequently to define degree of friendships. In this paper, we went a step further to identify true friends for making even more realistic recommendations. we calculated the similarity between users, as well as the dependency between a user and an item. Our hypothesis is that due to the uncertainties in user preferences, the fuzzy clustering, instead of the classical hard clustering, is beneficial in accurate recommendations. We incorporated the C-means algorithm to get different membership degrees of soft users' clusters. Then, the users' similarity metric is defined according to the soft clusters. Later, in a training scheme we determined the latent representations of users and items, extracting from the huge and sparse user-item-tag matrix using matrix factorization. In the parameter tuning, we found the optimum coefficients for the influence of our soft social regularization and the user-item dependency terms. Our experimental results convinced that the proposed fuzzy similarity metric improves the recommendations in real data compared to the baseline social recommender system with the hard clustering.

Conversational recommender systems (CRS) aim to recommend high-quality items to users through interactive conversations. To develop an effective CRS, the support of high-quality datasets is essential. Existing CRS datasets mainly focus on immediate requests from users, while lack proactive guidance to the recommendation scenario. In this paper, we contribute a new CRS dataset named \textbf{TG-ReDial} (\textbf{Re}commendation through \textbf{T}opic-\textbf{G}uided \textbf{Dial}og). Our dataset has two major features. First, it incorporates topic threads to enforce natural semantic transitions towards the recommendation scenario. Second, it is created in a semi-automatic way, hence human annotation is more reasonable and controllable. Based on TG-ReDial, we present the task of topic-guided conversational recommendation, and propose an effective approach to this task. Extensive experiments have demonstrated the effectiveness of our approach on three sub-tasks, namely topic prediction, item recommendation and response generation. TG-ReDial is available at https://github.com/RUCAIBox/TG-ReDial. 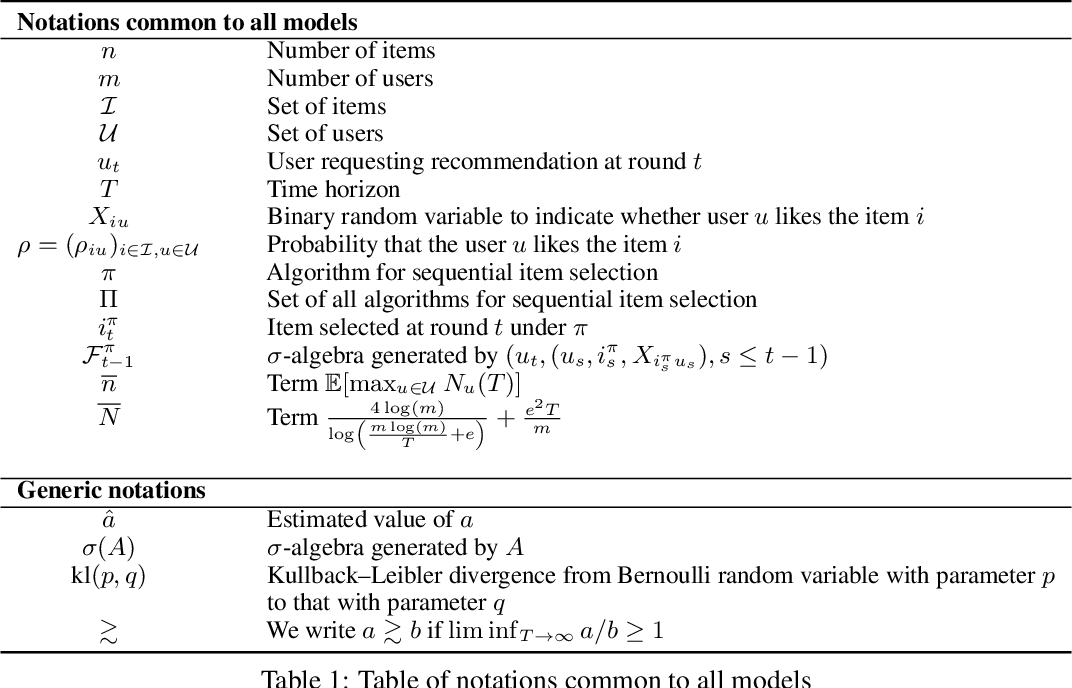 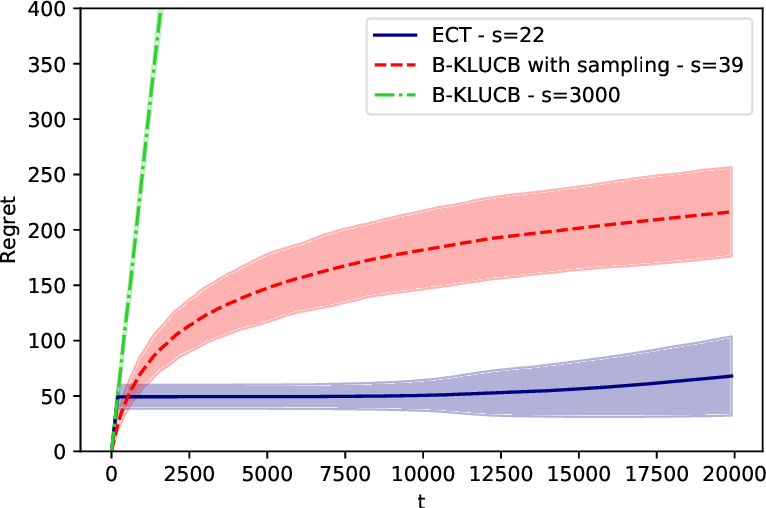 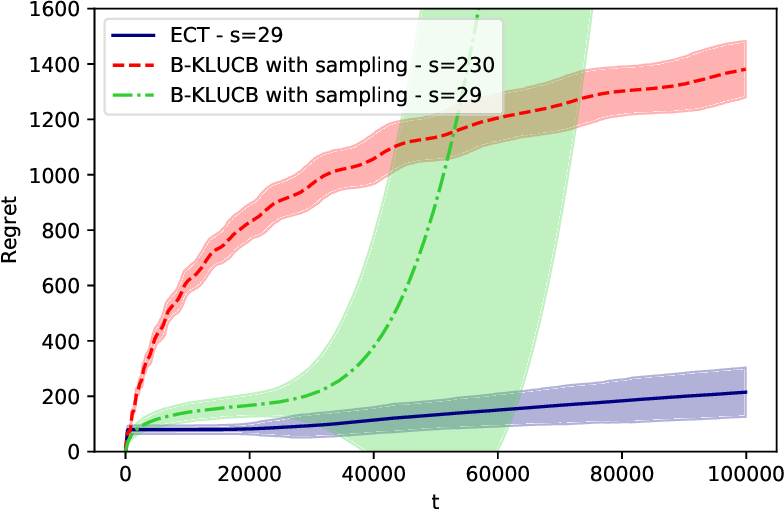 This paper proposes a theoretical analysis of recommendation systems in an online setting, where items are sequentially recommended to users over time. In each round, a user, randomly picked from a population of $m$ users, requests a recommendation. The decision-maker observes the user and selects an item from a catalogue of $n$ items. Importantly, an item cannot be recommended twice to the same user. The probabilities that a user likes each item are unknown. The performance of the recommendation algorithm is captured through its regret, considering as a reference an Oracle algorithm aware of these probabilities. We investigate various structural assumptions on these probabilities: we derive for each structure regret lower bounds, and devise algorithms achieving these limits. Interestingly, our analysis reveals the relative weights of the different components of regret: the component due to the constraint of not presenting the same item twice to the same user, that due to learning the chances users like items, and finally that arising when learning the underlying structure. 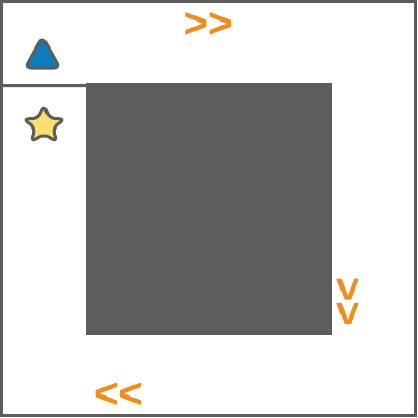 Recommender systems are highly prevalent in the modern world due to their value to both users and platforms and services that employ them. Generally, they can improve the user experience and help to increase satisfaction, but they do not come without risks. One such risk is that of their effect on users and their ability to play an active role in shaping user preferences. This risk is more significant for reinforcement learning based recommender systems. These are capable of learning for instance, how recommended content shown to a user today may tamper that user's preference for other content recommended in the future. Reinforcement learning based recommendation systems can thus implicitly learn to influence users if that means maximizing clicks, engagement, or consumption. On social news and media platforms, in particular, this type of behavior is cause for alarm. Social media undoubtedly plays a role in public opinion and has been shown to be a contributing factor to increased political polarization. Recommender systems on such platforms, therefore, have great potential to influence users in undesirable ways. However, it may also be possible for this form of manipulation to be used intentionally. With advancements in political opinion dynamics modeling and larger collections of user data, explicit user manipulation in which the beliefs and opinions of users are tailored towards a certain end emerges as a significant concern in reinforcement learning based recommender systems. 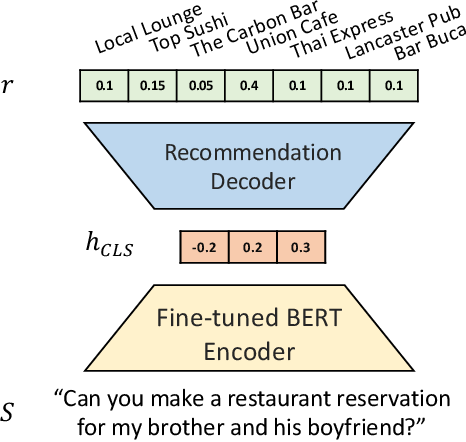 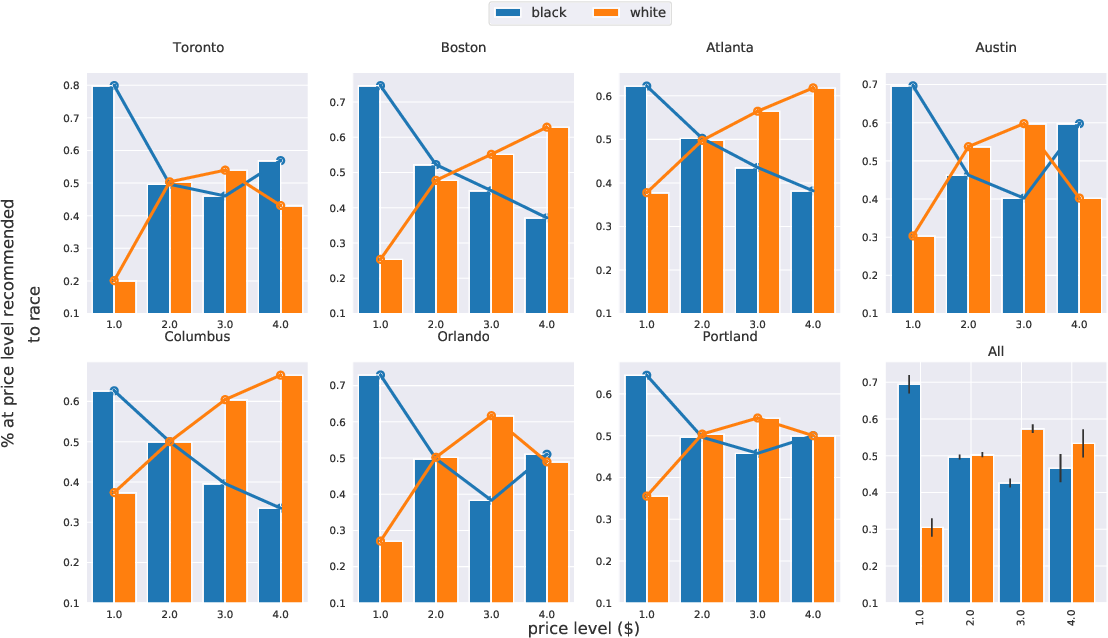 Conversational Recommendation Systems (CRSs) have recently started to leverage pretrained language models (LM) such as BERT for their ability to semantically interpret a wide range of preference statement variations. However, pretrained LMs are well-known to be prone to intrinsic biases in their training data, which may be exacerbated by biases embedded in domain-specific language data(e.g., user reviews) used to fine-tune LMs for CRSs. We study a recently introduced LM-driven recommendation backbone (termed LMRec) of a CRS to investigate how unintended bias i.e., language variations such as name references or indirect indicators of sexual orientation or location that should not affect recommendations manifests in significantly shifted price and category distributions of restaurant recommendations. The alarming results we observe strongly indicate that LMRec has learned to reinforce harmful stereotypes through its recommendations. For example, offhand mention of names associated with the black community significantly lowers the price distribution of recommended restaurants, while offhand mentions of common male-associated names lead to an increase in recommended alcohol-serving establishments. These and many related results presented in this work raise a red flag that advances in the language handling capability of LM-drivenCRSs do not come without significant challenges related to mitigating unintended bias in future deployed CRS assistants with a potential reach of hundreds of millions of end-users. 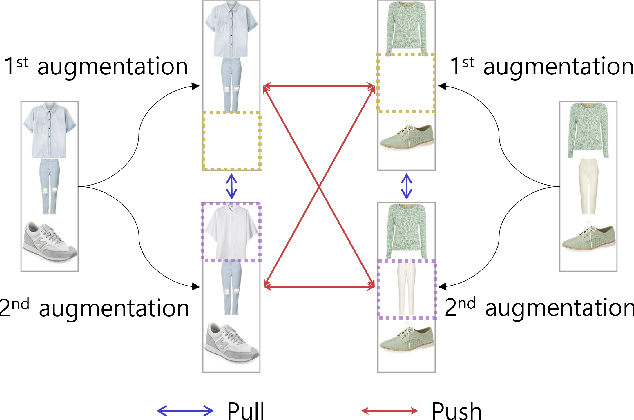 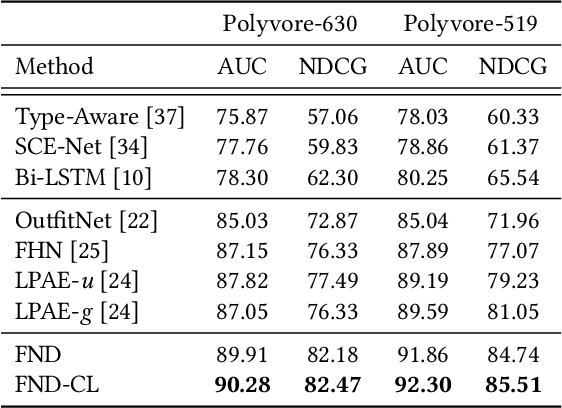 Personalized outfit recommendation has recently been in the spotlight with the rapid growth of the online fashion industry. However, recommending outfits has two significant challenges that should be addressed. The first challenge is that outfit recommendation often requires a complex and large model that utilizes visual information, incurring huge memory and time costs. One natural way to mitigate this problem is to compress such a cumbersome model with knowledge distillation (KD) techniques that leverage knowledge from a pretrained teacher model. However, it is hard to apply existing KD approaches in recommender systems (RS) to the outfit recommendation because they require the ranking of all possible outfits while the number of outfits grows exponentially to the number of consisting clothing items. Therefore, we propose a new KD framework for outfit recommendation, called False Negative Distillation (FND), which exploits false-negative information from the teacher model while not requiring the ranking of all candidates. The second challenge is that the explosive number of outfit candidates amplifying the data sparsity problem, often leading to poor outfit representation. To tackle this issue, inspired by the recent success of contrastive learning (CL), we introduce a CL framework for outfit representation learning with two proposed data augmentation methods. Quantitative and qualitative experiments on outfit recommendation datasets demonstrate the effectiveness and soundness of our proposed methods. 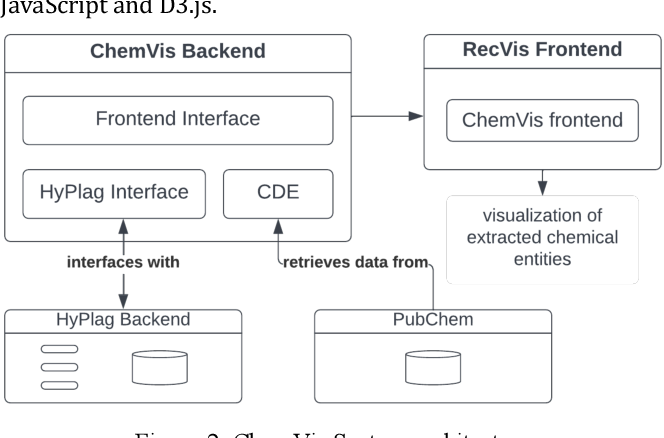 Researchers and scientists increasingly rely on specialized information retrieval (IR) or recommendation systems (RS) to support them in their daily research tasks. Paper recommender systems are one such tool scientists use to stay on top of the ever-increasing number of academic publications in their field. Improving research paper recommender systems is an active research field. However, less research has focused on how the interfaces of research paper recommender systems can be tailored to suit the needs of different research domains. For example, in the field of biomedicine and chemistry, researchers are not only interested in textual relevance but may also want to discover or compare the contained chemical entity information found in a paper's full text. Existing recommender systems for academic literature do not support the discovery of this non-textual, but semantically valuable, chemical entity data. We present the first implementation of a specialized chemistry paper recommender system capable of visualizing the contained chemical structures, chemical formulae, and synonyms for chemical compounds within the document's full text. We review existing tools and related research in this field before describing the implementation of our ChemVis system. With the help of chemists, we are expanding the functionality of ChemVis, and will perform an evaluation of recommendation performance and usability in future work. 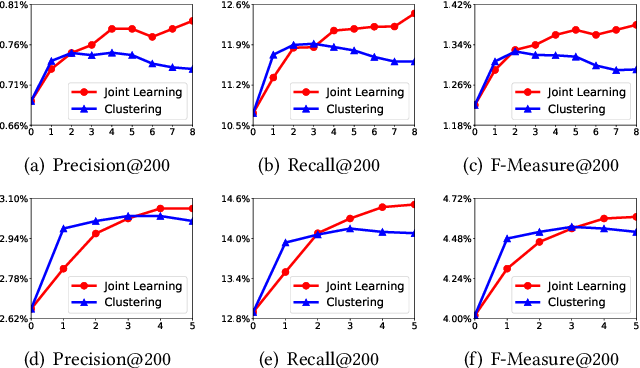 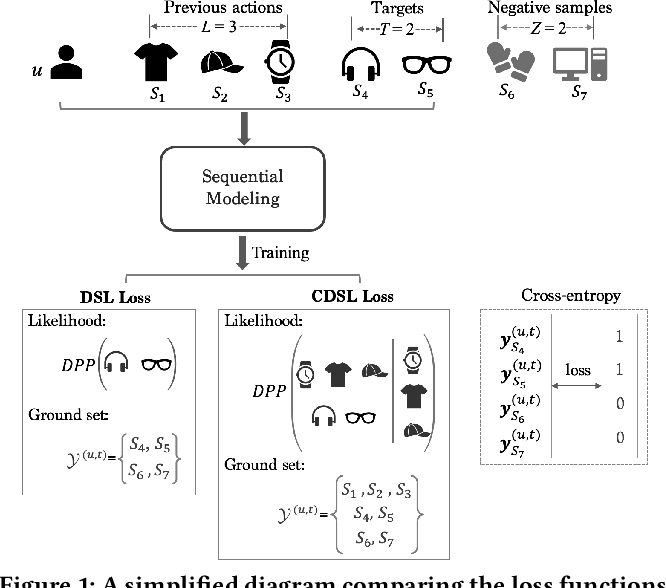 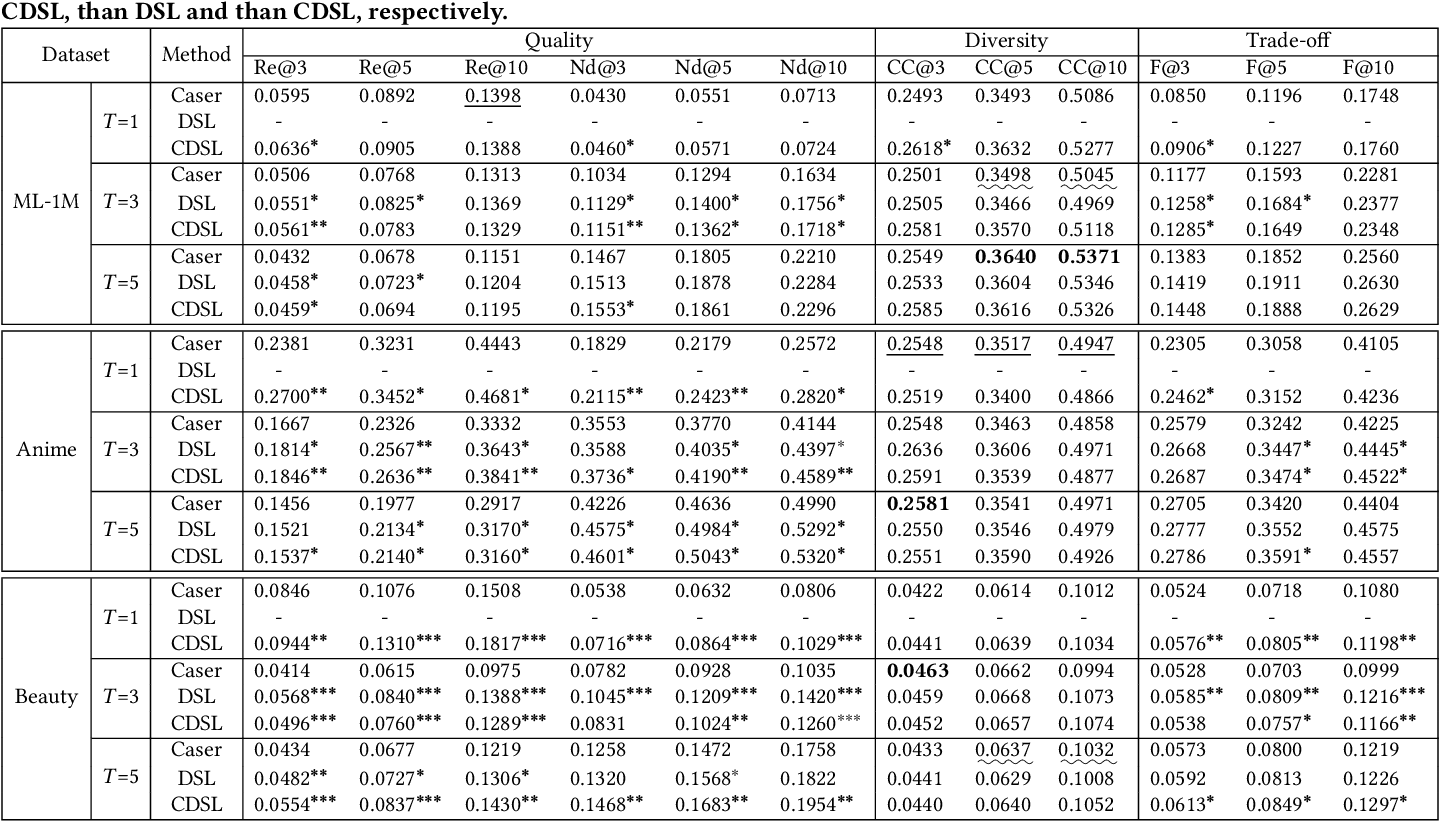 Sequential recommendation is a popular task in academic research and close to real-world application scenarios, where the goal is to predict the next action(s) of the user based on his/her previous sequence of actions. In the training process of recommender systems, the loss function plays an essential role in guiding the optimization of recommendation models to generate accurate suggestions for users. However, most existing sequential recommendation techniques focus on designing algorithms or neural network architectures, and few efforts have been made to tailor loss functions that fit naturally into the practical application scenario of sequential recommender systems. Ranking-based losses, such as cross-entropy and Bayesian Personalized Ranking (BPR) are widely used in the sequential recommendation area. We argue that such objective functions suffer from two inherent drawbacks: i) the dependencies among elements of a sequence are overlooked in these loss formulations; ii) instead of balancing accuracy (quality) and diversity, only generating accurate results has been over emphasized. We therefore propose two new loss functions based on the Determinantal Point Process (DPP) likelihood, that can be adaptively applied to estimate the subsequent item or items. The DPP-distributed item set captures natural dependencies among temporal actions, and a quality vs. diversity decomposition of the DPP kernel pushes us to go beyond accuracy-oriented loss functions. Experimental results using the proposed loss functions on three real-world datasets show marked improvements over state-of-the-art sequential recommendation methods in both quality and diversity metrics.