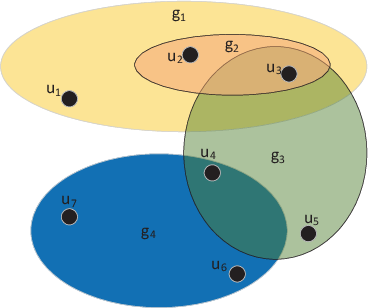 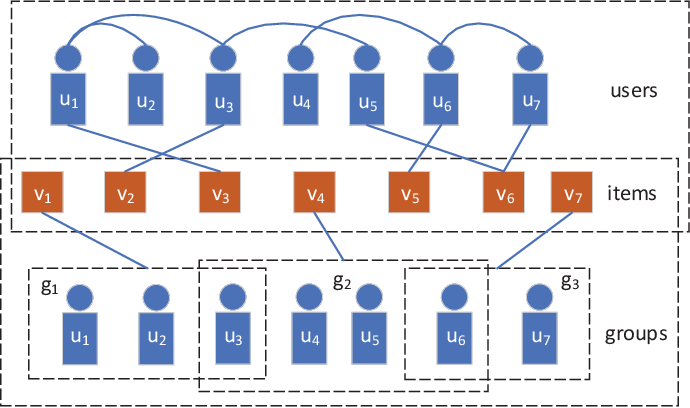 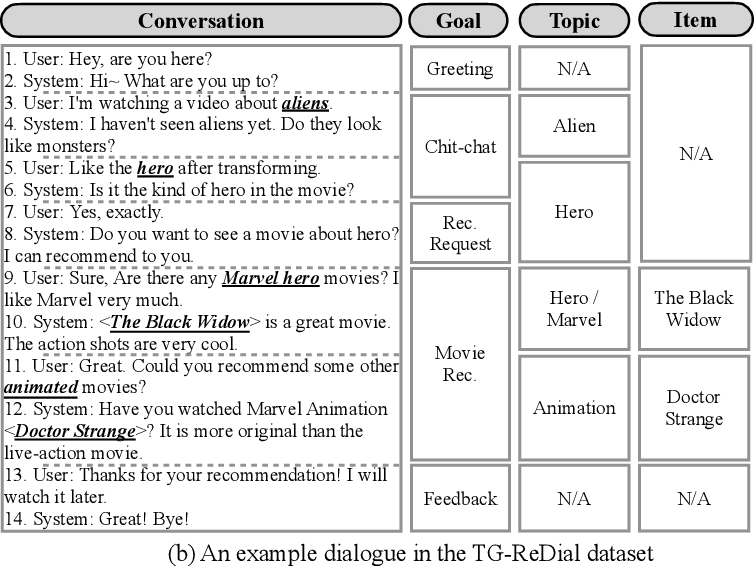 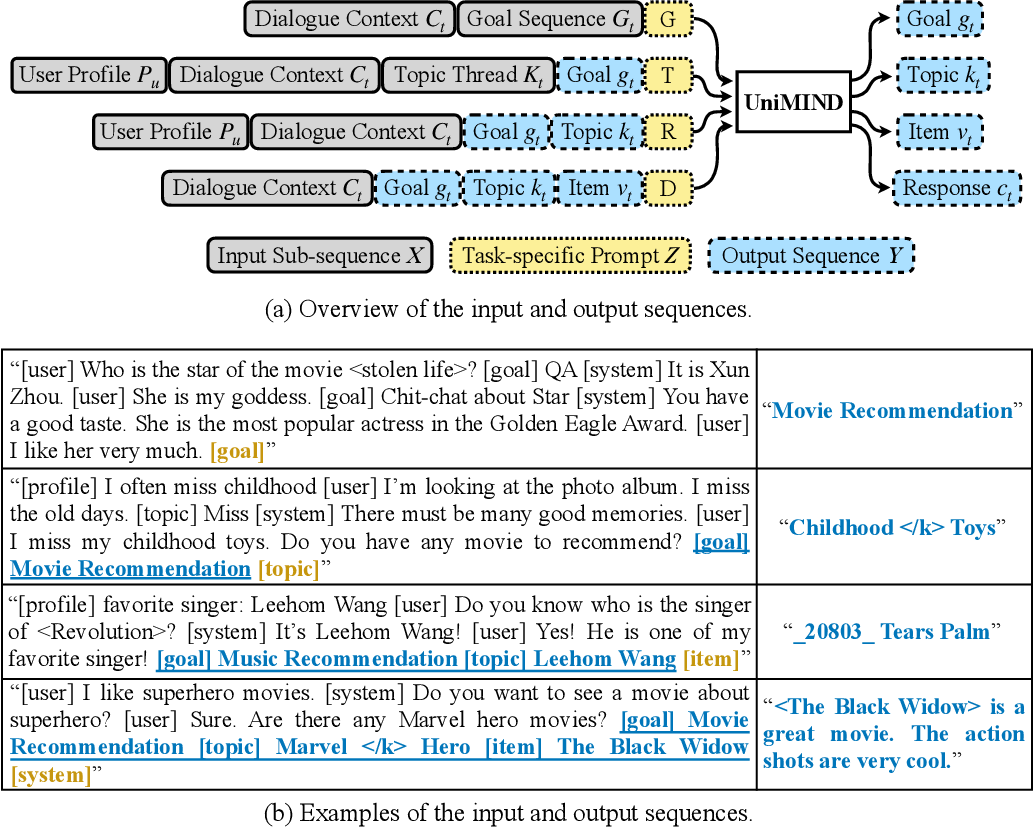 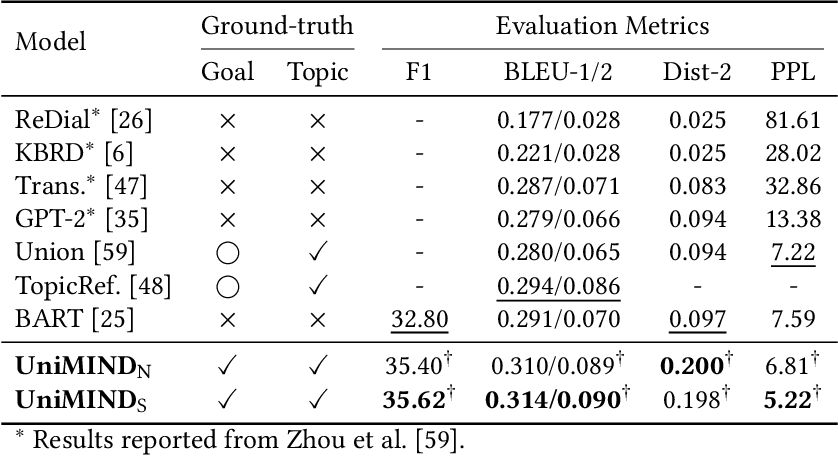 Recent years witnessed several advances in developing multi-goal conversational recommender systems (MG-CRS) that can proactively attract users' interests and naturally lead user-engaged dialogues with multiple conversational goals and diverse topics. Four tasks are often involved in MG-CRS, including Goal Planning, Topic Prediction, Item Recommendation, and Response Generation. Most existing studies address only some of these tasks. To handle the whole problem of MG-CRS, modularized frameworks are adopted where each task is tackled independently without considering their interdependencies. In this work, we propose a novel Unified MultI-goal conversational recommeNDer system, namely UniMIND. In specific, we unify these four tasks with different formulations into the same sequence-to-sequence (Seq2Seq) paradigm. Prompt-based learning strategies are investigated to endow the unified model with the capability of multi-task learning. Finally, the overall learning and inference procedure consists of three stages, including multi-task learning, prompt-based tuning, and inference. Experimental results on two MG-CRS benchmarks (DuRecDial and TG-ReDial) show that UniMIND achieves state-of-the-art performance on all tasks with a unified model. Extensive analyses and discussions are provided for shedding some new perspectives for MG-CRS. 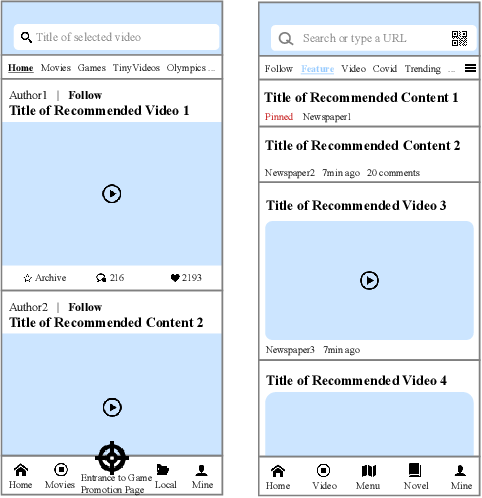 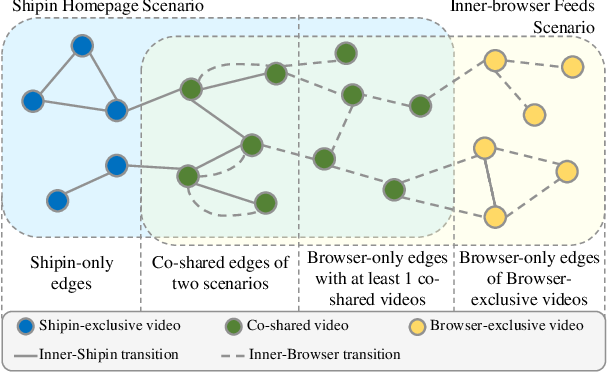 Recently, industrial recommendation services have been boosted by the continual upgrade of deep learning methods. However, they still face de-biasing challenges such as exposure bias and cold-start problem, where circulations of machine learning training on human interaction history leads algorithms to repeatedly suggest exposed items while ignoring less-active ones. Additional problems exist in multi-scenario platforms, e.g. appropriate data fusion from subsidiary scenarios, which we observe could be alleviated through graph structured data integration via message passing. In this paper, we present a multi-graph structured multi-scenario recommendation solution, which encapsulates interaction data across scenarios with multi-graph and obtains representation via graph learning. Extensive offline and online experiments on real-world datasets are conducted where the proposed method demonstrates an increase of 0.63% and 0.71% in CTR and Video Views per capita on new users over deployed set of baselines and outperforms regular method in increasing the number of outer-scenario videos by 25% and video watches by 116%, validating its superiority in activating cold videos and enriching target recommendation. 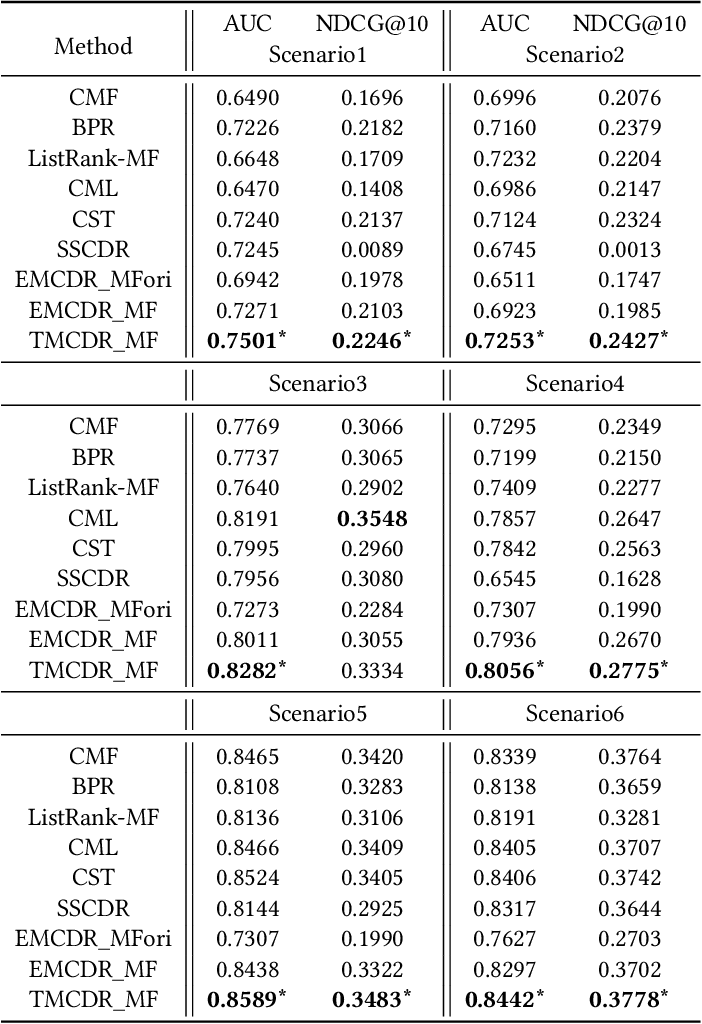 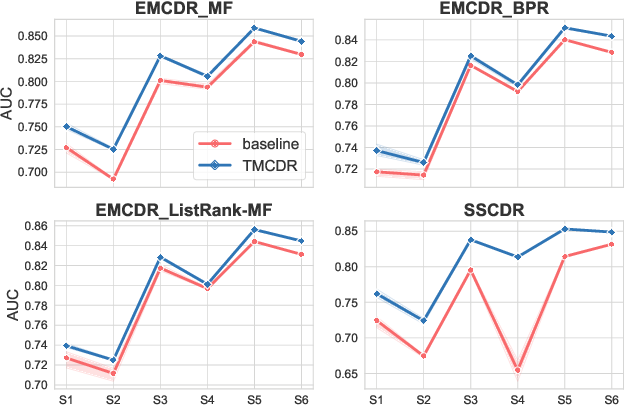 Cold-start problems are enormous challenges in practical recommender systems. One promising solution for this problem is cross-domain recommendation (CDR) which leverages rich information from an auxiliary (source) domain to improve the performance of recommender system in the target domain. In these CDR approaches, the family of Embedding and Mapping methods for CDR (EMCDR) is very effective, which explicitly learn a mapping function from source embeddings to target embeddings with overlapping users. However, these approaches suffer from one serious problem: the mapping function is only learned on limited overlapping users, and the function would be biased to the limited overlapping users, which leads to unsatisfying generalization ability and degrades the performance on cold-start users in the target domain. With the advantage of meta learning which has good generalization ability to novel tasks, we propose a transfer-meta framework for CDR (TMCDR) which has a transfer stage and a meta stage. In the transfer (pre-training) stage, a source model and a target model are trained on source and target domains, respectively. In the meta stage, a task-oriented meta network is learned to implicitly transform the user embedding in the source domain to the target feature space. In addition, the TMCDR is a general framework that can be applied upon various base models, e.g., MF, BPR, CML. By utilizing data from Amazon and Douban, we conduct extensive experiments on 6 cross-domain tasks to demonstrate the superior performance and compatibility of TMCDR. 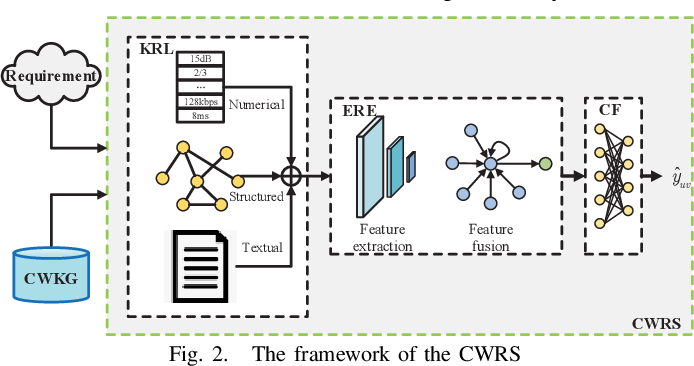 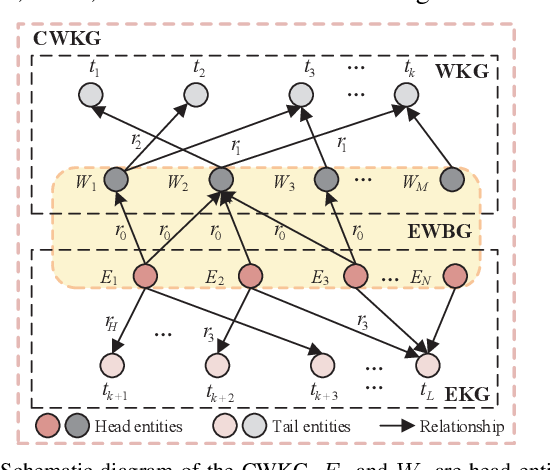 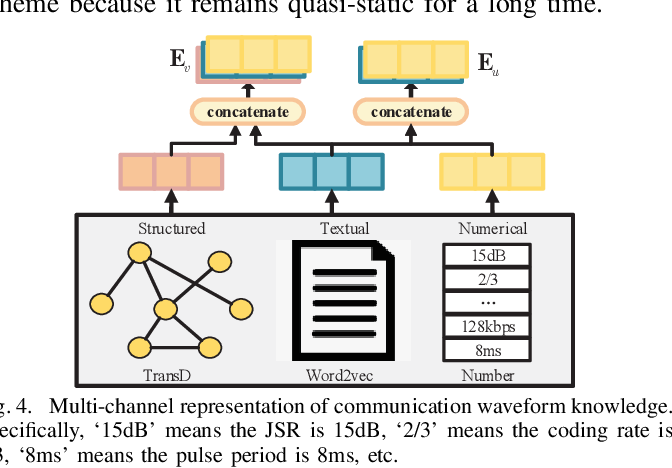 Traditionally, a communication waveform is designed by experts based on communication theory and their experiences on a case-by-case basis, which is usually laborious and time-consuming. In this paper, we investigate the waveform design from a novel perspective and propose a new waveform design paradigm with the knowledge graph (KG)-based intelligent recommendation system. The proposed paradigm aims to improve the design efficiency by structural characterization and representations of existing waveforms and intelligently utilizing the knowledge learned from them. To achieve this goal, we first build a communication waveform knowledge graph (CWKG) with a first-order neighbor node, for which both structured semantic knowledge and numerical parameters of a waveform are integrated by representation learning. Based on the developed CWKG, we further propose an intelligent communication waveform recommendation system (CWRS) to generate waveform candidates. In the CWRS, an improved involution1D operator, which is channel-agnostic and space-specific, is introduced according to the characteristics of KG-based waveform representation for feature extraction, and the multi-head self-attention is adopted to weigh the influence of various components for feature fusion. Meanwhile, multilayer perceptron-based collaborative filtering is used to evaluate the matching degree between the requirement and the waveform candidate. Simulation results show that the proposed CWKG-based CWRS can automatically recommend waveform candidates with high reliability. 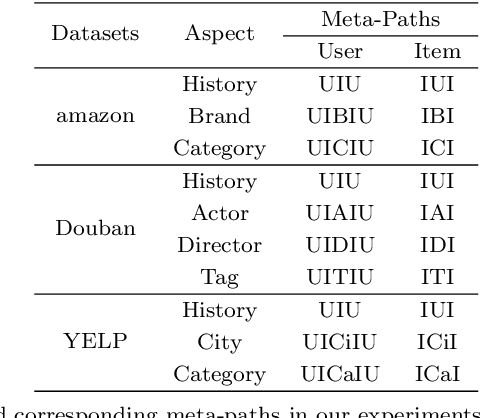 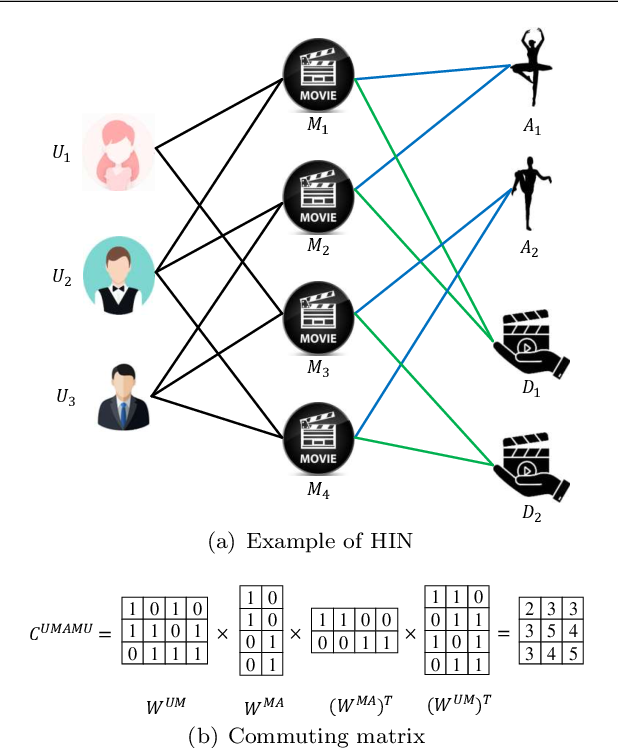 Recommendation systems (RSs) are skilled at capturing users' preferences according to their history interactions with items, while the RSs usually suffer from the sparsity of user-item interactions. Thus, various auxiliary information is introduced to alleviate this problem. Due to powerful ability in modeling auxiliary information, the heterogeneous information network (HIN) is widely applied to the RSs. However, in existing methods, the process of information extraction from various meta-paths takes no consideration of graph structure and user/item features simultaneously. Moreover, existing models usually fuse the information from various meta-paths through simply weighted summation, while ingore the interest compositions intra- and inter-meta-paths which is capable of applying abundant high-order composition interests to RSs. Therefore, we propose a HIN-based Interest Compositions model with graph neural network for Recommendation (short for HicRec). Above all, our model learns users and items representations from various graphs corresponding to the meta-paths with the help of the graph convolution network (GCN). Then, the representations of users and items are transformed into users' interests on items. Lastly, the interests intra- and inter-meta-paths are composed and applied to recommendation. Extensive experiments are conducted on three real-world datasets and the results show that the HicRec outperforms various baselines. 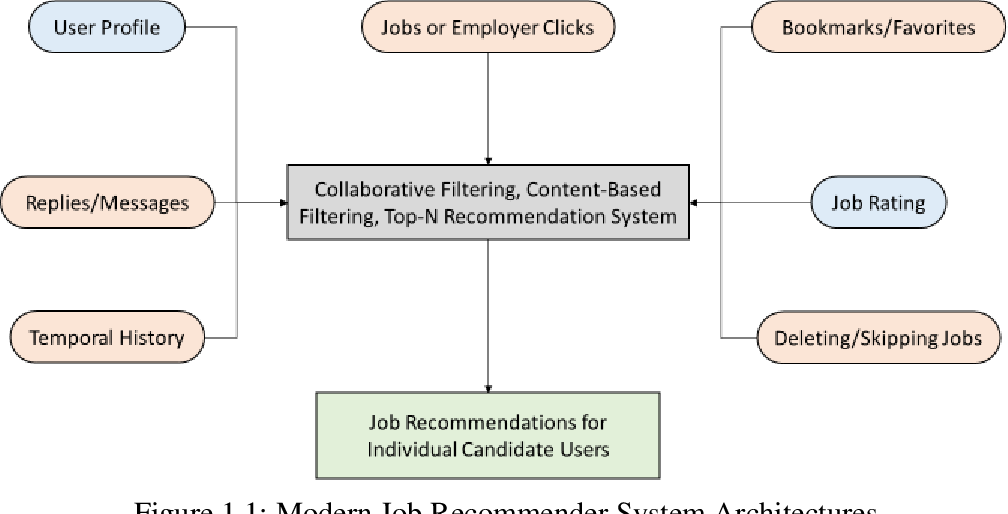 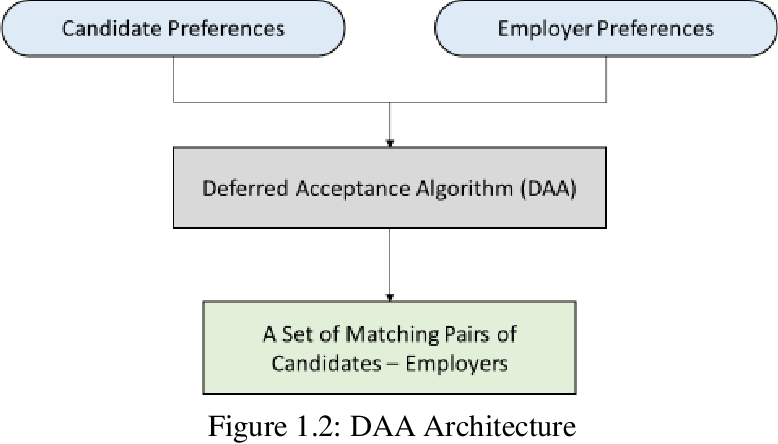 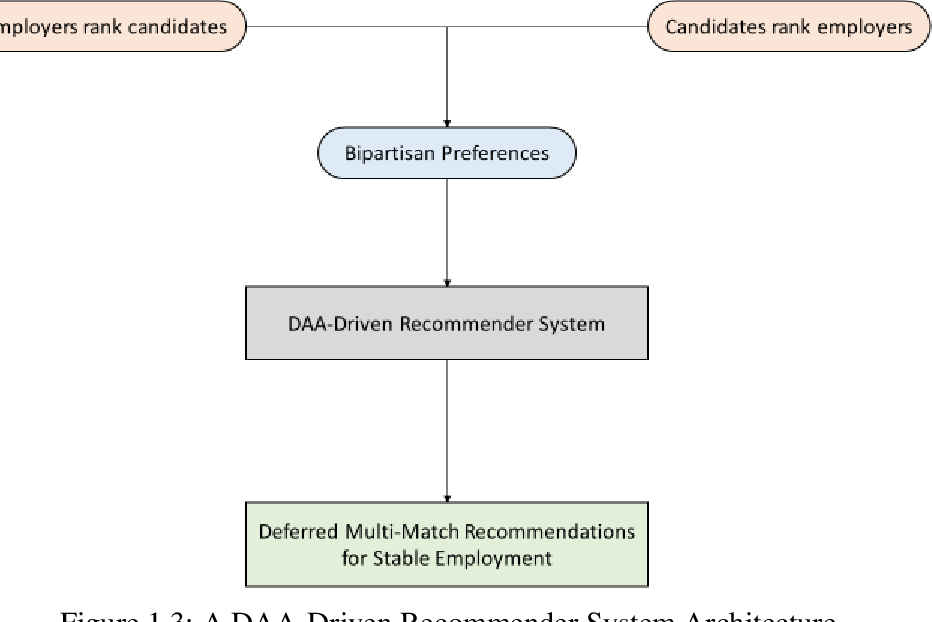 Coordination failure reduces match quality among employers and candidates in the job market, resulting in a large number of unfilled positions and/or unstable, short-term employment. Centralized job search engines provide a platform that connects directly employers with job-seekers. However, they require users to disclose a significant amount of personal data, i.e., build a user profile, in order to provide meaningful recommendations. In this paper, we present PrivateJobMatch -- a privacy-oriented deferred multi-match recommender system -- which generates stable pairings while requiring users to provide only a partial ranking of their preferences. PrivateJobMatch explores a series of adaptations of the game-theoretic Gale-Shapley deferred-acceptance algorithm which combine the flexibility of decentralized markets with the intelligence of centralized matching. We identify the shortcomings of the original algorithm when applied to a job market and propose novel solutions that rely on machine learning techniques. Experimental results on real and synthetic data confirm the benefits of the proposed algorithms across several quality measures. Over the past year, we have implemented a PrivateJobMatch prototype and deployed it in an active job market economy. Using the gathered real-user preference data, we find that the match-recommendations are superior to a typical decentralized job market---while requiring only a partial ranking of the user preferences. 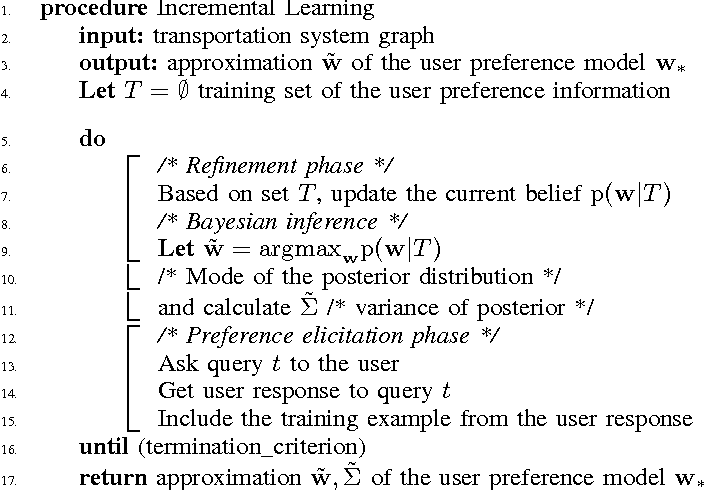 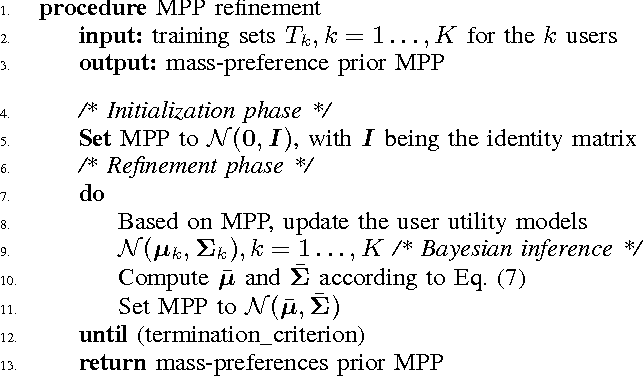 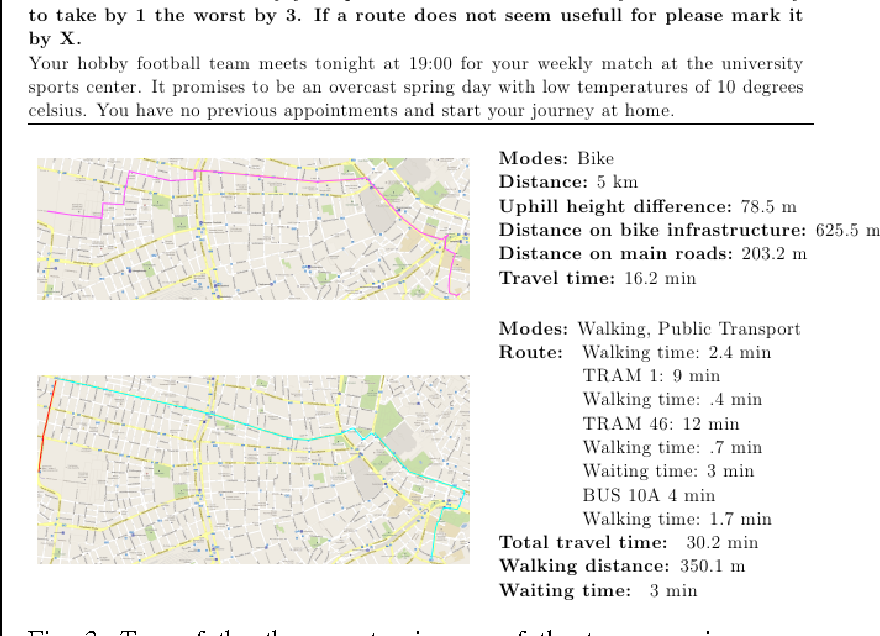 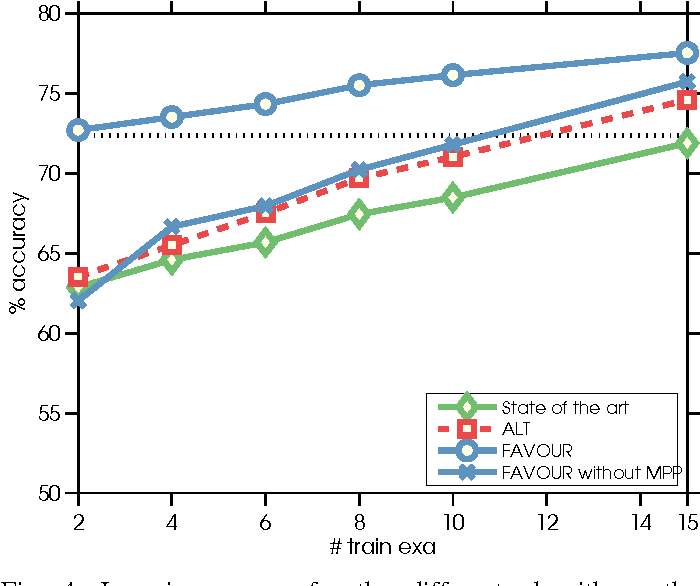 Route choice in multimodal networks shows a considerable variation between different individuals as well as the current situational context. Personalization of recommendation algorithms are already common in many areas, e.g., online retail. However, most online routing applications still provide shortest distance or shortest travel-time routes only, neglecting individual preferences as well as the current situation. Both aspects are of particular importance in a multimodal setting as attractivity of some transportation modes such as biking crucially depends on personal characteristics and exogenous factors like the weather. This paper introduces the FAVourite rOUte Recommendation (FAVOUR) approach to provide personalized, situation-aware route proposals based on three steps: first, at the initialization stage, the user provides limited information (home location, work place, mobility options, sociodemographics) used to select one out of a small number of initial profiles. Second, based on this information, a stated preference survey is designed in order to sharpen the profile. In this step a mass preference prior is used to encode the prior knowledge on preferences from the class identified in step one. And third, subsequently the profile is continuously updated during usage of the routing services. The last two steps use Bayesian learning techniques in order to incorporate information from all contributing individuals. The FAVOUR approach is presented in detail and tested on a small number of survey participants. The experimental results on this real-world dataset show that FAVOUR generates better-quality recommendations w.r.t. alternative learning algorithms from the literature. In particular the definition of the mass preference prior for initialization of step two is shown to provide better predictions than a number of alternatives from the literature.

Are We Really Making Much Progress? A Worrying Analysis of Recent Neural Recommendation Approaches 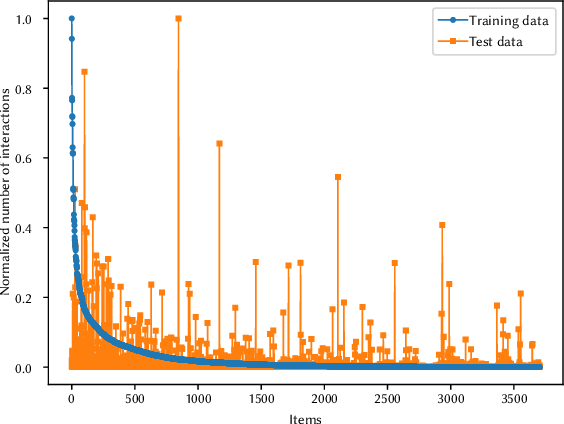 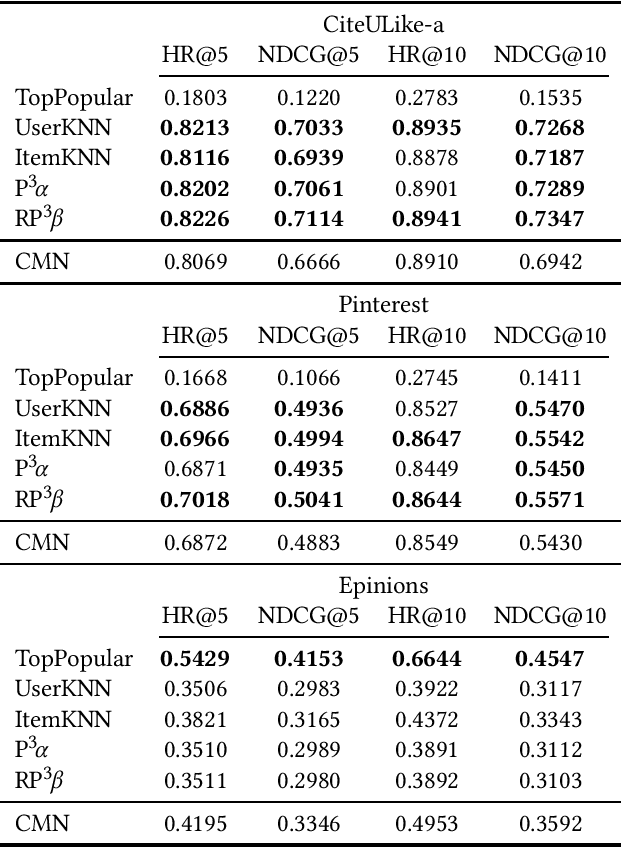 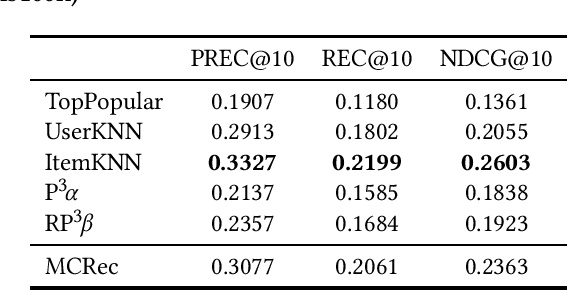 Deep learning techniques have become the method of choice for researchers working on algorithmic aspects of recommender systems. With the strongly increased interest in machine learning in general, it has, as a result, become difficult to keep track of what represents the state-of-the-art at the moment, e.g., for top-n recommendation tasks. At the same time, several recent publications point out problems in today's research practice in applied machine learning, e.g., in terms of the reproducibility of the results or the choice of the baselines when proposing new models. In this work, we report the results of a systematic analysis of algorithmic proposals for top-n recommendation tasks. Specifically, we considered 18 algorithms that were presented at top-level research conferences in the last years. Only 7 of them could be reproduced with reasonable effort. For these methods, it however turned out that 6 of them can often be outperformed with comparably simple heuristic methods, e.g., based on nearest-neighbor or graph-based techniques. The remaining one clearly outperformed the baselines but did not consistently outperform a well-tuned non-neural linear ranking method. Overall, our work sheds light on a number of potential problems in today's machine learning scholarship and calls for improved scientific practices in this area. Source code of our experiments and full results are available at: https://github.com/MaurizioFD/RecSys2019_DeepLearning_Evaluation.