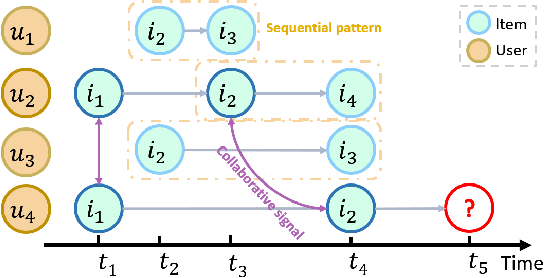 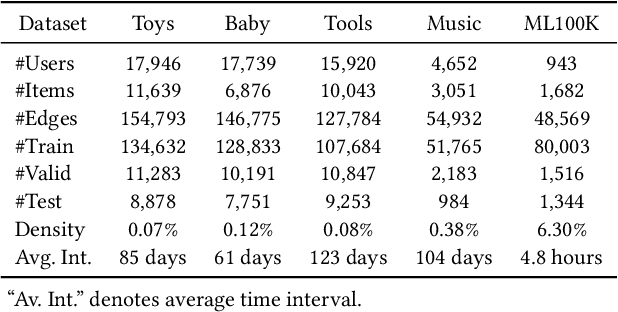 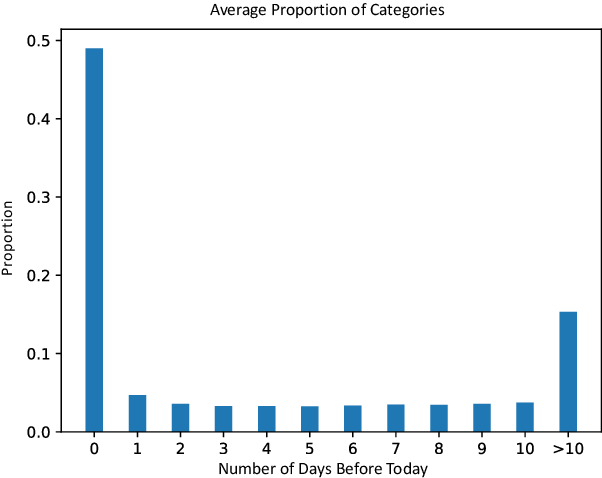 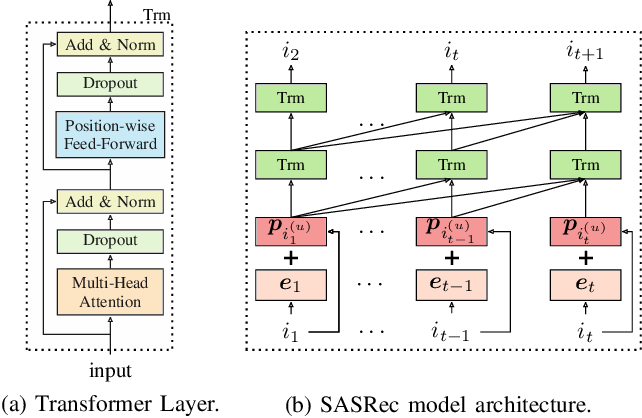 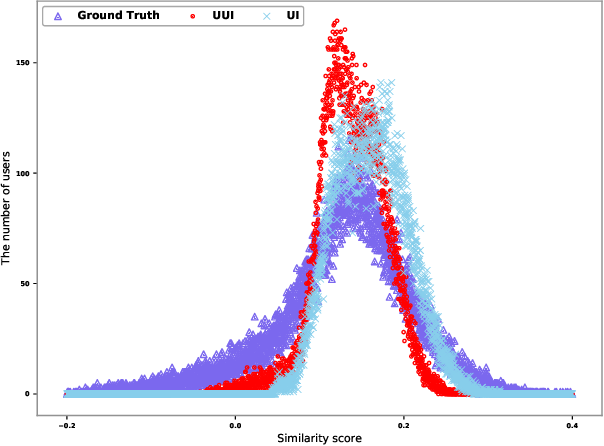 Recommender systems play a vital role in modern online services, such as Amazon and Taobao. Traditional personalized methods, which focus on user-item (UI) relations, have been widely applied in industrial settings, owing to their efficiency and effectiveness. Despite their success, we argue that these approaches ignore local information hidden in similar users. To tackle this problem, user-based methods exploit similar user relations to make recommendations in a local perspective. Nevertheless, traditional user-based methods, like userKNN and matrix factorization, are intractable to be deployed in the real-time applications since such transductive models have to be recomputed or retrained with any new interaction. To overcome this challenge, we propose a framework called self-complementary collaborative filtering~(SCCF) which can make recommendations with both global and local information in real time. On the one hand, it utilizes UI relations and user neighborhood to capture both global and local information. On the other hand, it can identify similar users for each user in real time by inferring user representations on the fly with an inductive model. The proposed framework can be seamlessly incorporated into existing inductive UI approach and benefit from user neighborhood with little additional computation. It is also the first attempt to apply user-based methods in real-time settings. The effectiveness and efficiency of SCCF are demonstrated through extensive offline experiments on four public datasets, as well as a large scale online A/B test in Taobao. 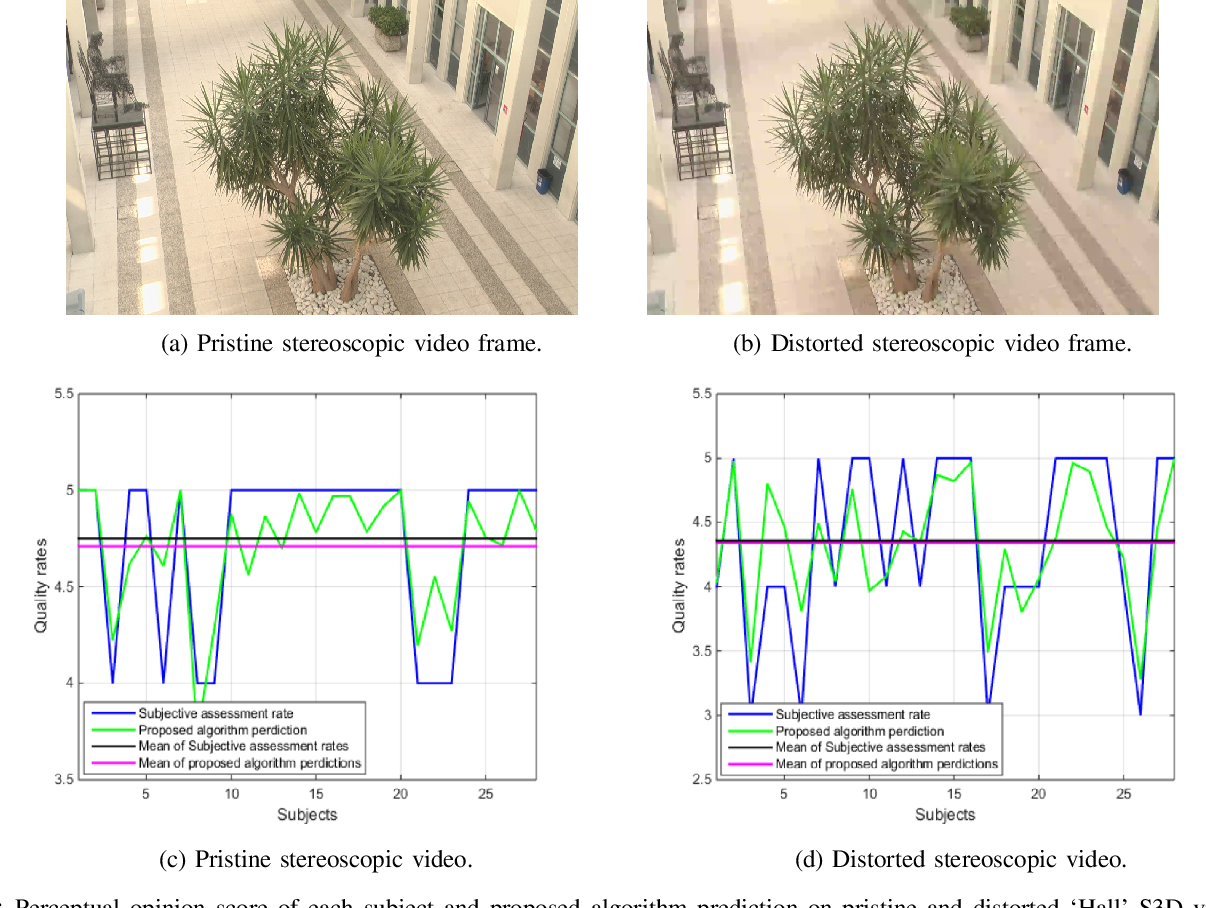 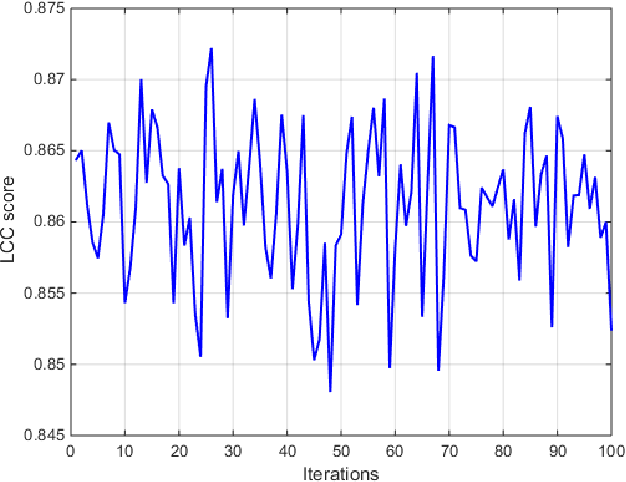 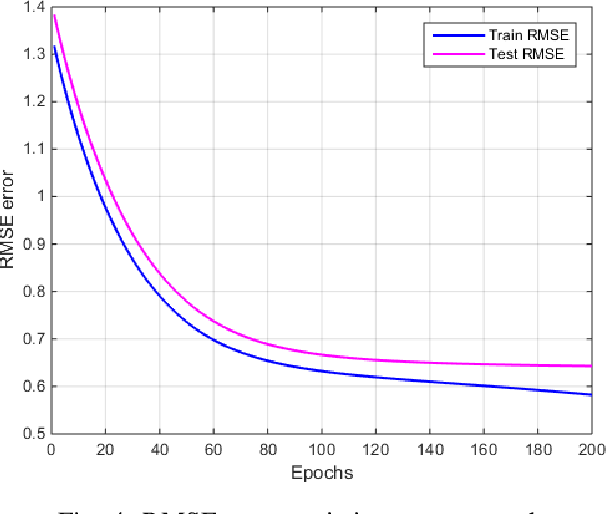 Numerous stereoscopic 3D movies are released every year to theaters and created large revenues. Despite the improvement in stereo capturing and 3D video post-production technology, stereoscopic artifacts which cause viewer discomfort continue to appear even in high-budget films. Existing automatic 3D video quality measurement tools can detect distortions in stereoscopic images or videos, but they fail to consider the viewer's subjective perception of those artifacts, and how these distortions affect their choices. In this paper, we introduce a novel recommendation system for stereoscopic 3D movies based on a latent factor model that meticulously analyse the viewer's subjective ratings and influence of 3D video distortions on their preferences. To the best of our knowledge, this is a first-of-its-kind model that recommends 3D movies based on stereo-film quality ratings accounting correlation between the viewer's visual discomfort and stereoscopic-artifact perception. The proposed model is trained and tested on benchmark Nama3ds1-cospad1 and LFOVIAS3DPh2 S3D video quality assessment datasets. The experiments revealed that resulting matrix-factorization based recommendation system is able to generalize considerably better for the viewer's subjective ratings. 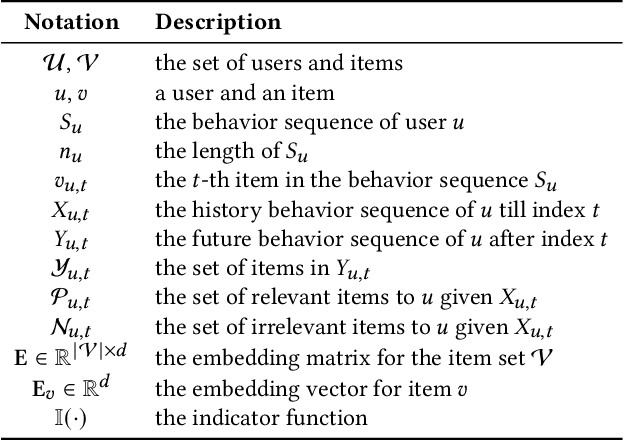 Learning the user-item relevance hidden in implicit feedback data plays an important role in modern recommender systems. Neural sequential recommendation models, which formulates learning the user-item relevance as a sequential classification problem to distinguish items in future behaviors from others based on the user's historical behaviors, have attracted a lot of interest in both industry and academic due to their substantial practical value. Though achieving many practical successes, we argue that the intrinsic {\bf incompleteness} and {\bf inaccuracy} of user behaviors in implicit feedback data is ignored and conduct preliminary experiments for supporting our claims. Motivated by the observation that model-free methods like behavioral retargeting (BR) and item-based collaborative filtering (ItemCF) hit different parts of the user-item relevance compared to neural sequential recommendation models, we propose a novel model-agnostic training approach called WSLRec, which adopts a three-stage framework: pre-training, top-$k$ mining, and fine-tuning. WSLRec resolves the incompleteness problem by pre-training models on extra weak supervisions from model-free methods like BR and ItemCF, while resolves the inaccuracy problem by leveraging the top-$k$ mining to screen out reliable user-item relevance from weak supervisions for fine-tuning. Experiments on two benchmark datasets and online A/B tests verify the rationality of our claims and demonstrate the effectiveness of WSLRec. 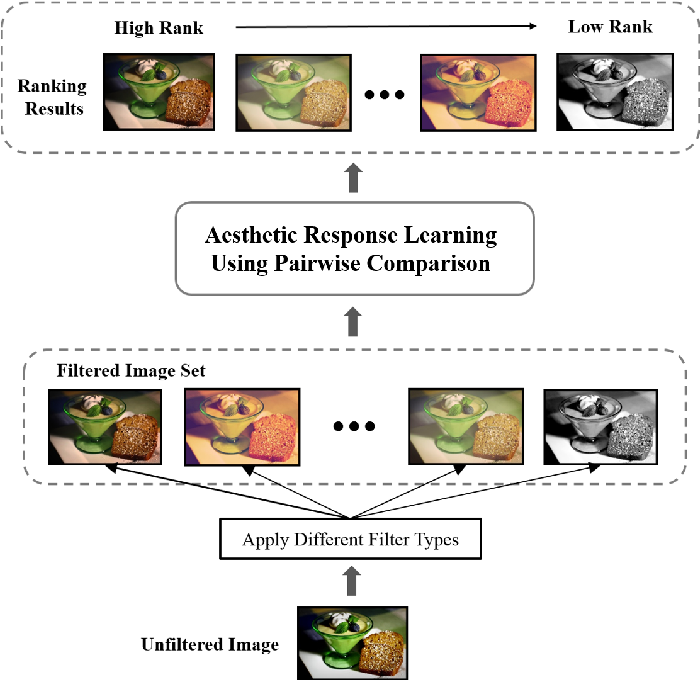 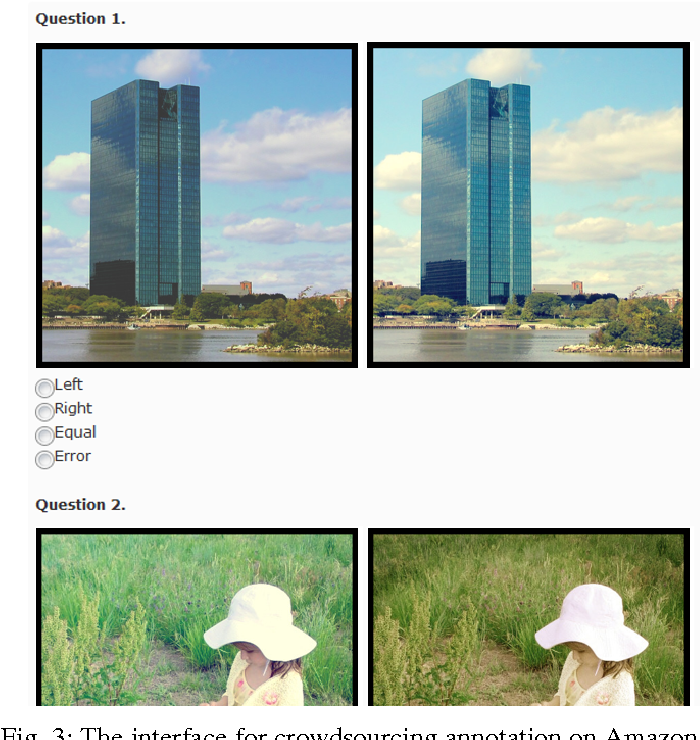 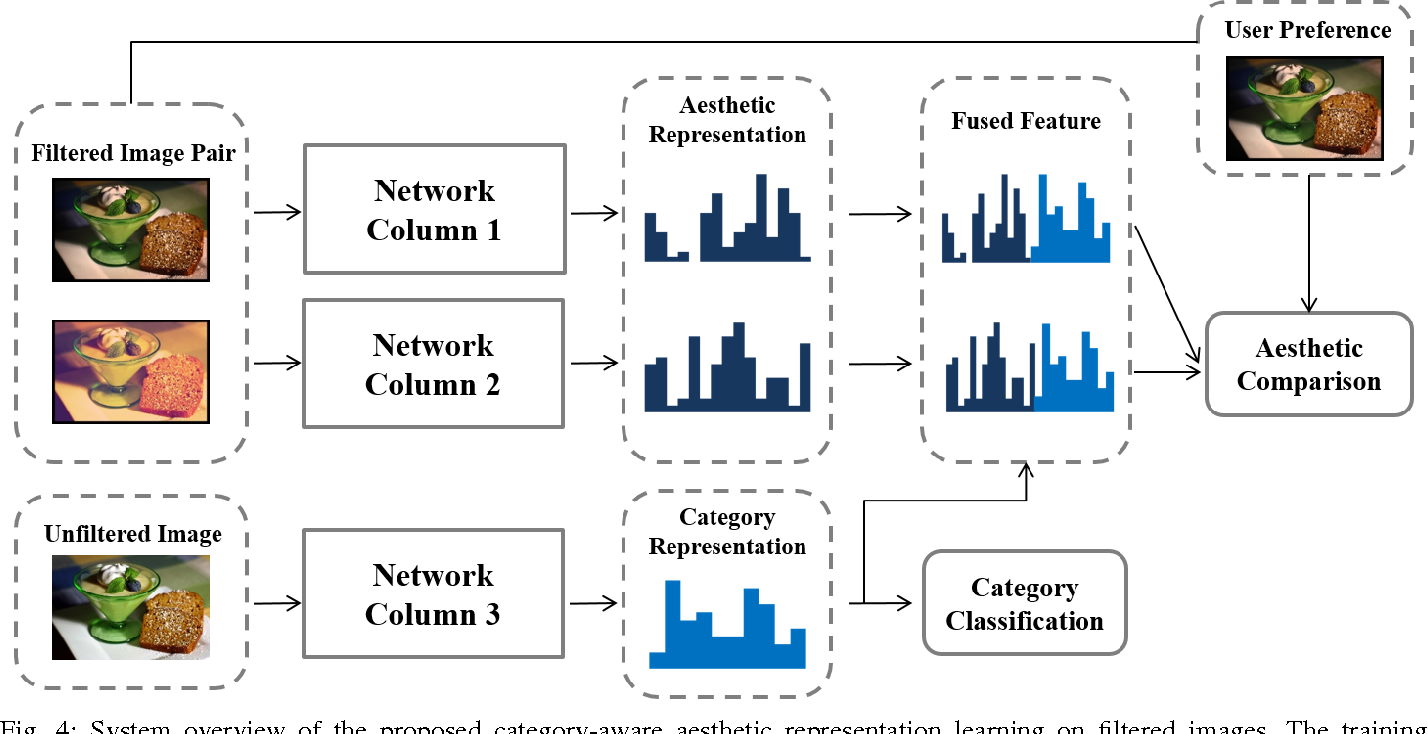 Nowadays, social media has become a popular platform for the public to share photos. To make photos more visually appealing, users usually apply filters on their photos without domain knowledge. However, due to the growing number of filter types, it becomes a major issue for users to choose the best filter type. For this purpose, filter recommendation for photo aesthetics takes an important role in image quality ranking problems. In these years, several works have declared that Convolutional Neural Networks (CNNs) outperform traditional methods in image aesthetic categorization, which classifies images into high or low quality. Most of them do not consider the effect on filtered images; hence, we propose a novel image aesthetic learning for filter recommendation. Instead of binarizing image quality, we adjust the state-of-the-art CNN architectures and design a pairwise loss function to learn the embedded aesthetic responses in hidden layers for filtered images. Based on our pilot study, we observe image categories (e.g., portrait, landscape, food) will affect user preference on filter selection. We further integrate category classification into our proposed aesthetic-oriented models. To the best of our knowledge, there is no public dataset for aesthetic judgment with filtered images. We create a new dataset called Filter Aesthetic Comparison Dataset (FACD). It contains 28,160 filtered images based on the AVA dataset and 42,240 reliable image pairs with aesthetic annotations using Amazon Mechanical Turk. It is the first dataset containing filtered images and user preference labels. We conduct experiments on the collected FACD for filter recommendation, and the results show that our proposed category-aware aesthetic learning outperforms aesthetic classification methods (e.g., 12% relative improvement).

Conversational recommender systems (CRS) aim to recommend suitable items to users through natural language conversations. For developing effective CRSs, a major technical issue is how to accurately infer user preference from very limited conversation context. To address issue, a promising solution is to incorporate external data for enriching the context information. However, prior studies mainly focus on designing fusion models tailored for some specific type of external data, which is not general to model and utilize multi-type external data. To effectively leverage multi-type external data, we propose a novel coarse-to-fine contrastive learning framework to improve data semantic fusion for CRS. In our approach, we first extract and represent multi-grained semantic units from different data signals, and then align the associated multi-type semantic units in a coarse-to-fine way. To implement this framework, we design both coarse-grained and fine-grained procedures for modeling user preference, where the former focuses on more general, coarse-grained semantic fusion and the latter focuses on more specific, fine-grained semantic fusion. Such an approach can be extended to incorporate more kinds of external data. Extensive experiments on two public CRS datasets have demonstrated the effectiveness of our approach in both recommendation and conversation tasks. 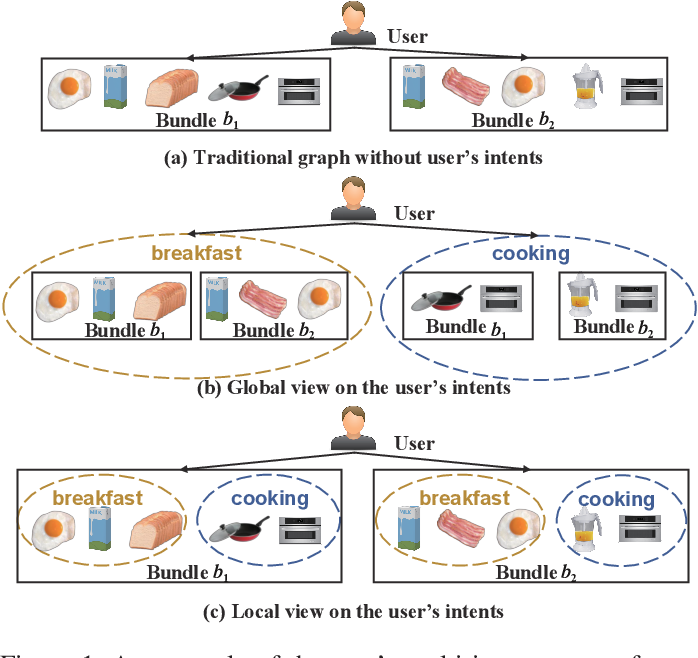 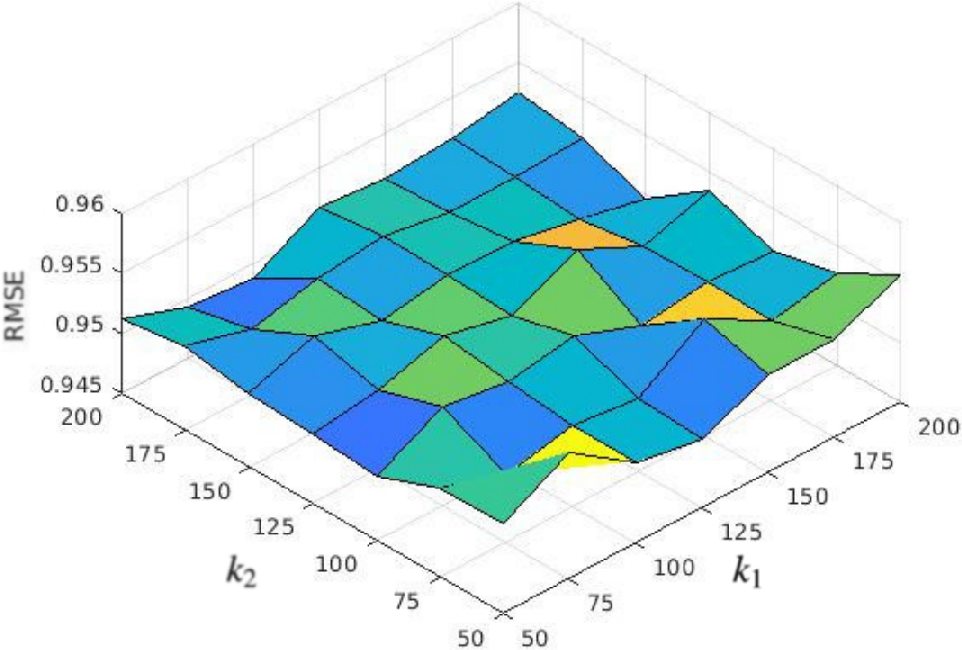 Recommender systems based on collaborative filtering play a vital role in many E-commerce applications as they guide the user in finding their items of interest based on the user's past transactions and feedback of other similar customers. Data Sparsity is one of the major drawbacks with collaborative filtering technique arising due to the less number of transactions and feedback data. In order to reduce the sparsity problem, techniques called transfer learning/cross-domain recommendation has emerged. In transfer learning methods, the data from other dense domain(s) (source) is considered in order to predict the missing ratings in the sparse domain (target). In this paper, we come up with a novel transfer learning approach for cross-domain recommendation, wherein the cluster-level rating pattern(codebook) of the source domain is obtained via a co-clustering technique. Thereafter we apply the Maximum Margin Matrix factorization (MMMF) technique on the codebook in order to learn the user and item latent features of codebook. Prediction of the target rating matrix is achieved by introducing these latent features in a novel way into the optimisation function. In the experiments we demonstrate that our model improves the prediction accuracy of the target matrix on benchmark datasets. 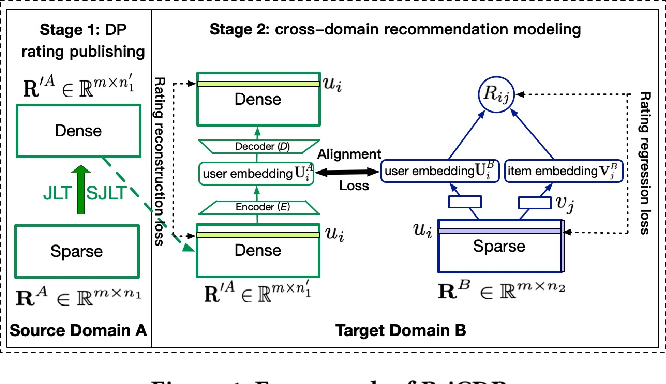 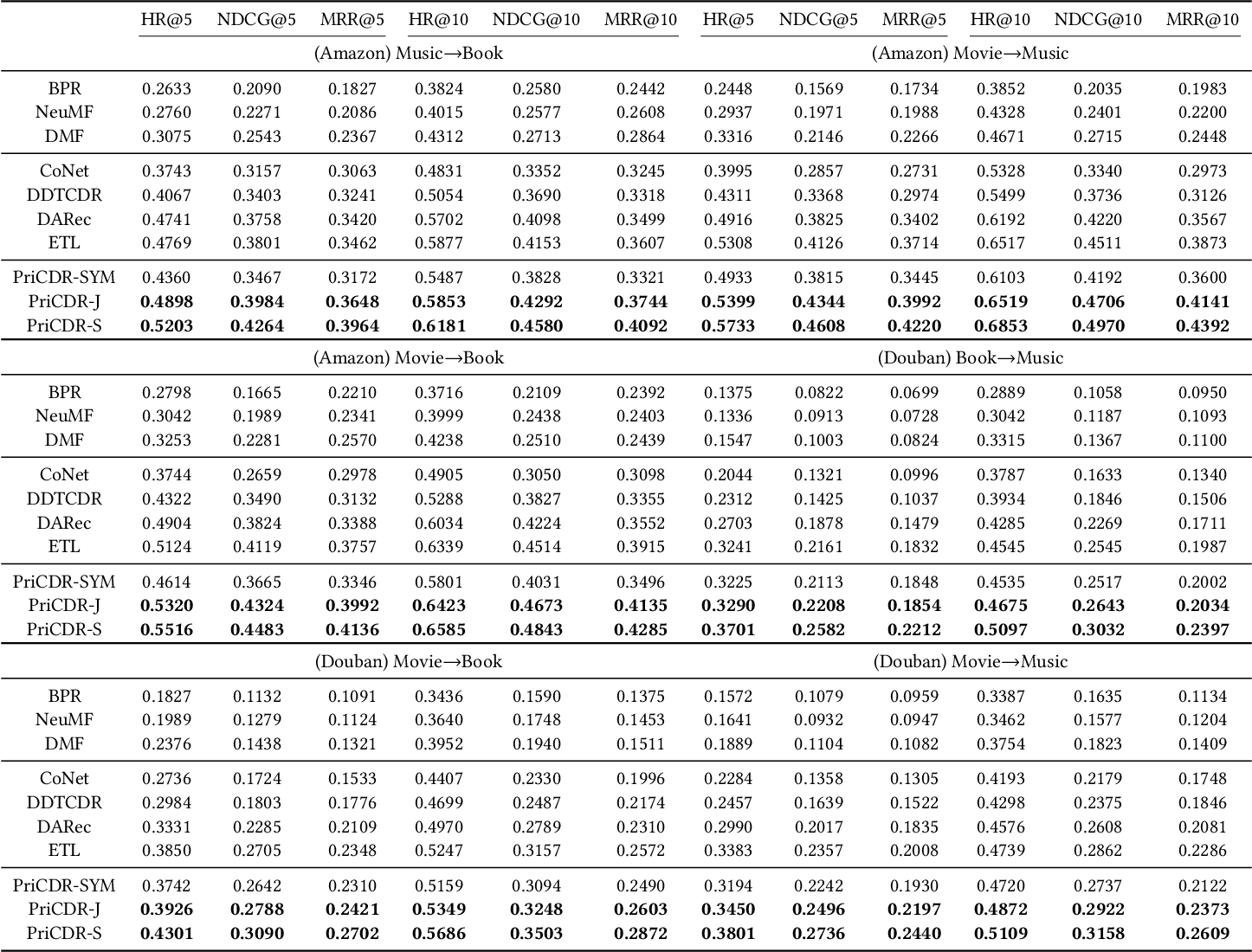 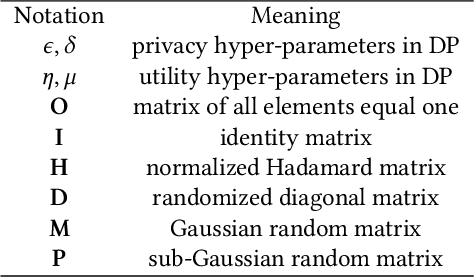 Cross Domain Recommendation (CDR) has been popularly studied to alleviate the cold-start and data sparsity problem commonly existed in recommender systems. CDR models can improve the recommendation performance of a target domain by leveraging the data of other source domains. However, most existing CDR models assume information can directly 'transfer across the bridge', ignoring the privacy issues. To solve the privacy concern in CDR, in this paper, we propose a novel two stage based privacy-preserving CDR framework (PriCDR). In the first stage, we propose two methods, i.e., Johnson-Lindenstrauss Transform (JLT) based and Sparse-awareJLT (SJLT) based, to publish the rating matrix of the source domain using differential privacy. We theoretically analyze the privacy and utility of our proposed differential privacy based rating publishing methods. In the second stage, we propose a novel heterogeneous CDR model (HeteroCDR), which uses deep auto-encoder and deep neural network to model the published source rating matrix and target rating matrix respectively. To this end, PriCDR can not only protect the data privacy of the source domain, but also alleviate the data sparsity of the source domain. We conduct experiments on two benchmark datasets and the results demonstrate the effectiveness of our proposed PriCDR and HeteroCDR. 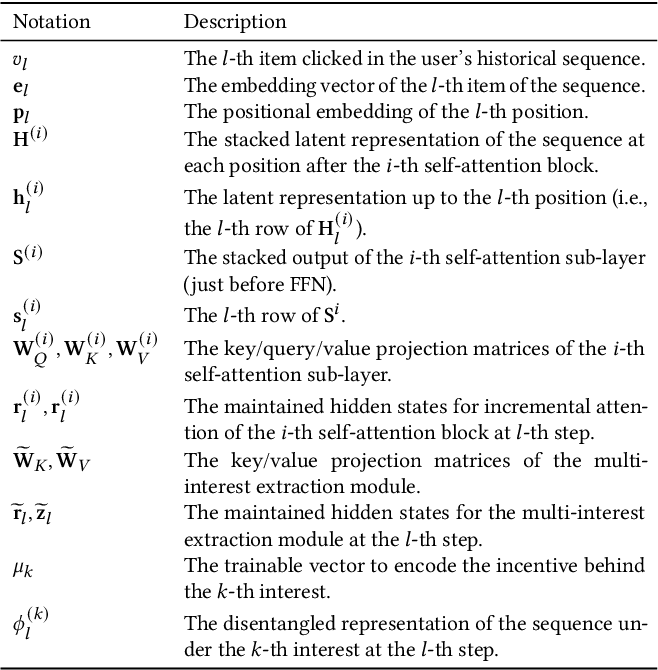 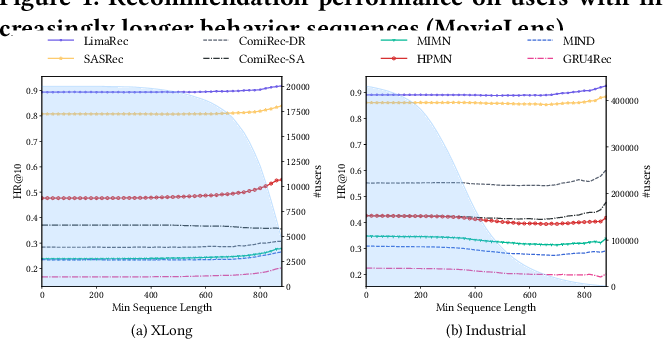 Sequential recommendation plays an increasingly important role in many e-commerce services such as display advertisement and online shopping. With the rapid development of these services in the last two decades, users have accumulated a massive amount of behavior data. Richer sequential behavior data has been proven to be of great value for sequential recommendation. However, traditional sequential models fail to handle users' lifelong sequences, as their linear computational and storage cost prohibits them from performing online inference. Recently, lifelong sequential modeling methods that borrow the idea of memory networks from NLP are proposed to address this issue. However, the RNN-based memory networks built upon intrinsically suffer from the inability to capture long-term dependencies and may instead be overwhelmed by the noise on extremely long behavior sequences. In addition, as the user's behavior sequence gets longer, more interests would be demonstrated in it. It is therefore crucial to model and capture the diverse interests of users. In order to tackle these issues, we propose a novel lifelong incremental multi-interest self attention based sequential recommendation model, namely LimaRec. Our proposed method benefits from the carefully designed self-attention to identify relevant information from users' behavior sequences with different interests. It is still able to incrementally update users' representations for online inference, similarly to memory network based approaches. We extensively evaluate our method on four real-world datasets and demonstrate its superior performances compared to the state-of-the-art baselines.