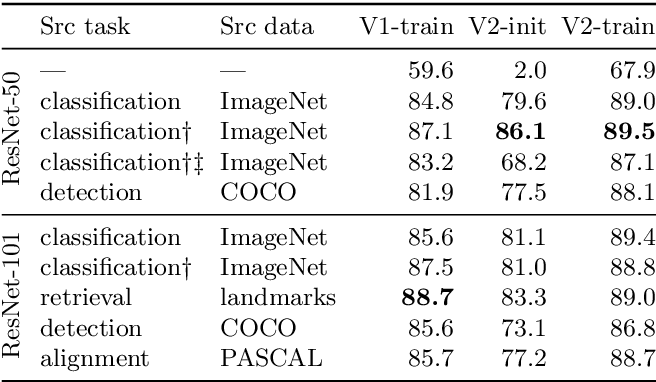 In this paper, we consider the task of one-shot object detection, which consists in detecting objects defined by a single demonstration. Differently from the standard object detection, the classes of objects used for training and testing do not overlap. We build the one-stage system that performs localization and recognition jointly. We use dense correlation matching of learned local features to find correspondences, a feed-forward geometric transformation model to align features and bilinear resampling of the correlation tensor to compute the detection score of the aligned features. All the components are differentiable, which allows end-to-end training. Experimental evaluation on several challenging domains (retail products, 3D objects, buildings and logos) shows that our method can detect unseen classes (e.g., toothpaste when trained on groceries) and outperforms several baselines by a significant margin. Our code is available online: https://github.com/aosokin/os2d . 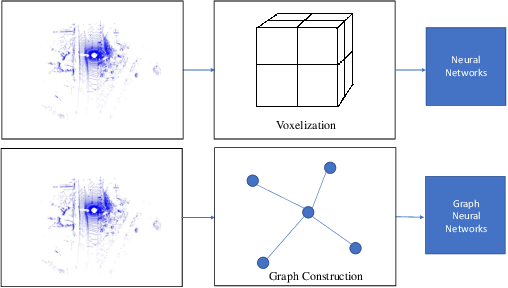 A robust and accurate 3D detection system is an integral part of autonomous vehicles. Traditionally, a majority of 3D object detection algorithms focus on processing 3D point clouds using voxel grids or bird's eye view (BEV). Recent works, however, demonstrate the utilization of the graph neural network (GNN) as a promising approach to 3D object detection. In this work, we propose an attention based feature aggregation technique in GNN for detecting objects in LiDAR scan. We first employ a distance-aware down-sampling scheme that not only enhances the algorithmic performance but also retains maximum geometric features of objects even if they lie far from the sensor. In each layer of the GNN, apart from the linear transformation which maps the per node input features to the corresponding higher level features, a per node masked attention by specifying different weights to different nodes in its first ring neighborhood is also performed. The masked attention implicitly accounts for the underlying neighborhood graph structure of every node and also eliminates the need of costly matrix operations thereby improving the detection accuracy without compromising the performance. The experiments on KITTI dataset show that our method yields comparable results for 3D object detection. 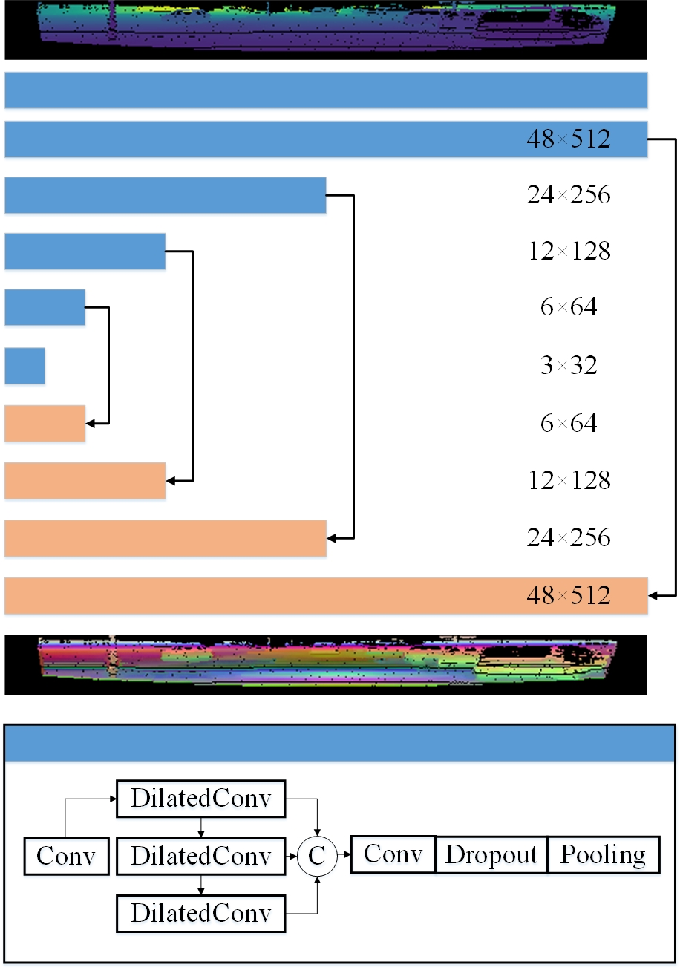 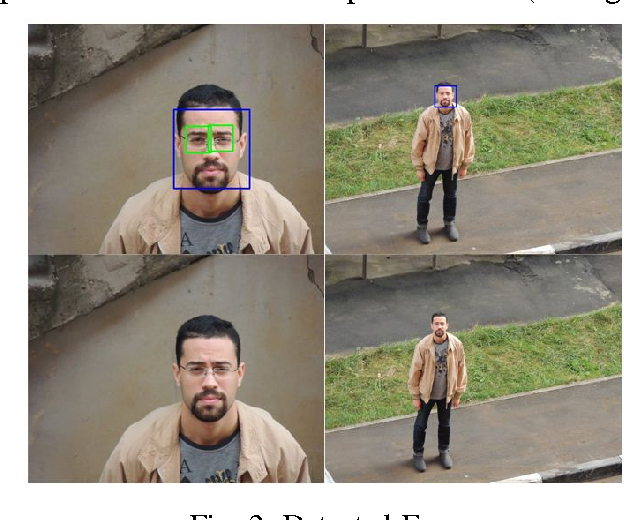 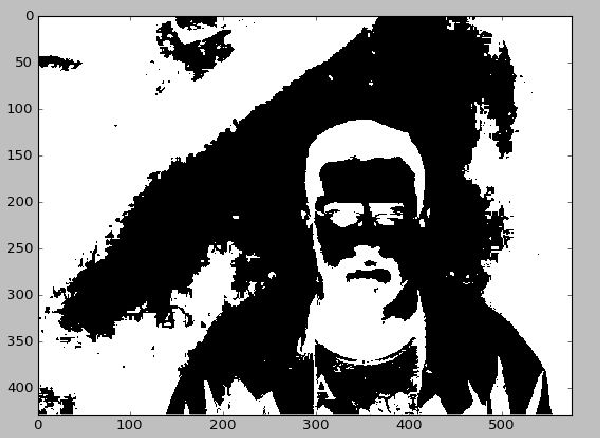 An Unmanned Ariel vehicle (UAV) has greater importance in the army for border security. The main objective of this article is to develop an OpenCV-Python code using Haar Cascade algorithm for object and face detection. Currently, UAVs are used for detecting and attacking the infiltrated ground targets. The main drawback for this type of UAVs is that sometimes the object are not properly detected, which thereby causes the object to hit the UAV. This project aims to avoid such unwanted collisions and damages of UAV. UAV is also used for surveillance that uses Voila-jones algorithm to detect and track humans. This algorithm uses cascade object detector function and vision. train function to train the algorithm. The main advantage of this code is the reduced processing time. The Python code was tested with the help of available database of video and image, the output was verified.

Object Detection in Aerial Images: What Improves the Accuracy? 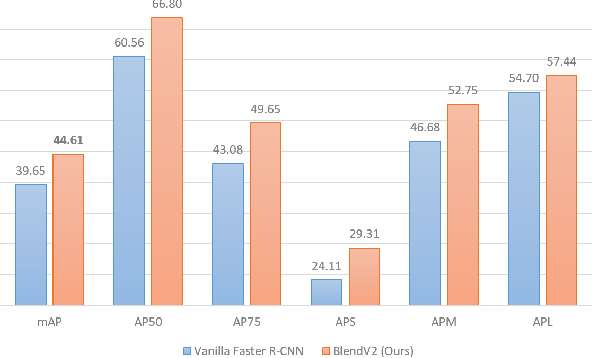 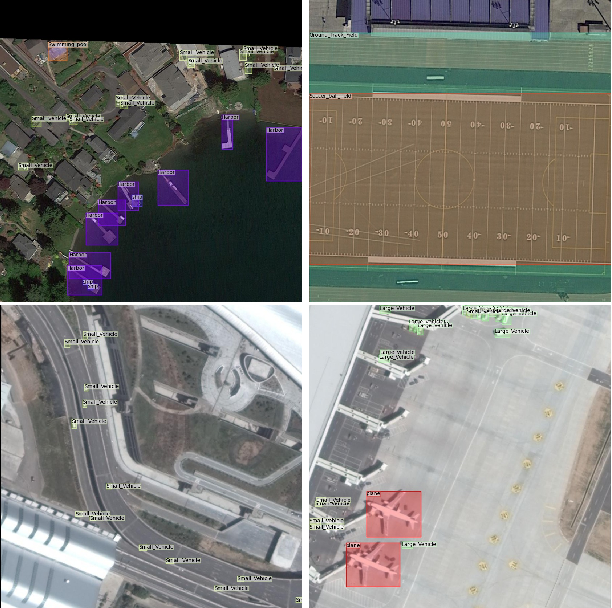 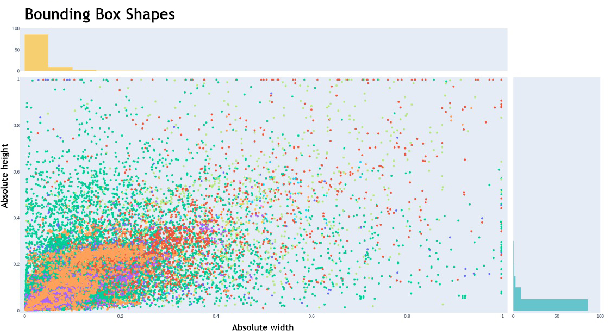 Object detection is a challenging and popular computer vision problem. The problem is even more challenging in aerial images due to significant variation in scale and viewpoint in a diverse set of object categories. Recently, deep learning-based object detection approaches have been actively explored for the problem of object detection in aerial images. In this work, we investigate the impact of Faster R-CNN for aerial object detection and explore numerous strategies to improve its performance for aerial images. We conduct extensive experiments on the challenging iSAID dataset. The resulting adapted Faster R-CNN obtains a significant mAP gain of 4.96% over its vanilla baseline counterpart on the iSAID validation set, demonstrating the impact of different strategies investigated in this work.

YOLO Nano: a Highly Compact You Only Look Once Convolutional Neural Network for Object Detection 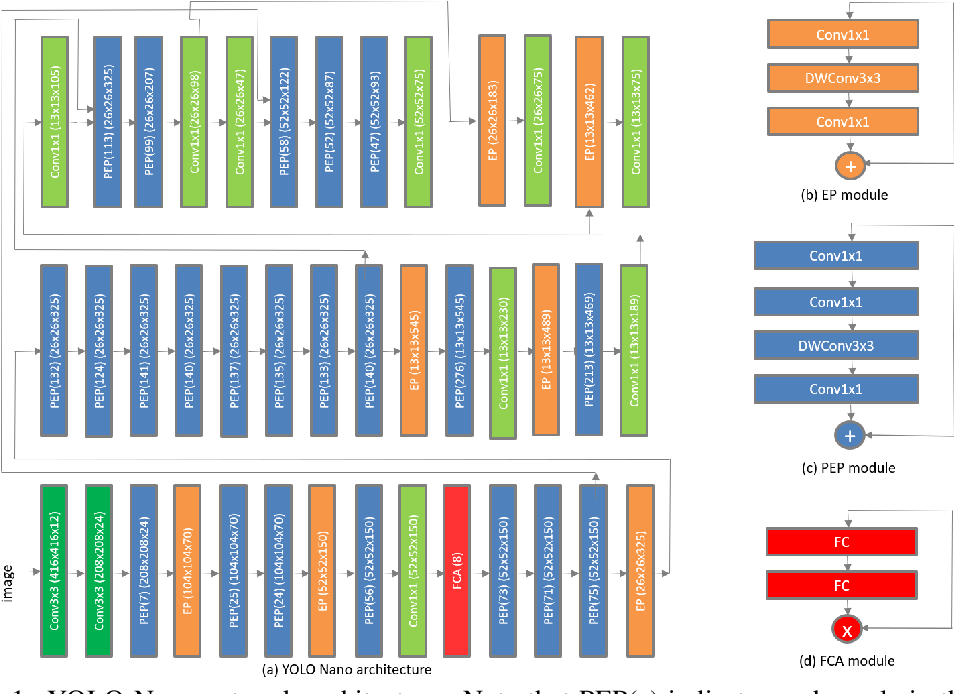 Object detection remains an active area of research in the field of computer vision, and considerable advances and successes has been achieved in this area through the design of deep convolutional neural networks for tackling object detection. Despite these successes, one of the biggest challenges to widespread deployment of such object detection networks on edge and mobile scenarios is the high computational and memory requirements. As such, there has been growing research interest in the design of efficient deep neural network architectures catered for edge and mobile usage. In this study, we introduce YOLO Nano, a highly compact deep convolutional neural network for the task of object detection. A human-machine collaborative design strategy is leveraged to create YOLO Nano, where principled network design prototyping, based on design principles from the YOLO family of single-shot object detection network architectures, is coupled with machine-driven design exploration to create a compact network with highly customized module-level macroarchitecture and microarchitecture designs tailored for the task of embedded object detection. The proposed YOLO Nano possesses a model size of ~4.0MB (>15.1x and >8.3x smaller than Tiny YOLOv2 and Tiny YOLOv3, respectively) and requires 4.57B operations for inference (>34% and ~17% lower than Tiny YOLOv2 and Tiny YOLOv3, respectively) while still achieving an mAP of ~69.1% on the VOC 2007 dataset (~12% and ~10.7% higher than Tiny YOLOv2 and Tiny YOLOv3, respectively). Experiments on inference speed and power efficiency on a Jetson AGX Xavier embedded module at different power budgets further demonstrate the efficacy of YOLO Nano for embedded scenarios. 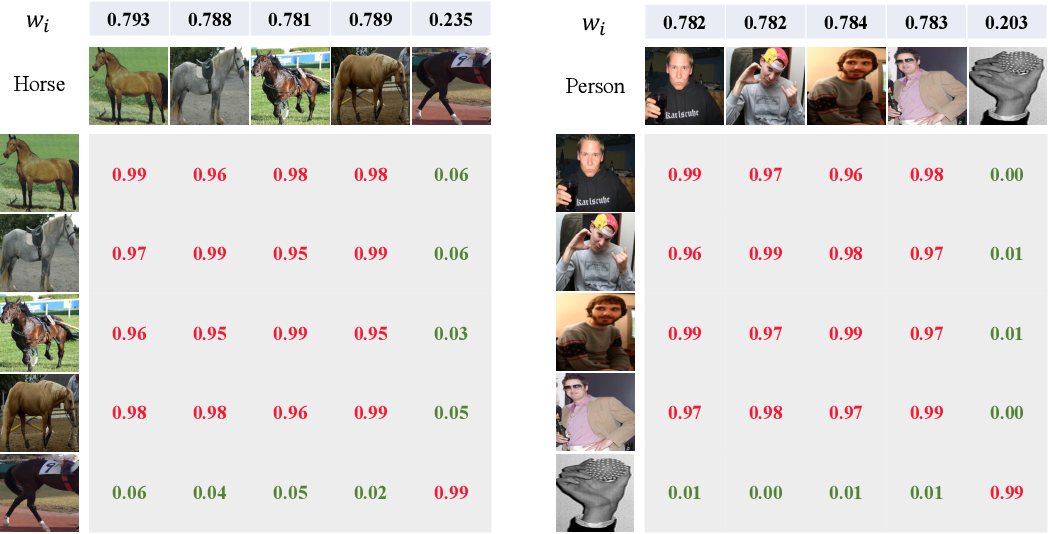 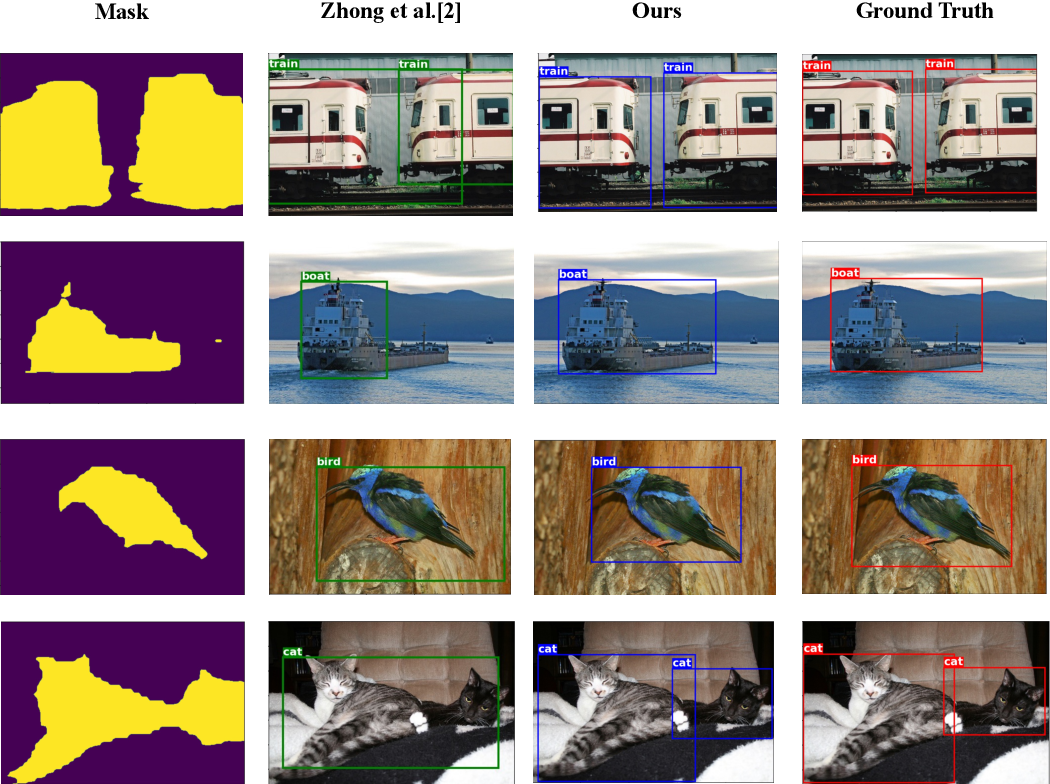 Object detection is a fundamental task in computer vision. While approaches for axis-aligned bounding box detection have made substantial progress in recent years, they perform poorly on oriented objects which are common in several real-world scenarios such as aerial view imagery and security camera footage. In these cases, a large part of a predicted bounding box will, undesirably, cover non-object related areas. Therefore, oriented object detection has emerged with the aim of generalizing object detection to arbitrary orientations. This enables a tighter fit to oriented objects, leading to a better separation of bounding boxes especially in case of dense object distributions. The vast majority of the work in this area has focused on complex two-stage anchor-based approaches. Anchors act as priors on the bounding box shape and require attentive hyper-parameter fine-tuning on a per-dataset basis, increased model size, and come with computational overhead. In this work, we present DAFNe: A Dense one-stage Anchor-Free deep Network for oriented object detection. As a one-stage model, DAFNe performs predictions on a dense grid over the input image, being architecturally simpler and faster, as well as easier to optimize than its two-stage counterparts. Furthermore, as an anchor-free model, DAFNe reduces the prediction complexity by refraining from employing bounding box anchors. Moreover, we introduce an orientation-aware generalization of the center-ness function for arbitrarily oriented bounding boxes to down-weight low-quality predictions and a center-to-corner bounding box prediction strategy that improves object localization performance. DAFNe improves the prediction accuracy over the previous best one-stage anchor-free model results on DOTA 1.0 by 4.65% mAP, setting the new state-of-the-art results by achieving 76.95% mAP.

The detection of tiny objects in microscopic videos is a problematic point, especially in large-scale experiments. For tiny objects (such as sperms) in microscopic videos, current detection methods face challenges in fuzzy, irregular, and precise positioning of objects. In contrast, we present a convolutional neural network for tiny object detection (TOD-CNN) with an underlying data set of high-quality sperm microscopic videos (111 videos, $>$ 278,000 annotated objects), and a graphical user interface (GUI) is designed to employ and test the proposed model effectively. TOD-CNN is highly accurate, achieving $85.60\%$ AP$_{50}$ in the task of real-time sperm detection in microscopic videos. To demonstrate the importance of sperm detection technology in sperm quality analysis, we carry out relevant sperm quality evaluation metrics and compare them with the diagnosis results from medical doctors. 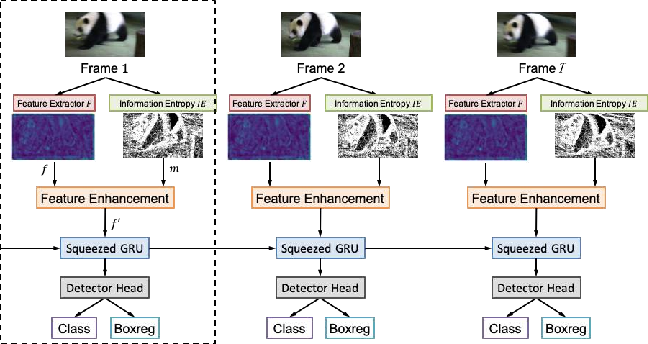 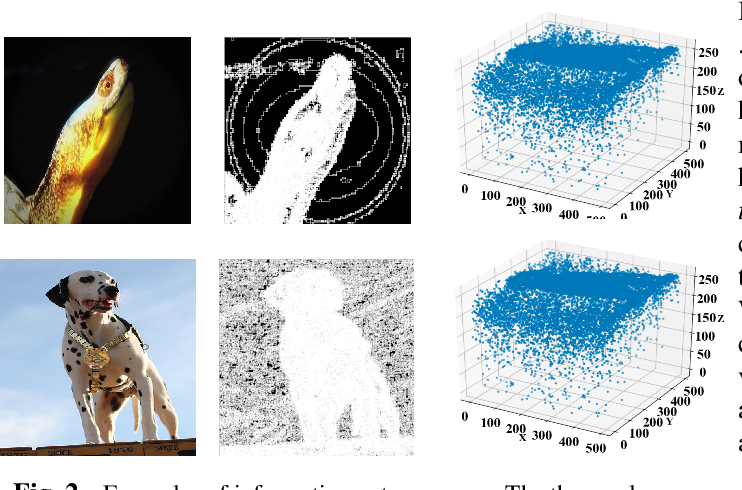 Recently, deep learning based video object detection has attracted more and more attention. Compared with object detection of static images, video object detection is more challenging due to the motion of objects, while providing rich temporal information. The RNN-based algorithm is an effective way to enhance detection performance in videos with temporal information. However, most studies in this area only focus on accuracy while ignoring the calculation cost and the number of parameters. In this paper, we propose an efficient method that combines channel-reduced convolutional GRU (Squeezed GRU), and Information Entropy map for video object detection (SGE-Net). The experimental results validate the accuracy improvement, computational savings of the Squeezed GRU, and superiority of the information entropy attention mechanism on the classification performance. The mAP has increased by 3.7 contrasted with the baseline, and the number of parameters has decreased from 6.33 million to 0.67 million compared with the standard GRU.